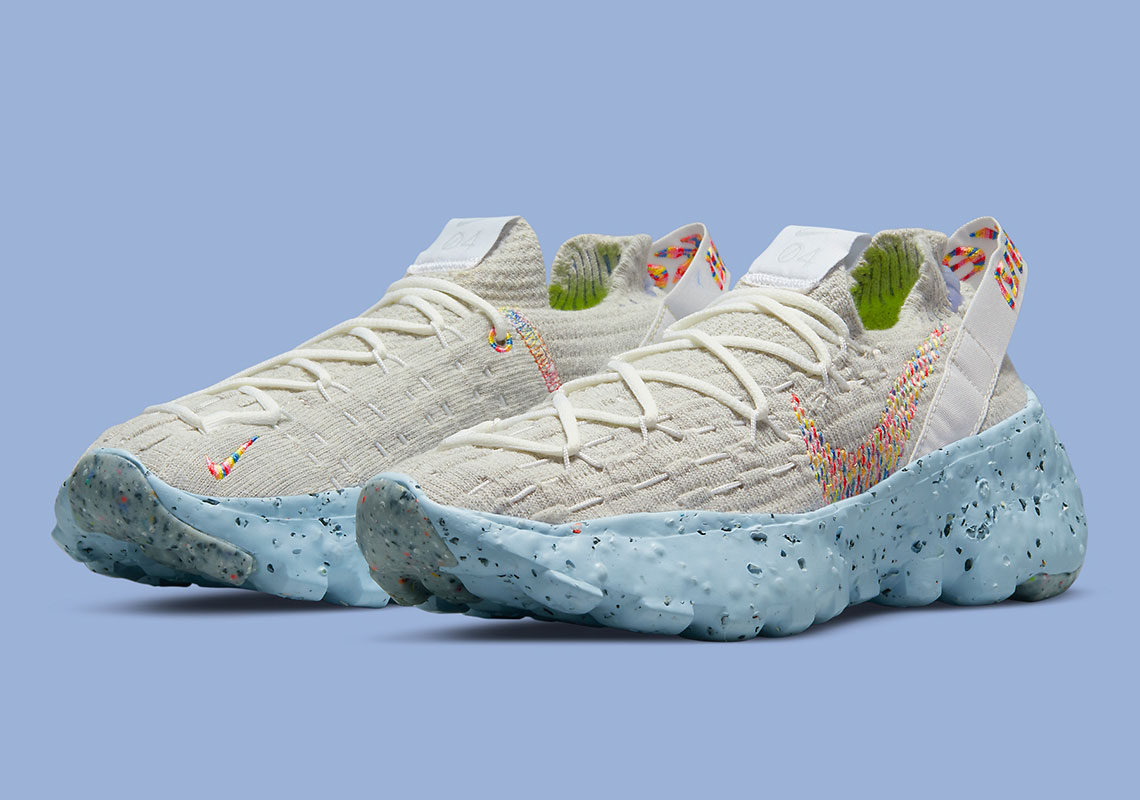 Launched back in 2020, Nike’s Space Hippie line has maintained a decent cult following thanks to having both the uppers and sole unit groundbreakingly constructed from recycled materials. The Space Hippie 04 in particular has received quite some attention from the Swoosh’s design team, already boasting a handful of colorway. Although the last we’ve heard regarding a new colorway for the sustainable franchise’s fourth installment was back in January, a new arrangement has been revealed, featuring a couple of familiar elements.

The pair sees its breathable, sock-like uppers tinted in a grey Photo Dust that is comparable to a Space Hippie 01 that surfaced just a few weeks prior. Similar to the aforementioned pair, this new model also uses obvious, rainbow-colored stitches to form the Swoosh on the lateral side. Rainbow threading also lands on the pull tab detail near the heel to spell out “NIKE.” As for the signature Crater Foam sole, this new offering opts for a baby blue shade that has been seen on multiple Space Hippie releases last year. A tongue label that reads “04” rounds out the look and embraces its place among the innovative, eco-conscious line.

Check out the official images here below as you wait for the pair to arrive at Nike.com in the near future for $130. 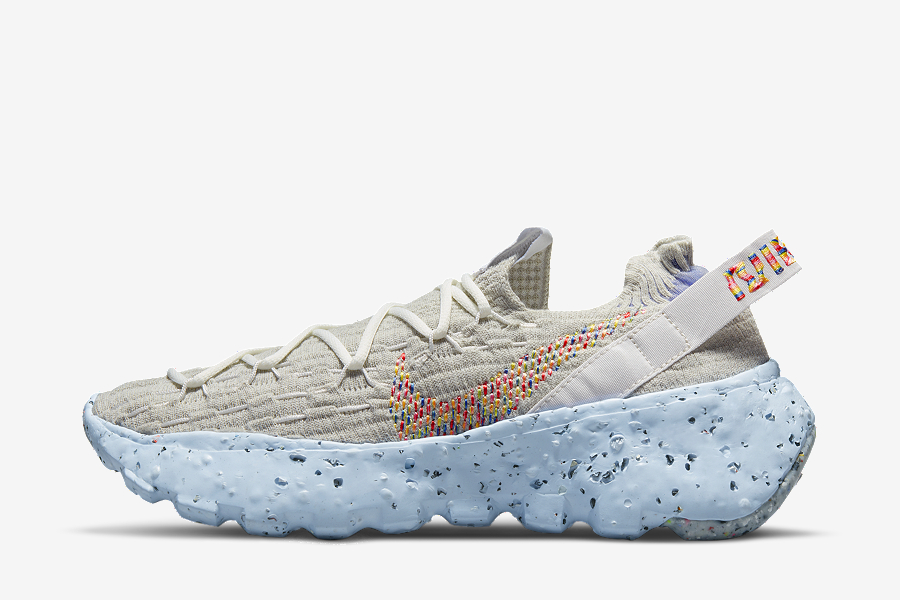 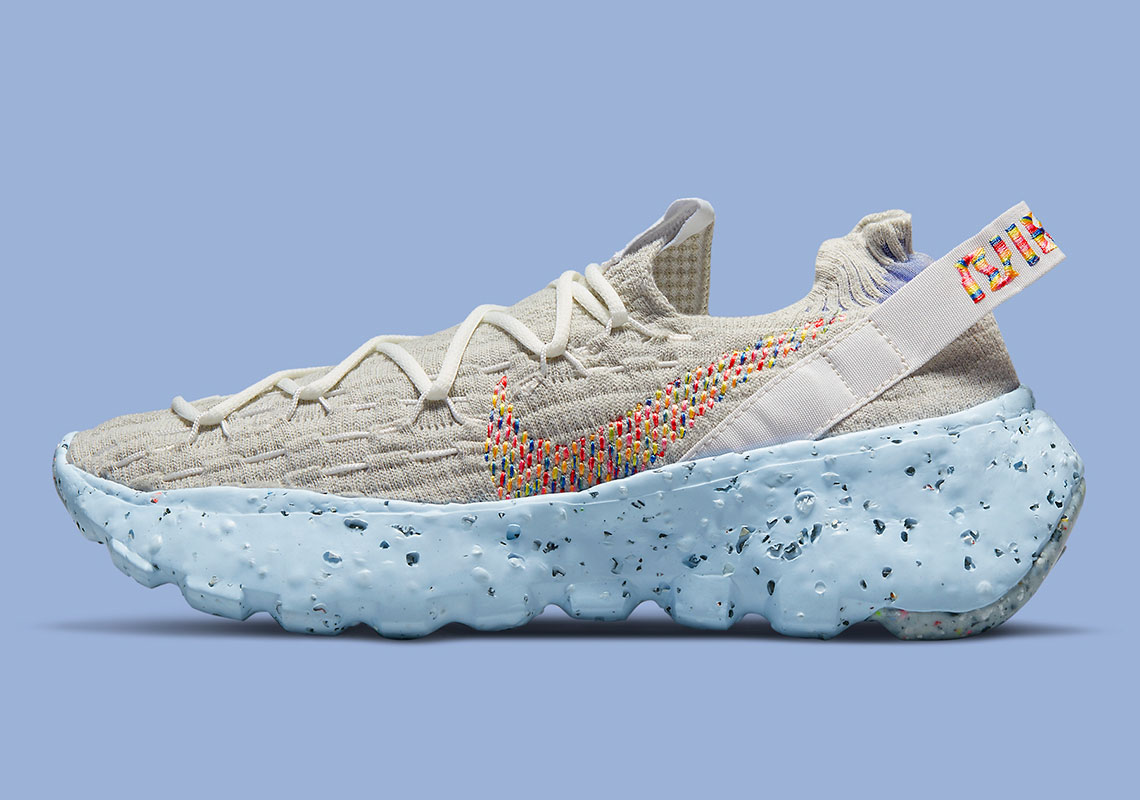 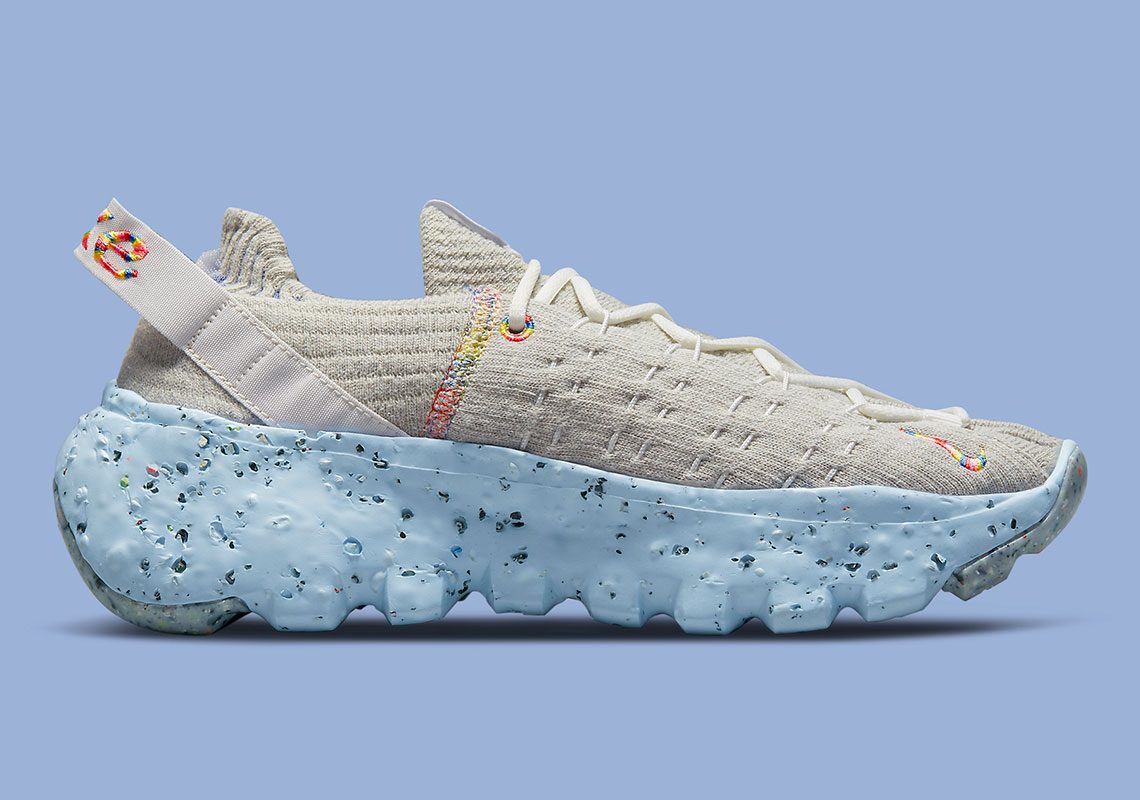 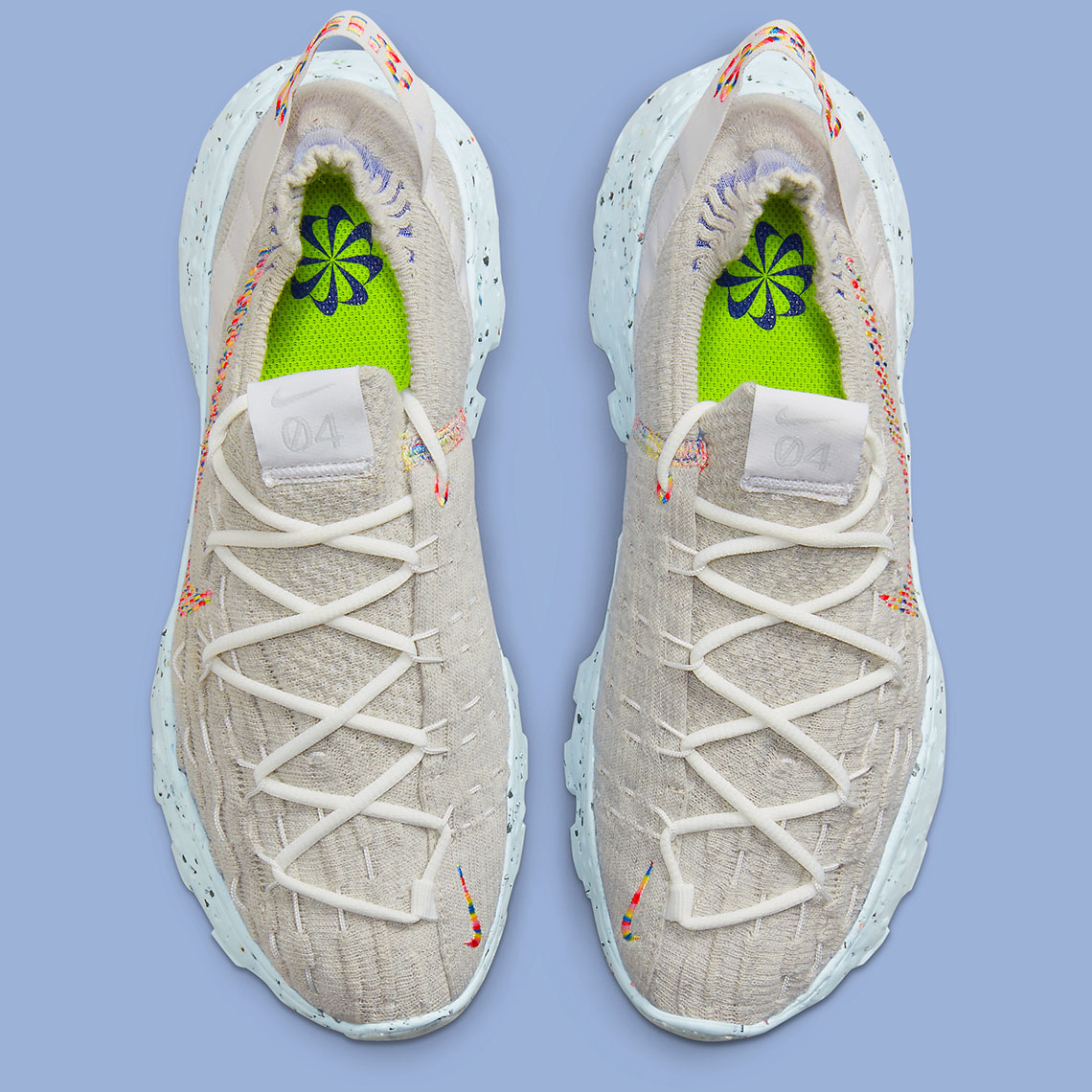 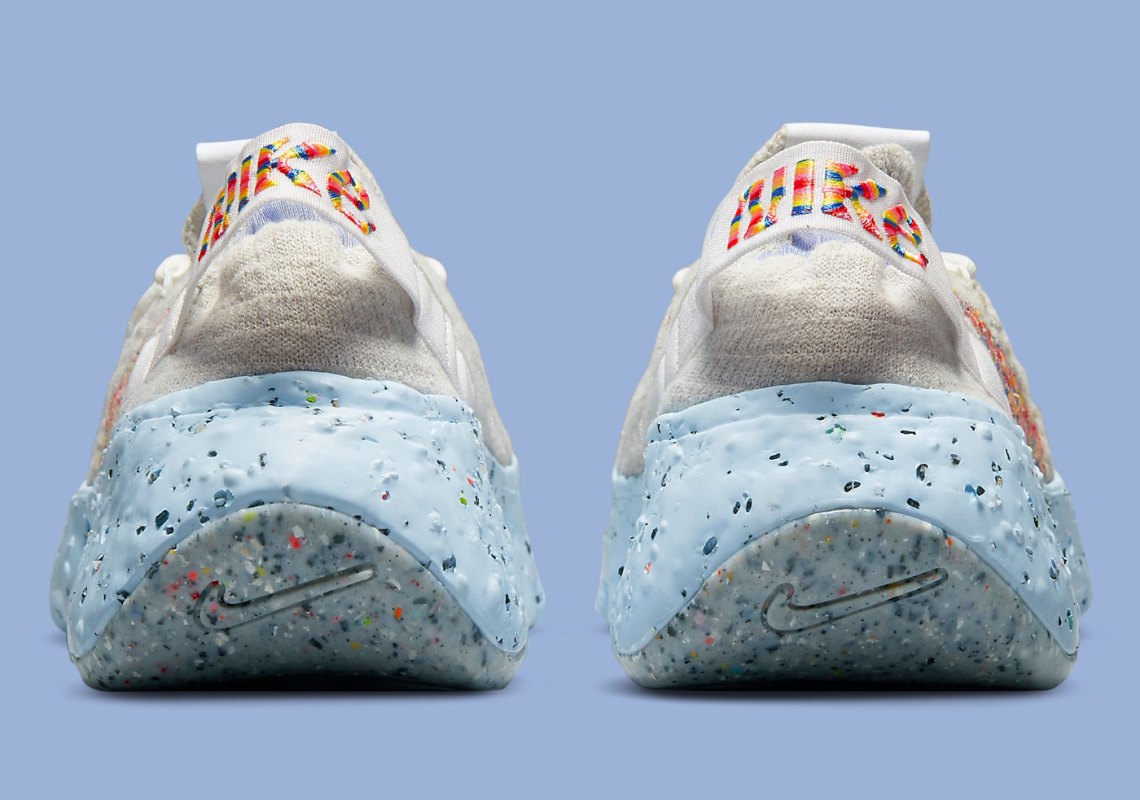 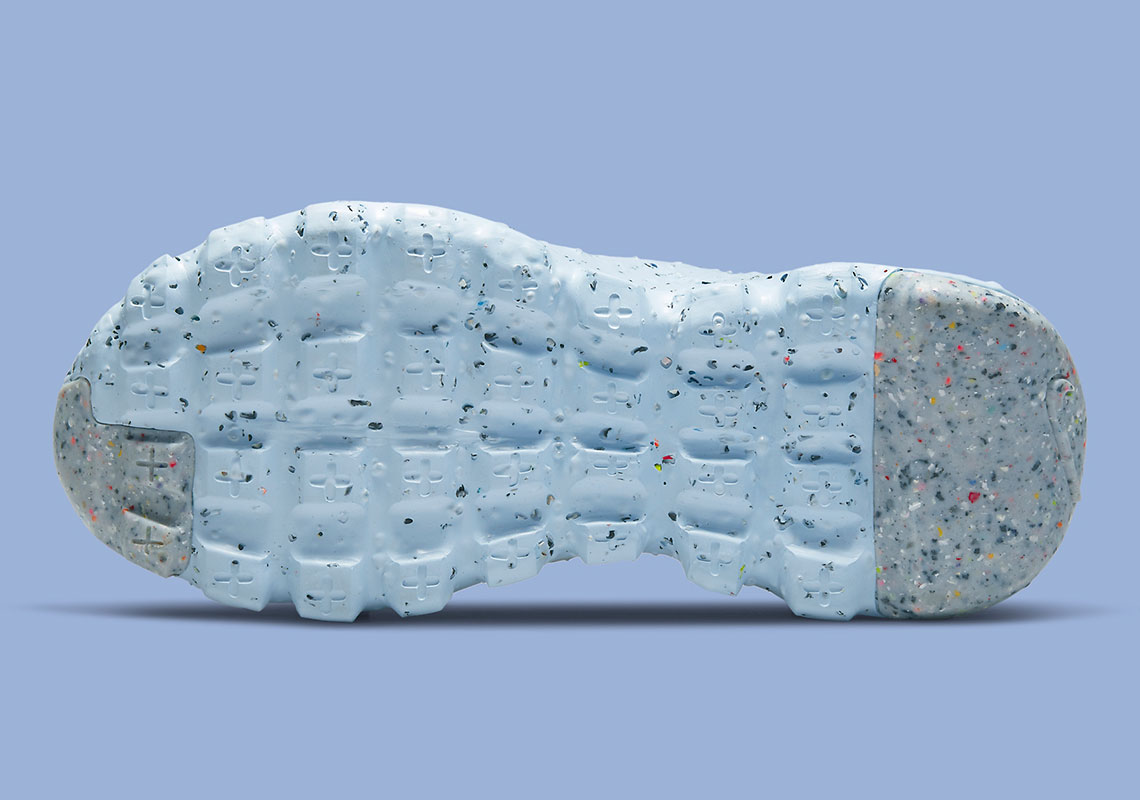 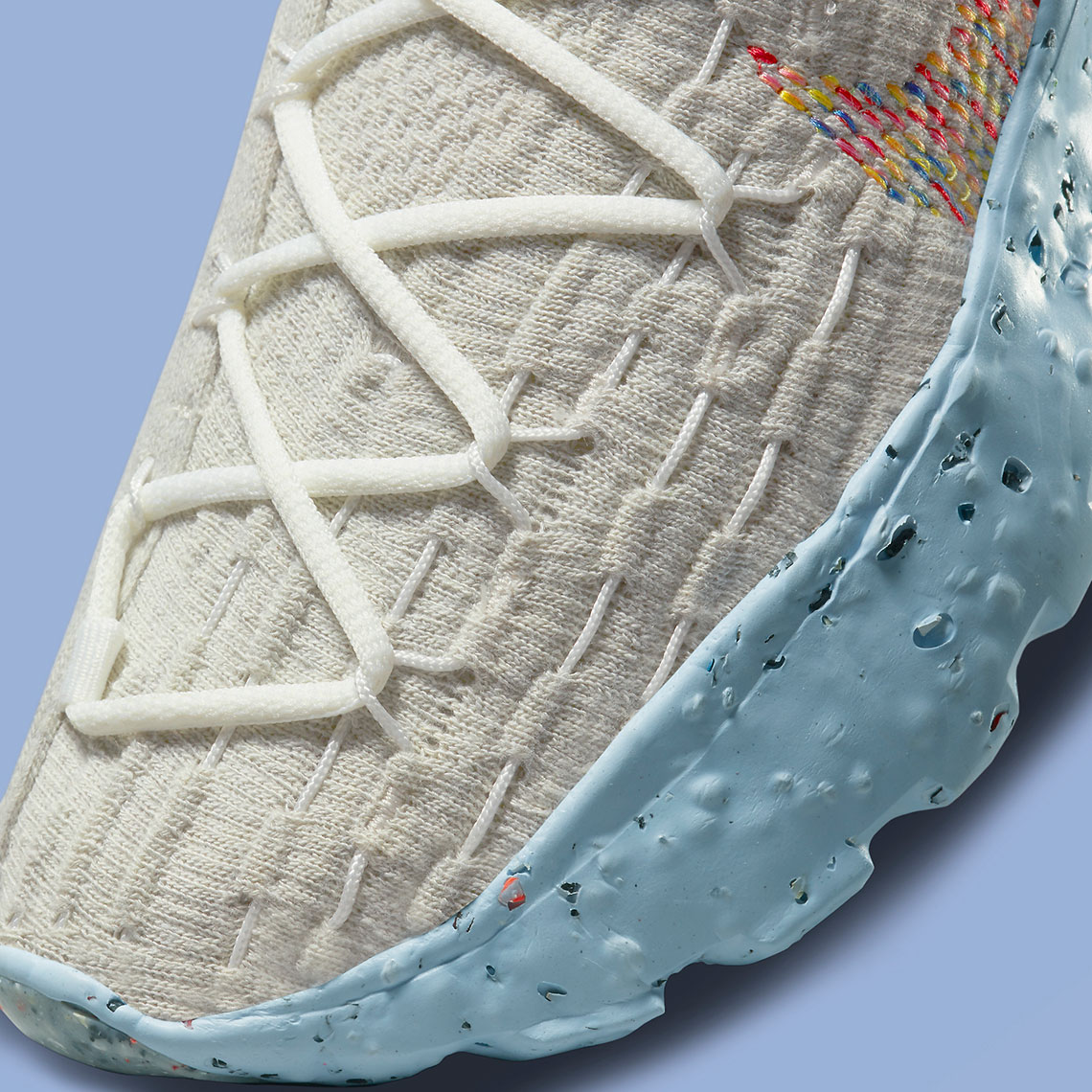 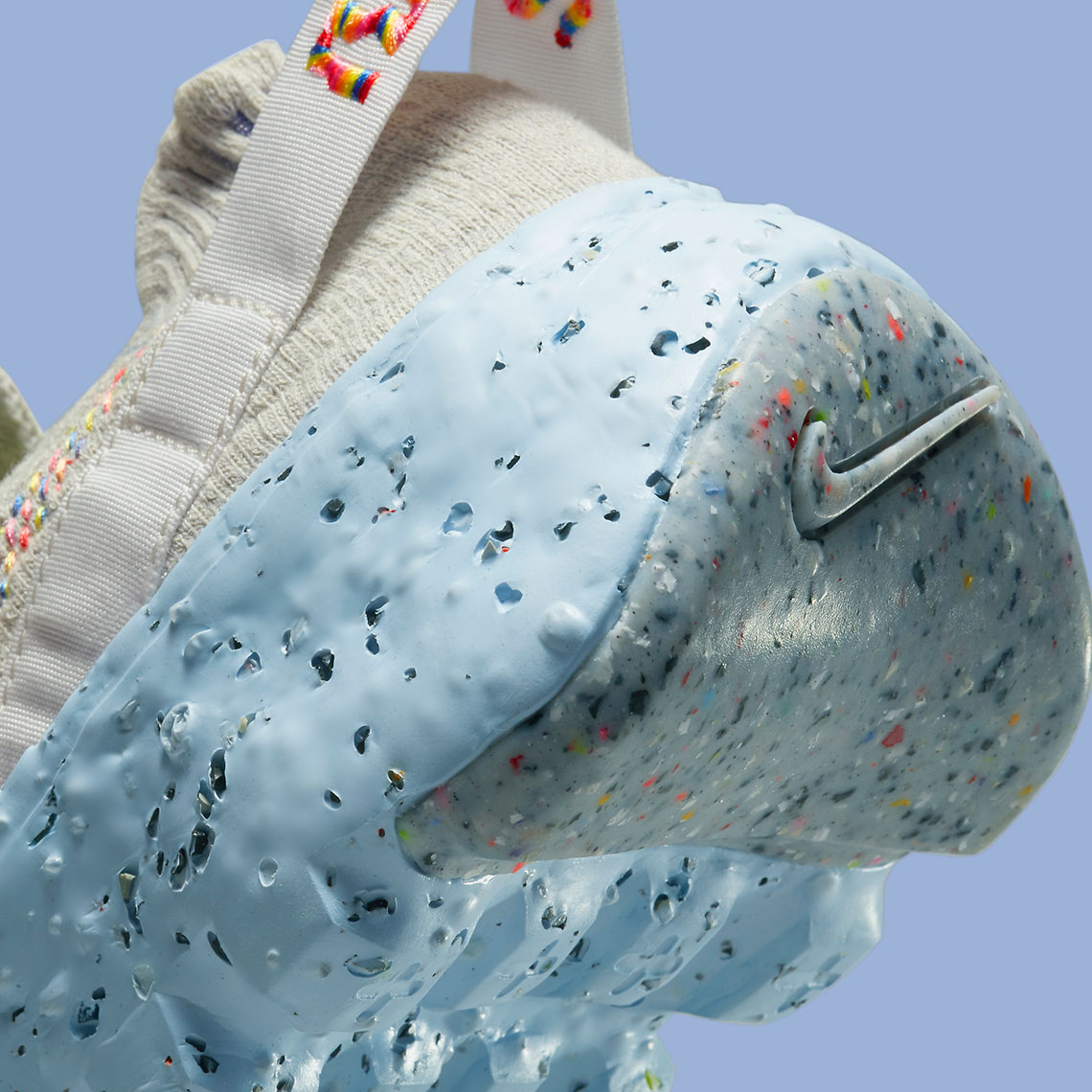