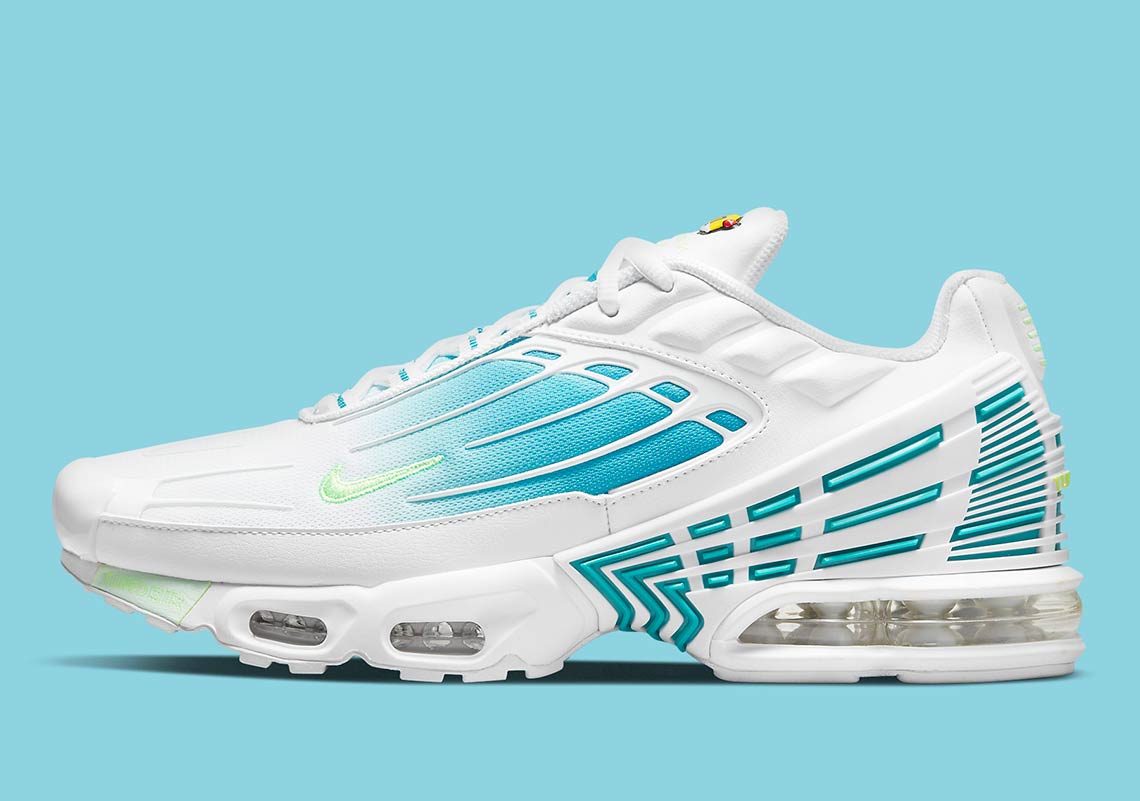 Quite a while back during the Fall of last year, the Nike Air Max Plus 3 was releasing many a colorway. And as the season begun to take a turn towards the cold, the silhouette donned an icy “Laser Blue” make-up. And though nearly a half-year thereafter, references to said release have just surfaced featuring a blocking and palette near identical.

The differences are rather minimal, but to better suit the warming weather, the light aqua blue touches have melted away quite a bit. As a result, the toe is more fully white, with miniature, embroidered Swooshes clad atop in a light “Volt” shade. The cool tones, then, begin to set in further back, progressively transitioning to fuller color. The counter, tongue, and lining, though, disrupt the upwards movement, finishing over top in the aforementioned neutral. Accents more neon-like in look do layer over, referencing the palette’s more standout choices.

Grab a close-up peek at these via the official images below. A release is due to hit Nike.com and select retailers likely very soon.

In other news, the Air Max 90 Bacon is hitting the shelves once again this week. 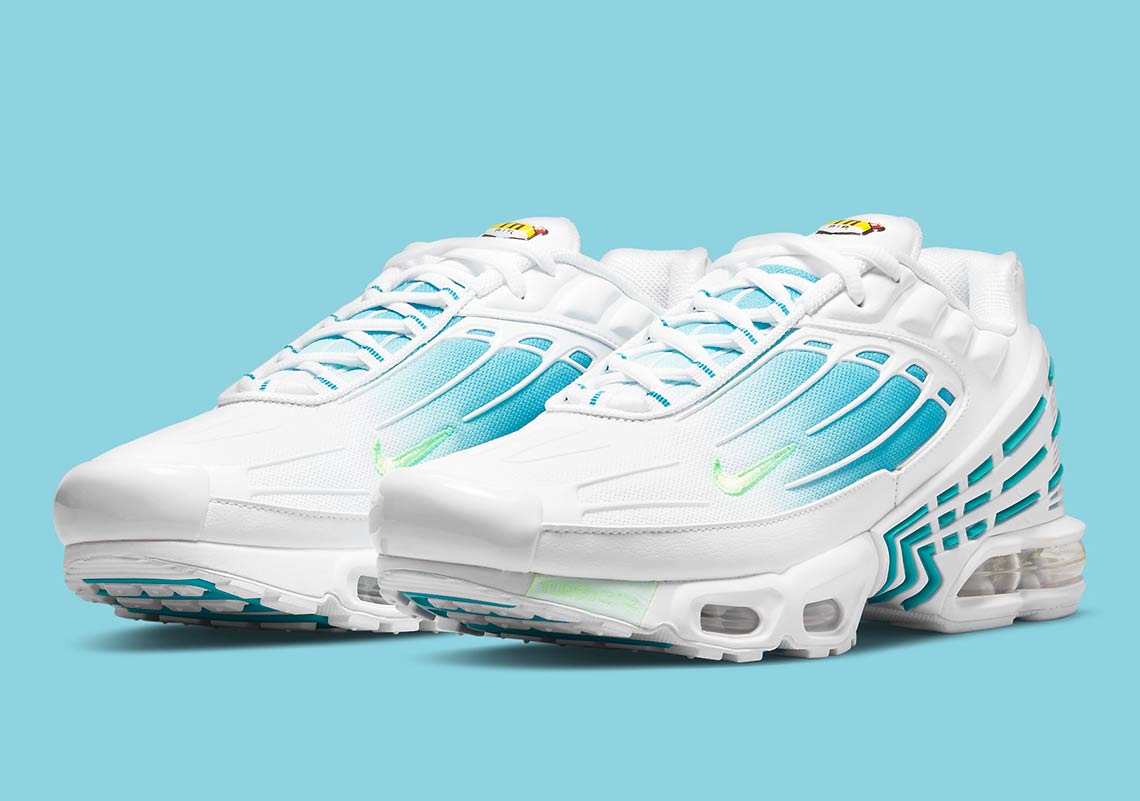 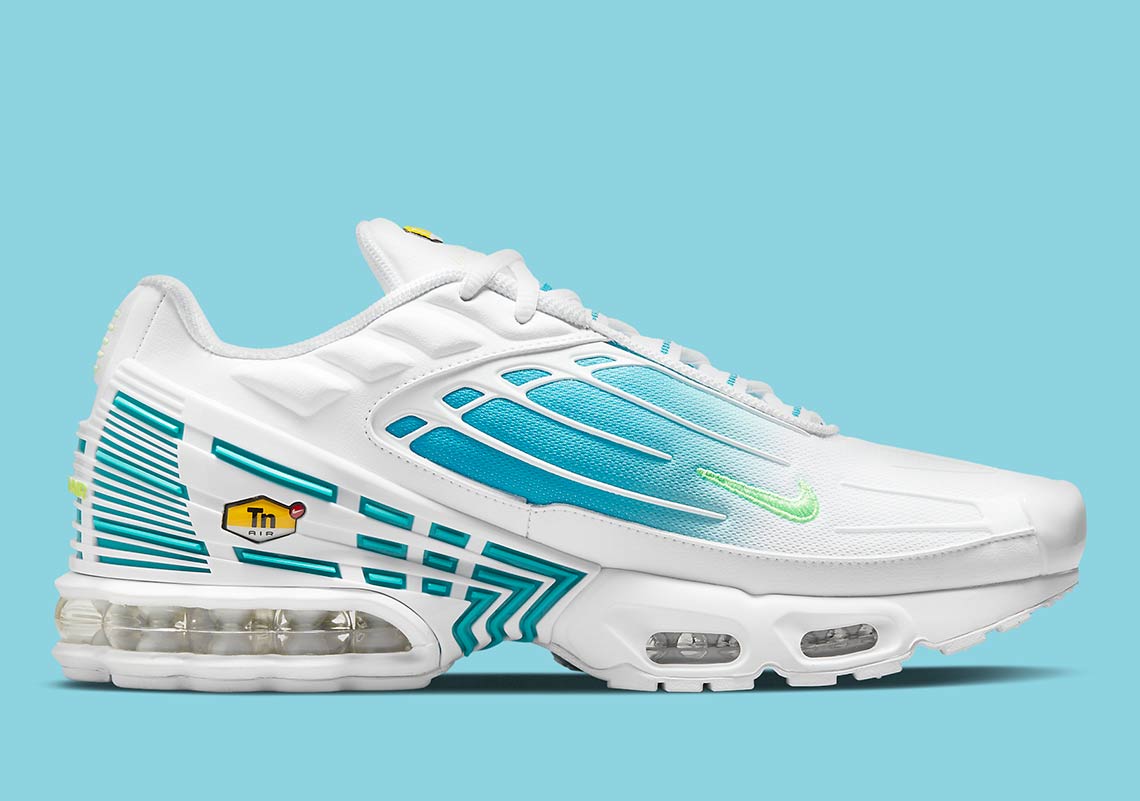 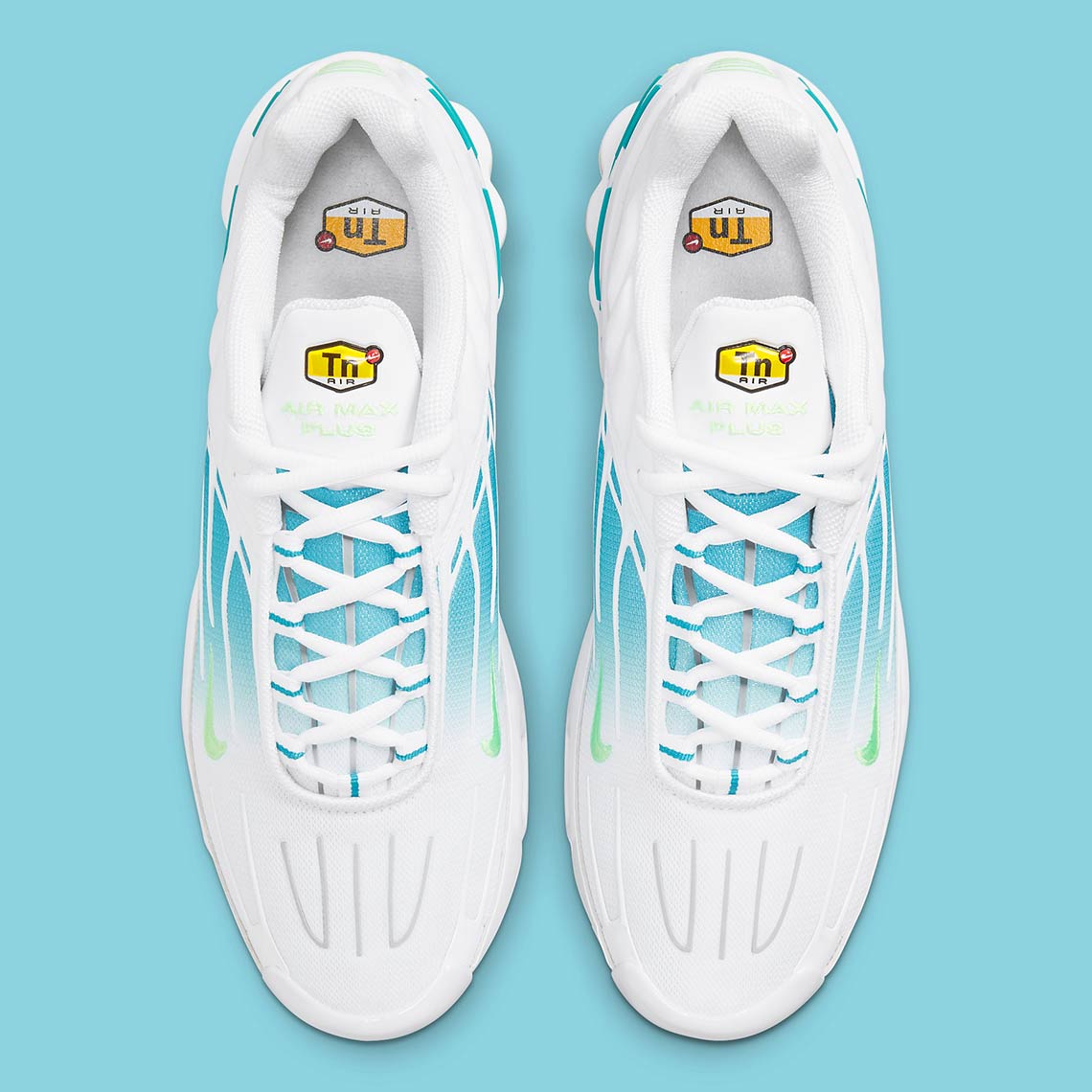 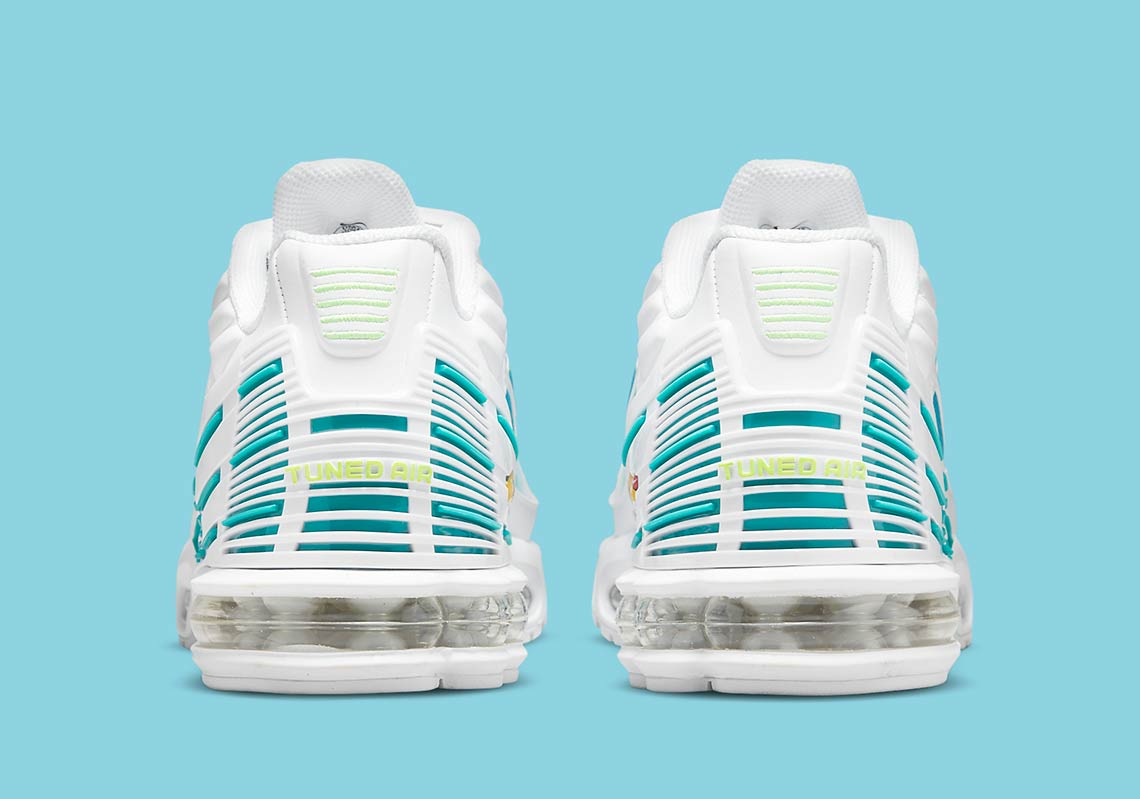 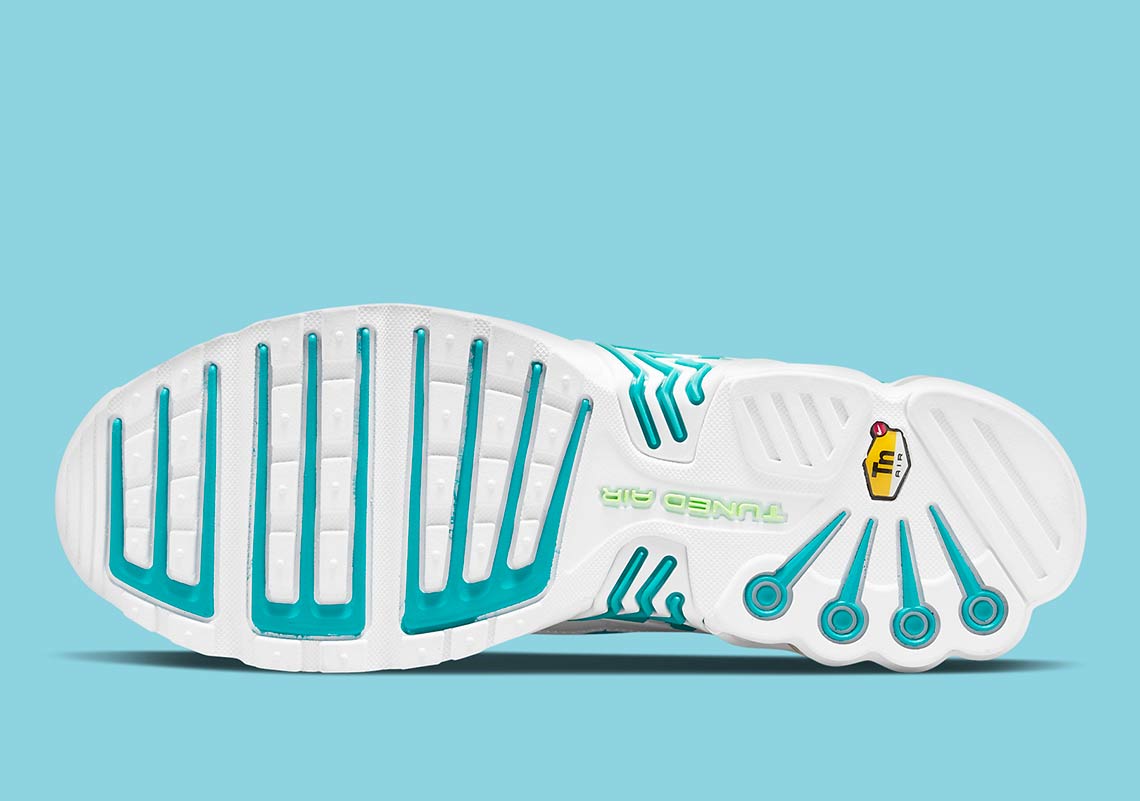 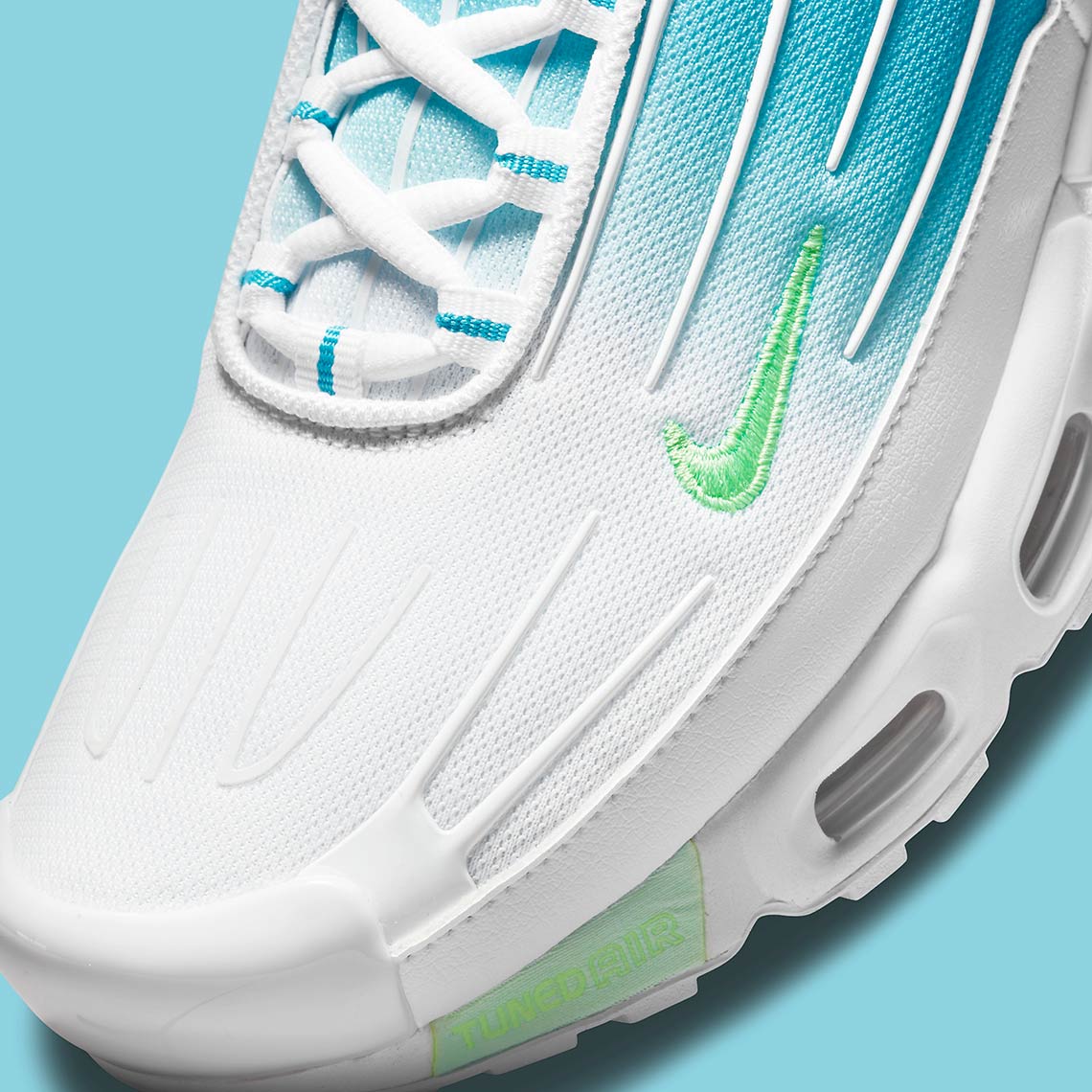 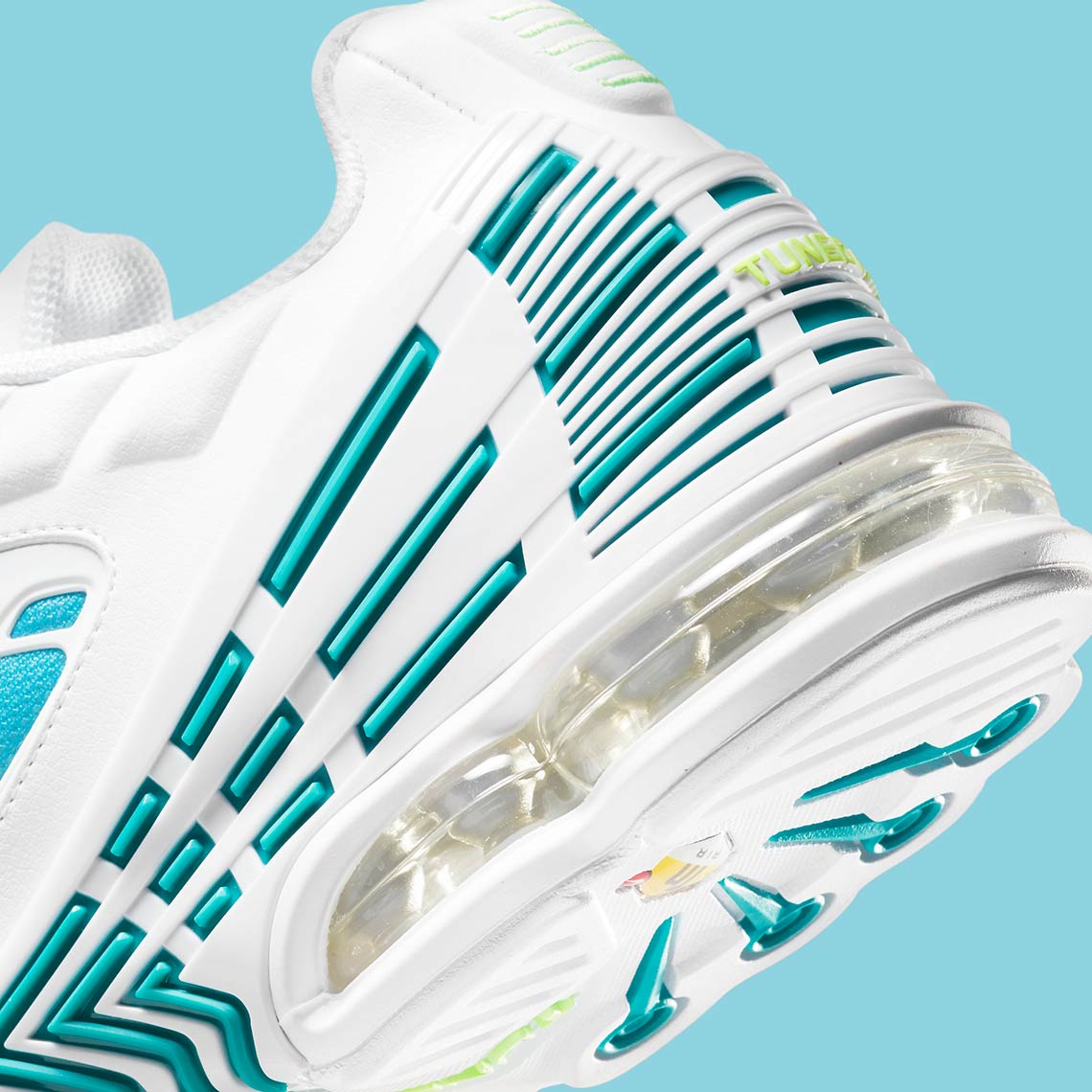 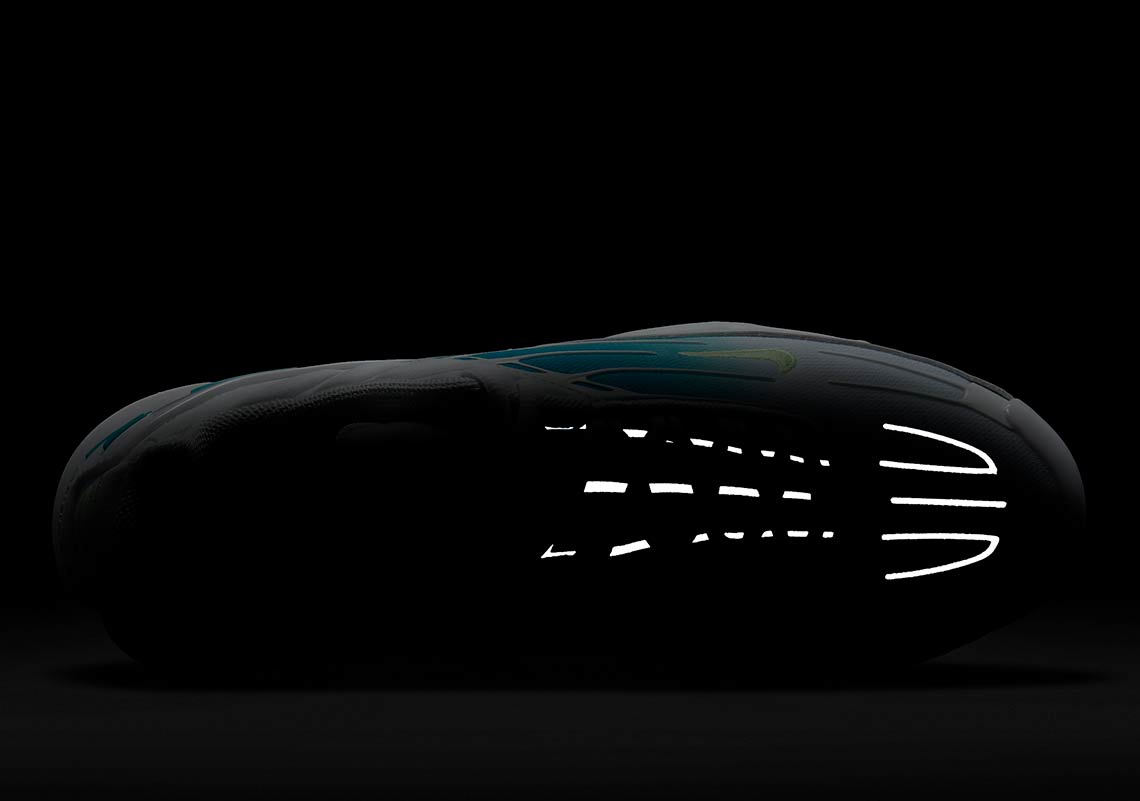