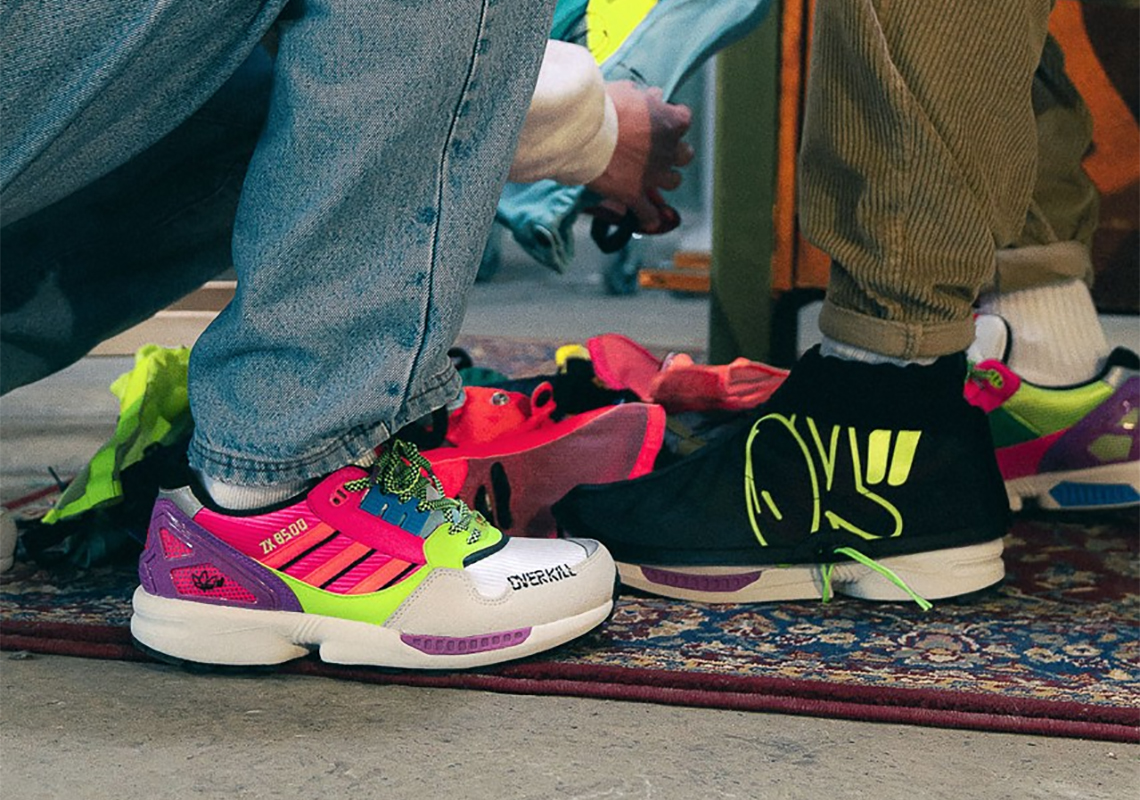 adidas‘ A-ZX Series has tapped global collaborators to breathe new life into one of the brand’s most important lines ever. For the latest installment of the 26-pair collection, the German sportswear manufacturer has teamed up with Overkill for the ZX 8500.

A hybrid of the ZX 8000 and ZX 9000, the forthcoming model intentionally indulges in an “overkill” of ideas. For starters, it successfully fuses two silhouettes from the storied ZX franchise, while keeping both designs’ identities in-tact. Although “Crystal White” takes over much of the shoe, vibrant “Signal Green” is accompanied by near-fluorescent pink, purple, yellow and red in order to nod to the bold color palette of Montana Gold graffiti cans. But the homages aren’t limited to painting materials: Overkill commemorates its hometown of Berlin with a concrete-inspired mudguard around the forefoot (after all, the German city is known for its slab construction tristesse).

Elsewhere, the European boutique has implemented a bevy of own logos, nods to graffiti culture and reworked Three Stripes branding. Yet, Overkill’s most eye-catching design-choice on its A-ZX Series entry is undoubtedly the understated, protective overshoe included in the box. Hypothetically, wearers could rock the ZX 8500 to “bomb” a wall or sign without fearing that spray paint will stain the Torsion system-backed pair. Additionally, five sets of laces are included with the shoes, as well as thematic lace dubraes.

Enjoy images of the ZX 8500 by Overkill here below, and head over to Overkill.com on April 9th to secure your pair and other goodies prepped by Berlin’s legendary 1UP crew.

For more under the adidas umbrella, check out all new Yeezys rumored and confirmed for the reminder of 2021. 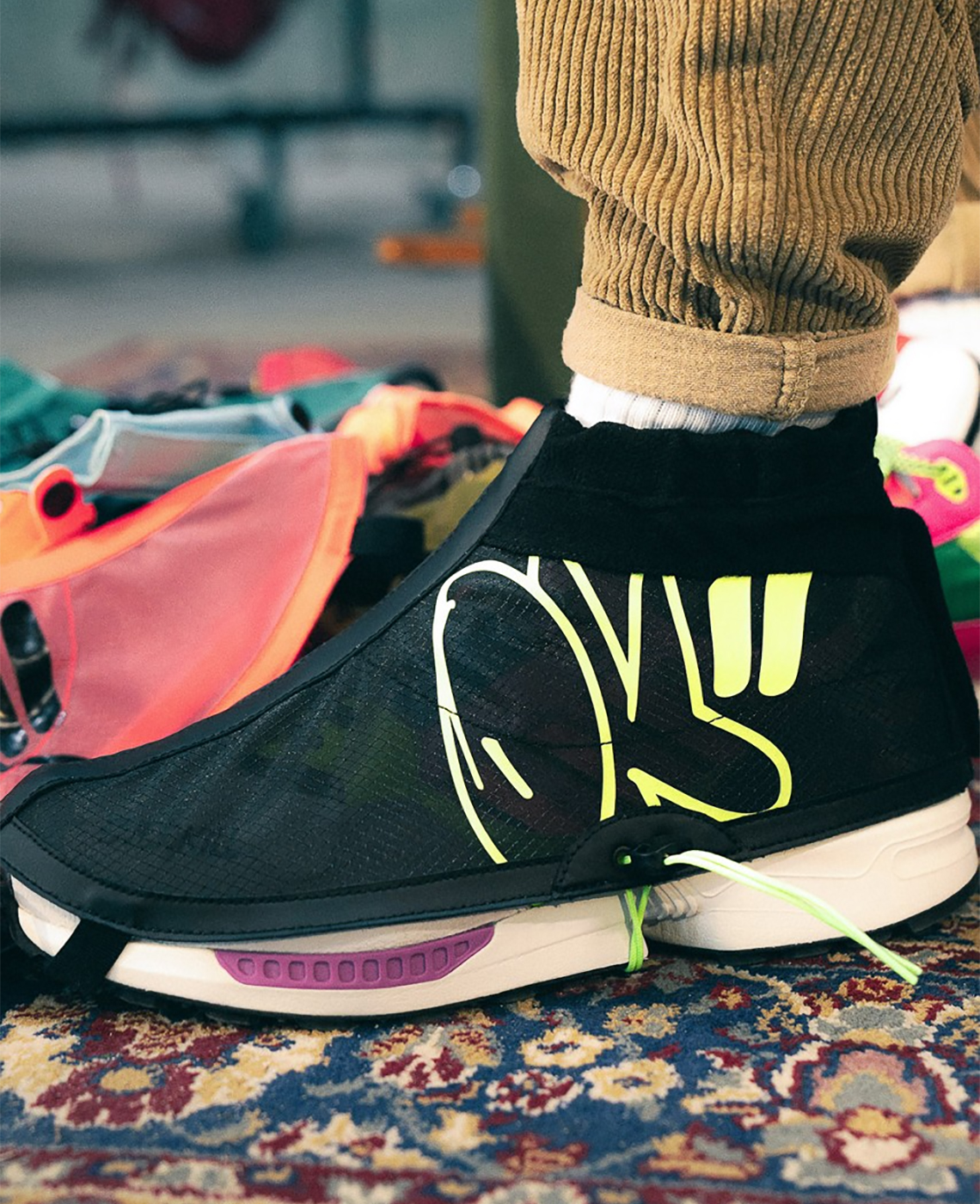 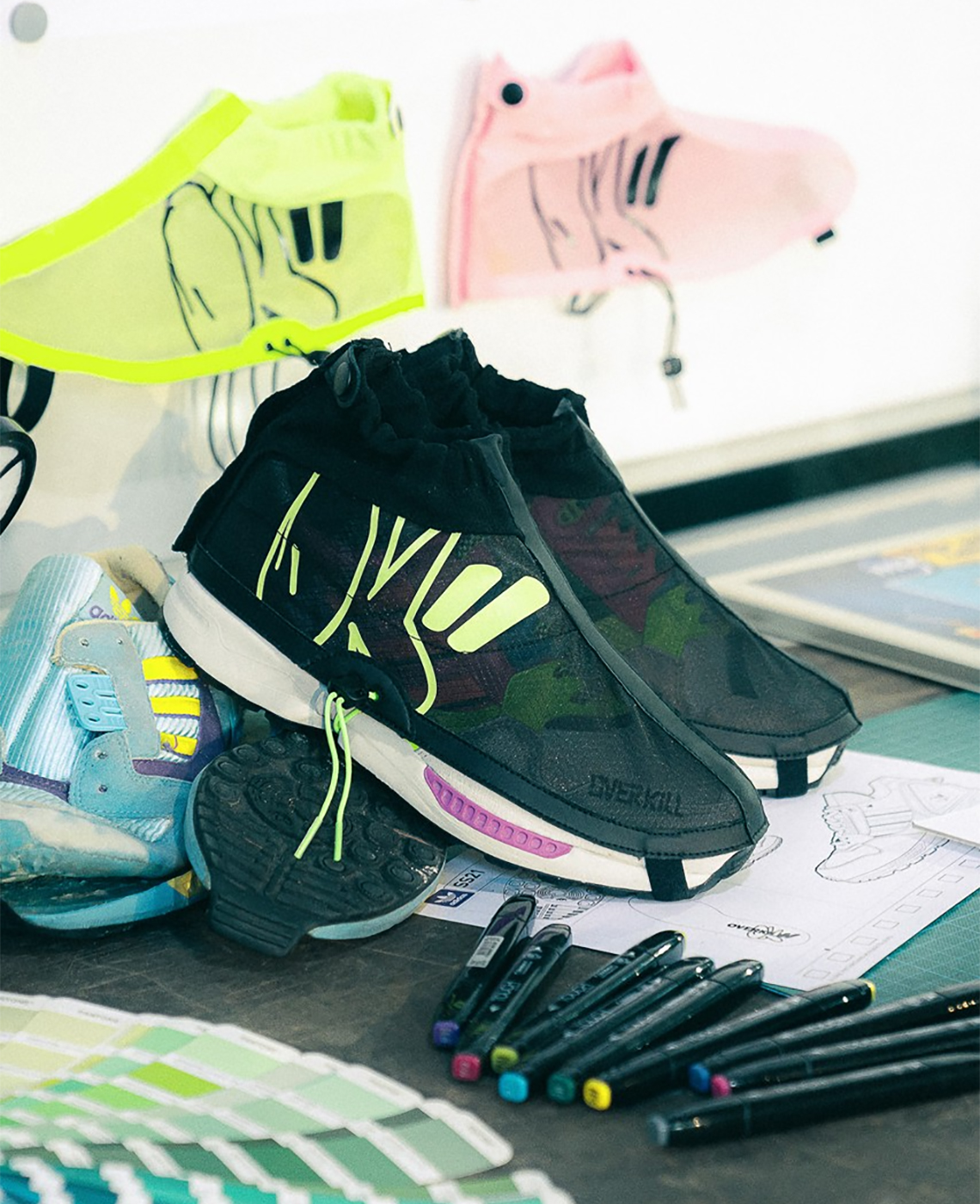 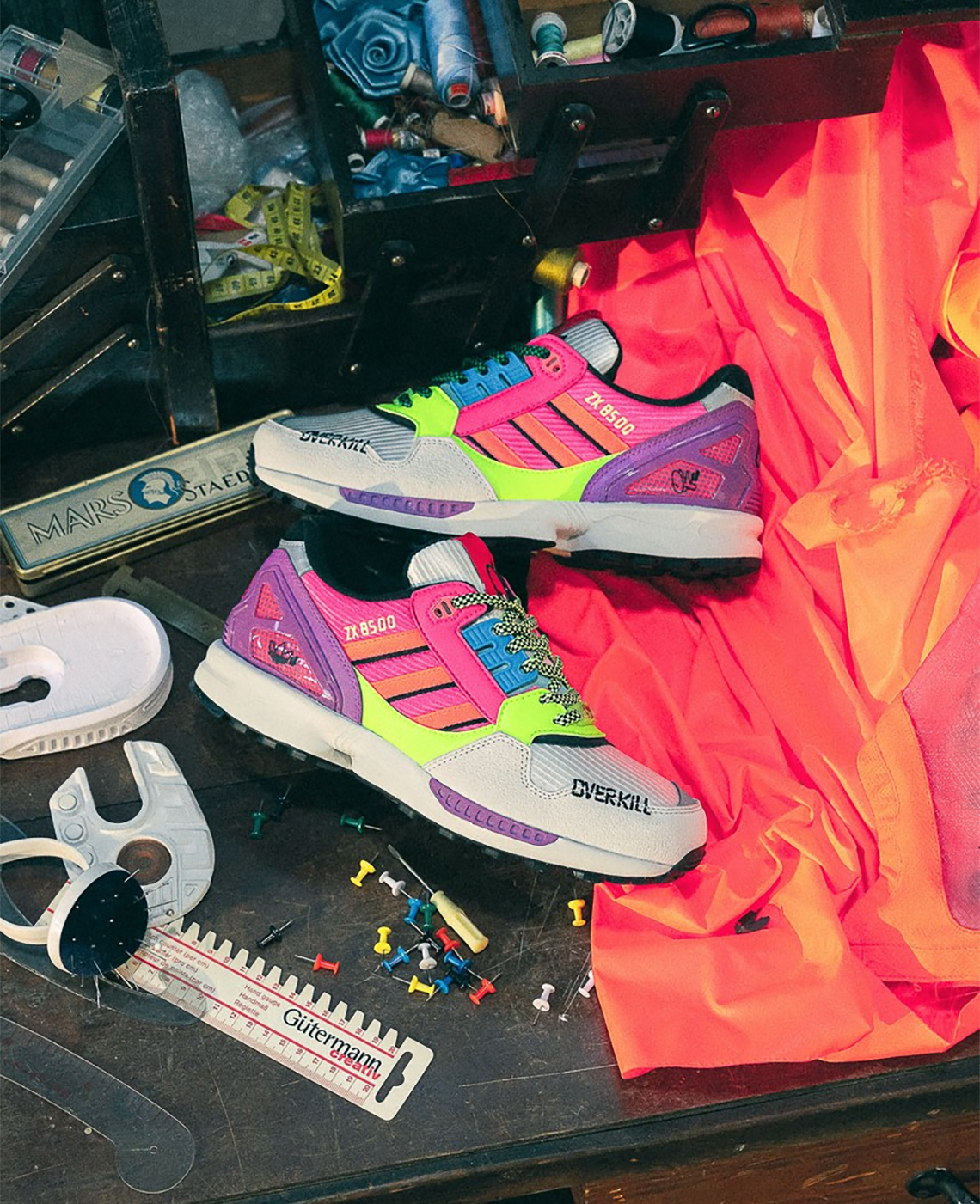 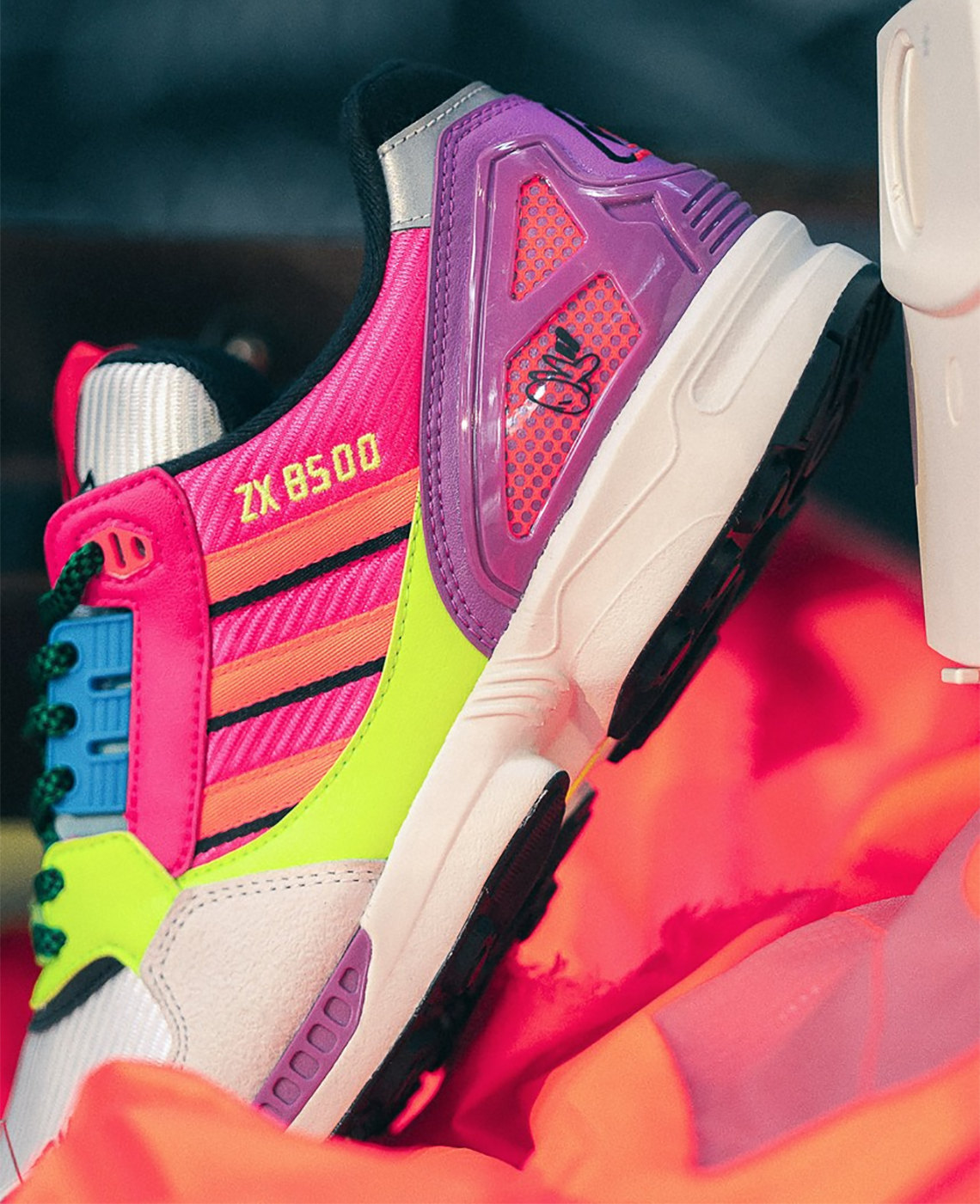 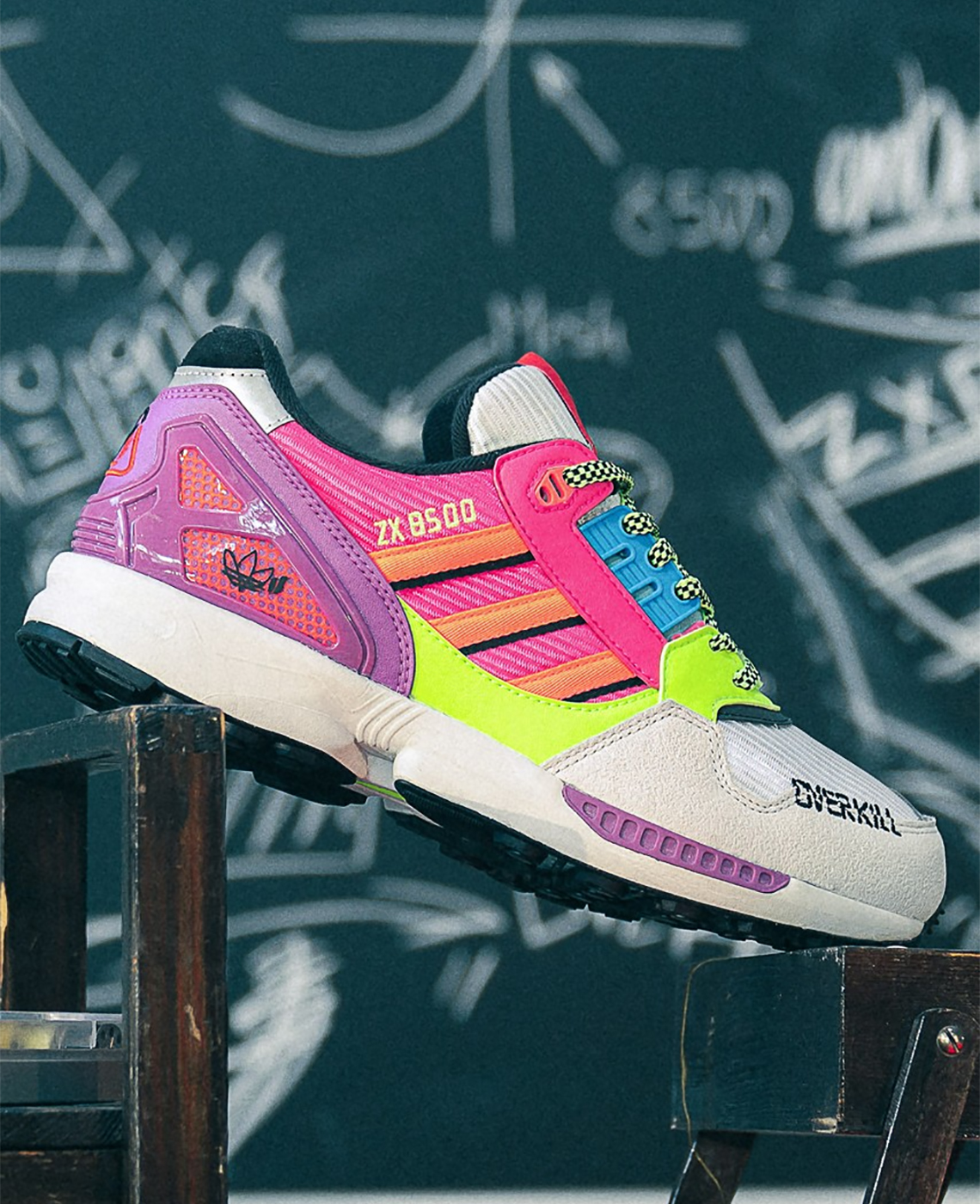 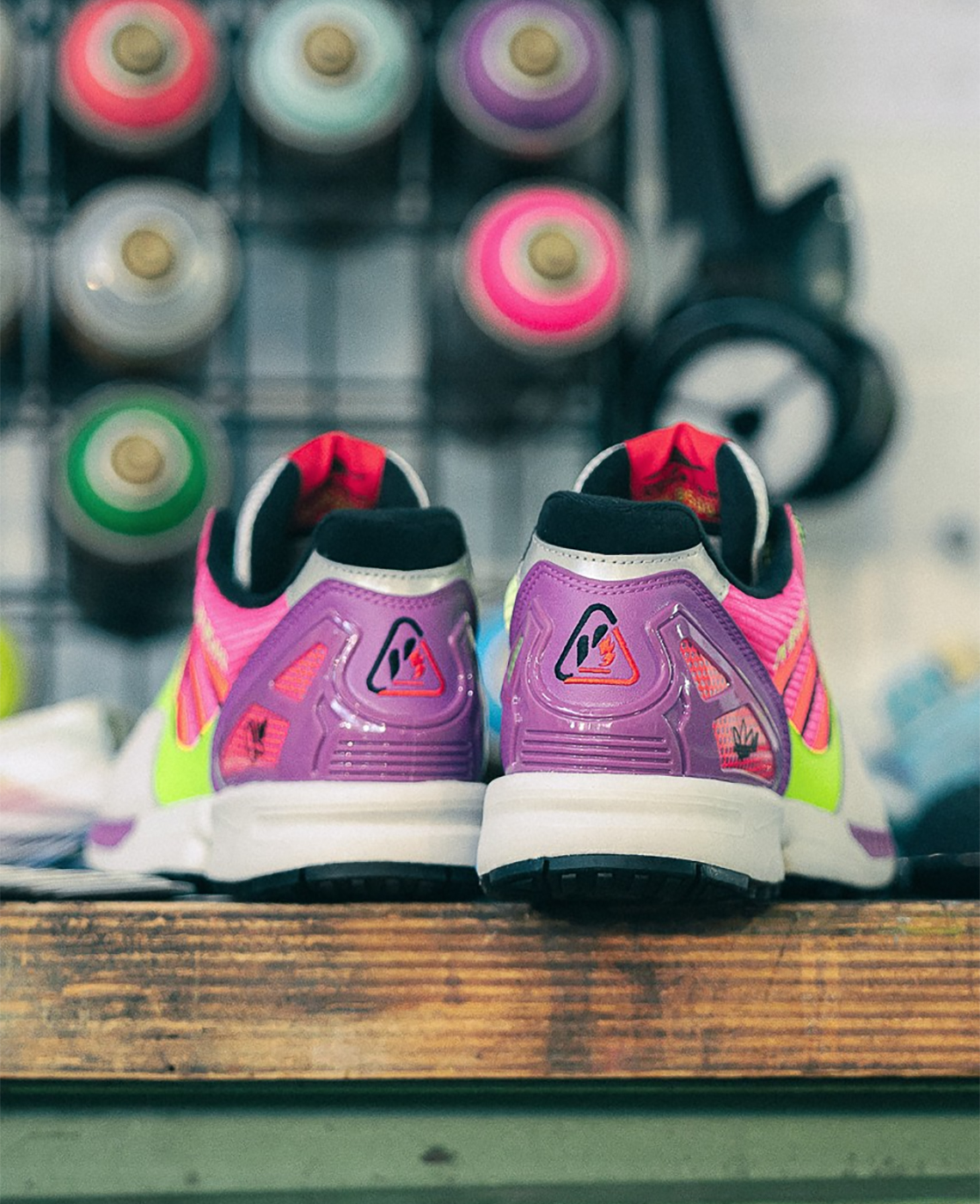 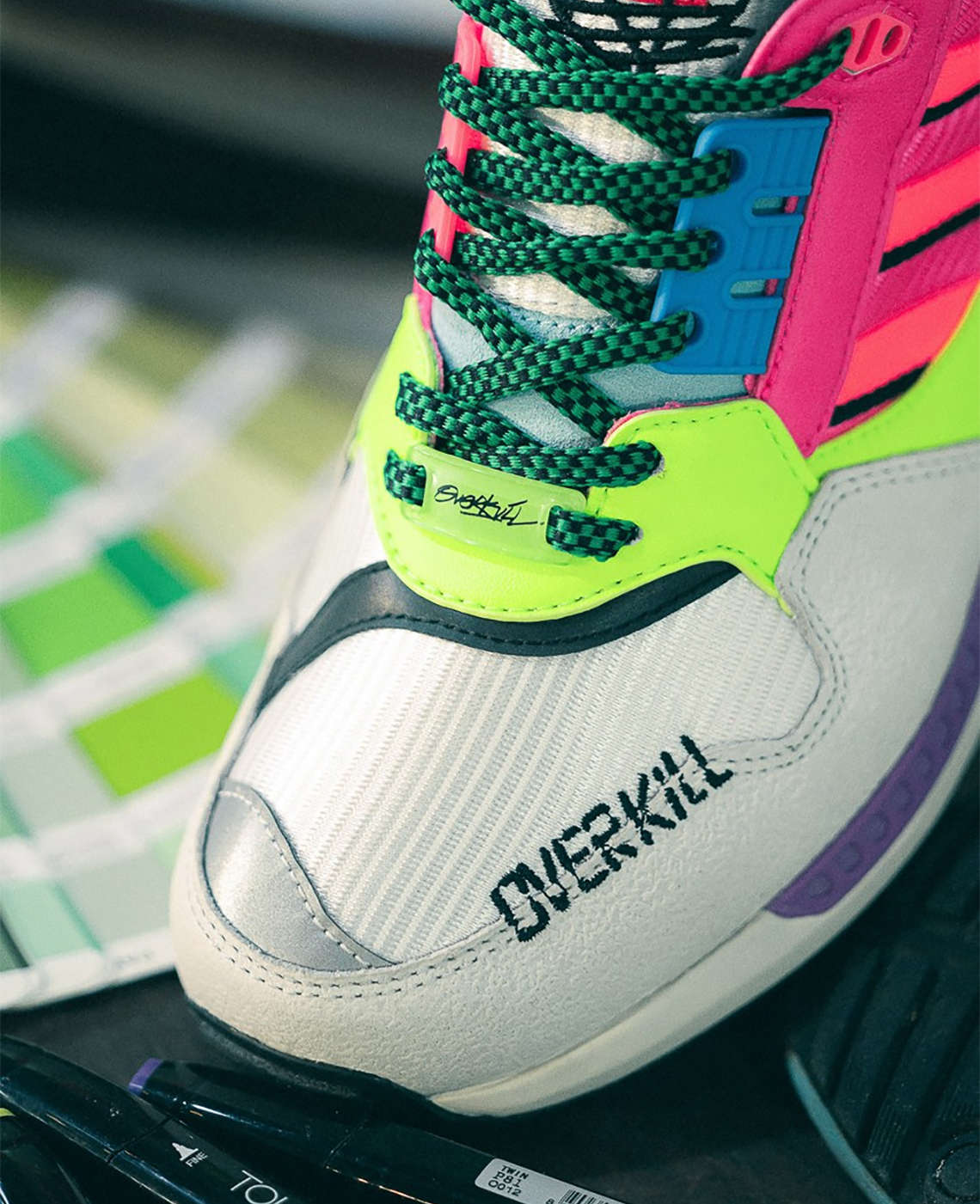 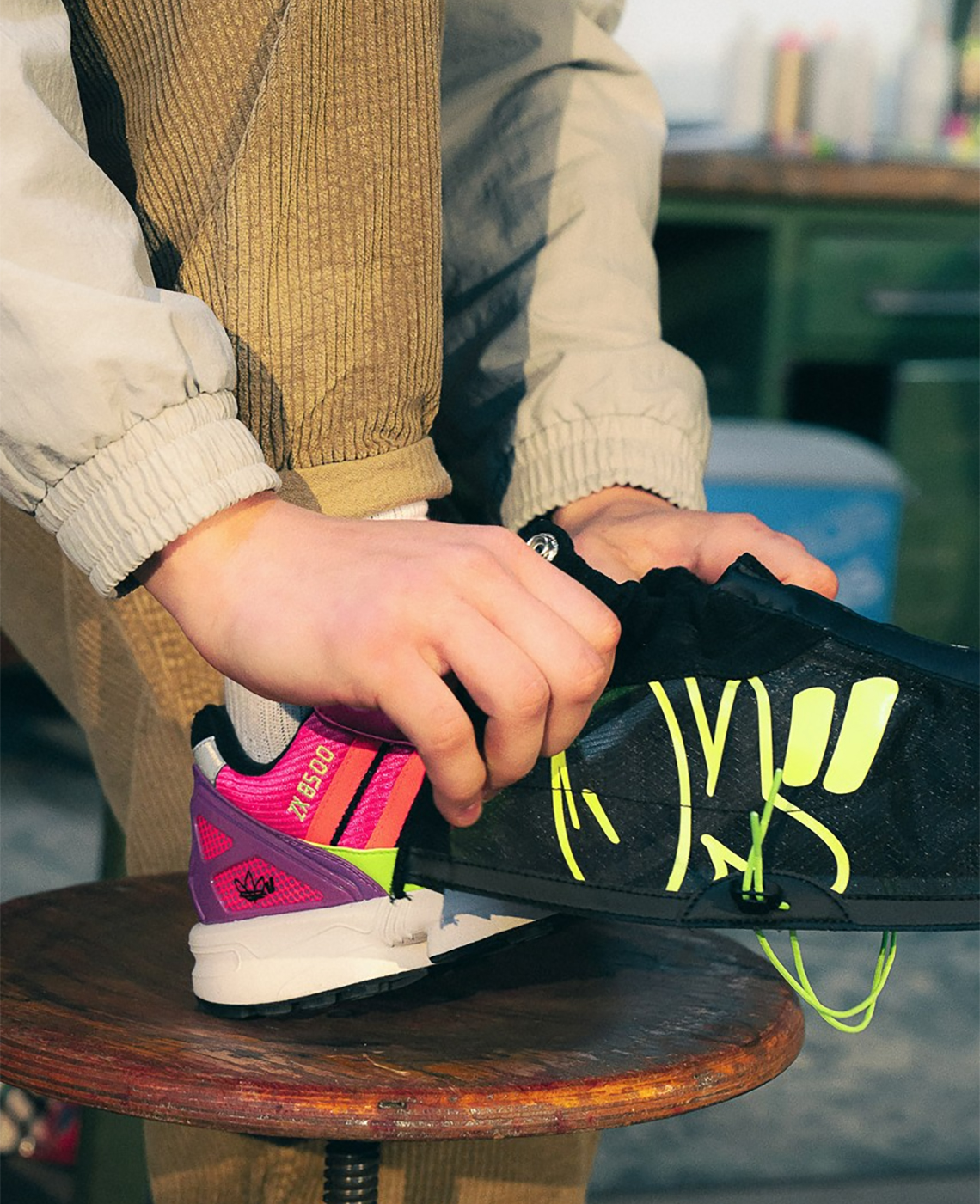 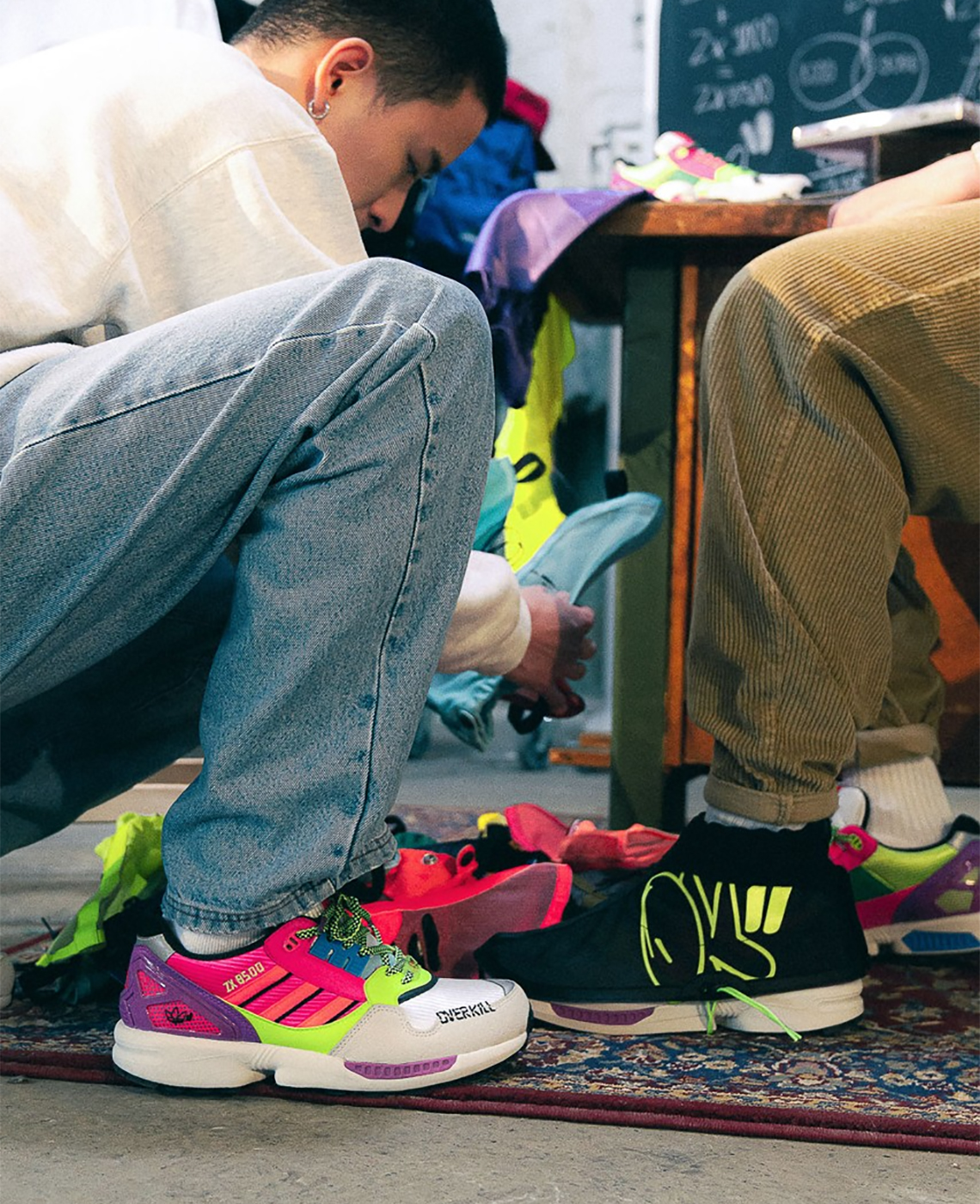 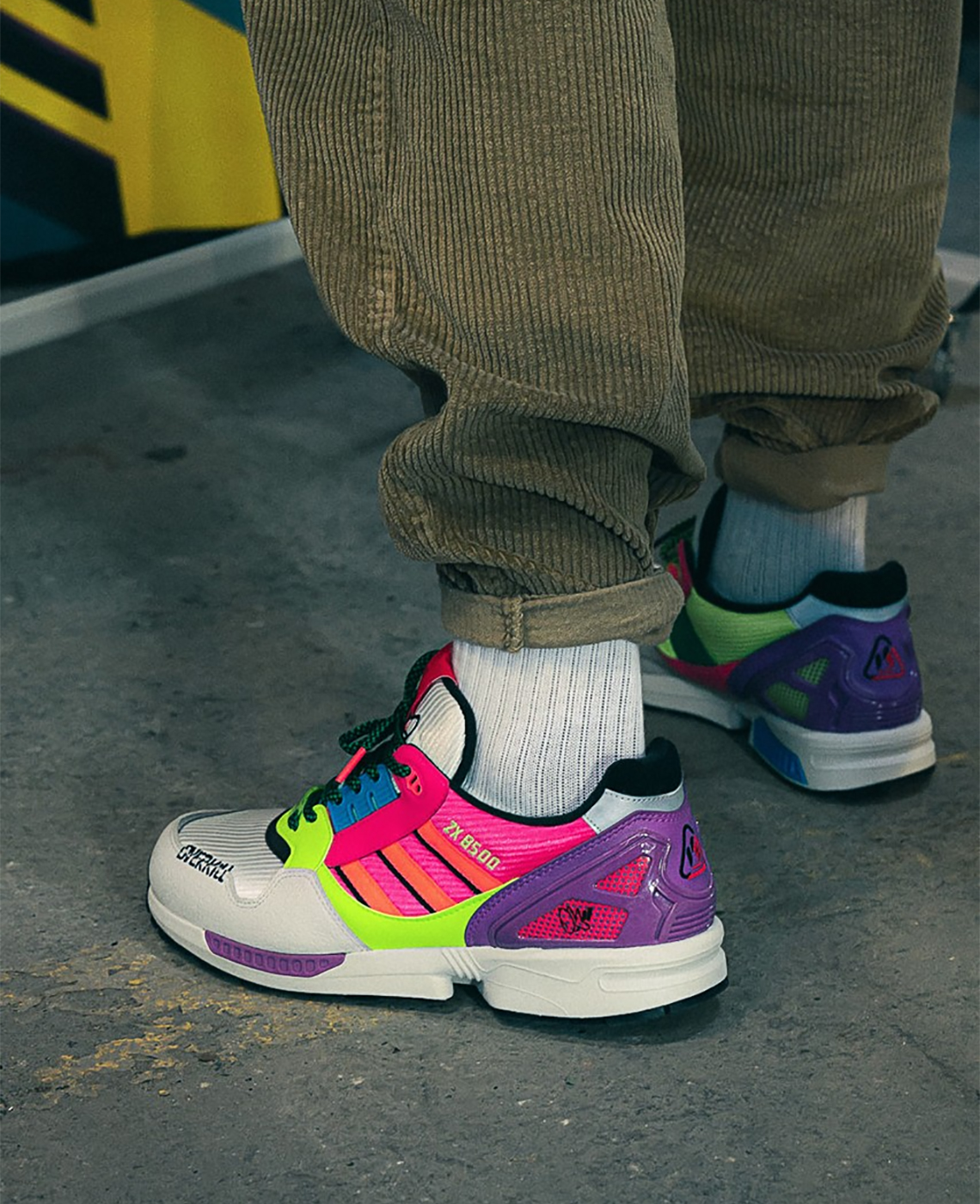 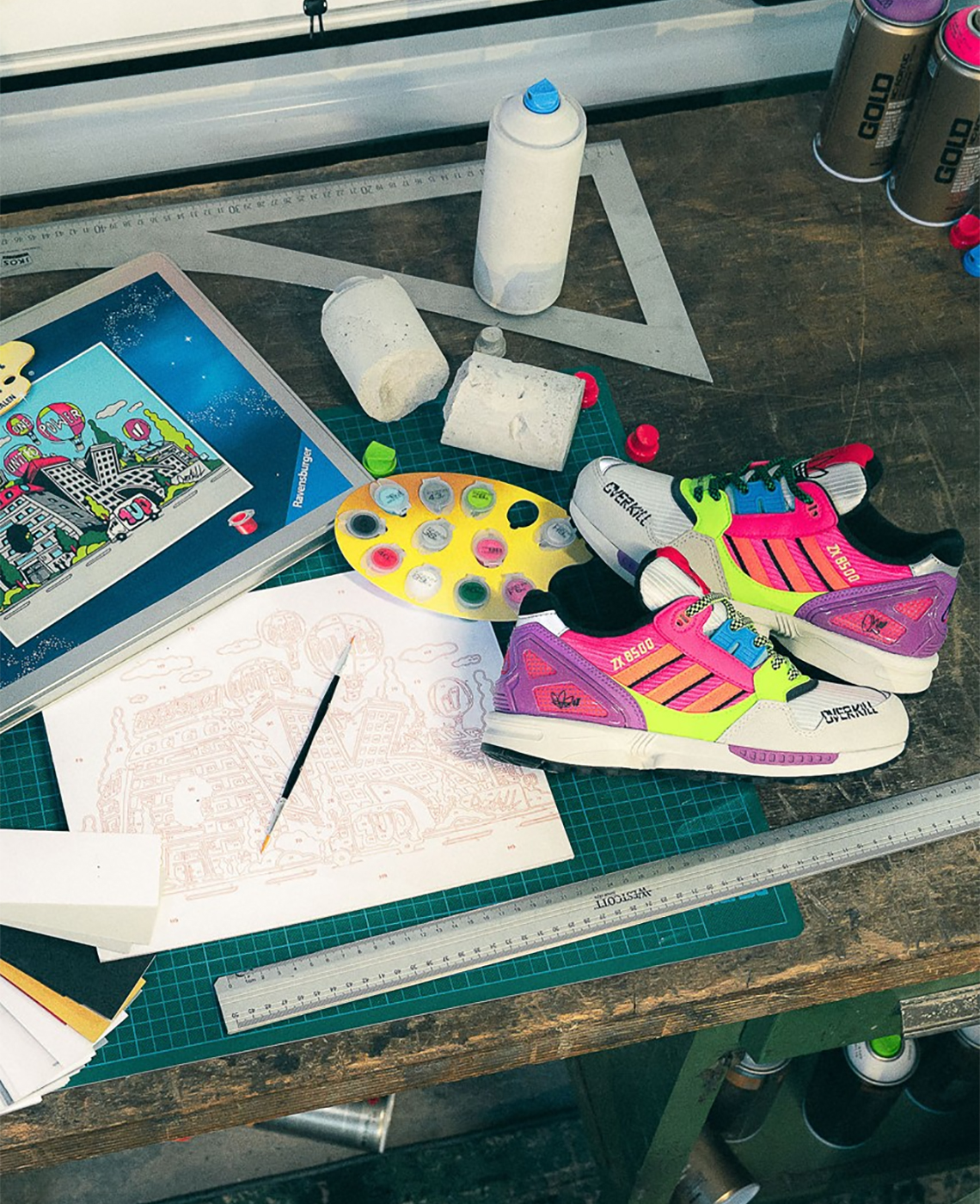 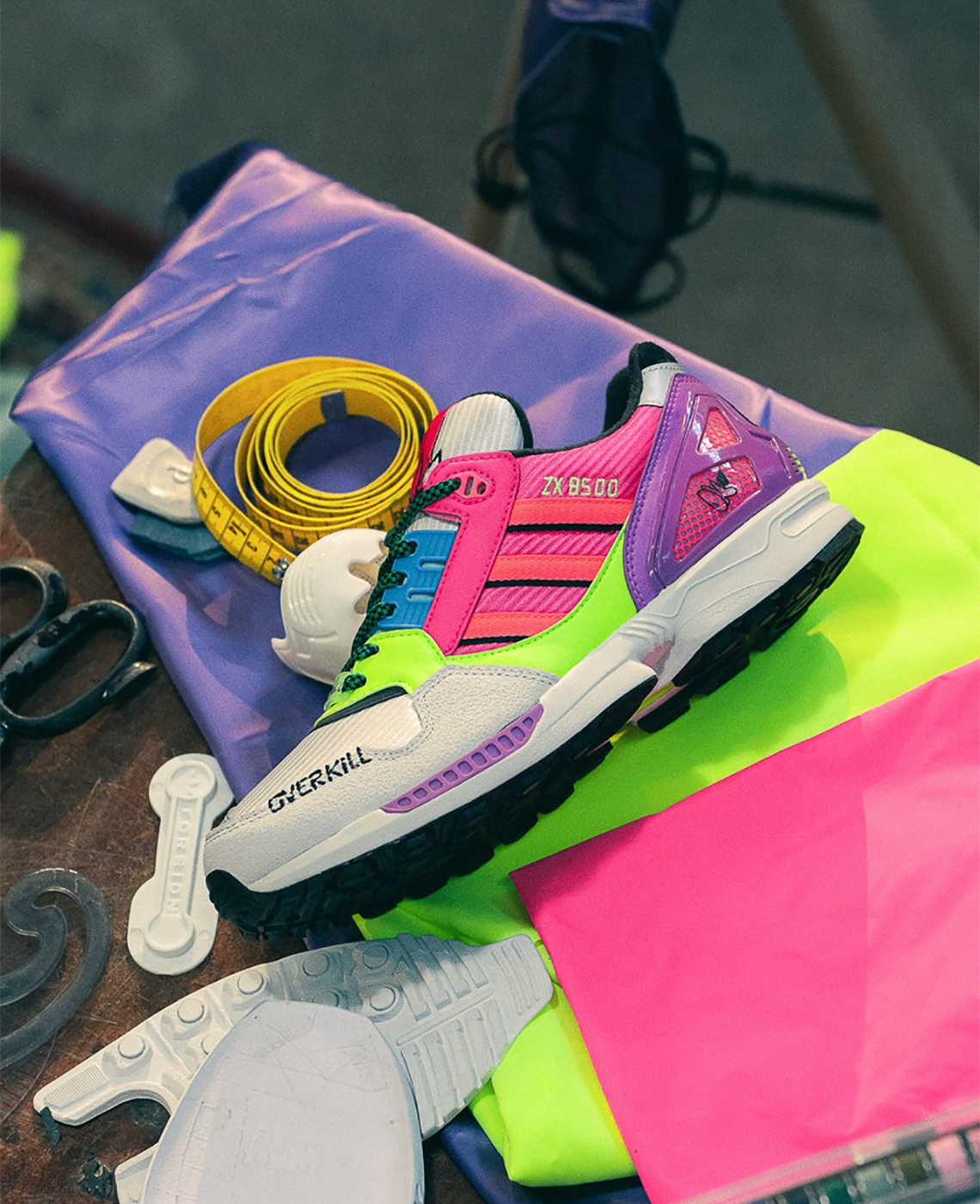 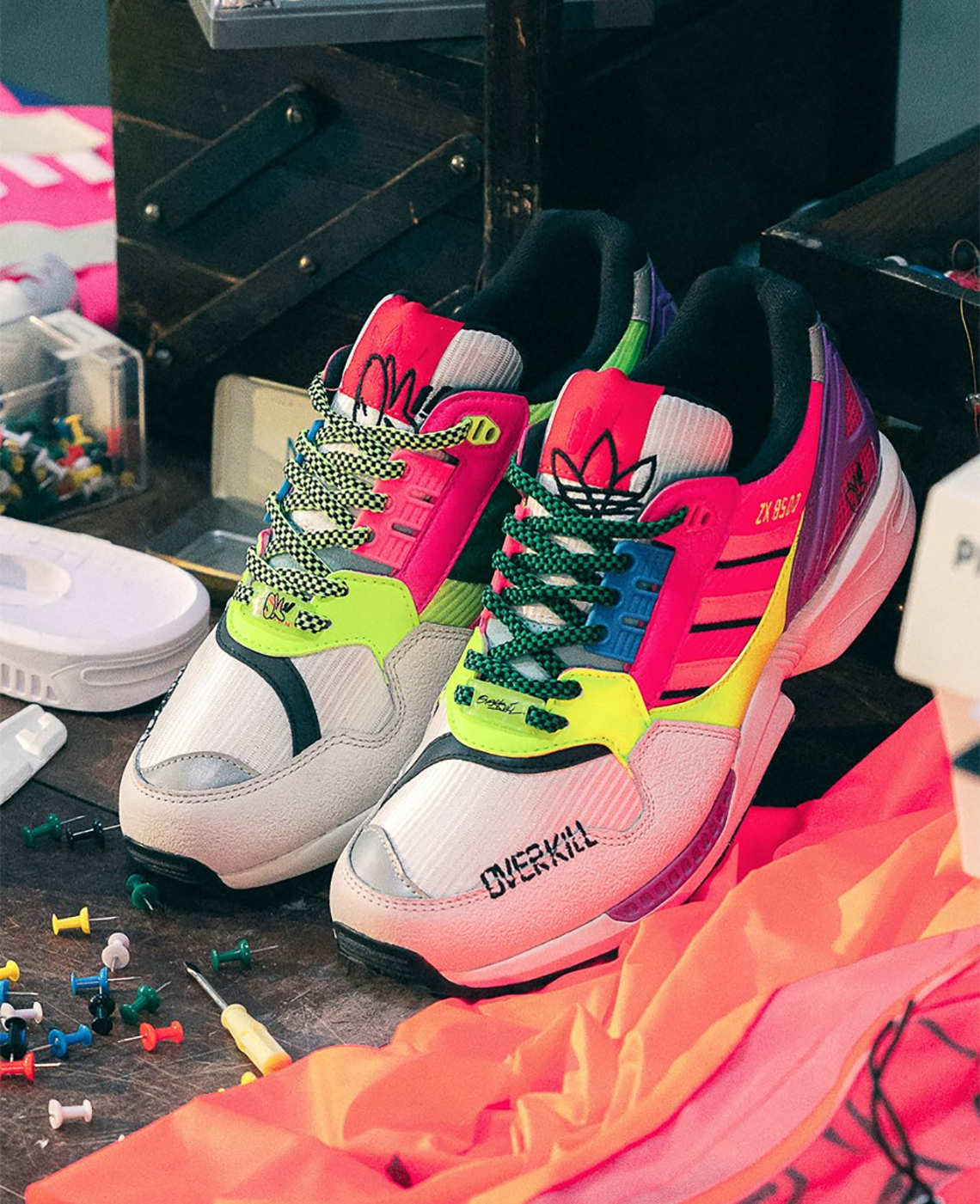