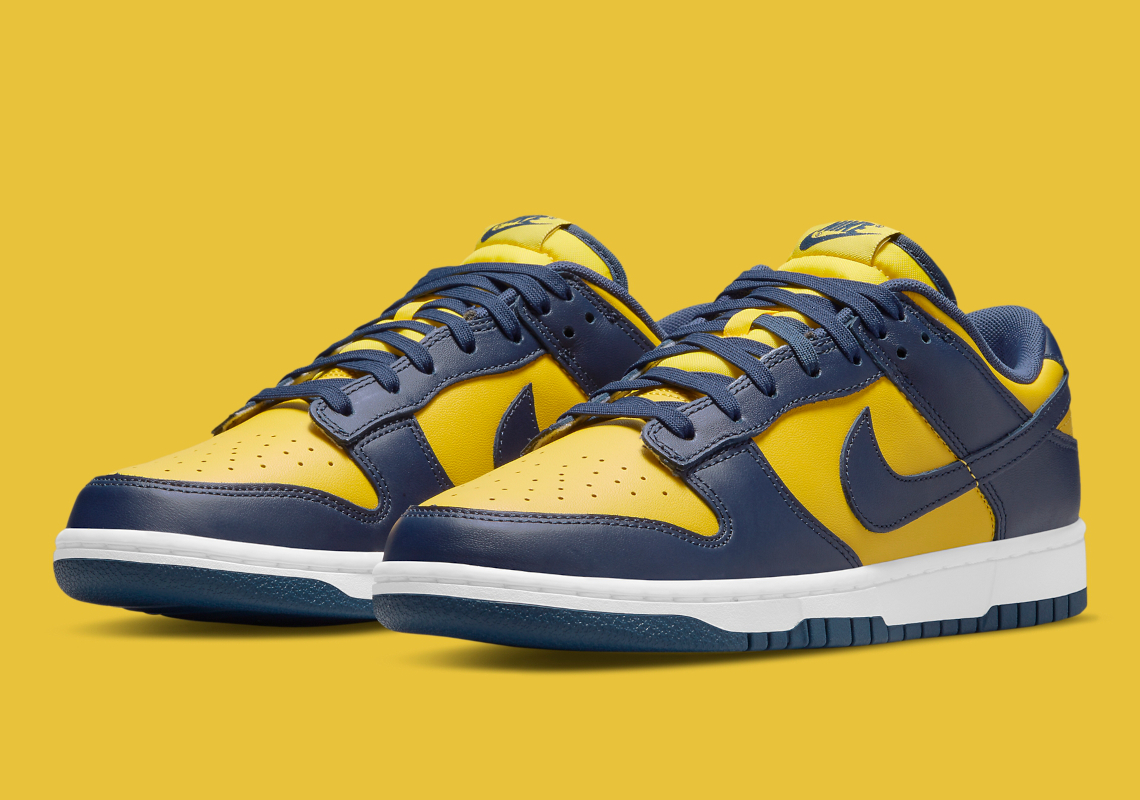 Where To Buy The Nike Dunk Low “Michigan”

The Nike Dunk Low has been rumored for an early 2021 release for at least the past four months, and it’s just emerged in official images ahead of its arrival across Europe on April 16th.

Well known for its inclusion in the model’s inaugural “Be True To Your School” collection, the forthcoming “Varsity Maize/Midnight Navy/White” has only appeared on the low-top proposition once before. Over the last 36 years, the University of Michigan Wolverine’s team colors have graced the Dunk High as recent as September 23rd, 2020. Smooth leather makes up construction throughout the upper, while a “White” and “Midnight Navy” duo take over the sole units underfoot. (How great would it look on the near-identical Air Jordan 1 Low, right?) Together, the color trifecta further cements Peter Moore’s design into the sneaker pantheon, all while satisfying countless enthusiasts’ cravings for a piece of the past in the modern-day.

Enjoy official images of the low-top, college-inspired Dunk ahead, and expect a Nike SNKRS launch soon.

For more from the Swoosh empire, check out the Air Max 96 II‘s first retro run ever. 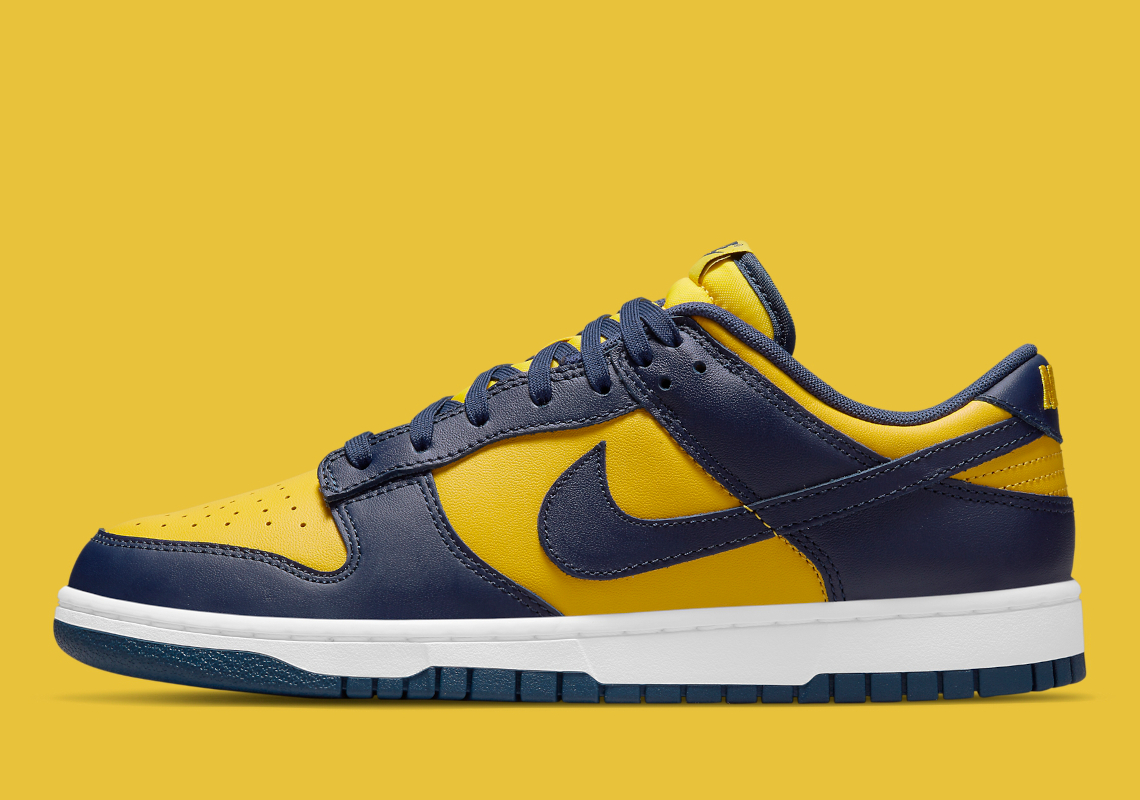 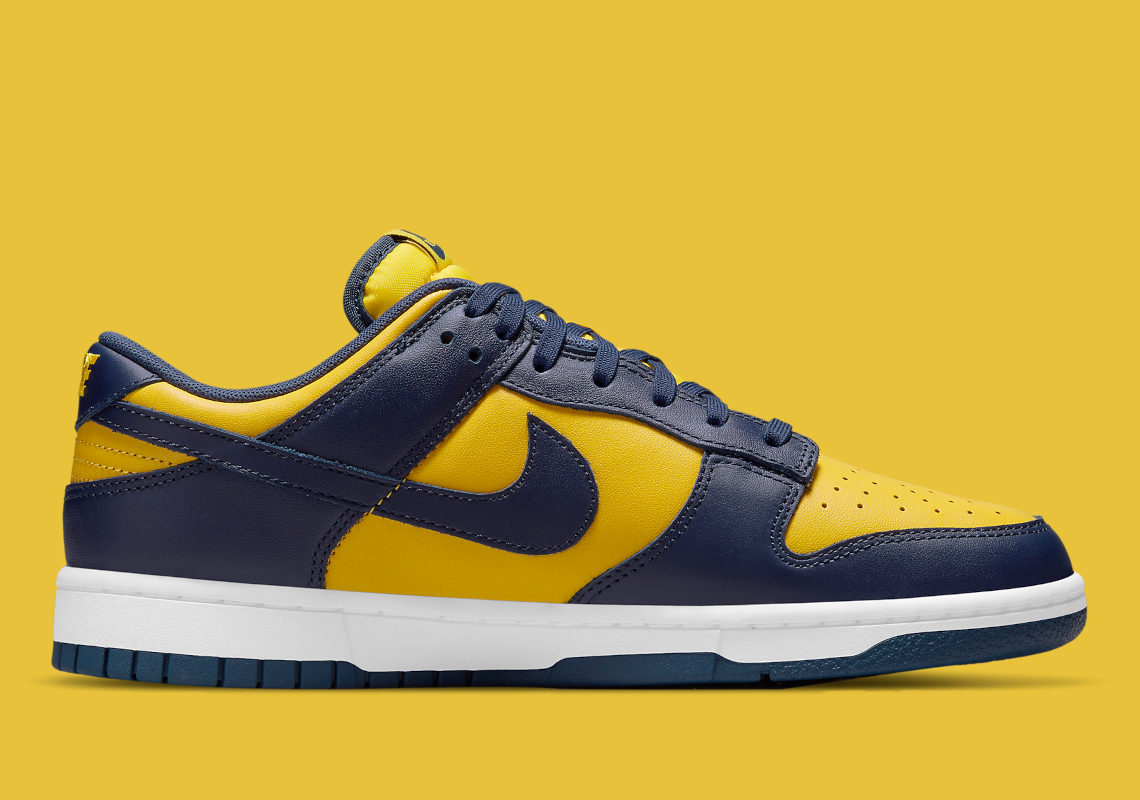 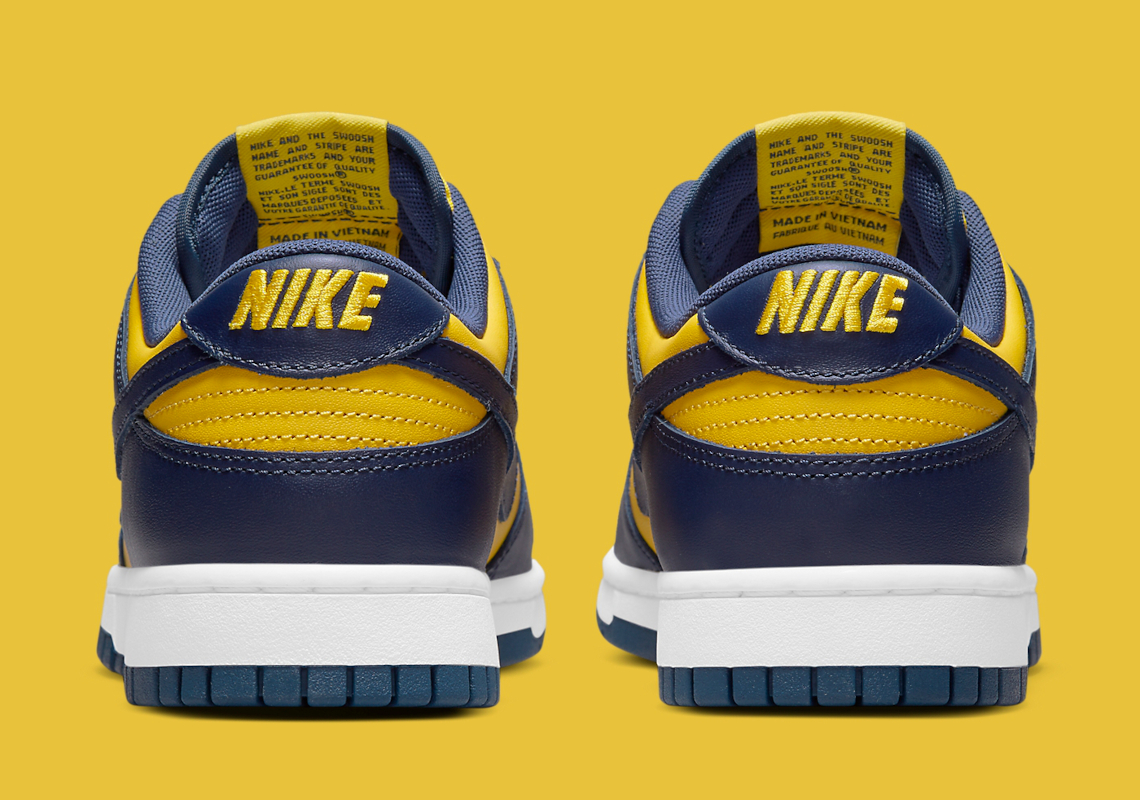 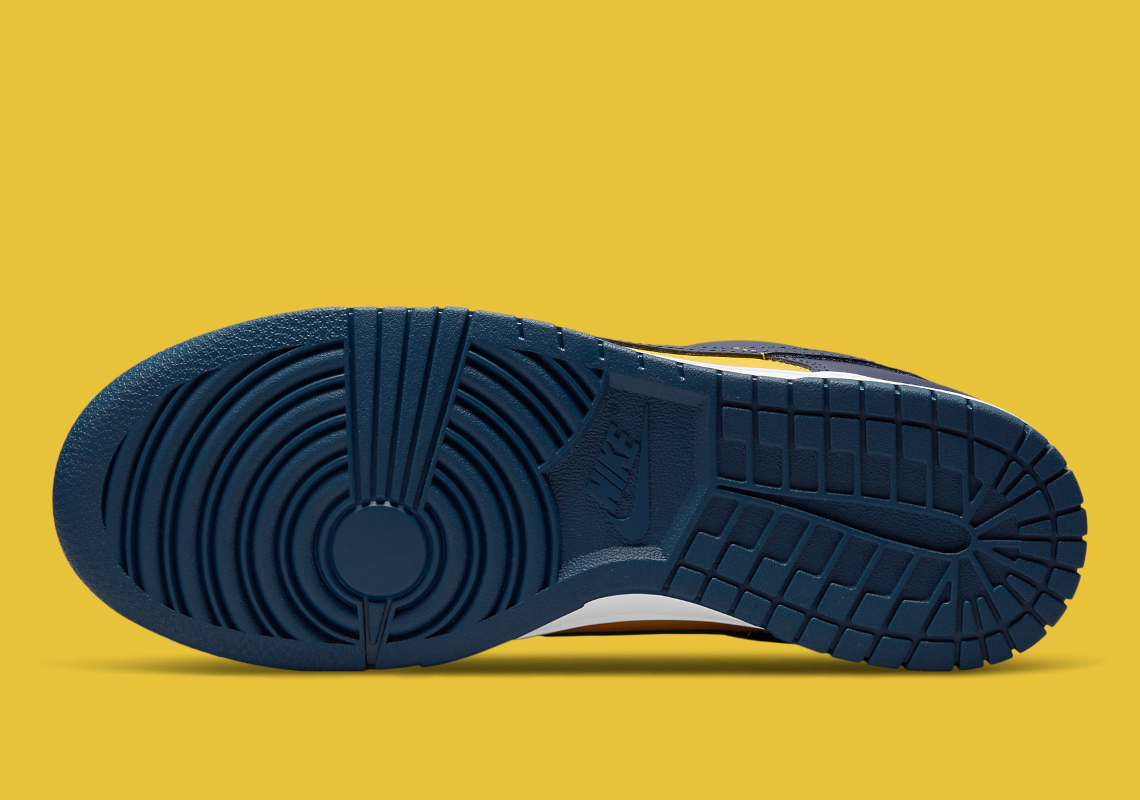 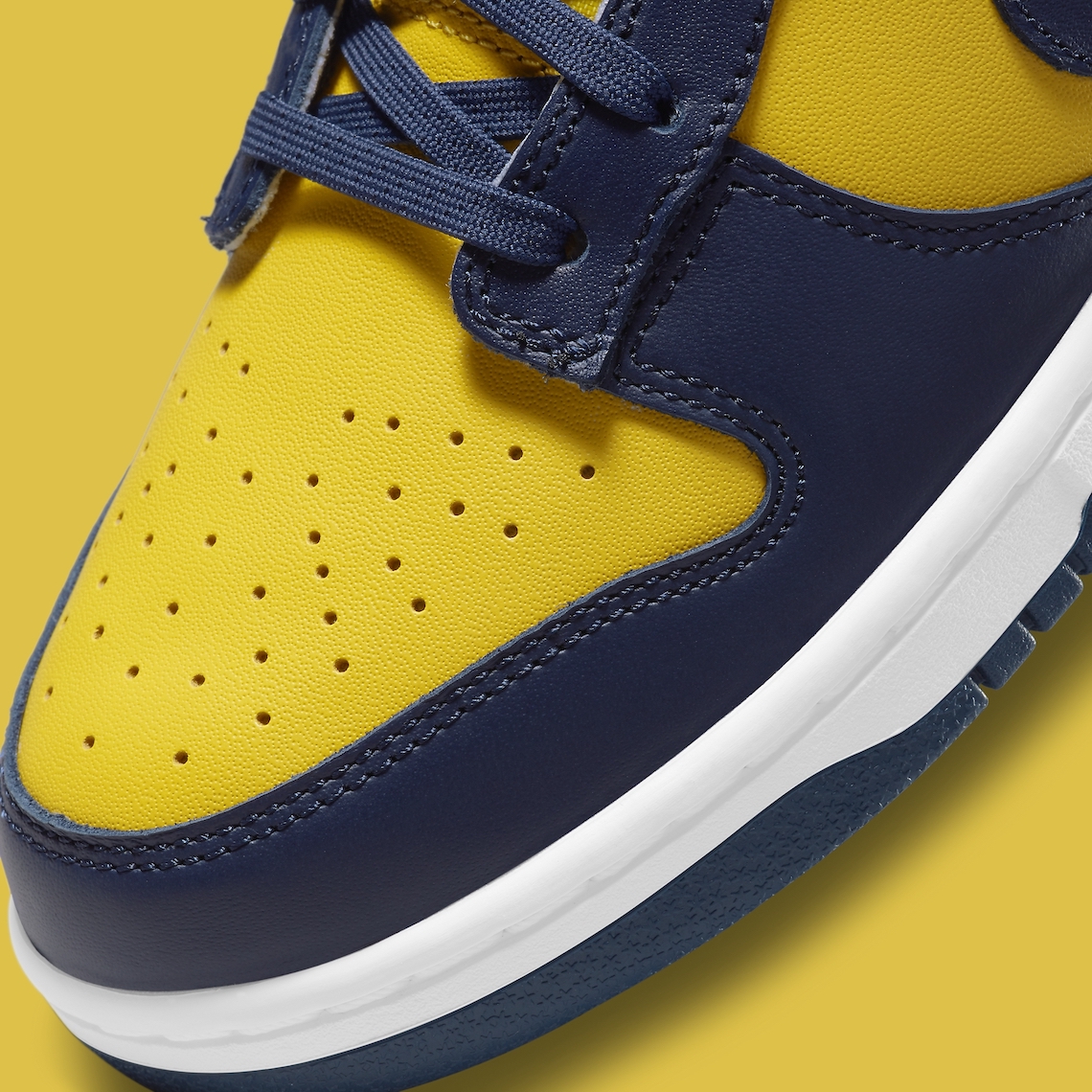 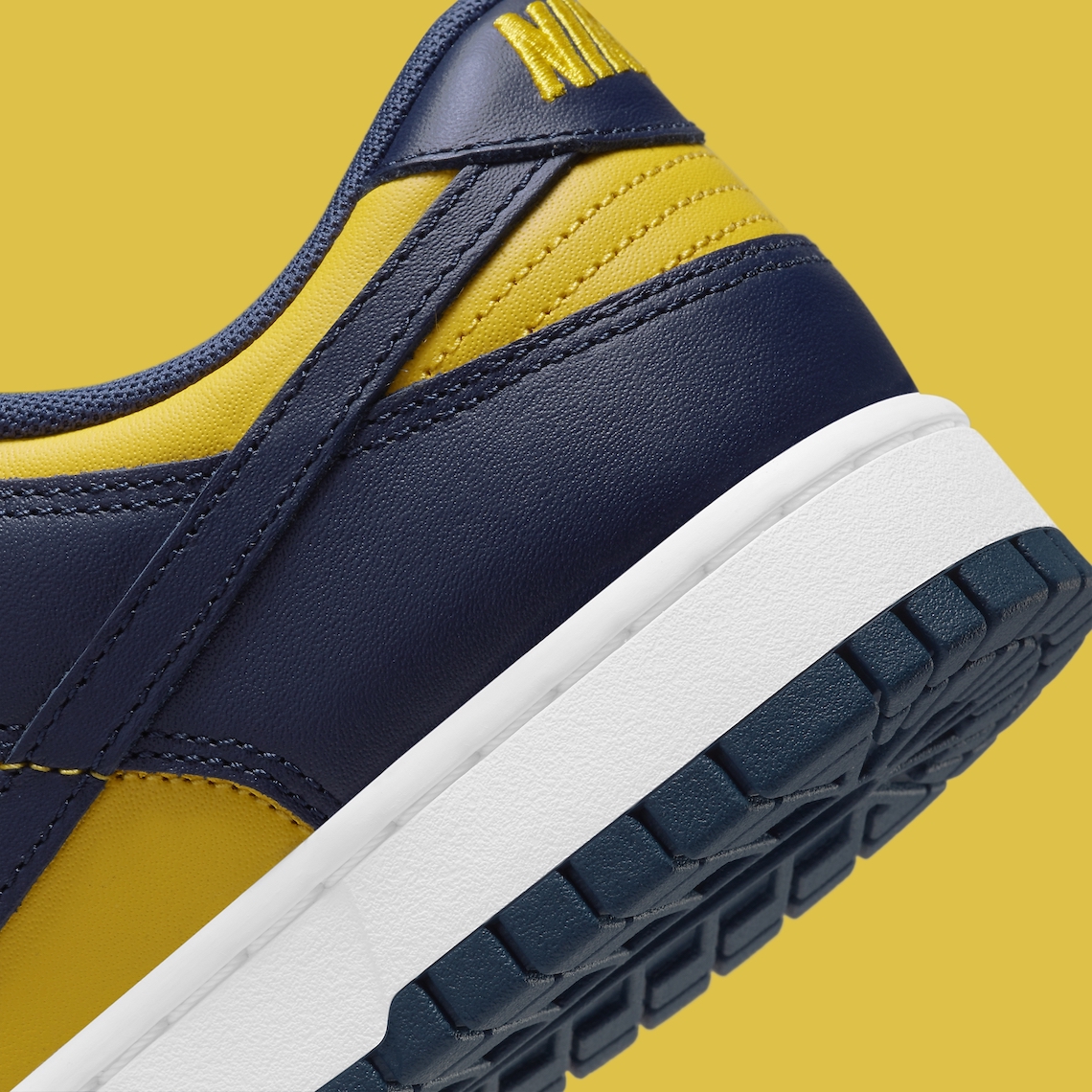