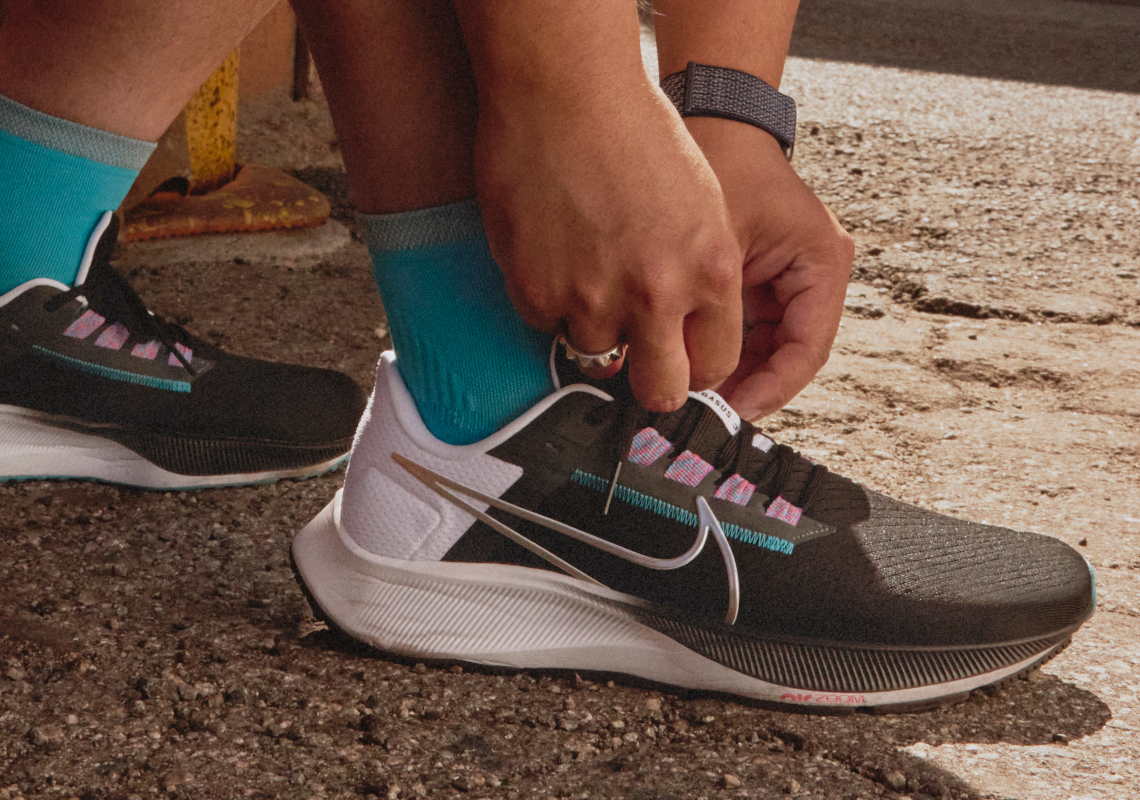 The Nike Air Zoom Pegasus 38 Refines The Familiar For A New, Improved Fit

Over the past five years, NIKE, Inc. has made unrivaled strides within the performance-running space. Elite athletes all over the globe have crushed their personal bests and set previously-unfathomable records thanks to products the likes of the Nike Air Zoom AlphaFly NEXT%. Among these boundary-pushing endeavors, the Swoosh has modified classics within its arsenal to suit a wider audience of runners, resulting in the creation of the Nike Air Zoom Pegasus 38.

Introduced in 1983 as a shoe for the everyday athlete, the Nike Pegasus line has delivered the brand’s most reliable, consistent ride despite complete overhauls to it over the decades. In 2020, the Pegasus 37 introduced the combination of gender-specific Zoom Air forefoot cushioning with Nike React foam for a smooth transition with each stride. Given the widespread praise this tooling received, the team behind the Pegasus 38 kept most of it intact, although the new proposition includes additional foam throughout the sole.

The pair’s most notable update is in the fit. Runners familiar with the running series are likely to notice more room in the toe box (similar to models prior to the Pegasus 36), accomplished by building the shoe on a new last. Additional changes to the shoe’s build arrive via a new mid-foot webbing system connected to a fit band, which allow for more personalized lacing (and thus fit). Furthermore, a different soft and breathable mesh material makes up most of the upper, working in-tandem with the new separated, foam-lined tongue to further deliver comfort and breathability to runners, from elite marathon record-holders to first-time athletes.

Enjoy a first official look at the Pegasus 38 ahead. Nike Members will receive early access to the shoes (April 15th in Europe, April 22nd in North America and April 29th globally) via Nike.com, but a widespread release will follow throughout spring. Additionally, a zippered, no-tie FlyEase version of the shoes will hit retailers and the Nike By You customization program throughout the Pegasus 38’s life-cycle.

For more from the Swoosh empire, check out the Nike Go FlyEase set to debut on April 30th. 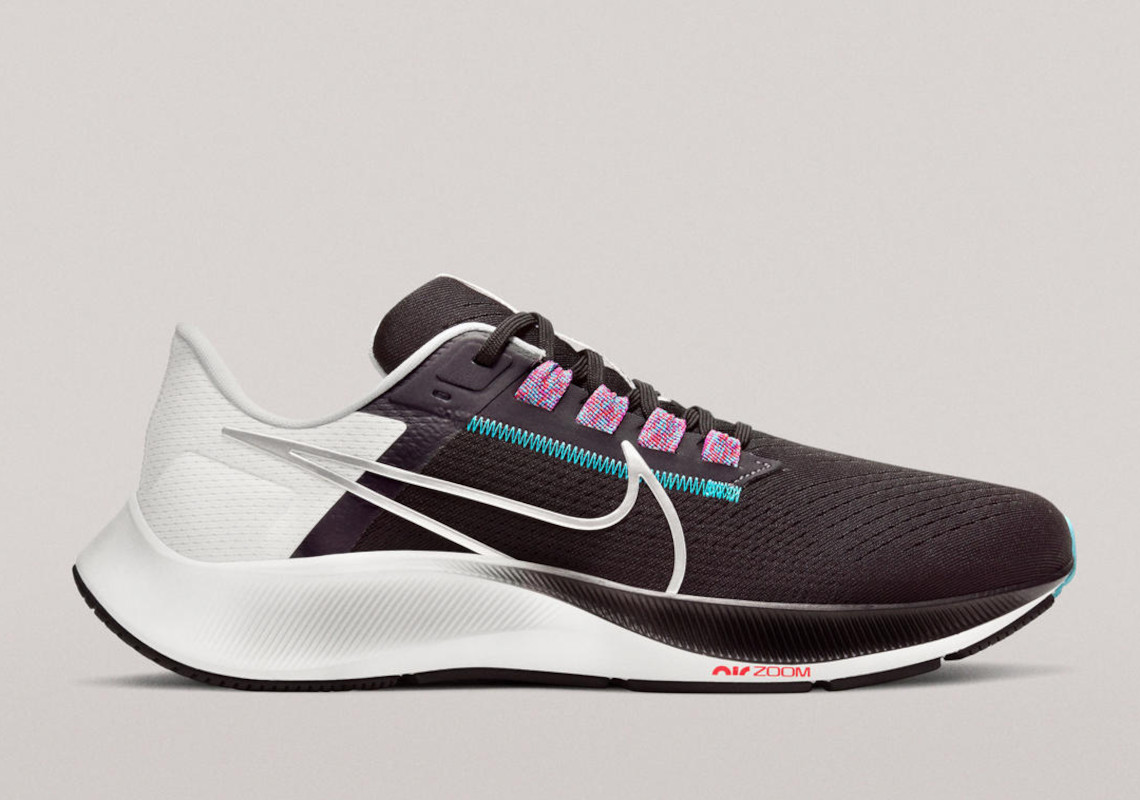 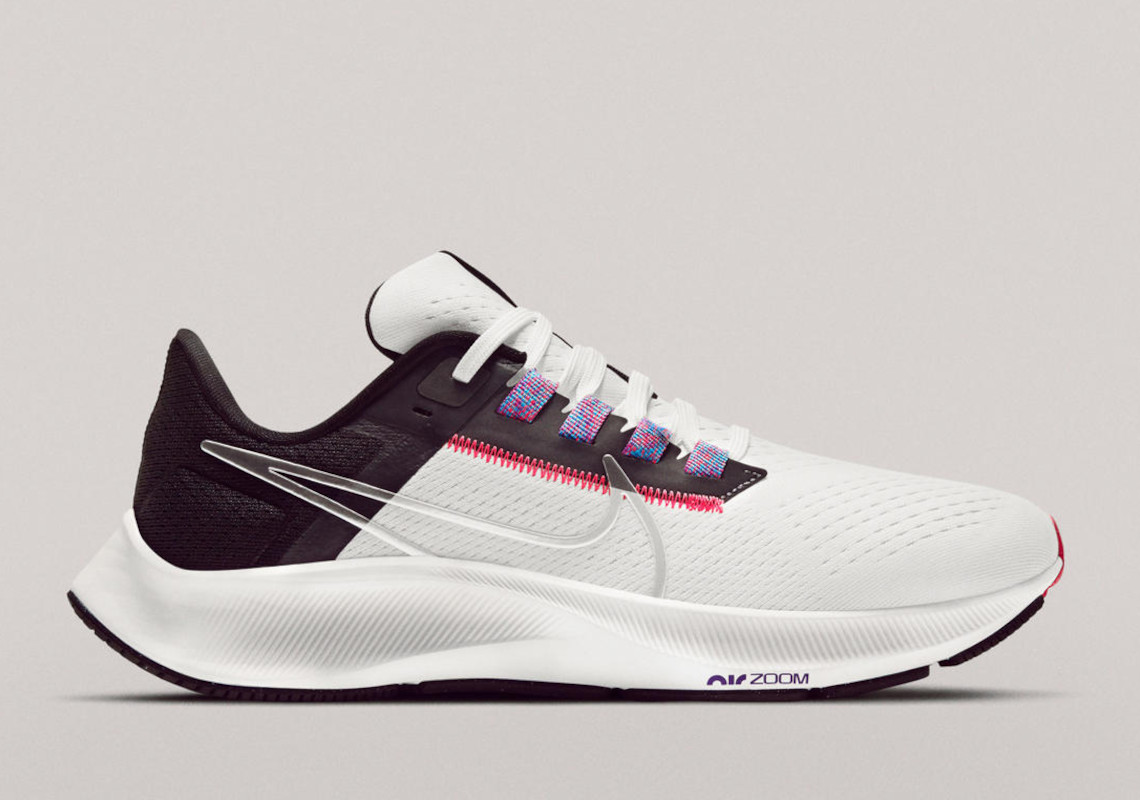 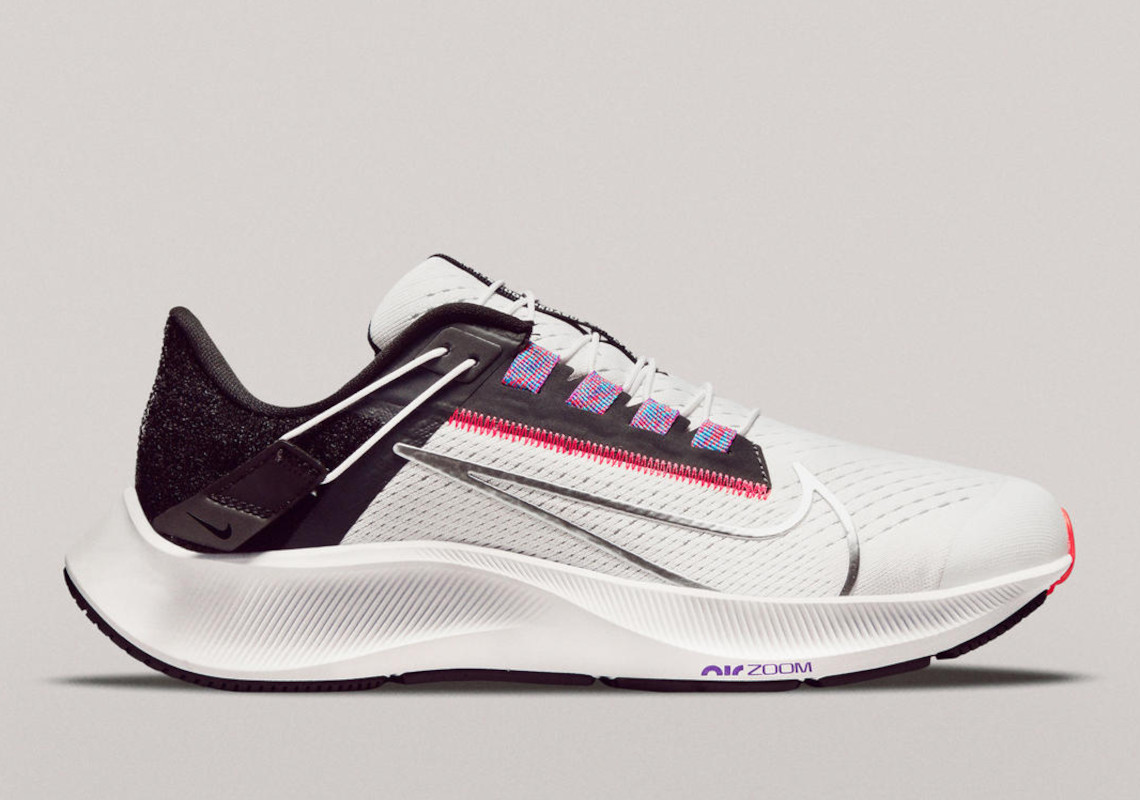