While visually simple, the shoe was mechanically-difficult to develop. Created from an internal design competition, and under the “better is temporary” ethos, the slip-on option expands on the FlyEase technology that's been implemented on some iterations of the Air Jordan 1 and Nike Air Max 90. Unlike these propositions, the Go FlyEase requires no hands. A lack of laces also ensures that the shoes don't become undone while walking, running or participating in other activity.

To produce its first hands-free shoe, Nike developed a bi-stable hinge. Paired with a continuous footbed (which the brand refers to as a “diving board”), the hinge enables two positions for the shoe: “open” and “ready.” When in the former stance, the Sock Dart-reminiscent shoe resembles a mountain top, as the footbed rises. People of all abilities then simply push down on the “diving board” as they normally would with their feet in order to achieve the “ready” position. While on, there are no moving parts in the Go FlyEase, which ensure the same reliability of traditional, laced footwear.

Additionally, the clog-like silhouette utilizes a tensioner band to deliver further security to its ride. Positioned where a “midsole” normally goes, the tooling is created from Nike Regrind-ready recyclable material, which contributes to the company's “Move to Zero” campaign. In designing the hands-free, slip-on shoe, Nike leaned into human inclination to remove shoes with the opposite foot. Thus, the Go FlyEase features a ledge and kickstand on the heel made exactly for this purpose. The cushioning, reliability and durability of the shoe was extensively tested by athletes of all levels and abilities. And while the shoe isn't intended to replace a performance-first model like the AlphaFly NEXT%, it's yet another option for anyone on the move.

The Nike Go FlyEase retails for $120 USD and will be offered in unisex sizing. Options for kids and toddlers have not emerged, but those are likely to surface throughout 2021. 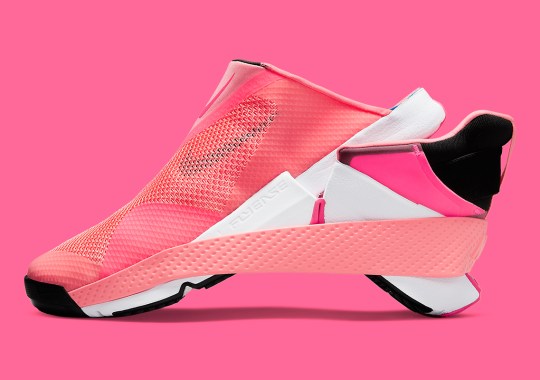 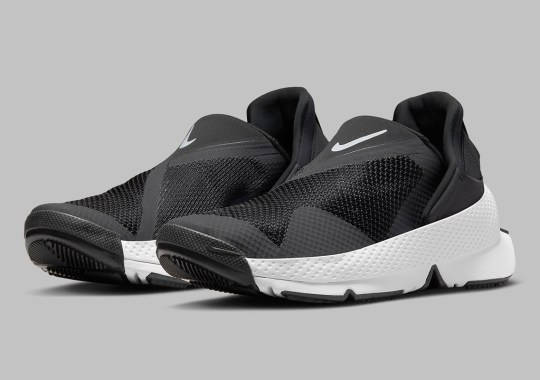 The Nike Go FlyEase Coming Soon In Black And White 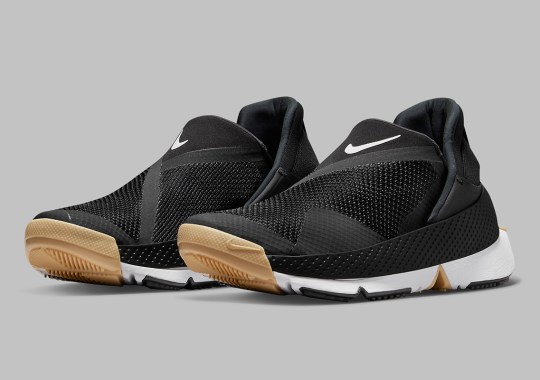 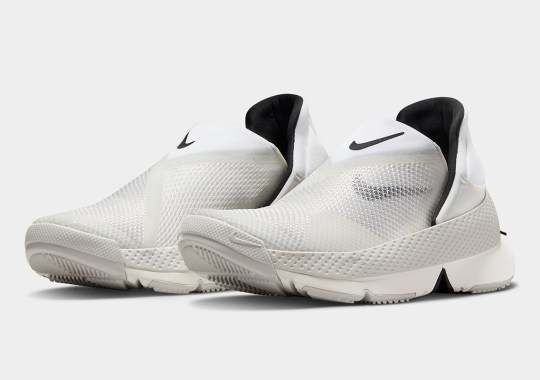 The Nike Go FlyEase Appears In “Sail” And “Pure Platinum” 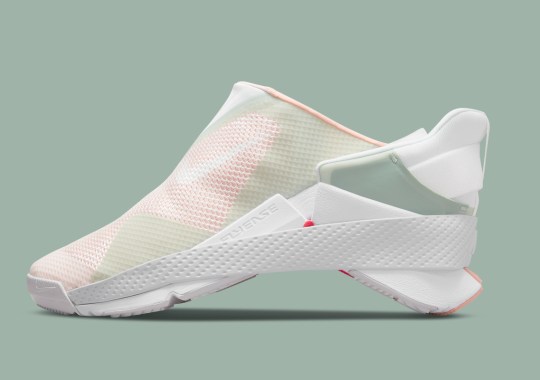 Faint “Seafoam” Gets The Nike Go FlyEase Ready For Spring 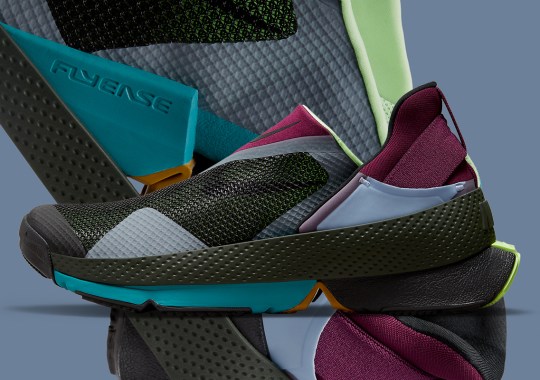 The Nike Go FlyEase Surfaces In Another Multicolor Make-Up 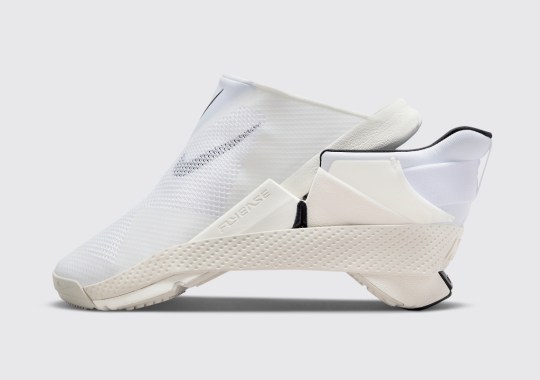 The Next Nike Go FlyEase Dresses Up In Clean “White/Sail” 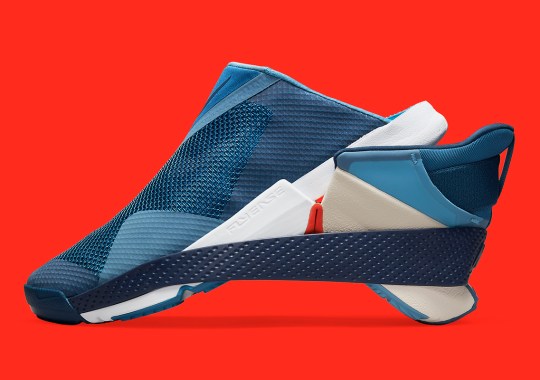 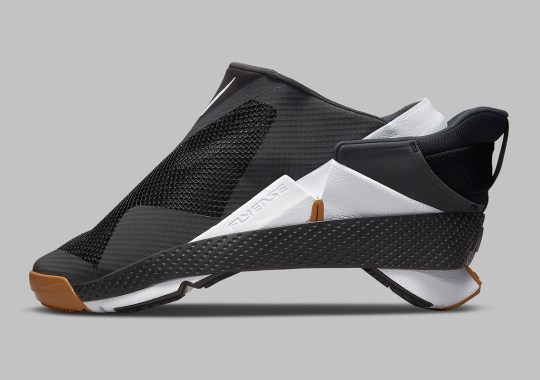 The Nike Go Flyease Arrives In Black And Gum