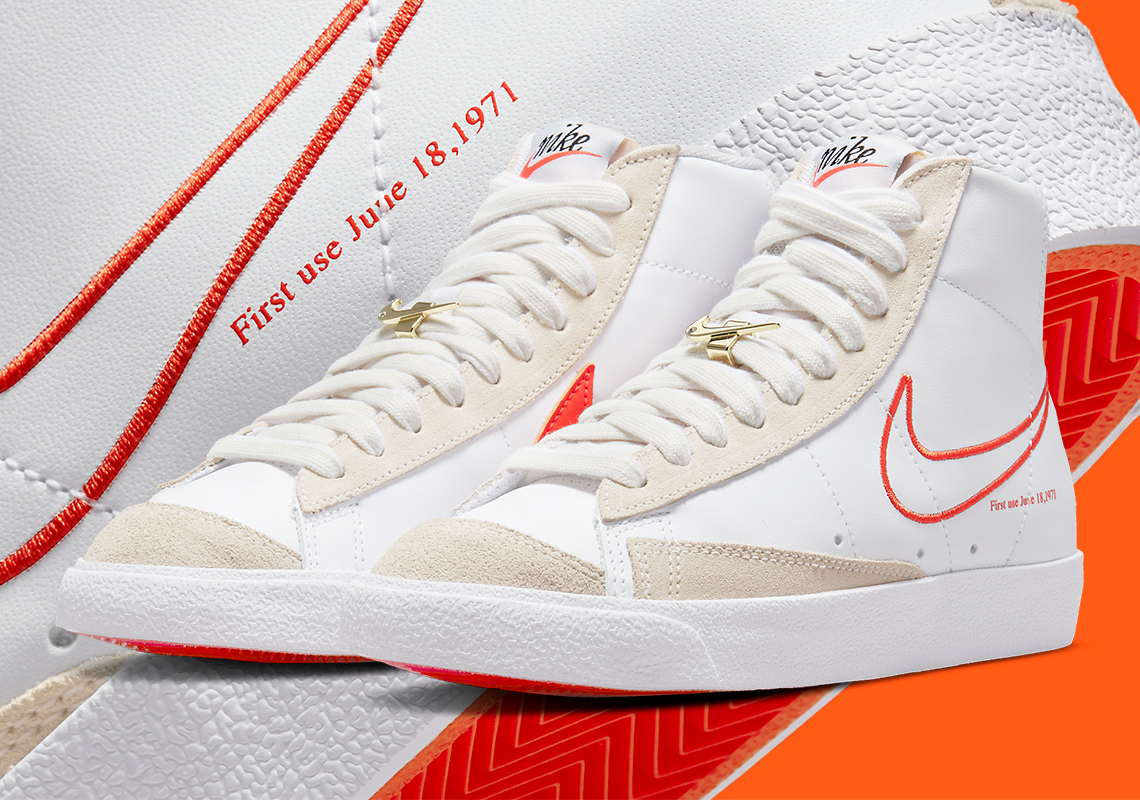 Over the last 57 years, NIKE, Inc. has delivered footwear products informed and inspired by the world around it. Along the way, the North American manufacturer has self-referenced itself unlike no other brand. For its latest introspective exercise, the Swoosh conglomerate has revisited the very logo that’s given them that moniker on the Nike Blazer Mid ’77.

Akin to a recently-surfaced Waffle Trainer II, the forthcoming pair indulges in an understated color palette throughout its leather and suede upper. White and greyish tones set the stage for vibrant “Orange” accents across the mid-foot, tongue and heel, with the most former location boasting the most direct nod to the iconic swoosh logo’s inception. Lateral sides don a simple, unrefined outline of the symbol, as well as the following text: “First use June 18, 1971”. Branding on the tongue label and upper heel underlay also harken back to the earliest iteration of “nike,” which has been utilized on other heritage-inspired products too. Underfoot, sole units abandon any use of the Carolyn Davidson-designed logo in favor of a “colorless” midsole and vibrant, citrus-covered outsole.

An official Nike.com release date hasn’t been confirmed, but this Blazer Mid is likely to launch around June 18th to celebrate the swoosh’s 50th anniversary. In the meantime, enjoy images of the shoes ahead.

Elsewhere under the NIKE, Inc. umbrella, the Air Jordan 4 “Tech Grey” arrives on May 29th. 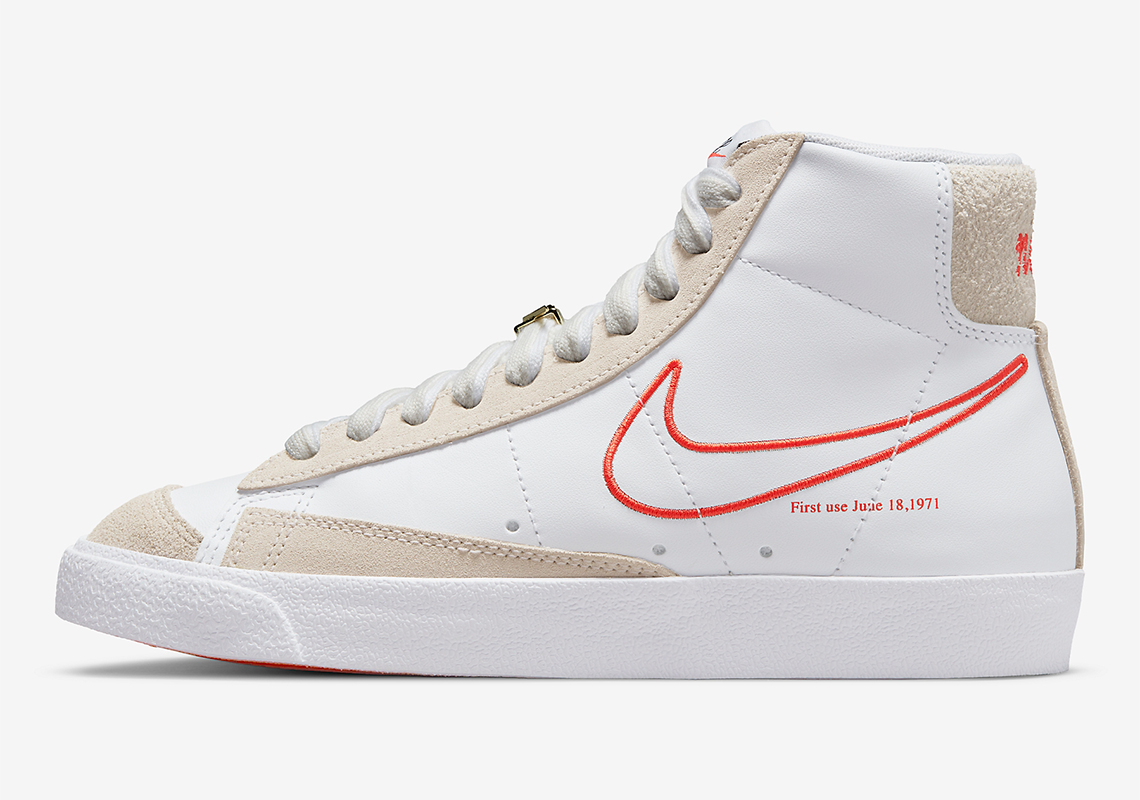 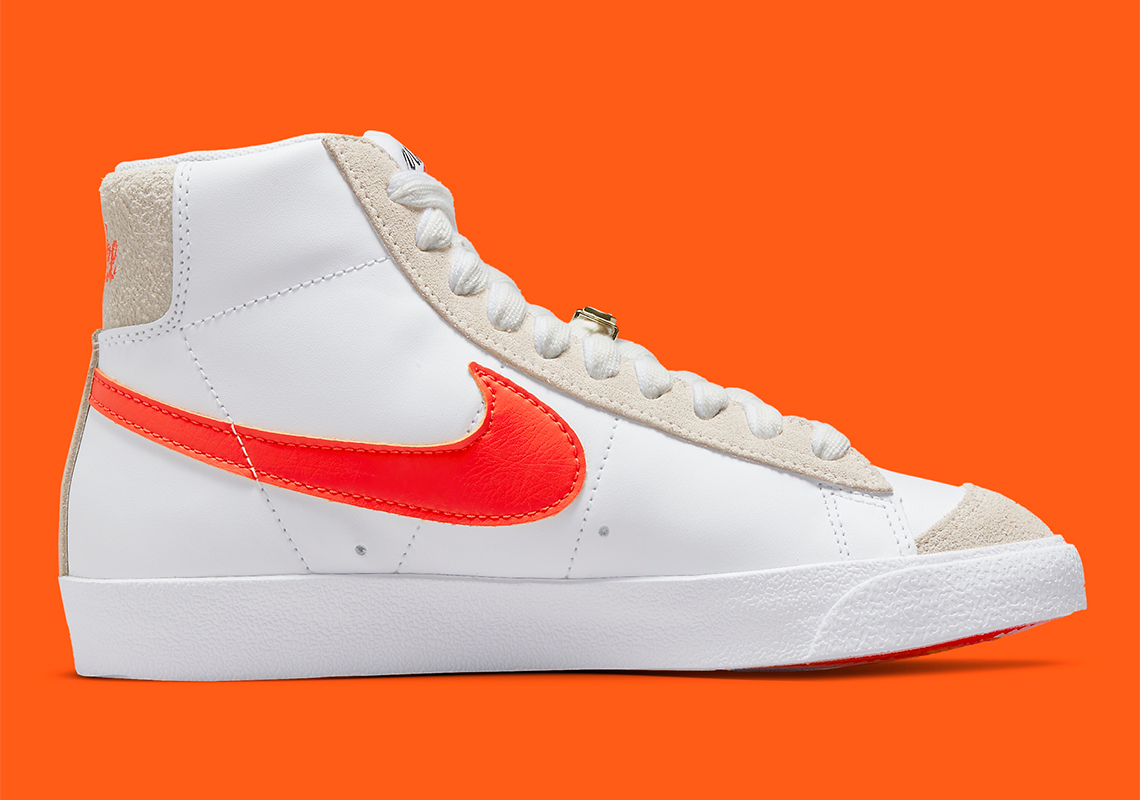 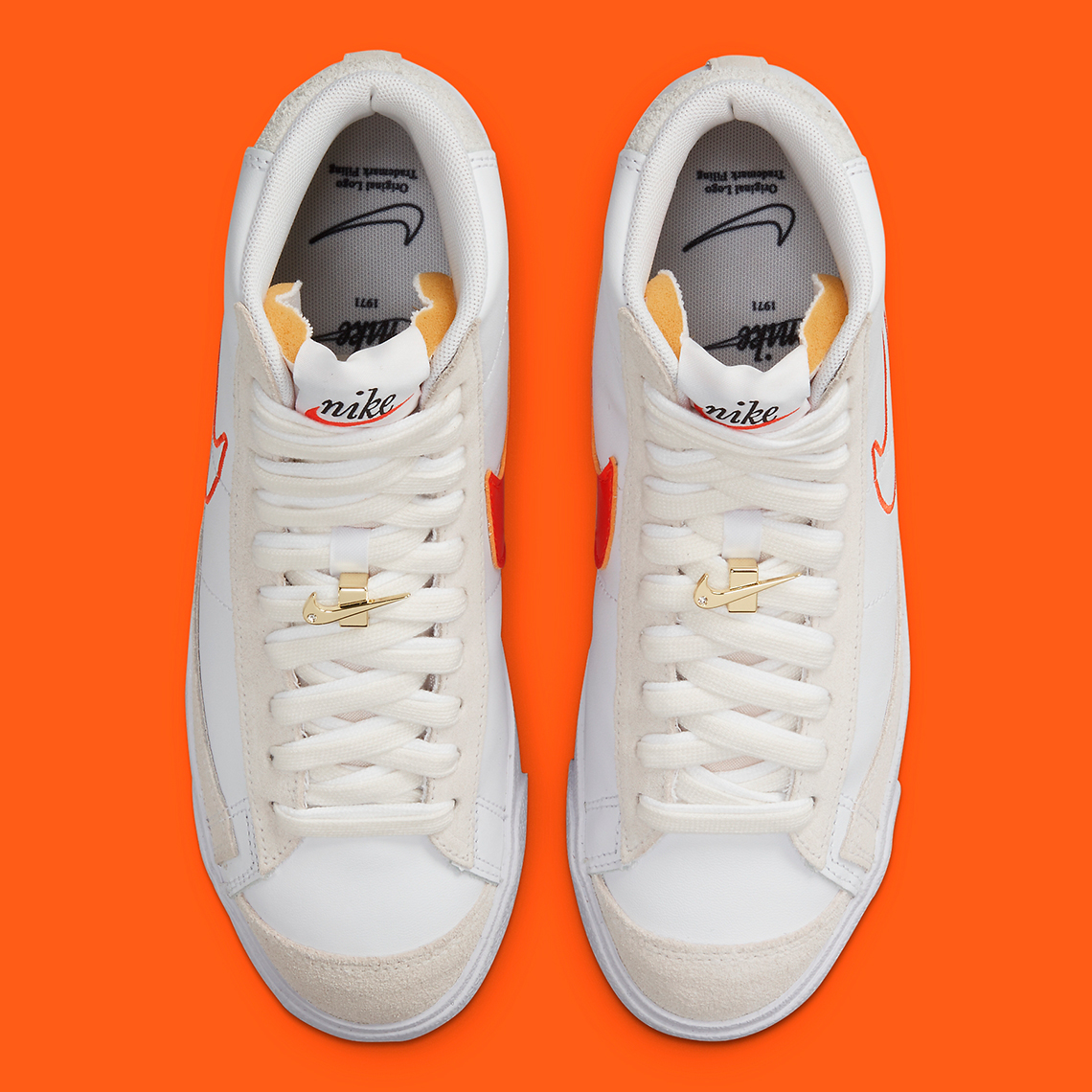 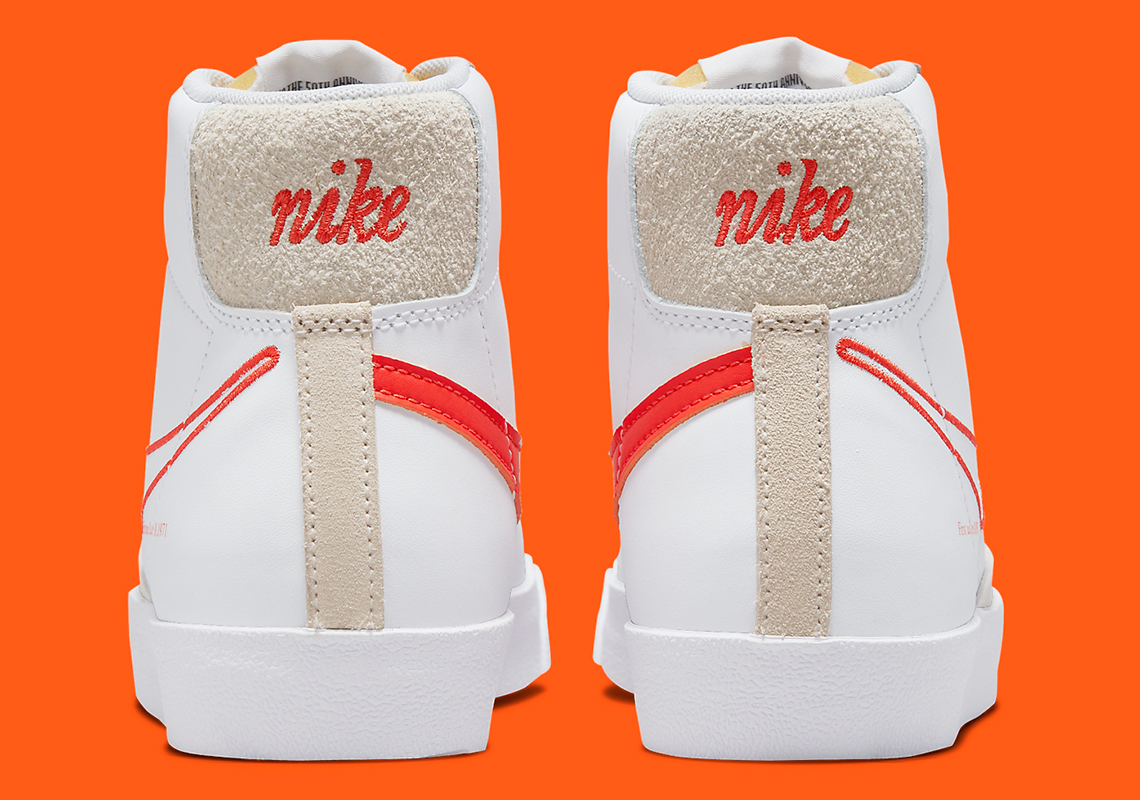 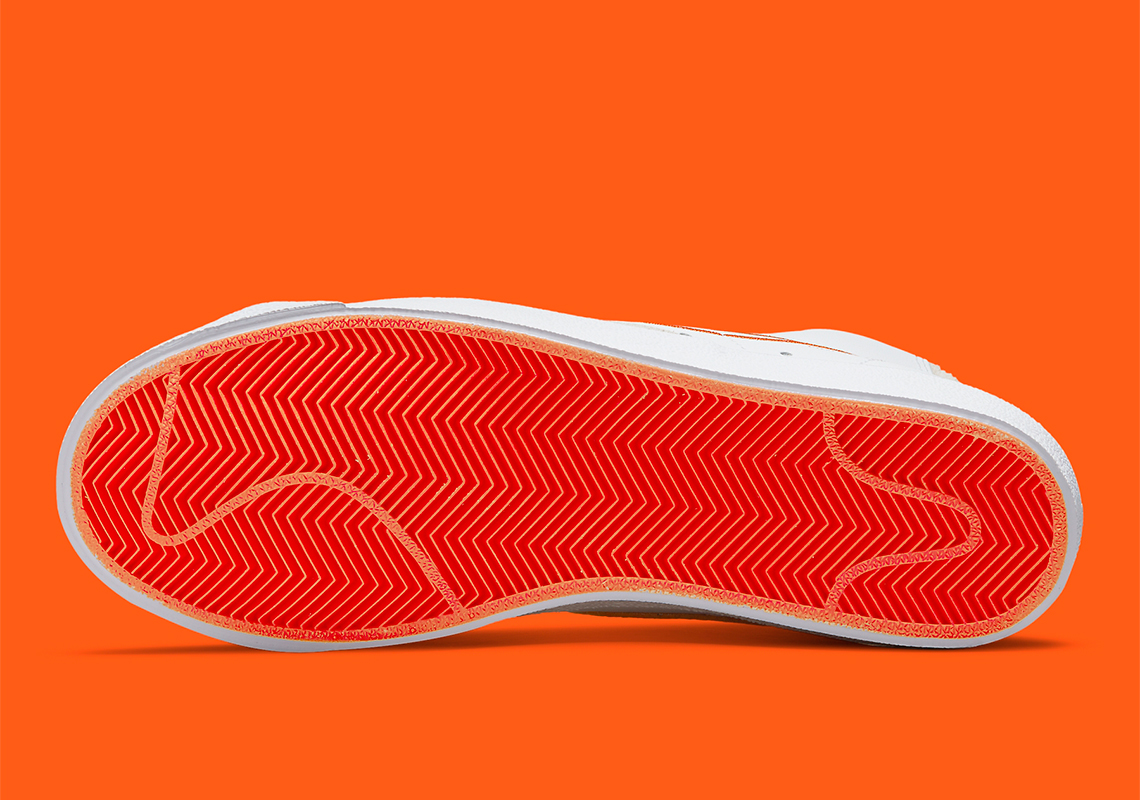 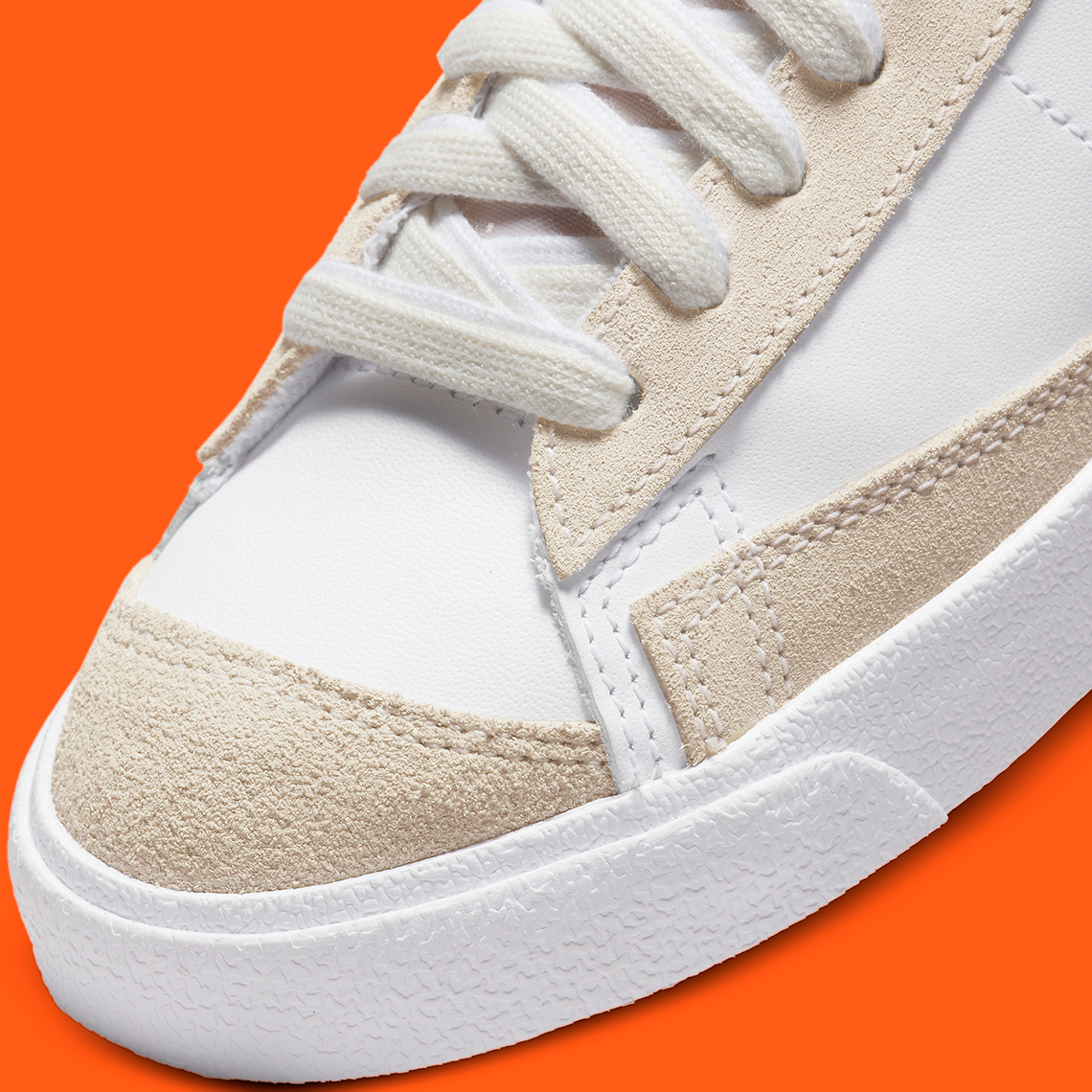 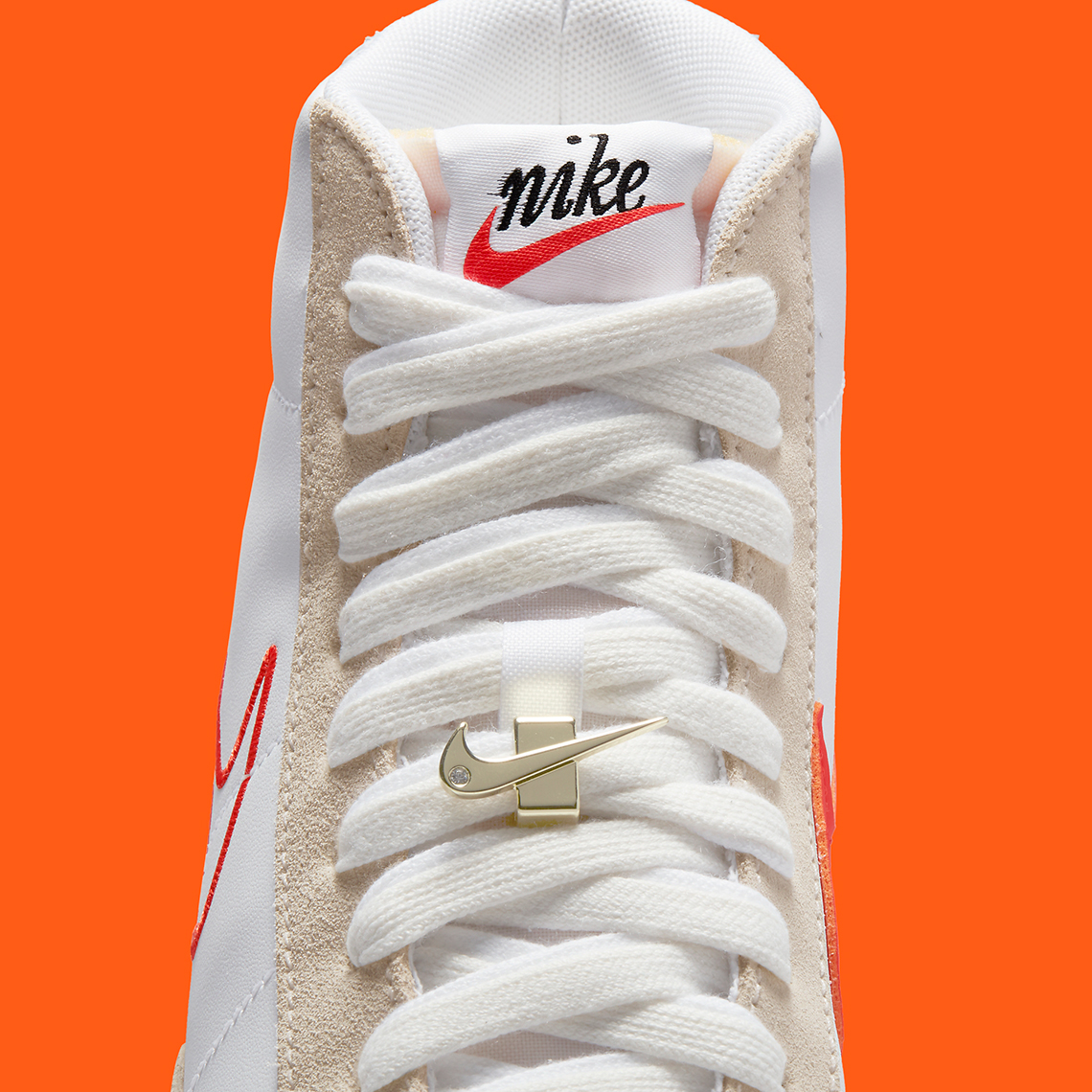 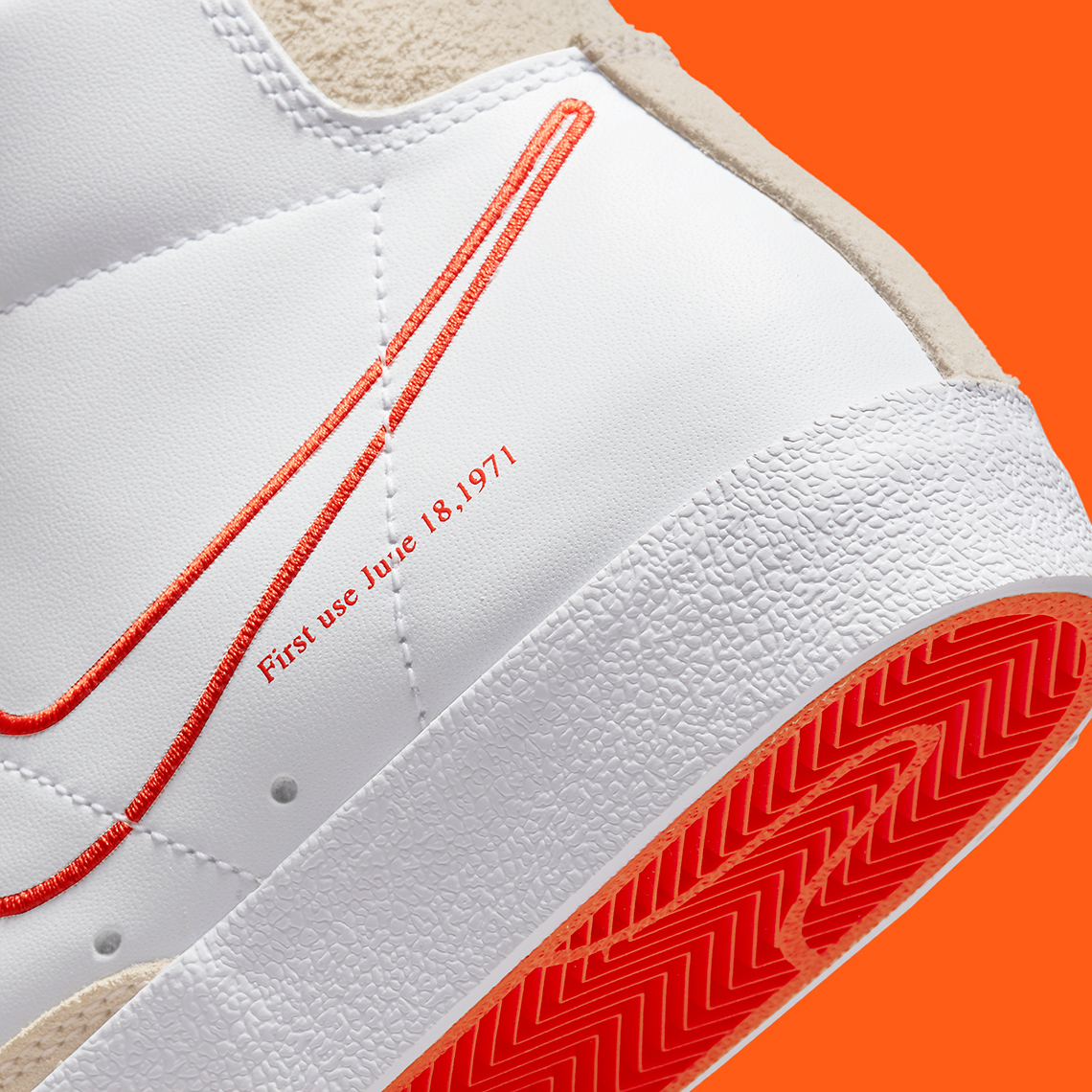