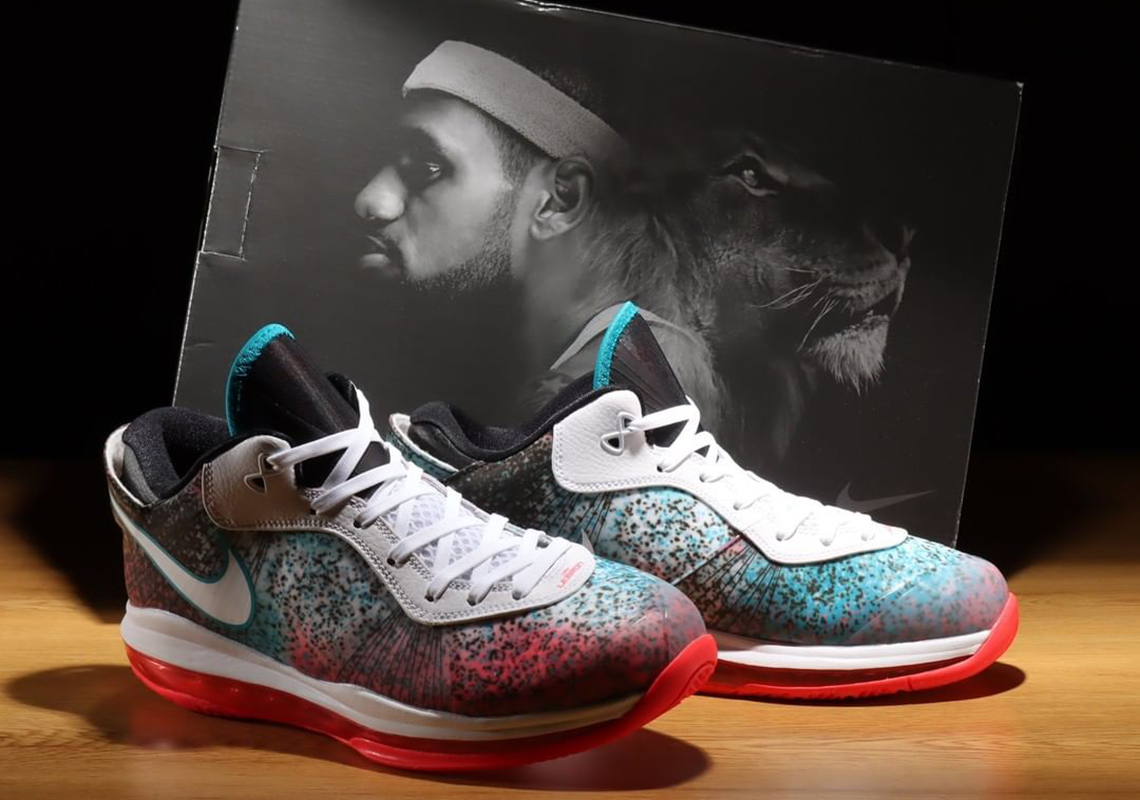 Where To Buy The Nike LeBron 8 V2 Low “Miami Nights”

It wasn’t long ago that Nike announced the return of LeBron Watch, with notable drops due to happen the 23rd of every month. And though it misses the mark by a couple days, the resurrected LeBron 8 V2 Low “Miami Nights” is certainly a fitting addition to the pack.

If you look back almost a decade ago, LeBron’s line-up of Nike signatures were experiencing quite the paradigm shift. Gone were the Ohio colors and here came the bright, night life inspired tones of Miami, a city the athlete would briefly call home. And in preemptive celebration of a championship win that never came to be, the brand produced the “Miami Nights” colorway. Confetti-inspired prints hit the upper throughout, pairing alongside vivid neon shades. Blues and brighter reds would run replete throughout the upper, scoring adjacent to a rather slim showing of white and black neutrals.

For another look ahead of the release, check the images below. If you’re looking to grab a set for yourself, they’re due to hit select retailers and likely Nike.com on May 11th.

In other news, the LeBron 8 South Beach is returning as well. 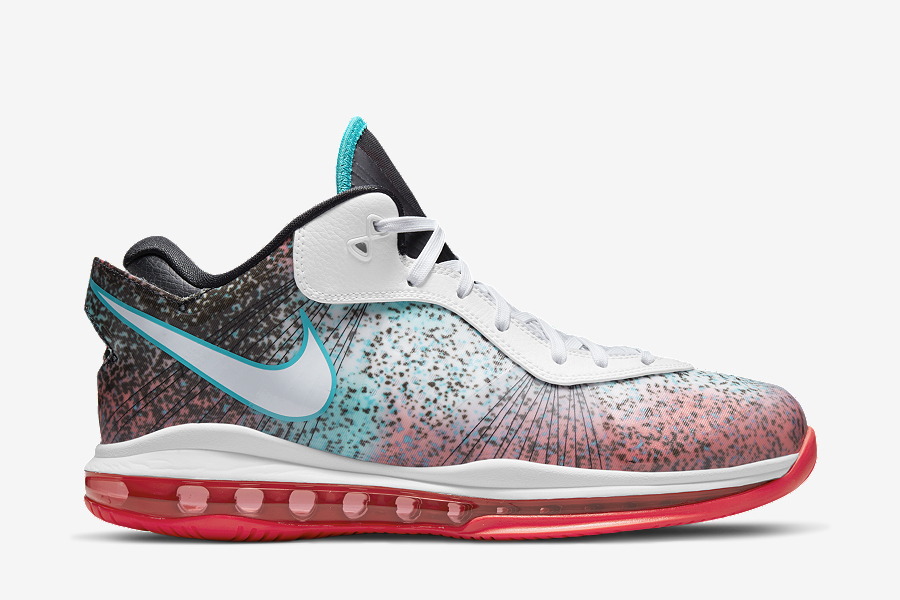 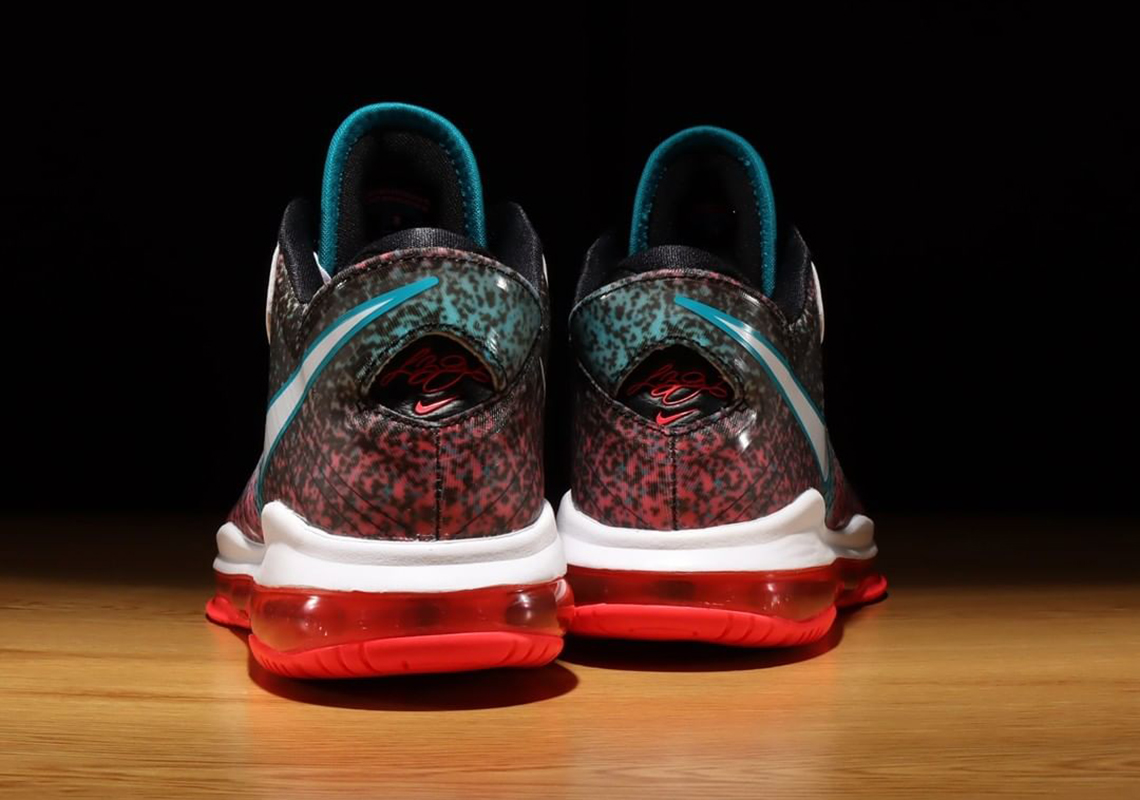 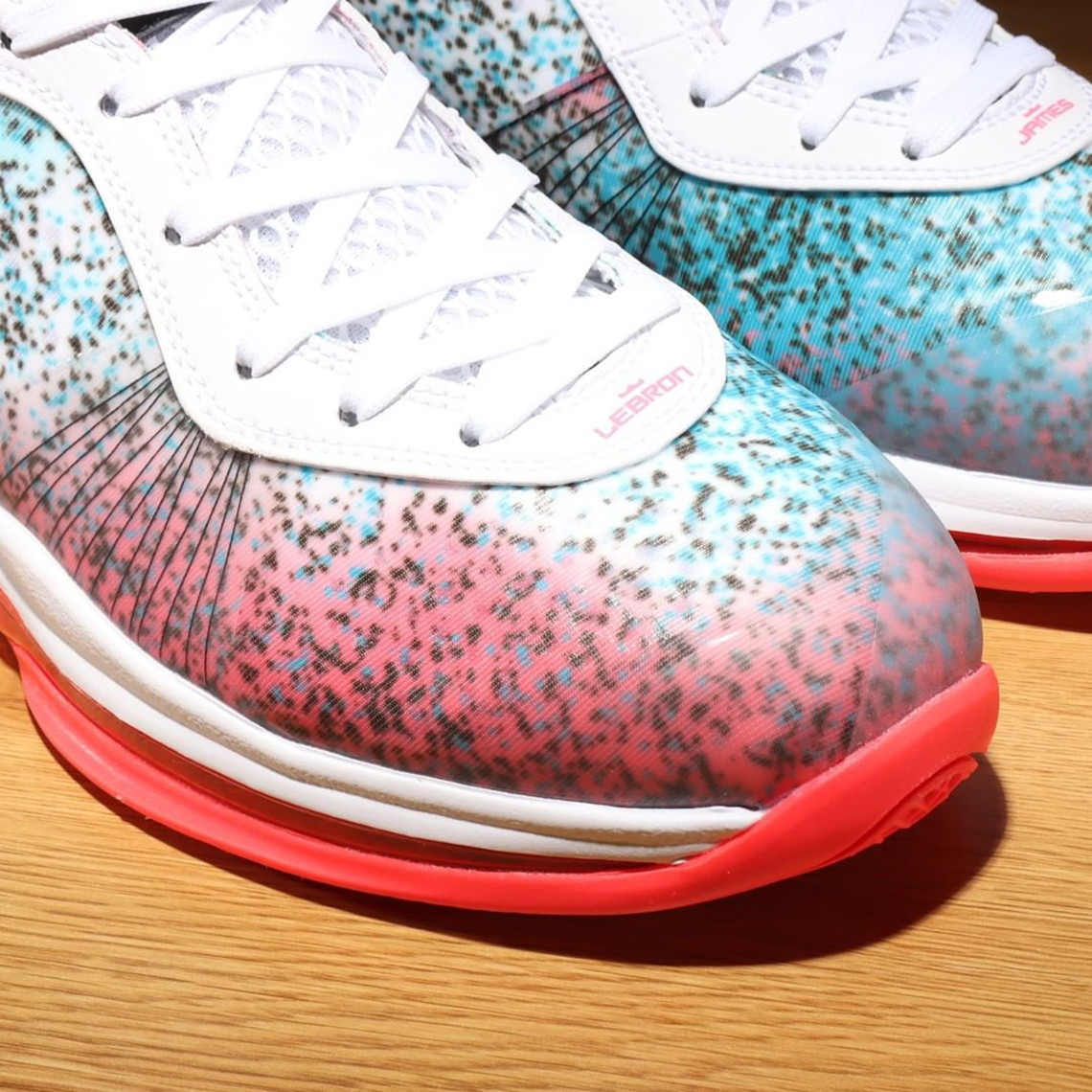