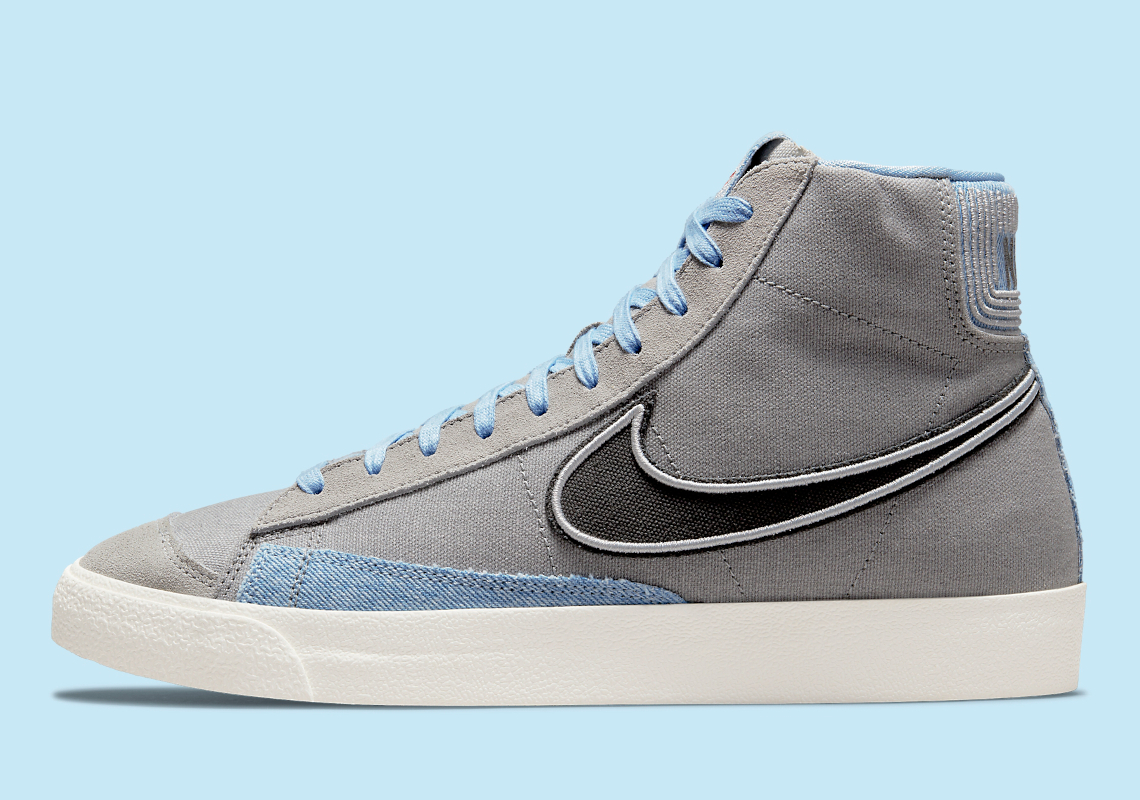 Once a basketball court-staple, the Nike Blazer Mid ’77 has become a go-to option within the casual space. The latest pair to surface – a canvas and denim option – is sure to draw old and new audiences alike given its unconventional arrangement.

Akin to a previously-seen Air Force 1, the forthcoming take on the 1970s-silhouette indulges in an understated color palette accompanied by embroidered hearts and non-standard line detailing. Although the former components are isolated to the tongue and sock-liner, the latter design choice appears on the profile swooshes, “NIKE”-branded heel underlay and label on the tongue, delivering a textured-aesthetic to the canvas Blazer Mid. Laces deviate from the greyscale makeup of their surroundings in favor of a light blue that matches the denim reinforcement found on the lateral forefoot. Underfoot, sole units maintain an off-white look that allows the upper to revel in the spotlight.

Enjoy images of the Blazer Mid ’77 here below, and anticipate a Nike.com launch for this and accompanying pairs soon.

Elsewhere under the NIKE, Inc. banner, the Air Jordan 1 KO “Chicago” arrives on May 12th. 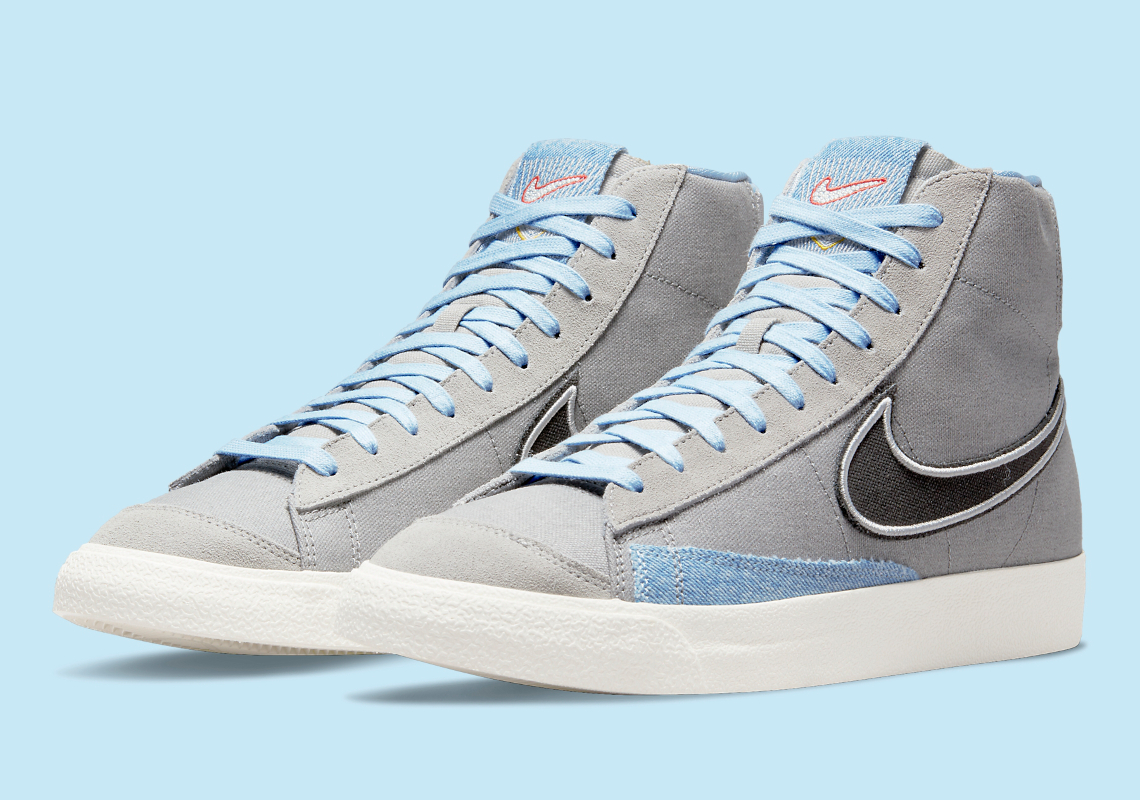 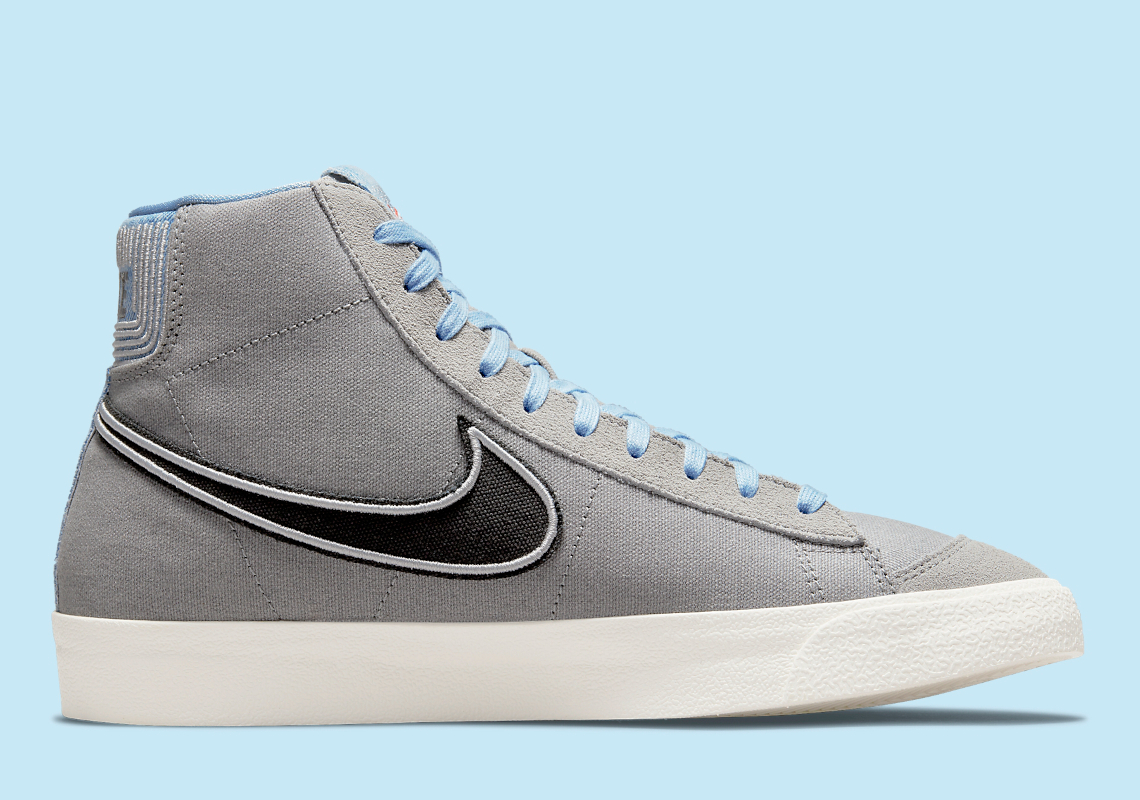 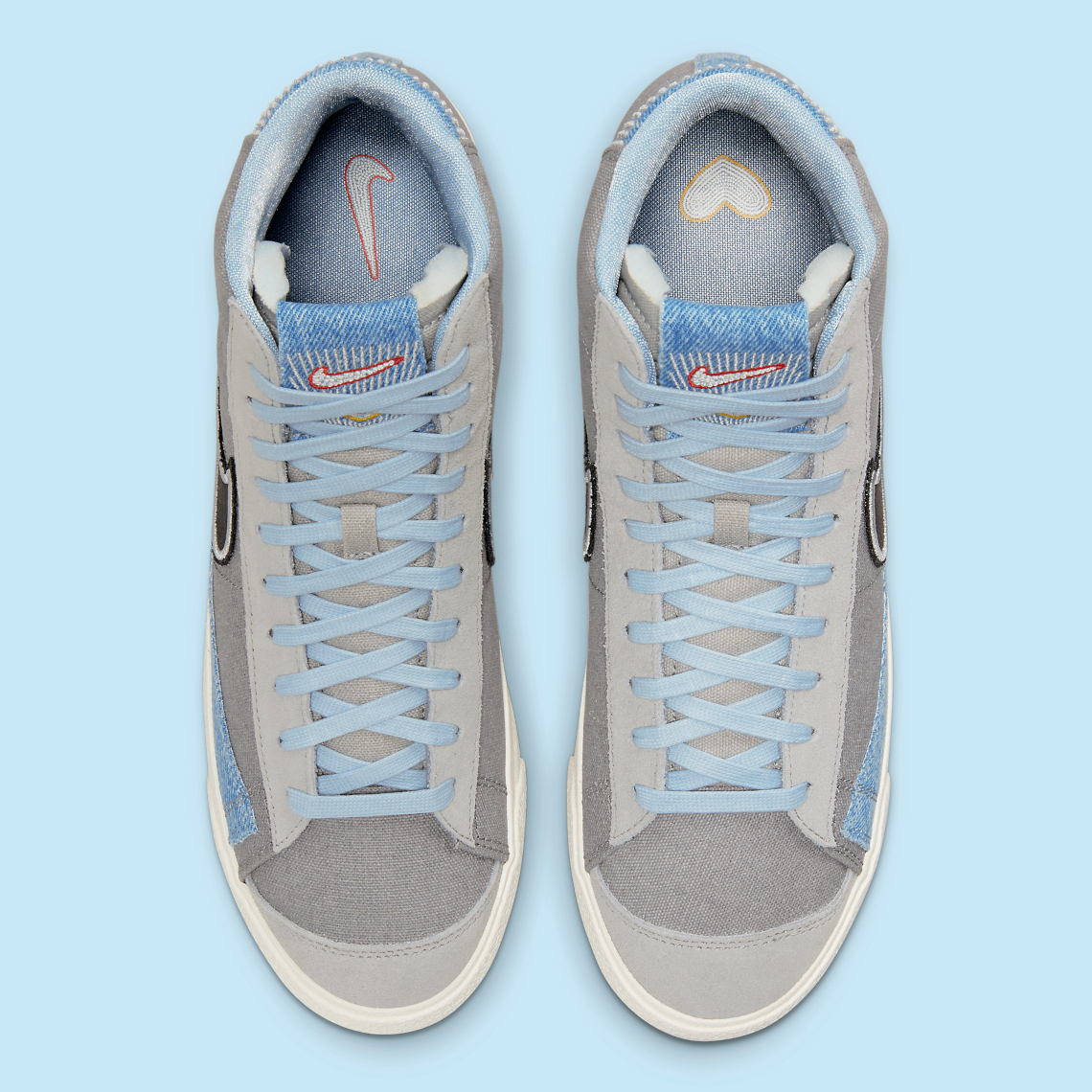 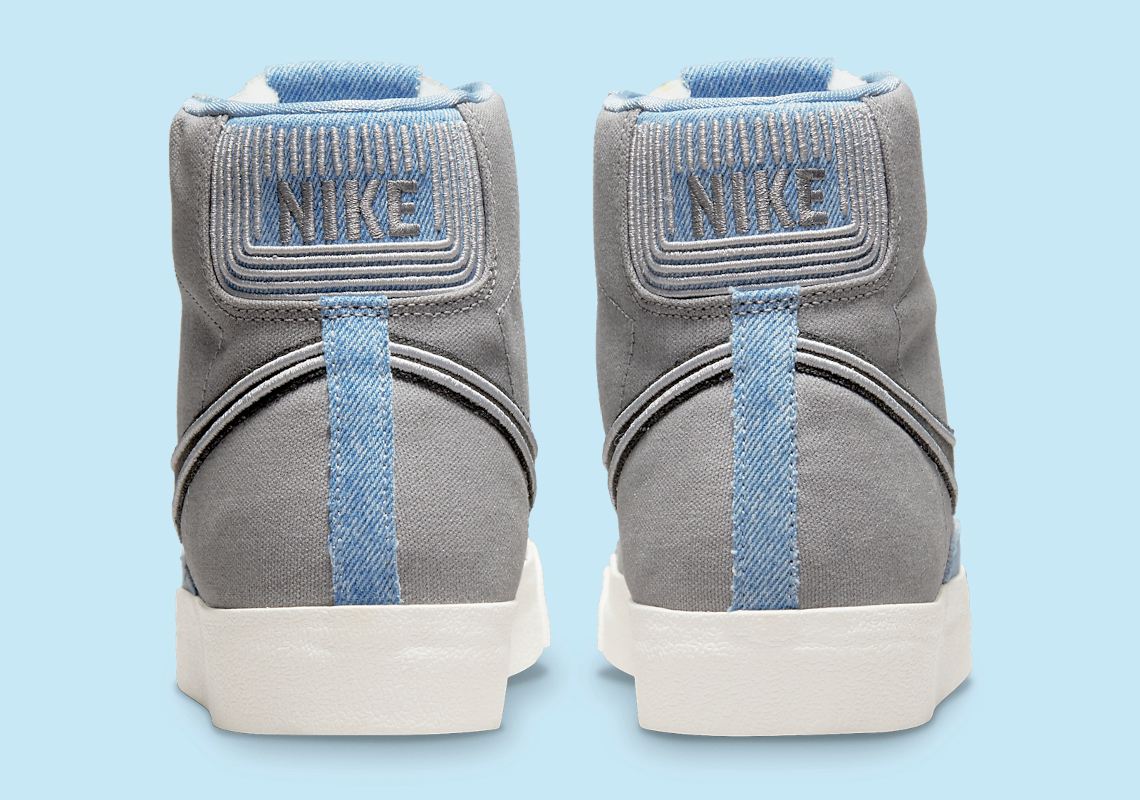 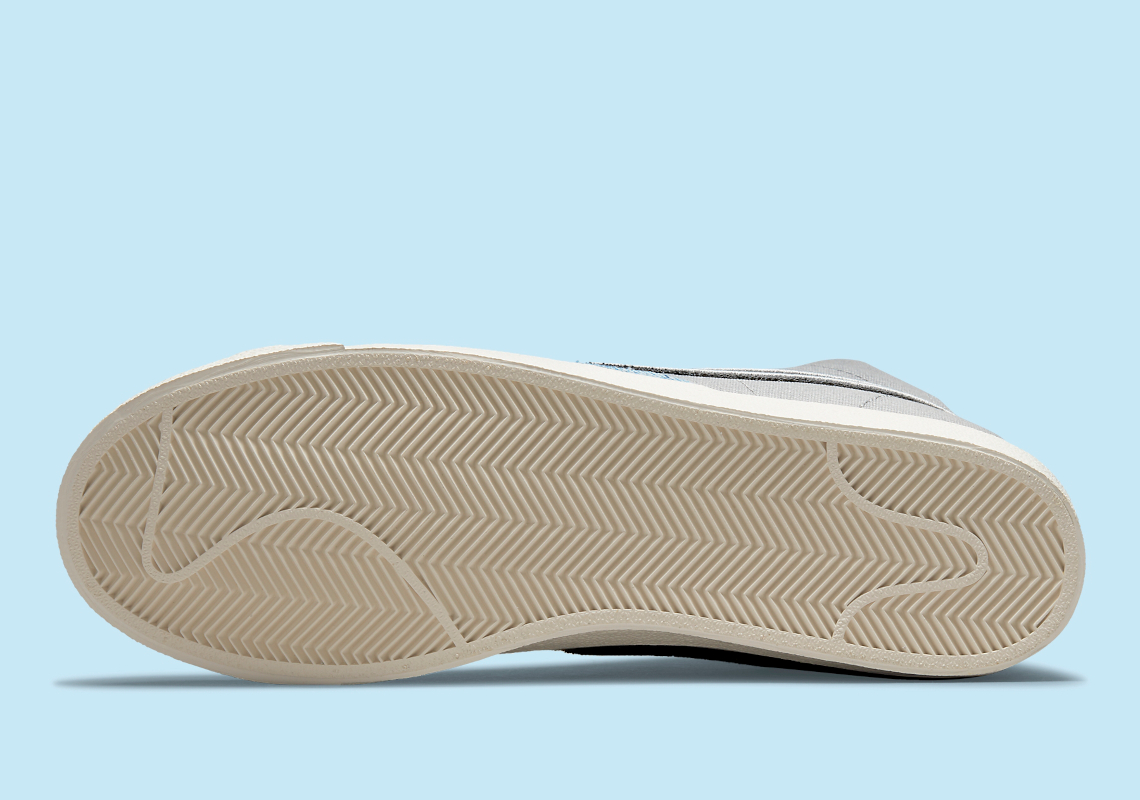 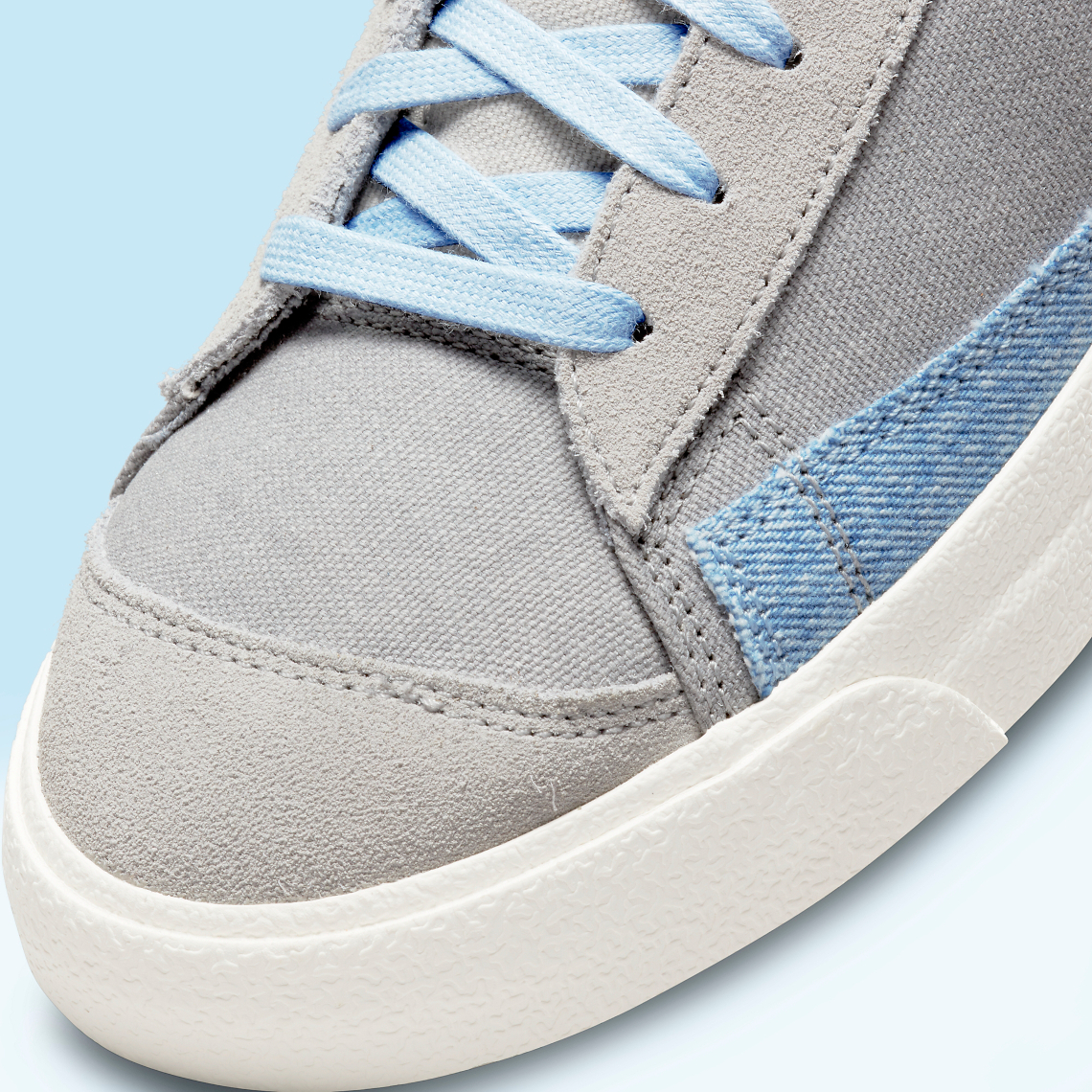 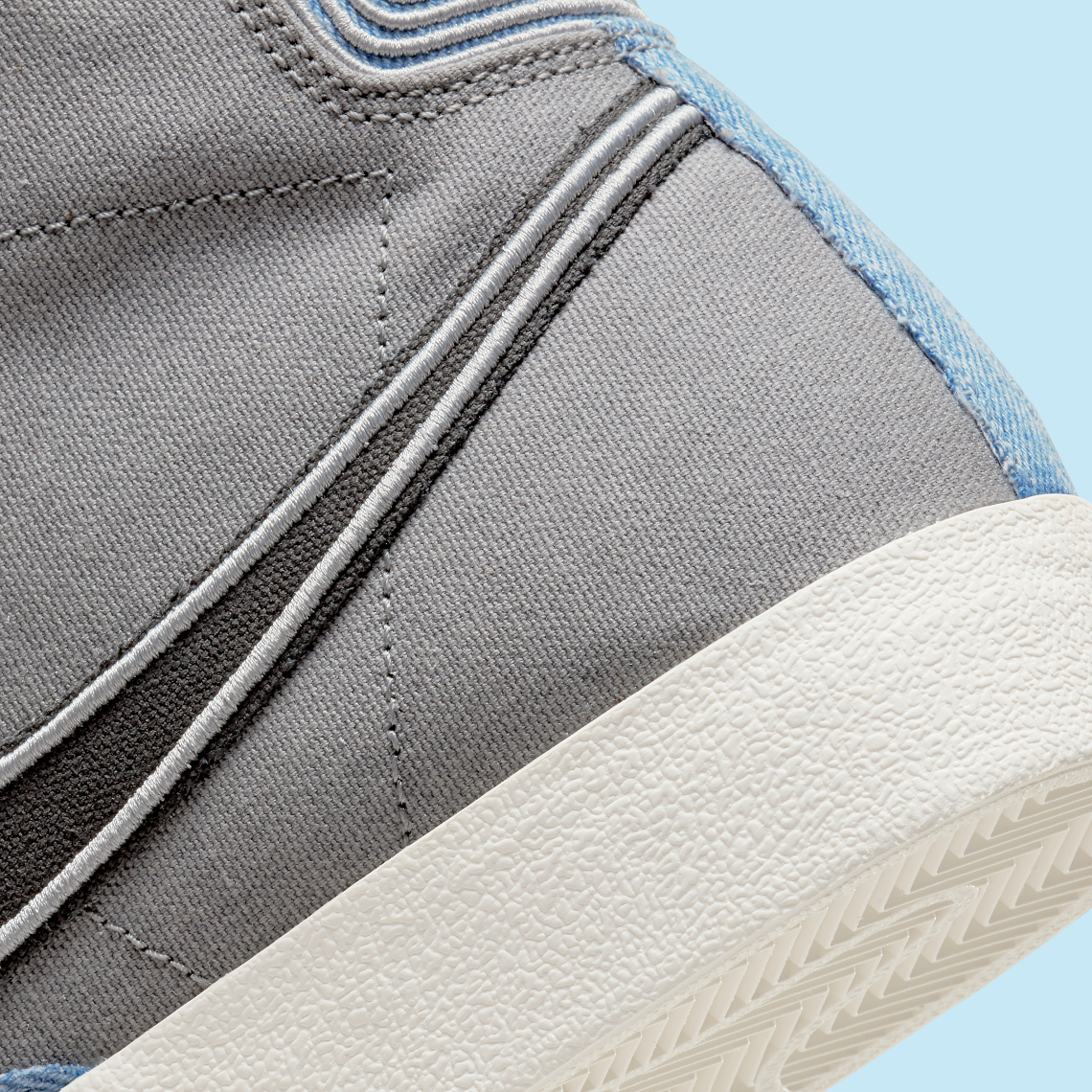 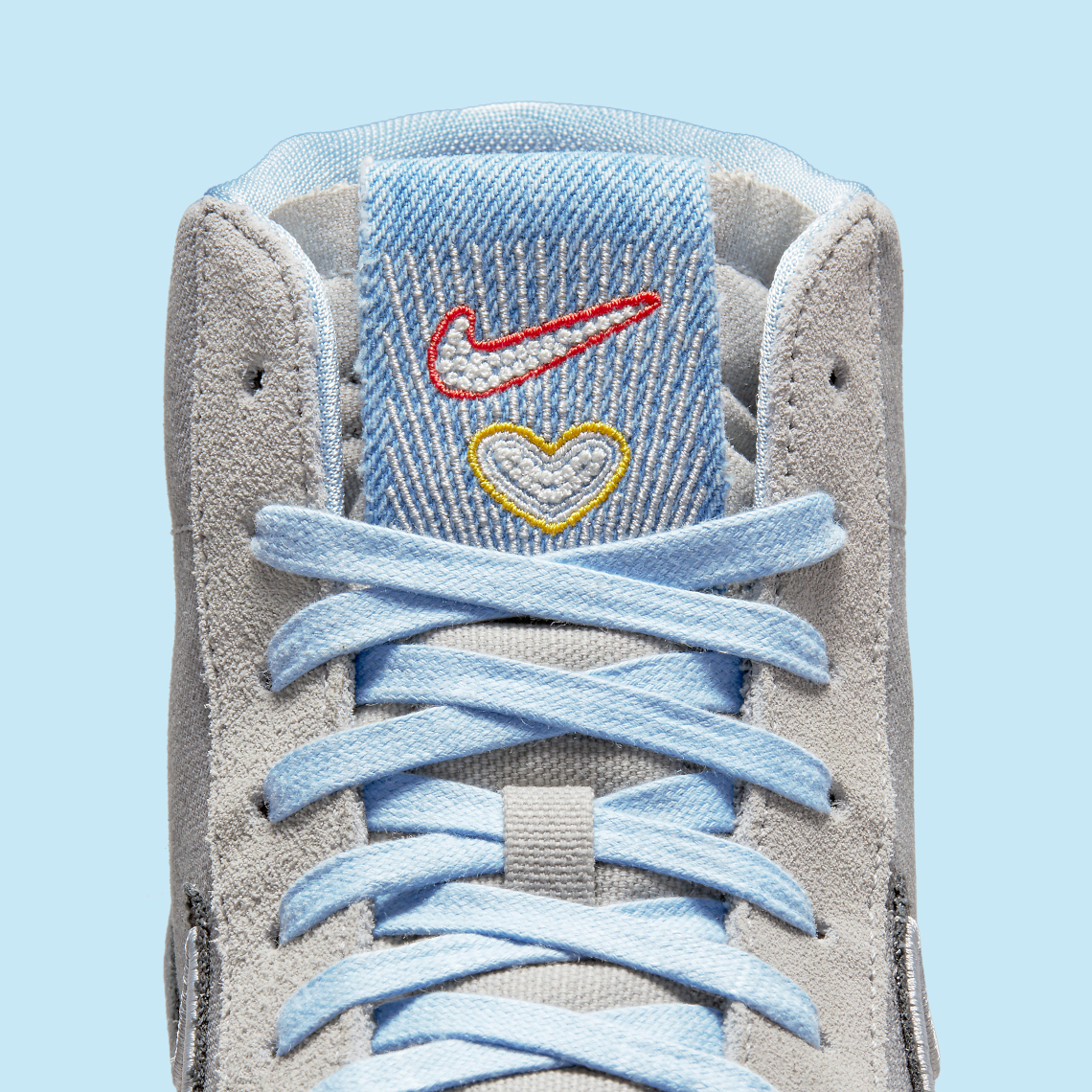 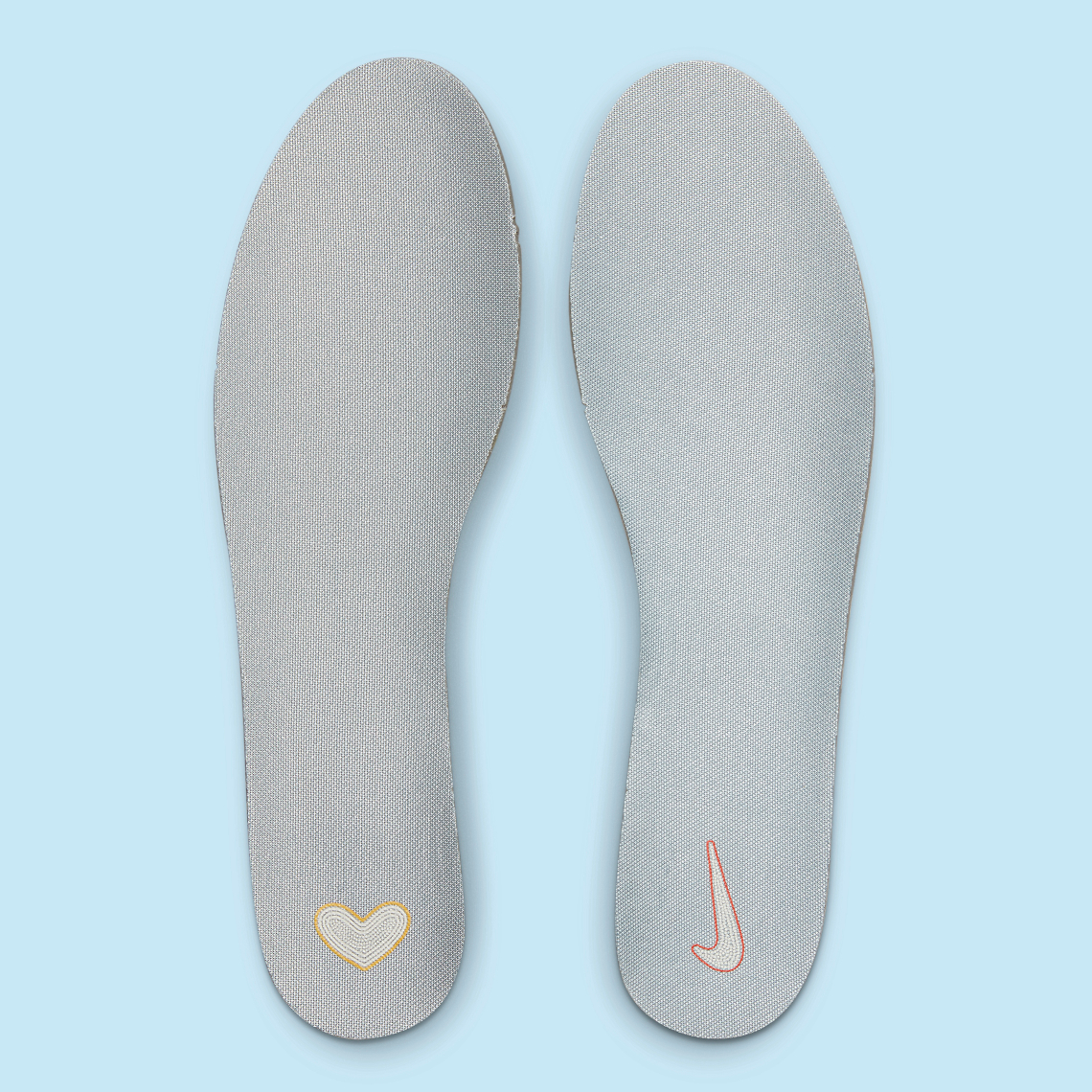