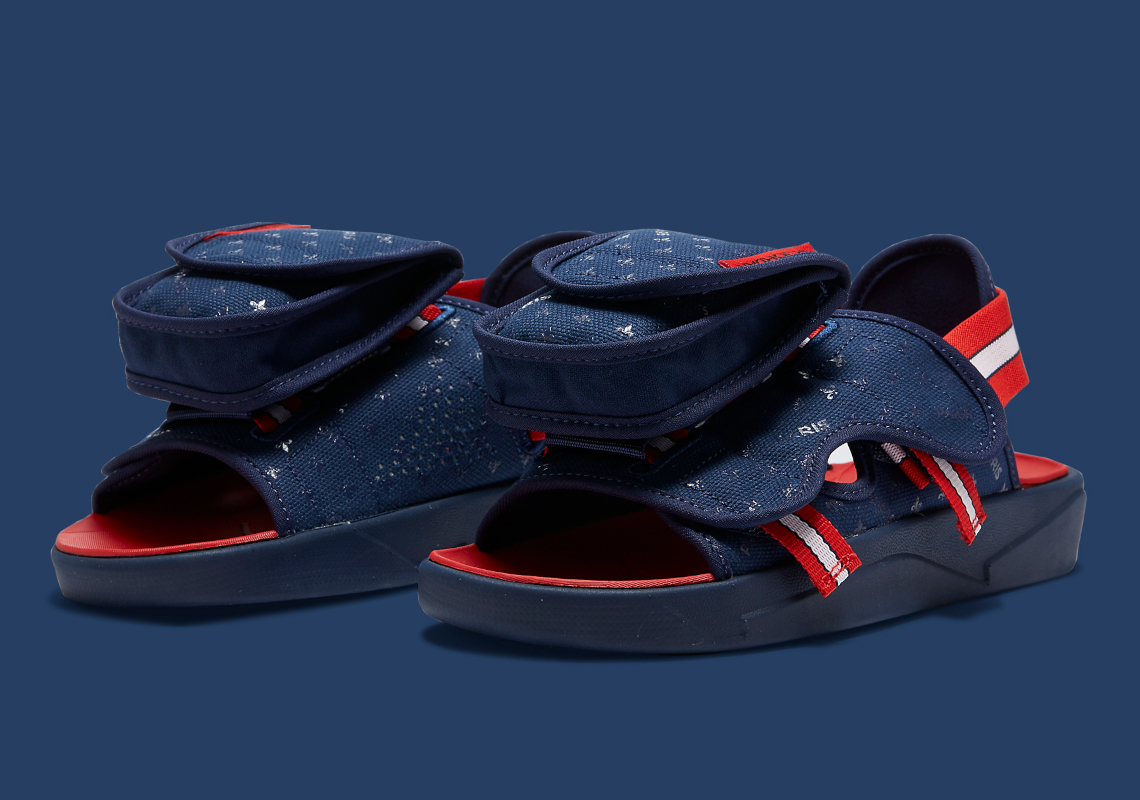 Paris Saint-Germain Football Club (PSG FC) may no longer be in the Champions League (nor might they win Ligue 1), but they’re able to boast about something their competition isn’t: a healthy partnership with Brand Jordan. Over the last several years, this relationship has produced some highly-coveted Air Jordan collaborations, and it’s most recently prepped a Jordan LS Slide sure to have diehard and casual fans alike trade-in their current lounge footwear for it.

As with other slides and sandals on the market, the forthcoming pair from NIKE, Inc. indulges in a number of canvas straps and fold-over panels atop a solid foam sole unit. The style’s body features a bevy of PSG-related iconography, namely the fleur-de-lis and “PARIS” found on the club’s kit. Lockdown straps deliver three-tone flair to the mix, boasting a predominantly “University Red” arrangement. Co-branded stow pockets are held in place by similar straps, revealing “PARIS SAINT-GERMAIN” text and a Jumpman logo underneath.

Enjoy official images of the pair here below, and anticipate a Nike SNKRS release soon.

For more upcoming Jordans, check out the Air Jordan 1 “Pollen” set to arrive on August 21st. 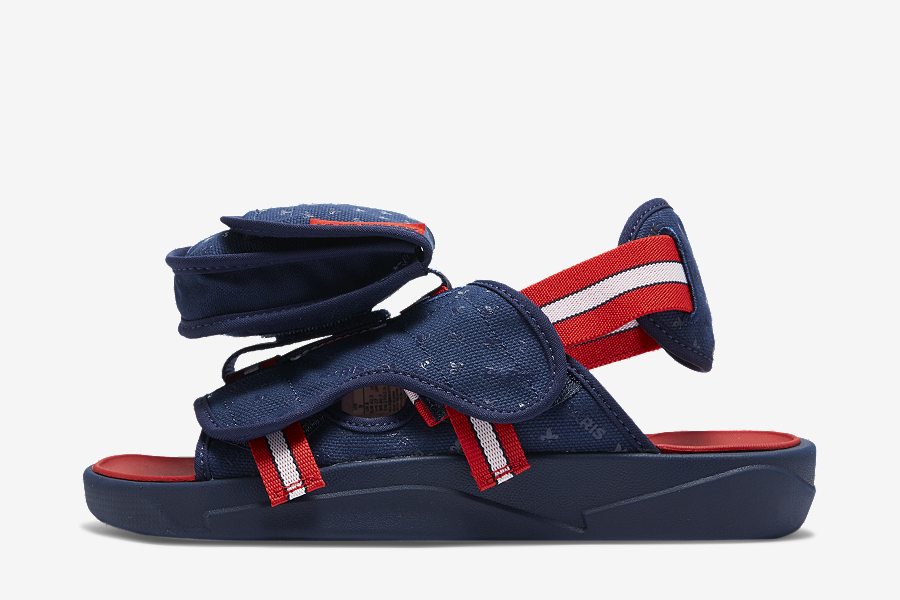 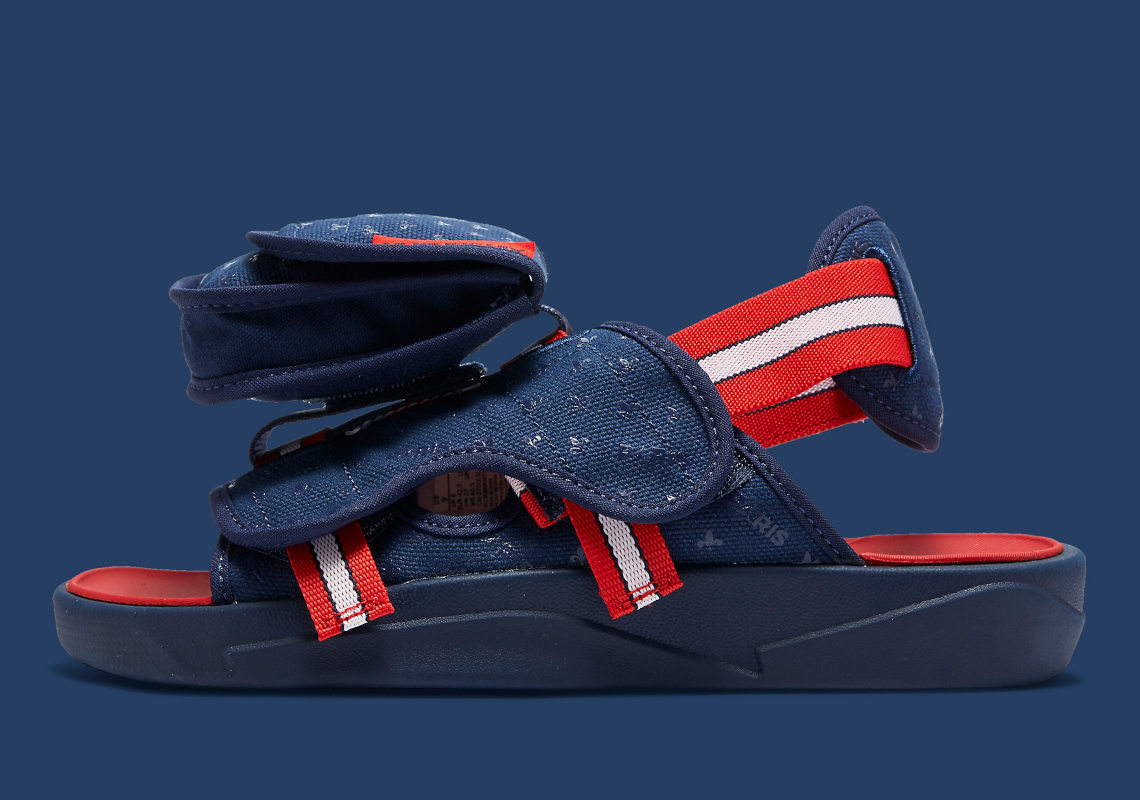 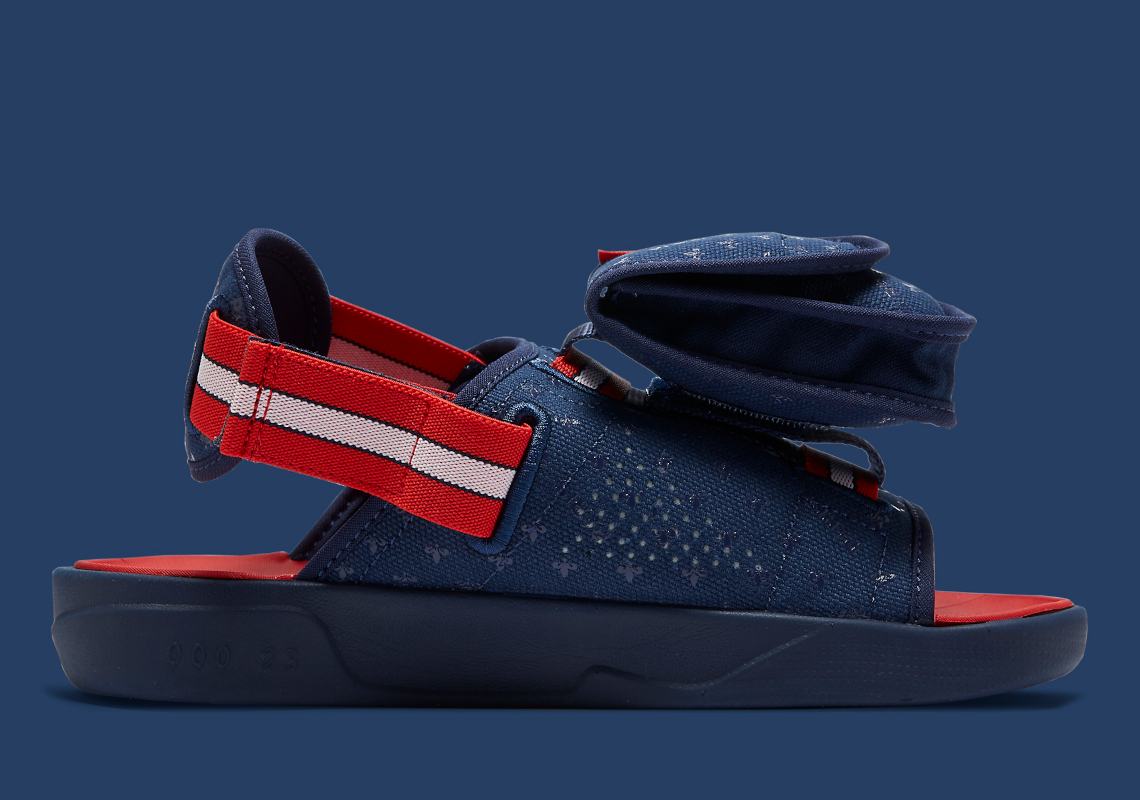 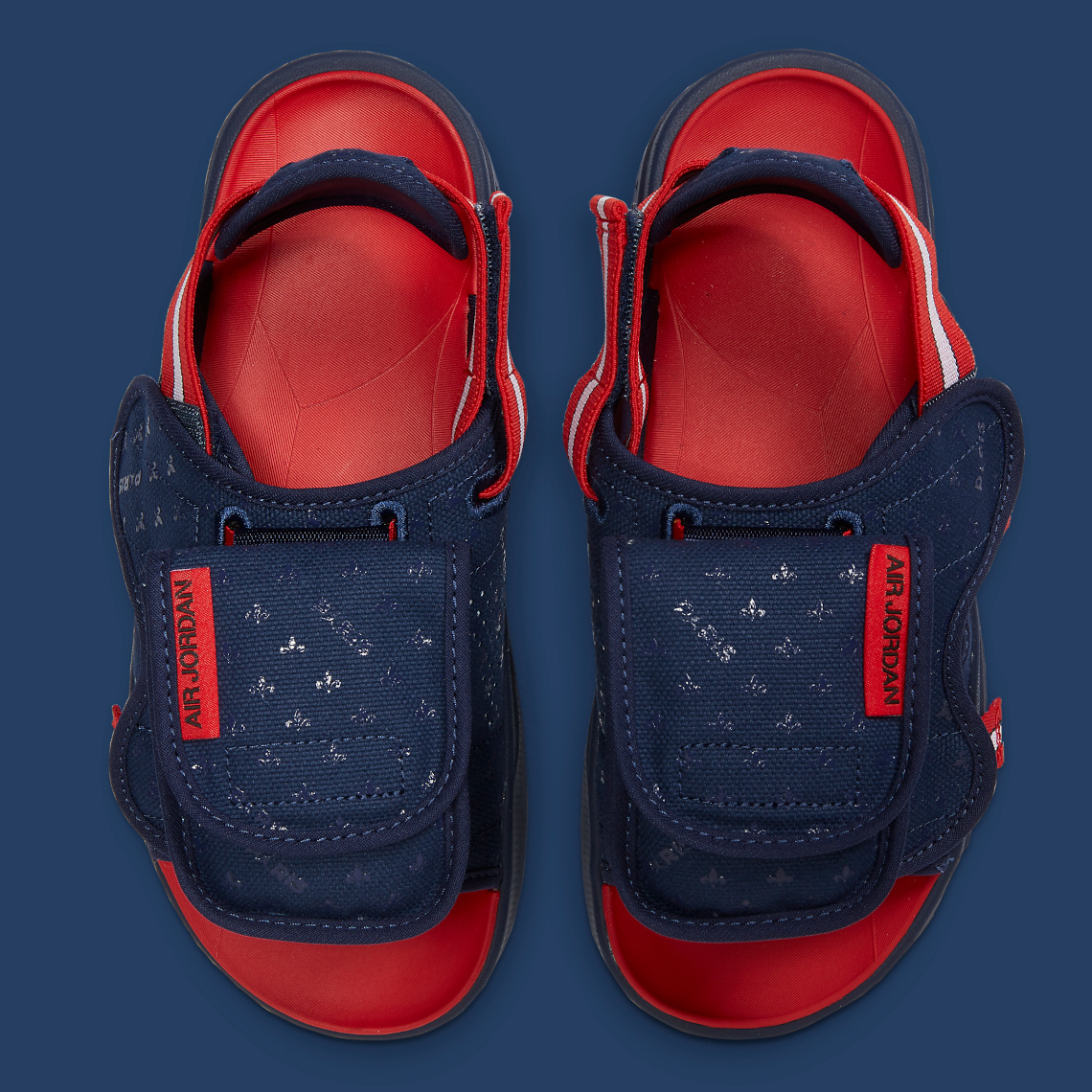 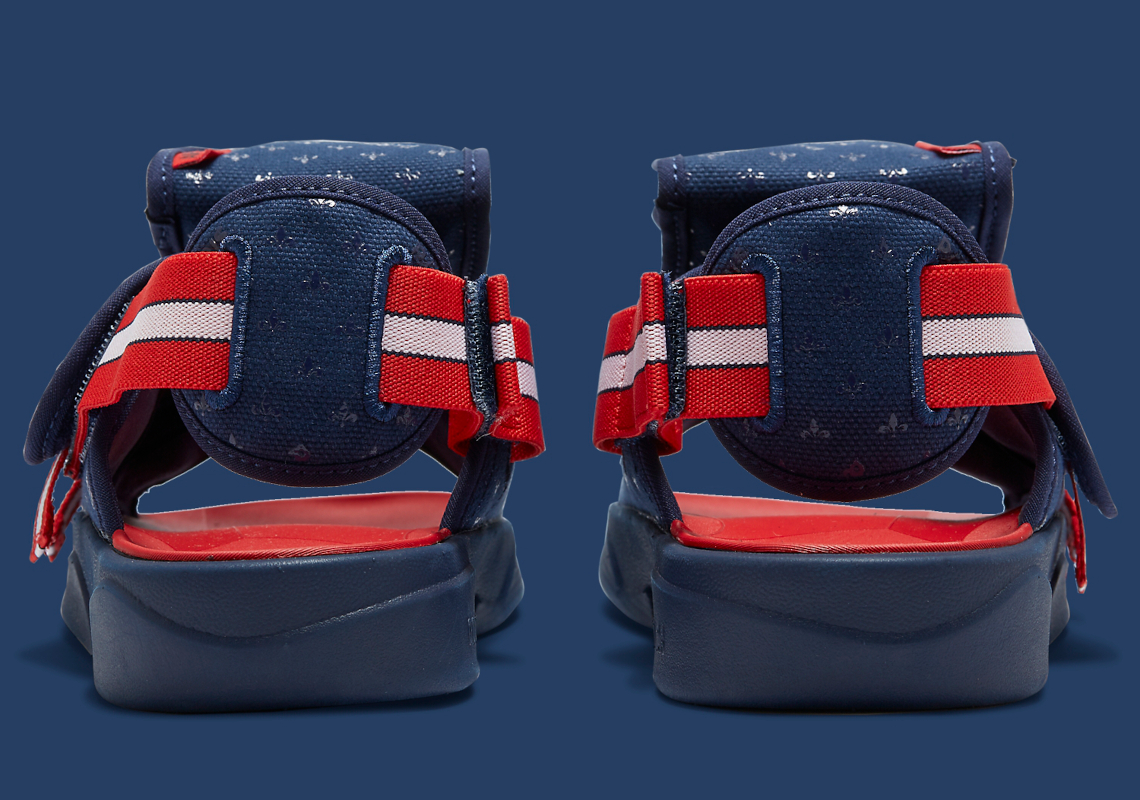 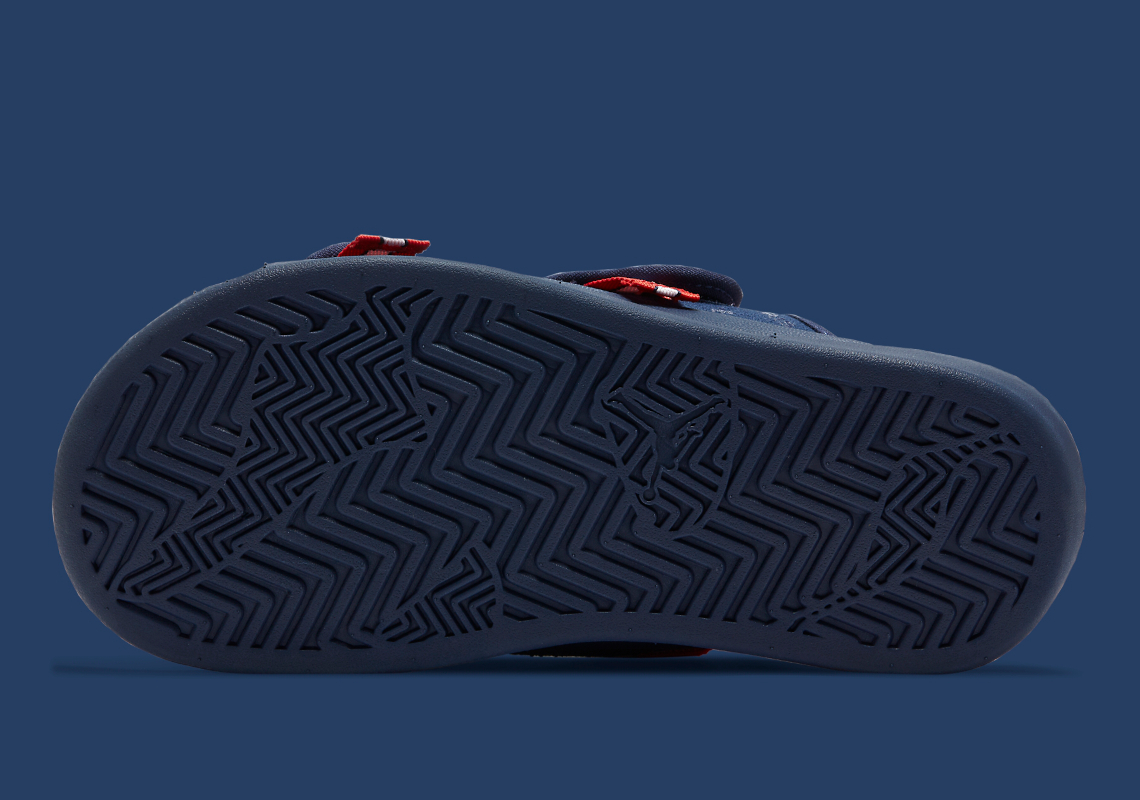 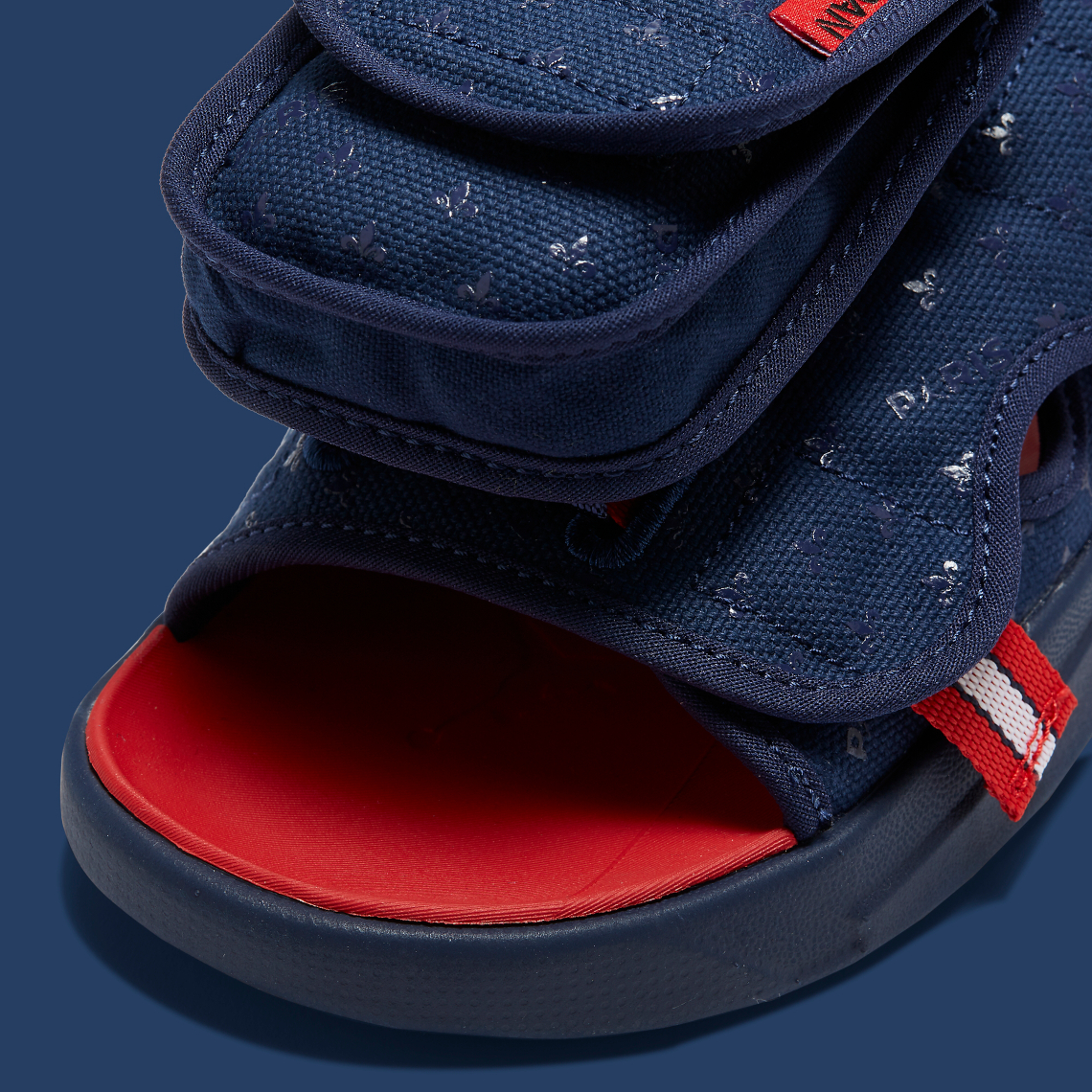 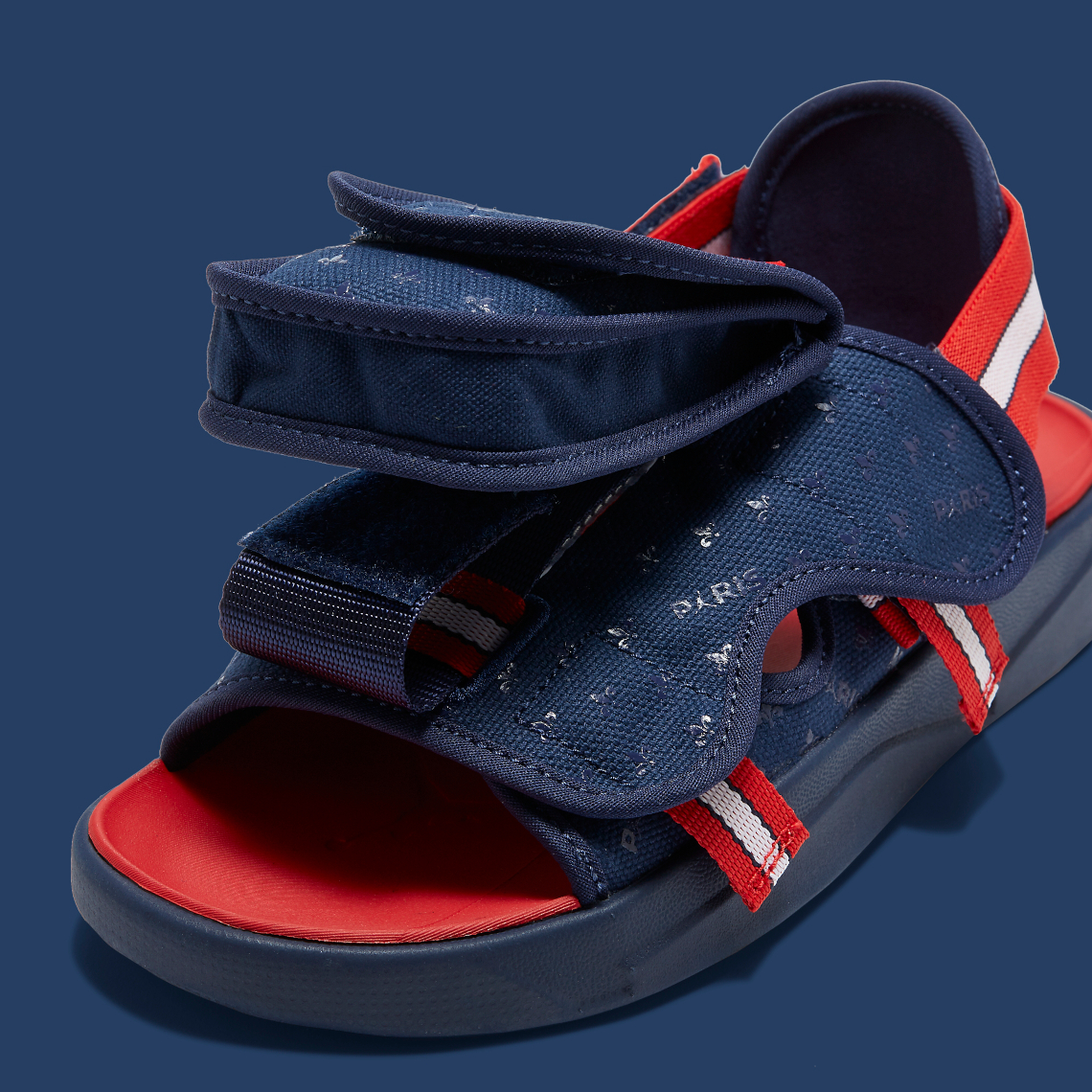 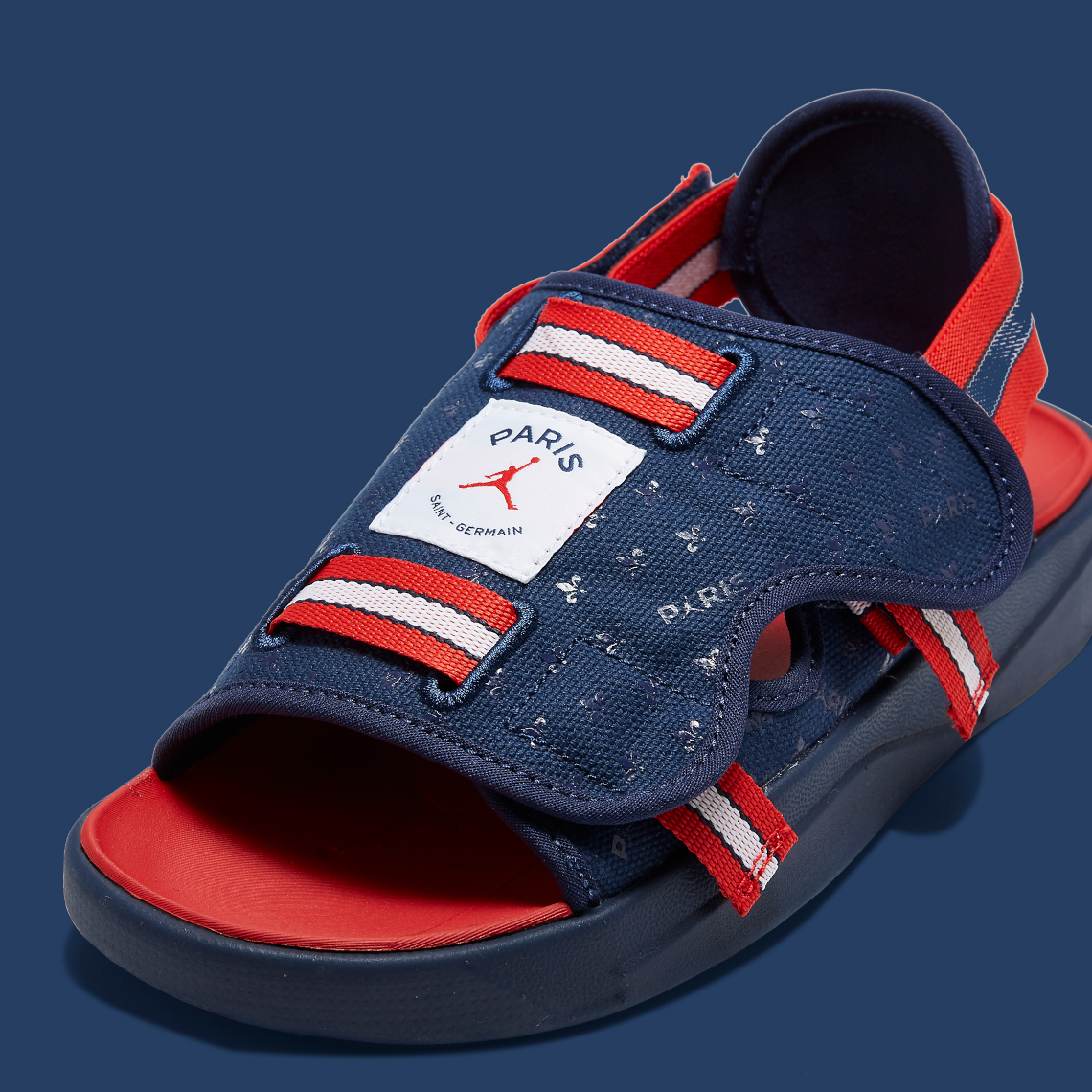 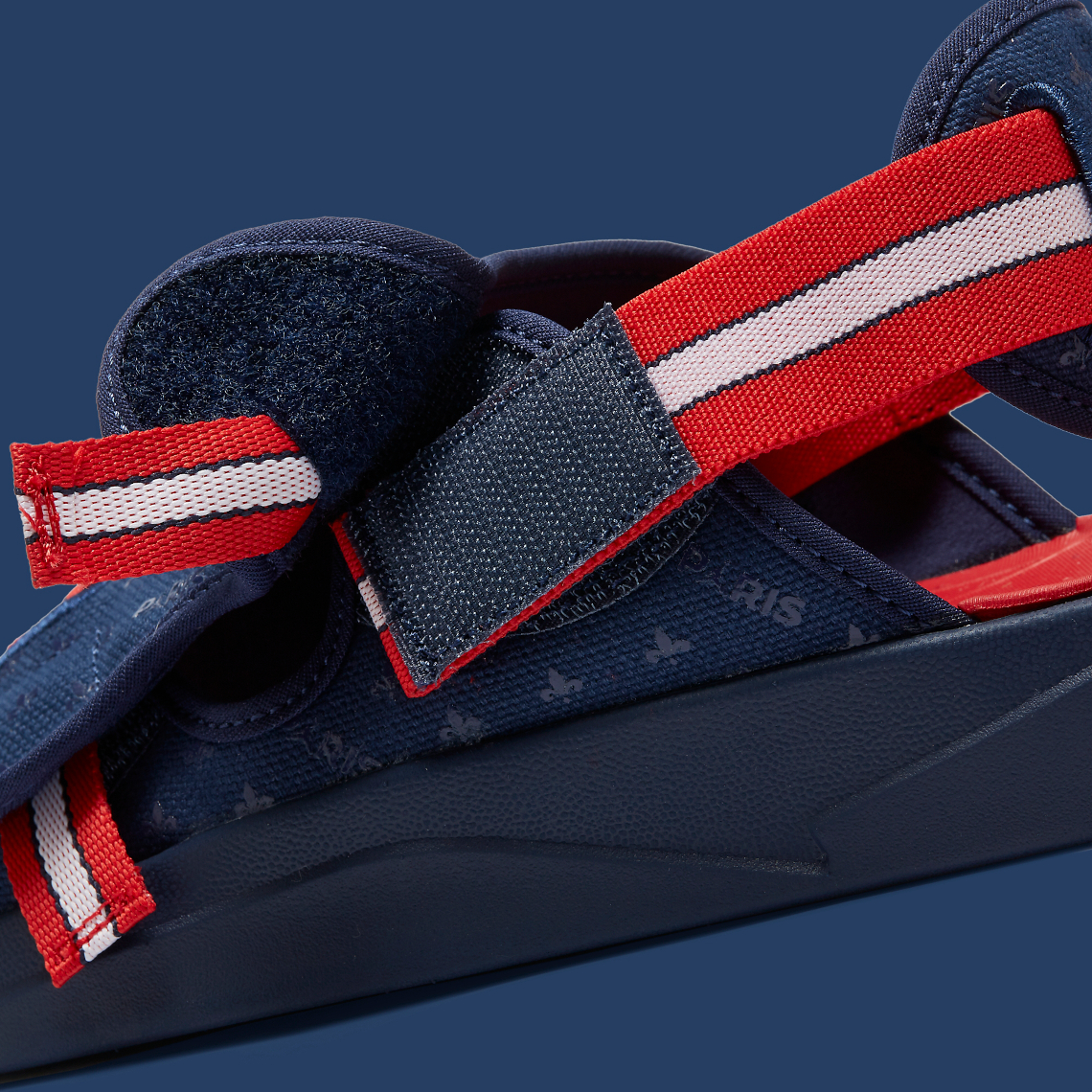 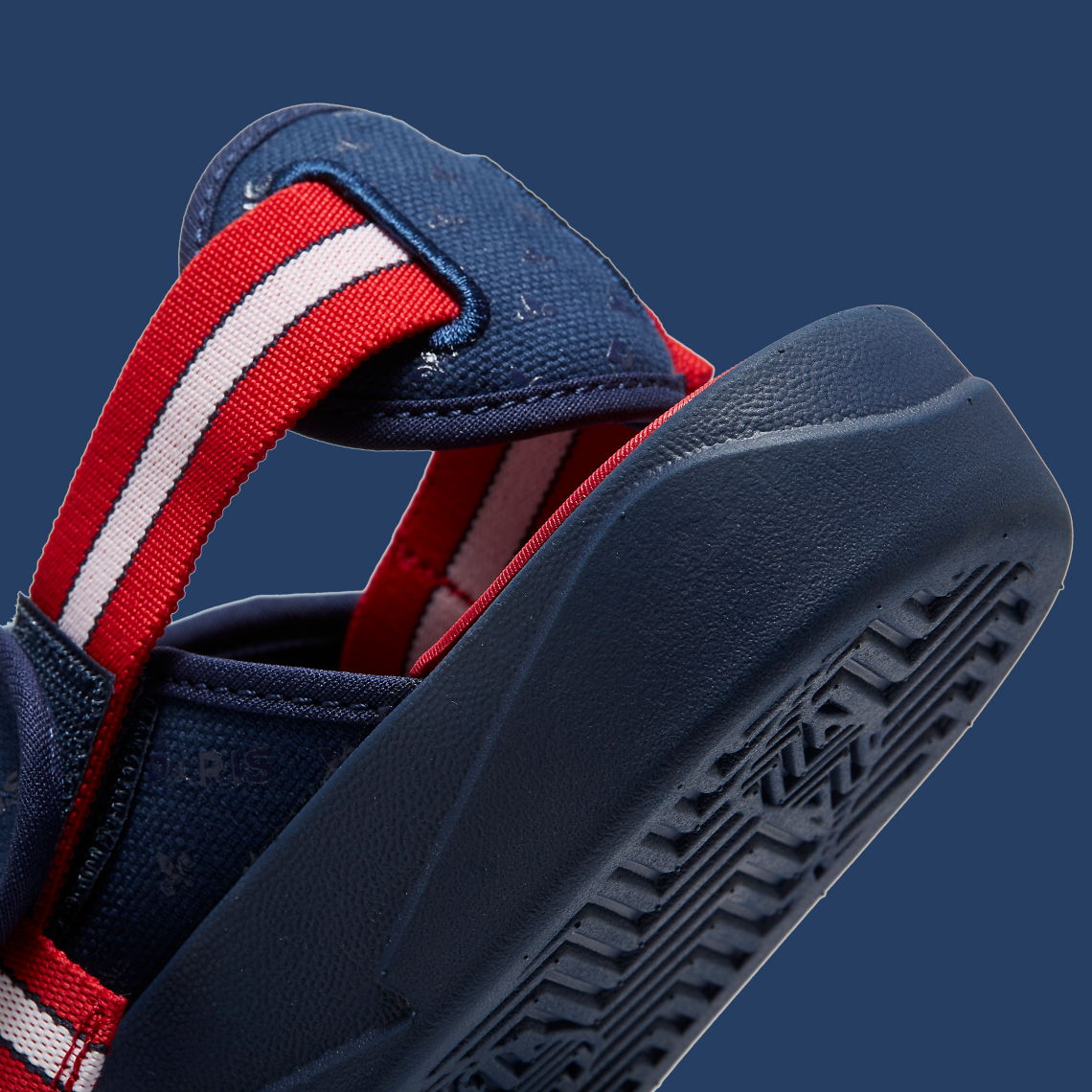 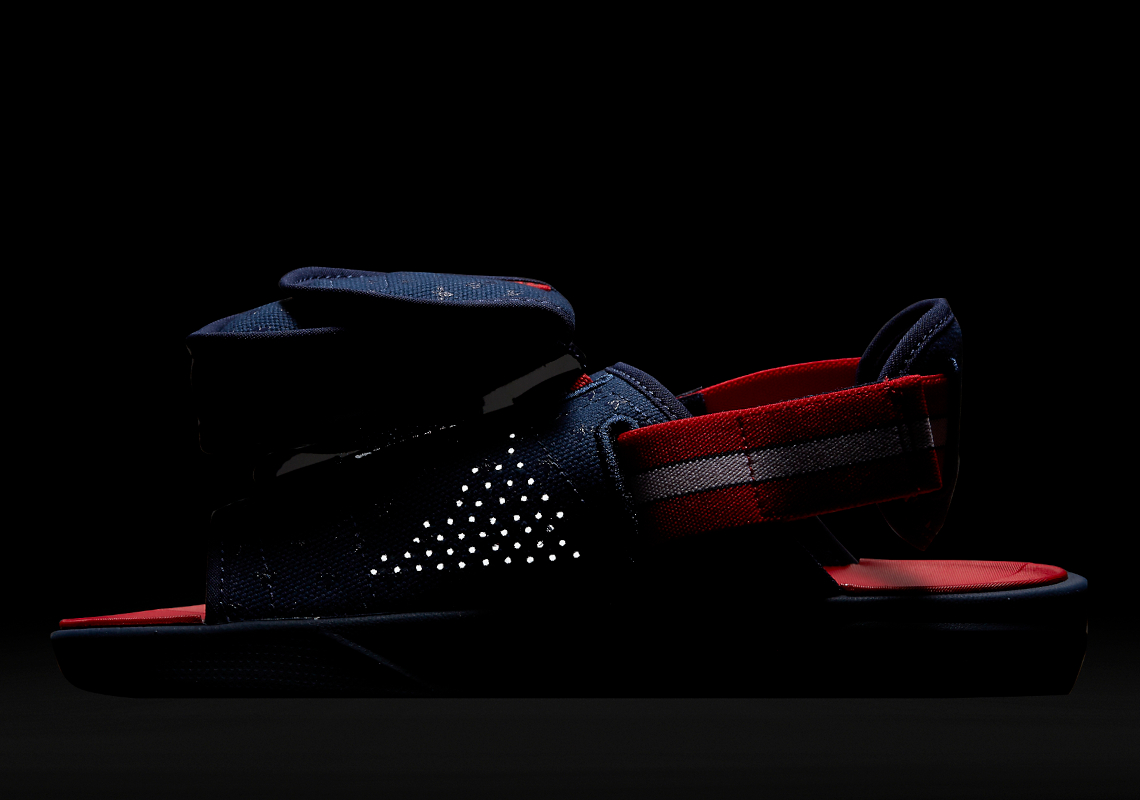