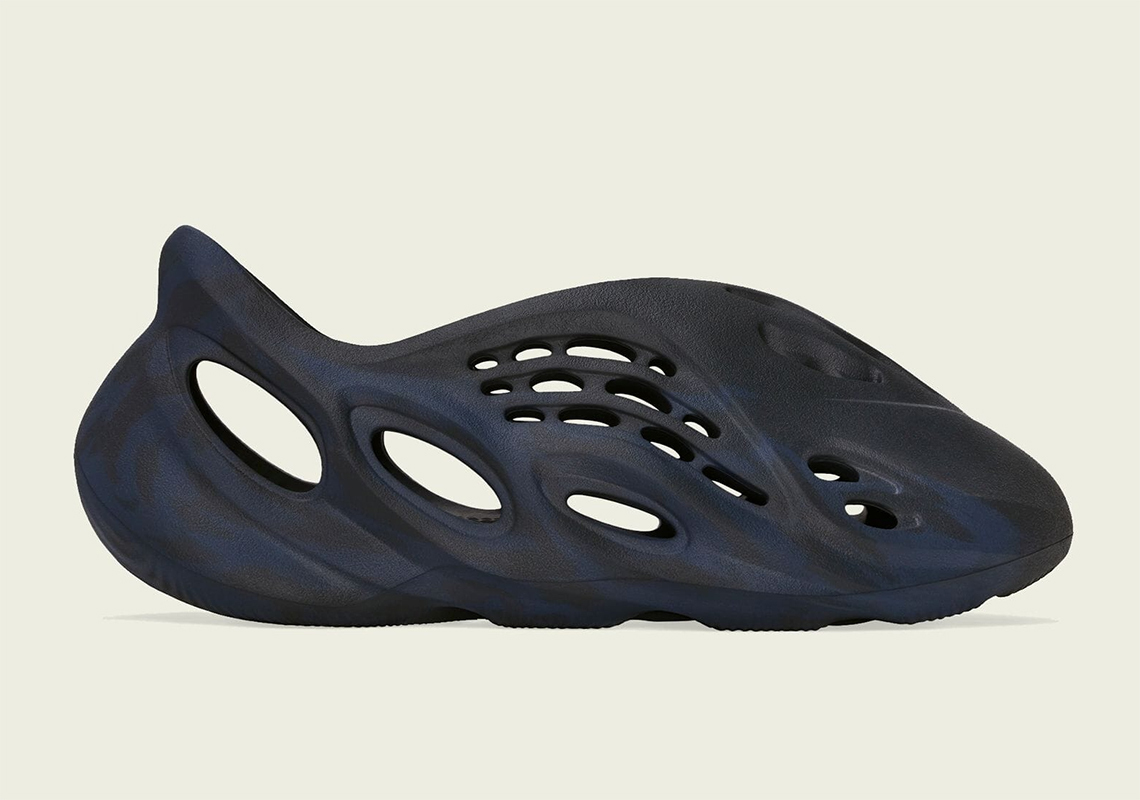 Throughout its eight-year existence, adidas YEEZY has been criticized for its heavy-use of monochromatic earth tones across its footwear lineup. The YEEZY Foam Runner hasn’t been spared from judgement, but it’s ushered in experimental styles from the mind of Kanye West.

Partially constructed from algae, the slip-on shoe has been touted as YEEZY‘s leading effort in establishing a manufacturing presence in the United States of America. And while true of previously-seen “Ararat” and “Sand” colorways, two-tone takes like “MXT Moon Grey” and upcoming “Mineral Blue” are currently being produced in China, likely due to the patterned-nature of their bodies. Initial teaser images of the latest Foam Runner suggested the pair would follow along with forthcoming solid-colored “Ochre” and “Vermillion” options, but official images have revealed streaks of black across the highly-porous, deep navy arrangement.

Enjoy a closer look at the laceless shoe here below, and anticipate a launch on May 29th.

For more upcoming YEEZYs, check out the YEEZY 500 “Taupe Light”. 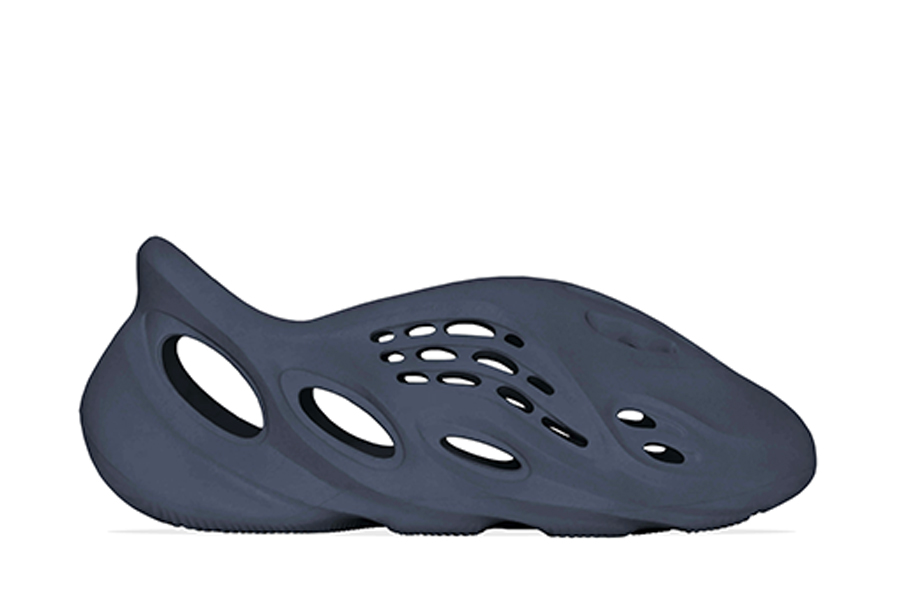 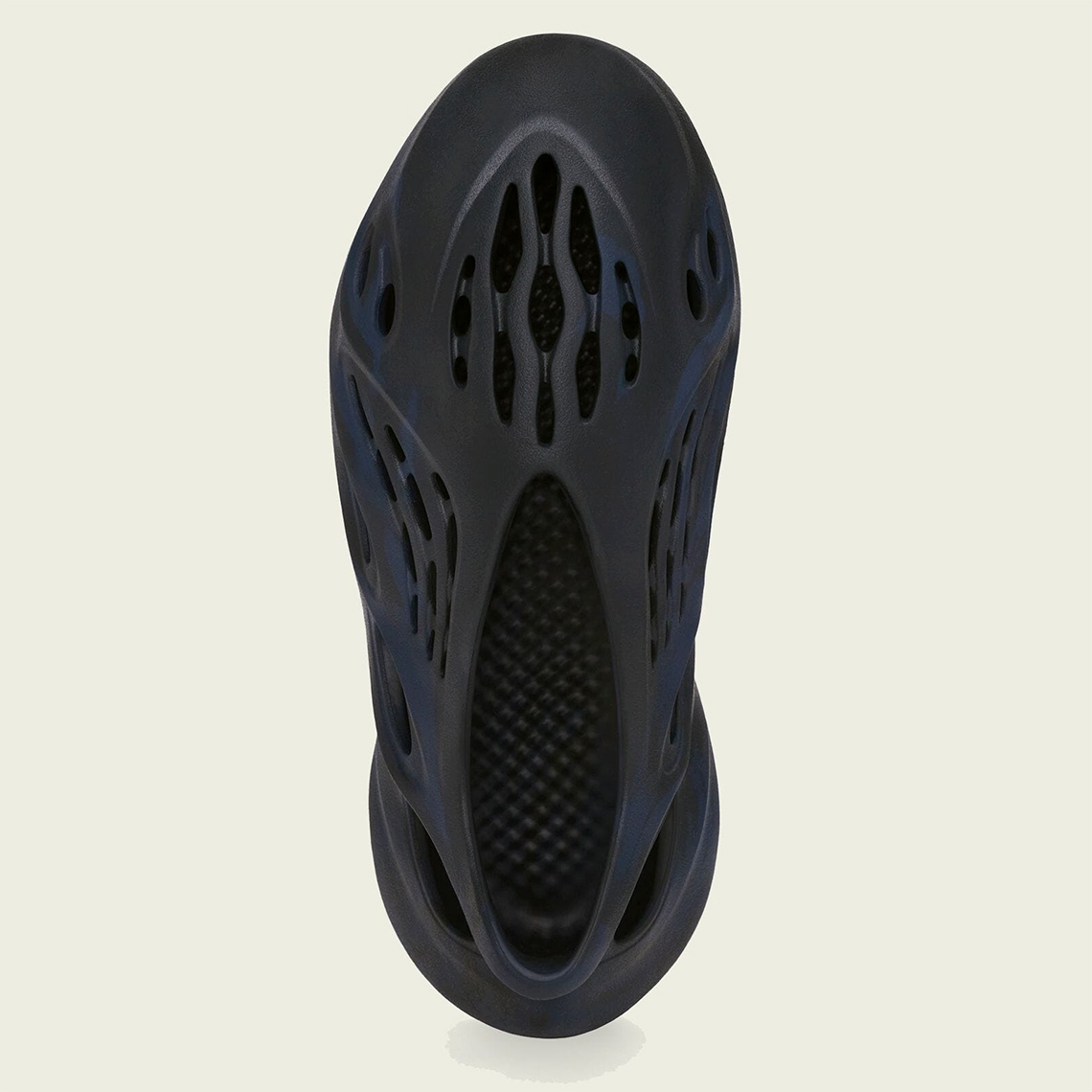 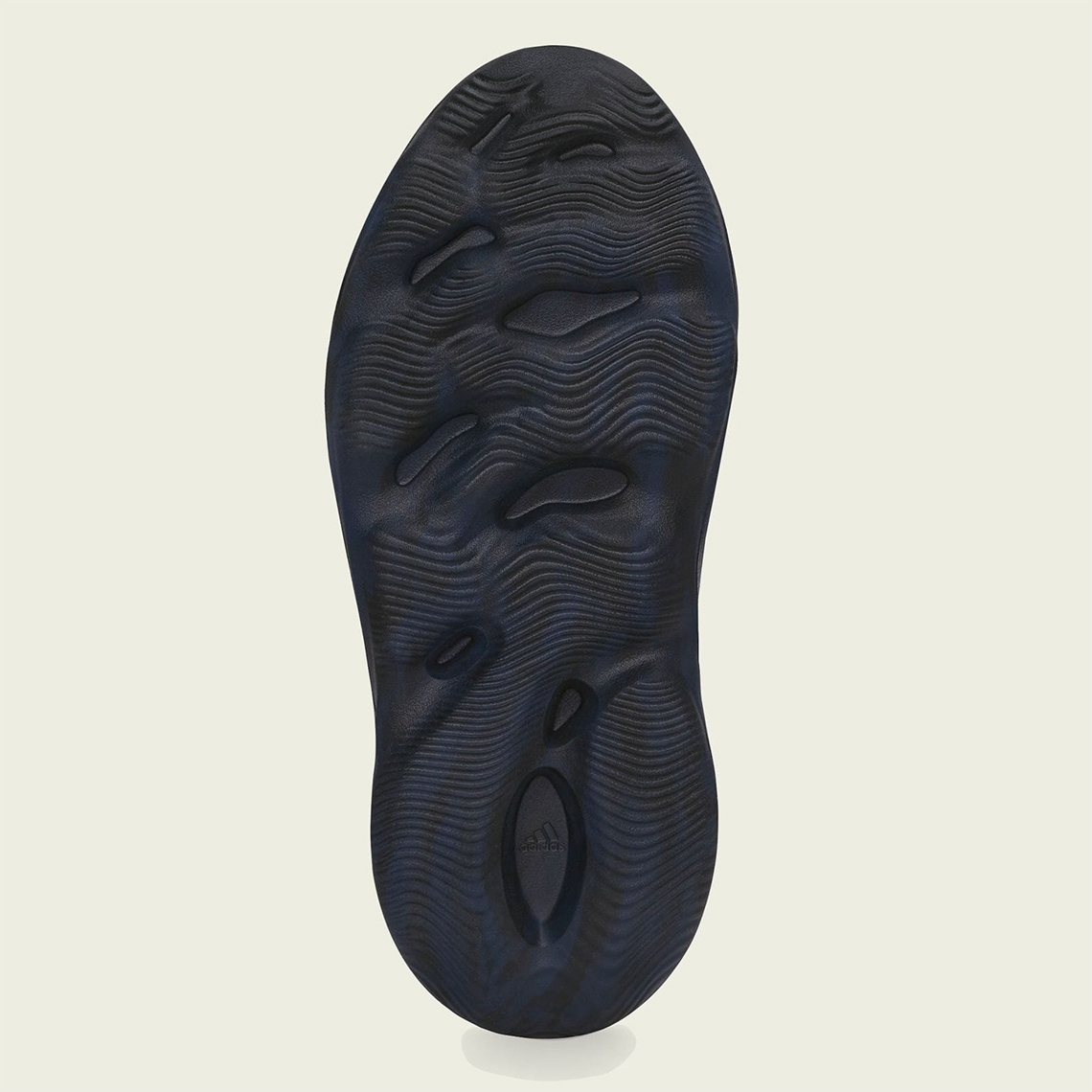