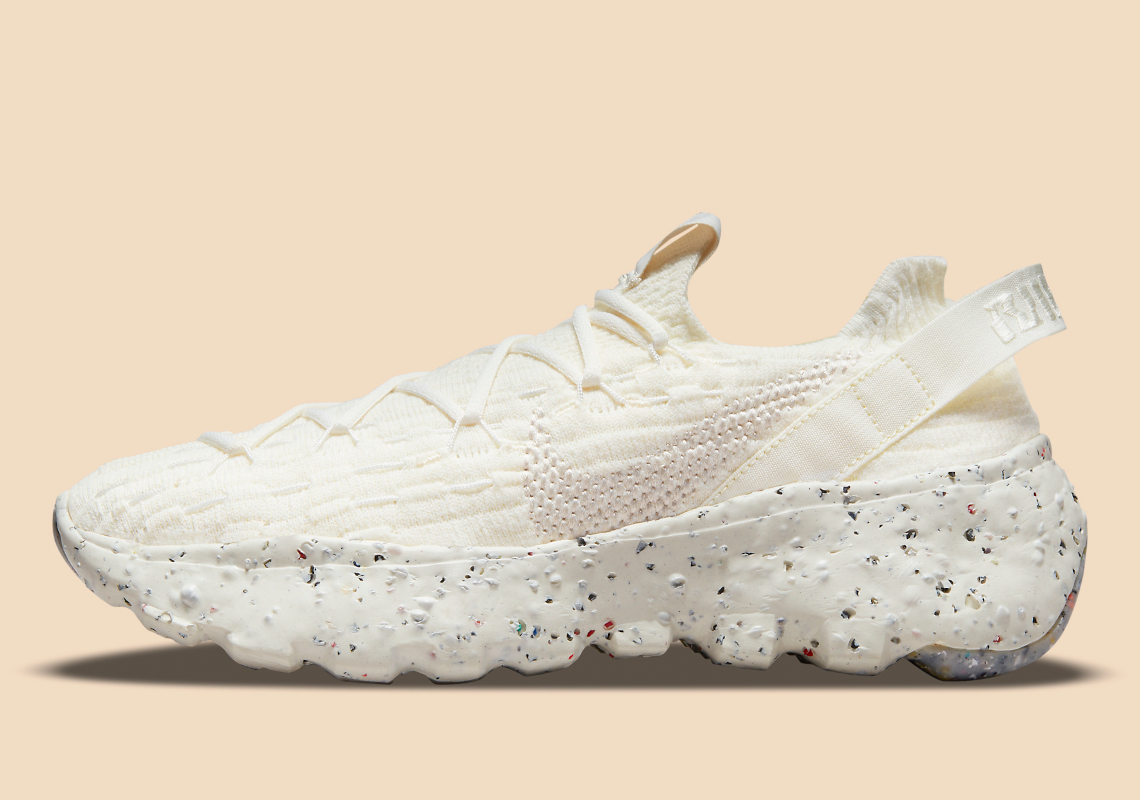 The Nike Space Hippie 04 Gets An Elegant All-Cream Look

The Nike Space Hippie 04 has brought the brand’s “Trash Transformed” ethos to a wide audience, as it’s been relatively available and accessible. Although the model has favored grey and blue tones, its next outfit indulges in an all-cream arrangement sure to garner attention ahead of summer.

Space Yarn uppers and Crater Foam sole units both boast varying shades of off-white, with the latter being accented with the multi-color speckling that debuted via the larger Nike Space Hippie line on June 11th, 2020. Lateral swooshes blend into their surroundings, but they proffer a textured makeup discernible against the cream backdrop. Branding throughout the pair follows suit, while outsoles maintain a partly-dark grey aesthetic courtesy of the Nike Regrind reinforcement at high-wear zones.

No Nike.com release date has been confirmed, but this women’s Space Hippie 04 is likely to arrive before autumn begins.

In other NIKE, Inc.-related news, the Air Jordan 1 Low has recently emerged in handfuls of summer-ready options. 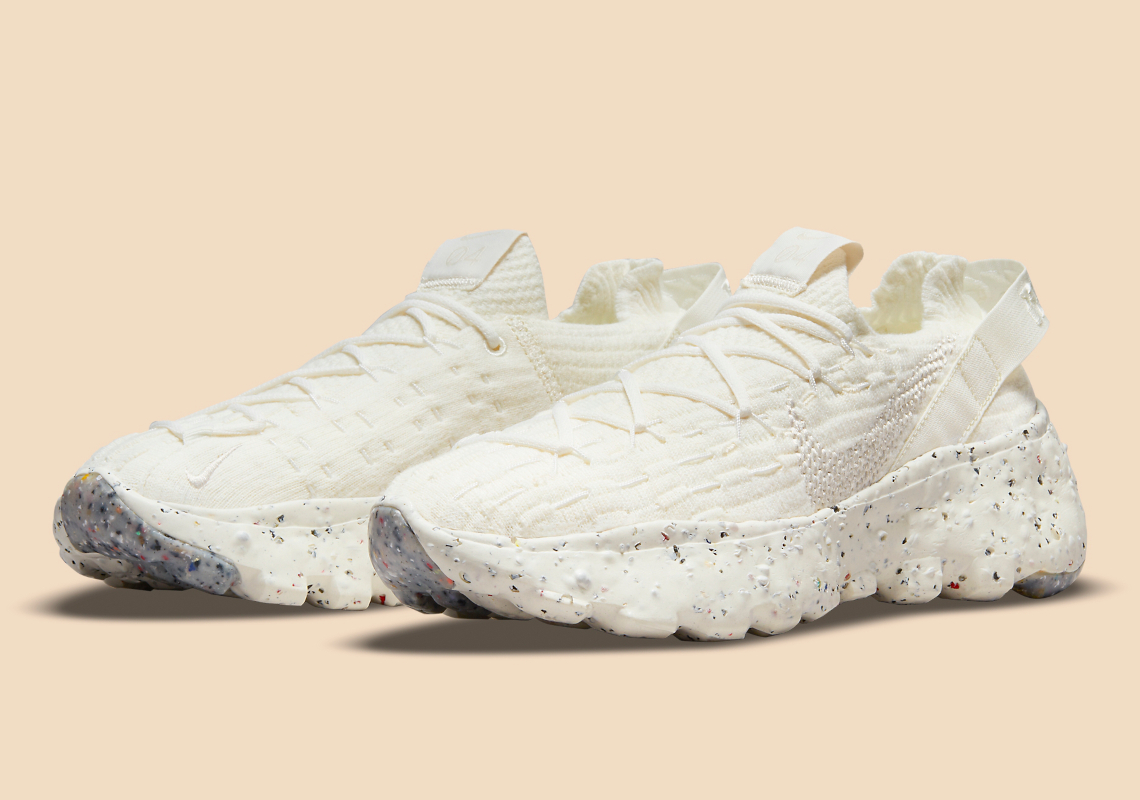 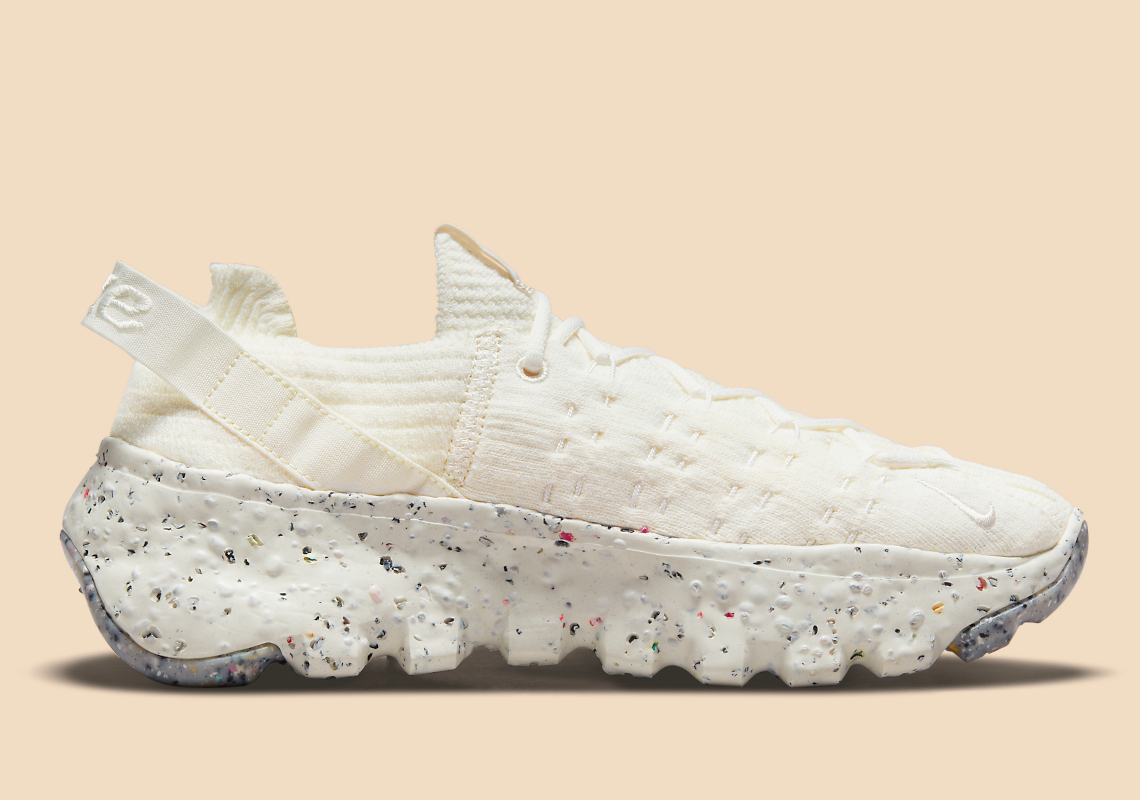 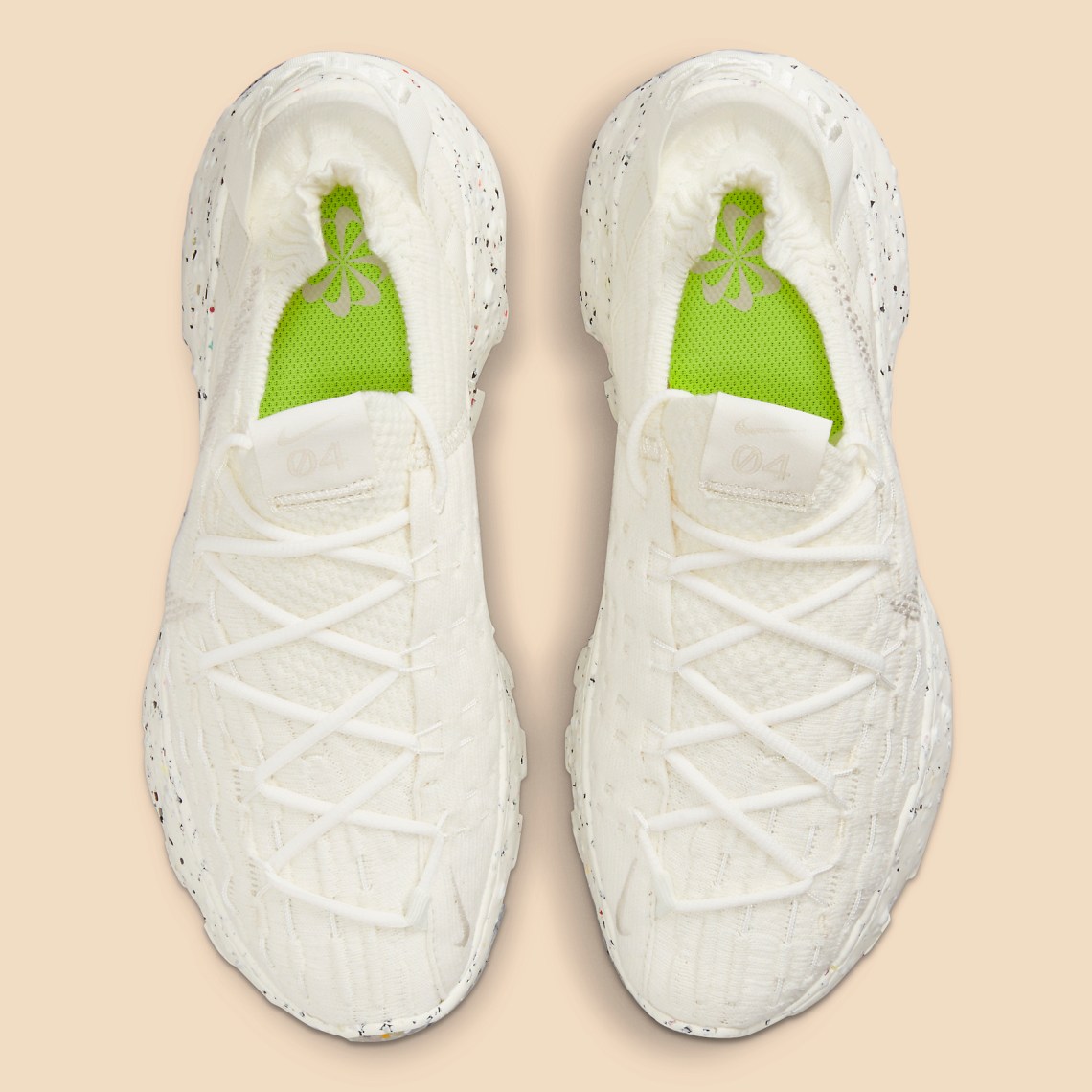 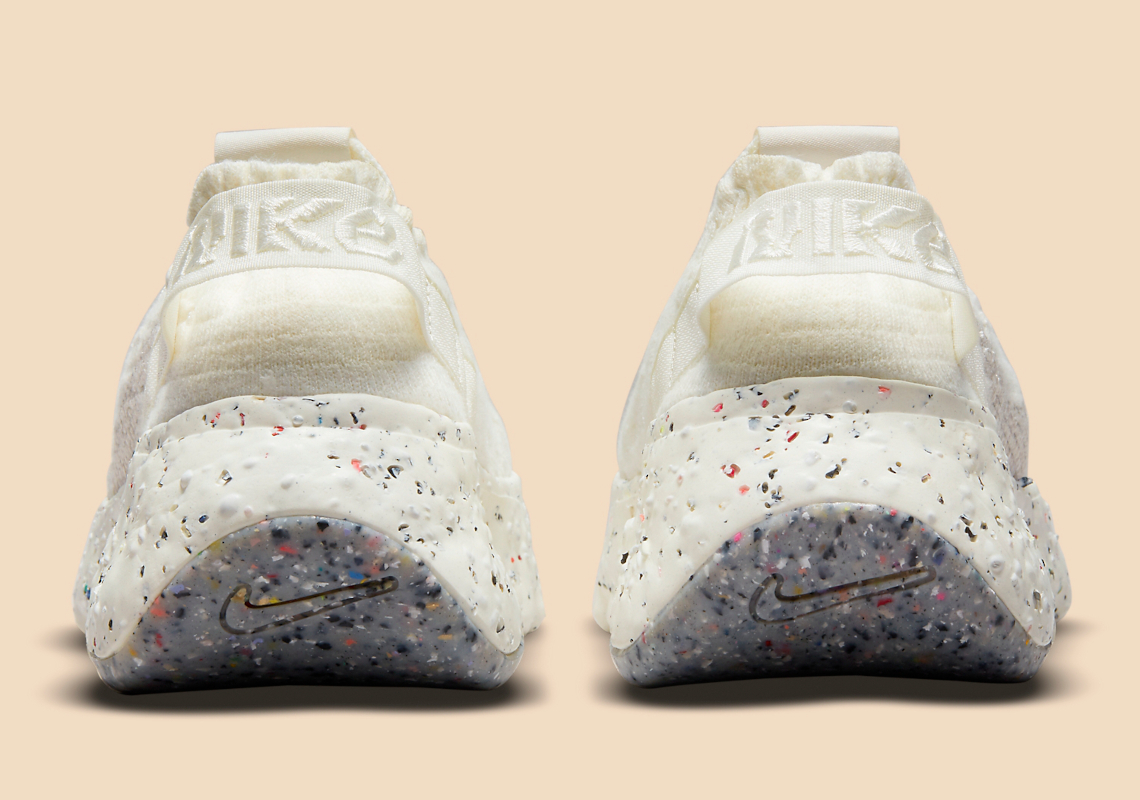 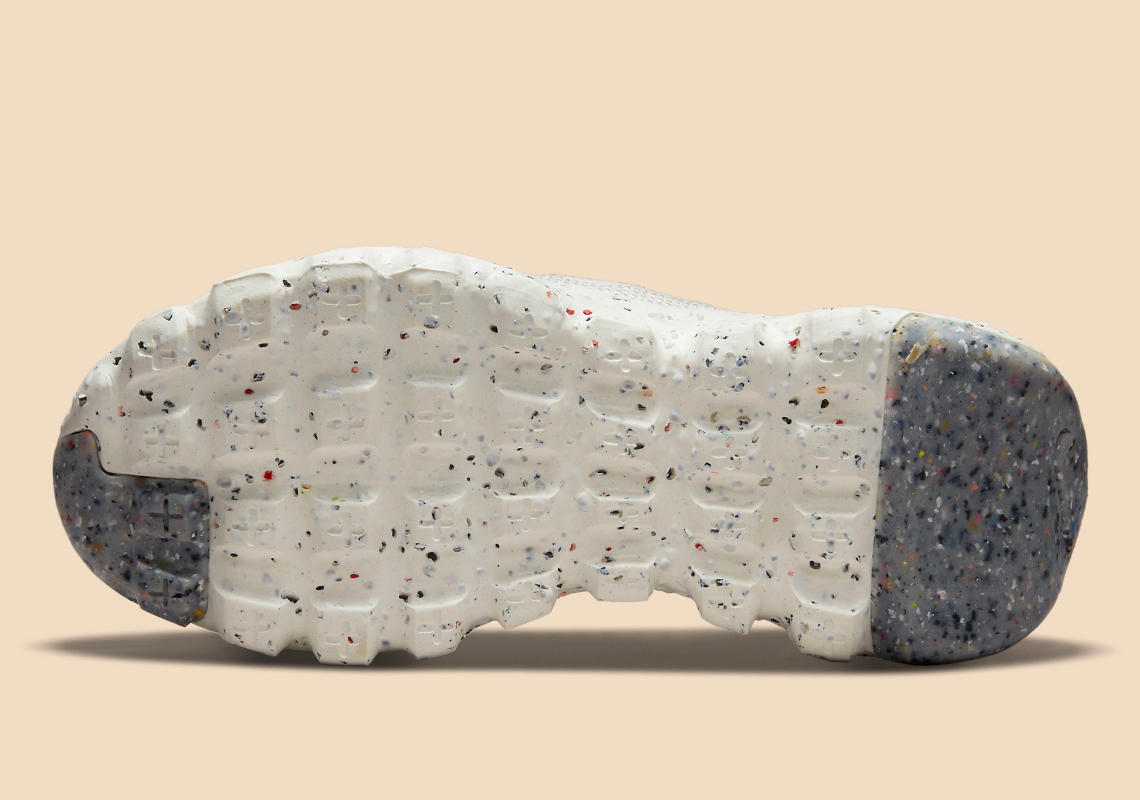 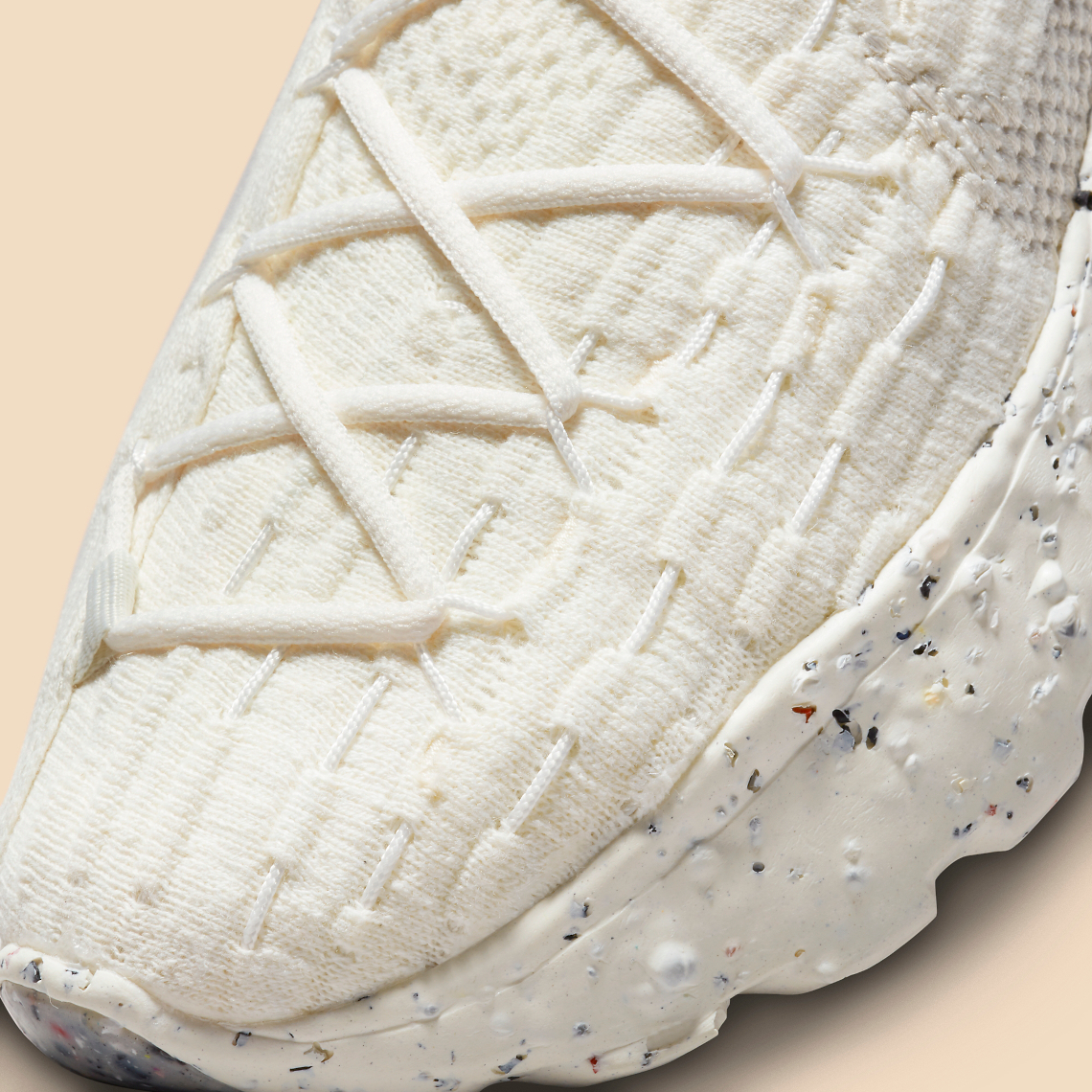 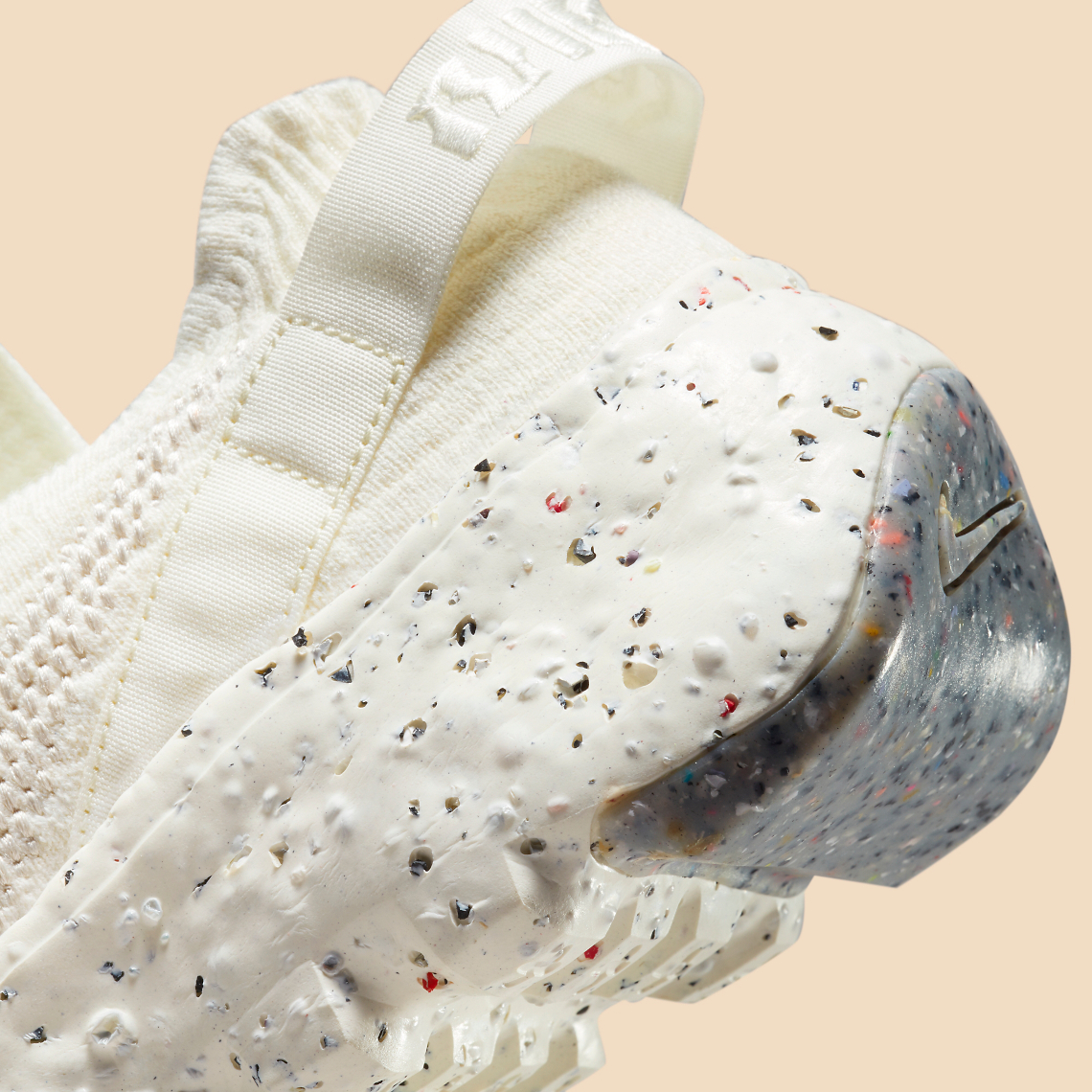