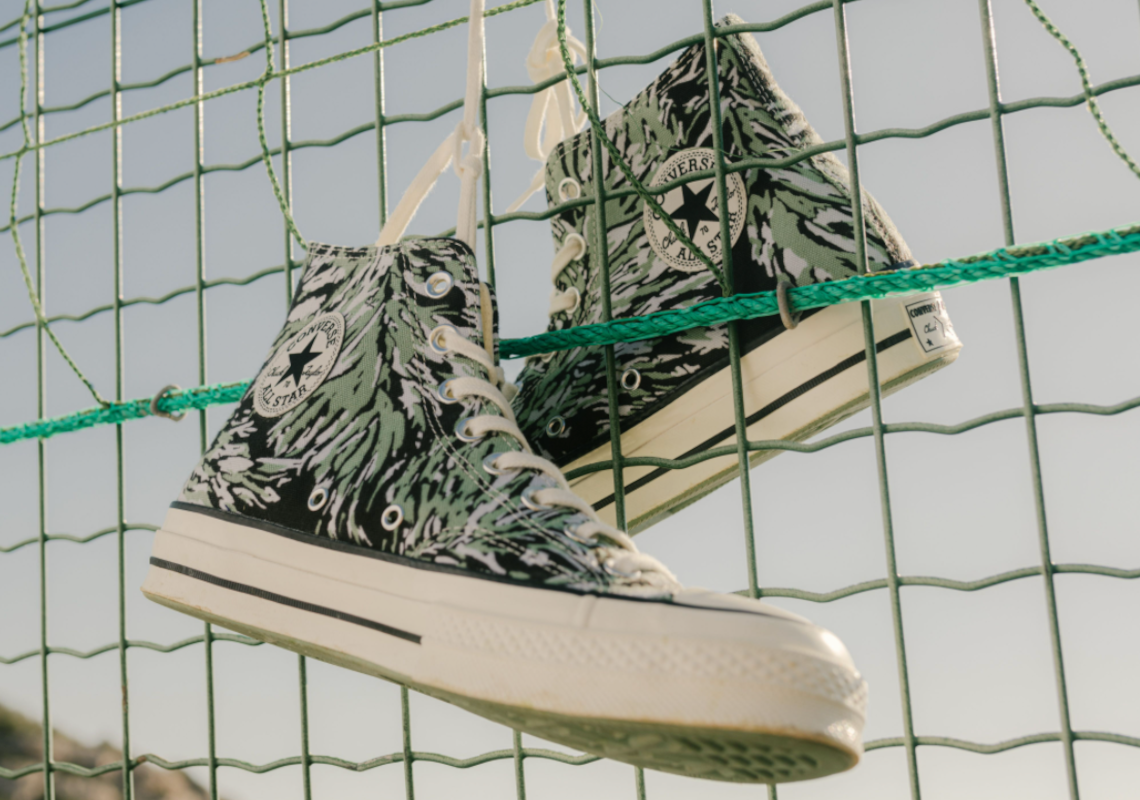 Carhartt WIP and Converse aren’t strangers to each other, having previously outfitted footwear in camouflage and monochromatic canvas ensembles. For their latest joint-effort, both brands have upped the statement-making ante as they’ve brought a “Hinterland” pattern to two trims of the Chuck 70.

The latest nature-inspired pattern to land on the iconic design indulges in a white, black and green color palette. The shortest of the two silhouettes boasts a much more tame arrangement than its counterpart, which features a bevy of green pinstripes. Both options constructed with canvas uppers, sole units maintain their tradition “Egret” makeup, while outsoles opt into the same rich green that appears across the shoes’ top-halves.

Enjoy campaign imagery of the Carhartt WIP x Converse “Hinterland” capsule here below, and find pairs arriving to Converse.com on May 27th.

Elsewhere under the NIKE, Inc. umbrella, the Off-White x Nike Air Force 1 “University Gold” is rumored to land in July.