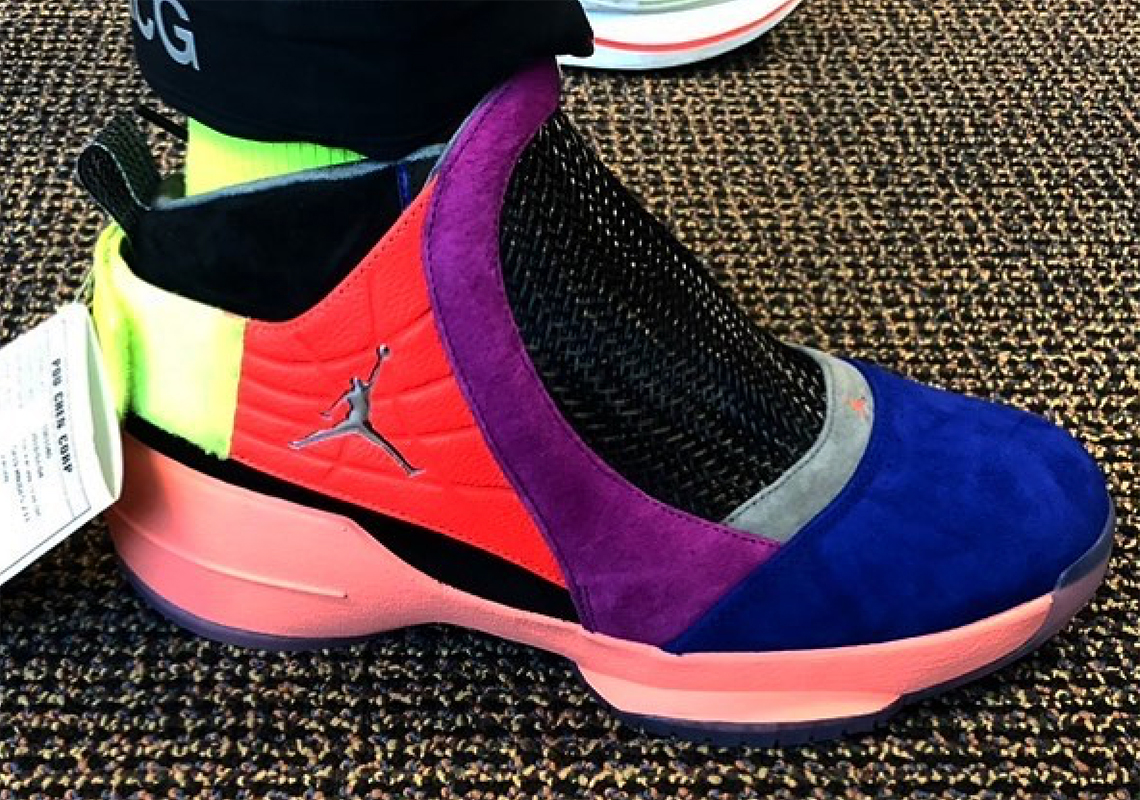 Nearly the entire focus of Jordan Brand’s retro business is placed on the Air Jordan models from MJ’s actual playing days. Silhouettes beyond the Air Jordan 14 rarely get any attention due to a variety of reasons, and even within that range of models, only a few have truly cracked into the mainstream, forming a true hierarchy even within the “golden years” of Air Jordan. We can argue that in the bottom third of Air Jordans is the 19, a model that released after MJ’s final retirement in 2003. The design was a team effort, but led by Tate Kuerbis, who is currently at the helm of Air Jordan footwear design. The shoes were primarily inspired by the Black Mamba snake and how it physically responds to adversity. Connections were also drawn to the sport of fencing, as the mesh was similar to the protective masks worn by fencers.

Needless to say, the Air Jordan 19 is a love-it-or-hate-it Air Jordan model, which is largely the reason why Jordan Brand has left the parking brake on this silhouette. Outside of the re-issue of the “Flint” colorway back in January 2019, the XIX model remains largely untouched as the brand keeps its workload on the 1-14 models as well as on modern options.

Former Jordan Brand NRG Footwear designer Frank Cooker just recently revealed a sample colorway of an Air Jordan 19 that obviously did not make it beyond the sample stages. Receiving a full multi-colored suede build a la the Viotech Dunks, this sample brings out a bold colorway as audacious as the design of the shoe. The timing of this sample does in fact fall in line with that short era when the spotlight was on the Air Jordan 16-19, while the loud colors certainly aligns with a lot of the NRG product that released during that era. Quite honestly, we’re glad these never released, but it’s interesting to see that at least internally, the 19 was at one point given consideration beyond that Flint colorway.