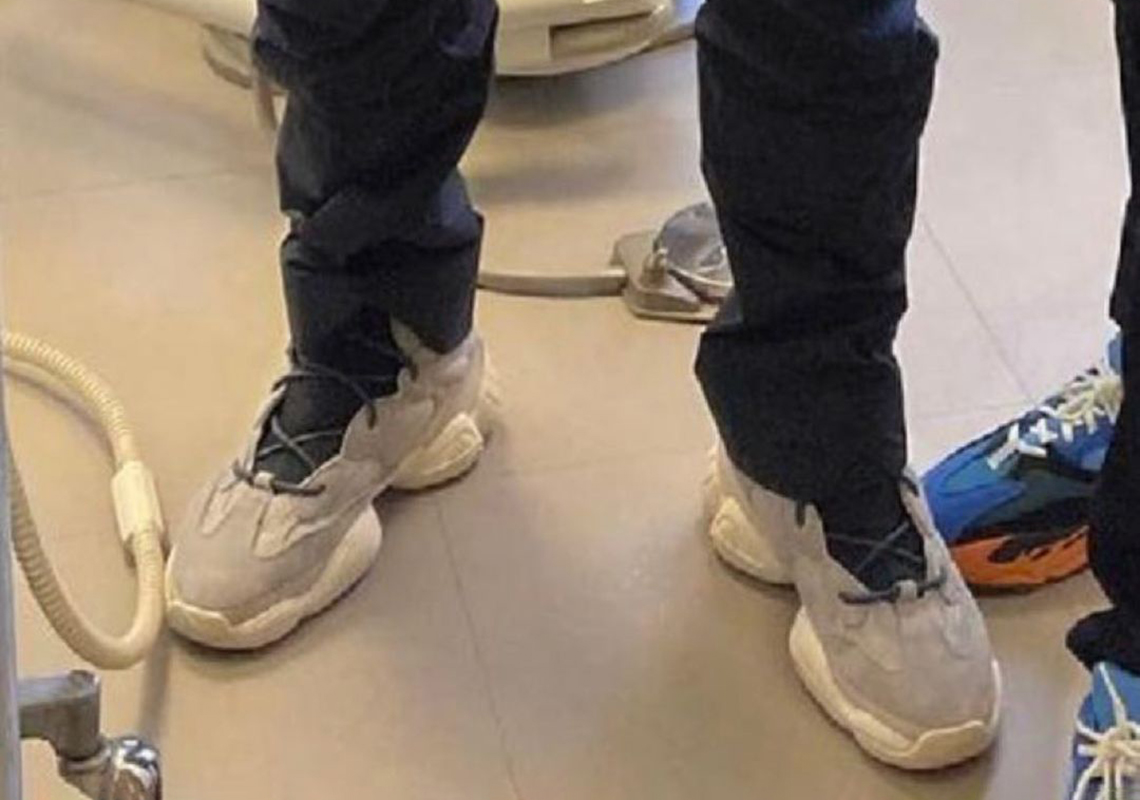 Considering how erratic Kanye can be, it’s likely he often inundates the adidas Yeezy team with idea after idea. And the latest to come from Ye’s mind is none other than a simple, rather muted take on the adidas Yeezy 500 High.

Revealed courtesy of a sneaky phone shot, the pair is as previous options were in construction. Suedes seem to make up most of the upper, paired with smooth, nylon fixtures adjacent. Then, alongside a matching set of laces, the tongue contrasts in a faded black, subverting the mostly one-toned look of the colorway’s predecessors.

Enjoy a quick peek at this forthcoming 500 High here and sit tight as we await further release details.

In other news, the Yeezy Boost 700 Enflame Amber is releasing this week.