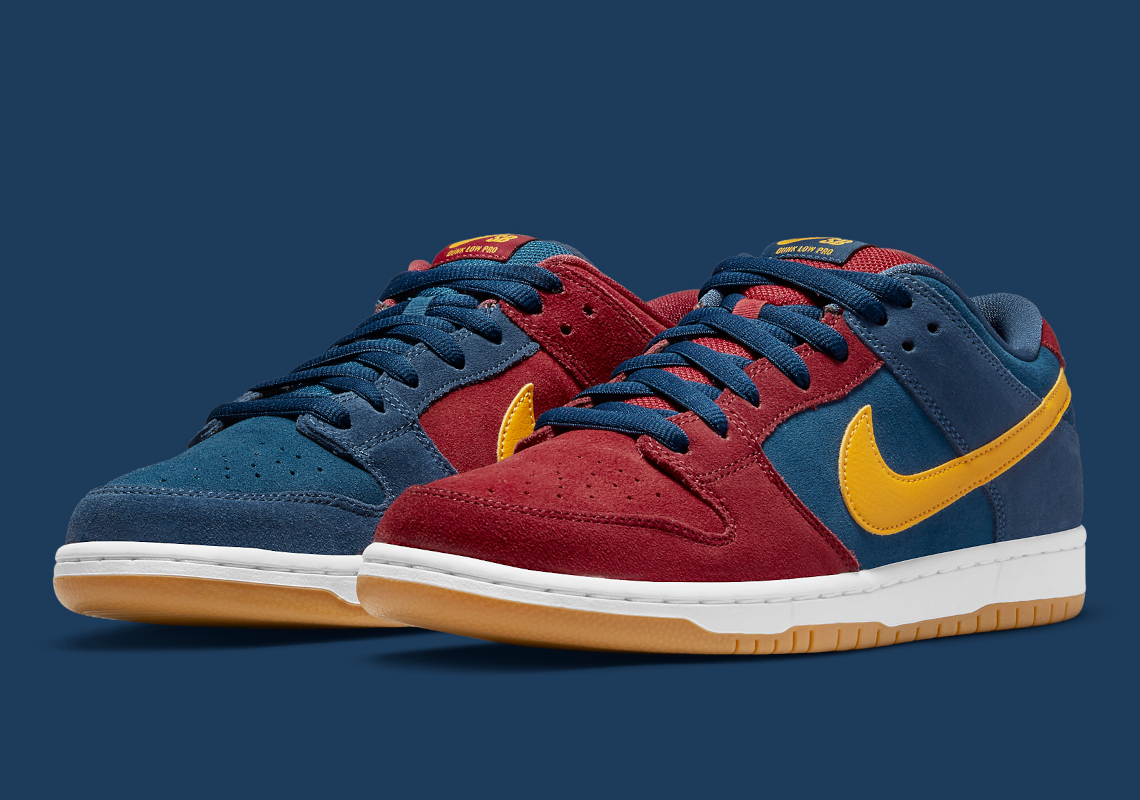 Despite only placing third in La Liga’s 2020-21 season, Futbol Club Barcelona has recently been associated with its own Nike SB Dunk Low, which has surfaced via official images ahead of its exclusive launch overseas.

Touted as the “Catalonia” colorway, which refers to an autonomous community in northeastern Spain to which Barcelona serves as regional capital, the upcoming sneakers indulge in a maroon, navy and gold colorway. Instead of flashing the club’s insignias like on previous Nike-backed footwear or the very kits the North American brand sponsor, the skate-ready Nike Dunk applies the aforementioned color palette to its premium suede upper in an asymmetrical fashion: left shoes feature the wine-reminiscent tone across the forefoot, while the mid-foot and heel panels opt for a dark blue makeup; right shoes carry out the opposite arrangement. Profile swooshes, branding throughout the pair and sole units, however, proffer a uniform look and round out the eye-catching style.

Enjoy product shots of the mismatched SB Dunk Low ahead, and anticipate a Nike SNKRS release across the United Kingdom and Europe – not the US – soon.

Elsewhere under the Swoosh umbrella, the LeBron 8 “Space Jam” has surfaced via official images. 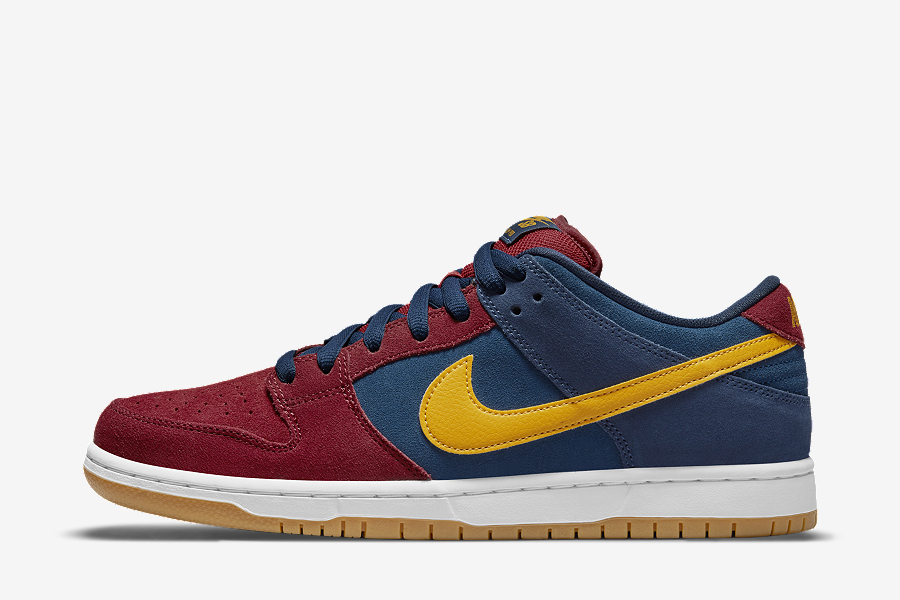 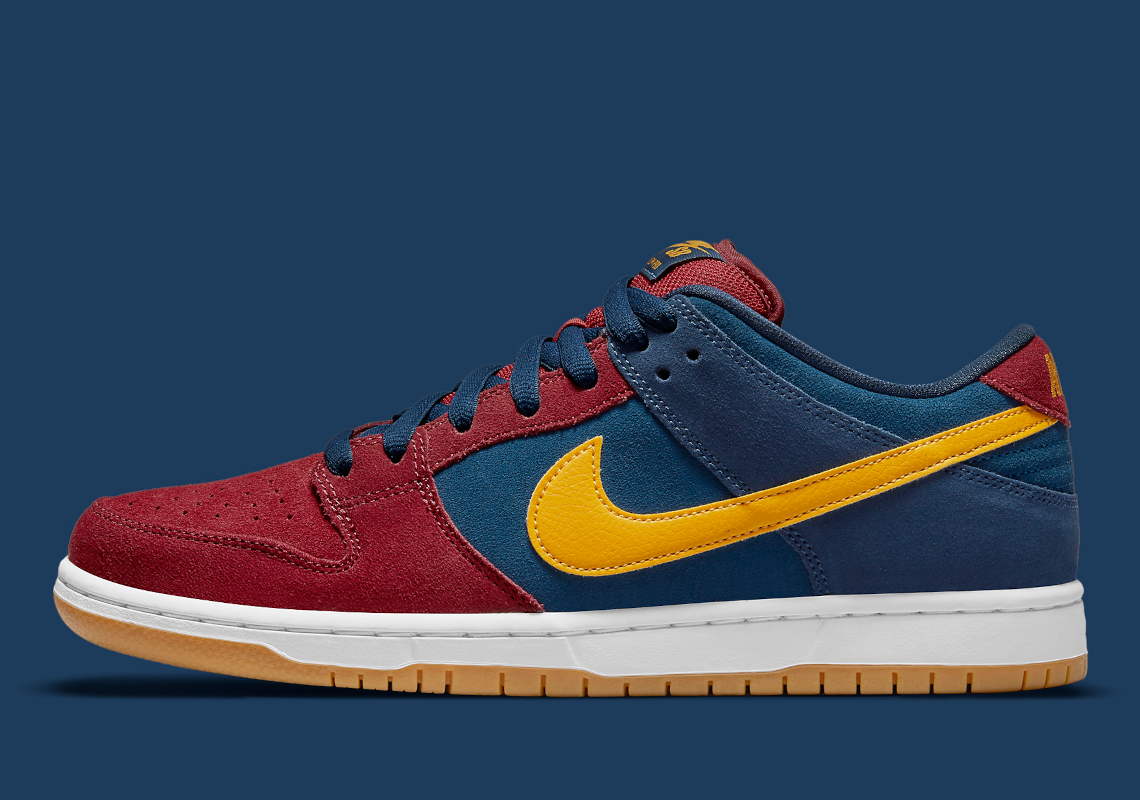 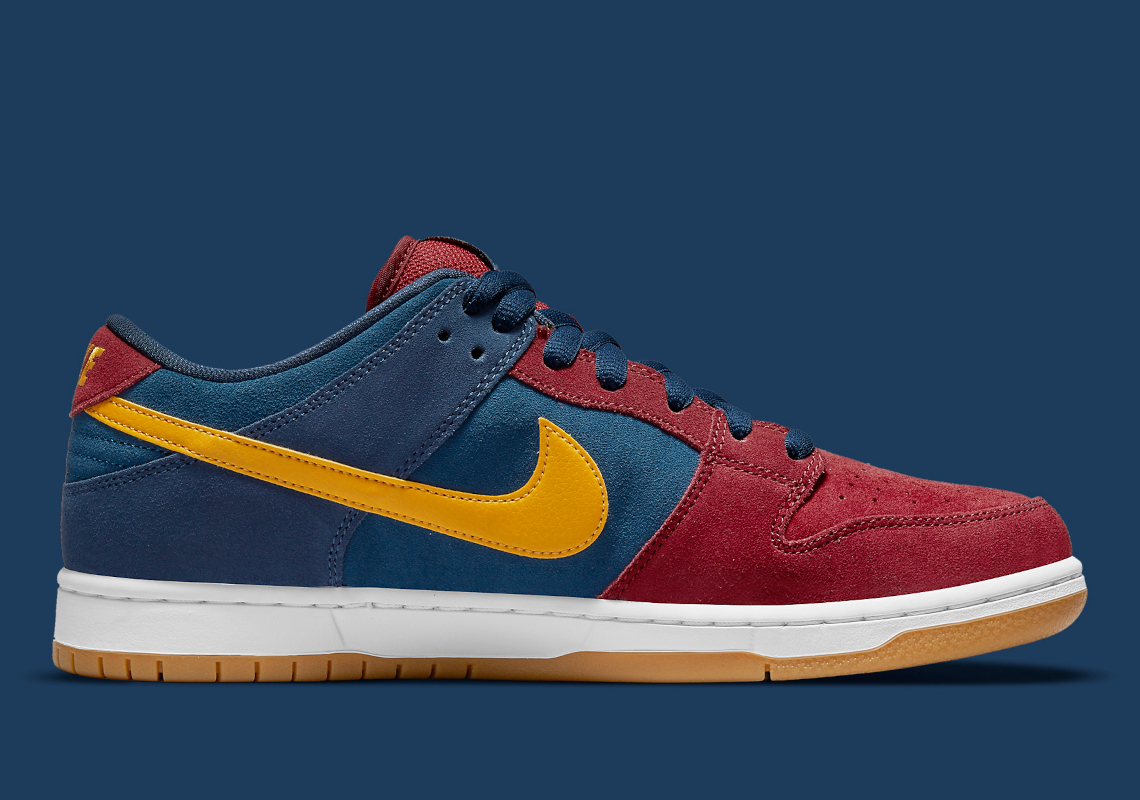 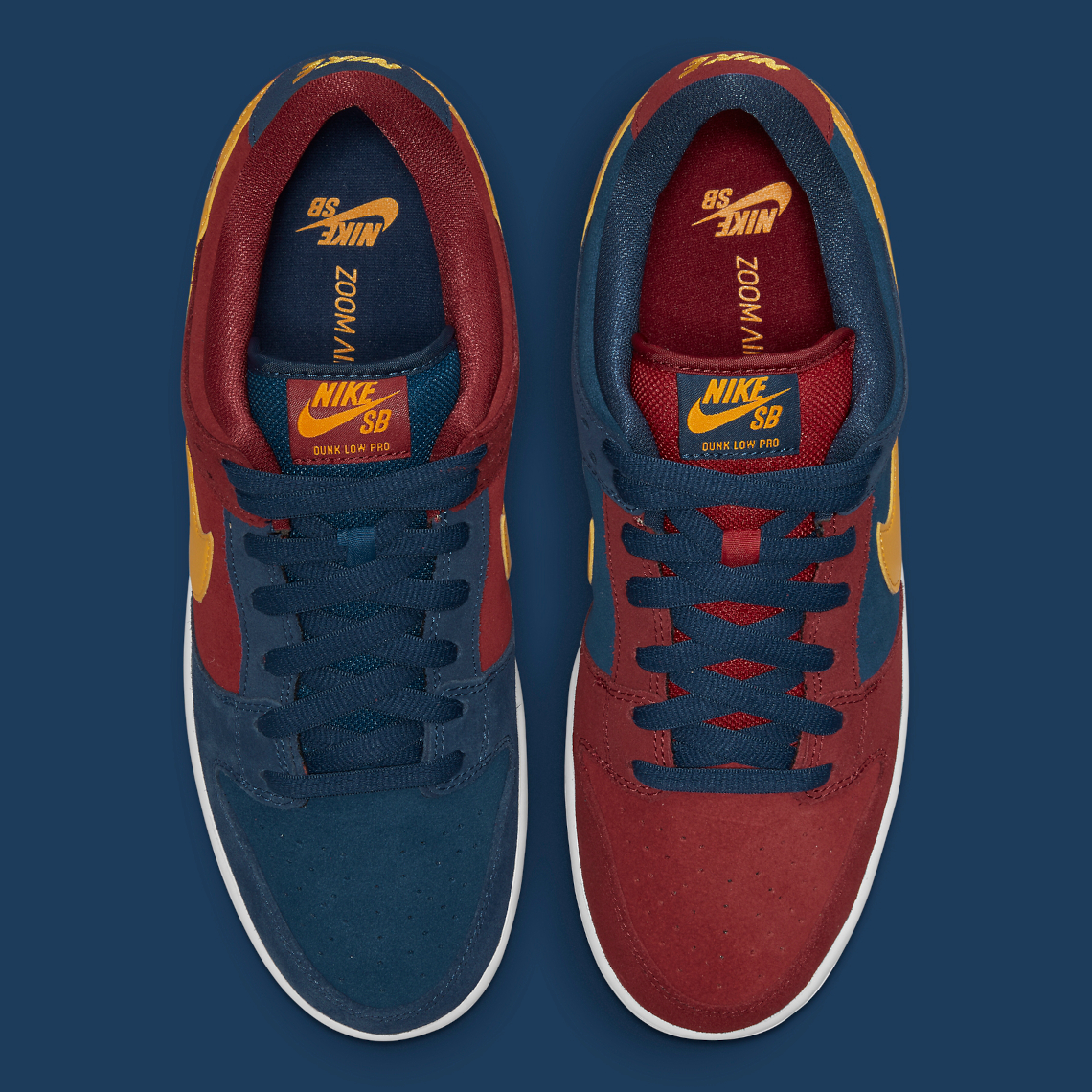 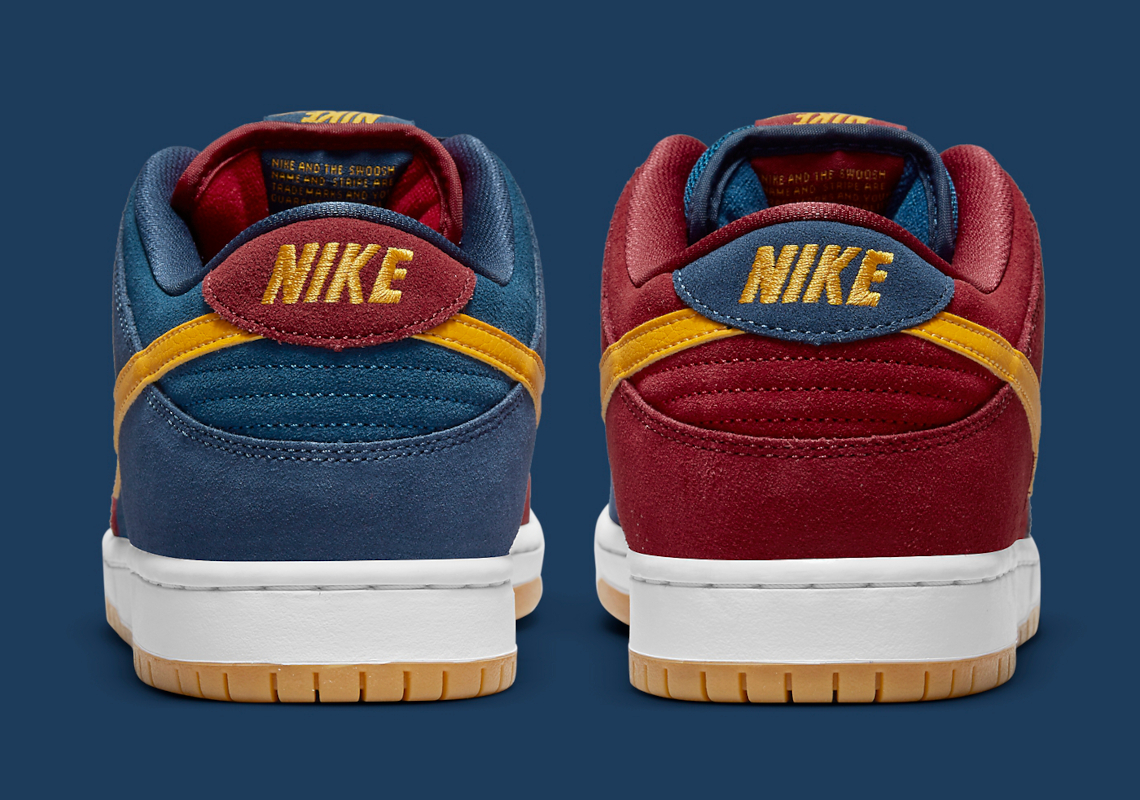 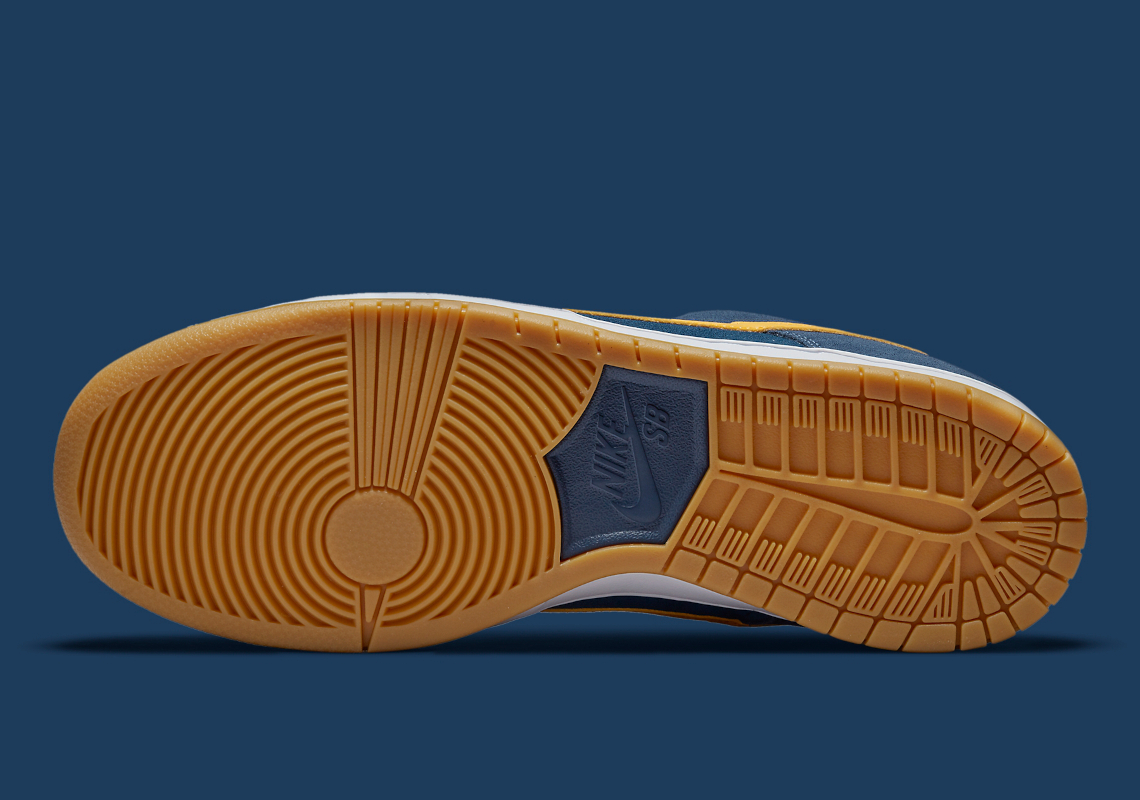 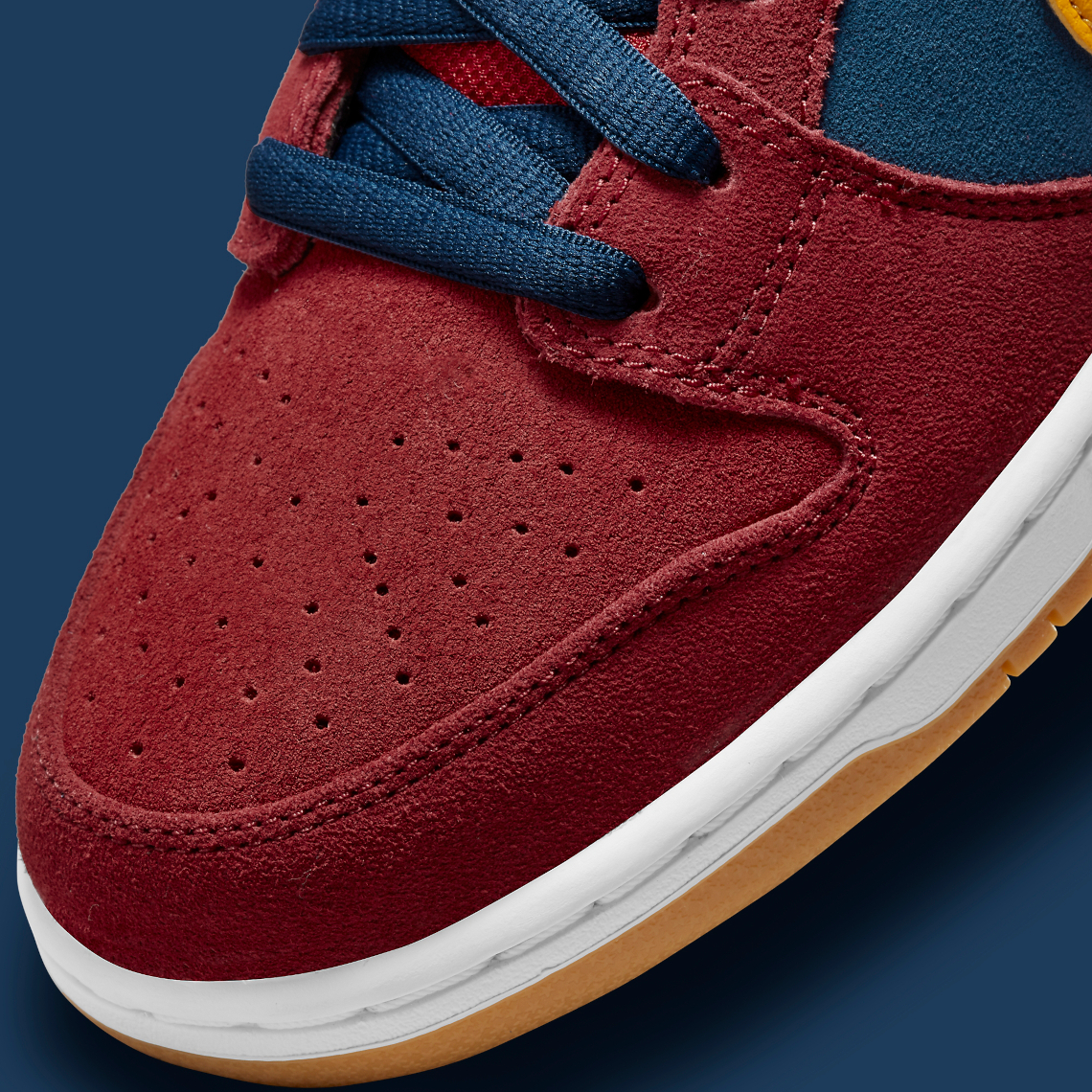 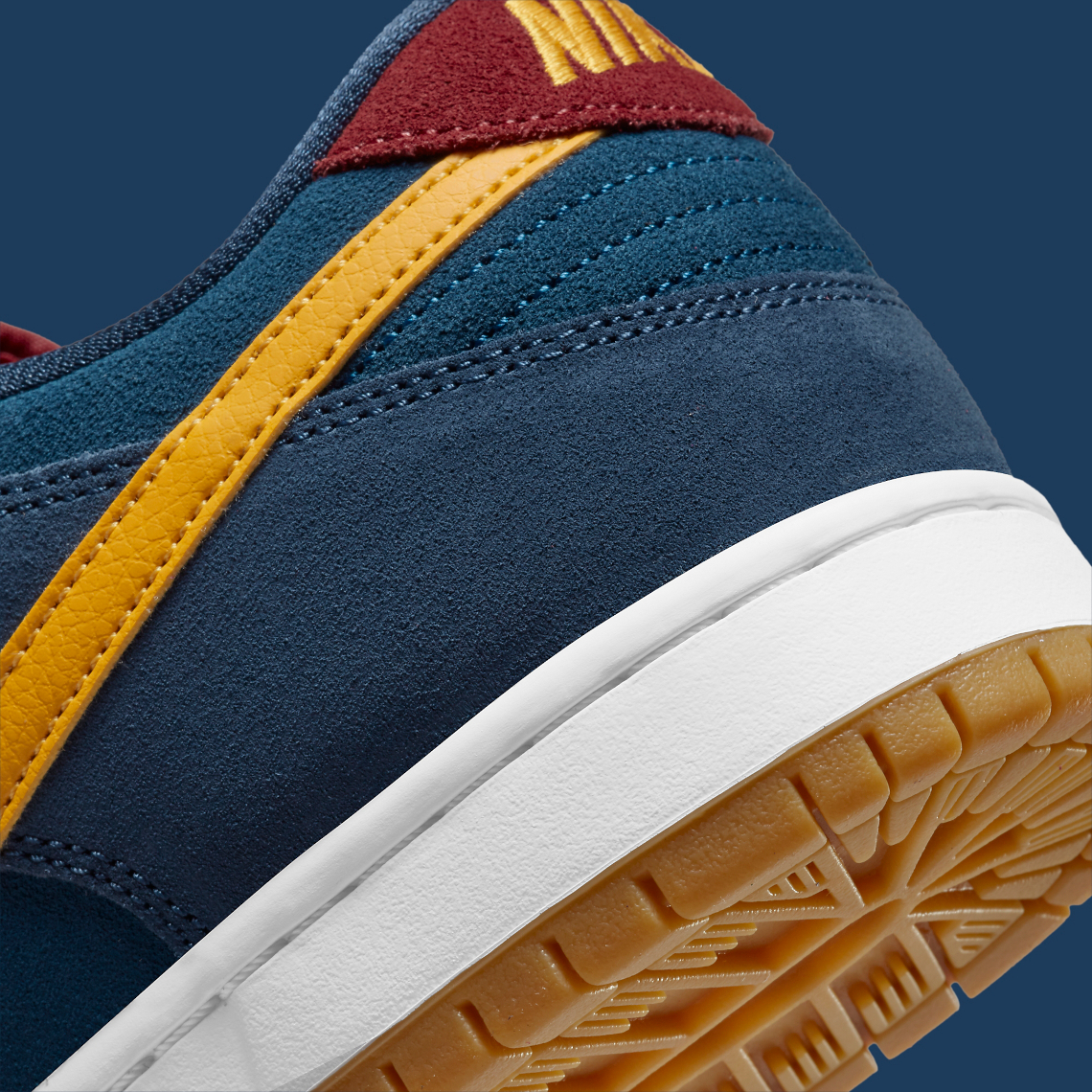