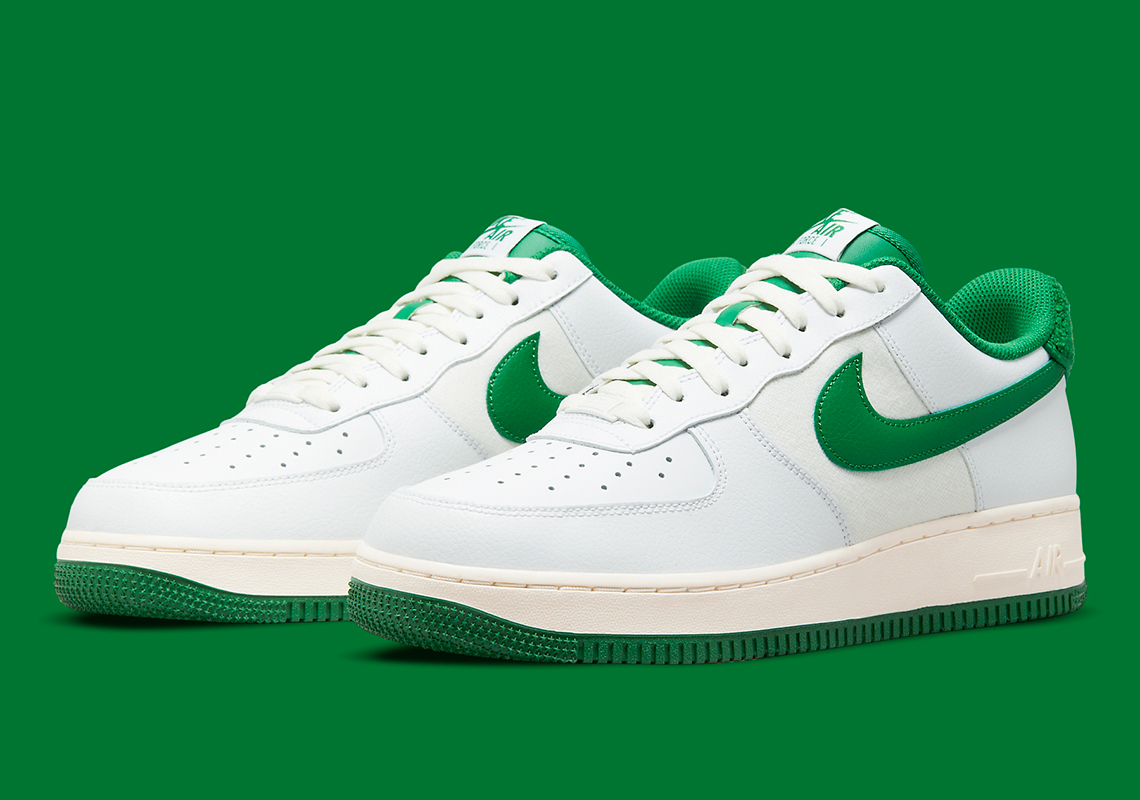 Three months away from the start of its 40th anniversary, the Nike Air Force 1 Low has previewed some of its celebratory roster. Up next?: A white and green colorway complete with vintage, ostensibly varsity jacket-inspired detailing.

Felt, suede and synthetic leather make up the entirety of the pair’s upper, with the most latter material making its most prominent statement via the profile swooshes. Sidewall logos, inner-lining, tongues and upper heel panels boast a vibrant green tone that deviate from the remainder of the Nike Air Force 1‘s predominantly “colorless” top-half. Underfoot, Bruce Kilgore’s iconic basketball-informed sole unit indulges in a slightly-“aged” arrangement complemented by the titular green color.

No Nike.com release details have been disclosed, but this two-tone Air Force 1 is likely to drop in the coming months. In any case, enjoy official images of the pair ahead.

Elsewhere under the Swoosh empire, the Air Max 90 has recently appeared in a handful of playful styles. 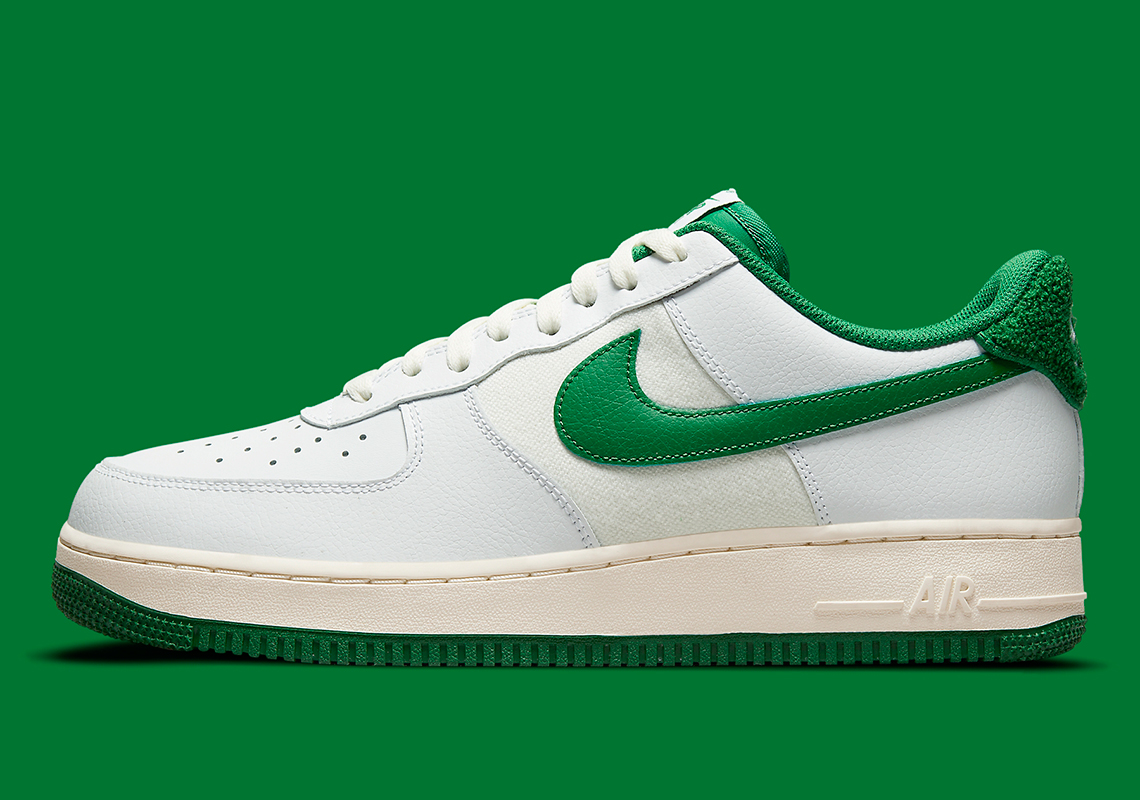 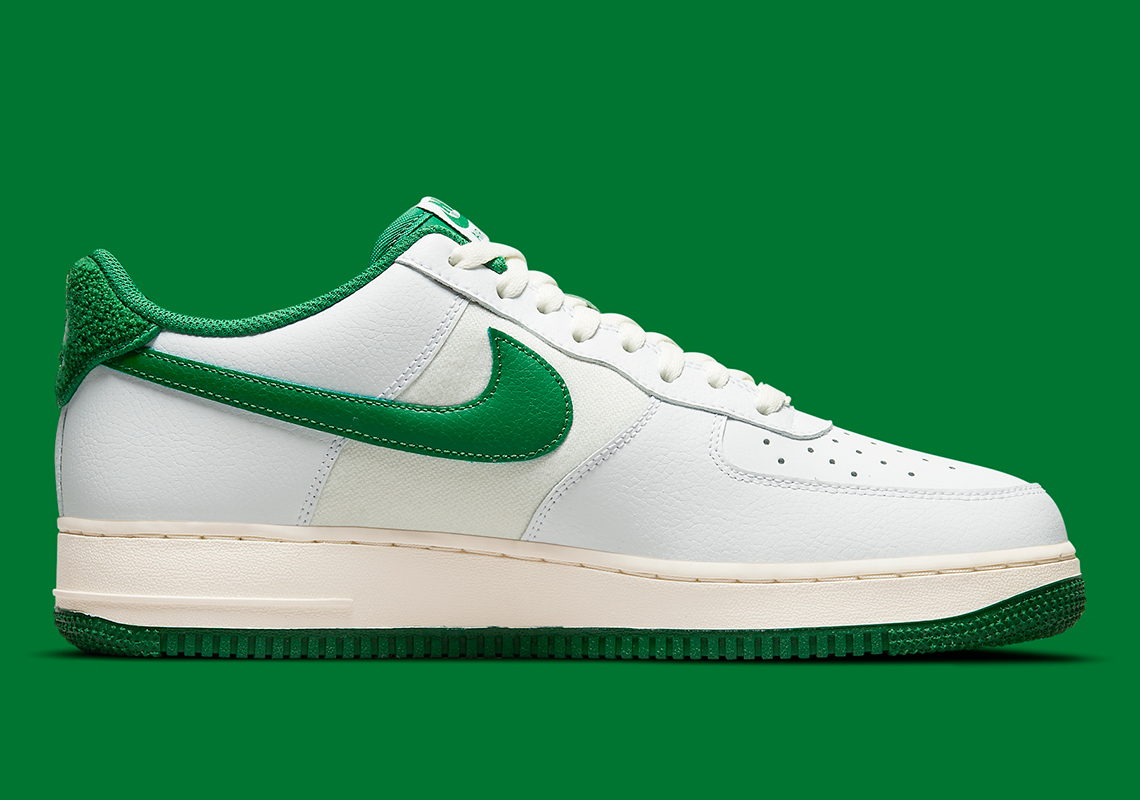 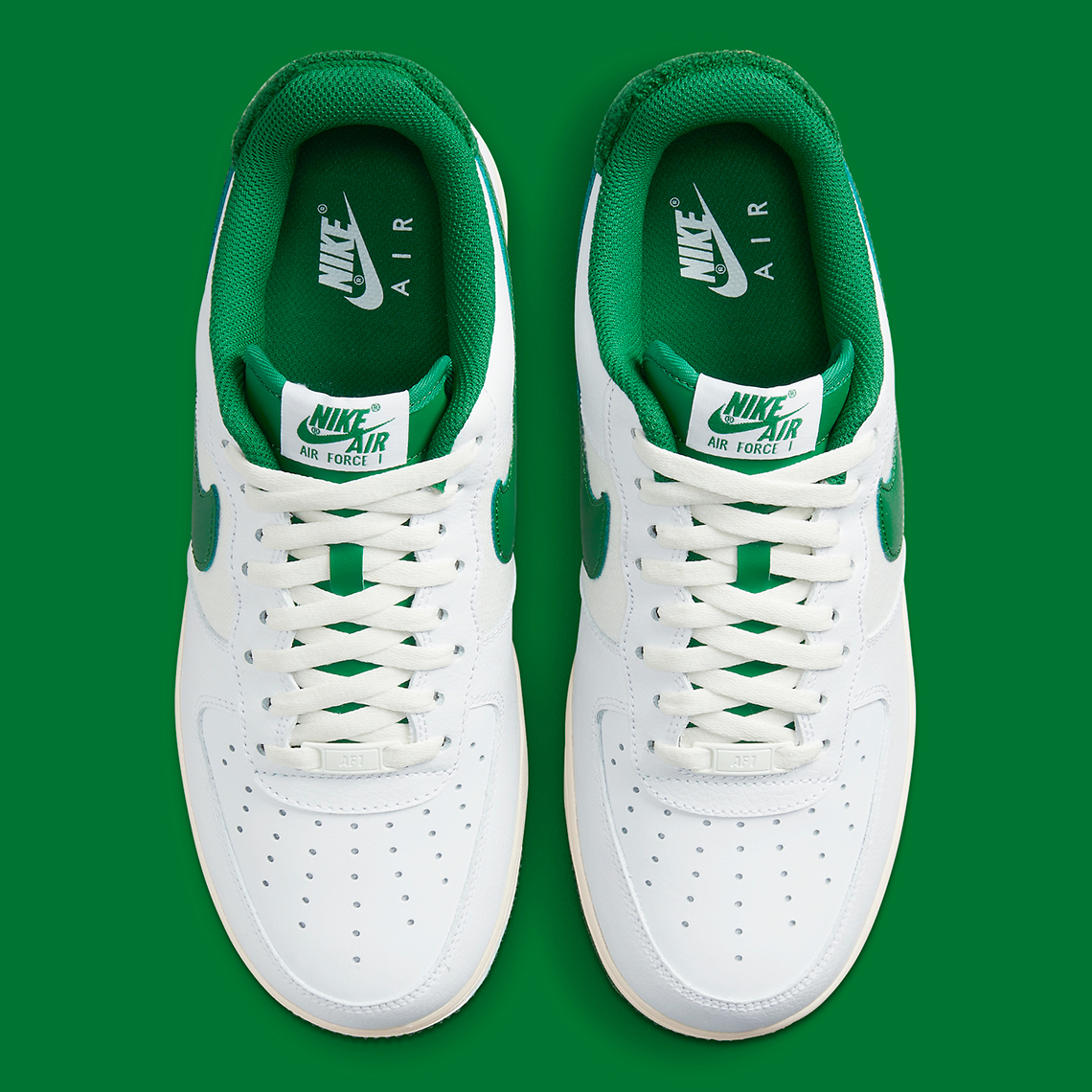 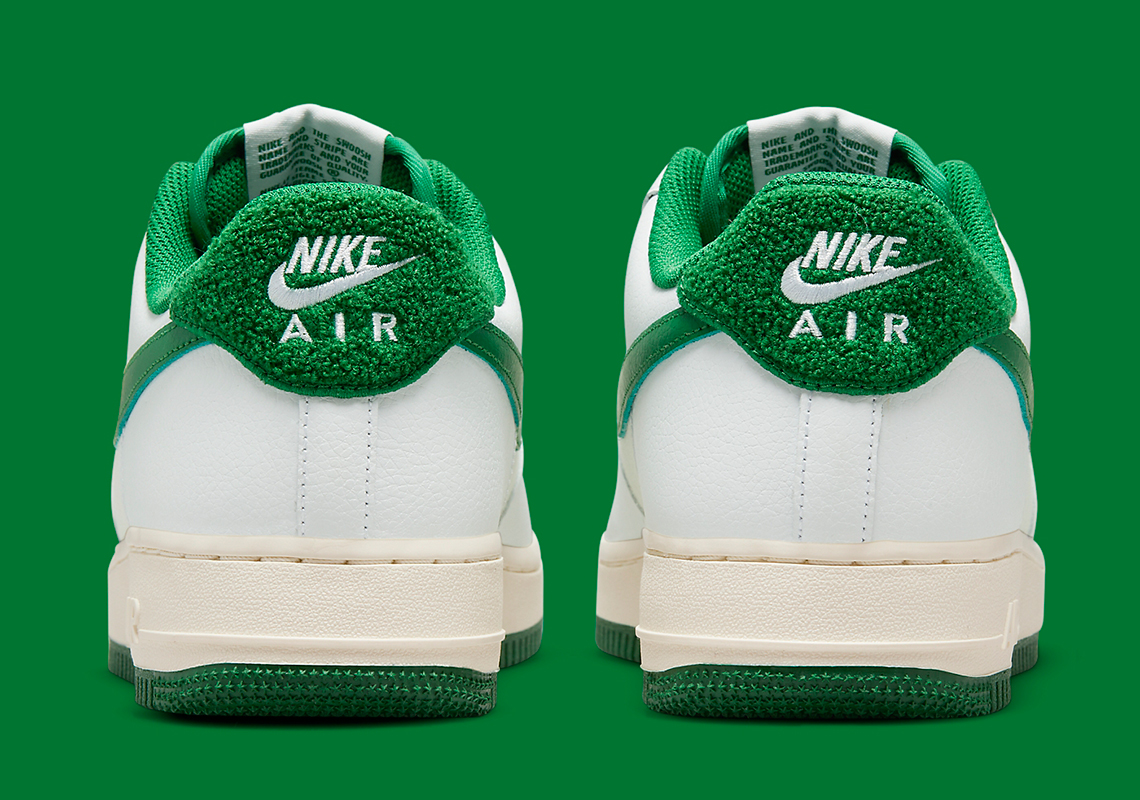 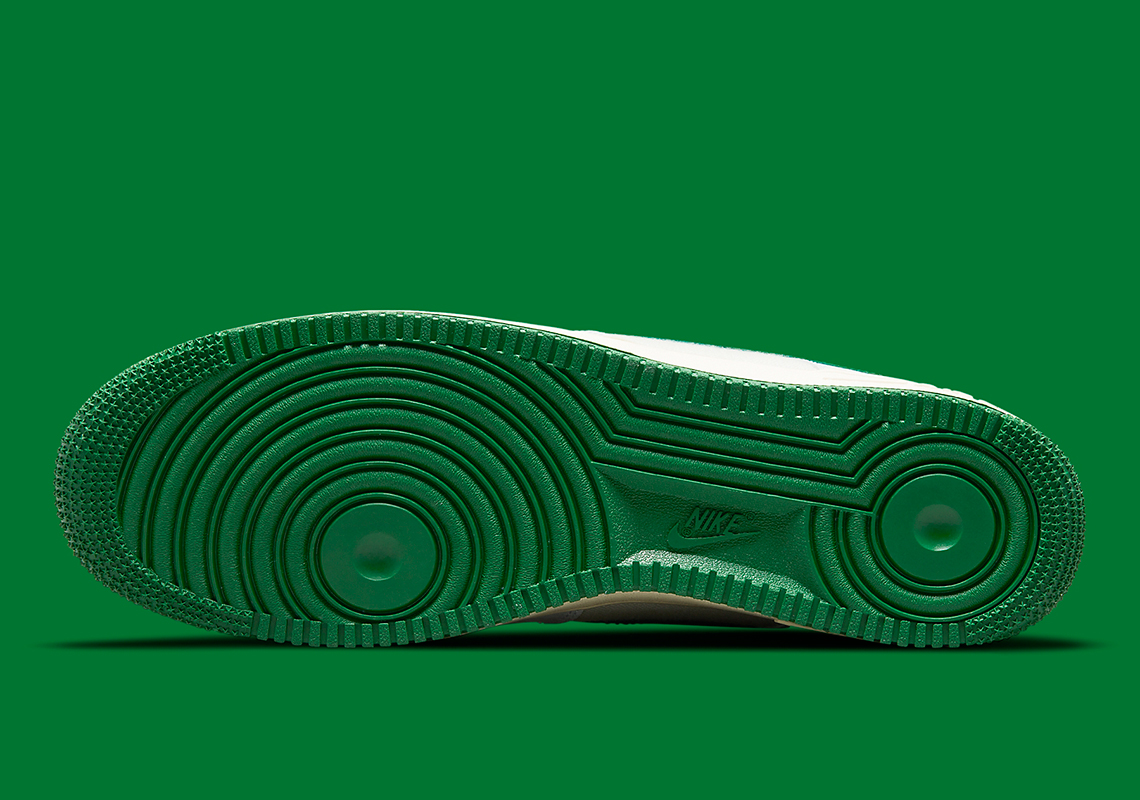 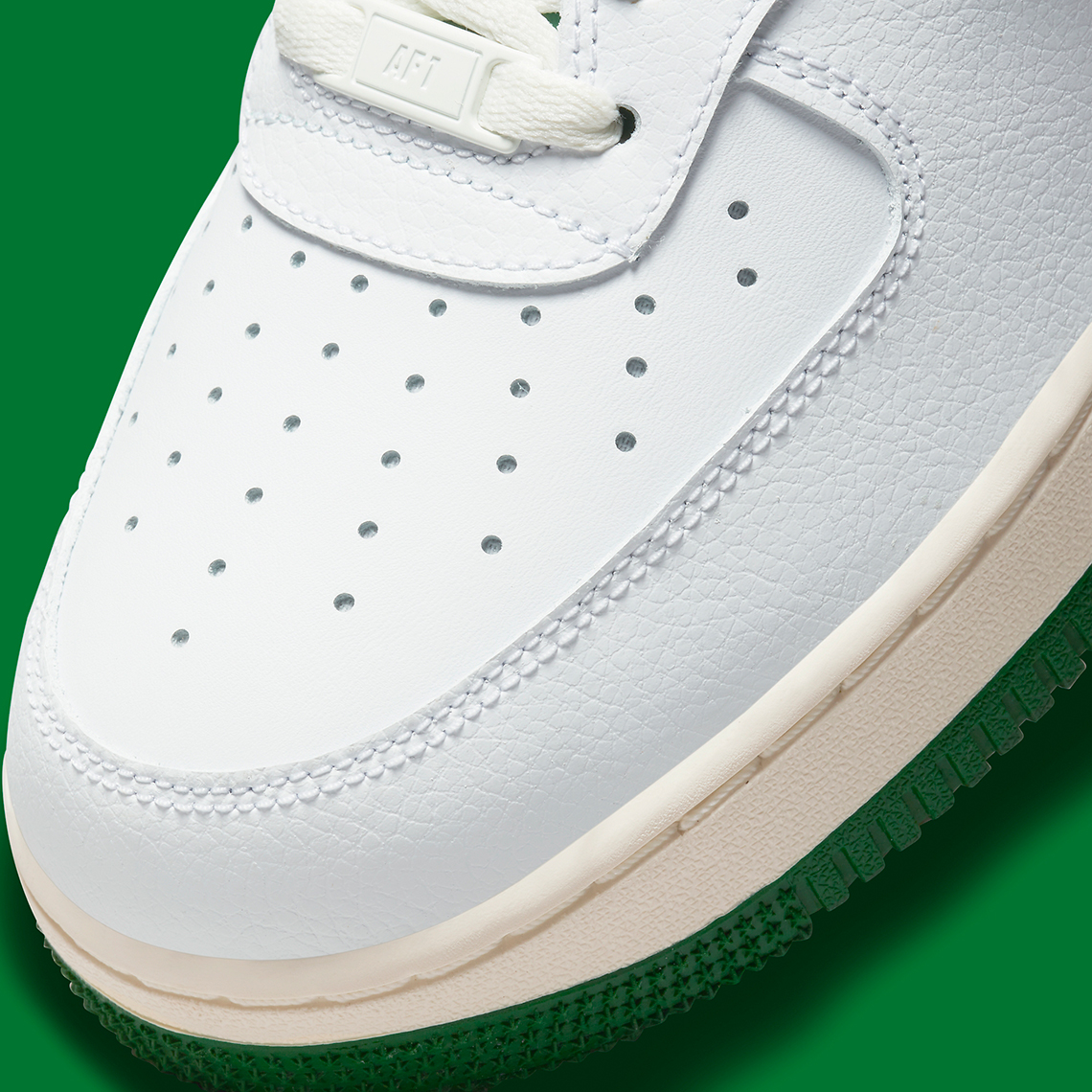