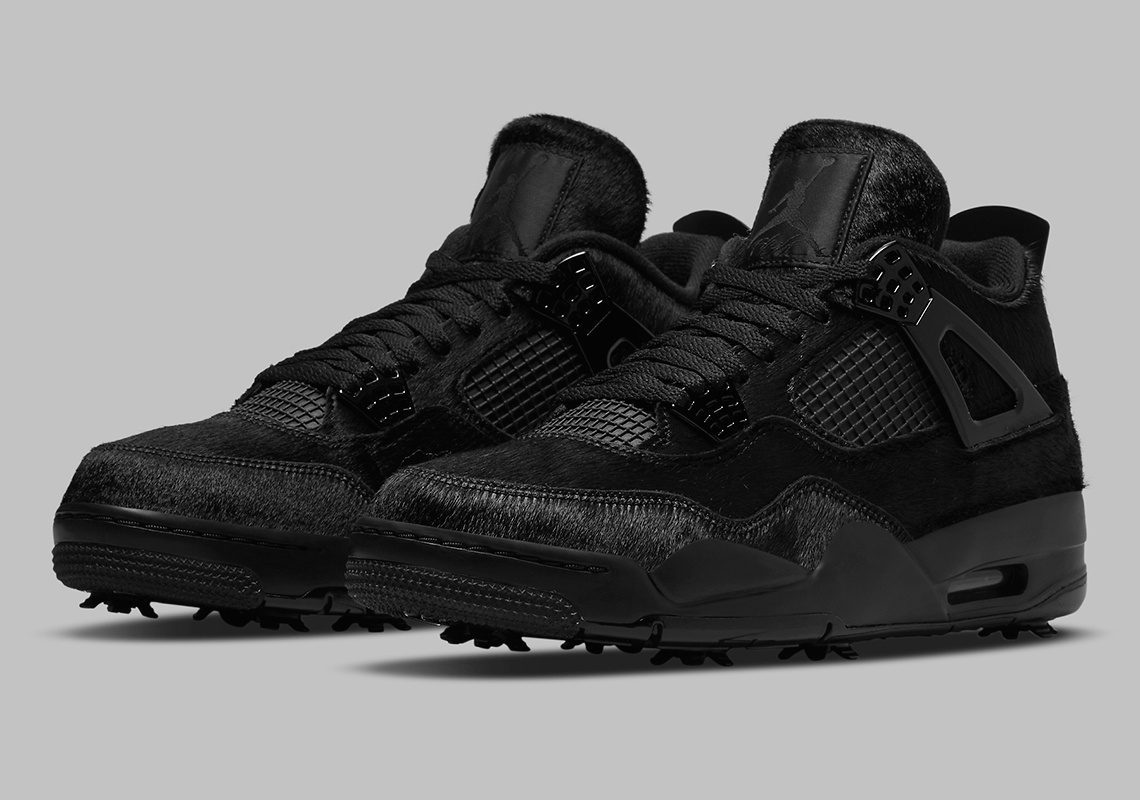 Despite not being in a milestone anniversary year, the Air Jordan 4 has reveled in the spotlight at multiple points throughout 2021. And while sneaker enthusiasts everywhere have been treated to collaborations by UNION Los Angeles, as well as the return of the model’s “Lightning” colorway, they’ve also been tantalized with a handful of modified-for-golf releases.

Late in 2020, Tinker Hatfield’s second-ever design for Michael Jordan’s signature sneaker series was rumored to launch in both “Military Blue” and “Black/Red” (“Bred”) styles during 2021. And while the model has resurfaced in these two celebrated arrangements, it’s done so with golf spikes on the outsole. A newly-surfaced, all-“Black” pair adds another tally to the Air Jordan Golf family, while surely nodding to the sneaker’s popular “Black Cat” theme. Faux pony hair, however, takes over much of the upper, replacing tradition nubuck and more closely resembling Olivia Kim‘s, Vice President, Creative Projects and Home at Nordstrom, collaboration from November 2019. Mesh components across the shoes’ top-halves maintain a matte finish, while TPU eyelets and profile flaps opt for a glossy makeup that compliments the retro’s cleat-modification underfoot. Lastly, dark speckling appears on the spine, although the Jordan 4 Golf dons Jumpman branding instead of “NIKE AIR” text like Kim’s project.

An official Nike.com release date hasn’t been disclosed by the brand, but that’s likely to change as the first-half of 2022 gets underway. In any case, enjoy images of the pair here below. 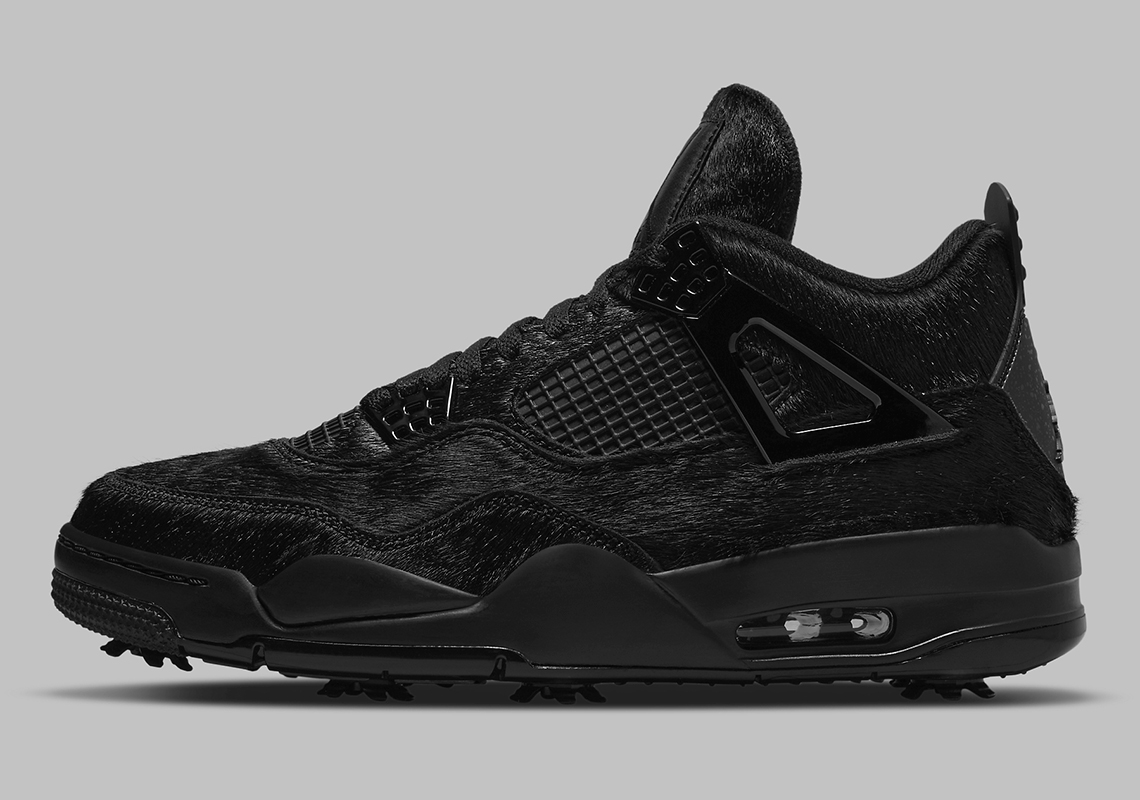 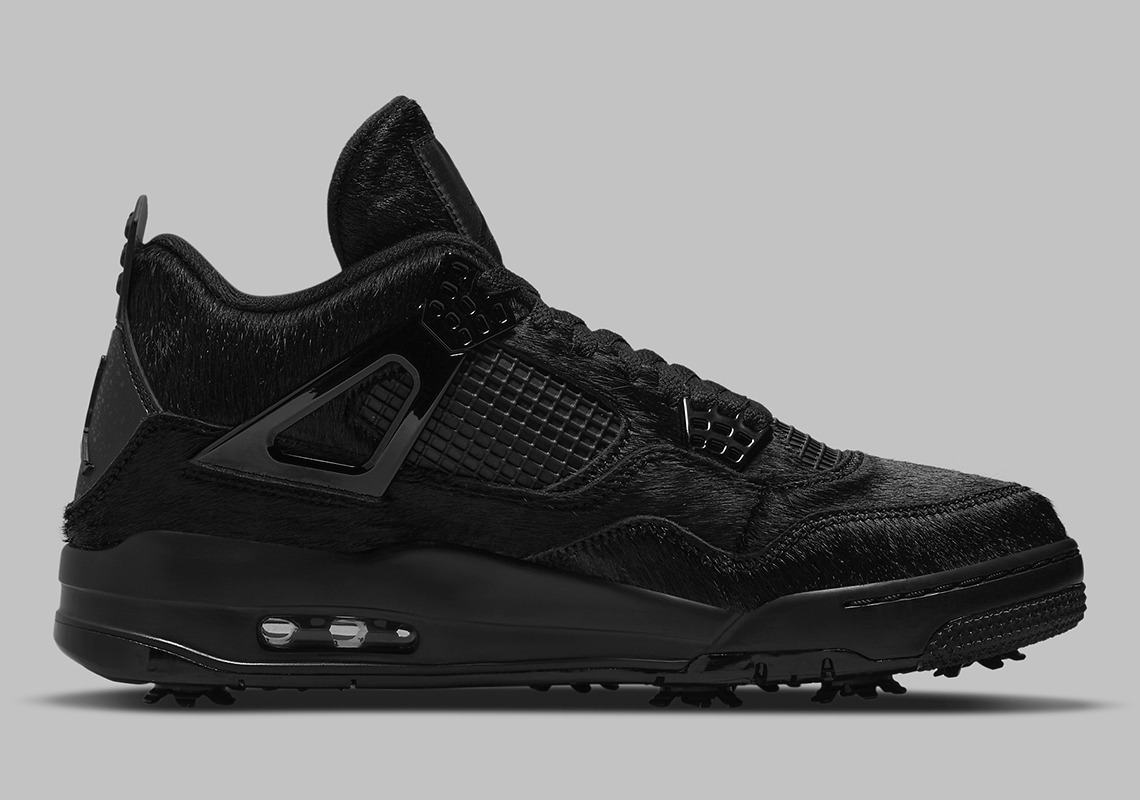 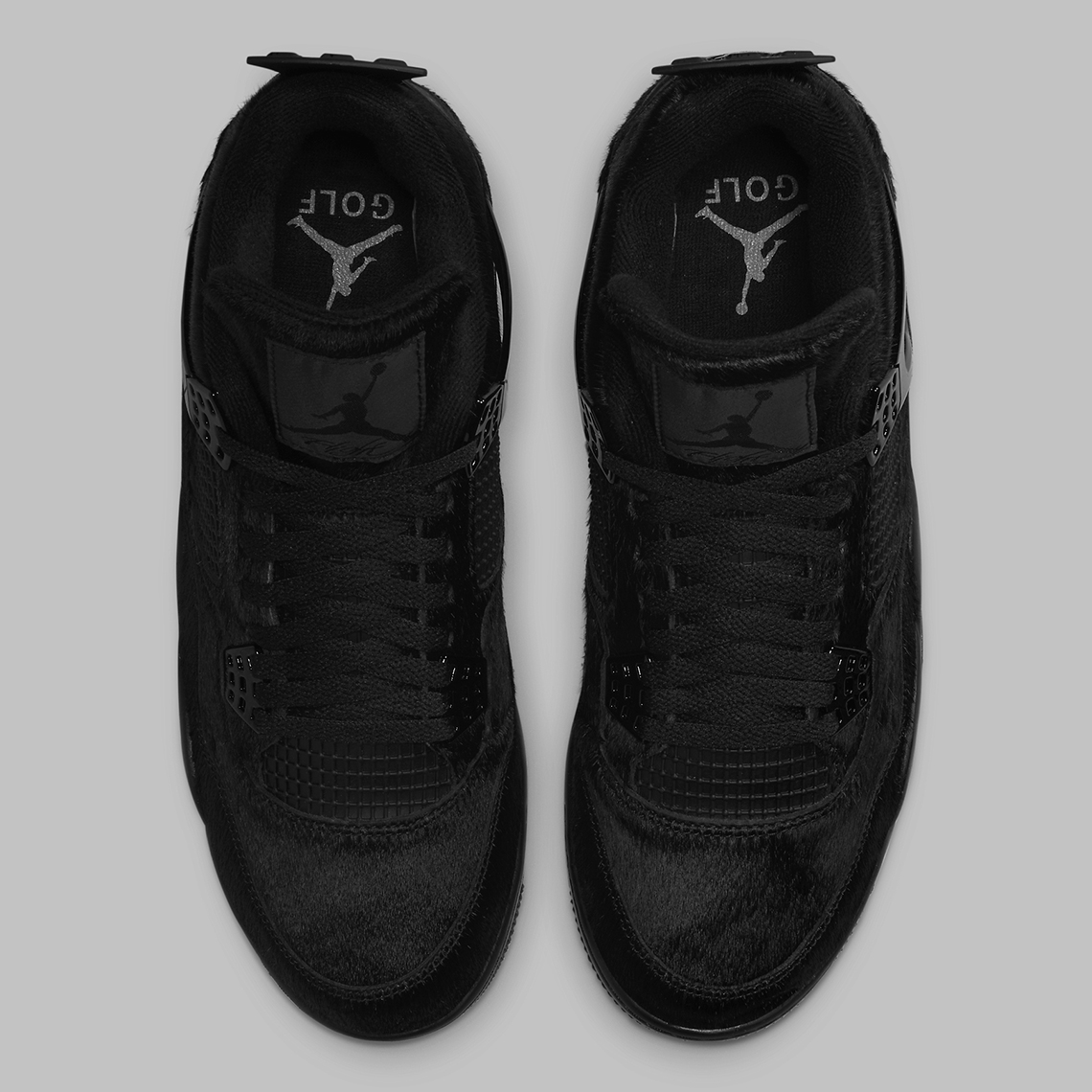 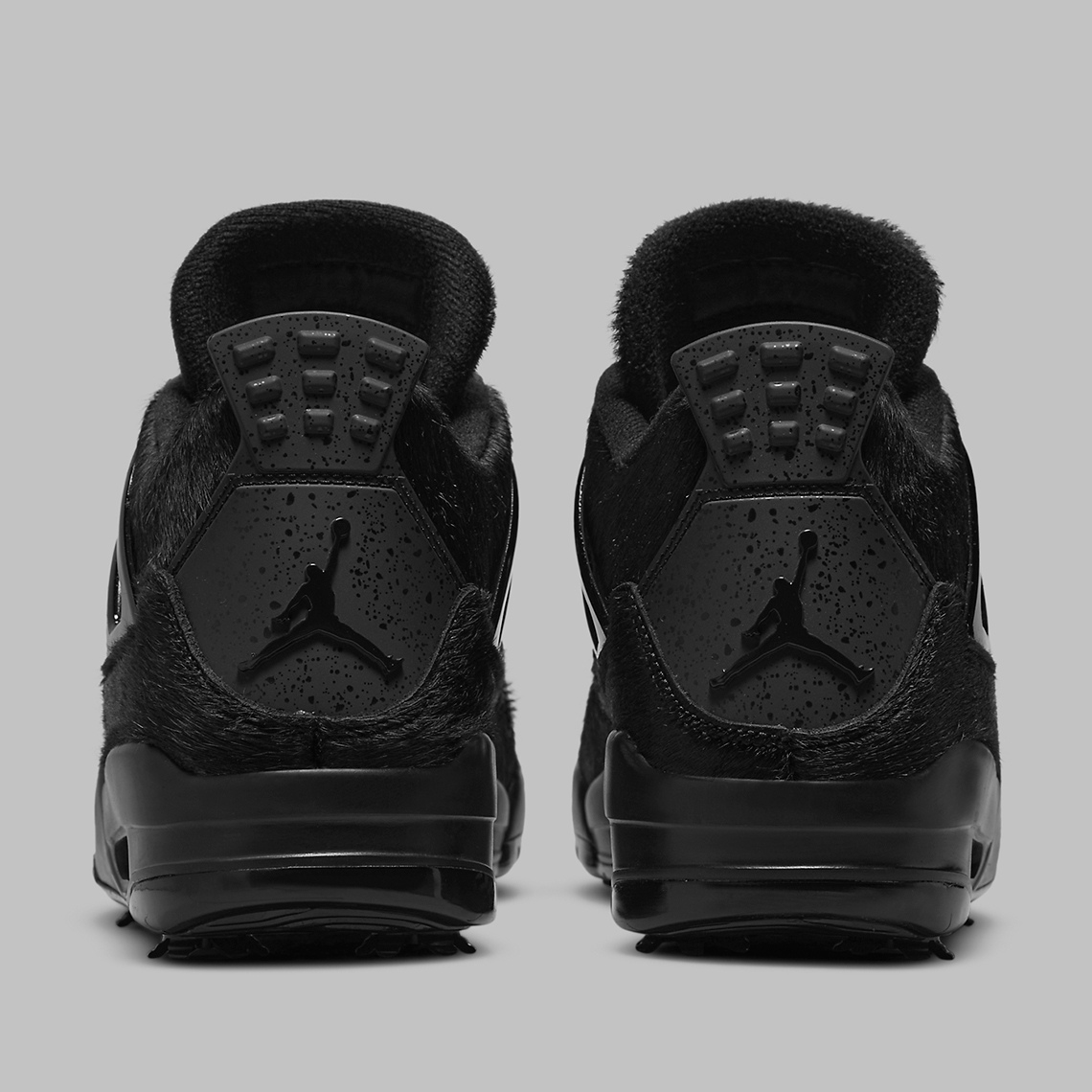 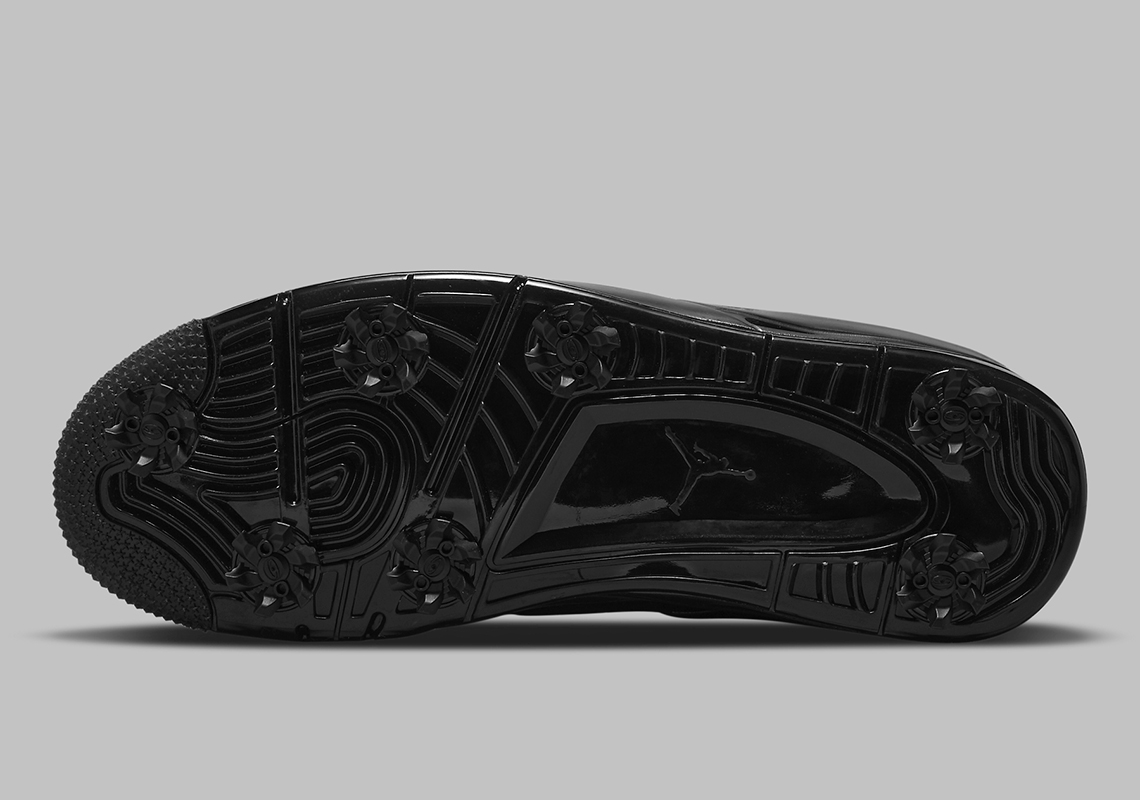 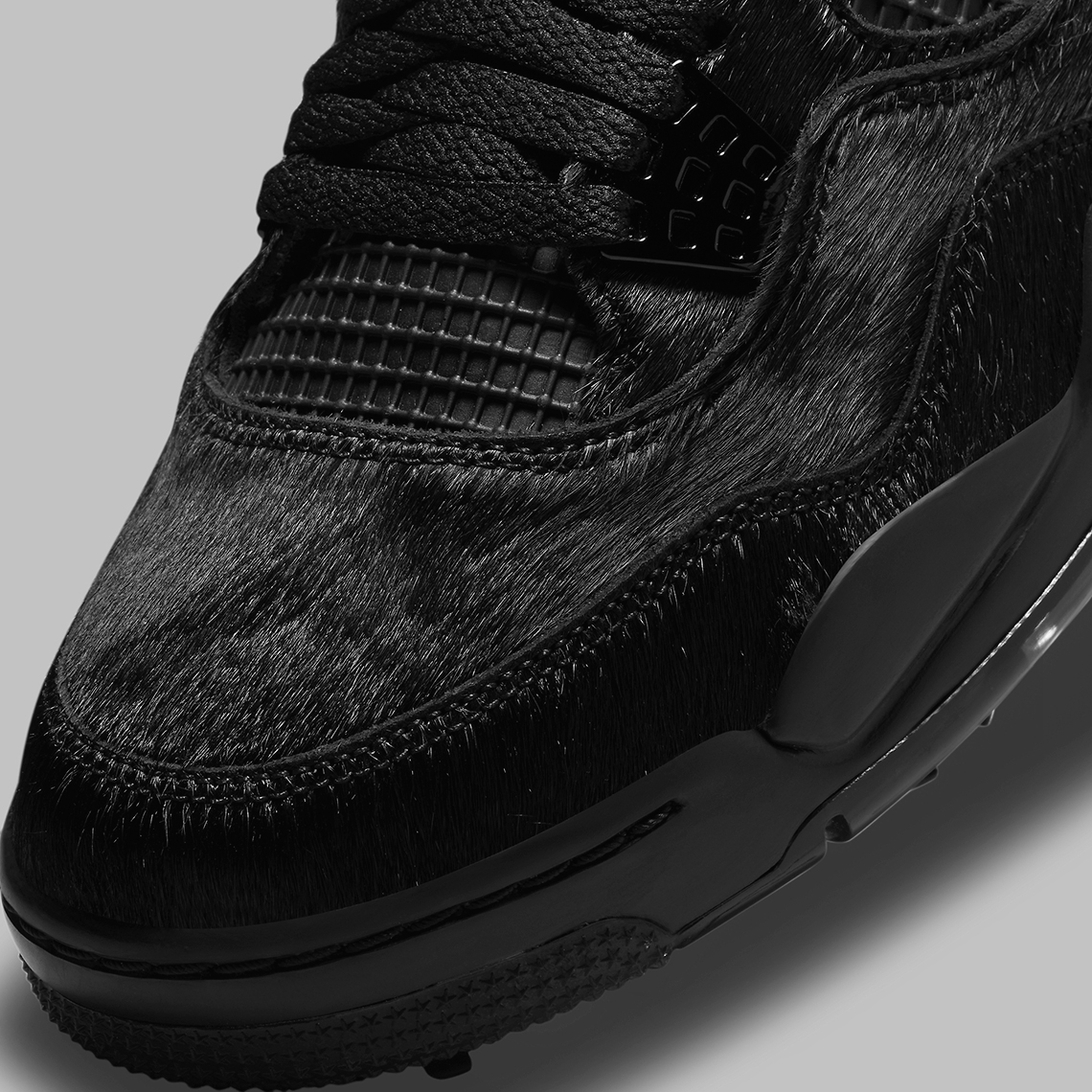 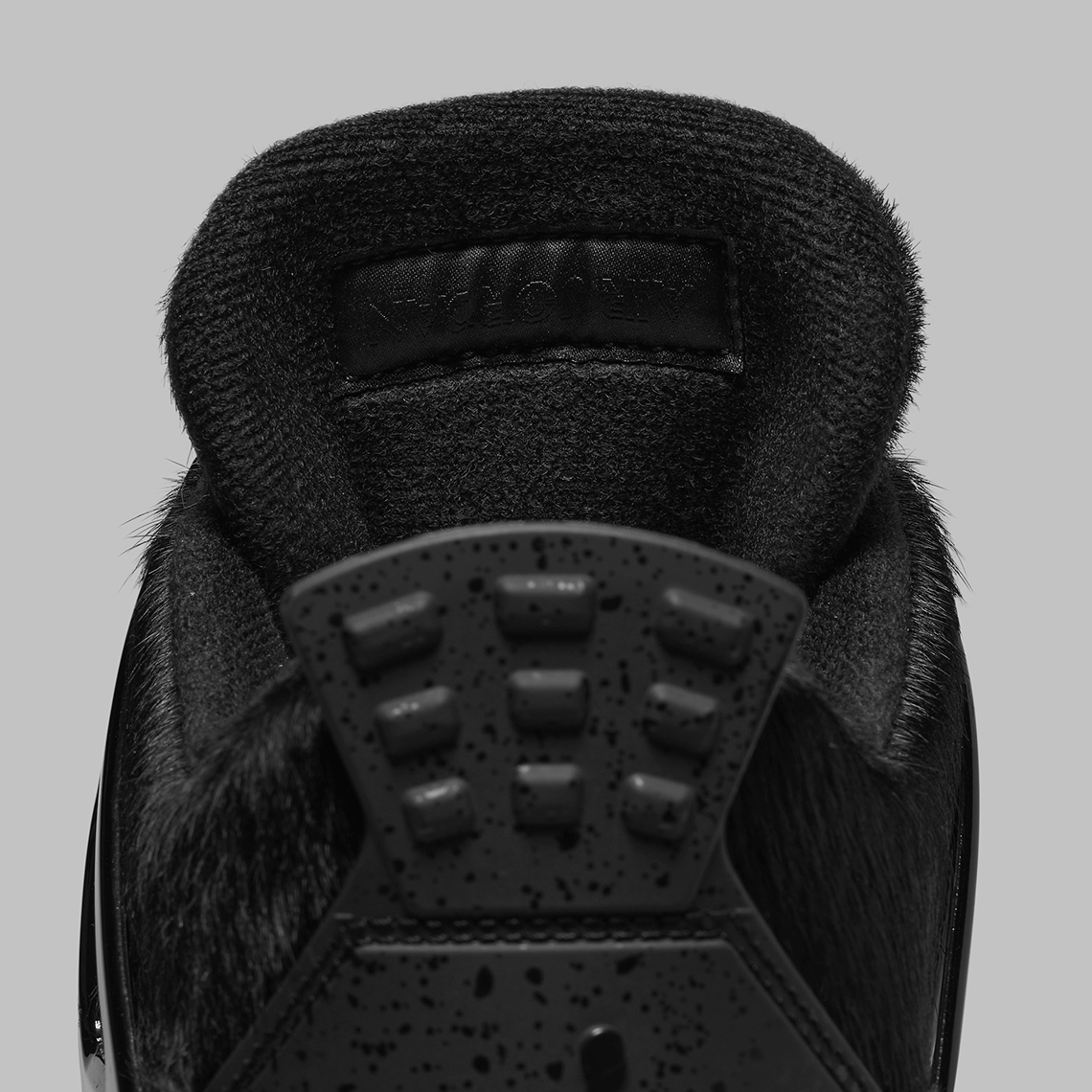 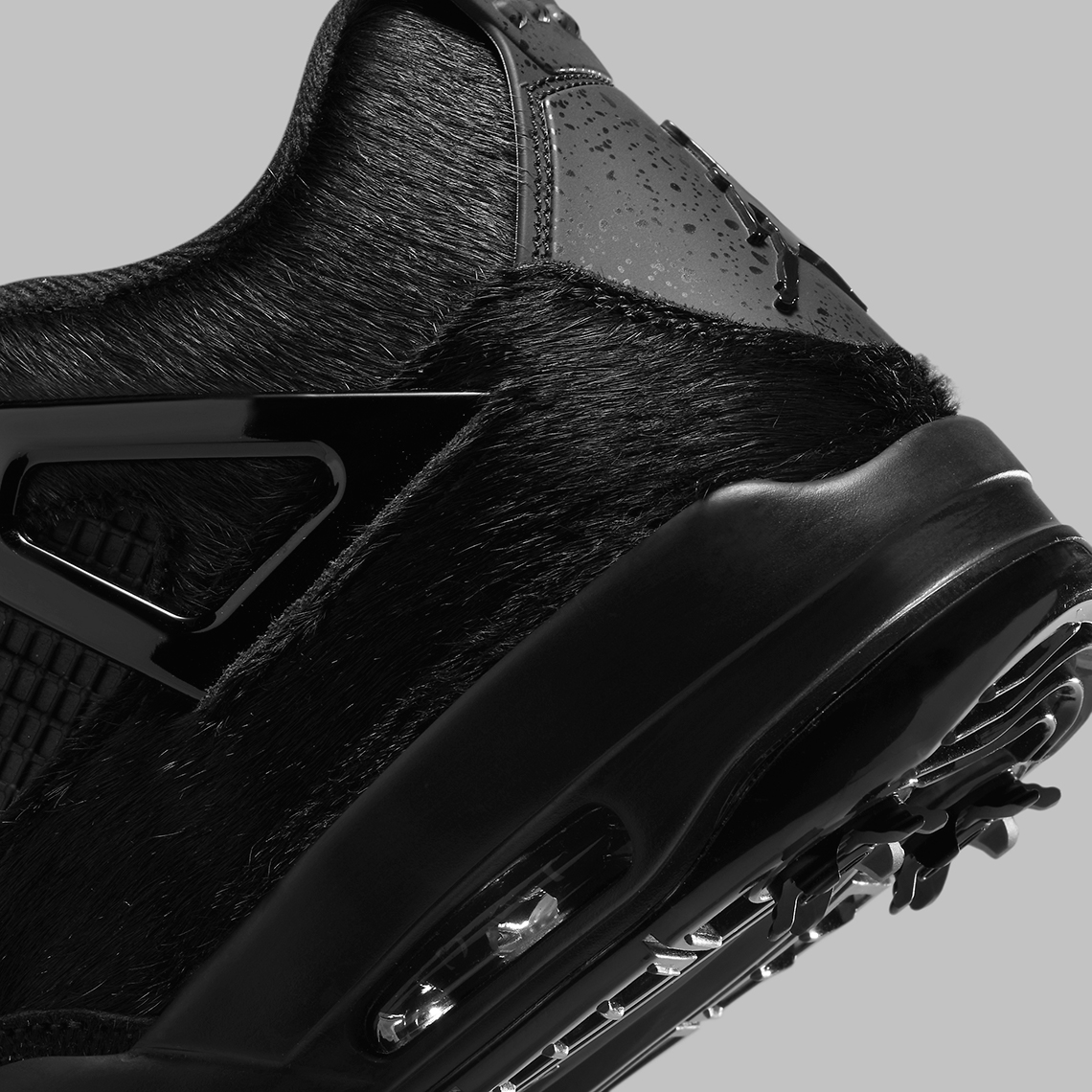