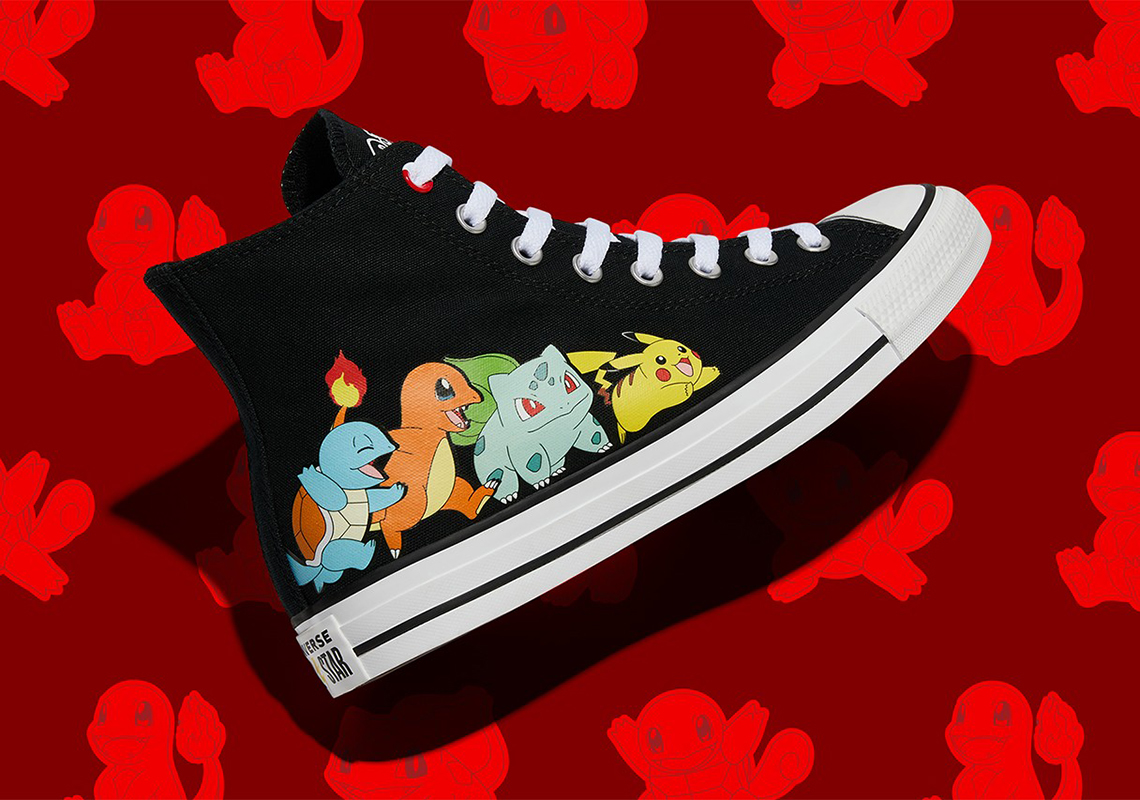 Converse Attempts To Catch ‘Em All With Upcoming Pokémon Collaboration

Pokémon has never failed to cause excitement, be it for their trading cards, video games, or numerous collaborative efforts. And to appropriately close out their 25th anniversary, the franchise is joining Converse for a selection of Chuck Taylors, each customized with graphic-heavy nods to the original 151.

Not all from the first generation are on display, however; instead, the two have preferred to celebrate the more notable of the bunch. First, the starter Pokémon — Bulbasaur, Squirtle, and Charmander — join Pikachu and Jigglypuff along the side of a classic black-on-white colorway, which is to arrive in what looks to be a full family size run. Additionally, both the “All Star” patch and the topmost eyelet are redressed to resemble a Pokéball. The latter is depicted more accurately on the pair that accompanies, whose white-dominant upper adds Meowth to the aforementioned ensemble.

For the kids’ exclusives, Converse hones in more closely on Jigglypuff and Pikachu, both of which inspire the strap-adorned Chuck in different ways. The sleep-inducing singer is plastered onto the shoe’s side, spreading music notes forward through the pink canvas. Clad in yellow, the more electric counterpart effectively turns the series’ favorite into the shoe itself, with the cap toe resembling its face and the heel its tail.

Enjoy a look at the upcoming offerings here and expect sizes to hit Converse.com and select retailers on January 7th. 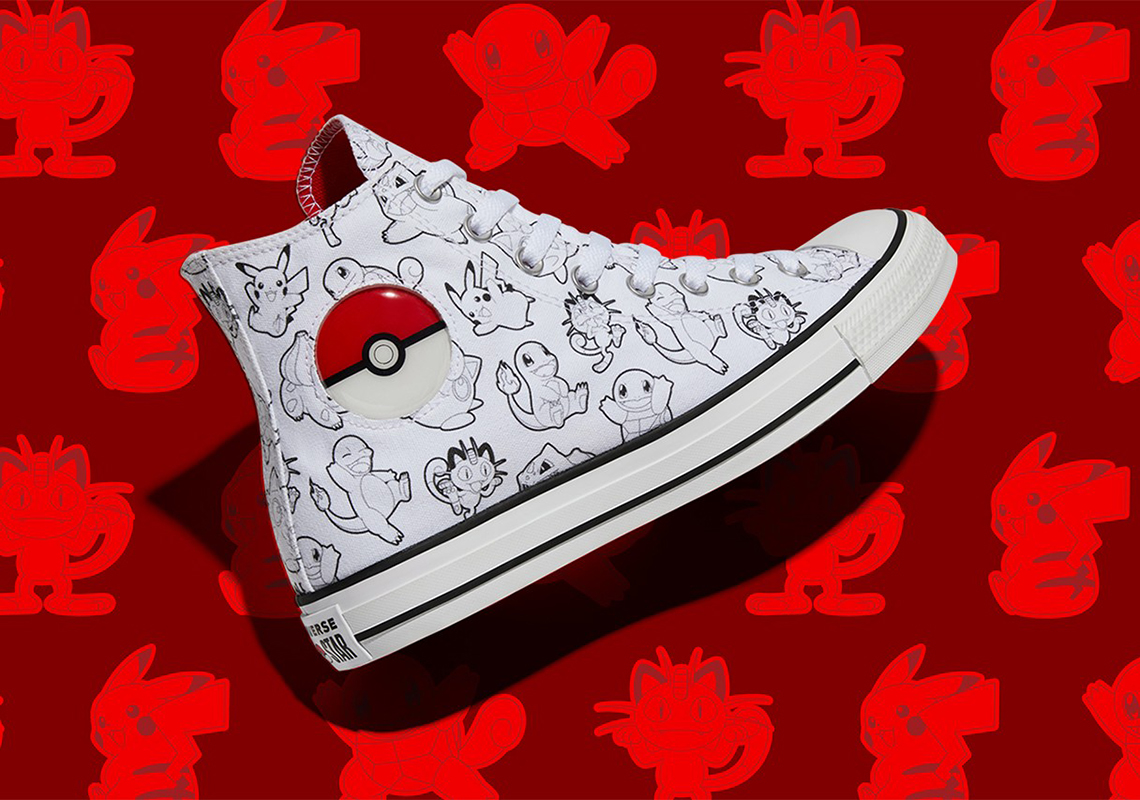 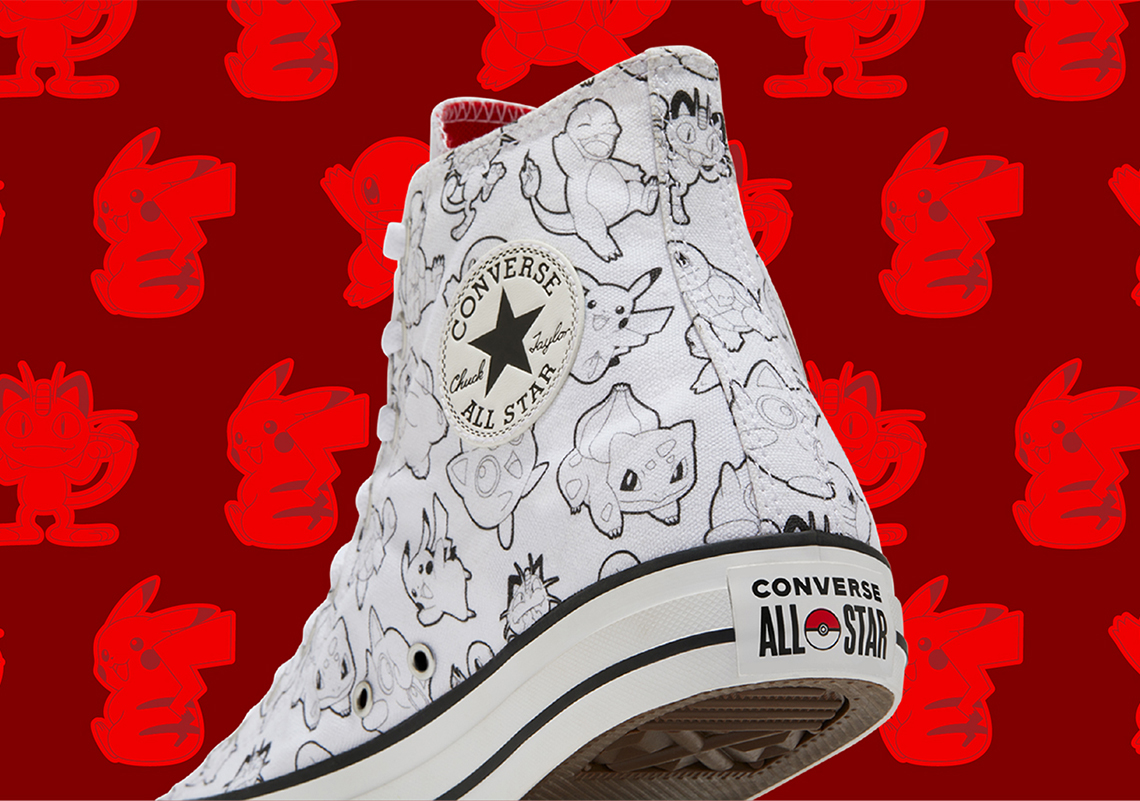 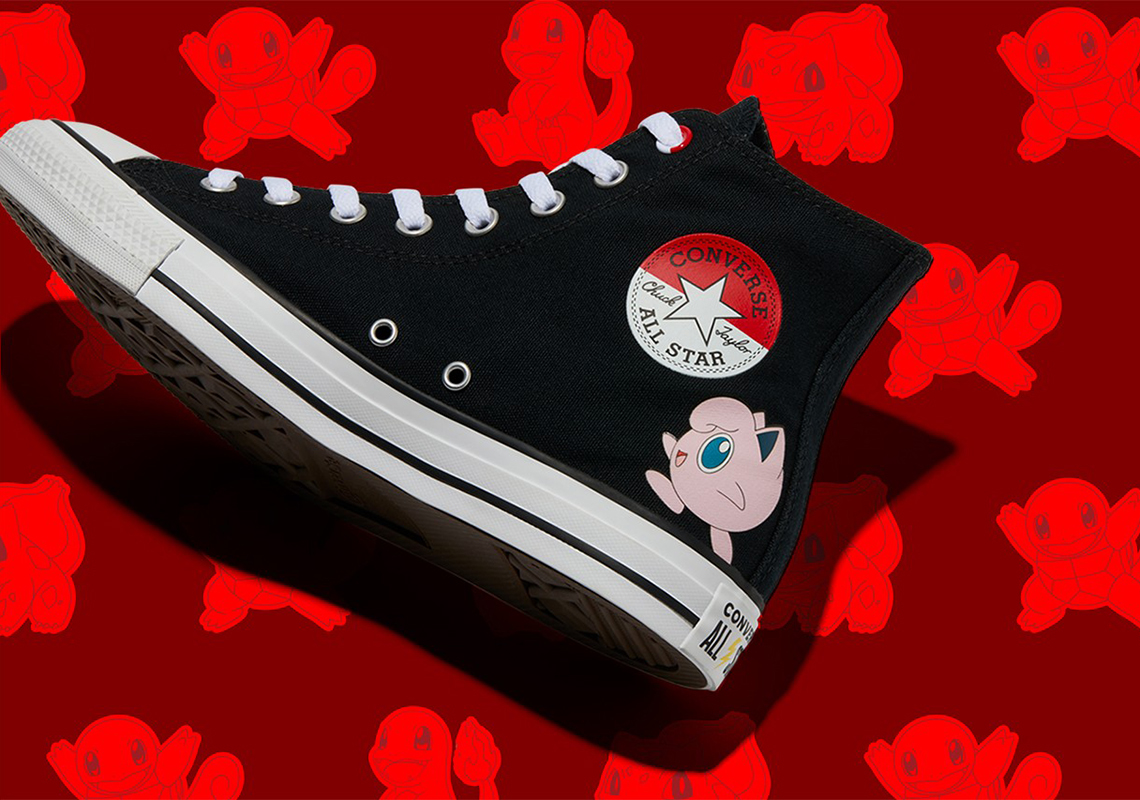 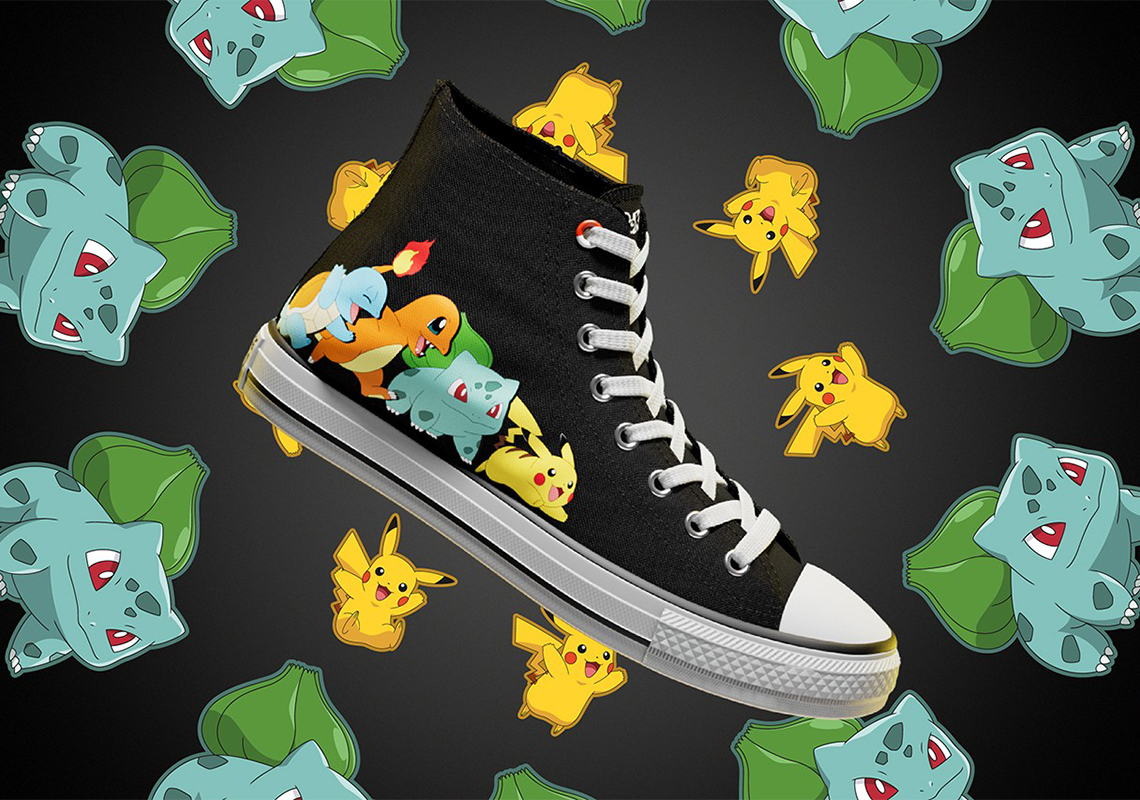 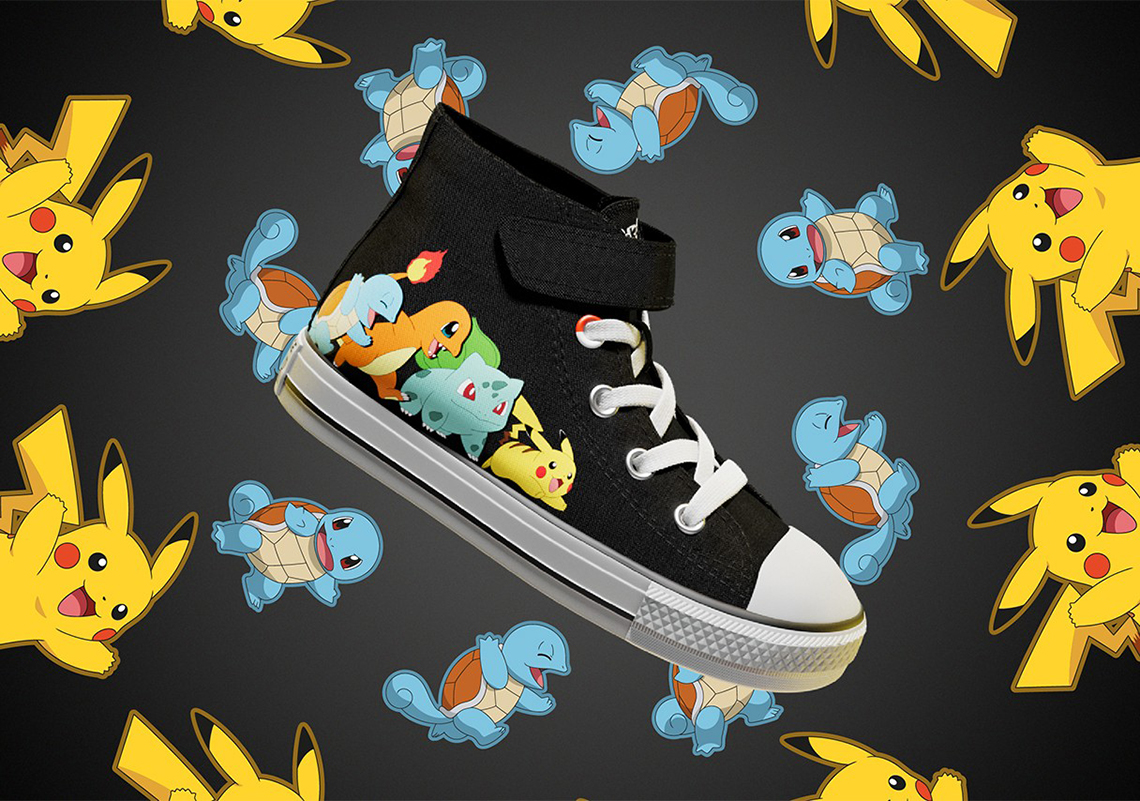 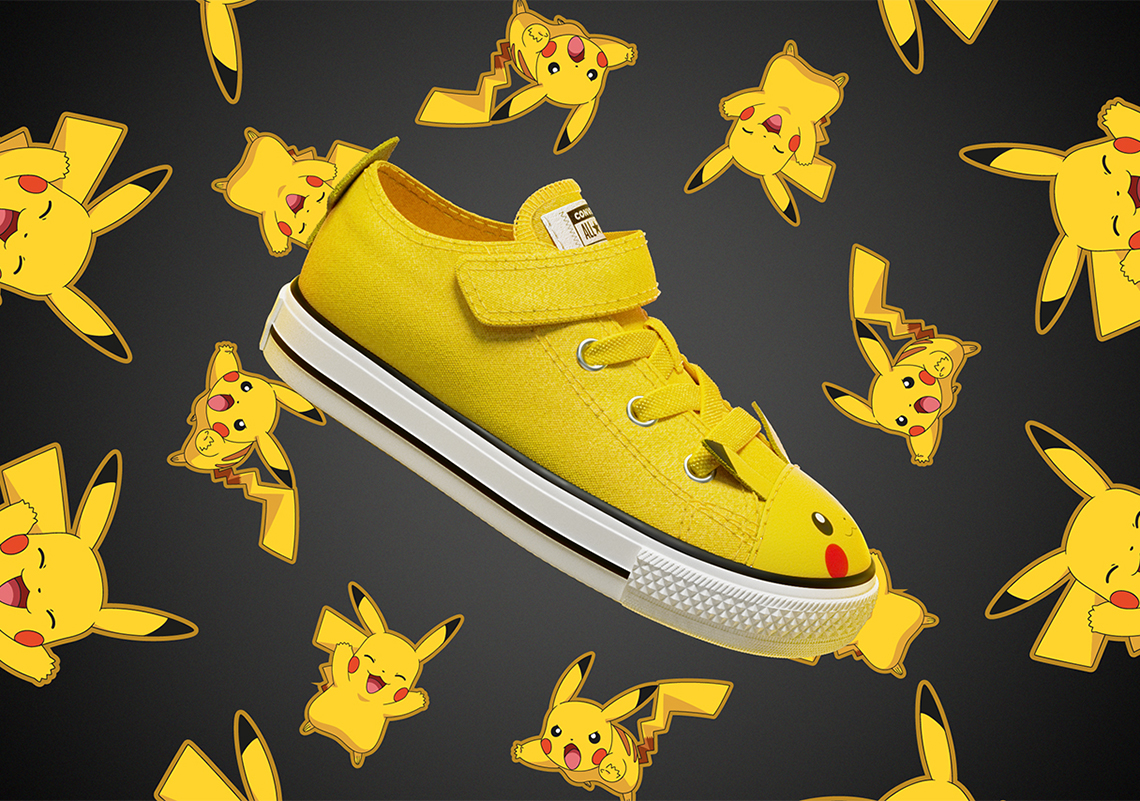 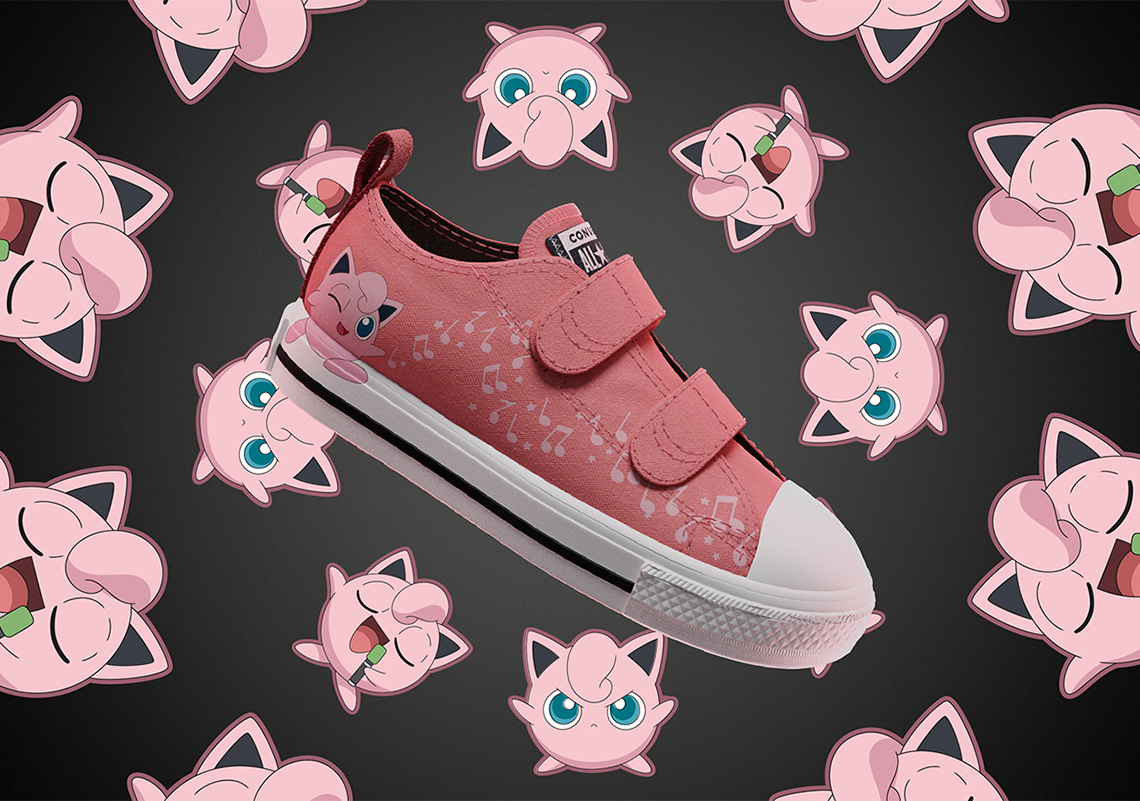