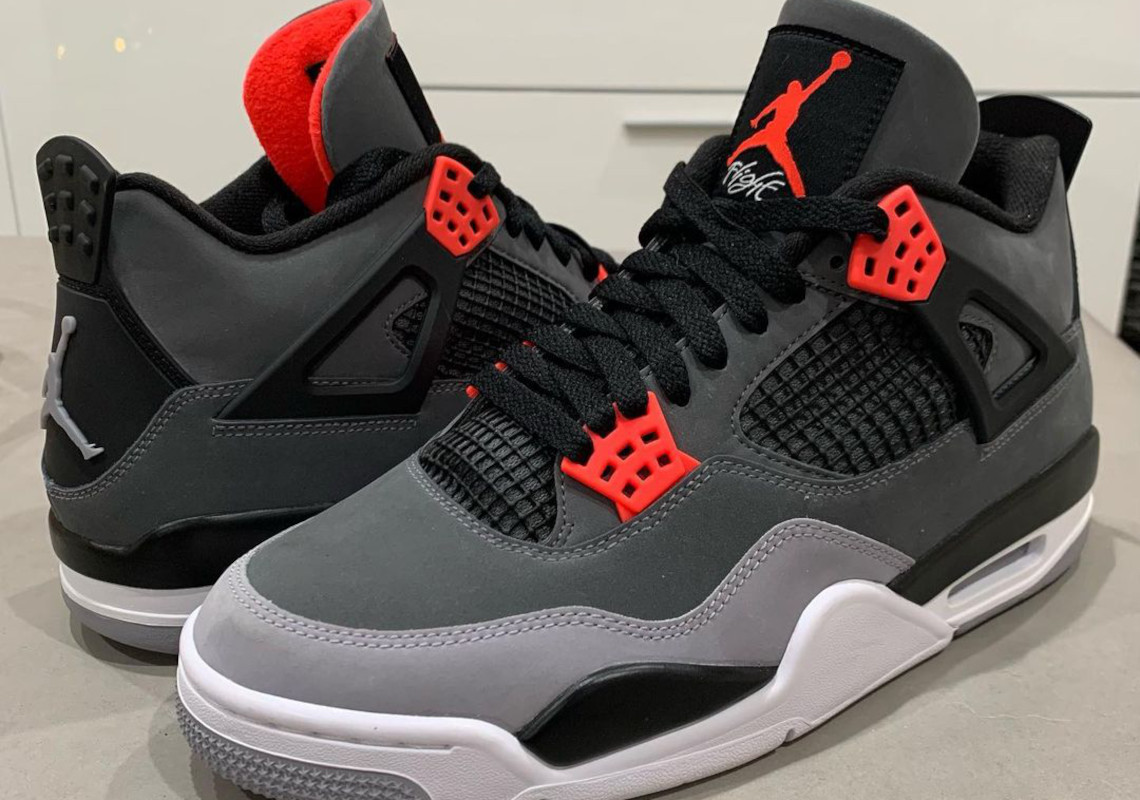 The Air Jordan 4 has made headlines in the second half of 2021 with a handful of modified-for-golf releases, but none have been celebrated as well as its lifestyle-focused retros. Ahead of the new year, leaked images have shown Tinker Hatfield’s second-ever design for Michael Jordan in a “Dark Grey/Infrared 23/Black/Cement Grey” colorway.

First seen via mock-up in late June, the pair has immediately drawn comparisons to the model’s “Green Glow” style from August 2013. In-hand photos of the upcoming Air Jordan reveal a near-identical arrangement on the “Infrared 23”-accented sneaker, leading several netizens to dub it as the “Red Glow” Jordan 4. Nubuck materials throughout the upper indulges in varying shades of grey, while supporting components (i.e. mesh profile windows, laces, inner-lining) deviate in stark “Black” contrast. TPU eyelets, Jumpman logos on the tongue and the tongue’s underside introduce the Jordans‘ most eye-catching hue. Underfoot, sole units opt for a combination of subtle tones, differing from their “Green Glow” predecessor’s aptly-colored outer tread pattern.

Enjoy a first-look at the Jordan 4 “Infrared 23” (which will likely also be referred to as the “Red Glow” pair) here below, and anticipate a Nike SNKRS launch in February 2022.

For more from under the NIKE, Inc. umbrella, check out the Nike Air Max 1, which celebrates its 35th anniversary in the new year.

The release date for the Air Jordan 4 "Infrared 23" has been pushed back to May 12th. 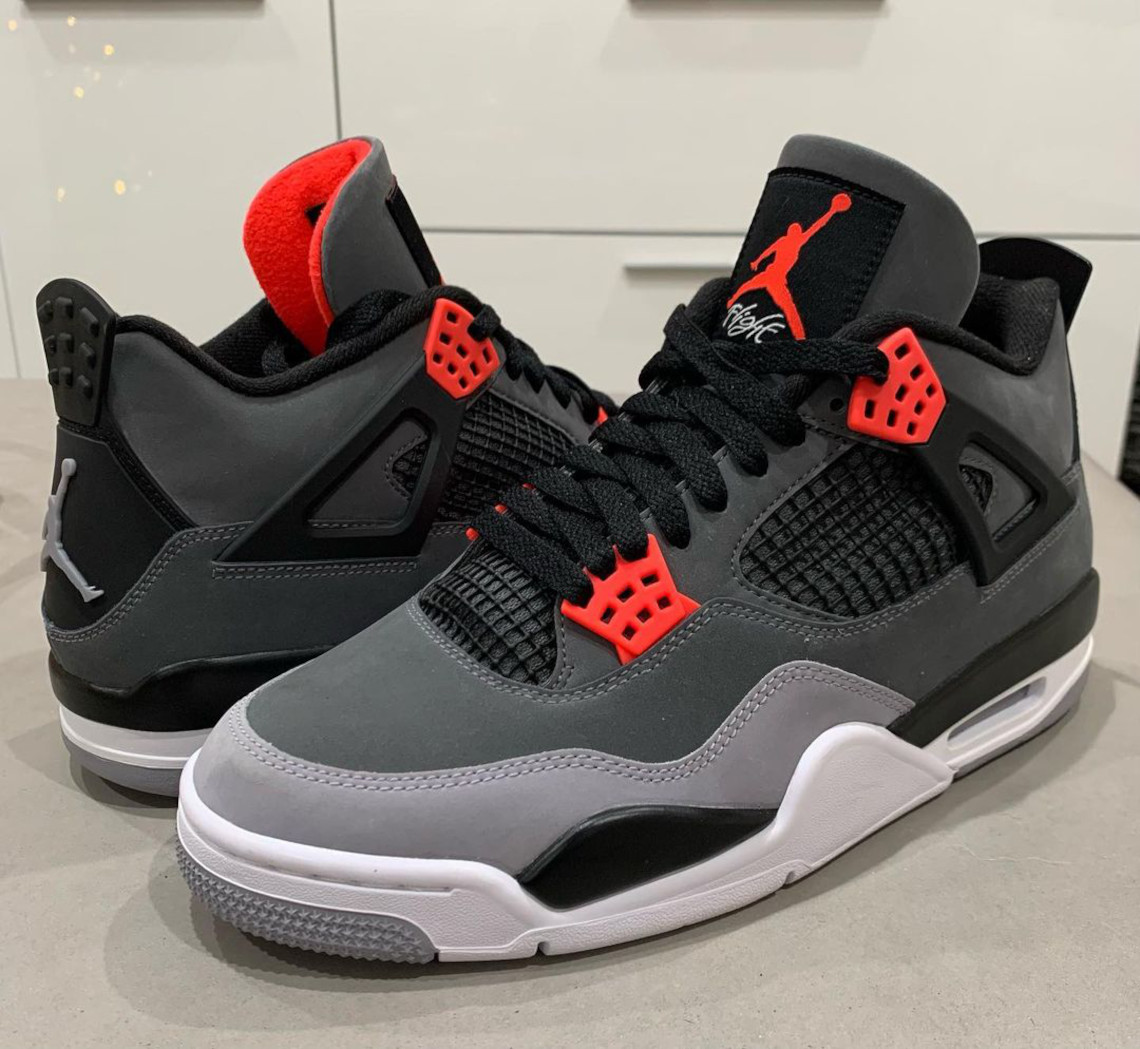 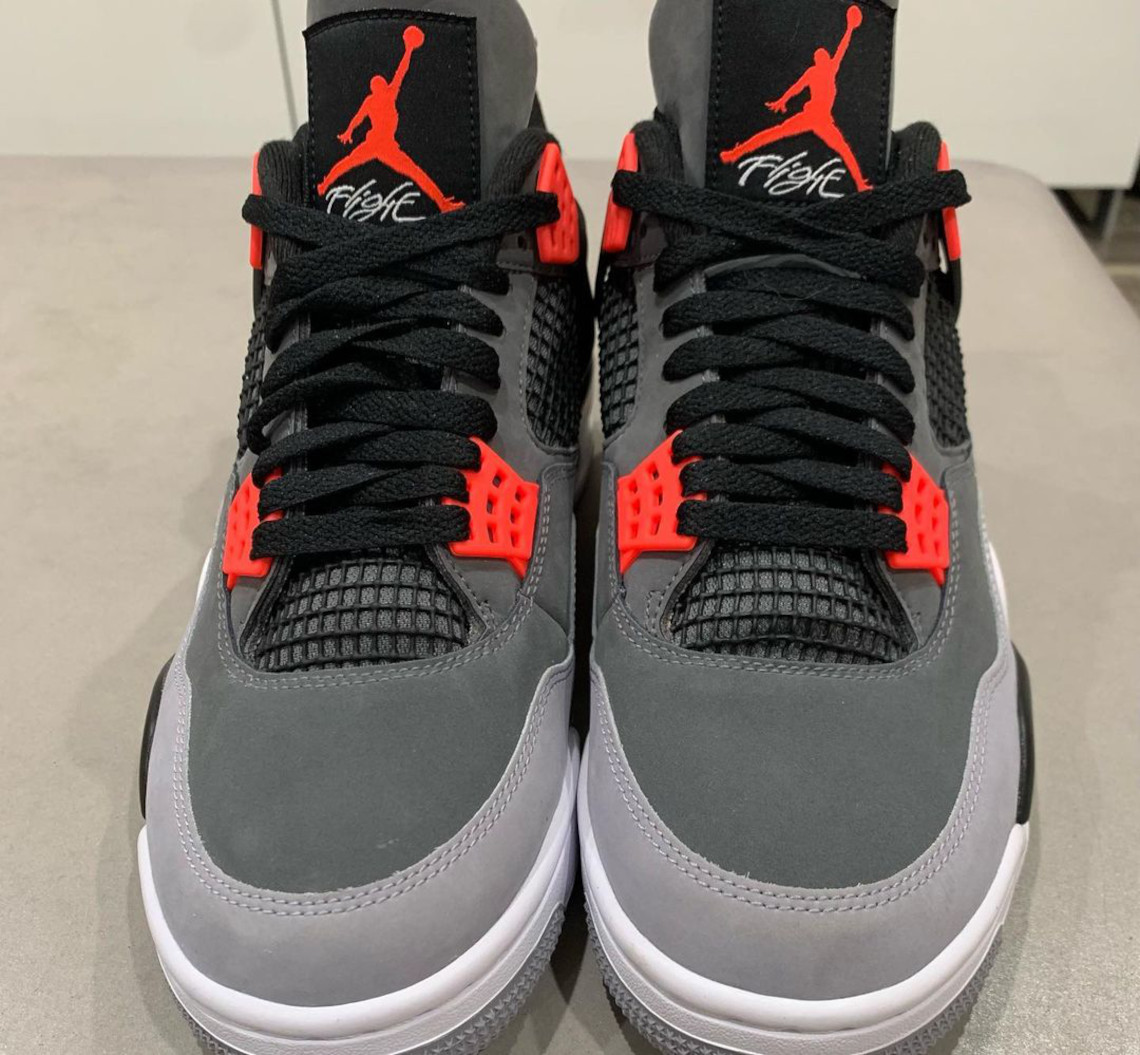 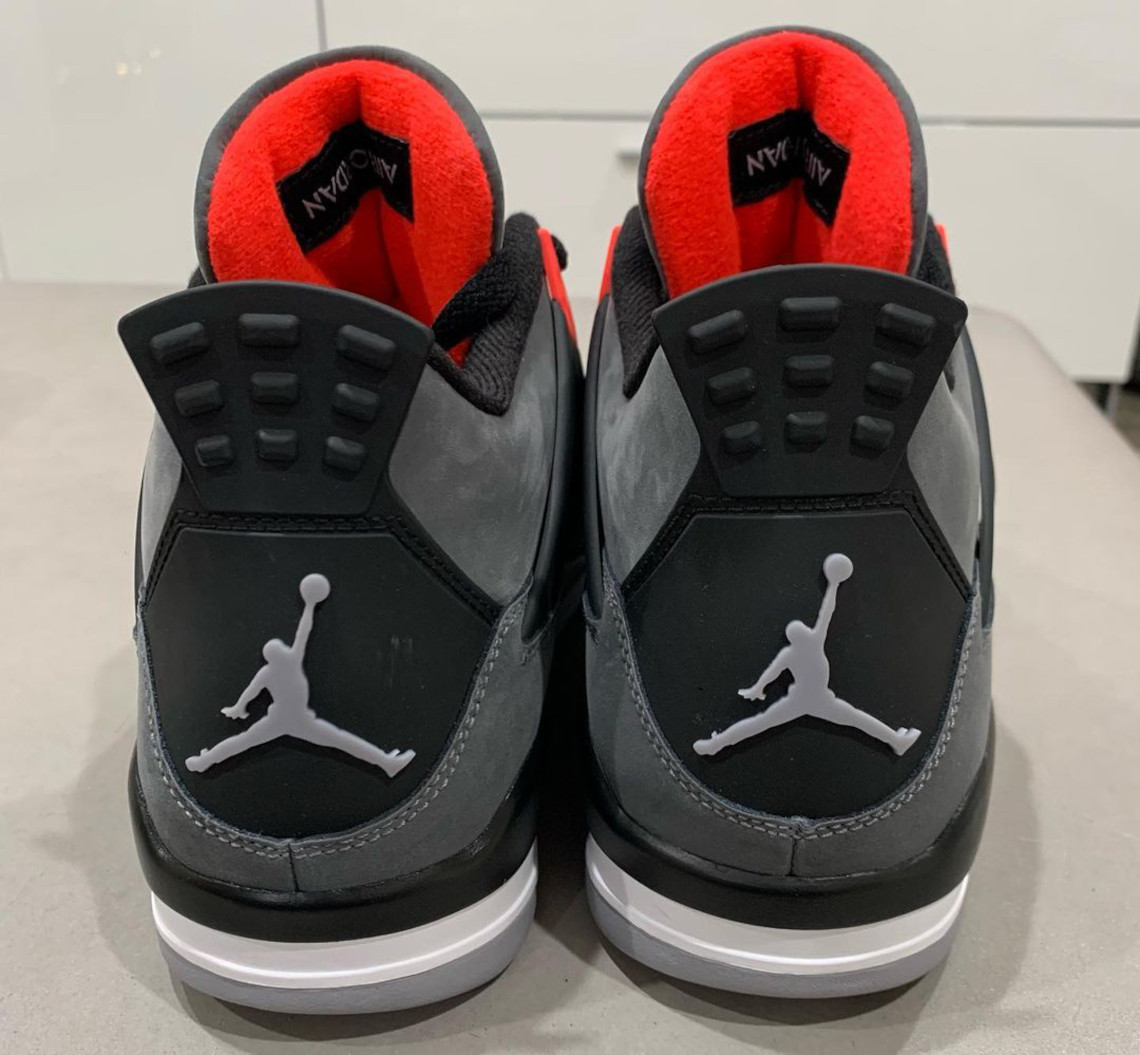