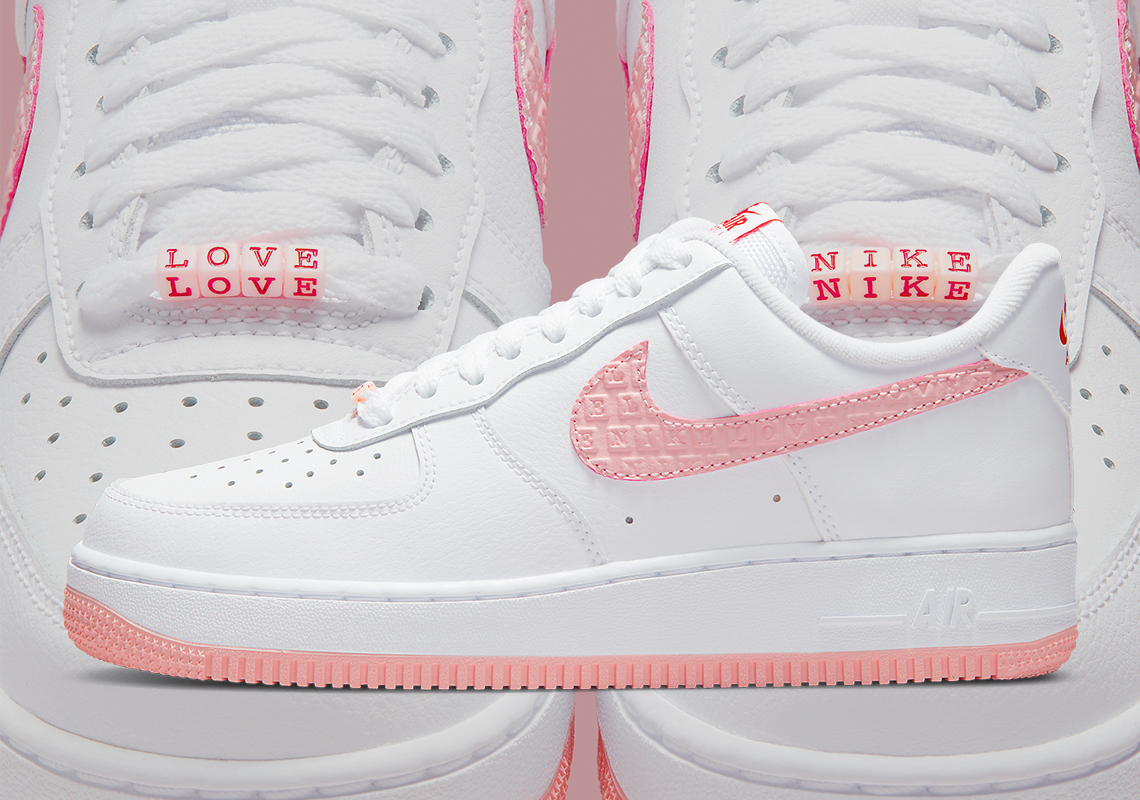 Valentine’s Day is coming up fast, so it’s best you start looking for gifts now. And no matter who makes your heart flutter, there’s one thing you should note: heart-shaped jewelry is almost never the way to go. Instead, sneakers are a relatively safe bet, and Nike has you more than covered with a drove of commemorative offerings. Here, the Air Force 1 adds to the variety, taking inspiration from handmade beaded bracelets.

To avoid coming off as tacky, most of the colorway is kept simple, white like many an existing GR. Only the tread and Swoosh proffer permanent hits of pink, the latter of which does so with “NIKE” and “LOVE” raised across its surface. This essentially mimics the square charms along the vamp, which spell out the exact same words though with bright red letters. This shade appears along the adjacent branding as well, coloring all three in stances of “Nike Air.”

For a closer look at these Valentine’s Day kicks, take a peek below at the official images. A release is sure to arrive at Nike.com before February 14th.

In other news, official images of the Air Jordan 1 85 Georgetown are here. 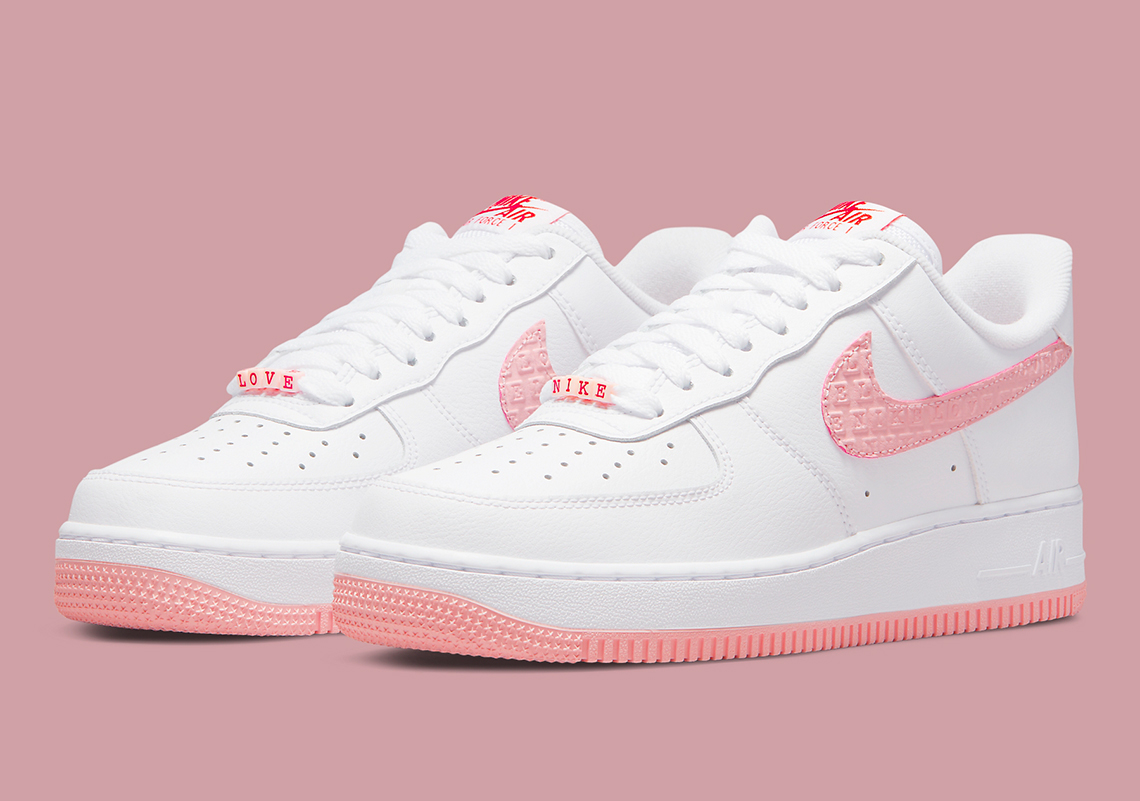 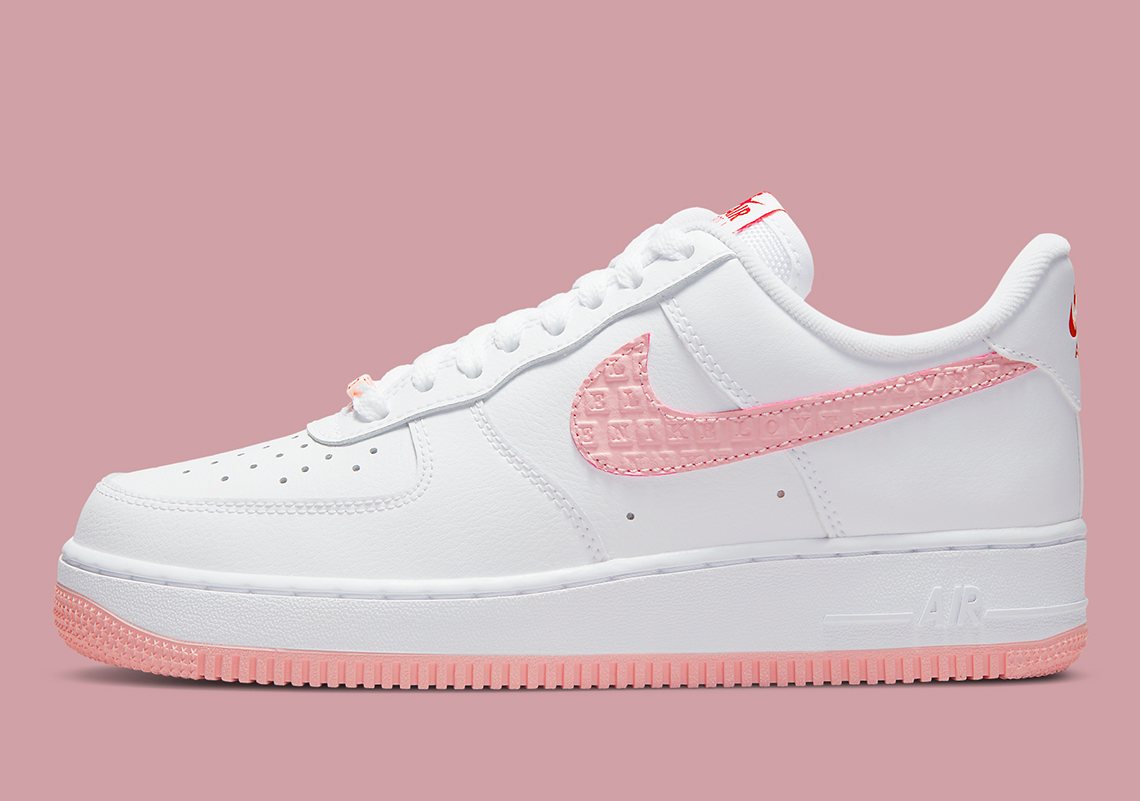 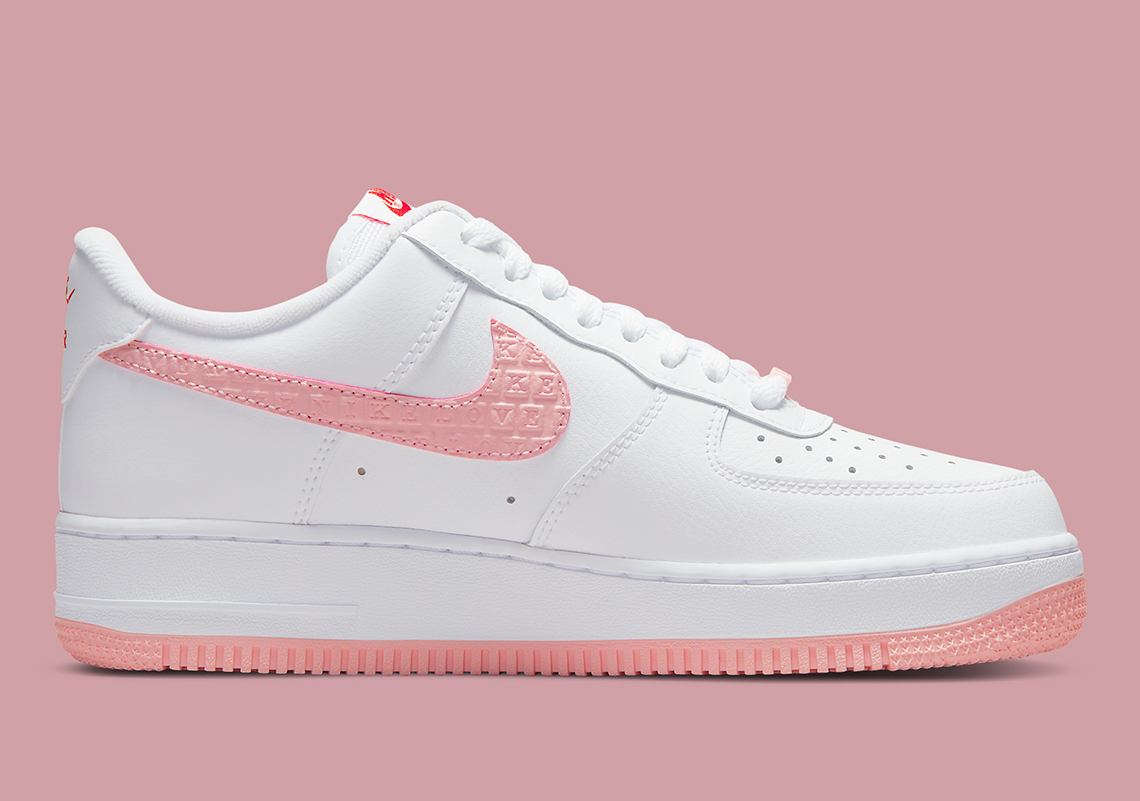 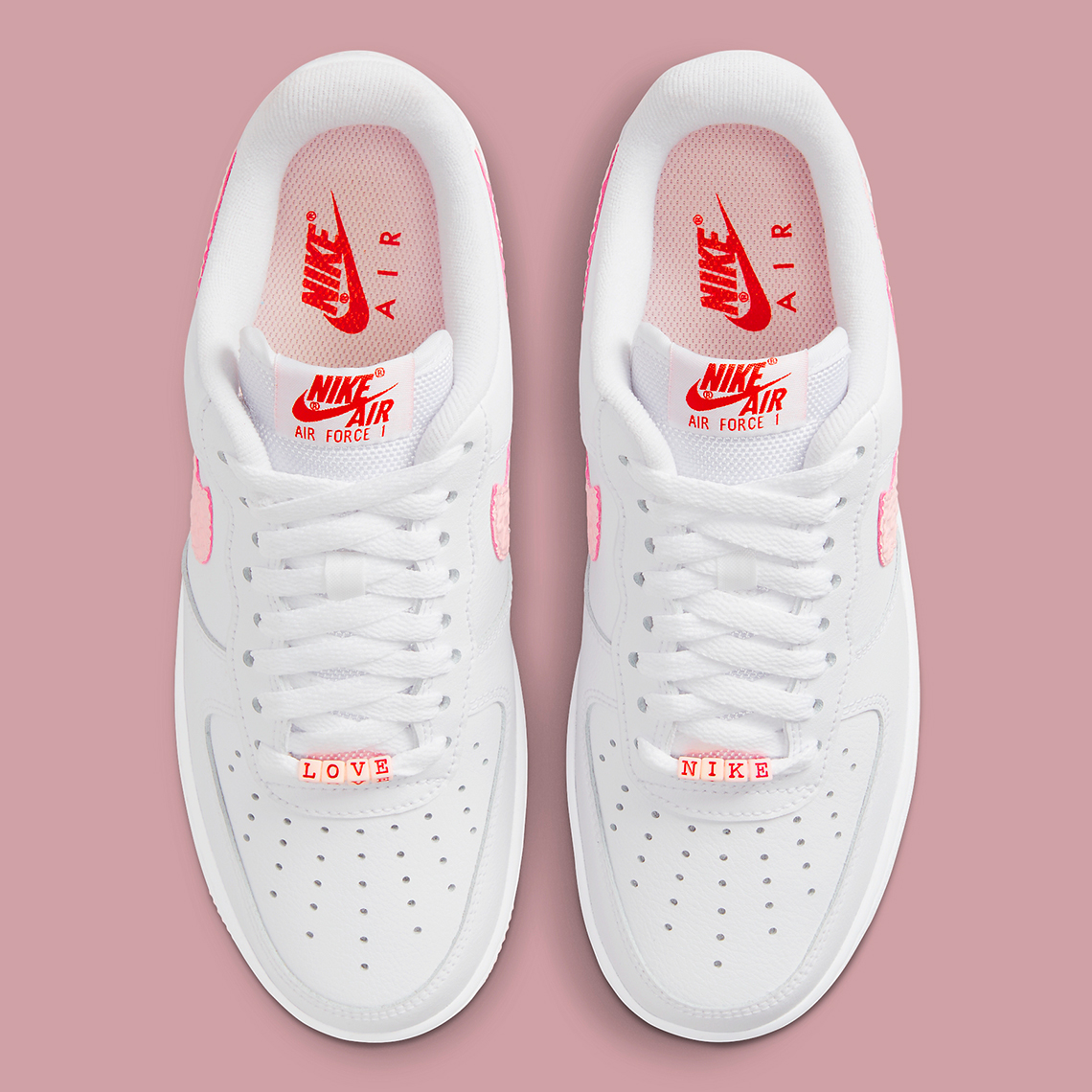 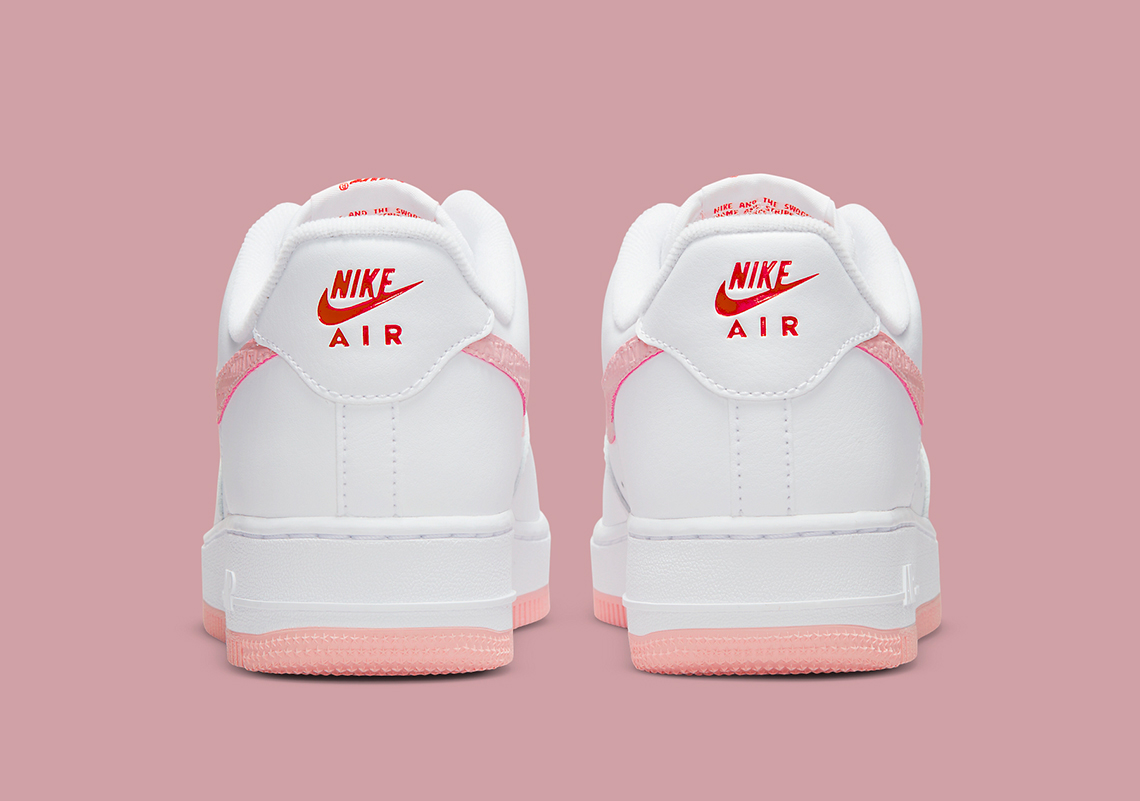 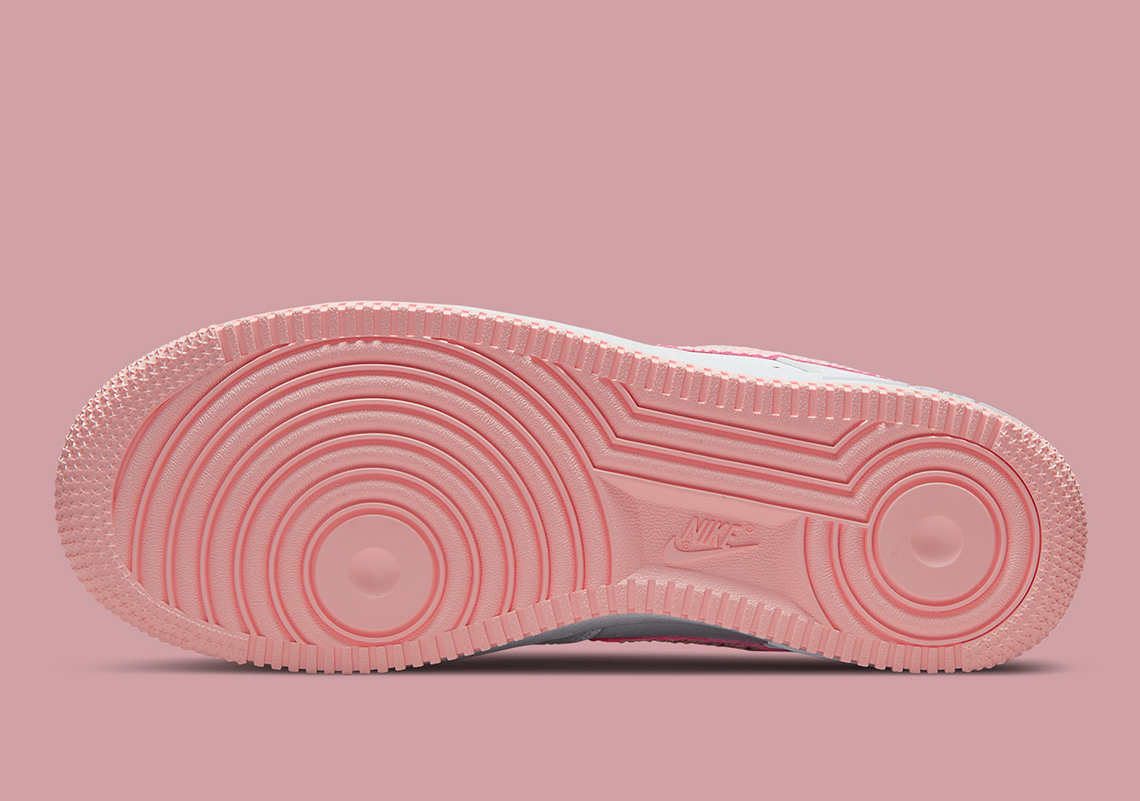 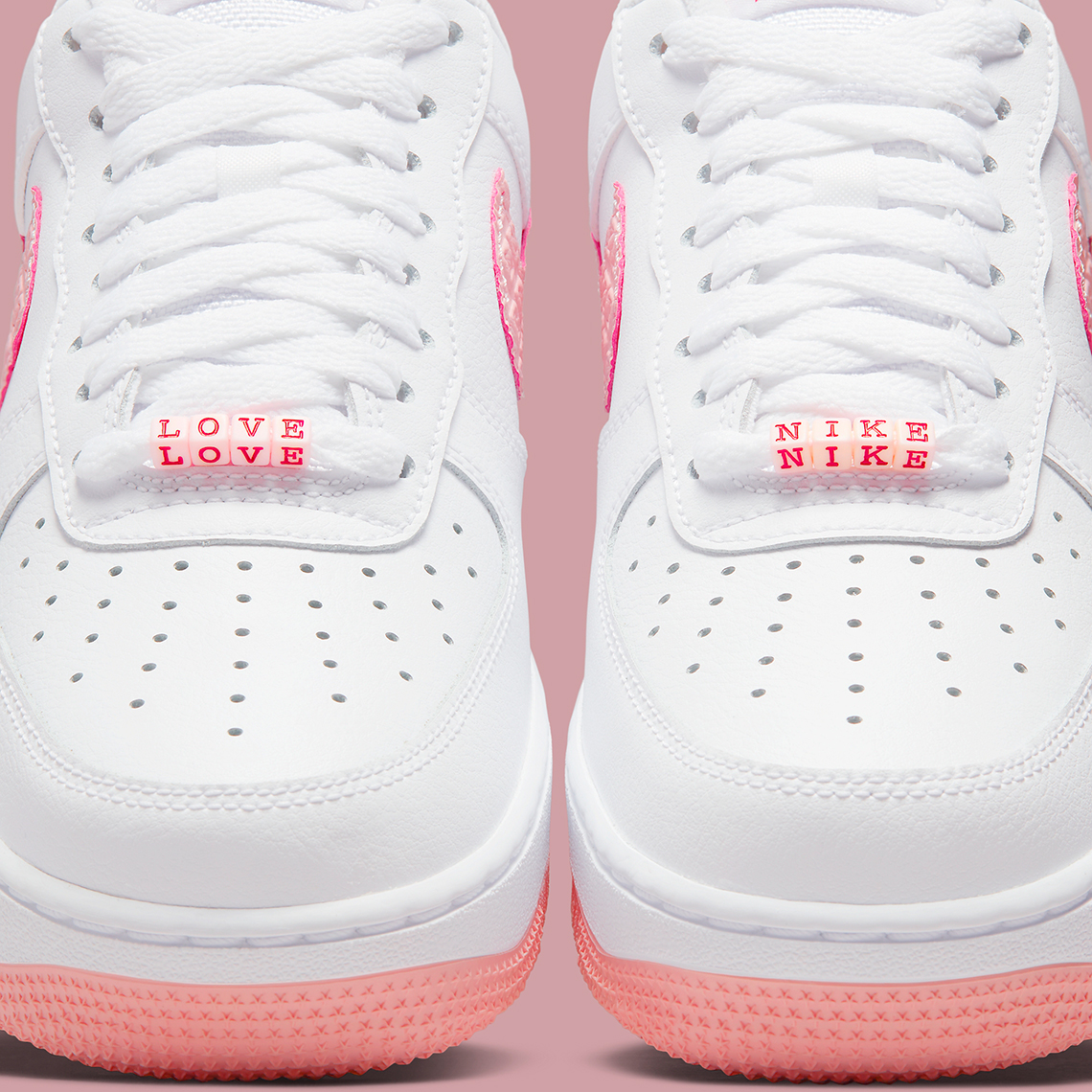 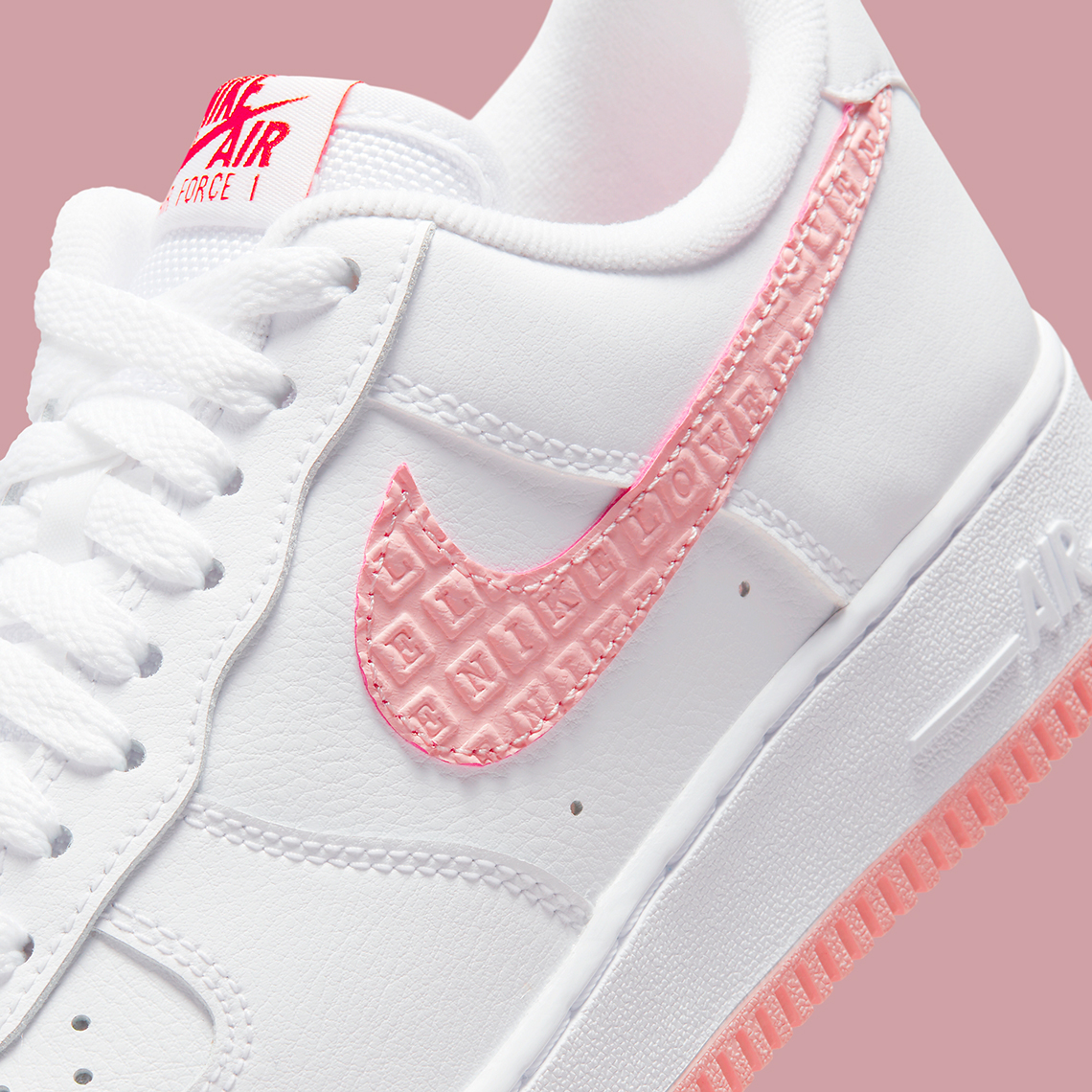 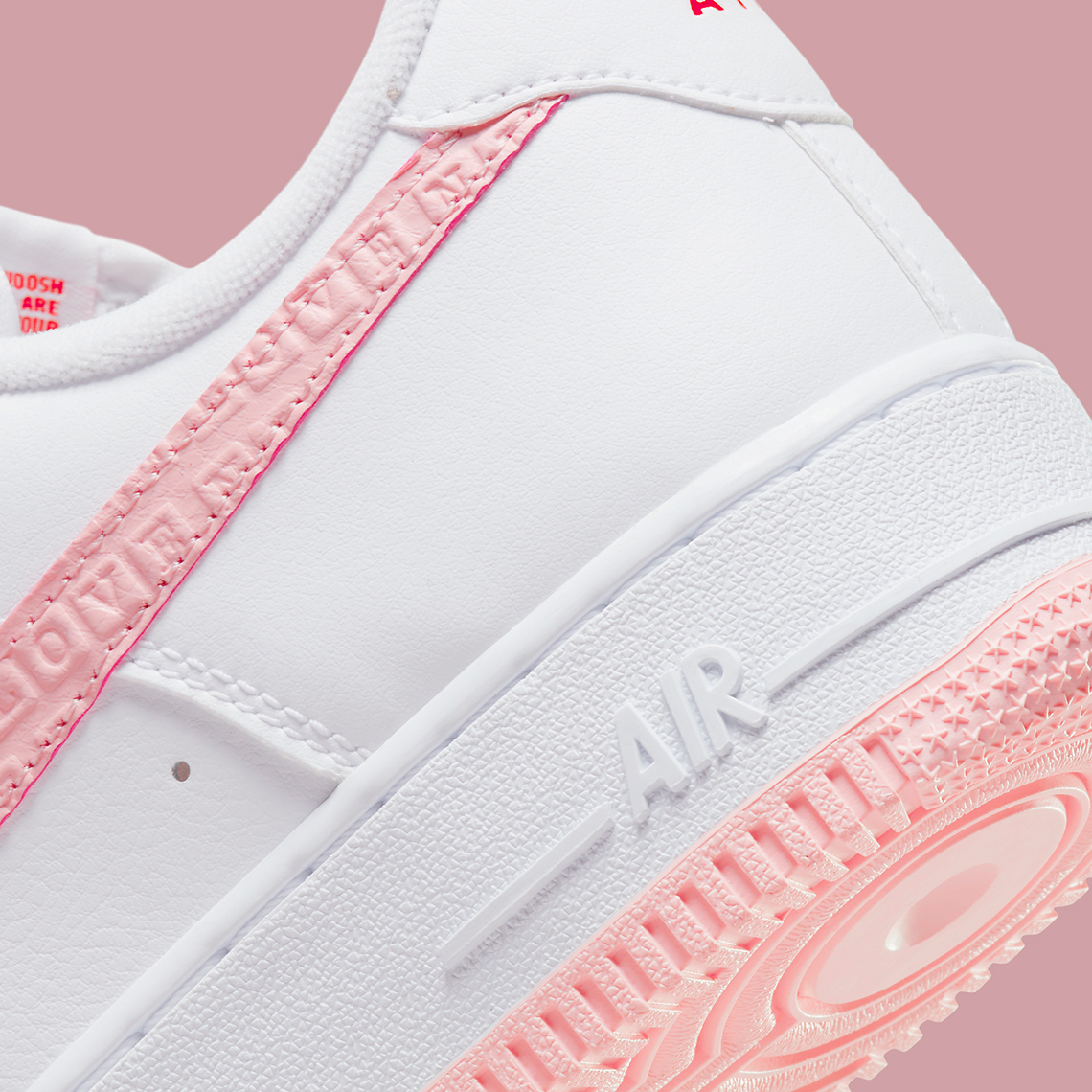 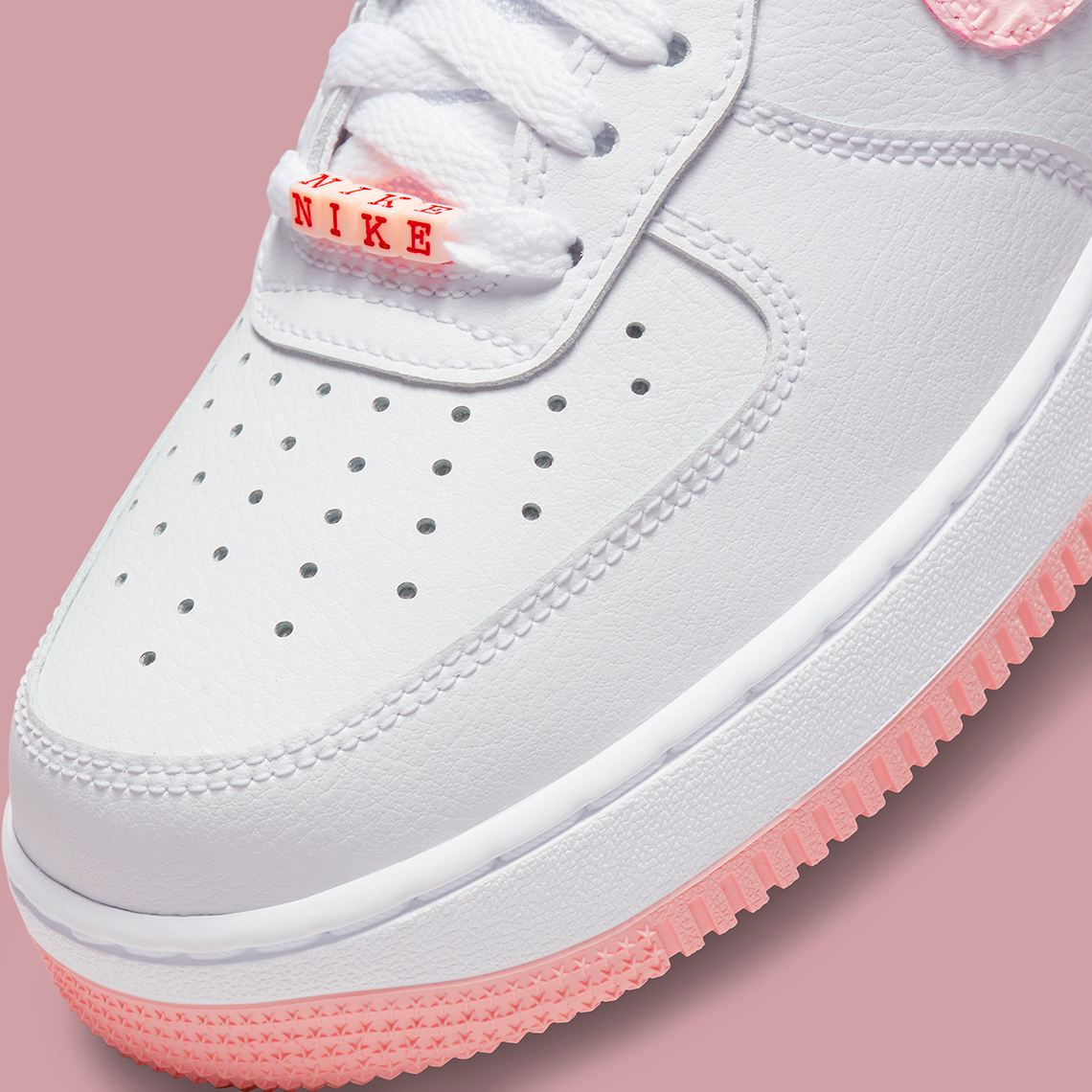