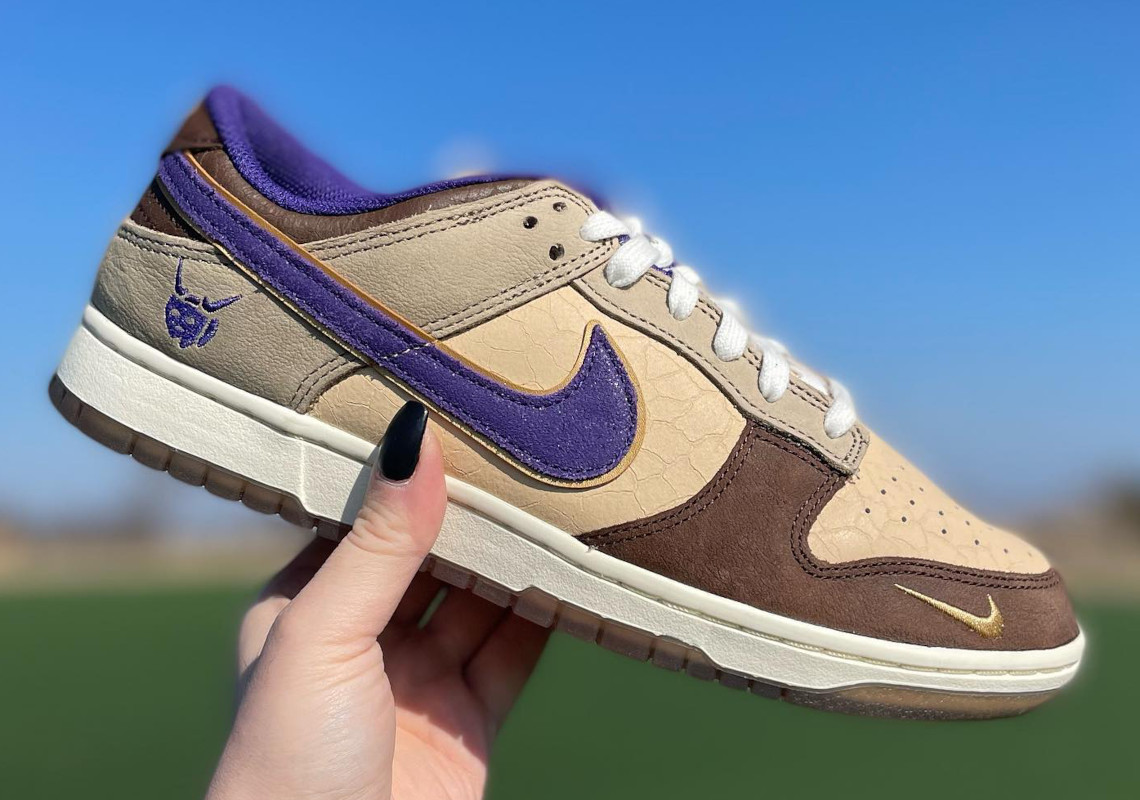 The Nike Dunk Low was recently introduced with a modified, women’s-exclusive design under the “Disrupt” banner, but that hasn’t stopped it from indulging in all-new coloorways atop its original layout from 1985. For its latest ensemble, Peter Moore’s iconic creation has seemingly borrowed the “Khaki/Viotech” color combination famously employed by atmos in 2003.

Suede and leather construction across the pair’s upper divvies up a number of earth tones, while profile swooshes, collar lining and a devilish icon on the lateral heel deviate in eye-catching purple. Akin to pervious releases from the Nike SB imprint, the upcoming sneakers indulge in an additionally miniature swoosh at the lateral forefoot, complementing the aforementioned horned-logo near the spine. Air Jordan 1-reminiscent sole units opt for a simple colorway that allows the upper’s arrangement to revel in the spotlight, though the tread makes a statement of its own via a semi-translucent finish. Lastly, East Asian-influenced artwork is printed onto both shoes’ sock-liners, suggesting the sneakers will launch exclusively overseas and/or are yet another tally in atmos’ storied list of collaborations with the Swoosh.

Enjoy an early-look at the shoes here below, and anticipate a Nike SNKRS launch in the coming months.

For more from the NIKE, Inc. family, check out the A Ma Maniere x Air Jordan 2 expected to arrive on April 29th.

UPDATE (01/21/2022):
While Nike hasn’t confirmed the inspiration behind the newly-surfaced Dunk Low, the pair has emerged ahead of Japan’s Setsubun Festival, which begins on February 3rd. According to traditional Japanese beliefs, demonic creatures appear with the changing of the seasons. To fend them off, people throw dry soybeans at them while yellowing, “鬼は外、 福は内!,” which translates into “Demon out, fortune inside” in English. 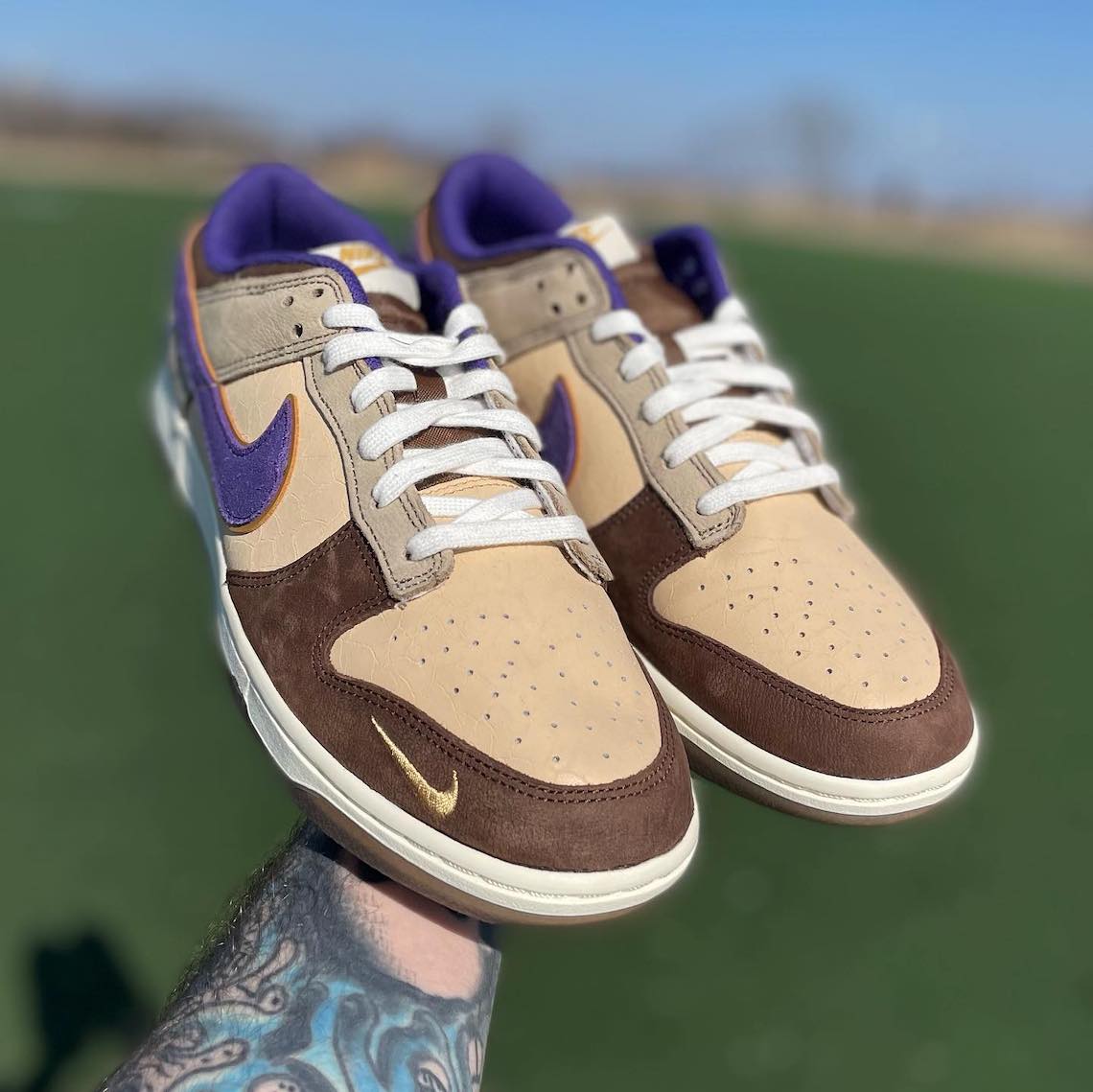 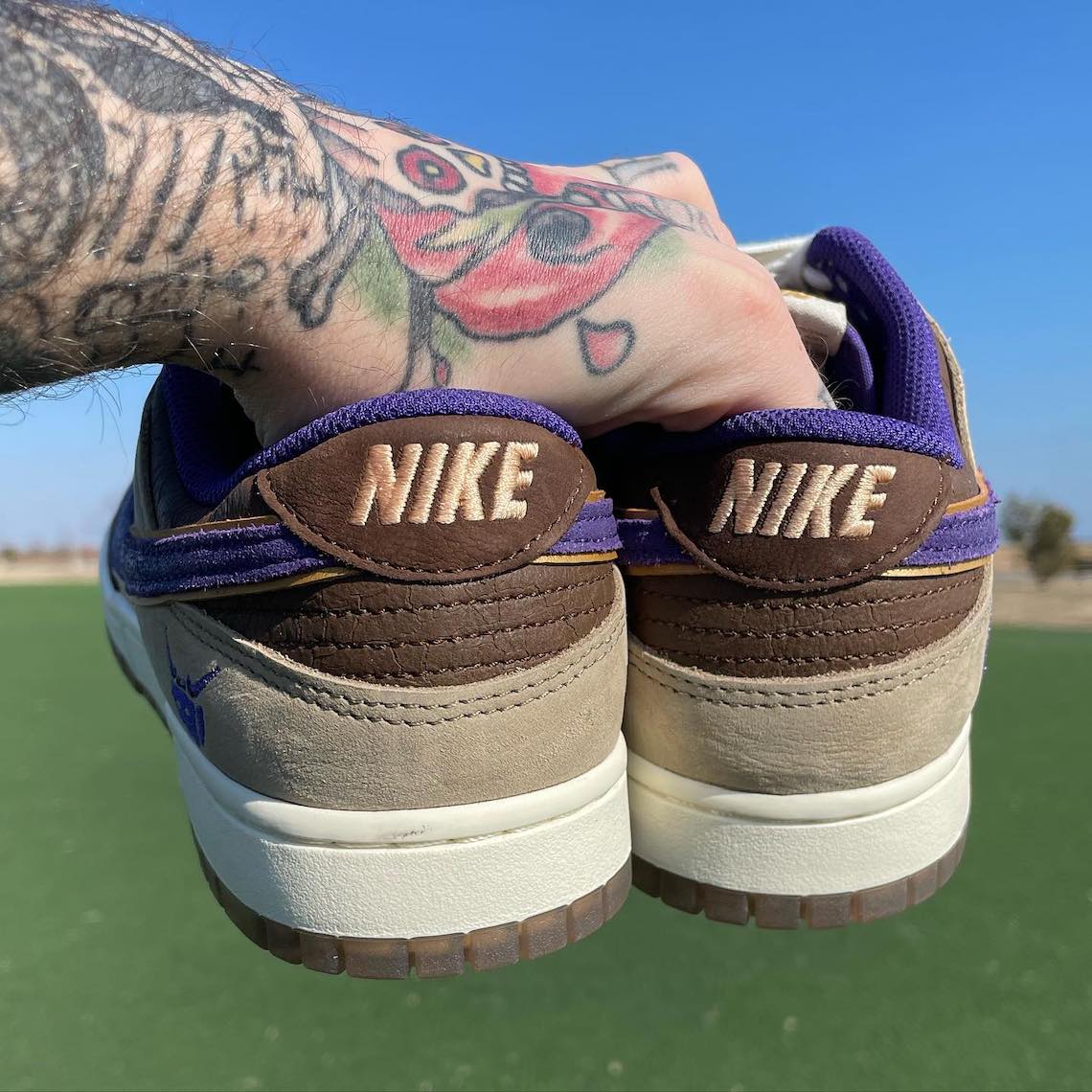 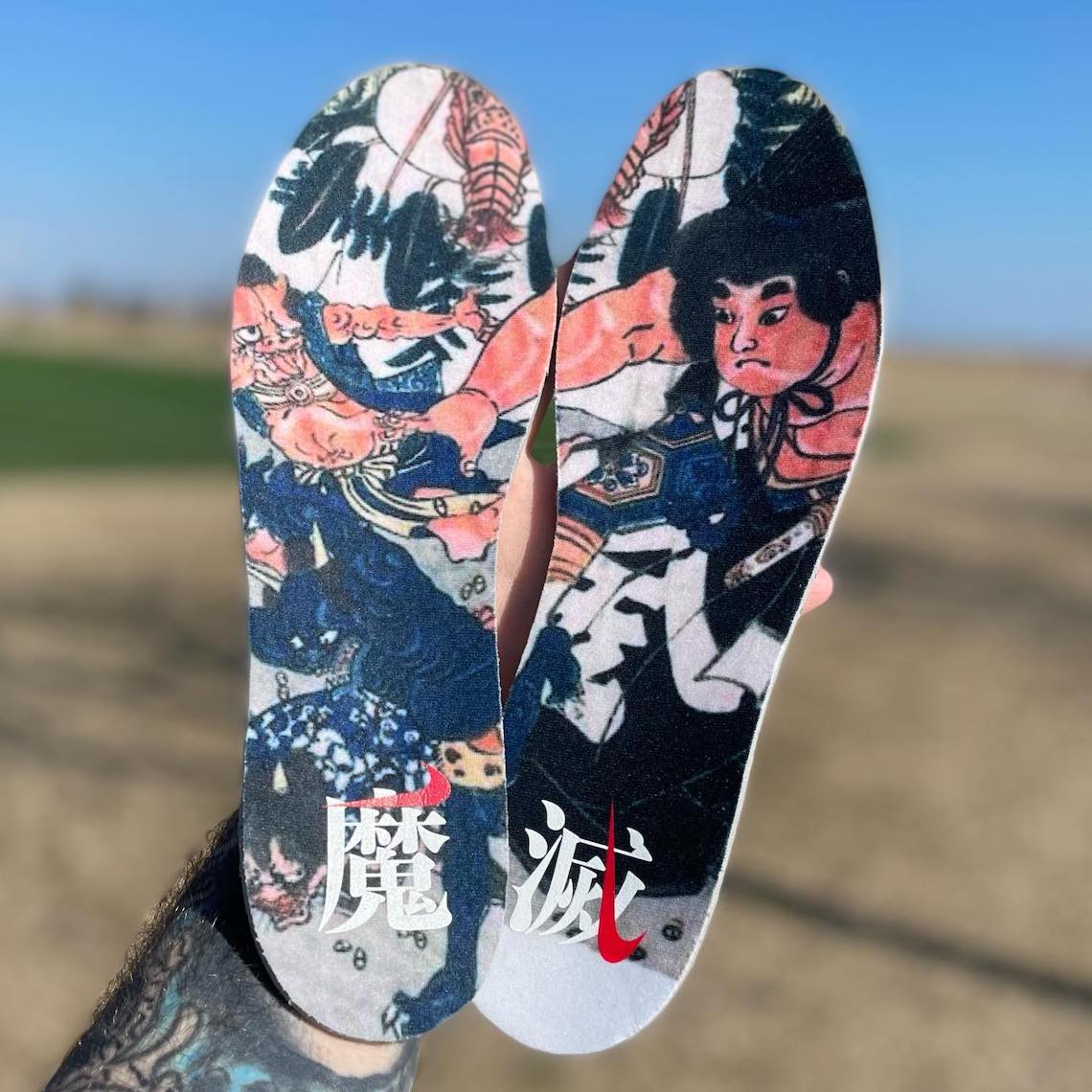 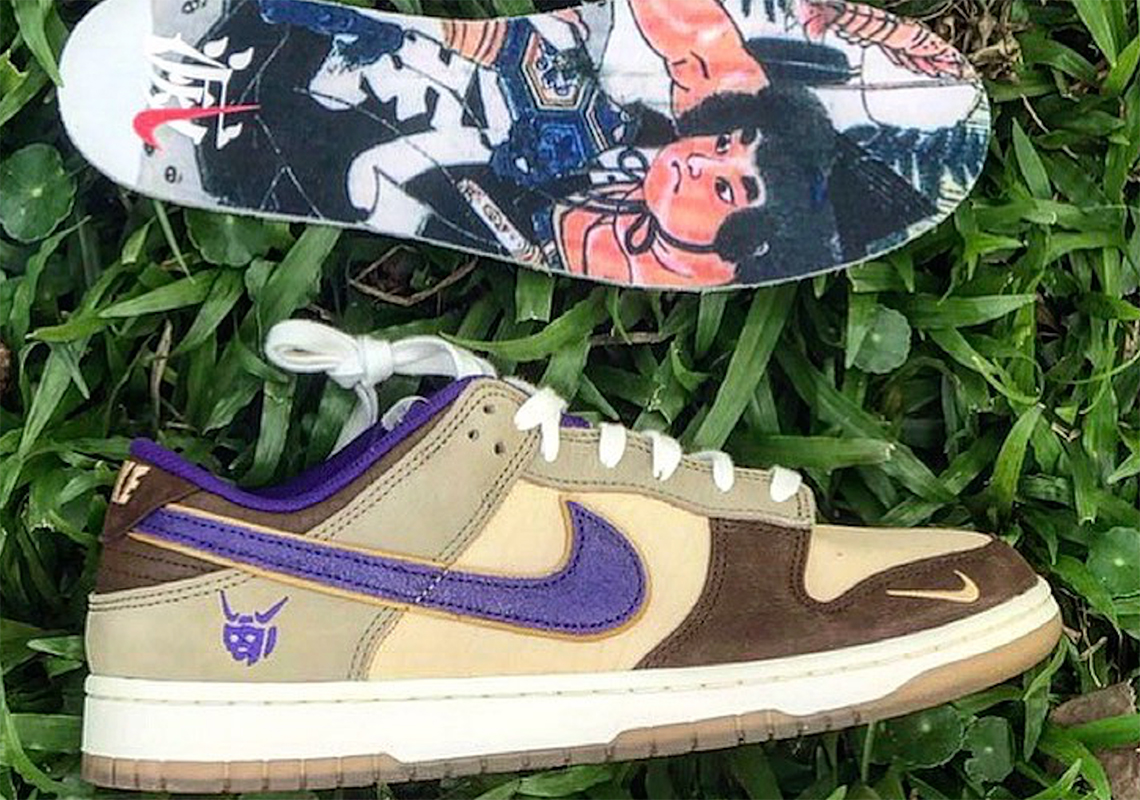 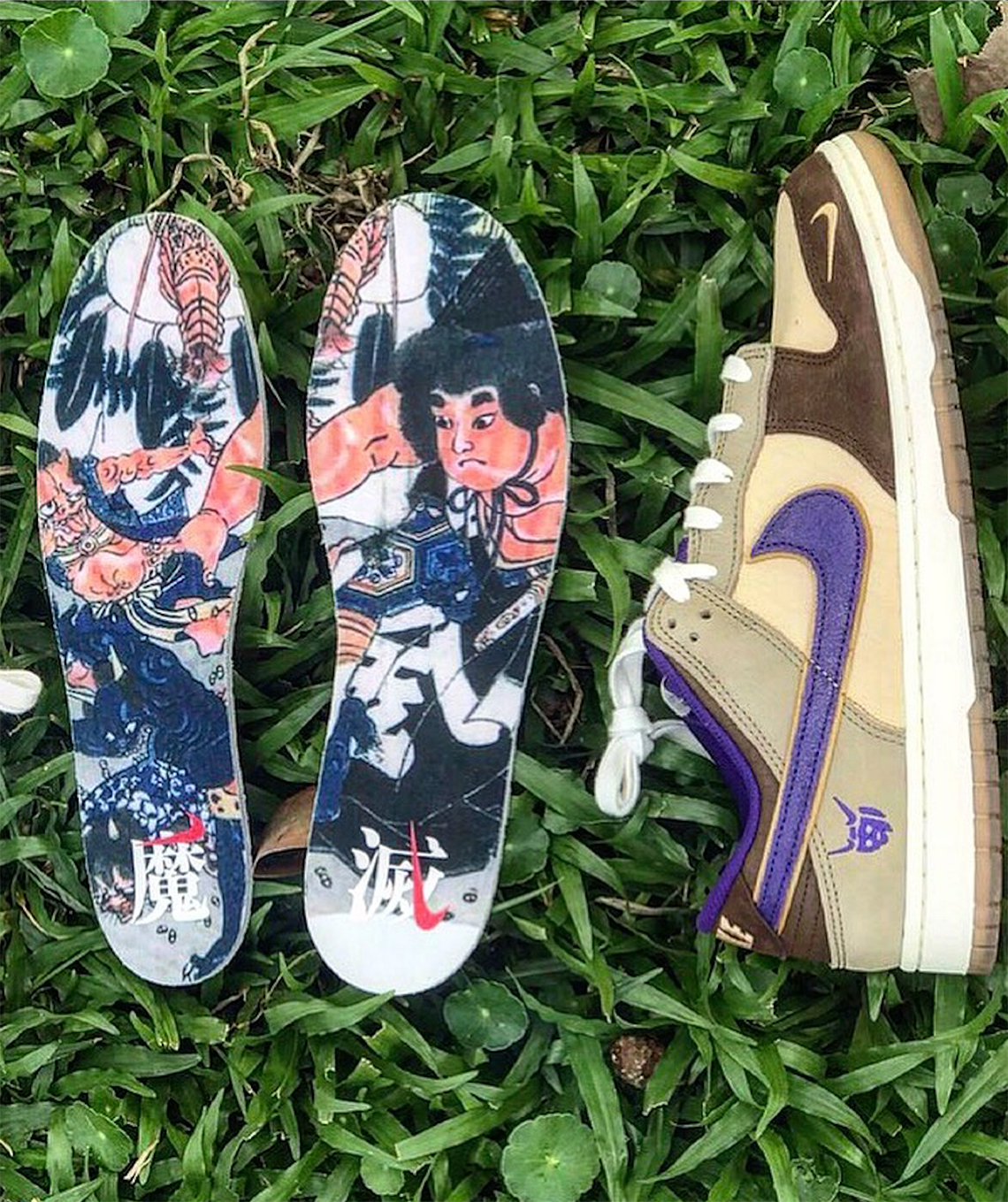