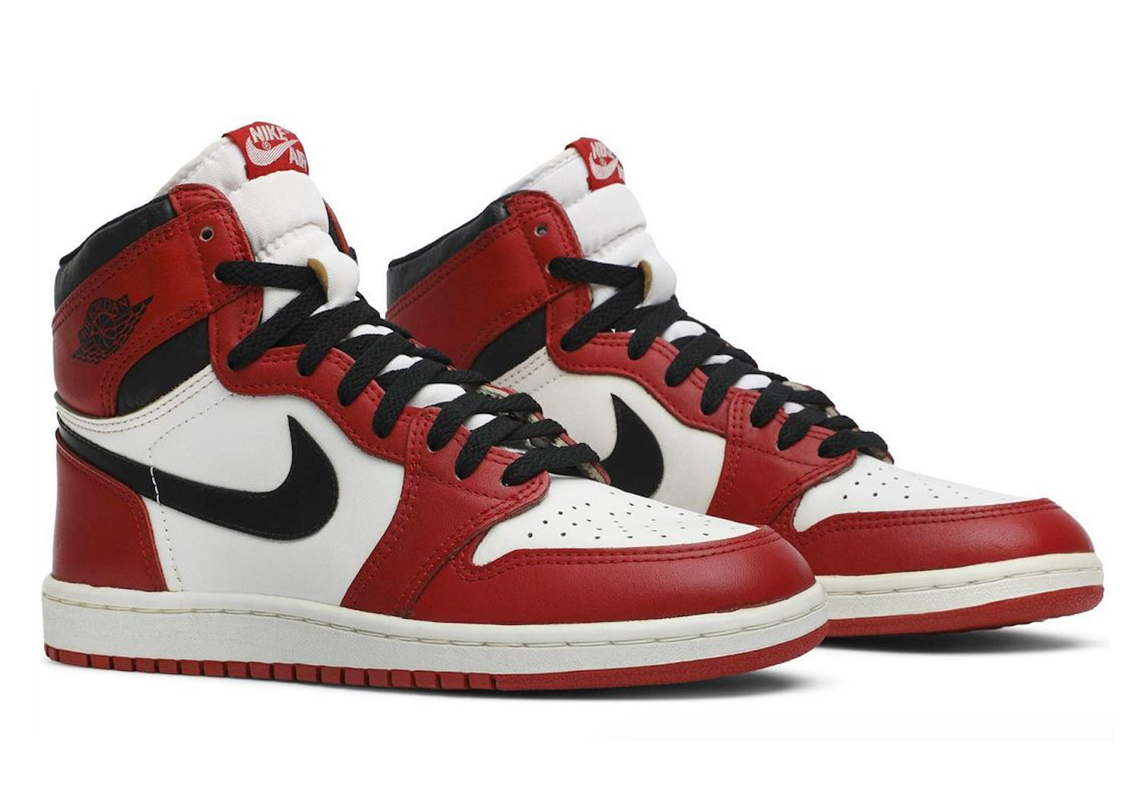 High on every sneakerhead’s most-wanted list is the return of the original “Chicago” iteration of the Air Jordan 1. Rumors have been flying around that Jordan Brand would revisit the colorway on the newer Air Jordan 1 Hi ’85 silhouette, the brand’s most exacting attempt at re-creating the original AJ1 mold. While that has yet to be confirmed, we’ve recently learned of something just as enticing that would do the timeless classic justice.

Sources close to Sneaker News have provided information that an Air Jordan 1 with the same “Chicago” colorway would be releasing in late 2022 with “vintage hits” and a shape similar the original and/or the Hi ’85. This aged treatment could likely come in the form of distressed and worn-in leathers, pre-yellowed soles, and other adjustments to give the sneaker a decades old feel. Similar information has just been confirmed by noted Jordan info source @zsneakerheadz and sneakerfiles.

The photo pictured here is that of an original pair from 1985, so a first look at the shoes has not yet been confirmed. Stay tuned for updates, because this will likely be the most talked-about Air Jordan release of 2022.

A release date has been confirmed for October 29th, 2022.