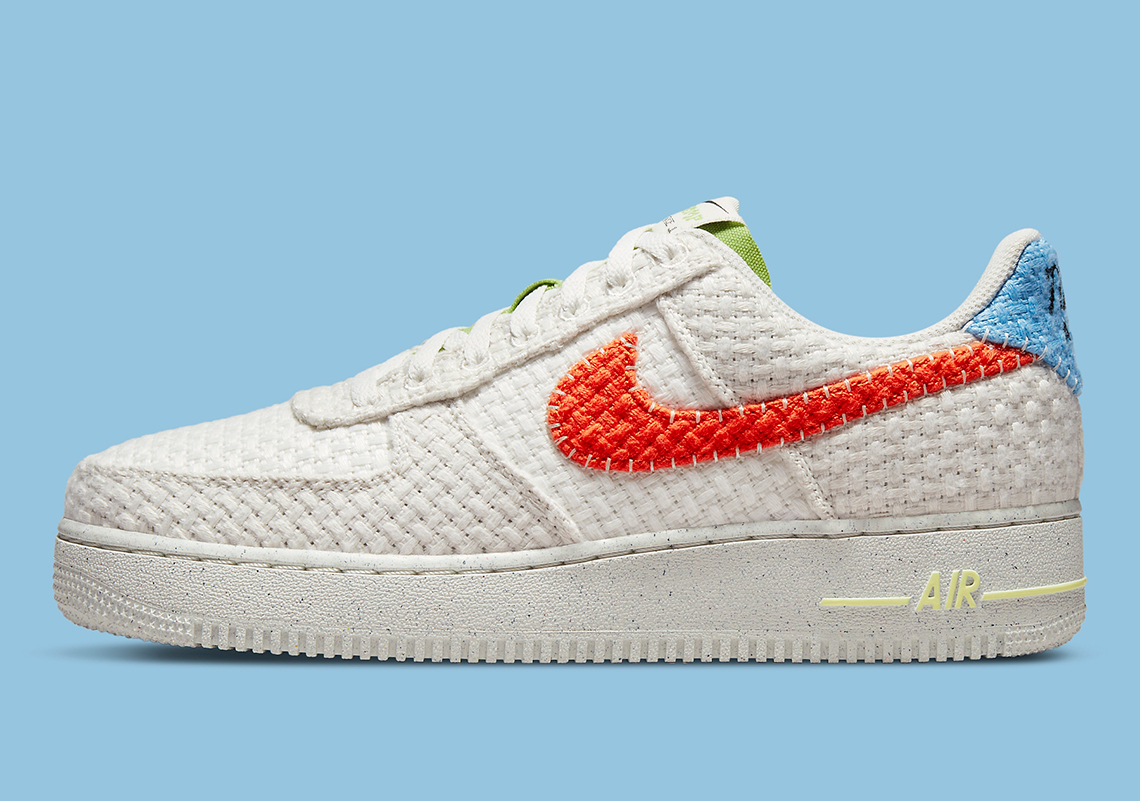 As they’re clearly occupied with Air Max Day, Nike has yet to commence the Air Force 1‘s 40th Anniversary. That, however, hasn’t stopped the brand from revealing their commemorative offerings, which will include collaborations with Stussy, Civilist Berlin, and likely Drake. Plenty of GRs, too, are on the way, and even more — like this hemp-constructed colorway — are surfacing every day.

Unlike how we’re used to seeing it, the silhouette deceptively appears handmade. The upper is woven in a thick, white thread, wrapping everything from the to the heel. Even the Swoosh and heel tab are built similarly, though they opt for a vibrant orange and blue coloring, respectively. Elsewhere, the tongue, in its neon green finish, is far more standard, while the sole below is part-recycled, evidenced by its subtle speckling.

Finished with the circular design logo, the Air Force 1 “Hemp” should be releasing very soon via Nike.com and select retailers. A date, though, is still TBD, though we should learn more very soon.

In other news, have you seen the Air Jordan 5 Concord? 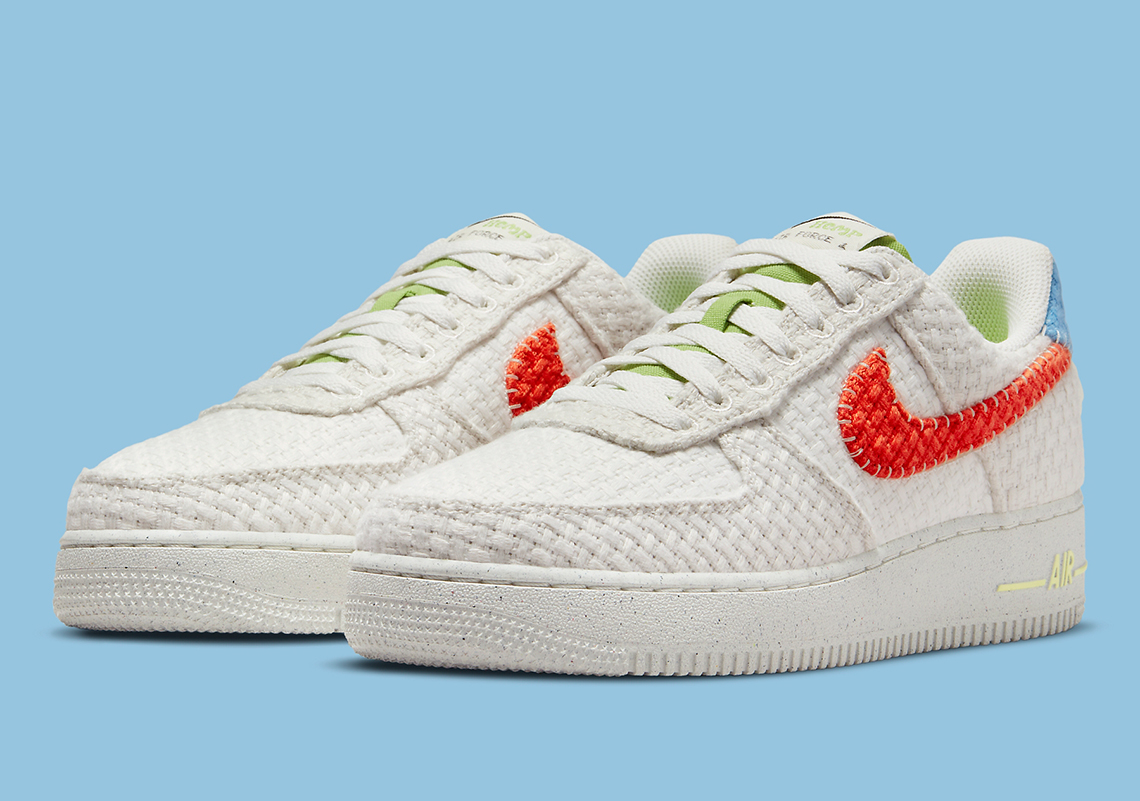 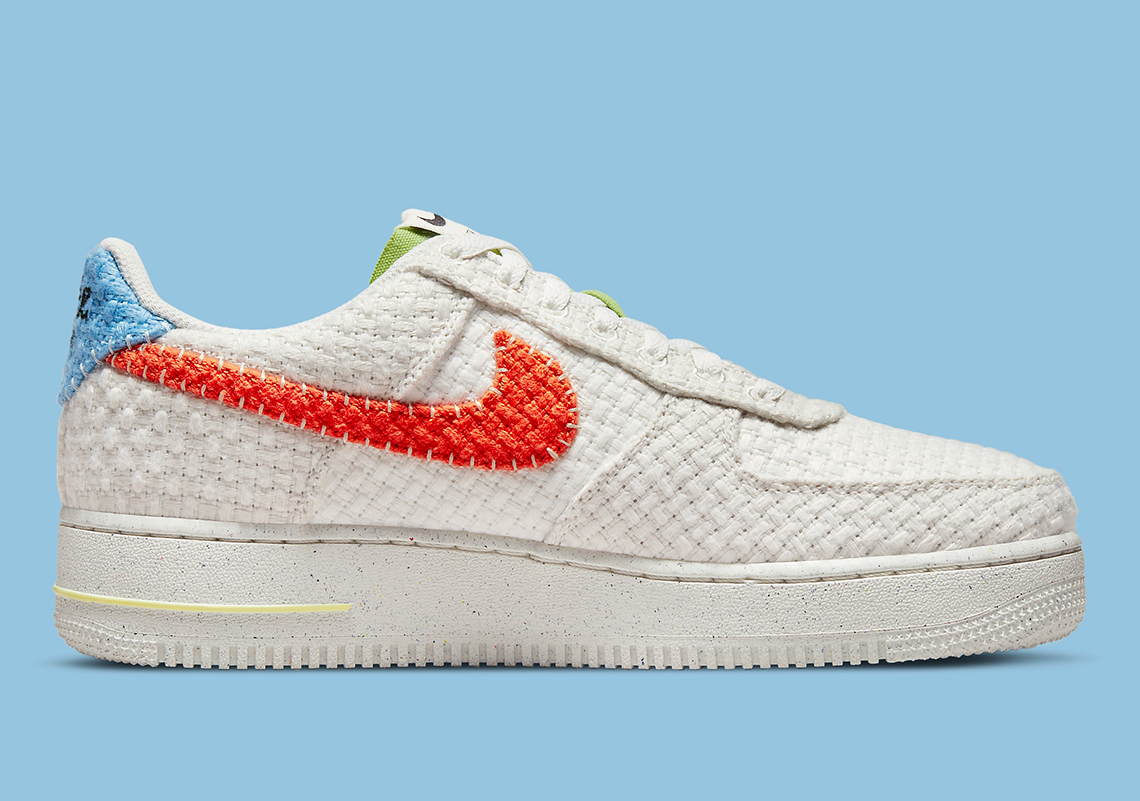 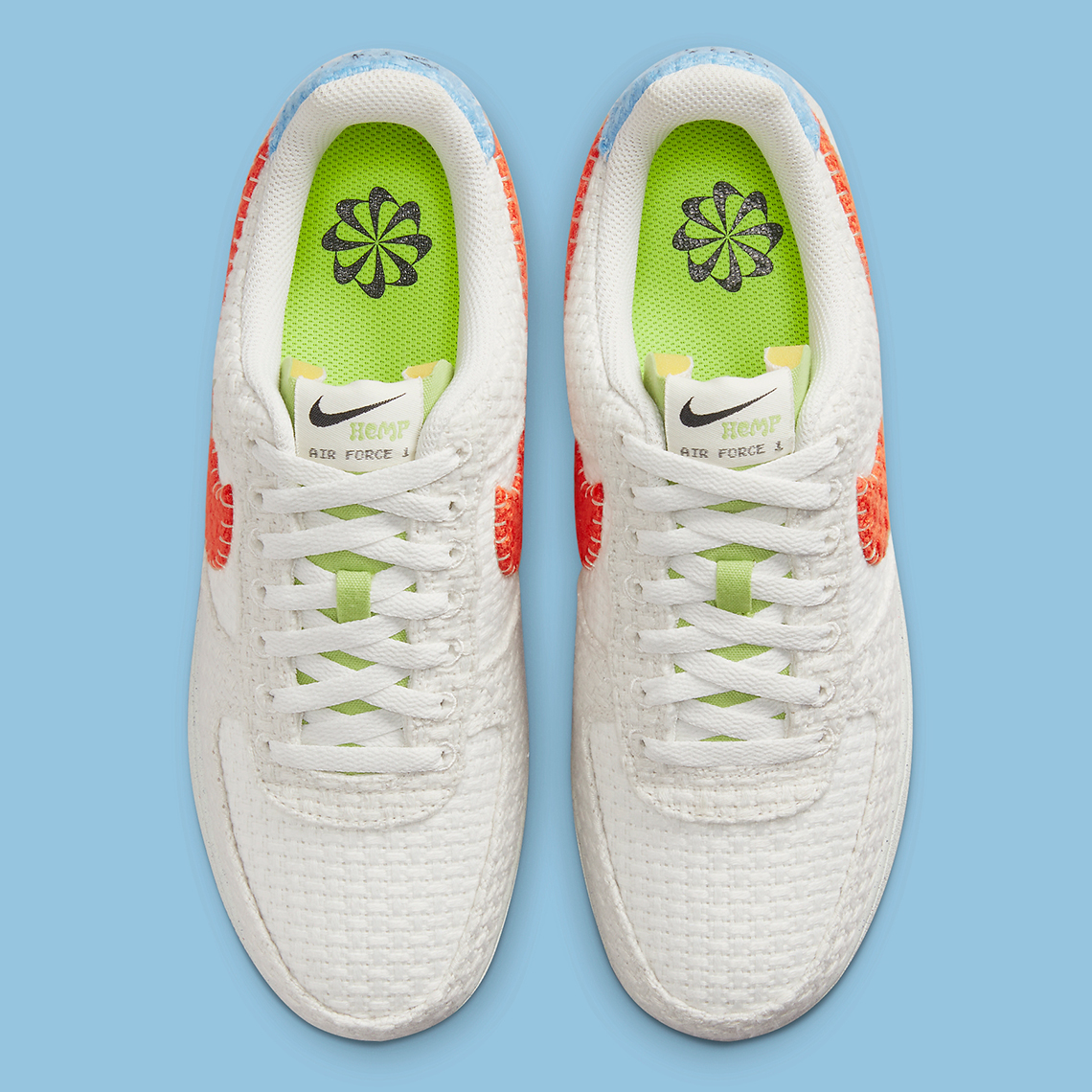 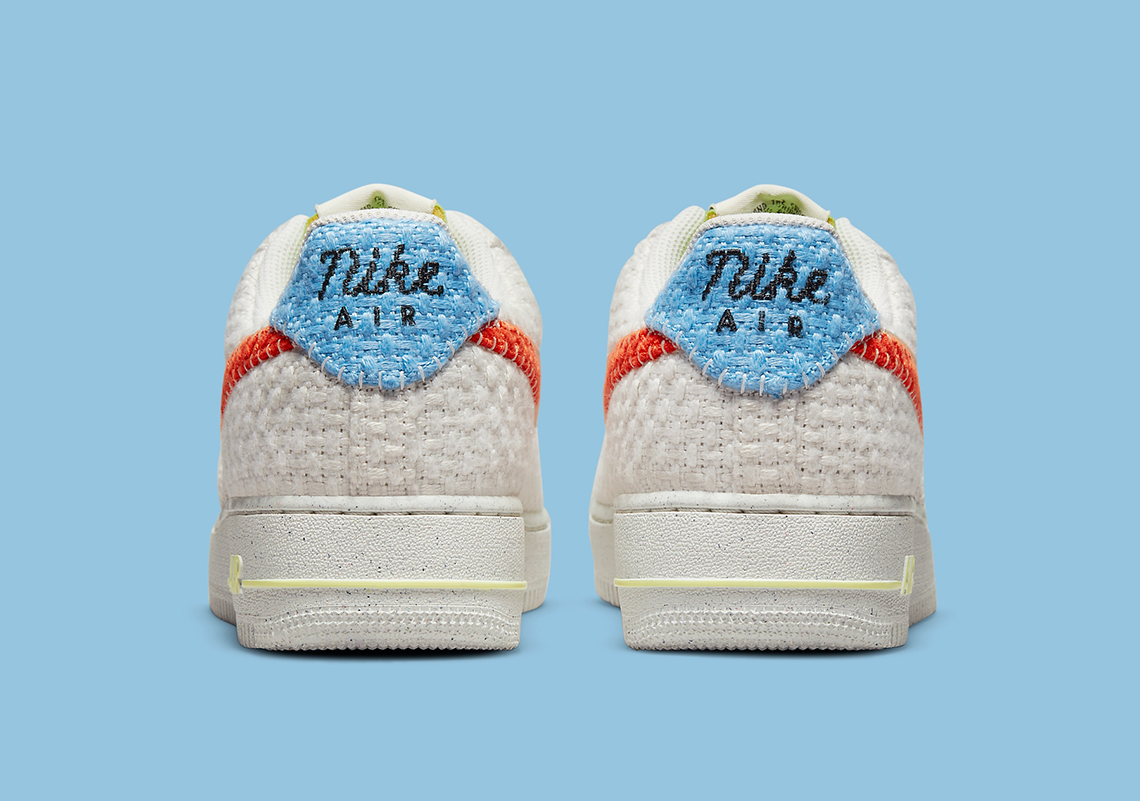 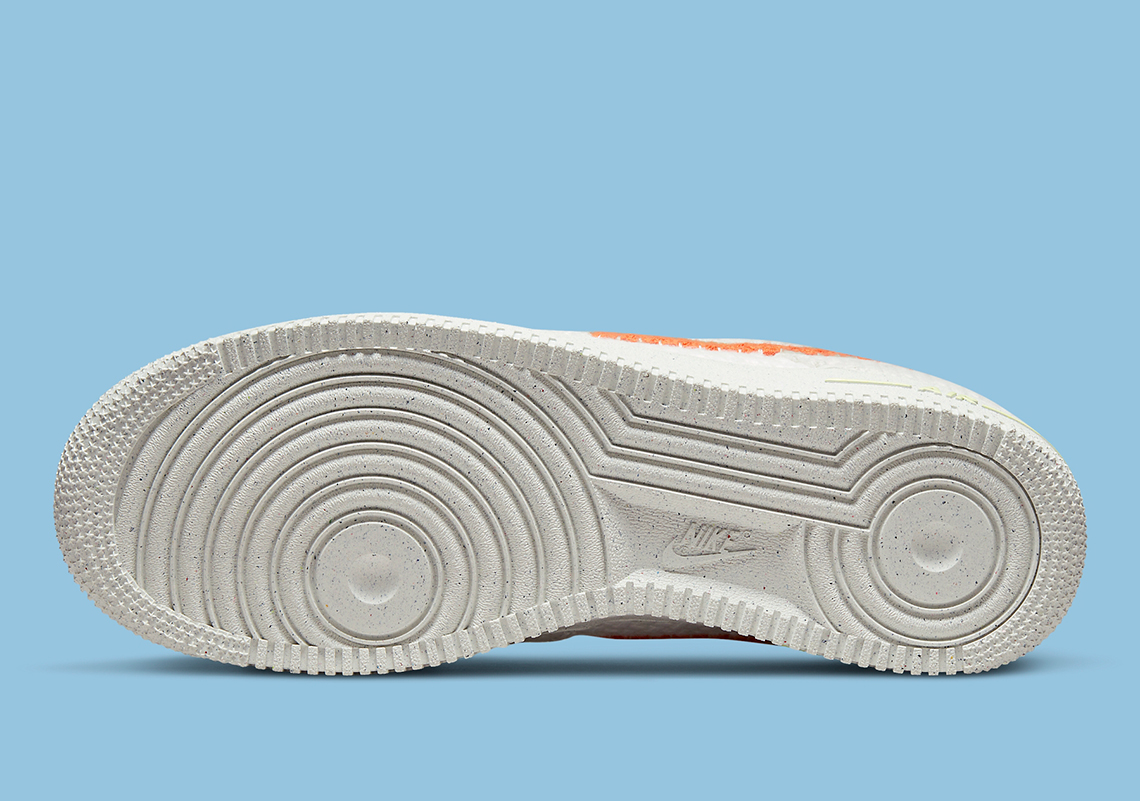 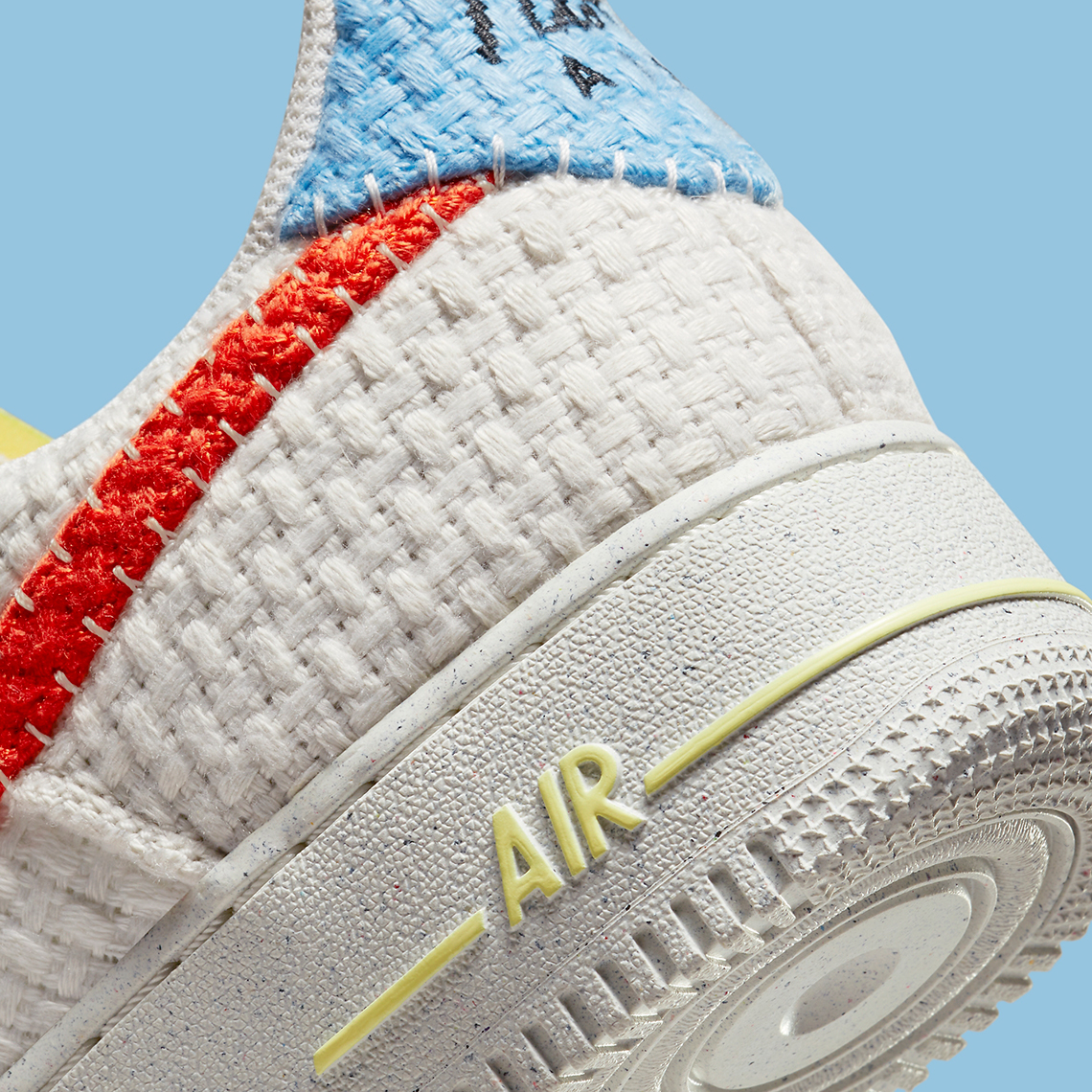 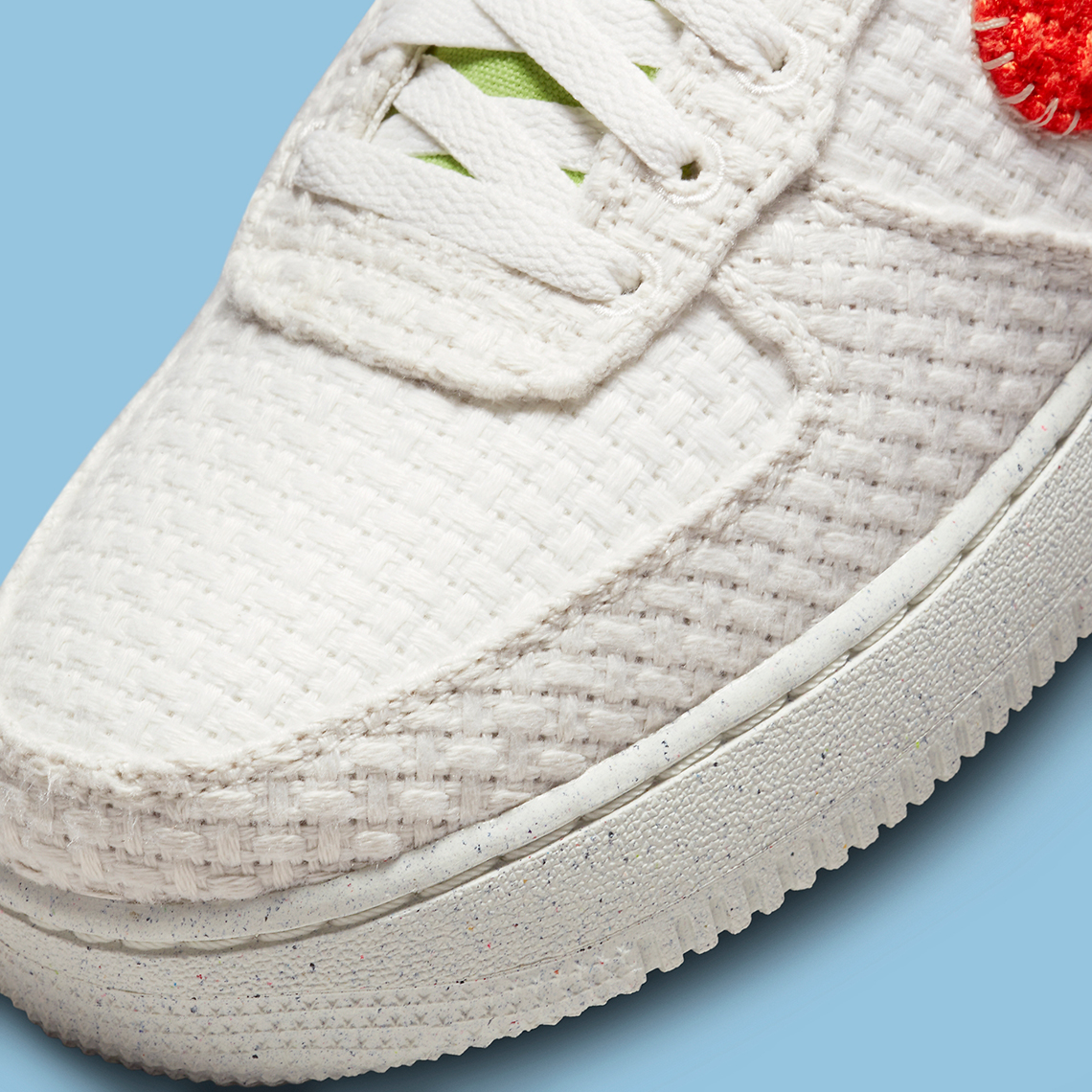