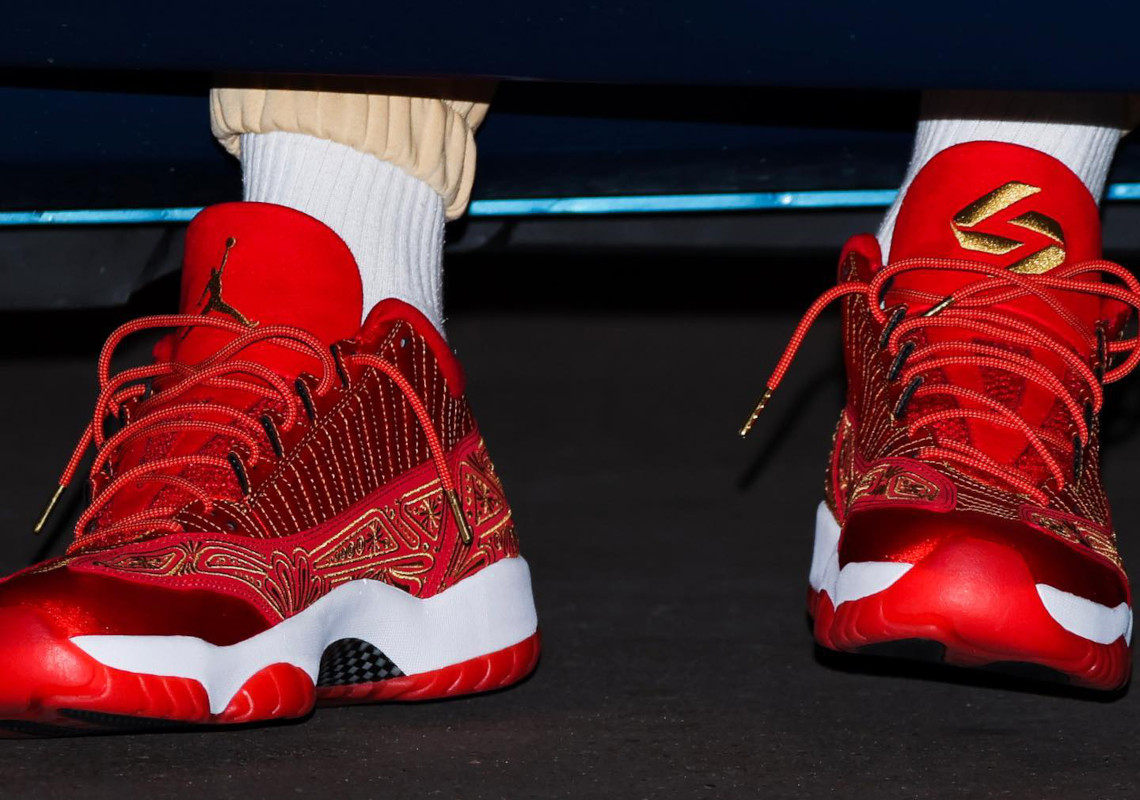 Although word of the Jordan Luka 1, the 23-year-old’s first official signature sneaker, releasing by the end of 2022 suggests Dončić is of high-priority for NIKE, Inc., Dončić having his own logo replace the Jumpman on a model Michael Jordan wore back in the 1990s is arguably of more significance. The Mavericks guard didn’t waste the opportunity either, reimagining Tinker Hatfield’s iconic design in a rich red and gold color combination: most of the Air Jordan 11-variant’s upper is clad in the former tone, as well as satin-like material. Ornate detailing covers the panel wedged between the reinforcement at the toe and ribbed construction underneath the tongue, indulging in stark metallic gold flair. Sole units resemble the Air Jordan‘s fan-favorite “Bred” colorway, while left shoes don Luka Dončić’s “LD” logo covered in the same finish that takes over the aforementioned regal detailing.

While the P.E. is likely never to hit Nike SNKRS, it wouldn’t be unlike Jordan Brand to release some variant of Dončić’s Jordan 11 Low IE at some point. In any case, enjoy images of the shoes ahead, courtesy of the Dallas Mavs’ Instagram account.

For more from under the NIKE, Inc. umbrella, check out all upcoming Nike Dunk styles as you wait. 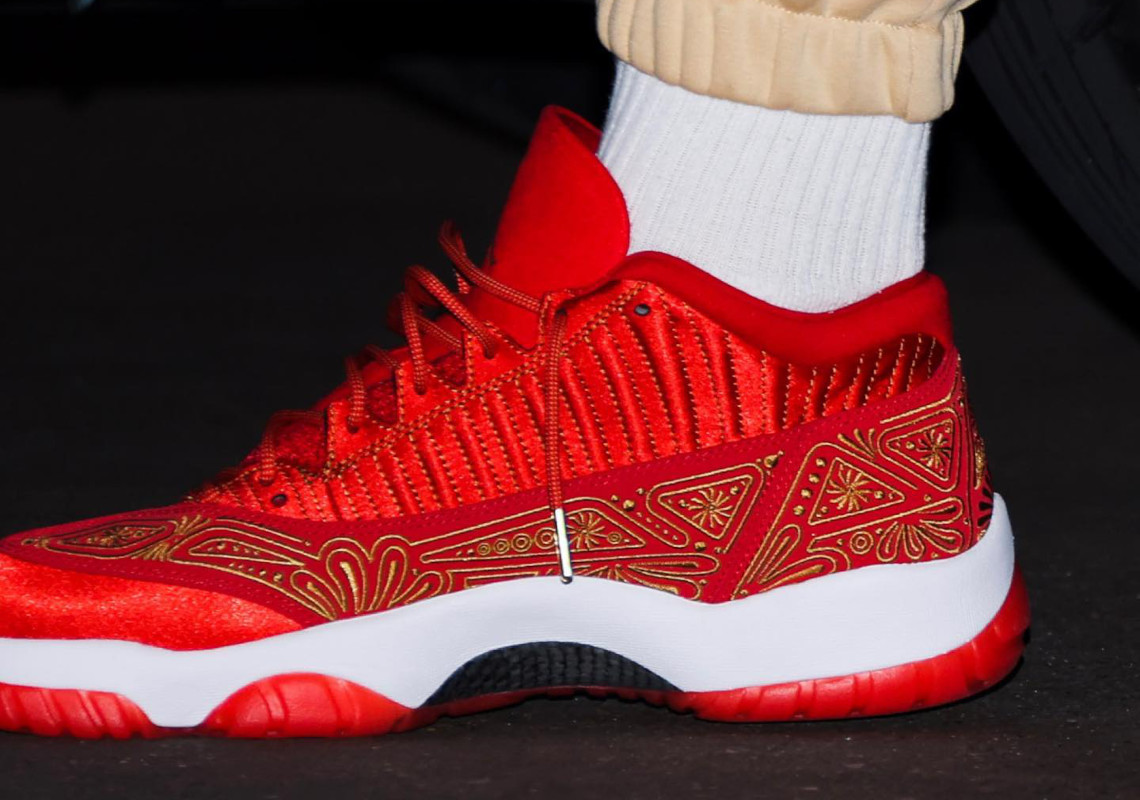 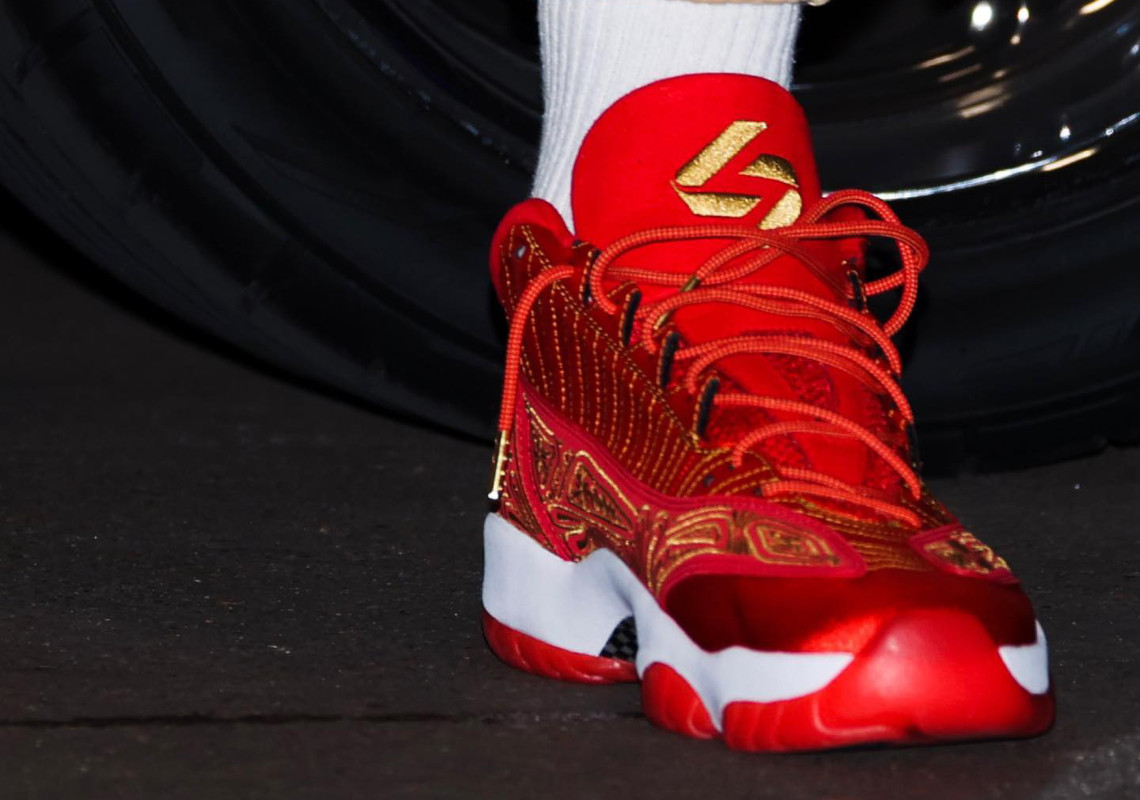