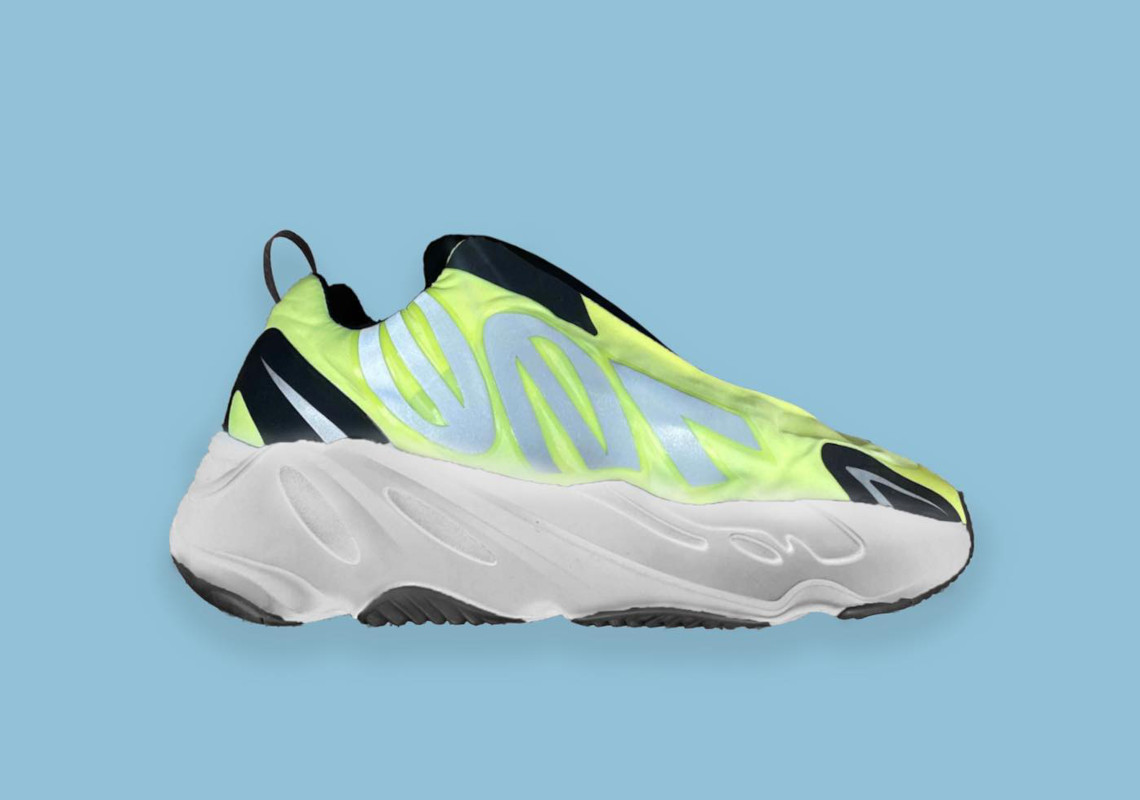 adidas Yeezy has consistently reminded consumers and industry colleagues alike that it’s always working. In addition to handfuls of restocks, the Ye-led brand has been modifying several popular silhouettes for functional and aesthetic purposes.

Recently, news surfaced that the adidas-backed team will introduce a laceless version of the Yeezy Boost 700 MNVN in June. Presumably a kid-exclusive style, the design is anticipated to debut in an eye-catching “Phosphor” colorway that has already graced the sporty Yeezy design. The neon green tone is accompanied by black and silver accents throughout the upper, with laces seemingly being swapped with elastic bands akin to other kids’ sneakers on the market. Reflective “007” text reprises its role at the profiles, while Yeezy 700 sole units forgo their all-black arrangement in favor of a greyscale makeup. Future laceless Yeezys may also don updated midsole and tread components in order to further differentiate them from their laced counterparts.

Enjoy an early look at what the pair is expected to look like ahead, courtesy of Instagram user @dondasplace. The shoe should hit Yeezy Supply sometime in June, though it may not drop in adult sizing.

For more from under the Three Stripes umbrella, check out the blue Bad Bunny Forum Low rumored to drop soon.