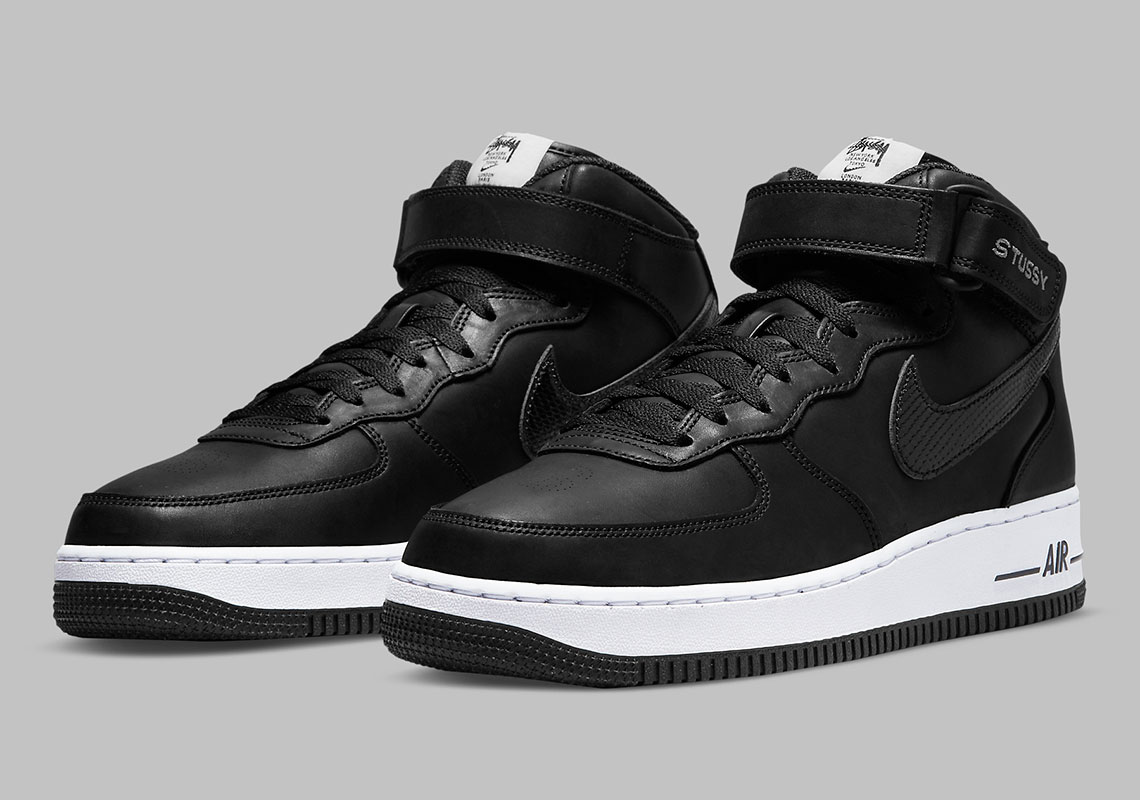 To celebrate the Air Force 1‘s 40th Anniversary, Nike commissioned Stussy for three collaborative, mid-top colorways: “Black,” “Black/Light Bone,” and “Fossil.” And if you missed out on last week’s release — which very quickly went out of stock — you’ll have another opportunity to purchase later this week.

Only two of the three colorways are expected to make a return, however. The “Black” is slated for a much more limited roll out, as it’s yet to and likely won’t appear on Nike SNKRS.

Relative to its two counterparts, the “Black” colorway is simpler in most regards yet bolder in one: the Swoosh. The logo replaces the standard smooth leather with a snakeskin-like texture, distinguishing itself despite the shared addition of Stussy-themed embroideries, metallic emblems, and perforations.

On May 19th, these will only hit a select set of retailers. Some raffles are currently open now, so keep an eye out on the store list below as we’ll be adding updates throughout the week. 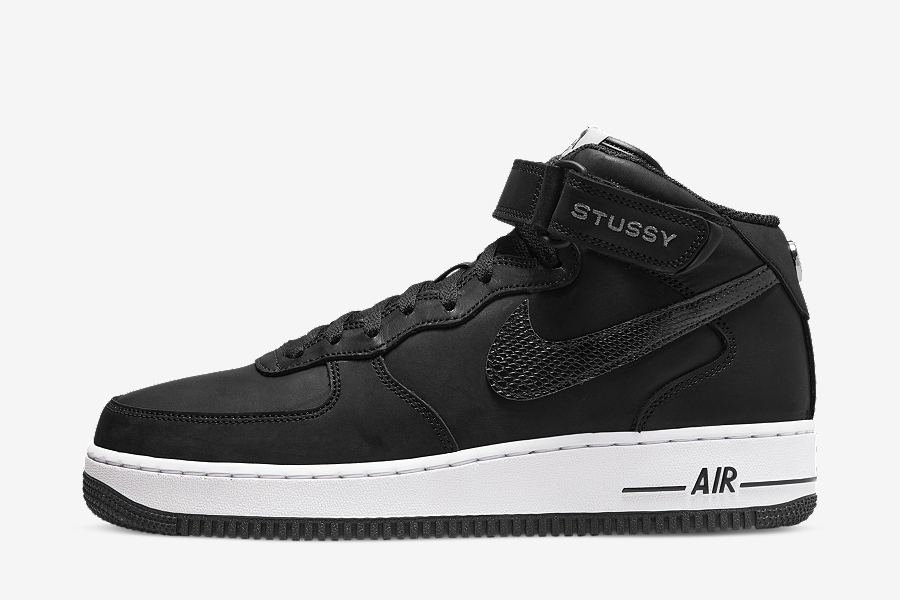 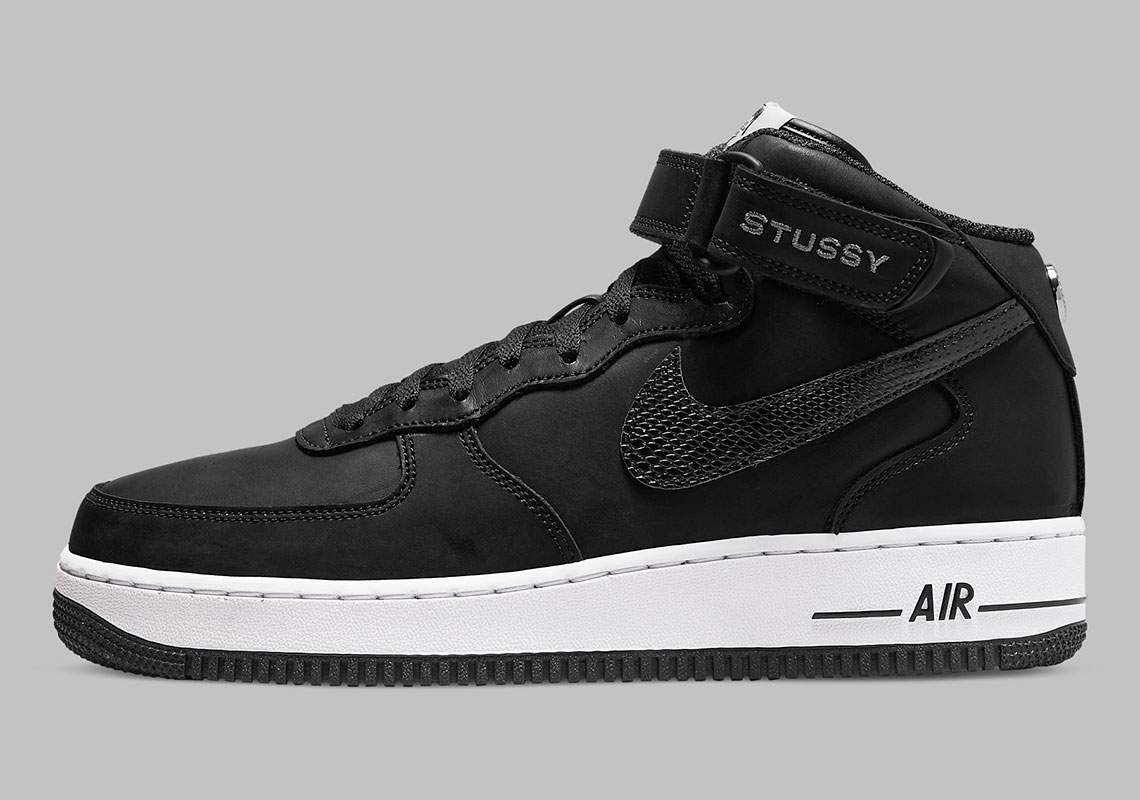 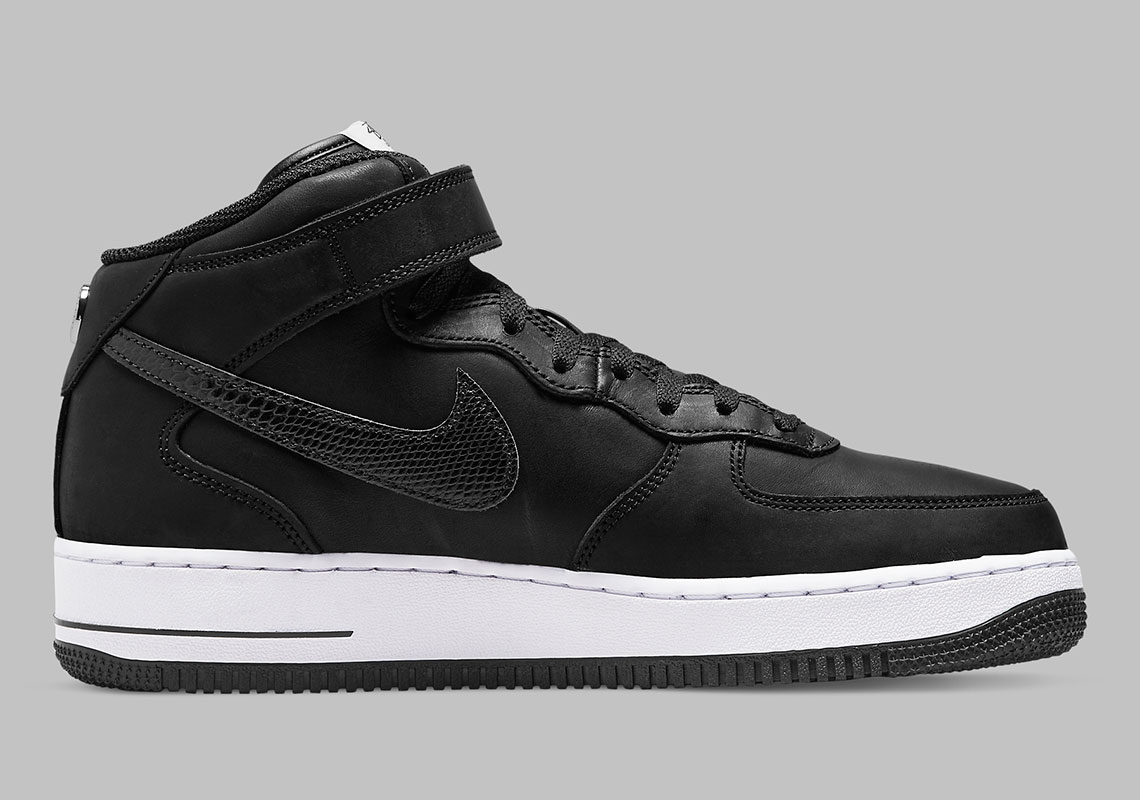 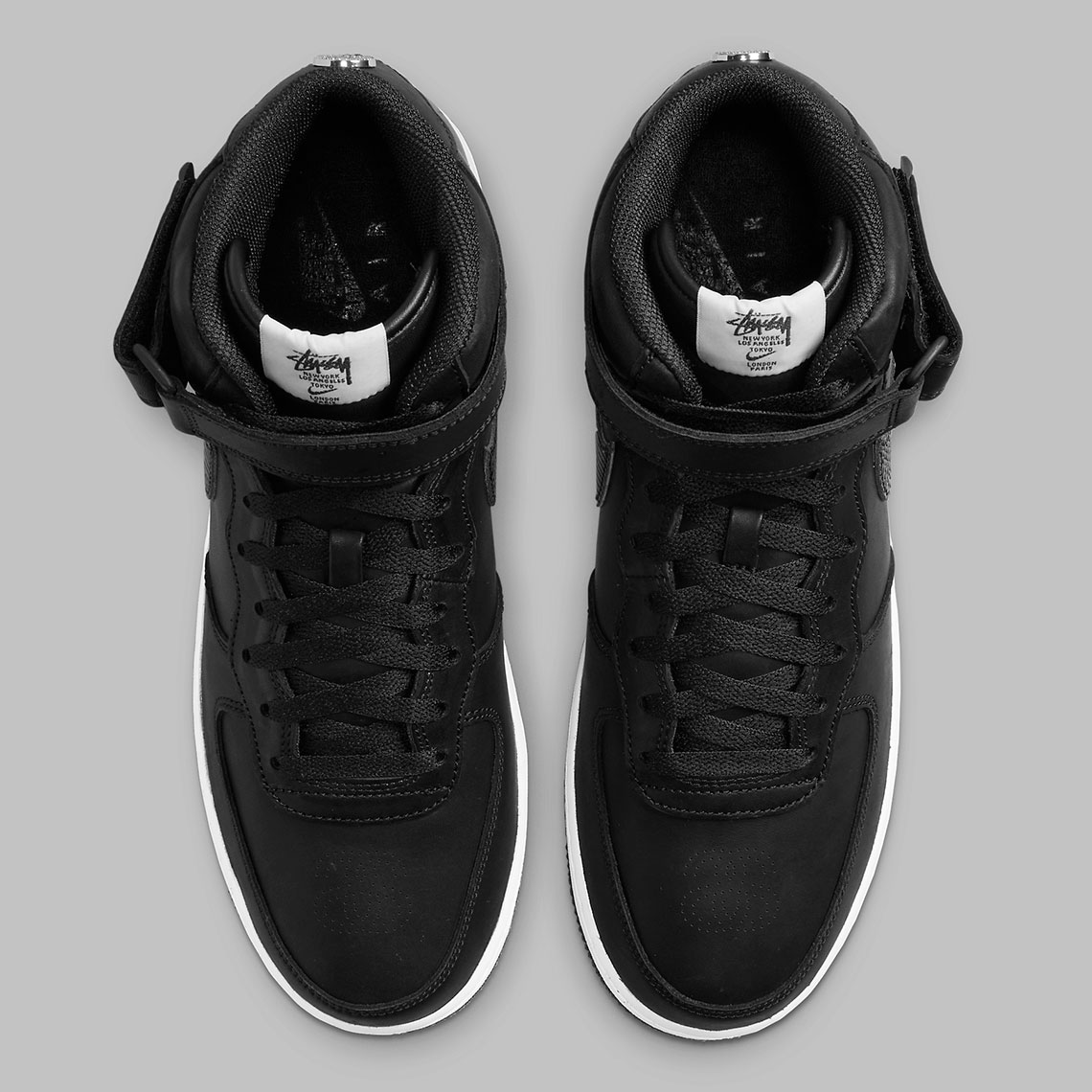 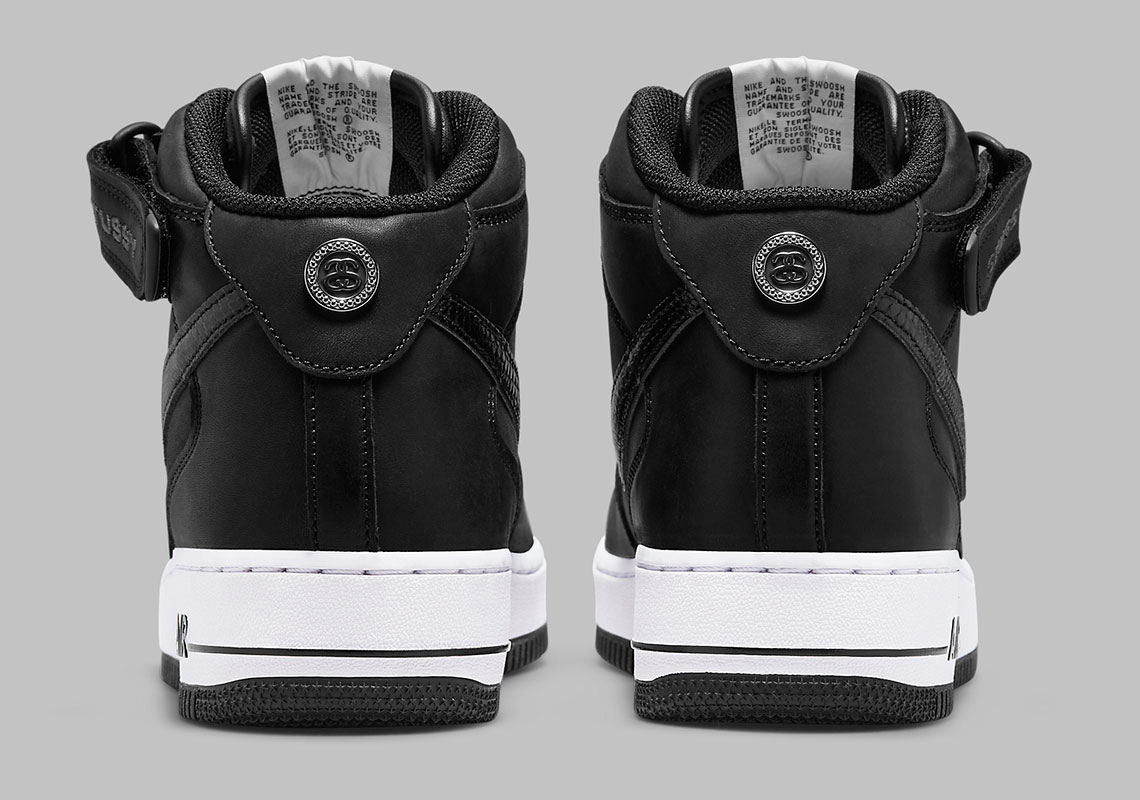 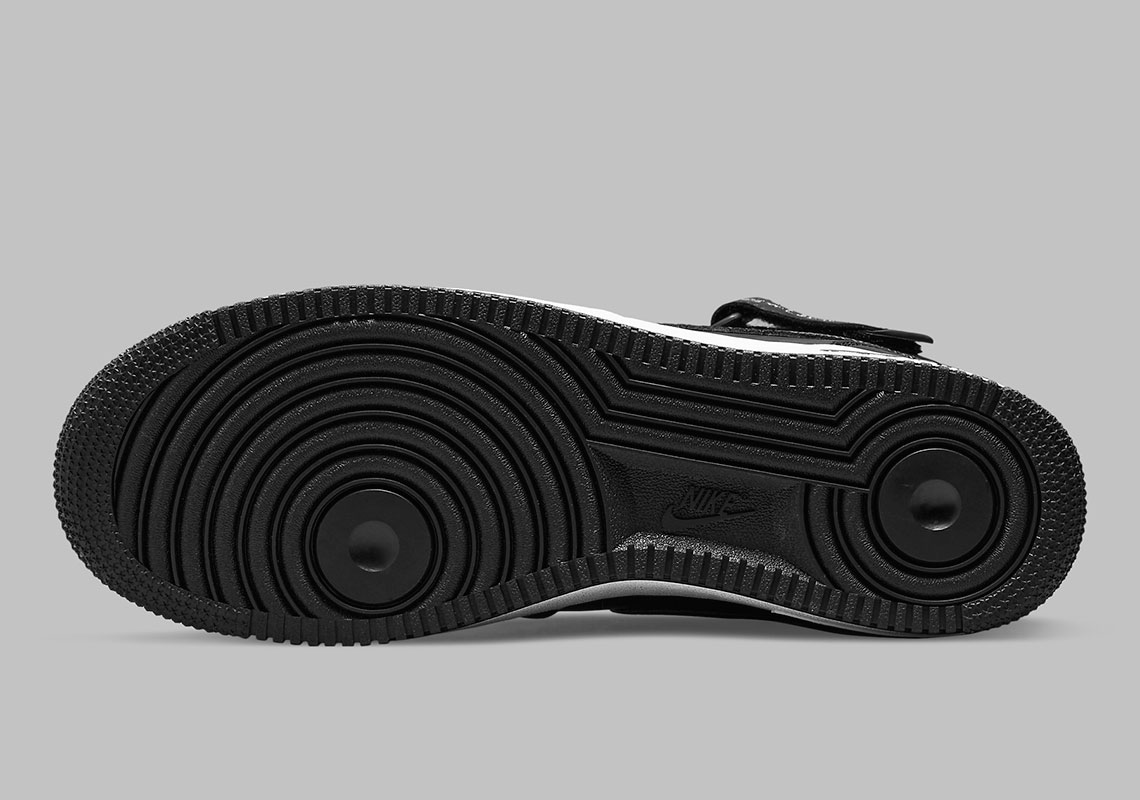 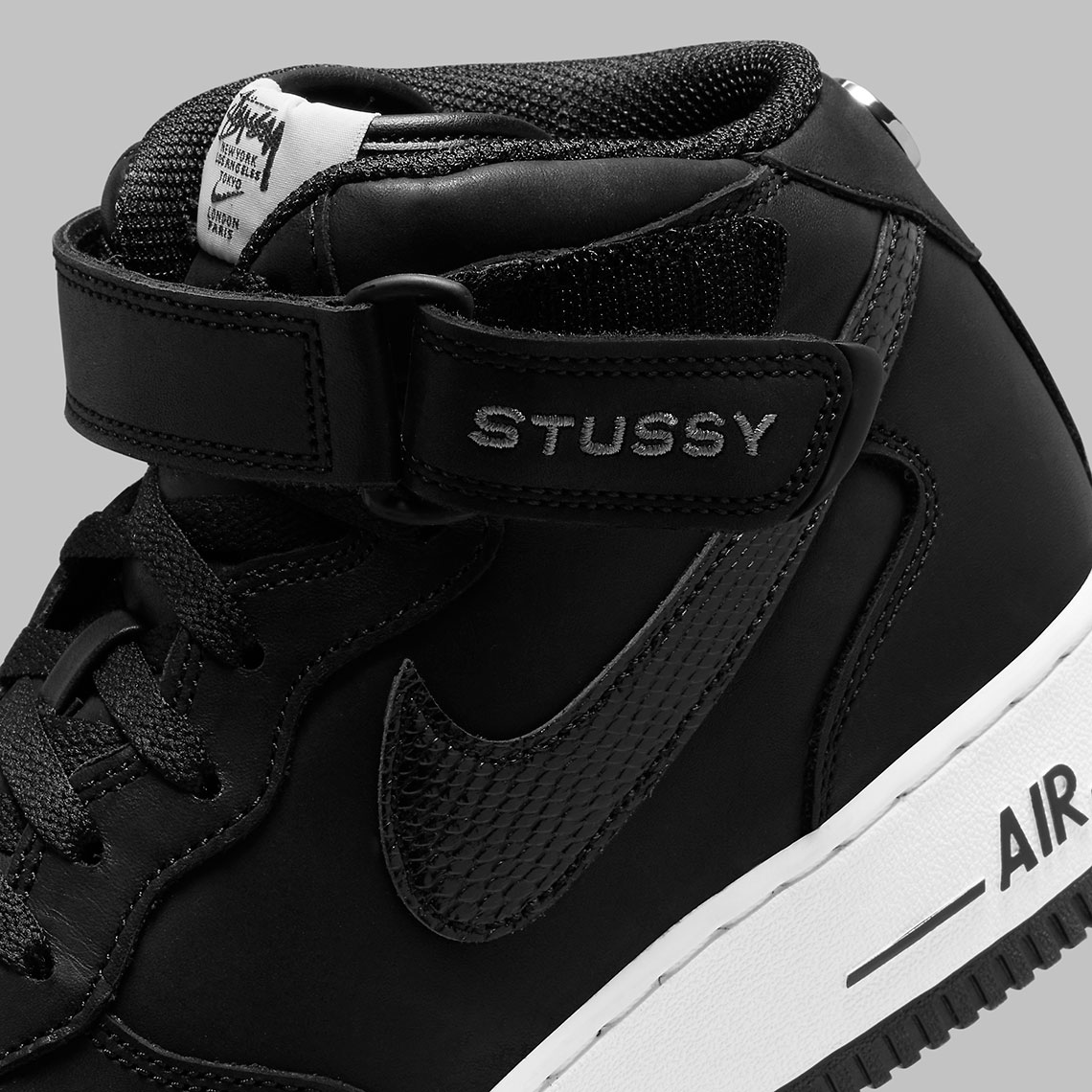 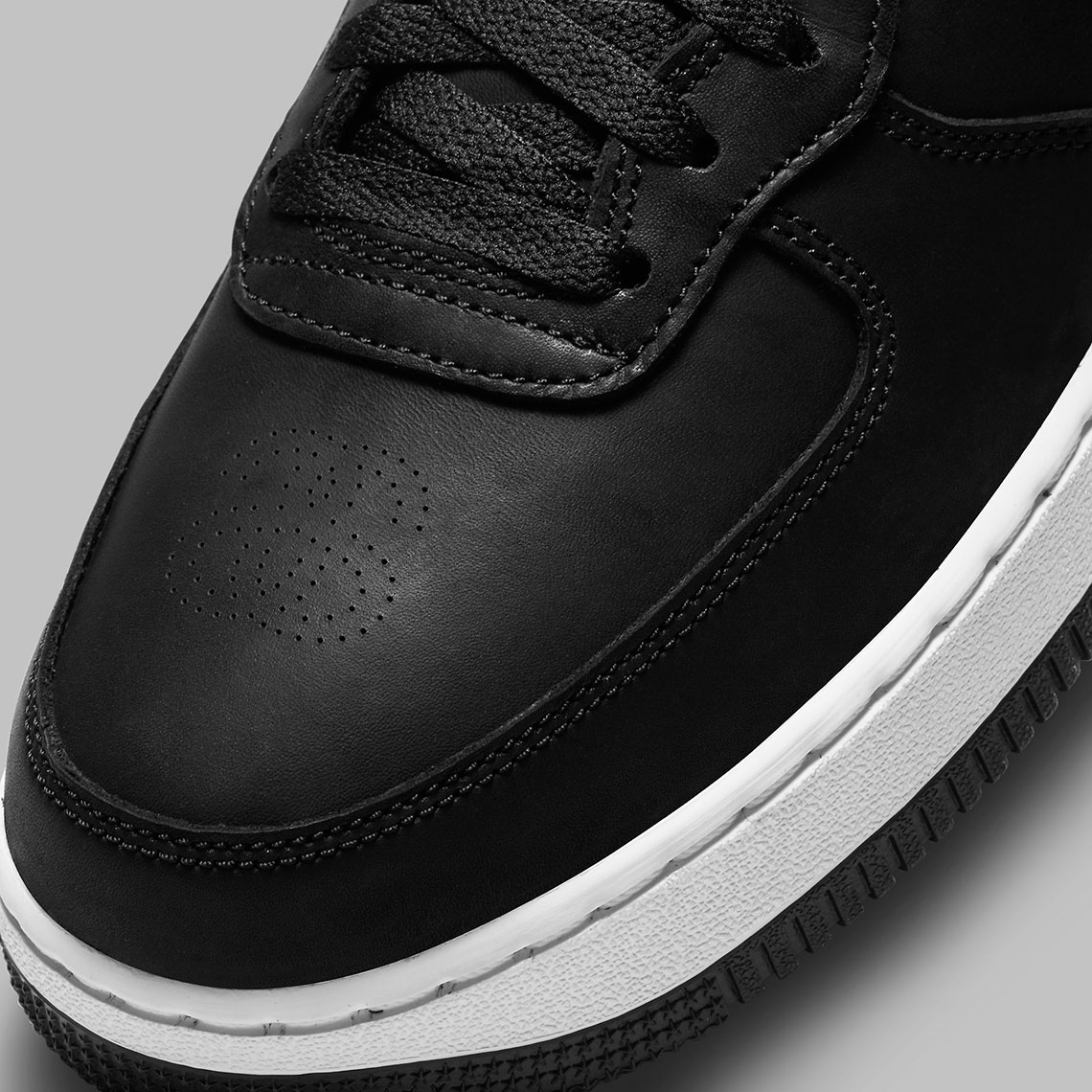 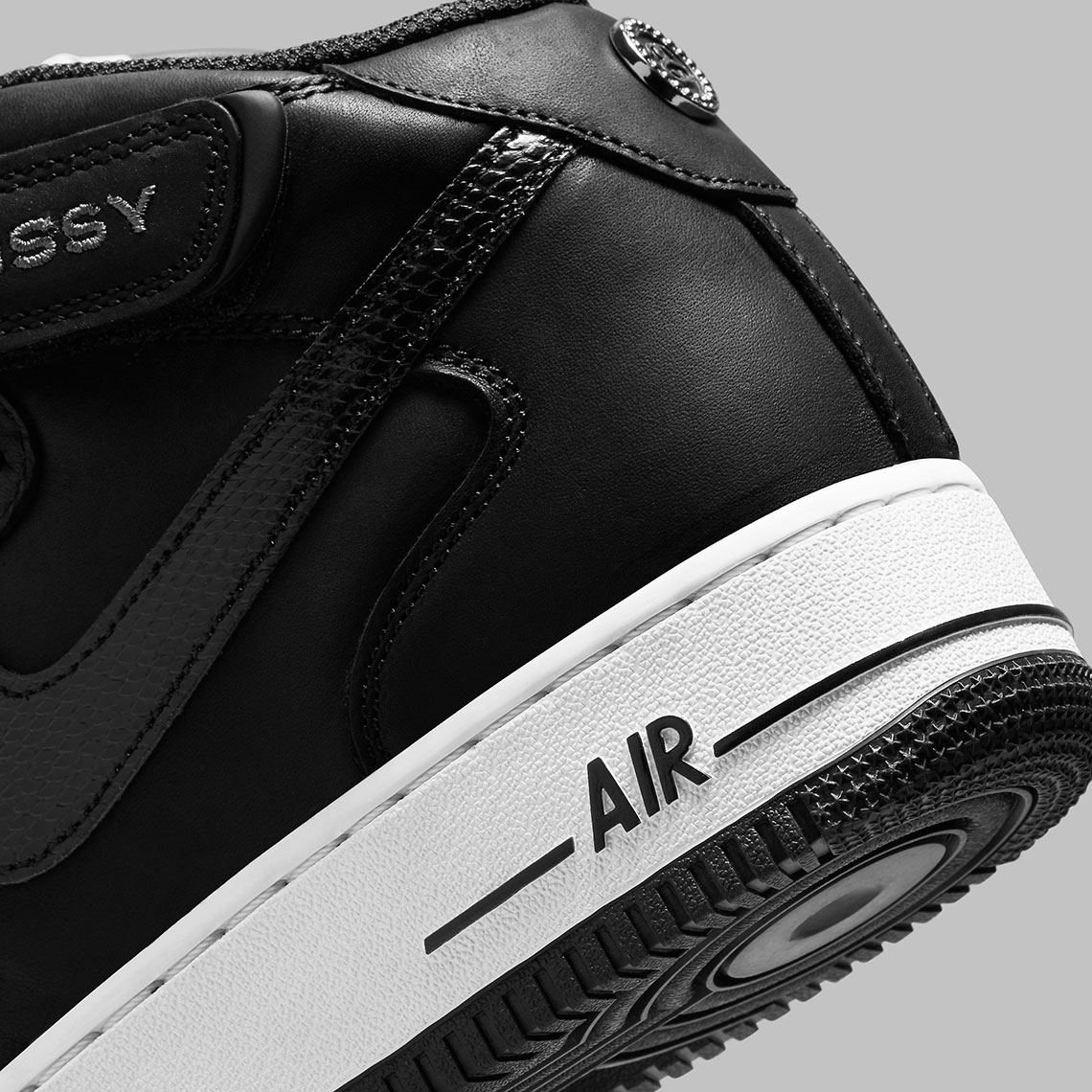 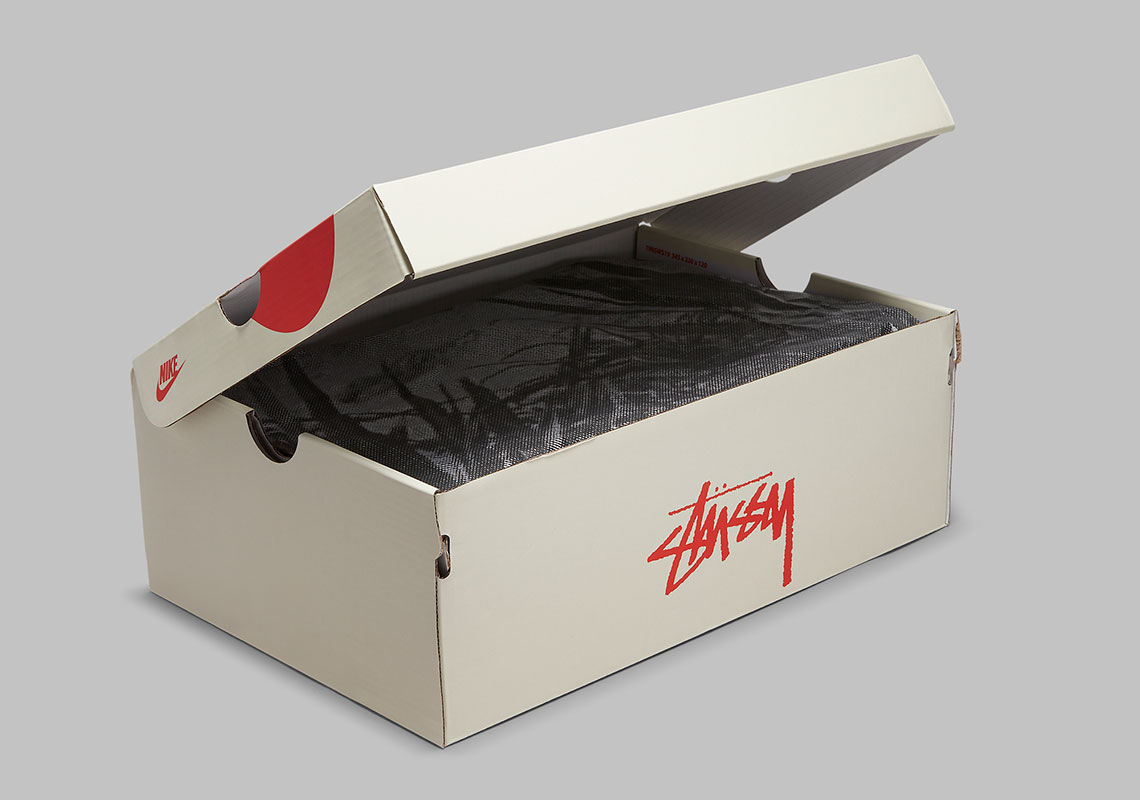