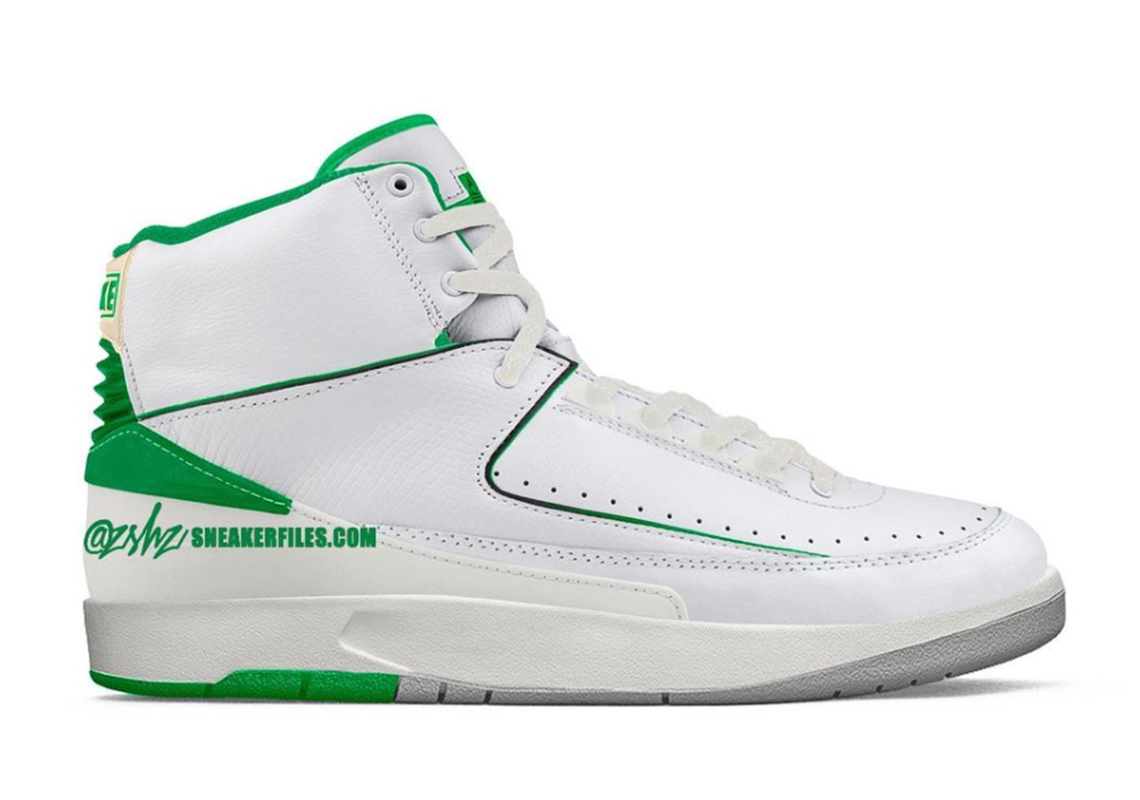 Now that Jordan Brand has whet our appetites with a series of collaborations that include Union, J Balvin, Maison Château Rouge, we’re now ready to accept understated in-line models that round out or rotations.

After the 35th Anniversary of the Air Jordan 2 concludes at the end of this year, Jordan will continue to drop the AJ2 into 2023, like this “Lucky Green” colorway that’s expected to drop in a jam-packed month of February. With a mix of white, lucky green, sail, and light steel grey, this upcoming release suggests something similar to the Air Jordan 4 “Pine Green” of 2004 — a sneaker that later gained a heavy following for its subdued yet substantial presence.

These mock-ups presented to us by sneakerfiles and zsneakerheadz even suggests a color-blocking akin to the original white/red/grey colorway from 1987, with a touch of sail on the heel injected a bit of a vintage/aged flair.

Currently, a release is expected for February 3rd, so stay tuned for updates and first looks. For other news on Jordan releases in the new year, check out our Jordan Release Dates 2023 preview.