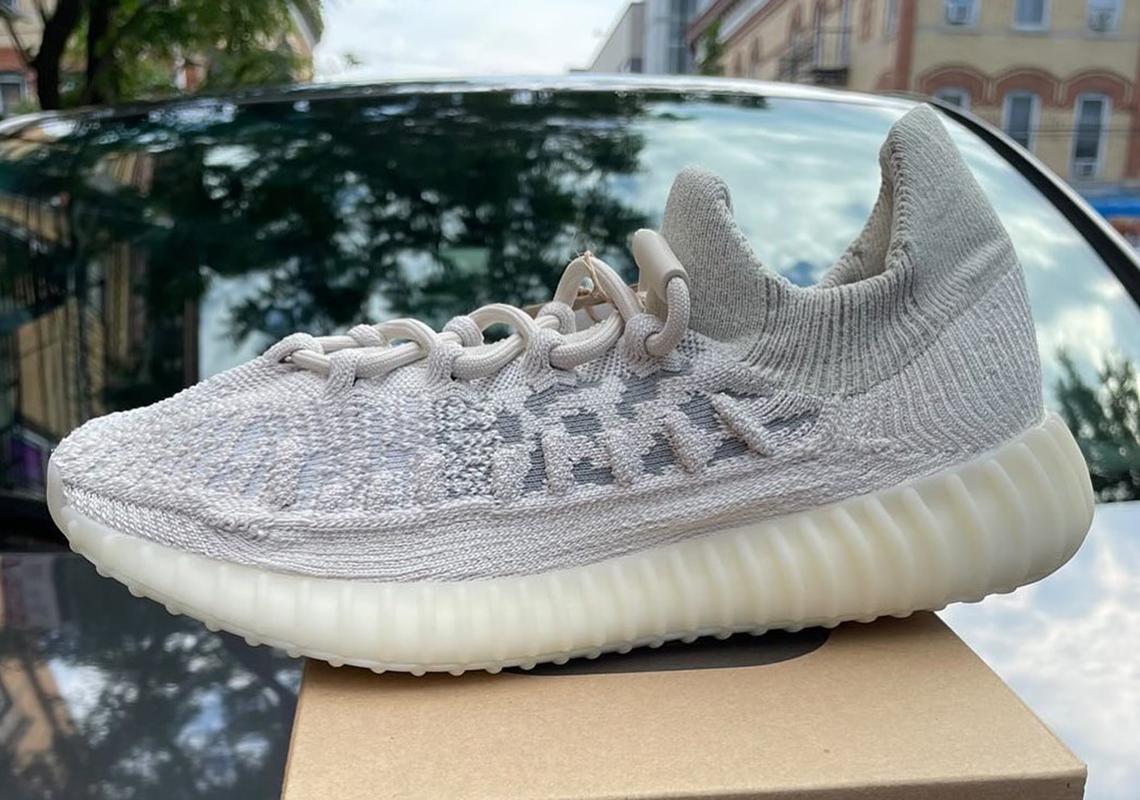 Following in the footsteps of the “Slate Carbon,” “Slate Red,” and “Slate Blue” is none other than the “Slate Bone.” In many ways, this CMPCT mirrors its same-colored predecessor, using the white shade across much of its Primeknit exterior. Even a touch of grey is present across the side, albeit via the weave itself rather than the stripe that typically accompanies the standard 350 v2.

Sat atop an off-white sole unit, this “Slate Bone” colorway is expected to release soon. A solid date has yet to be confirmed, however, so sit tight as we await future updates.