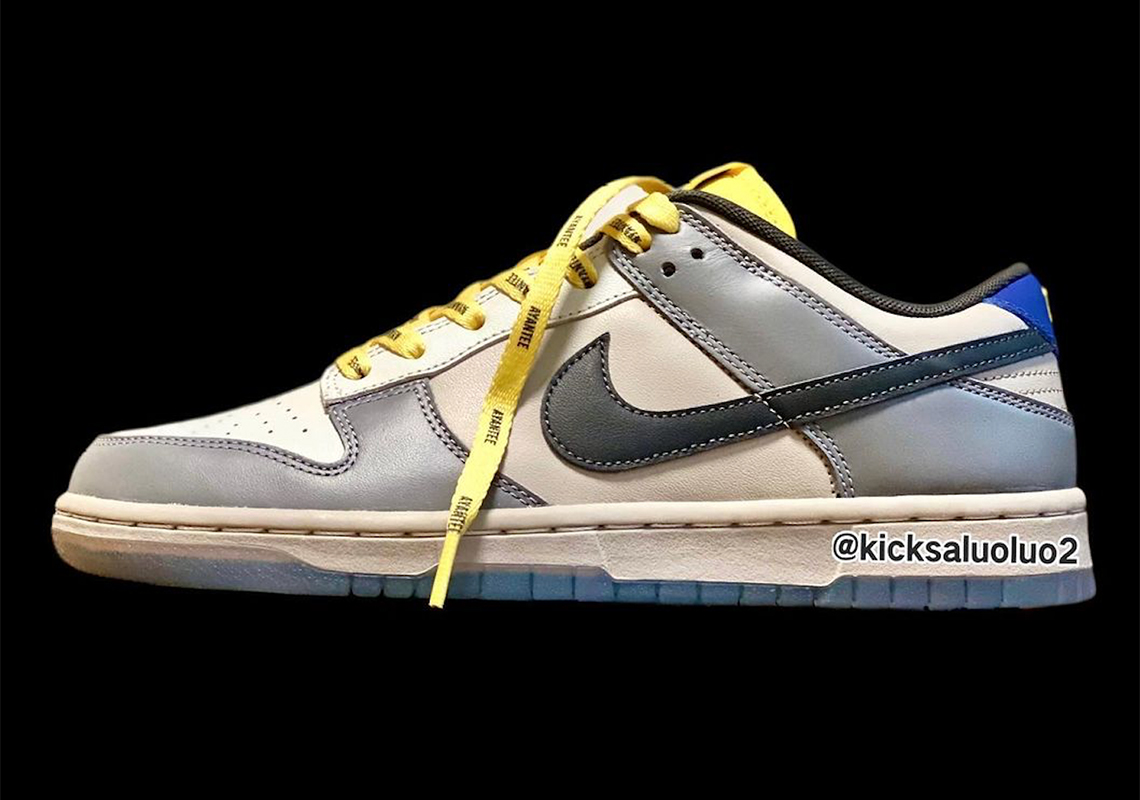 The Nike Dunk Low has been connected to college sports since its inception. Recently, Peter Moore’s 37-year-old design has appeared in ensembles directly linked to some of the nation’s most storied athletics programs. The latest?: North Carolina A&T Aggies.

Historically, anything swoosh-branded and North Carolina related has celebrated Michael Jordan’s alma mater, but the newly-surfaced pair commemorates the agricultural and technical university. A mostly white and grey ensemble takes over the low-top Nike Dunk, with “Aggie Blue” entering the mix via the upper heel panels; rich gold animates “1891” figures on the sneaker’s spine, which both nods to the school’s founding and other signature color. Laces and tongues also indulge in a vibrant yellow tone, with the former components donning “AYANTEE” text referring to the Historically Black College’s yearbook. The school’s logo replaces traditional “NIKE” branding on the top of the tongue, while Air Jordan 1-like outsoles are reworked to deliver a semi-translucent finish revealing a green graphic.

Enjoy an early look at the collegiate pair ahead, courtesy of Instagram user @kicksdong, as you wait for official Nike SNKRS release details. 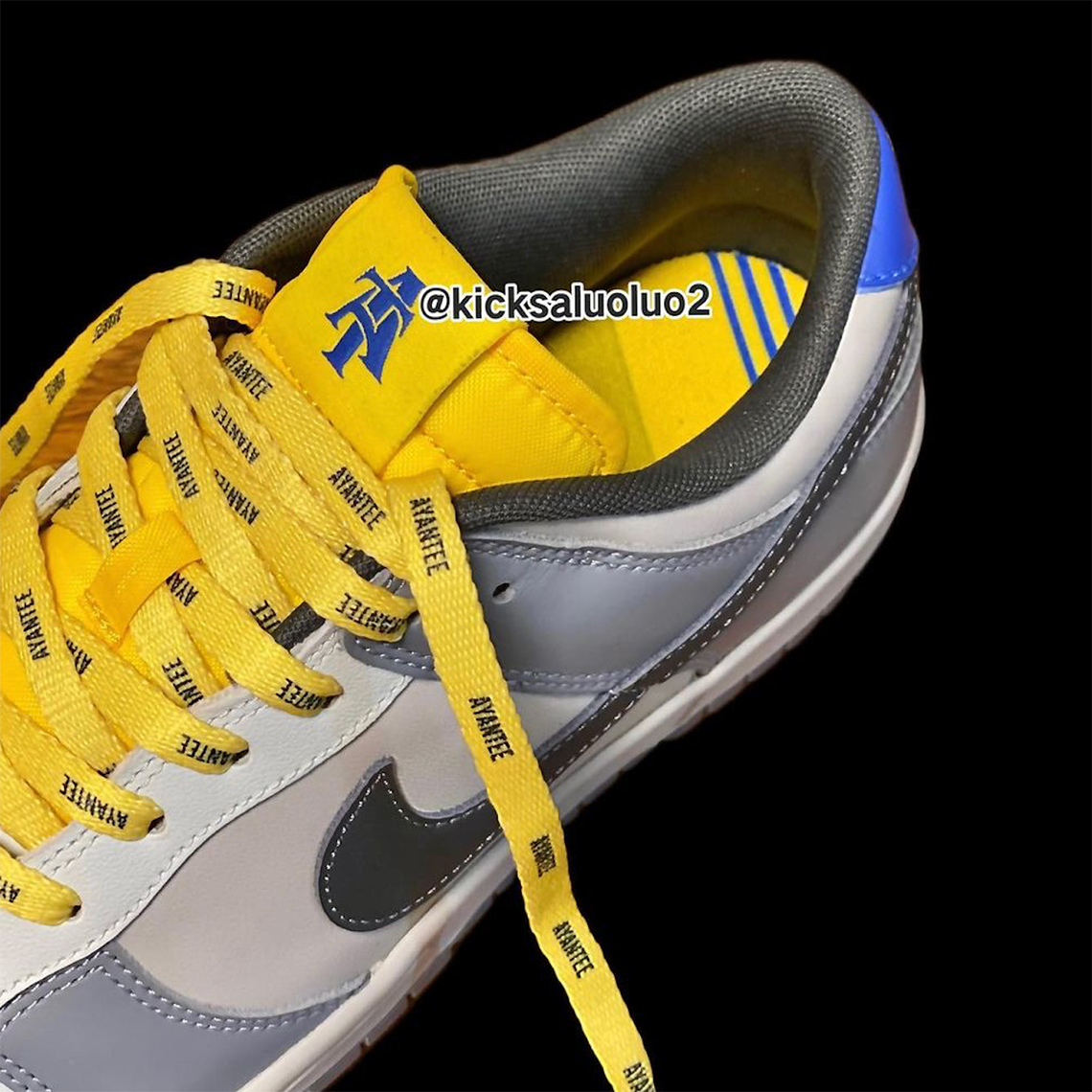 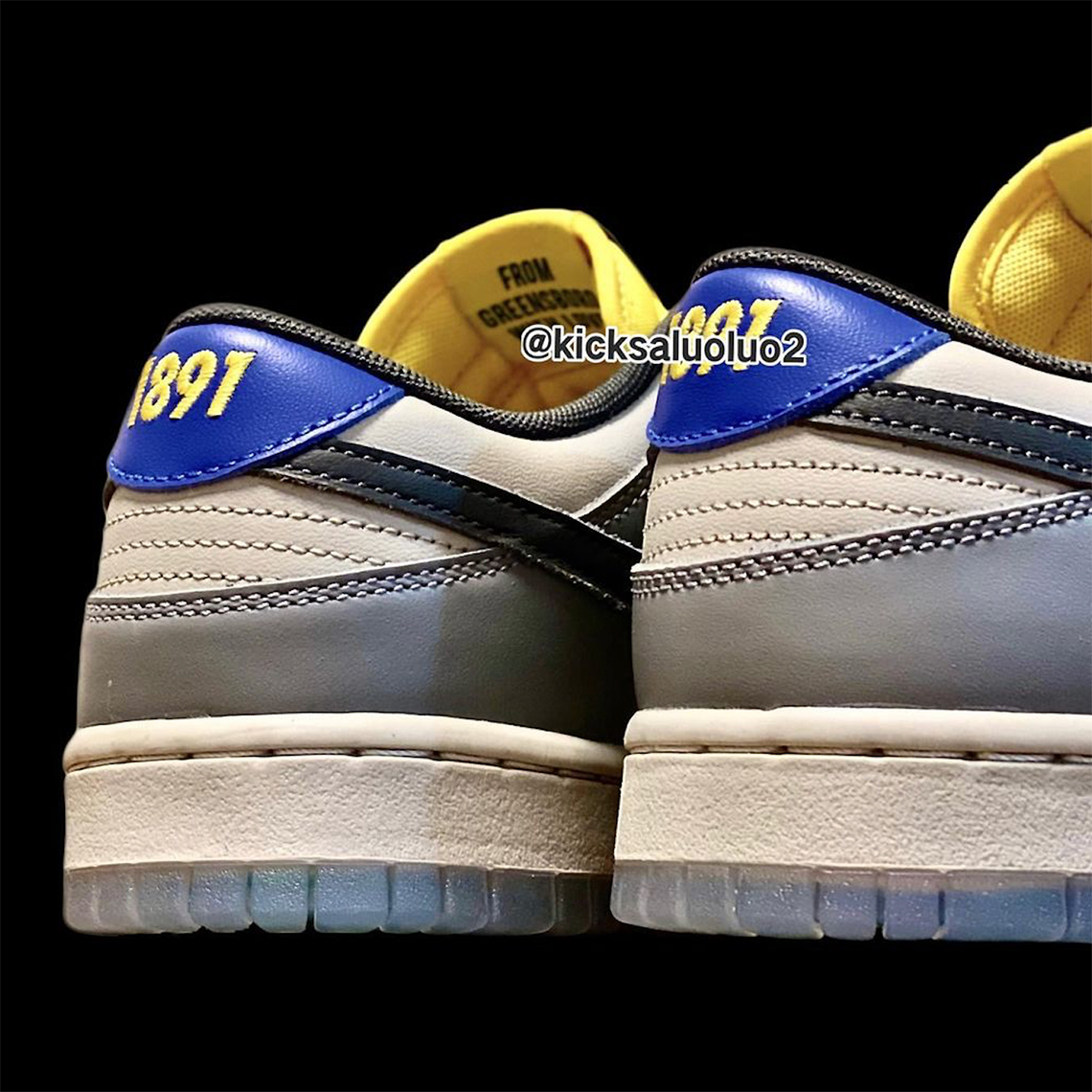 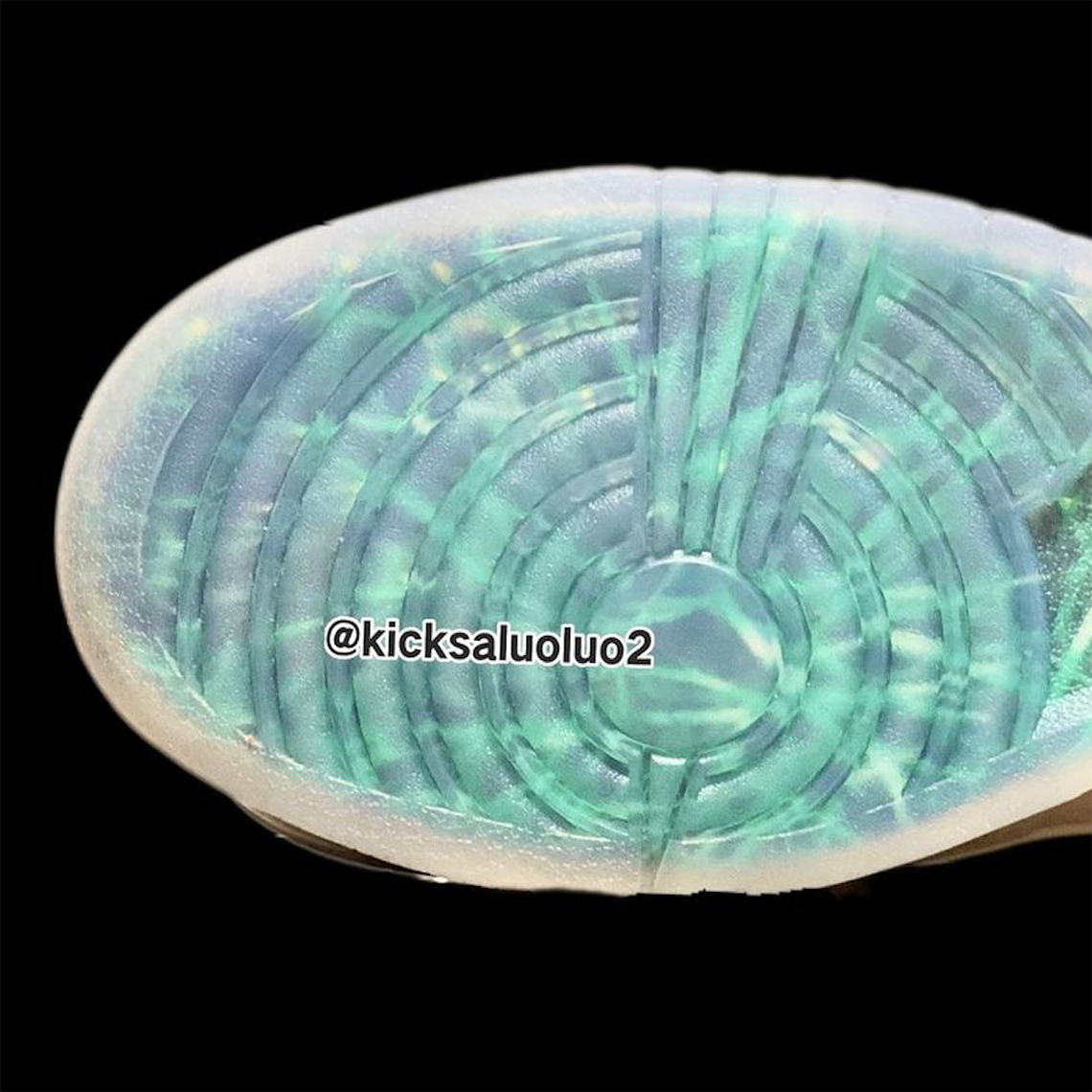