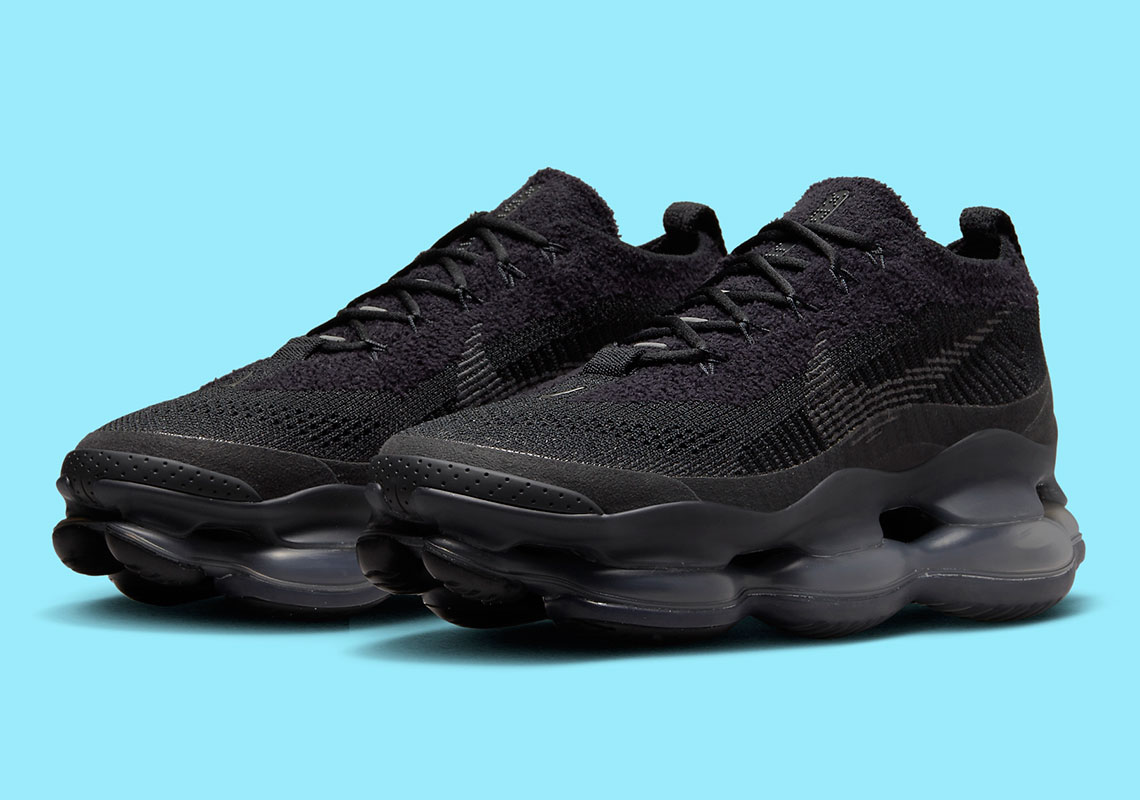 Nike’s next big thing in Max is set to arrive later this year, ushering in an all-new overtly bulbous Air Max unit fixed below an engineered Flyknit upper. The model is called the Air Max Scorpion, and while combination of Flyknit uppers and zonal Air Max units isn’t new, the Scorpion introduces an unmatched height stack that’ll lift you in more ways than one.

Already introduced in two colorways, the Air Max Scorpions now appear int he standard Triple Black look. The entirety of the Flyknit upper is lightly contrasted by the Swoosh logo, whose silhouette is achieved via threading through the upper. The laces, lace loops, and protective mudguards are clad in black, while the Scorpion outsole persists with a smoky translucent outsole.

The primary response to the Air Max Scorpion has been that the structure of the model would be conducive so sprained ankles. The soles, however, have a wide base, and the last of the shoes are cradled within the Air unit for a secure feel — similar to how the Air Max 720 was built.

A release date for this particular colorway of the Nike Air Max Scorpion is unknown, so check out the official images for now and stay tuned to @SneakerNews on Twitter for updates. 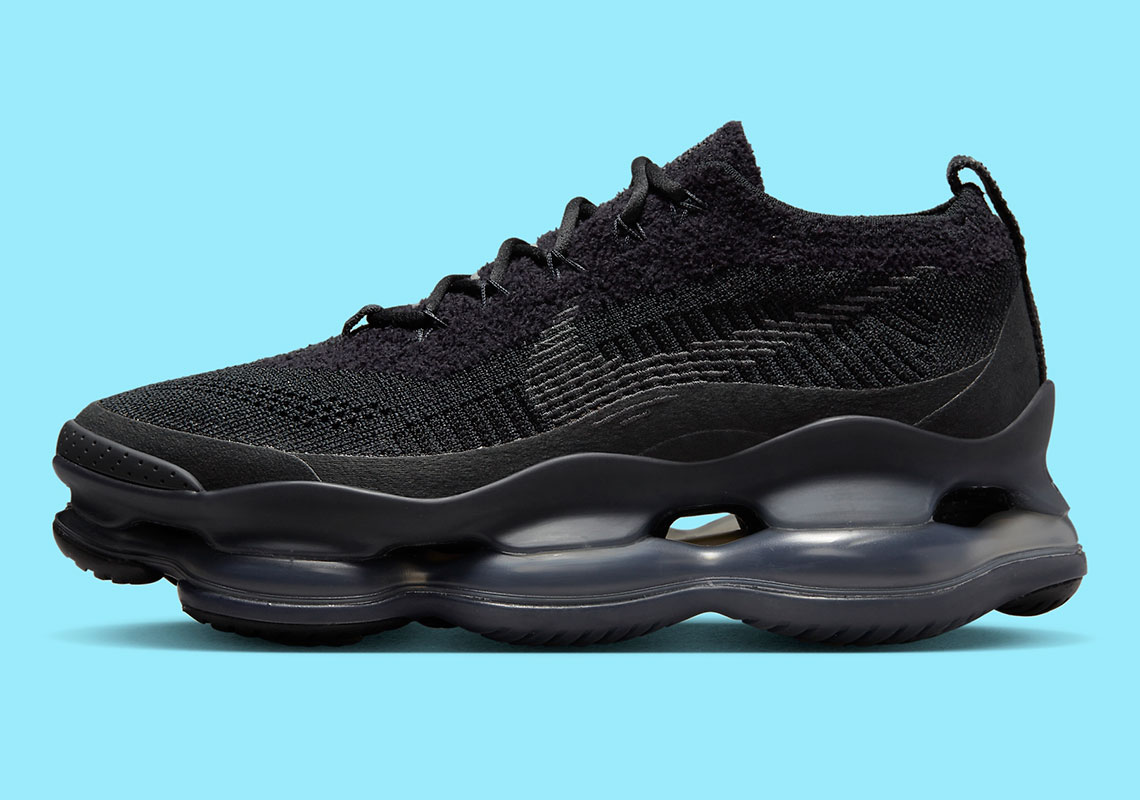 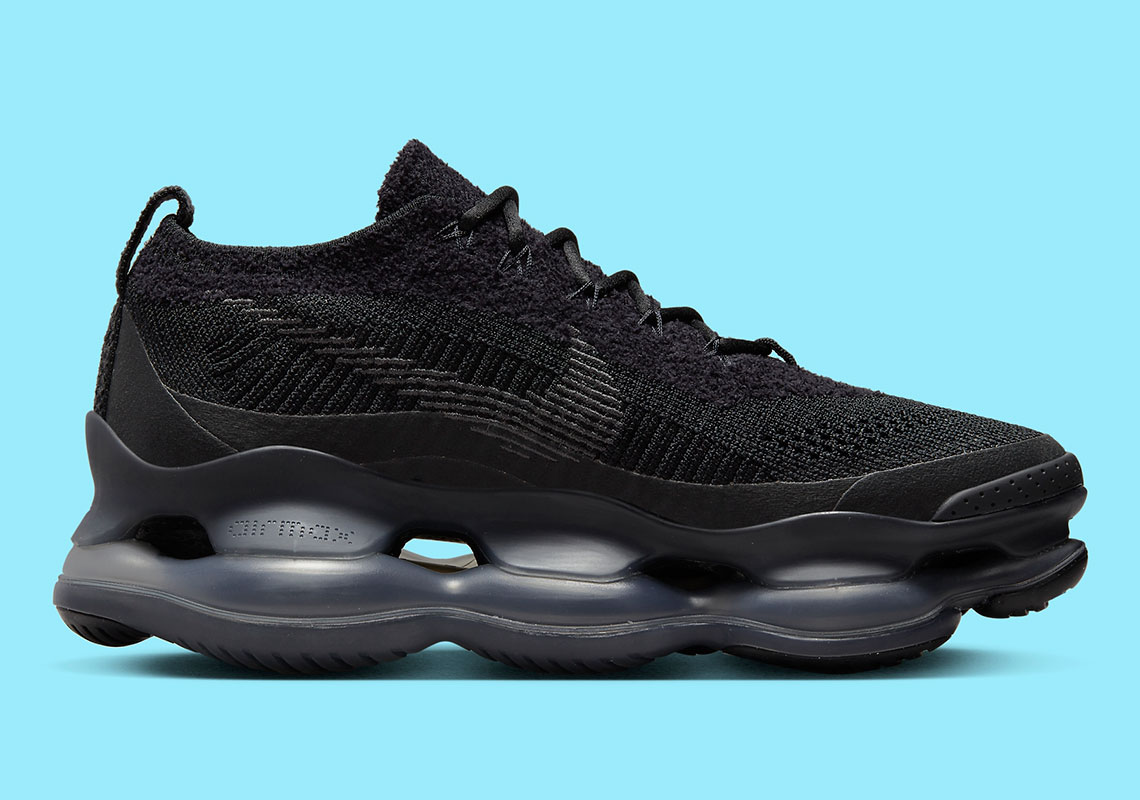 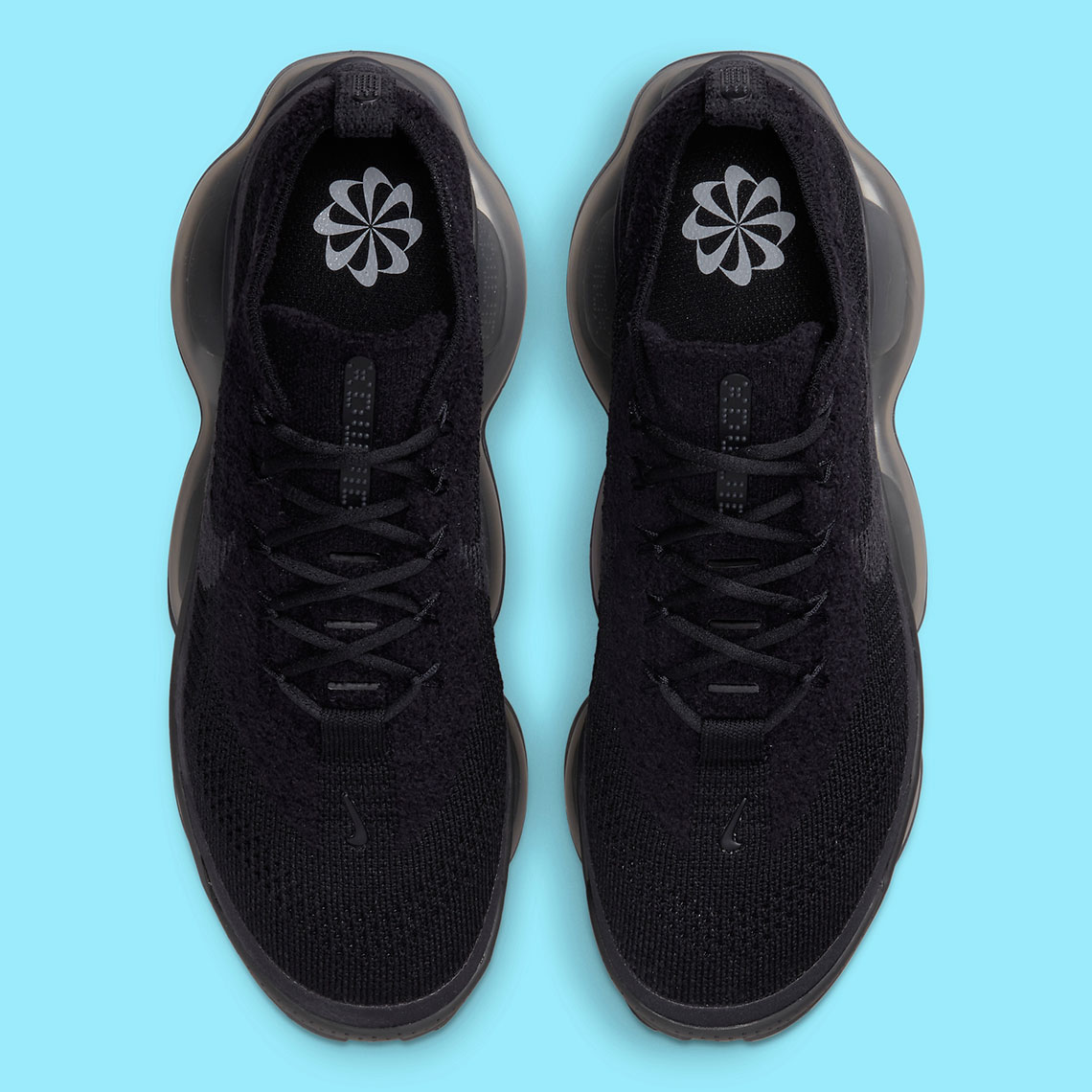 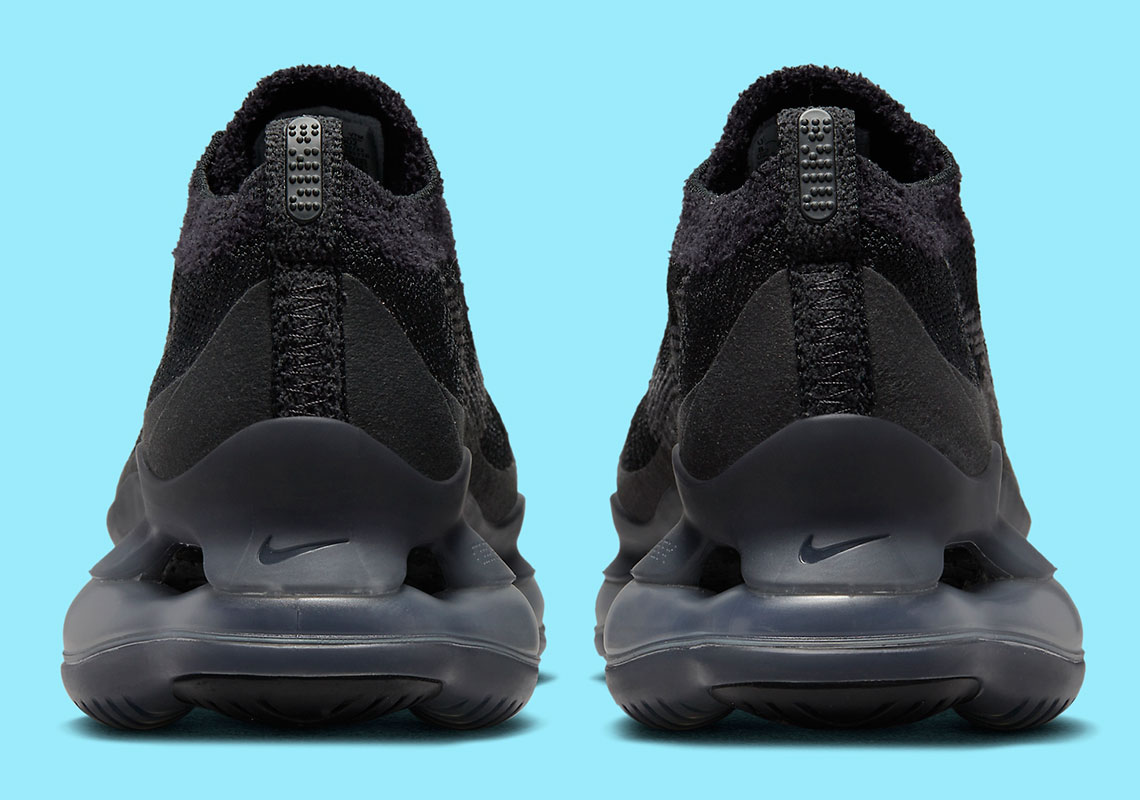 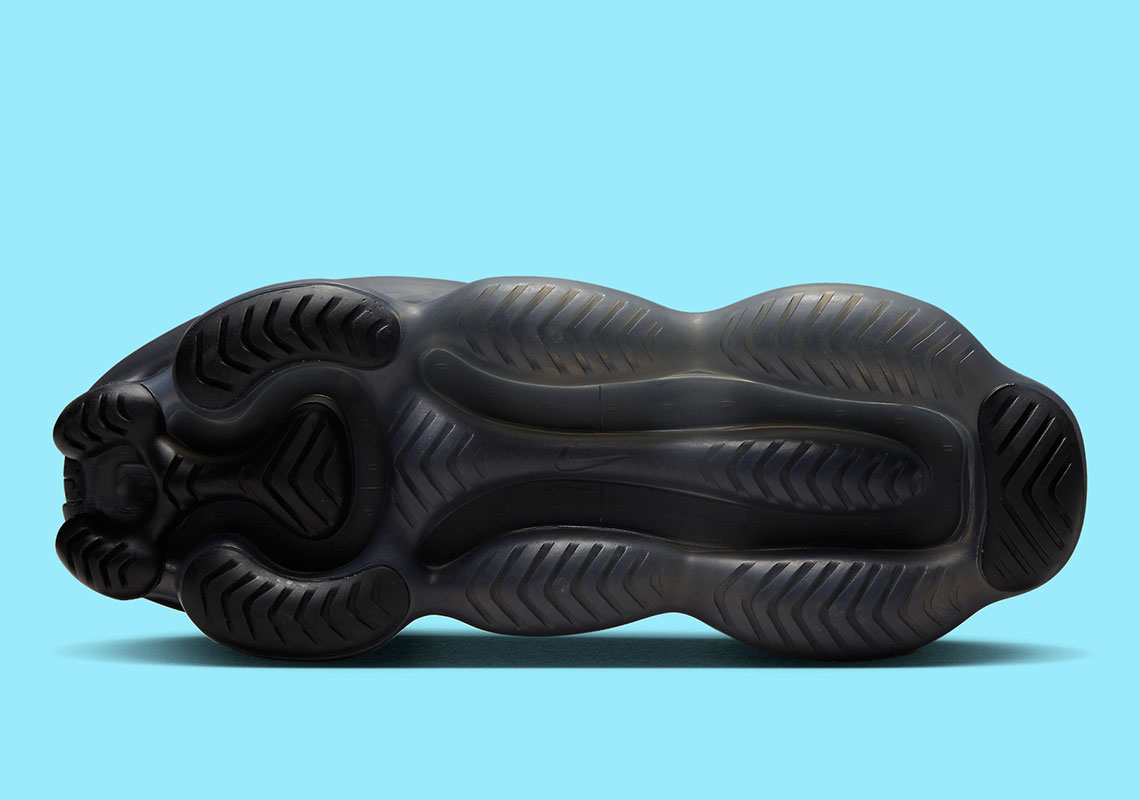 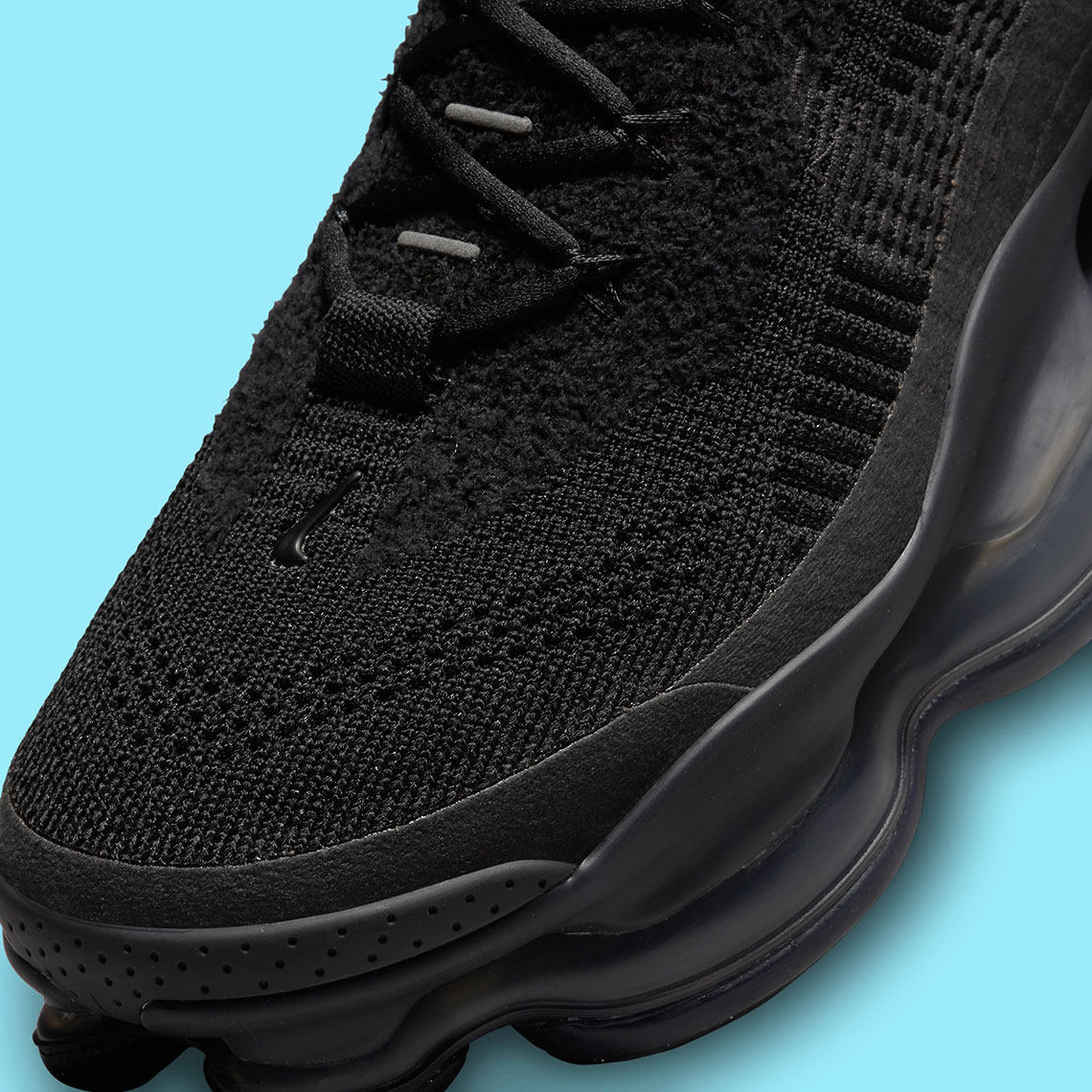 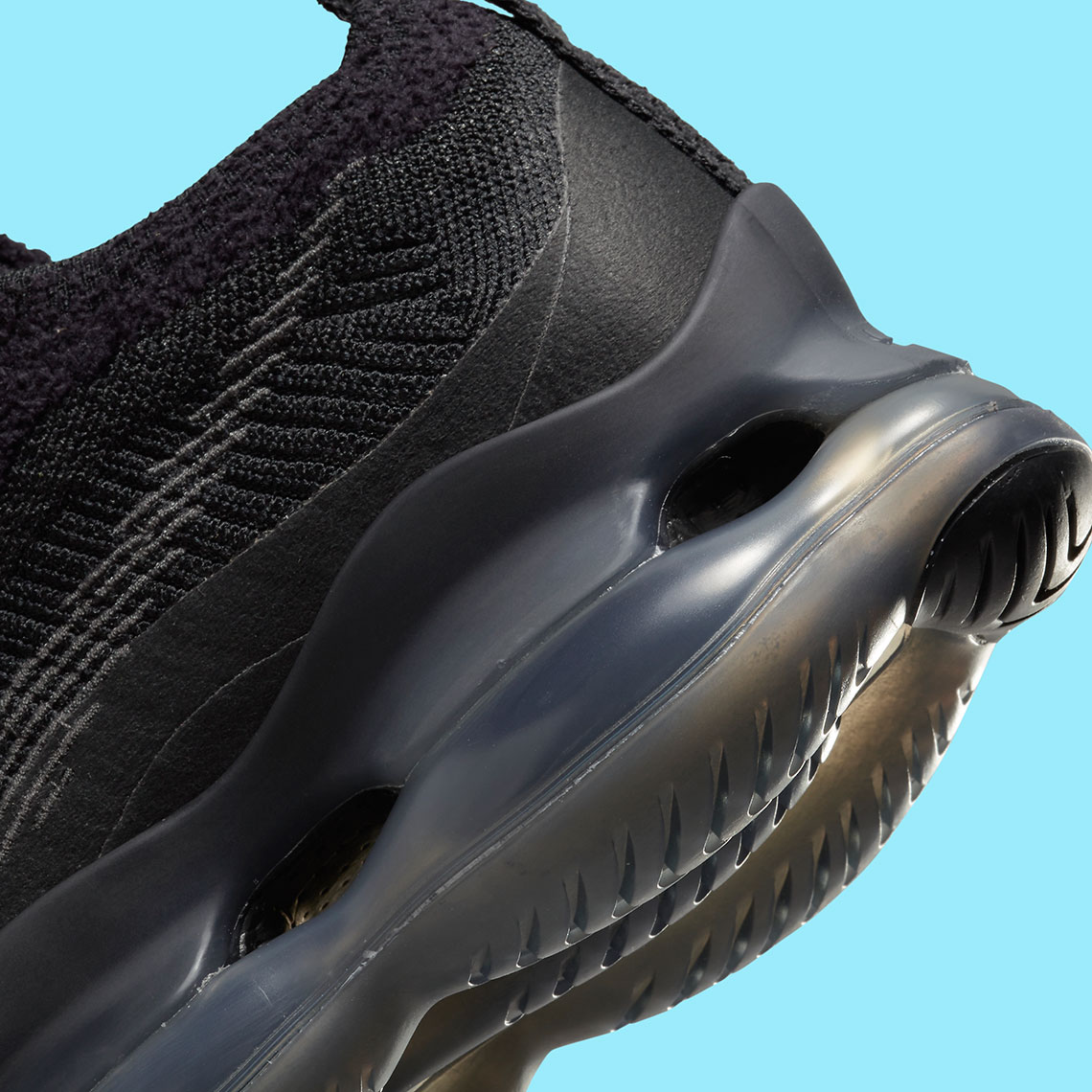