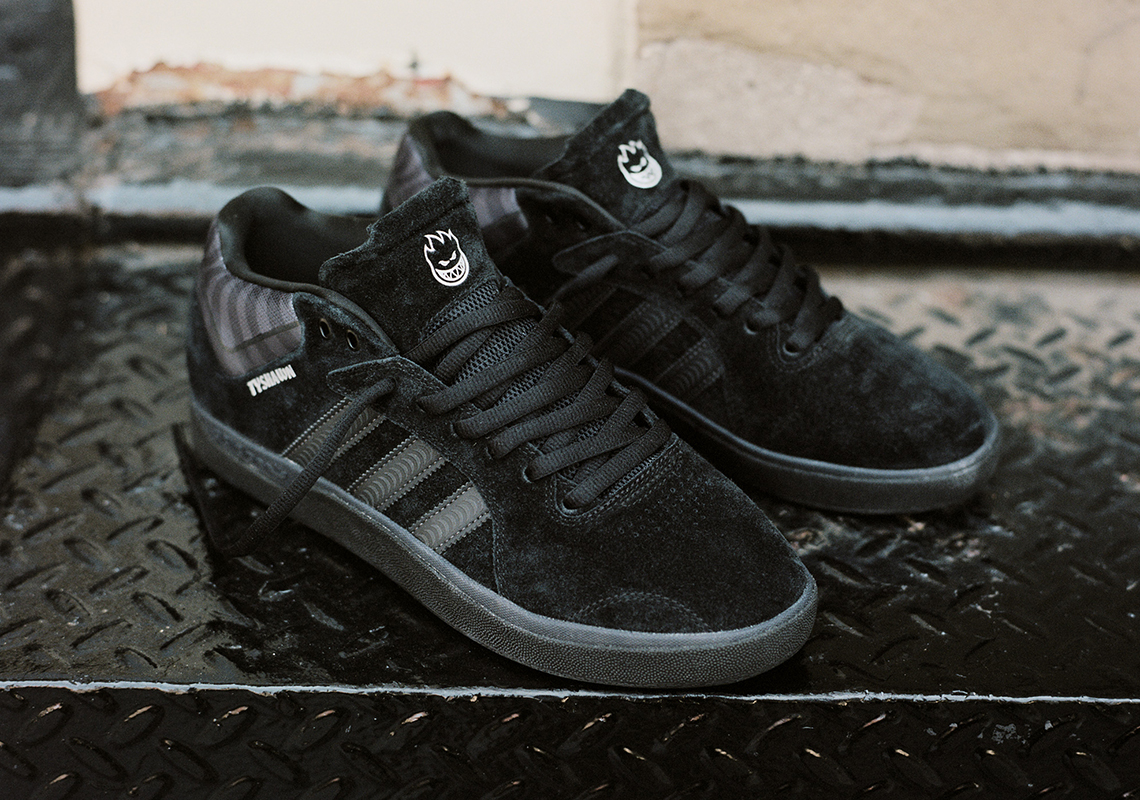 Spitfire And adidas Team Up On Tyshawn Jones’ Pro Model

Amidst its performance-based recycling initiative and lifestyle collaborations alongside Ye, The Three Stripes efforts for the skating community can often be overlooked. With a roster that boasts the likes of Kader Sylla and Mark Gonzales, among others, the brand is however continuing to delve out its roster, tapping the signature silhouette of Tyshawn Jones for its latest collaboration with Spitfire wheels.

A little over three years removed from the models debut in June 2019, New York City clashes with San Francisco for a Triple-Black offering inspired by the midnight aesthetics of the concrete jungle. Rich “Core Black” suedes work their way across the model in tandem with color-matched laces and a mesh tongue. Elsewhere, “Silver Metallic” accents proffer from the midfoots leather Three Stripes, Tyshawn’s name finished in Spitfire font and the Bay Area brands “Bighead” insignia emboldening the tongue. The heel flaunts greyscale swirl graphics adorning the collar while a clad black outsole concludes the dark ensemble.

The adidas Tyshawn x Spitfire is scheduled to release this Saturday, September 24th via the store list below for a retail price of $95. In the meantime, enjoy official images of the pair.

In other collaborative news, the Nike Dunk Low is rumored to be releasing in a Jarritos colorway in 2023. 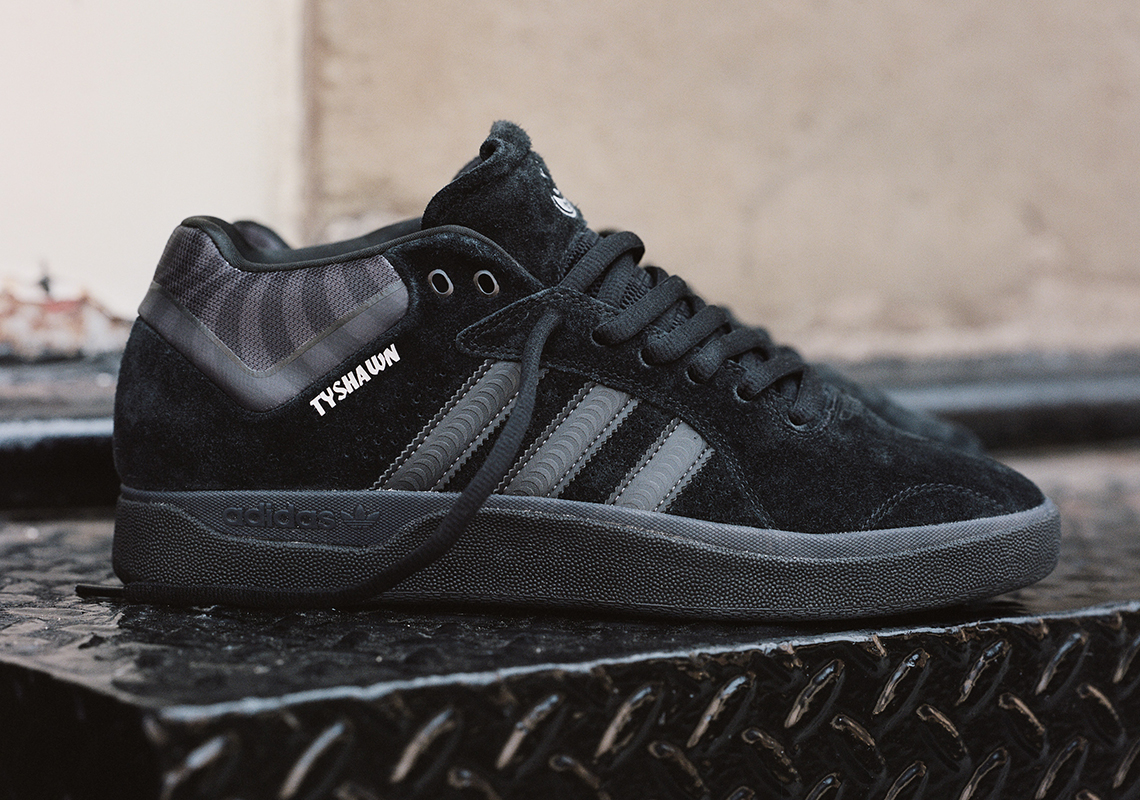 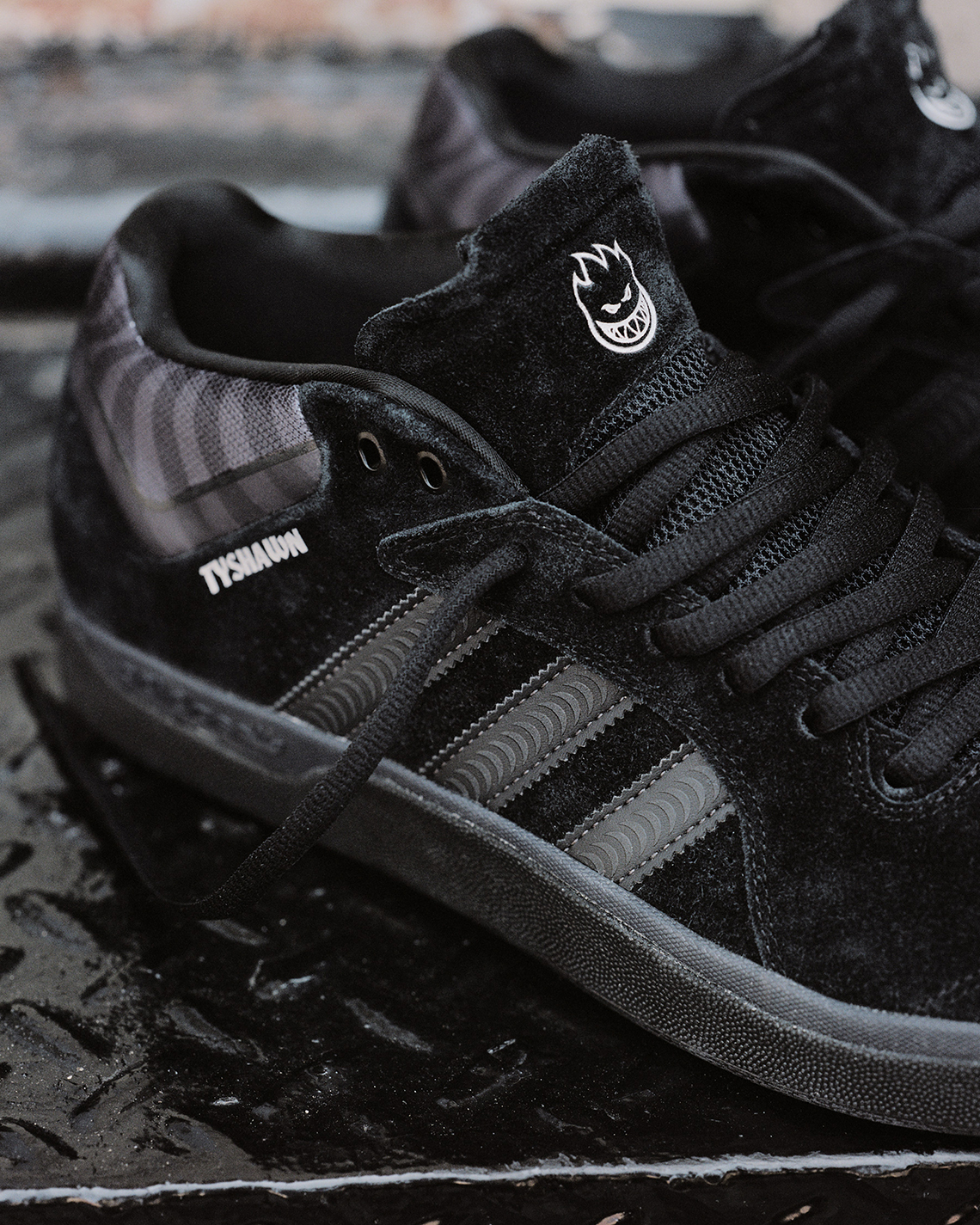 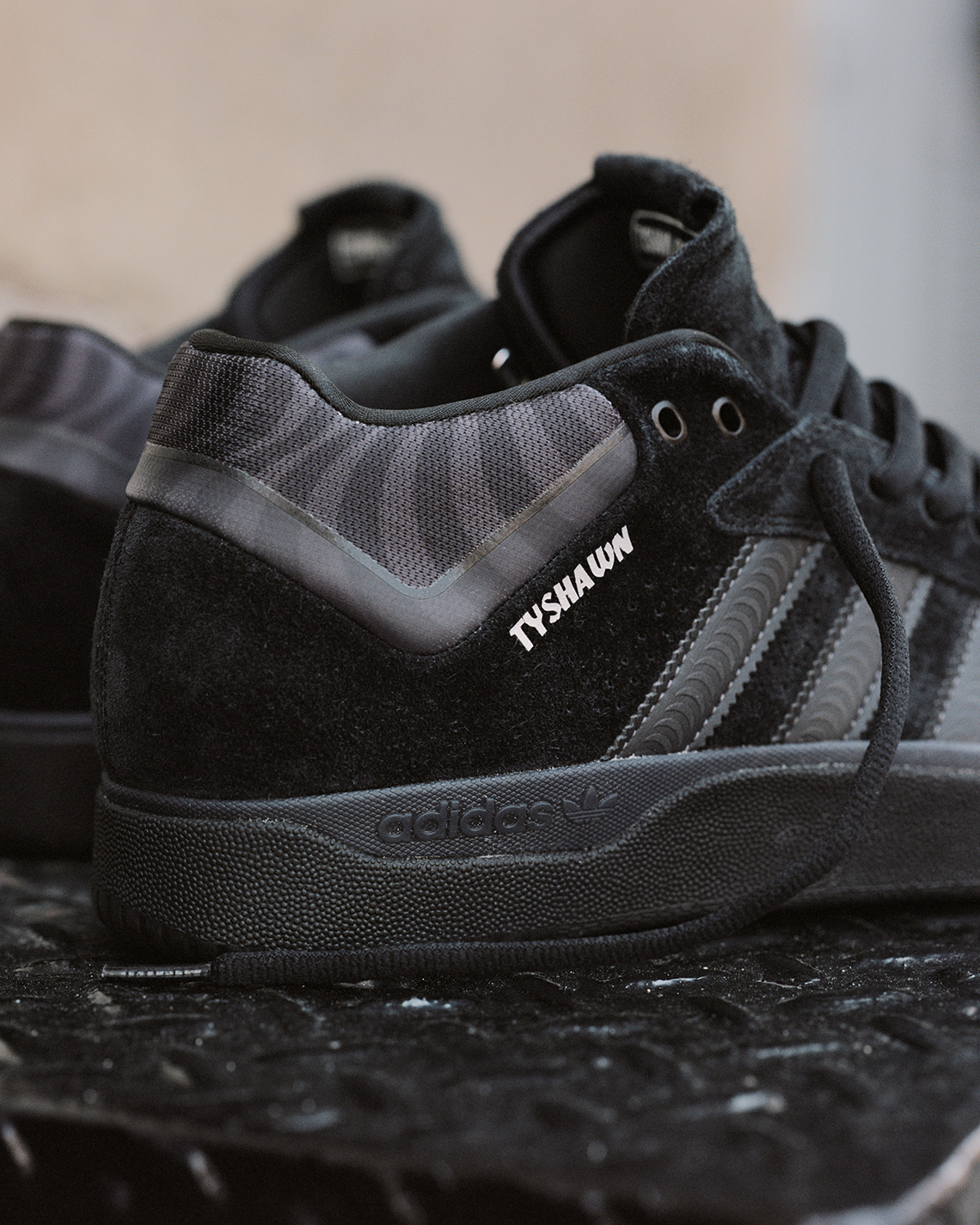 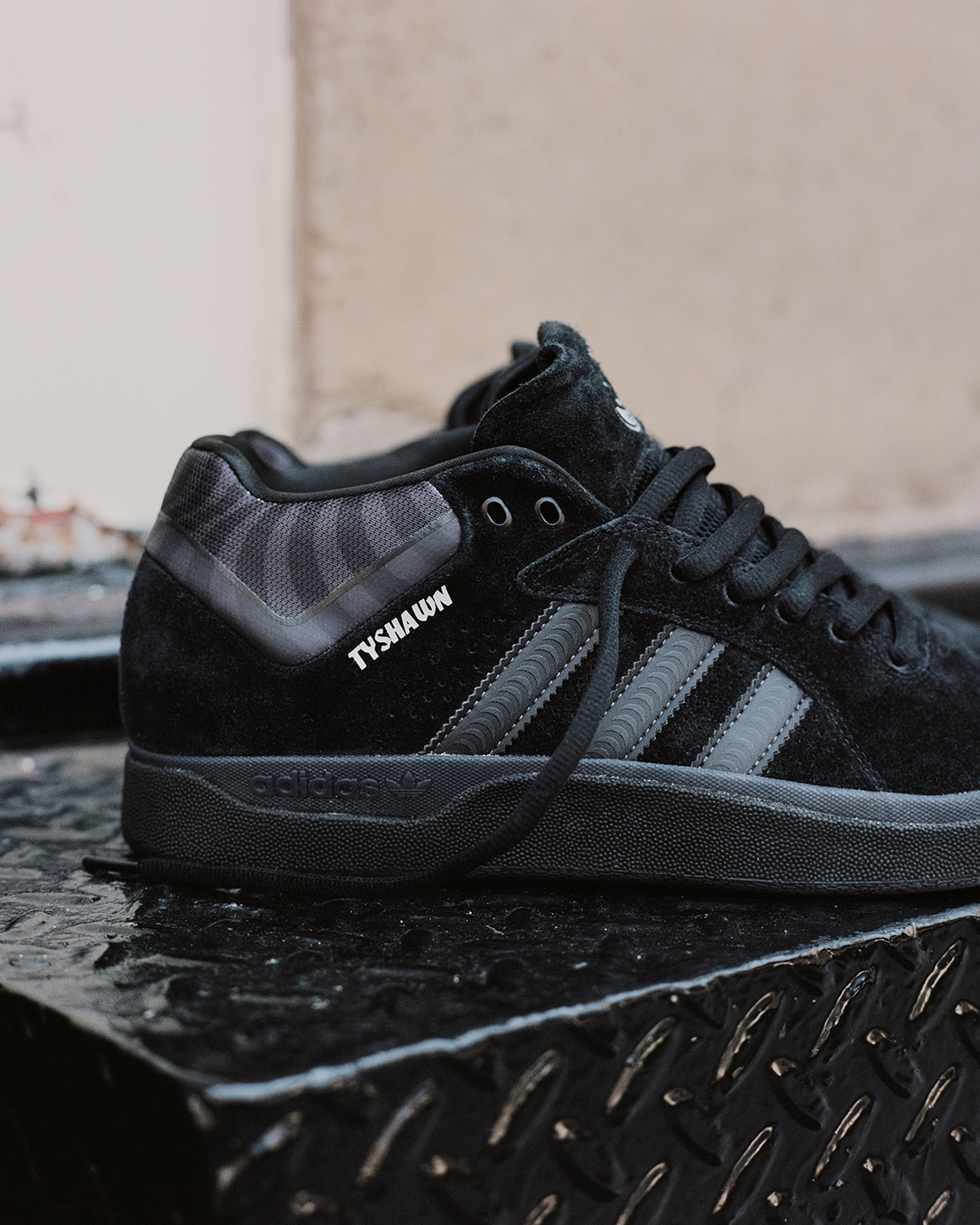 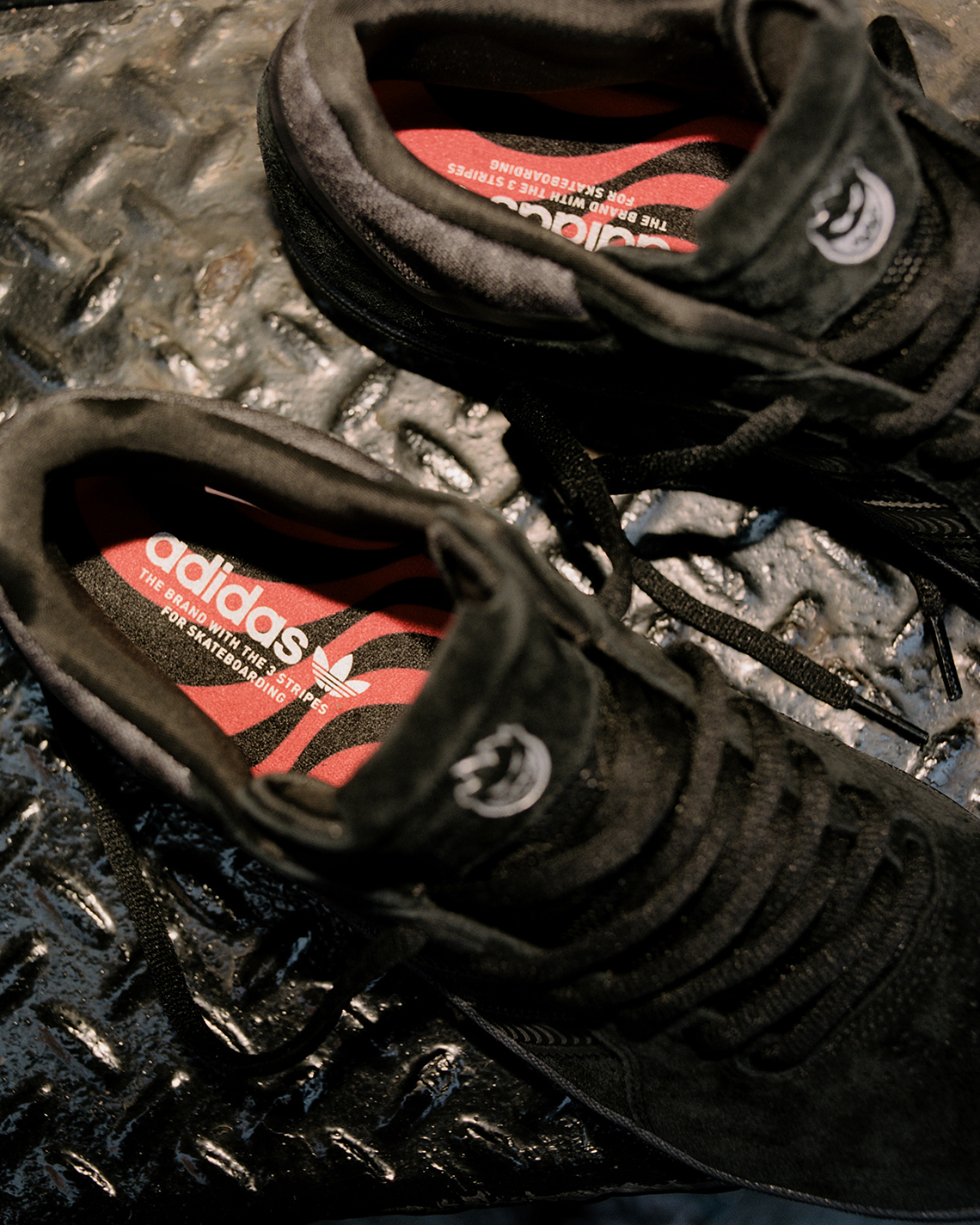