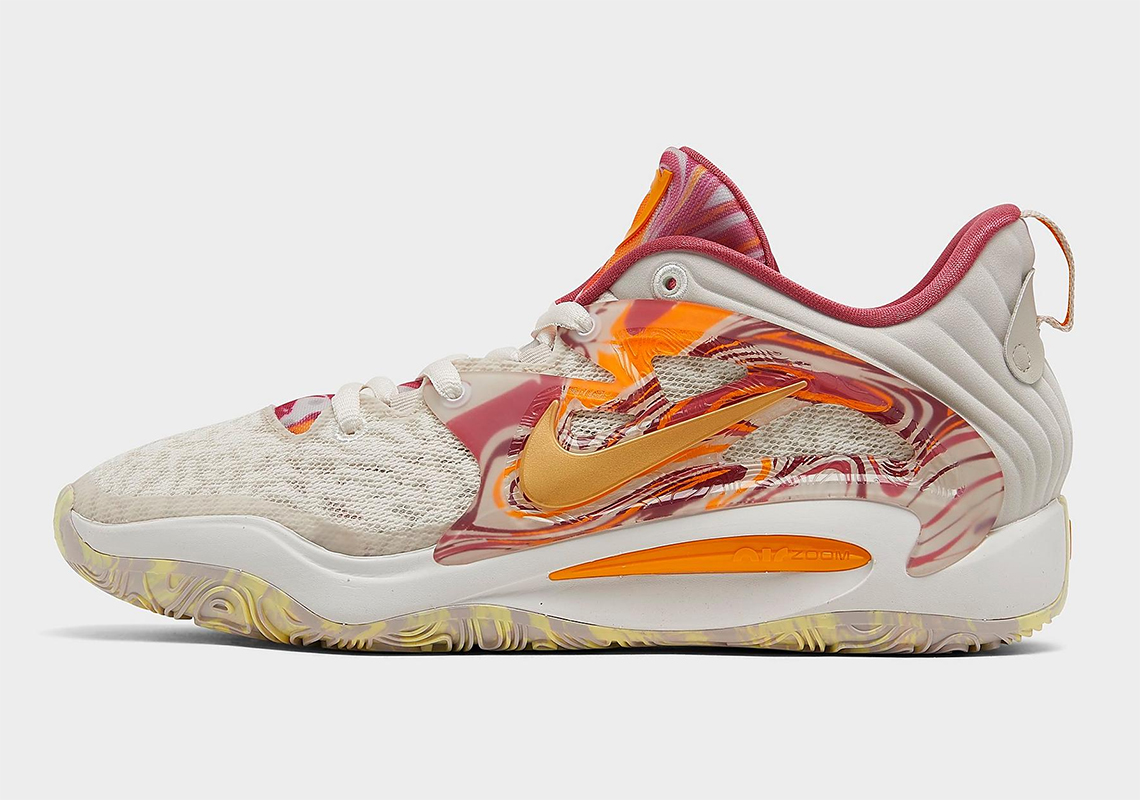 Following a demolition of the Knicks in tandem with his first triple-double of the season Wednesday night, Kevin Durant and the Brooklyn Nets have steered themselves back on track after a litany of detractors including Kyrie Irving’s suspension and the firing of Steve Nash. Tumultuous as things may seem, the two-time champion remains a shoe-in for February’s All-Star game, in which he’s missed the past two due to injury.

Readying up for his expected dominance in Salt Lake City, images of Durant’s “All-Star” scheme for the Nike KD 15 have just surfaced.

Anchoring its mesh upper in a dominant “Light Orewood Brown” outfit, the mainstay shade comes color-matched along the pair’s ridged heel counter, laces and adjacently placed pull tabs for a near monochrome ensemble. Breaking up the latter through a magenta-hued sock liner and tongue trim, a marbled finish flaunts across the midfoot’s TPU overlay utilizing the aforementioned tones alongside a titular orange inclusion that additionally lays claim to the Zoom Air bag, the tongue’s KD insignia and the heel’s “07”.

Potentially signaling a brand-wide collection for February 19th, the insoles brand the pair as property of the faux Nike Basketball Museum and their department of preservation and history, whereas underfoot, the silhouette concludes with a neon and cream tread that indulges in a second marbling treatment in conclusion.

While we anticipate an early February release date for the pair, enjoy a first look at the Nike KD 15 “All-Star” below in the meantime.

For more silhouettes tooled for the hardwood, check out the upcoming Nike LeBron 20 “Liverpool”. 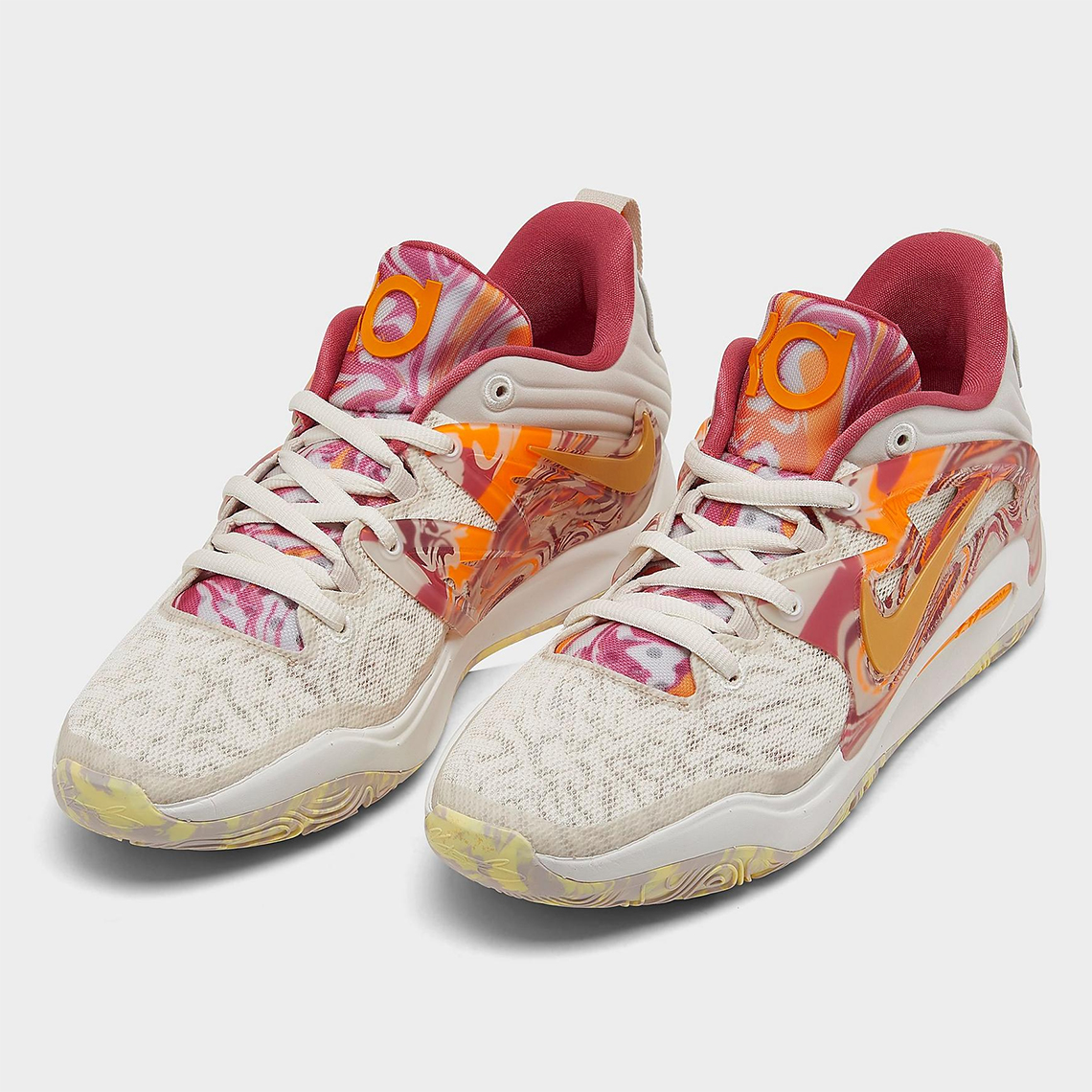 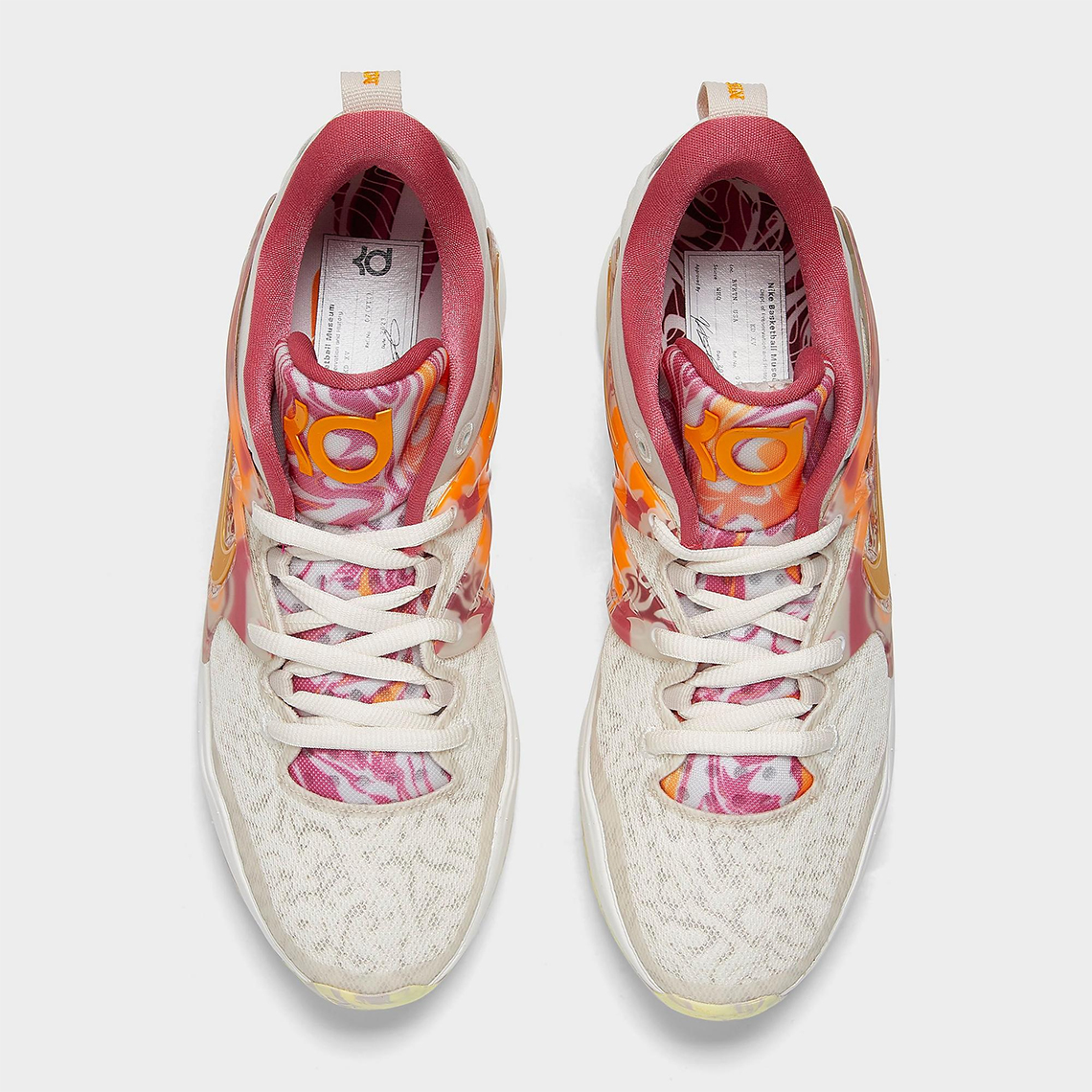 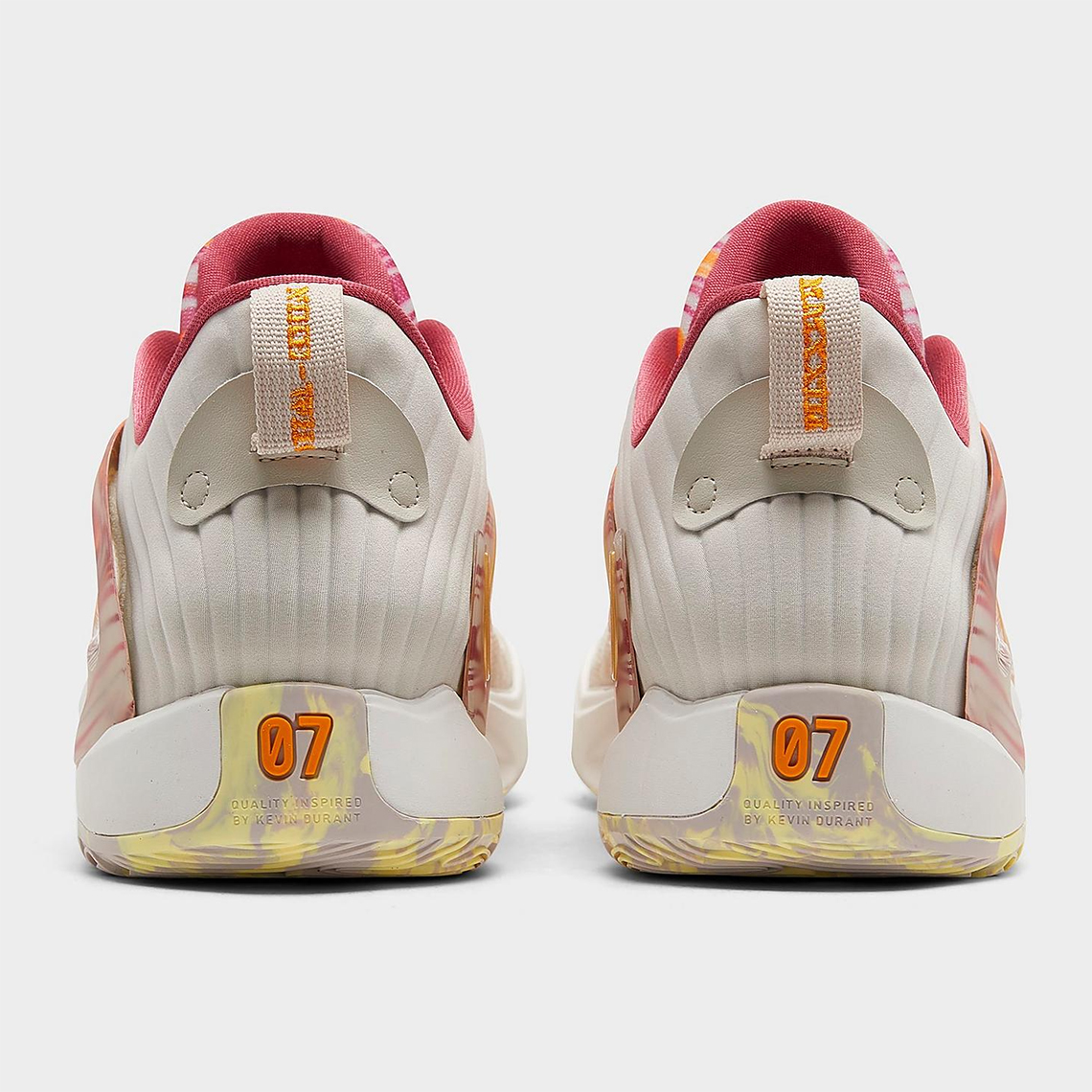 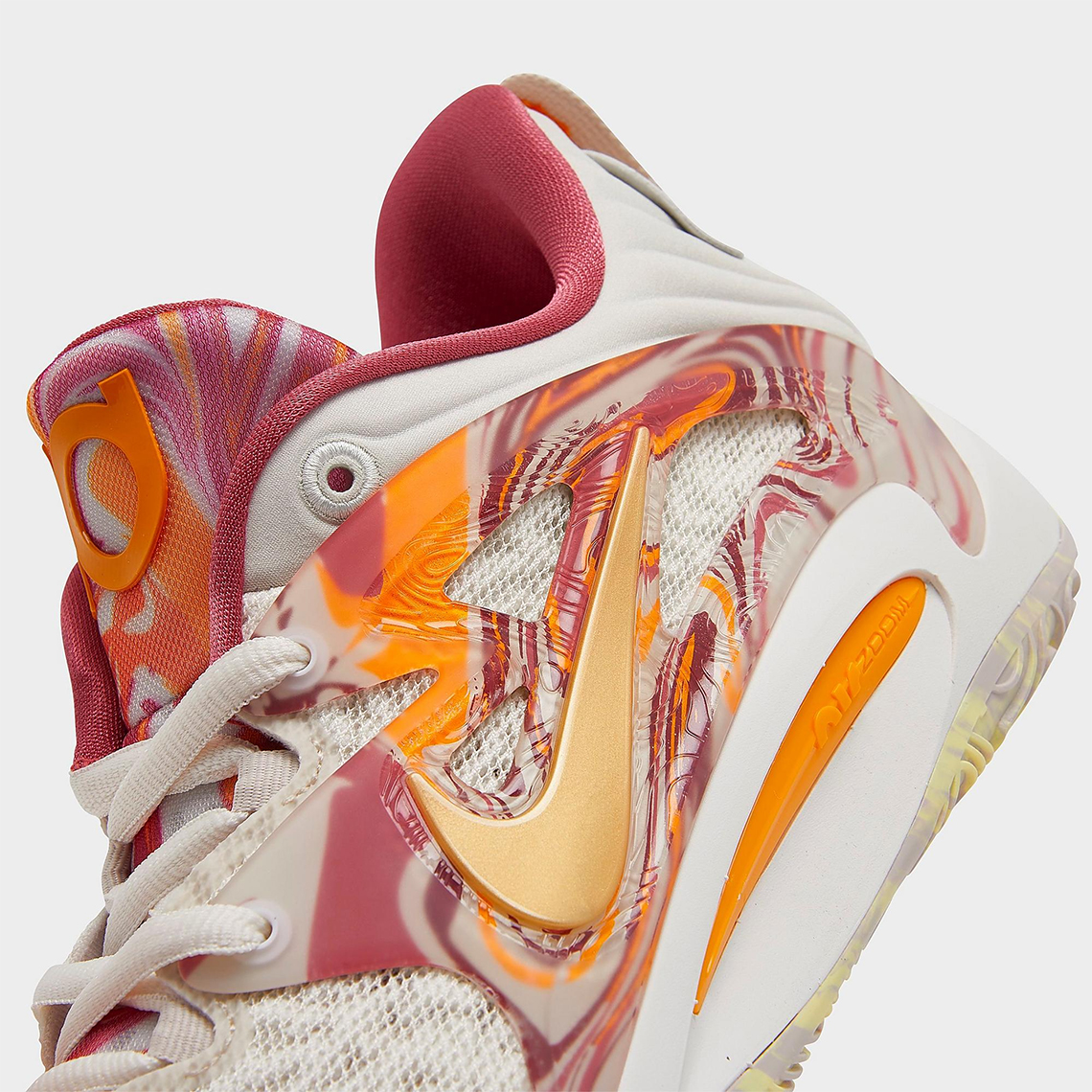 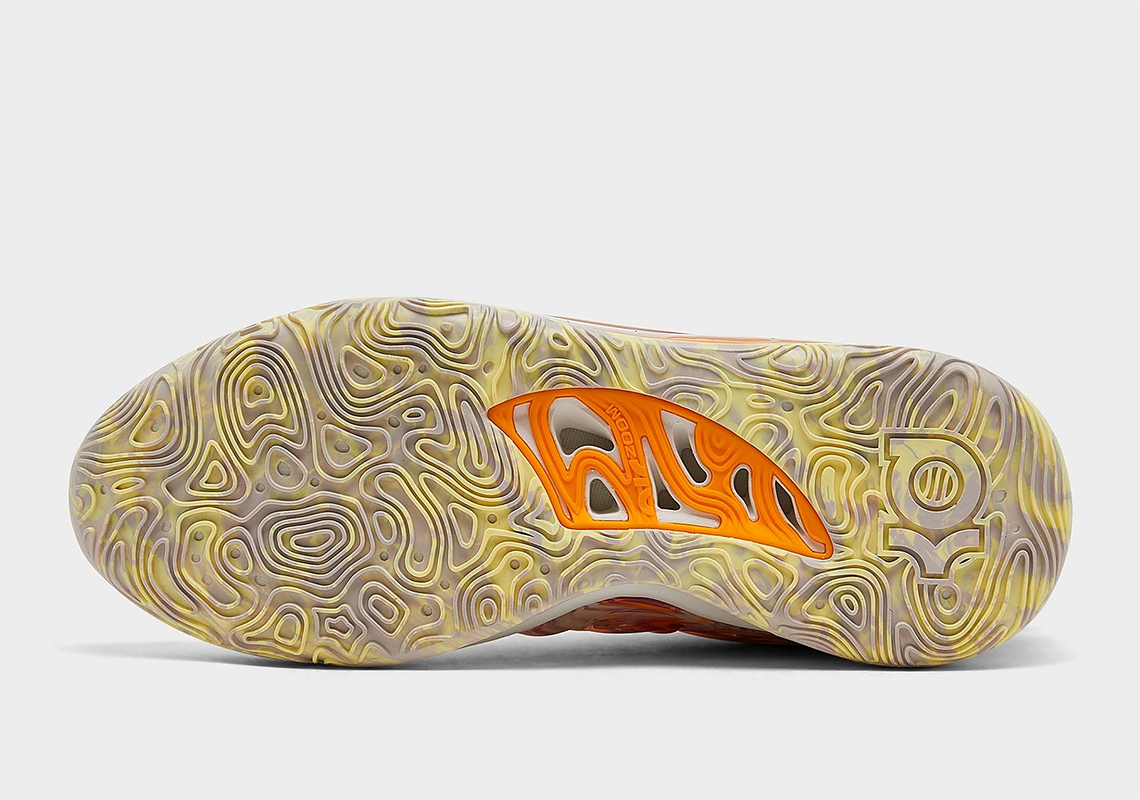