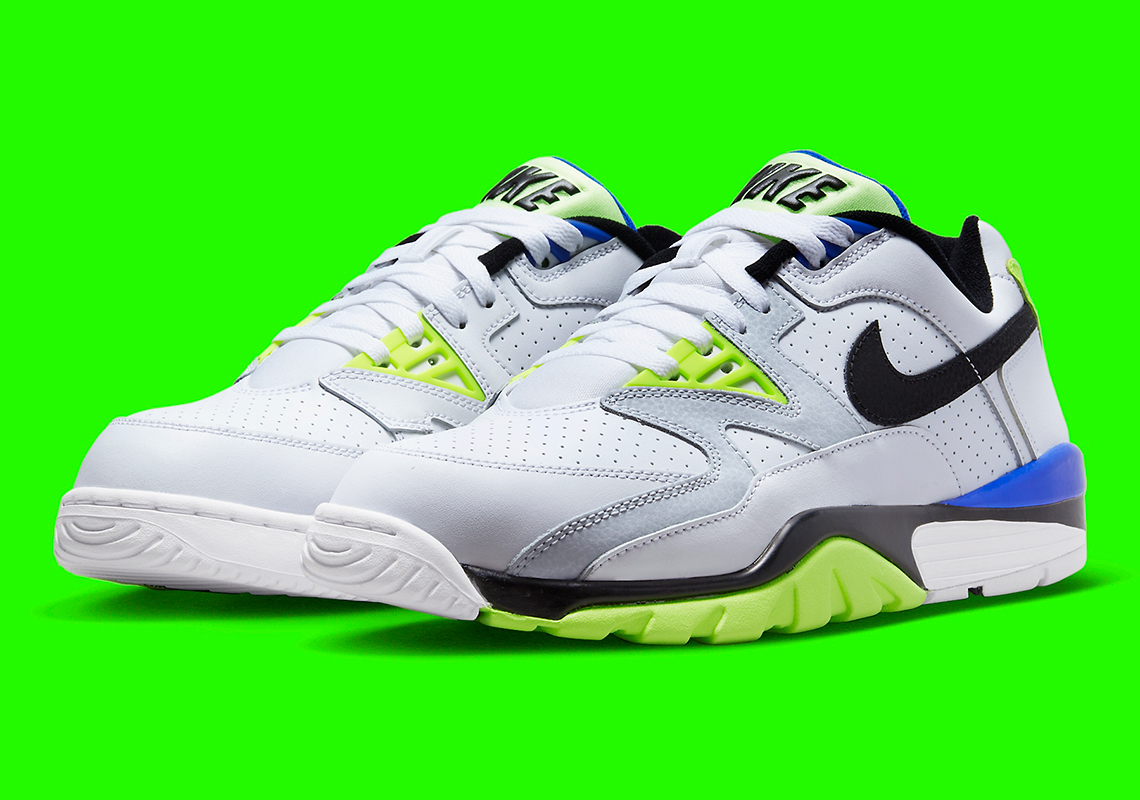 Following a dominant return at the beginning of 2021, the Nike Air Cross Trainer Low is seemingly reviving its early season releases with 2023 set to debut a”Volt” and “Royal” accented proposition pulled directly from the footwear section of a 90’s catalog.

Fueling its perforated base layer with a vintage crisp white upper, jet-black accents fill the thin strip of the midsole, its midfoot Swoosh and sock liner for an eye-catching contrast. A light grey tumbled leather extends along the forefoot while its slightly eye stays proffer the inclusion of the aforementioned titular hues. Treating its upper tongue and stitched heel tab in a “Volt” finish adorned with black branding, seldom samples of “Royal” coat the chenille texture of the inner tongue in tandem with its heel clip below. Concluding the ensemble with a sectioned white and neon tread, bright blue insignias lay claim to the insoles to finish the design elements.

While we sit tight on further release details, enjoy official images of the Air Cross Trainer Low “Volt/Royal” below in the meantime.

In other news from the Beaverton-based brand, check out the women’s exclusive Nike Dunk Low “Indigo Haze”. 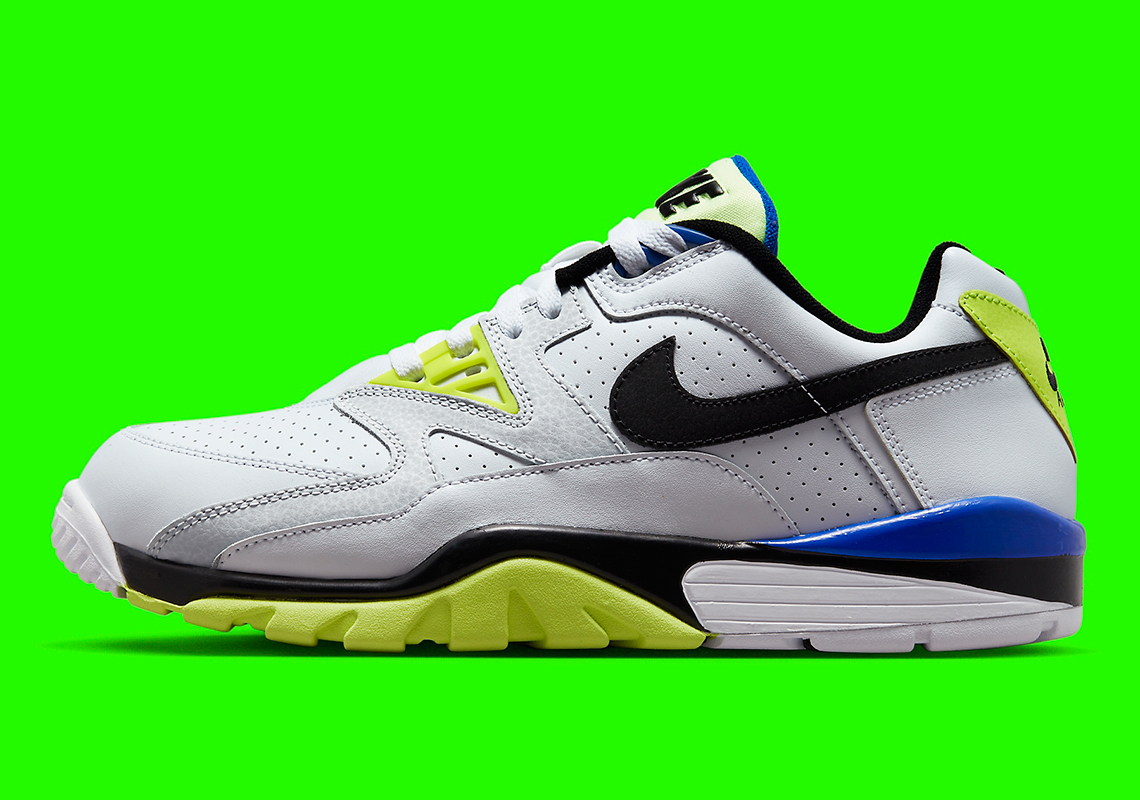 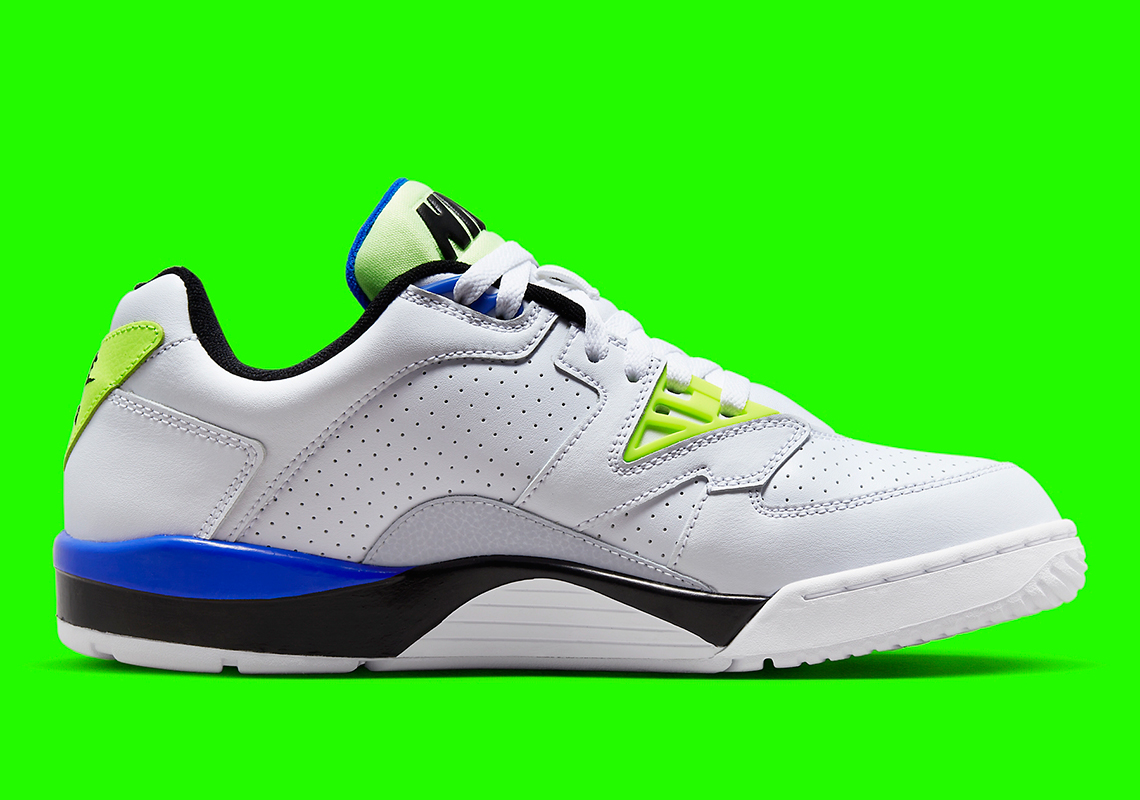 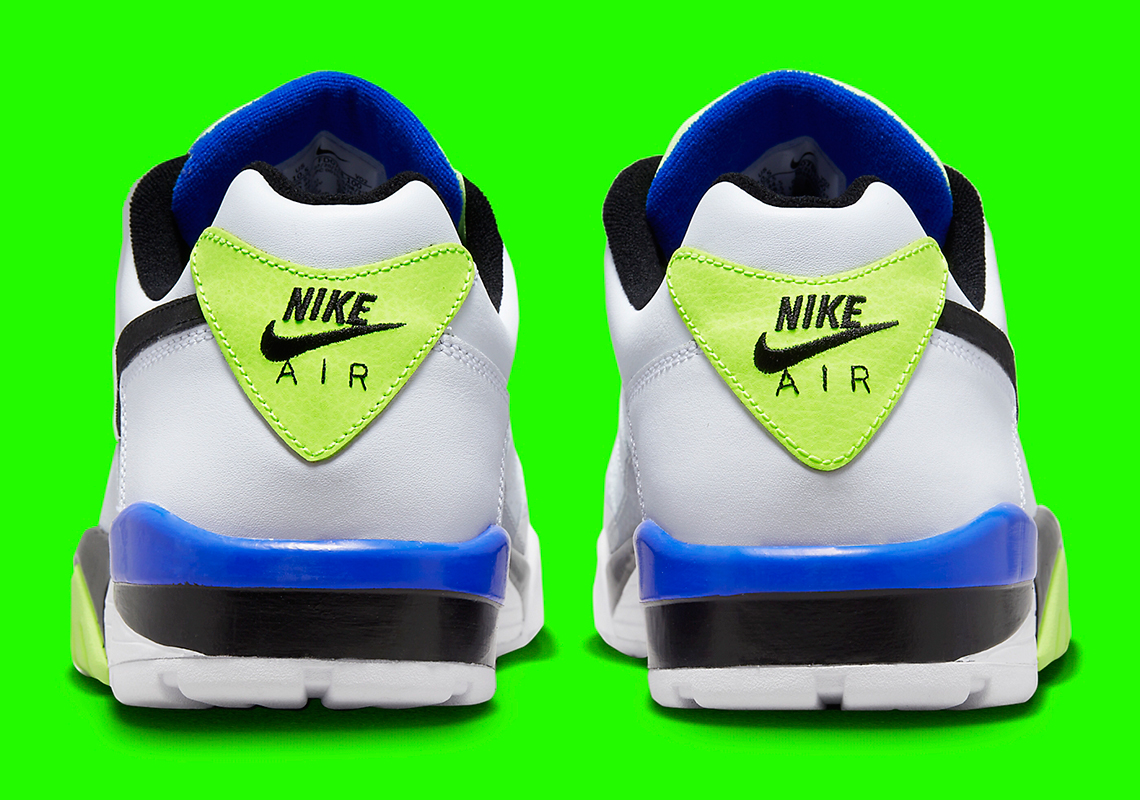 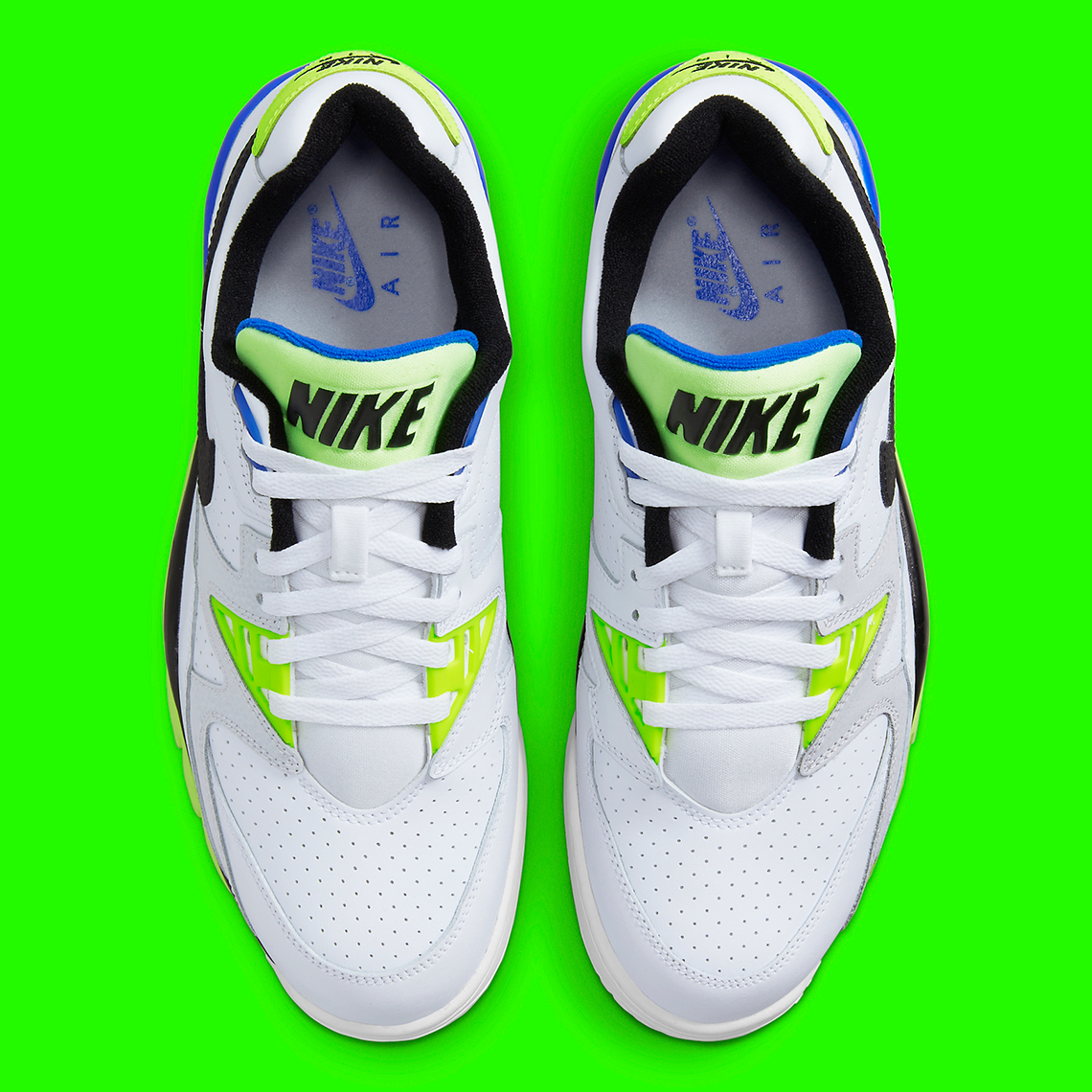 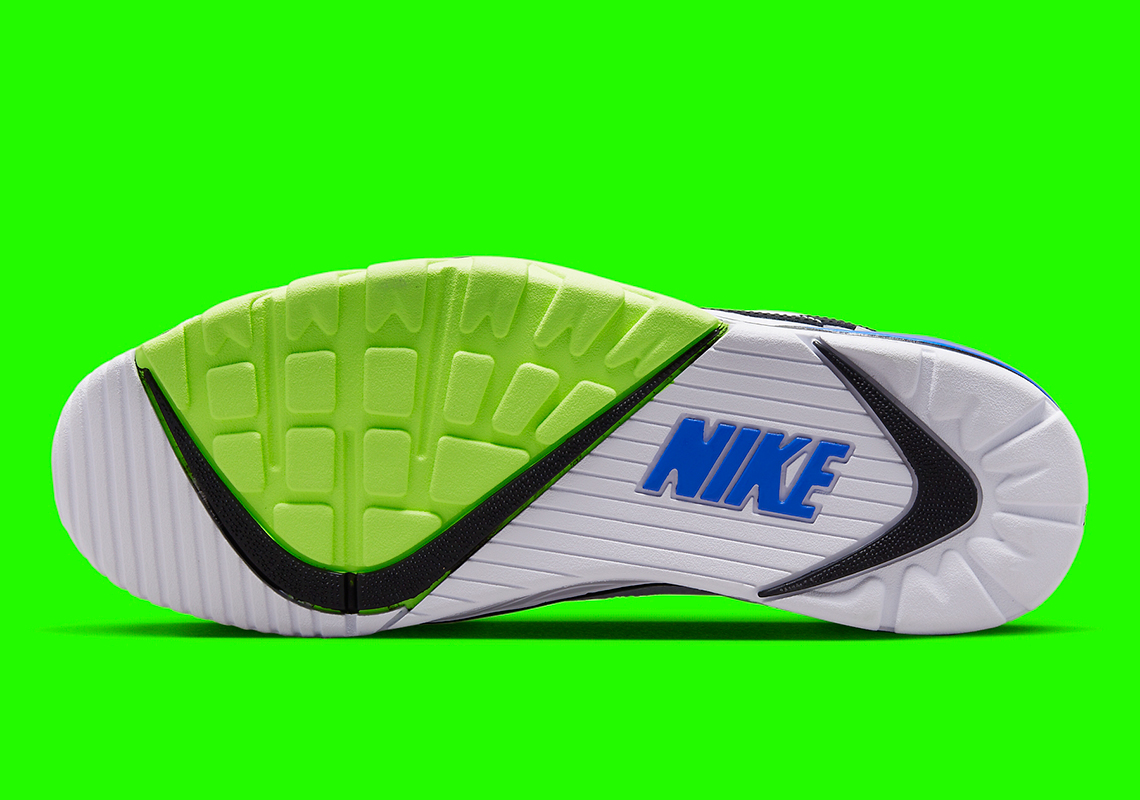 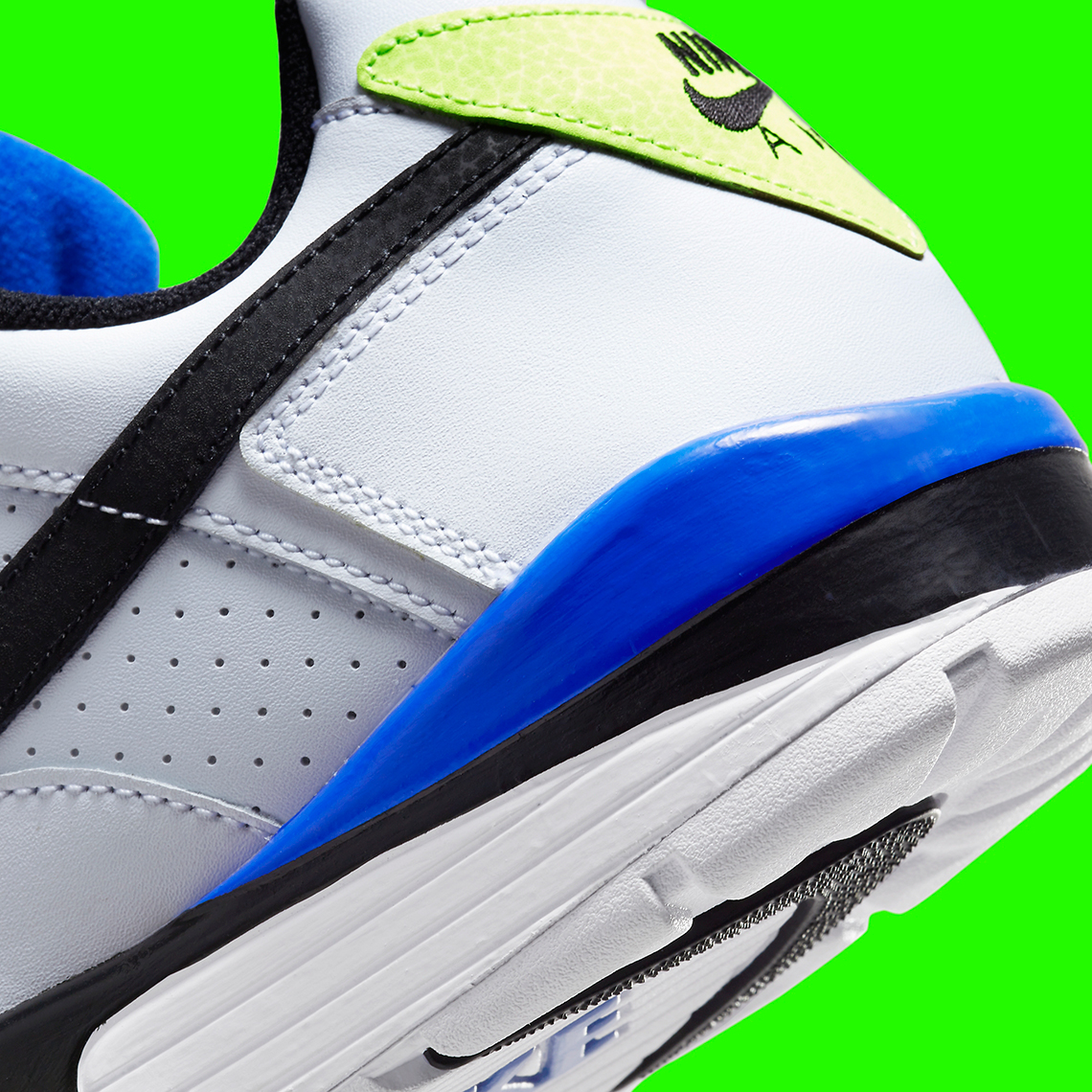 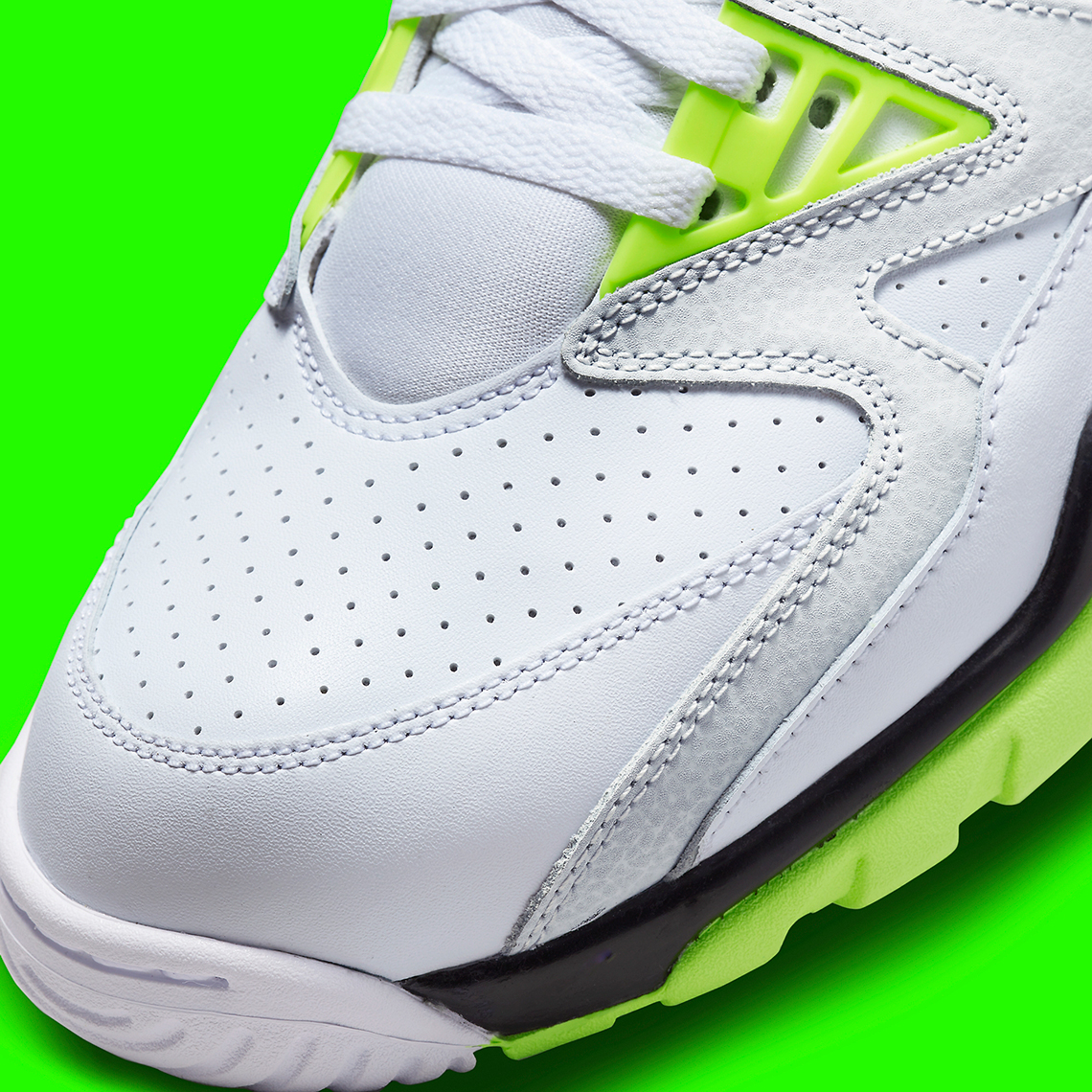