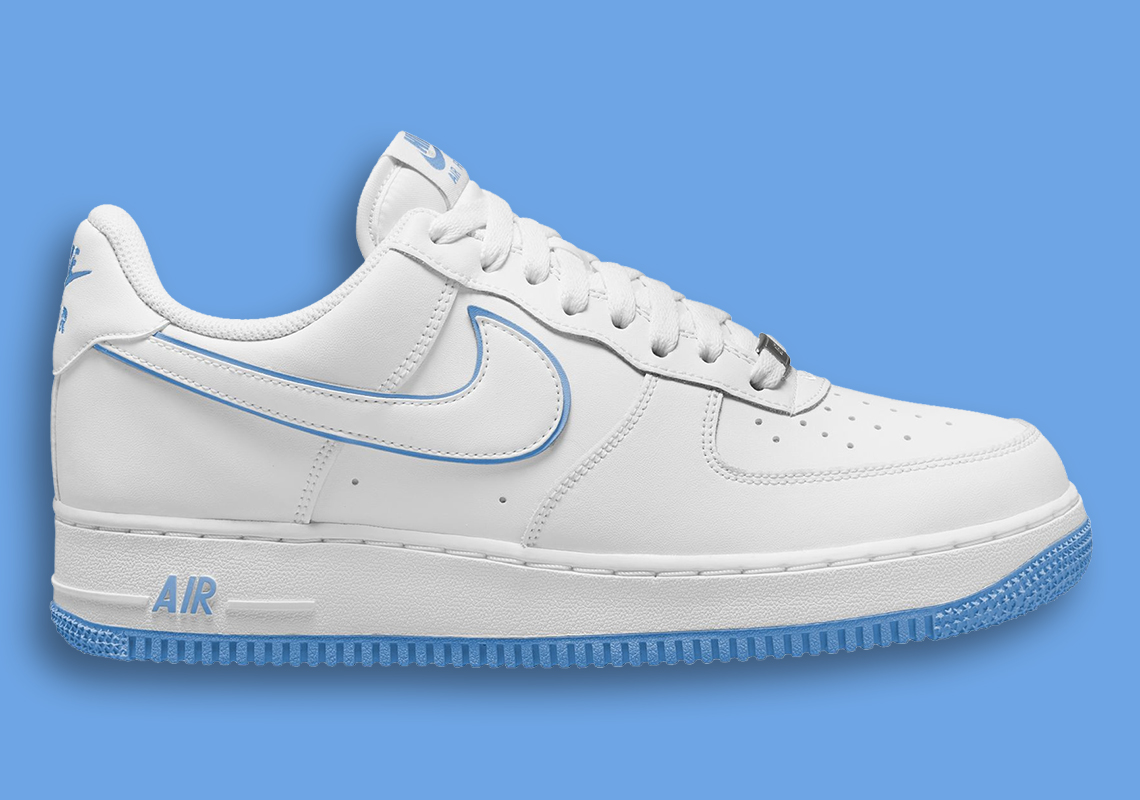 The Air Force 1 has fallen in love with “University Blues” this year, coating the silhouette in both dominant and seldom fashion using everything from its Fontanka to low-top constructions. Most recently employing the UNC-inspired hue unto the silhouette’s 40th anniversary edition tooling, the latest Air Force 1 Low instead indulges in the latter’s use as an accent.

The model’s tried-and-true “Triple-White” aesthetic is enacted, proffering a brightened color-match across its laces, tongue, sock liner and smooth leather overlays. While not ideal for the unpredictable weather of the coming months, light Carolina Blues enter the fold through a secondary outline along the midfoot Swoosh in tandem with both its tongue and heel tabs while a crisp white midsole interjects between the clad colored tread underfoot. Metallic dubraes and iced out forefoot Swooshes additionally harken the pairs OG tooling in conclusion.

While we sit tight on further release details, enjoy official images of the Air Force 1 Low “White/University Blue” below in the meantime.

For more under the NIKE Inc. umbrella, take a first-look at the upcoming Jarritos x Nike SB Dunk Low collaboration. 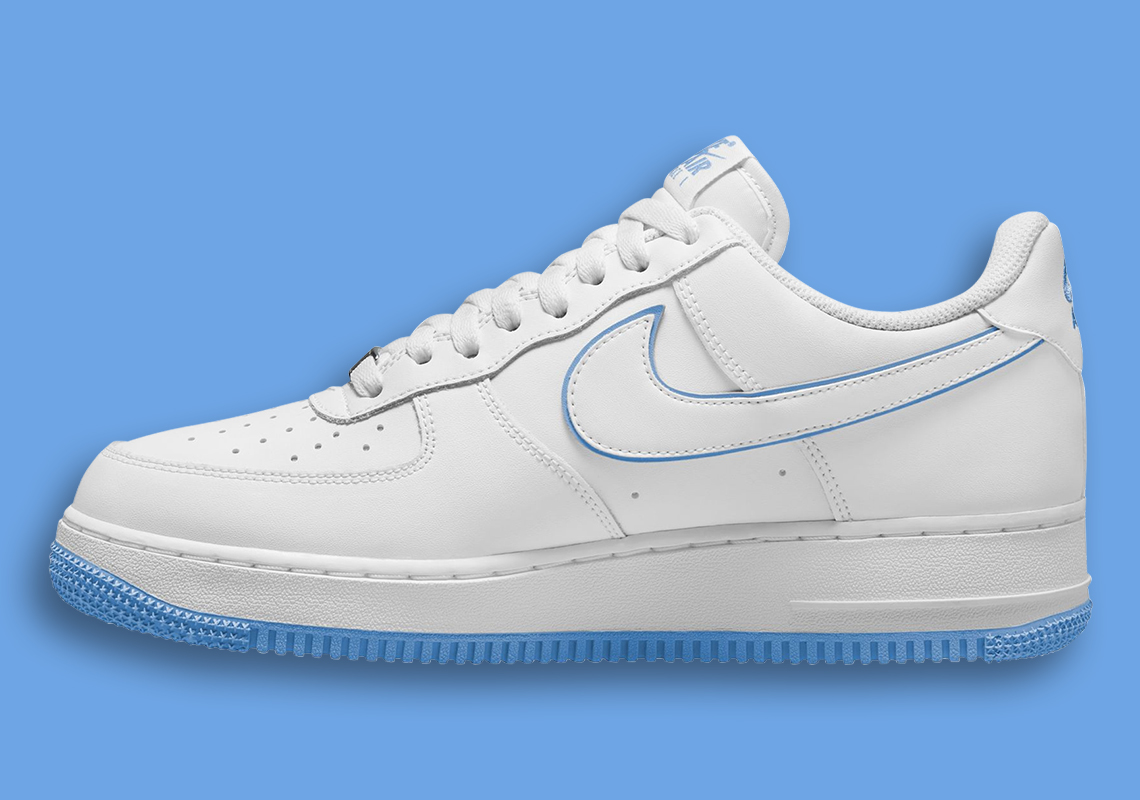 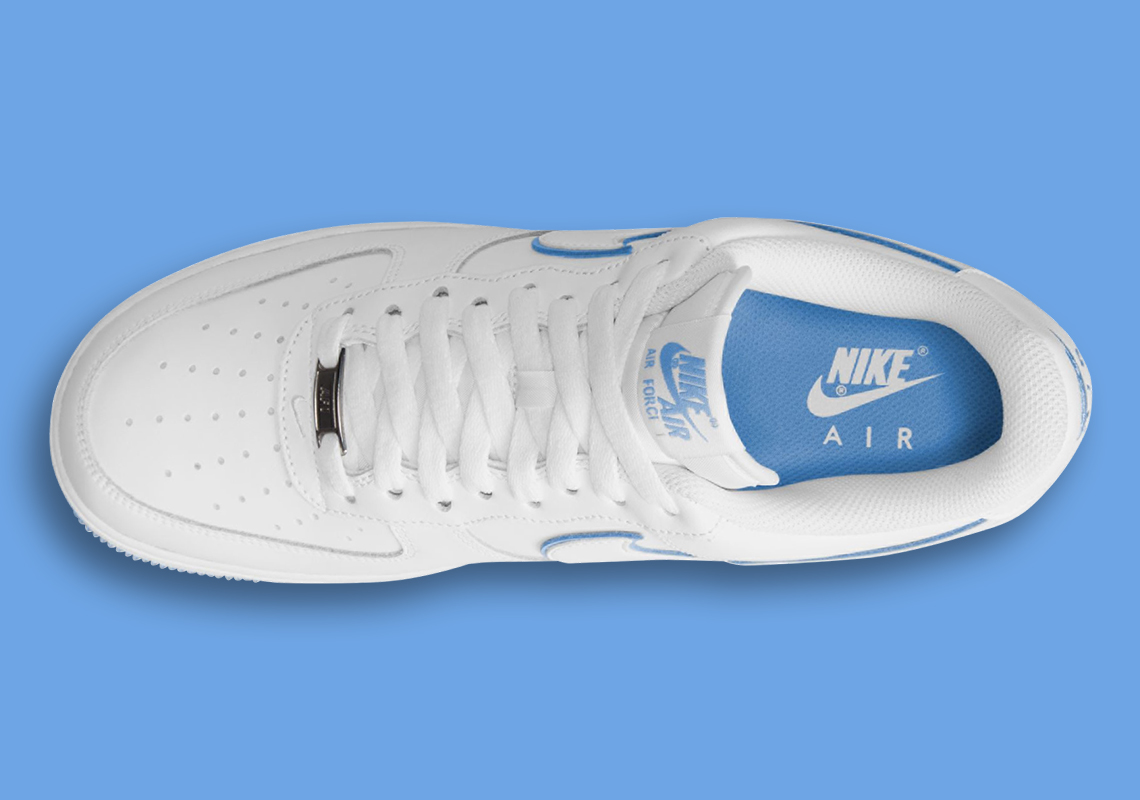 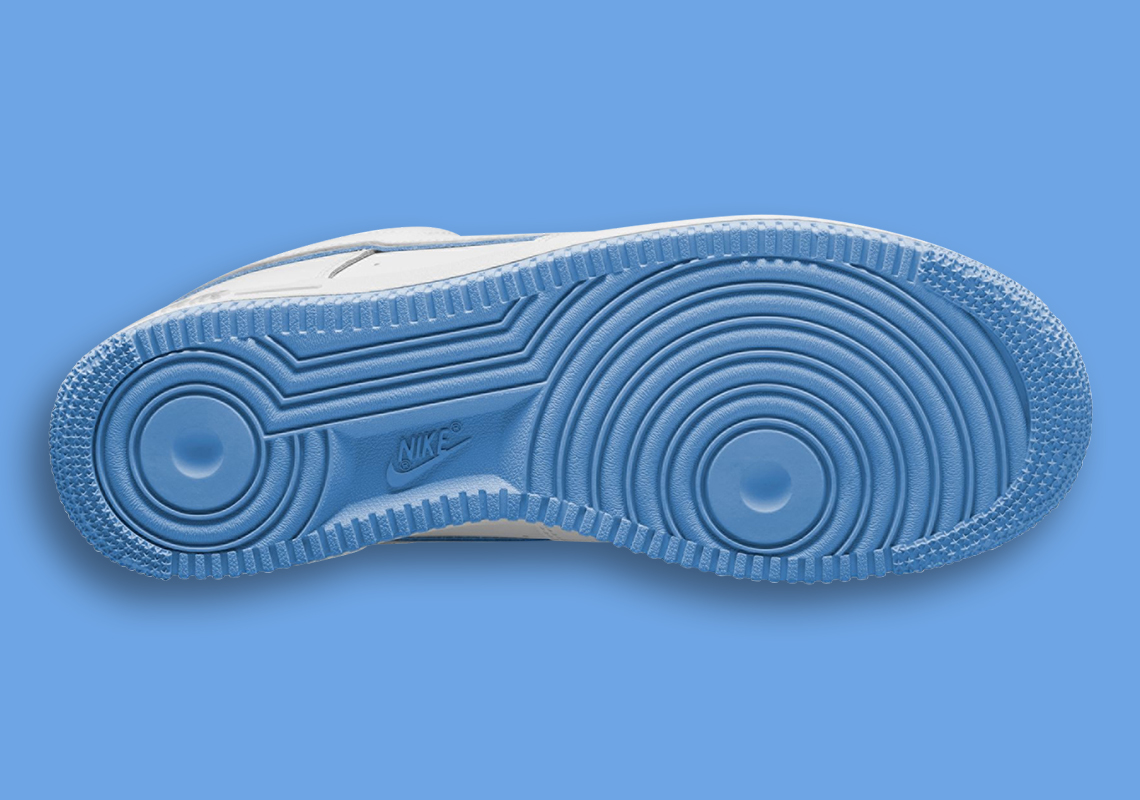