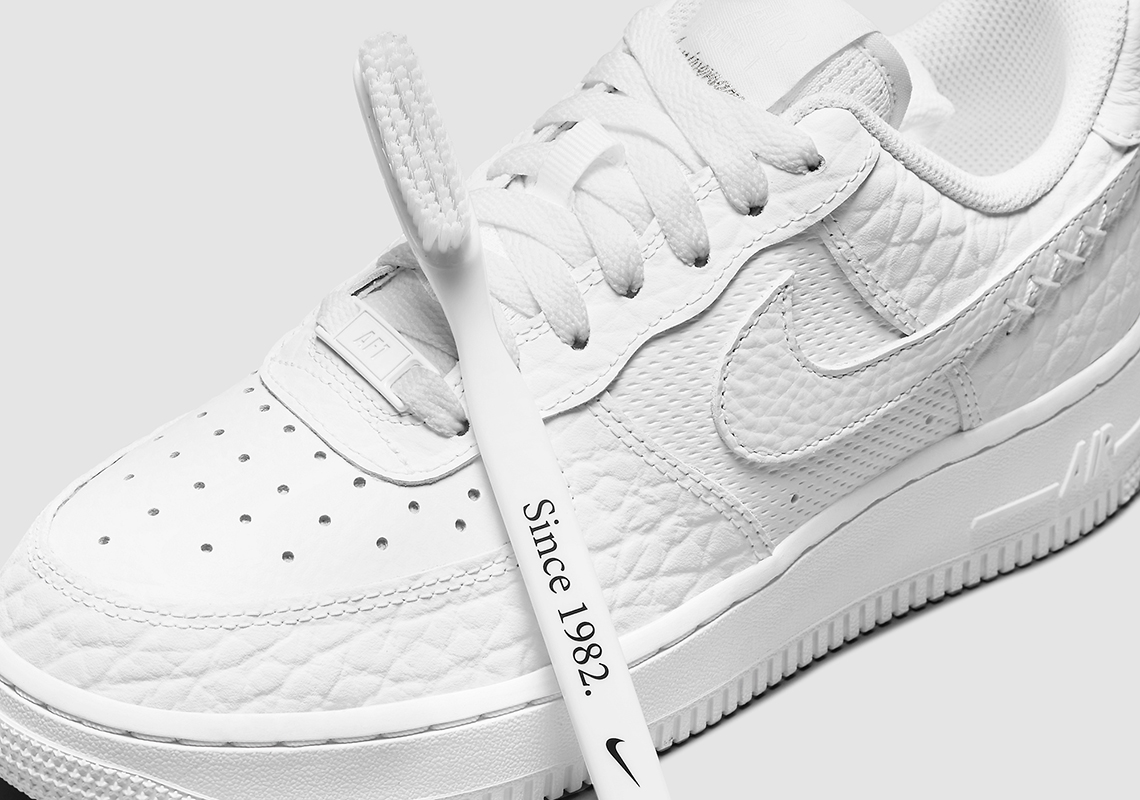 Among the wide assortment of Air Force 1 tributes in its soon-to-end 40th Anniversary campaign, few touched on the street-focused foundations of the model like the “Color Of The Month” program. After all, consumers adopting the basketball shoe for casual wear is the reason why we’re even celebrating this milestone in the first place, isn’t it?

Earlier this year, Nike introduced the ’82 silhouette in timeless colorways, relying on a classic gum sole, retro NIKE AIR branding on the heel, and a toothbrush accessory as a nod to AF-1 mongers doing their best to keep their Forces clean after a day’s wear. After the final “Metallic Silver” colorway, Nike’s changing it up a bit by ushering in something a bit more modern, utilizing a variety of textures that harken back to the foregone Bespoke AF1 era from 21 Mercer.

The upper aims for high contrast as it pairs a large grain tumbled leather at the fore-foot and heel, a smaller placement on the Swoosh, jersey mesh textures at the mid-panel, and flat leather at the toe-box. Mesh covers the tongue as well, while the outsole rids the yellow gum for a pure white. Adding to this distinct Color Of The Month issue is the baseball stitching at the tail of the Swoosh.

Could this be a precursor to 2023’s Color Of The Month program, or this release just a way to wrap up the entire series? See the official images ahead and expect this release to arrive in the coming weeks. 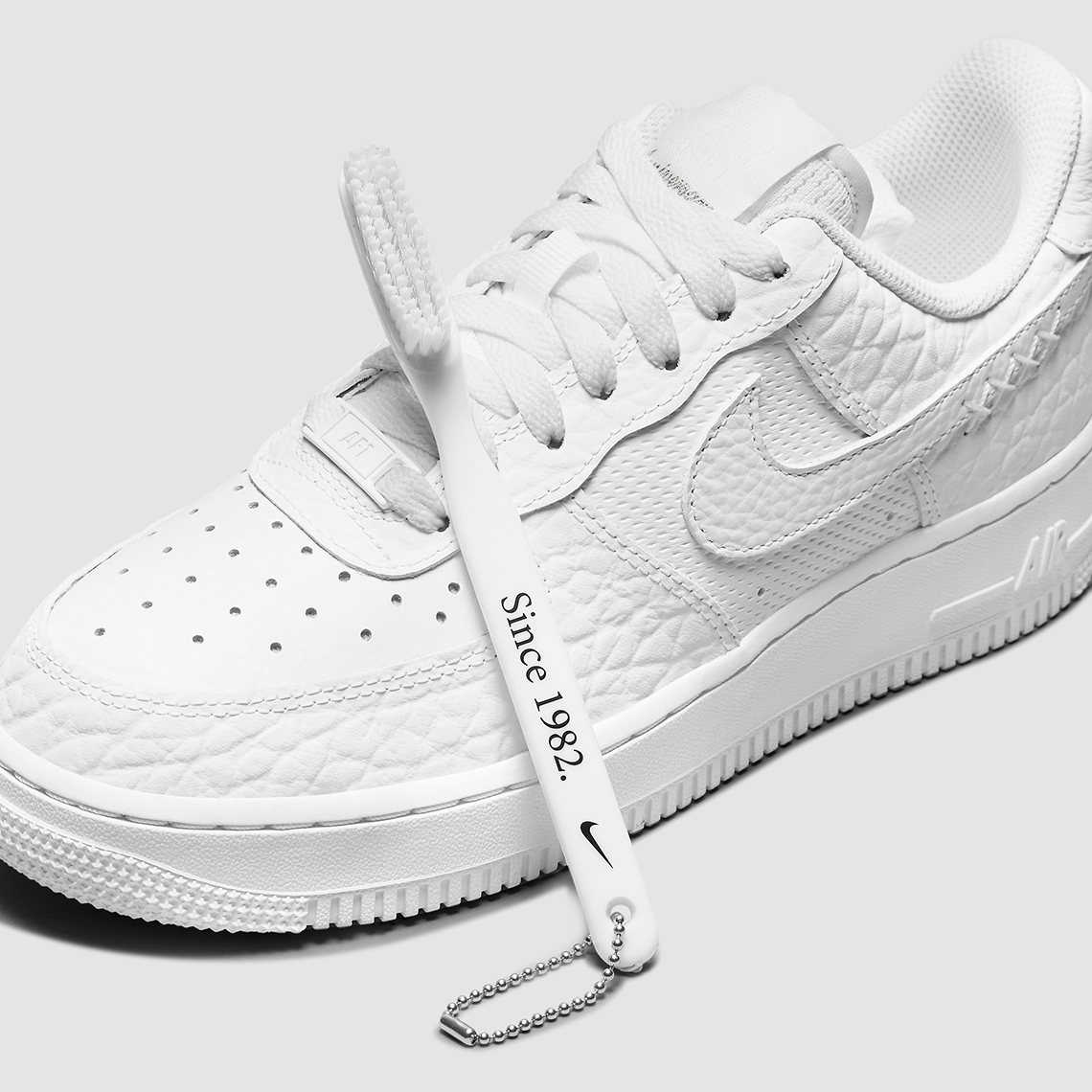 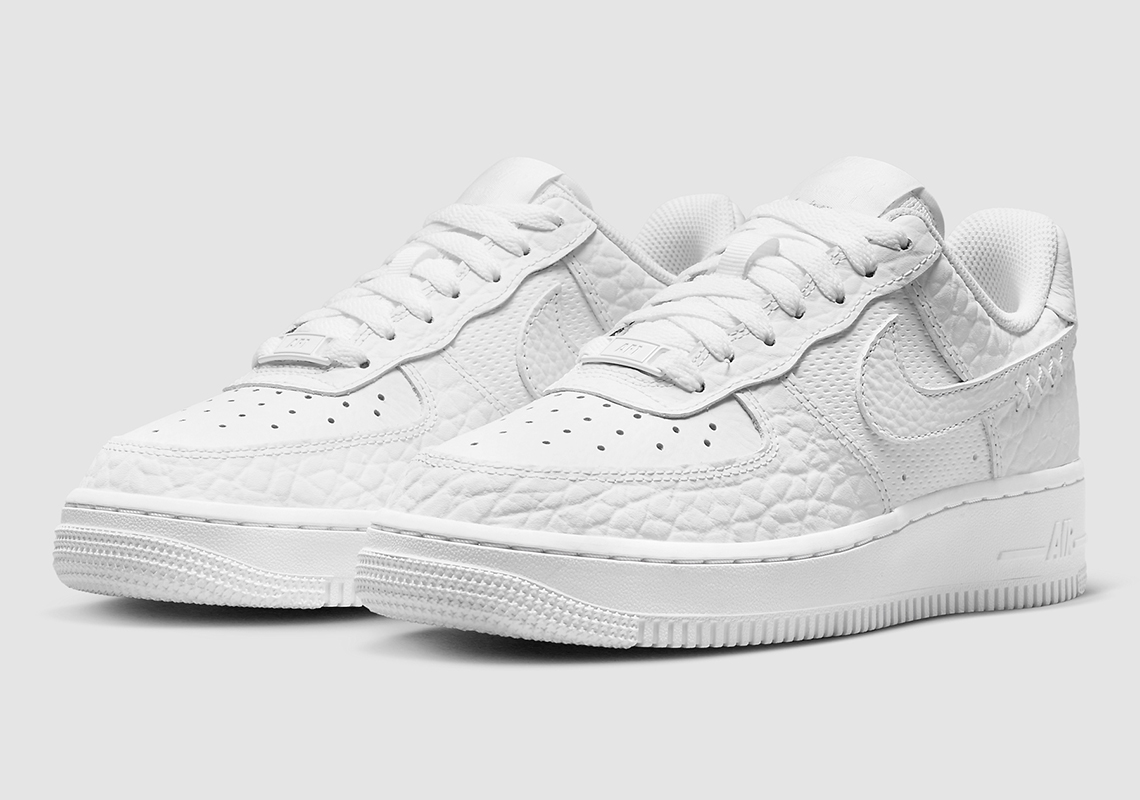 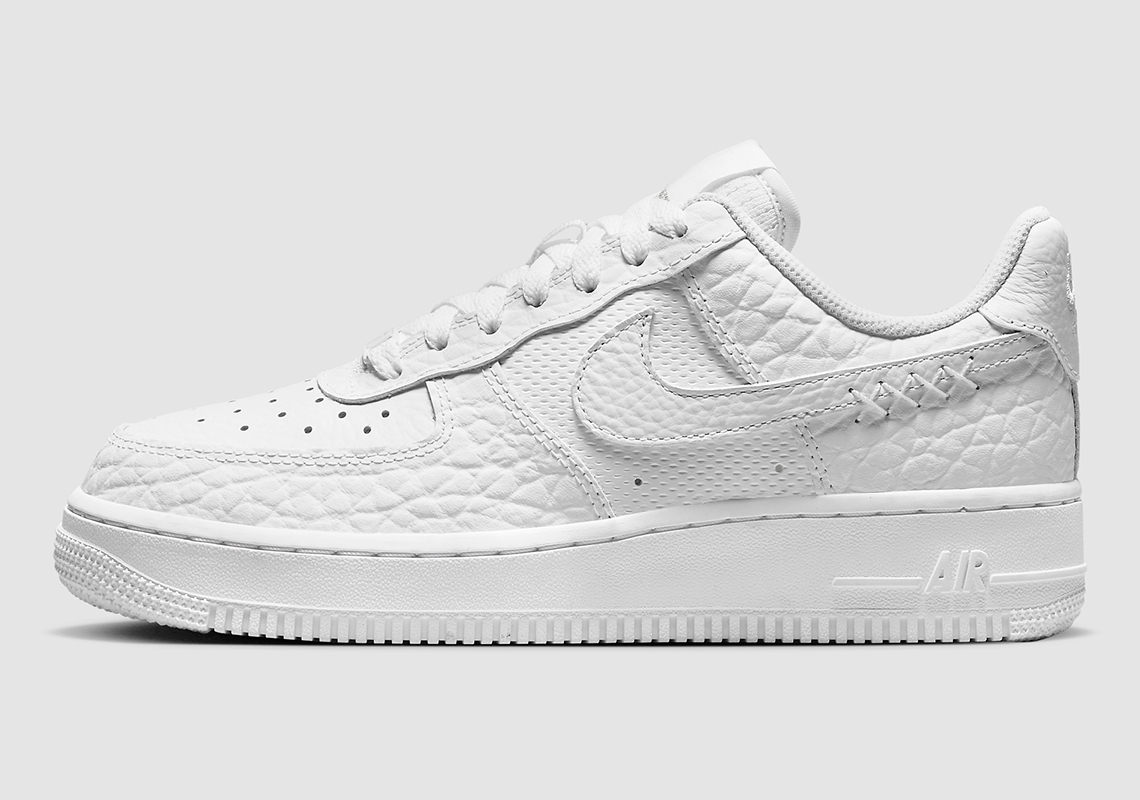 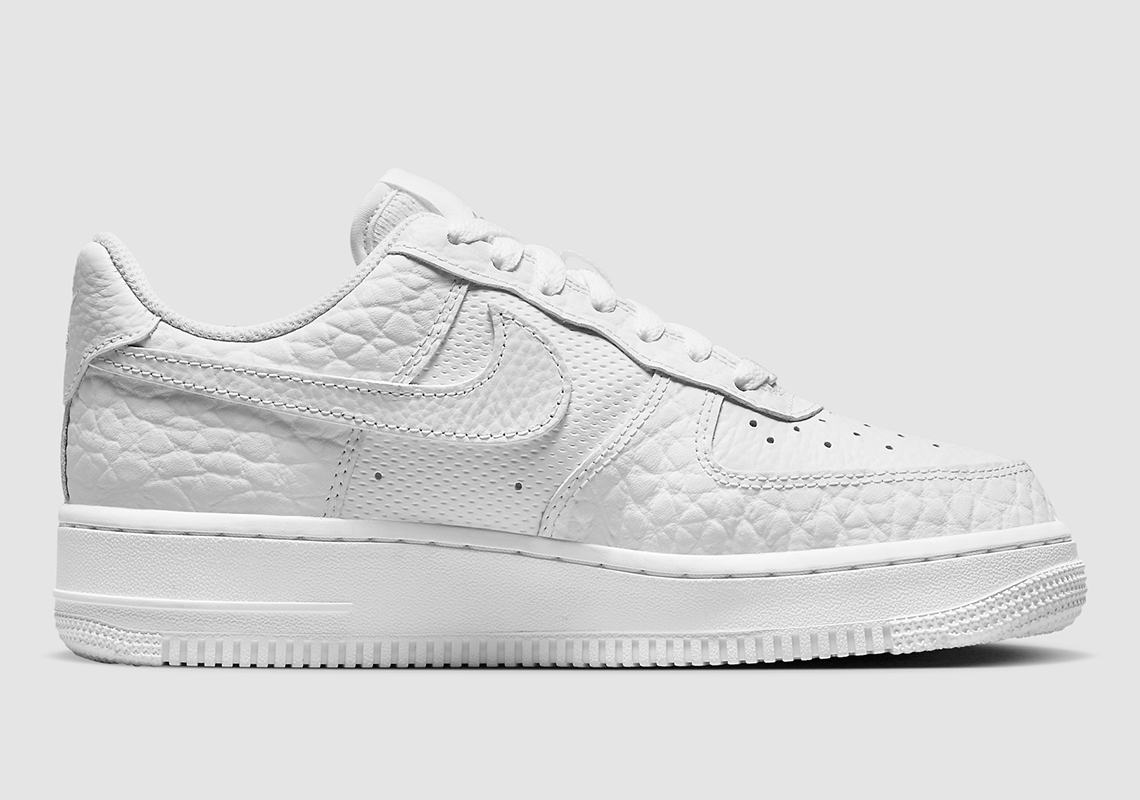 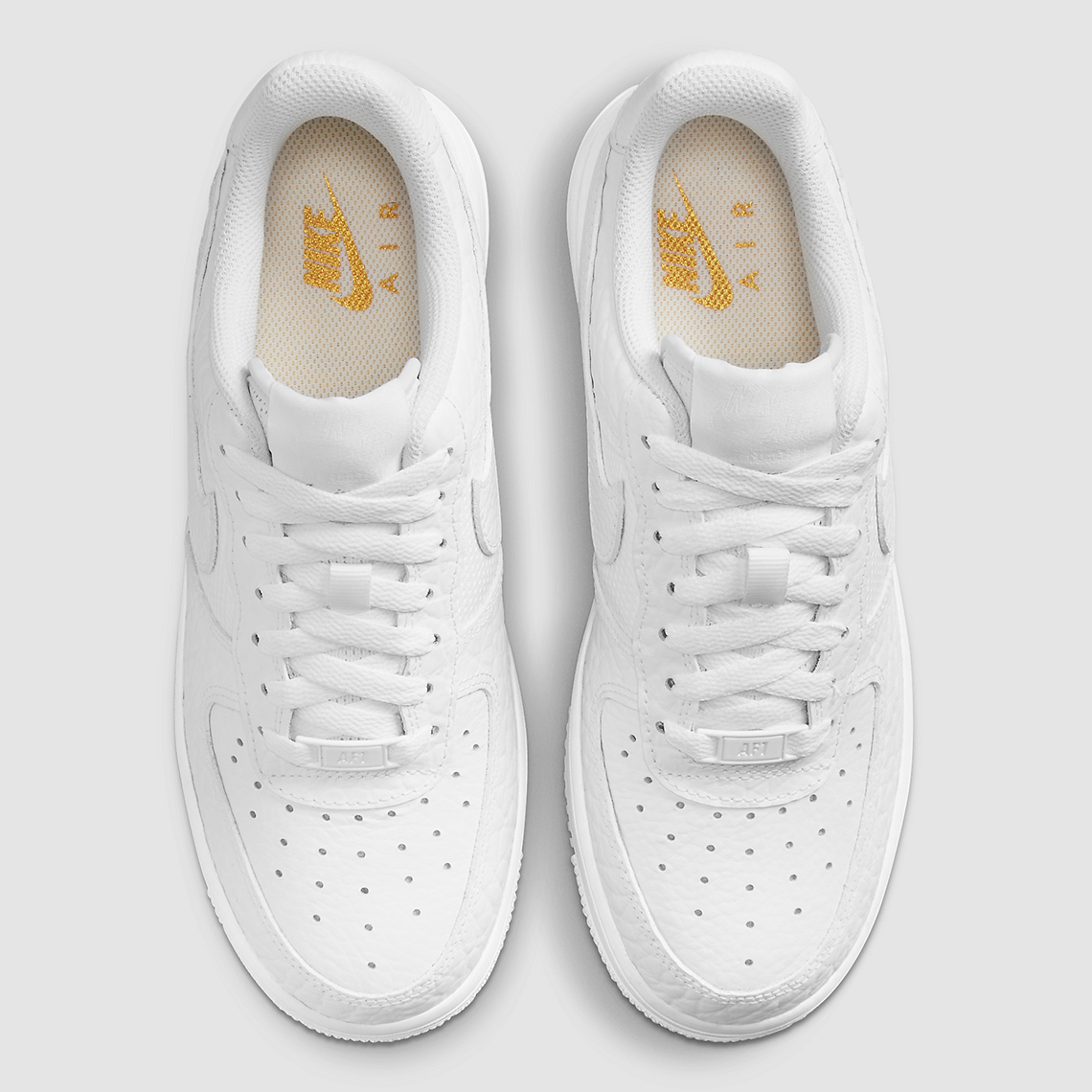 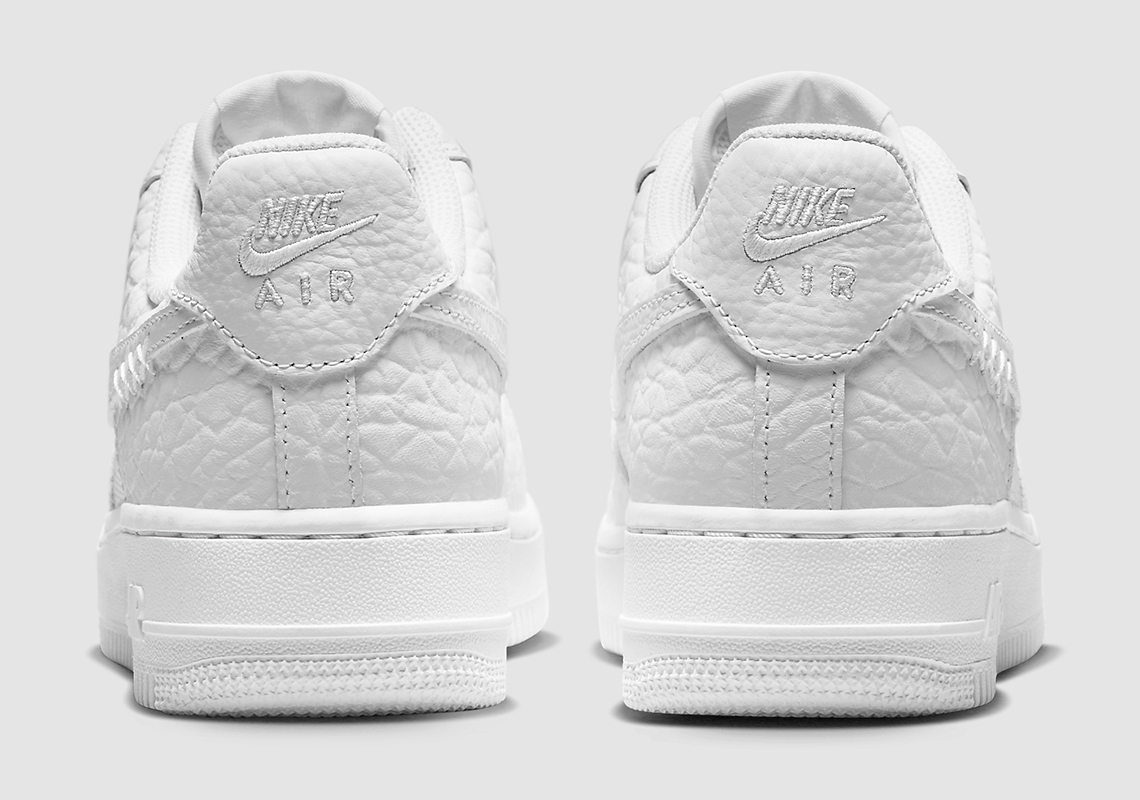 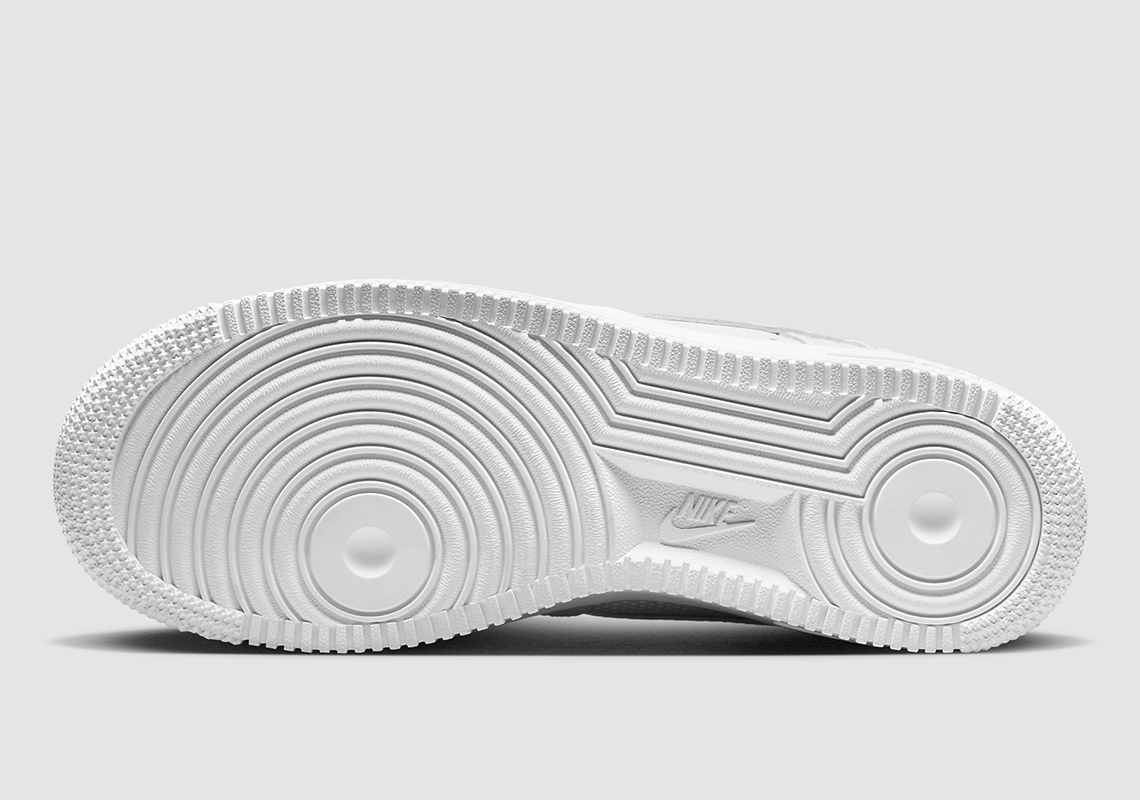 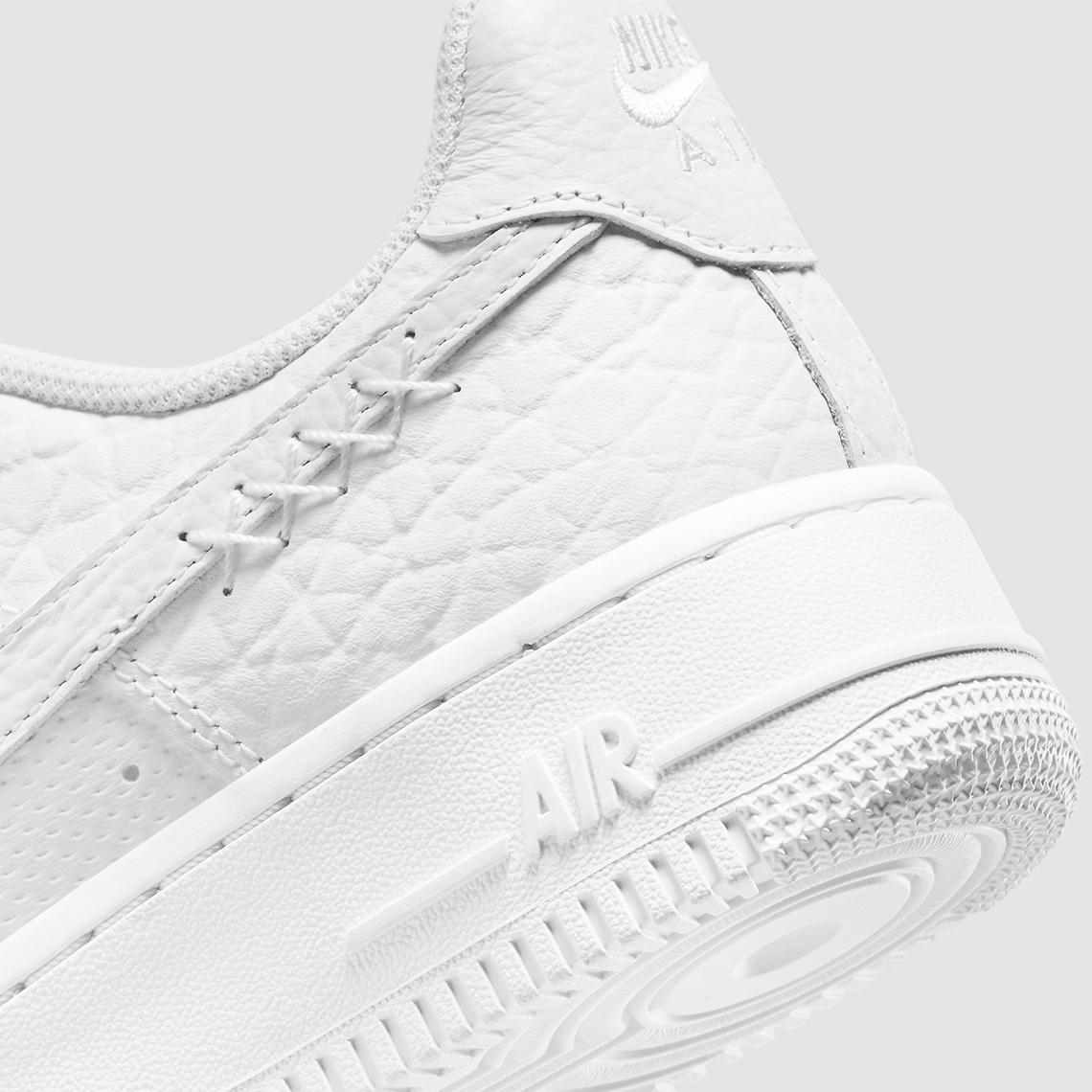 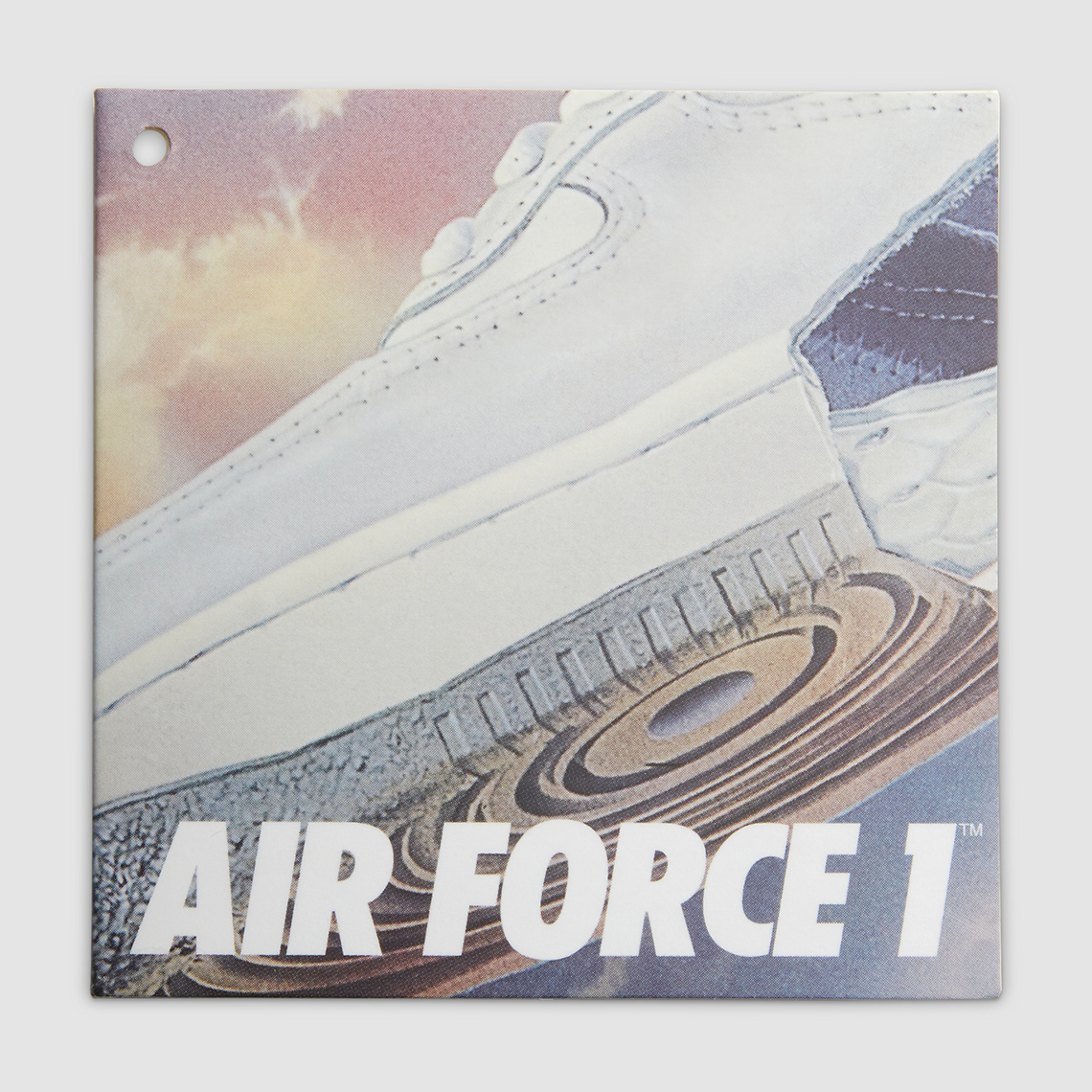 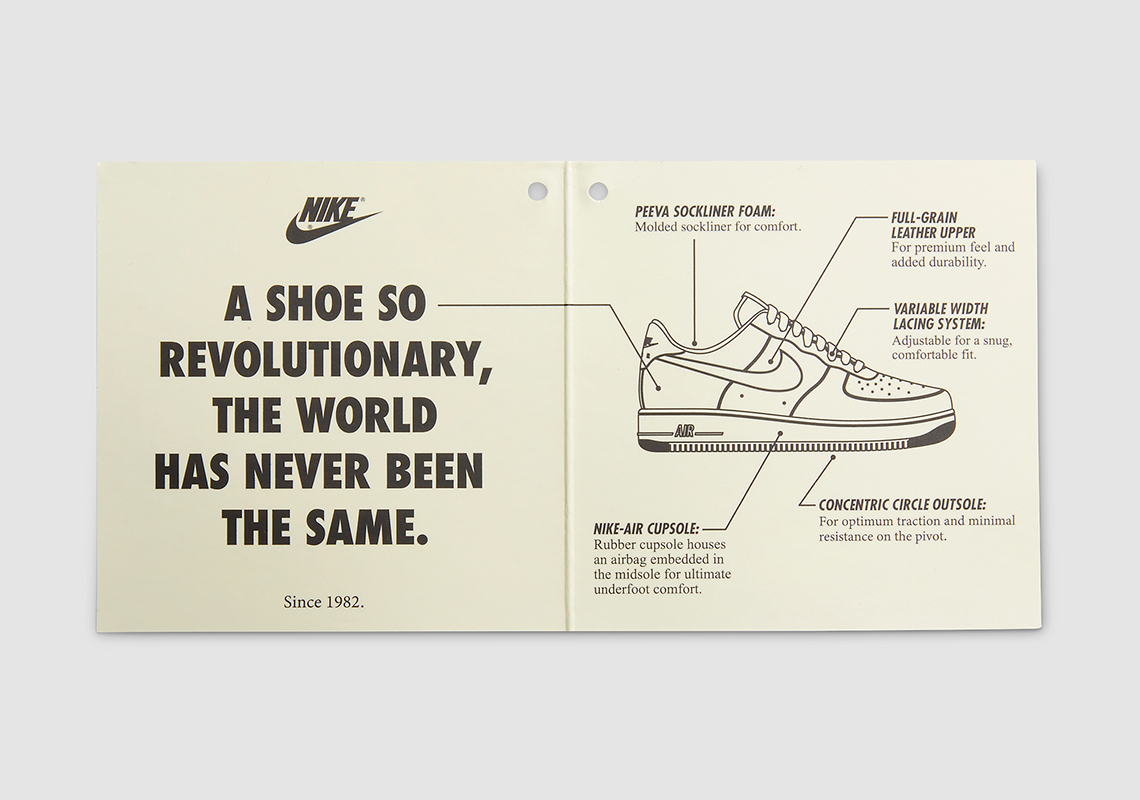 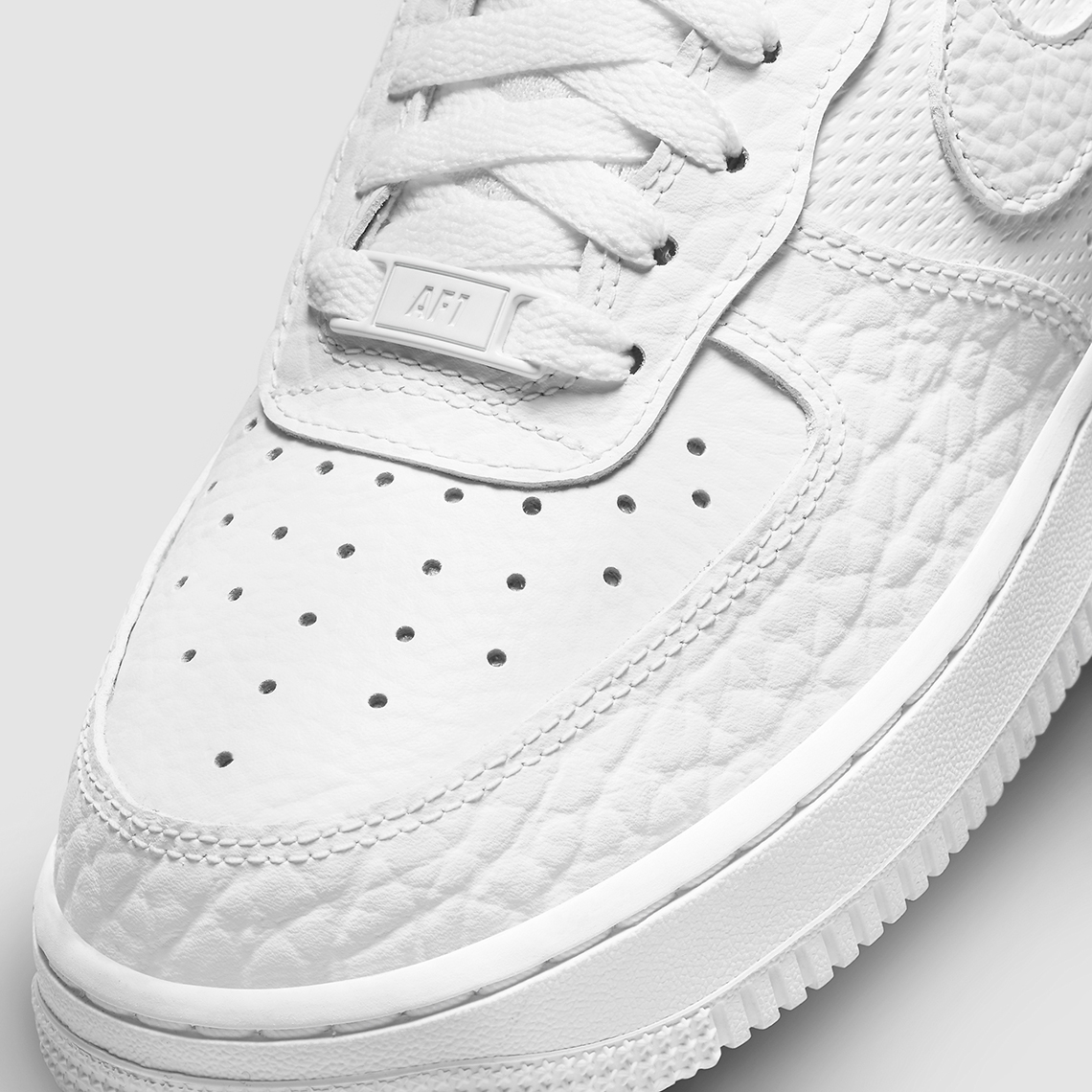