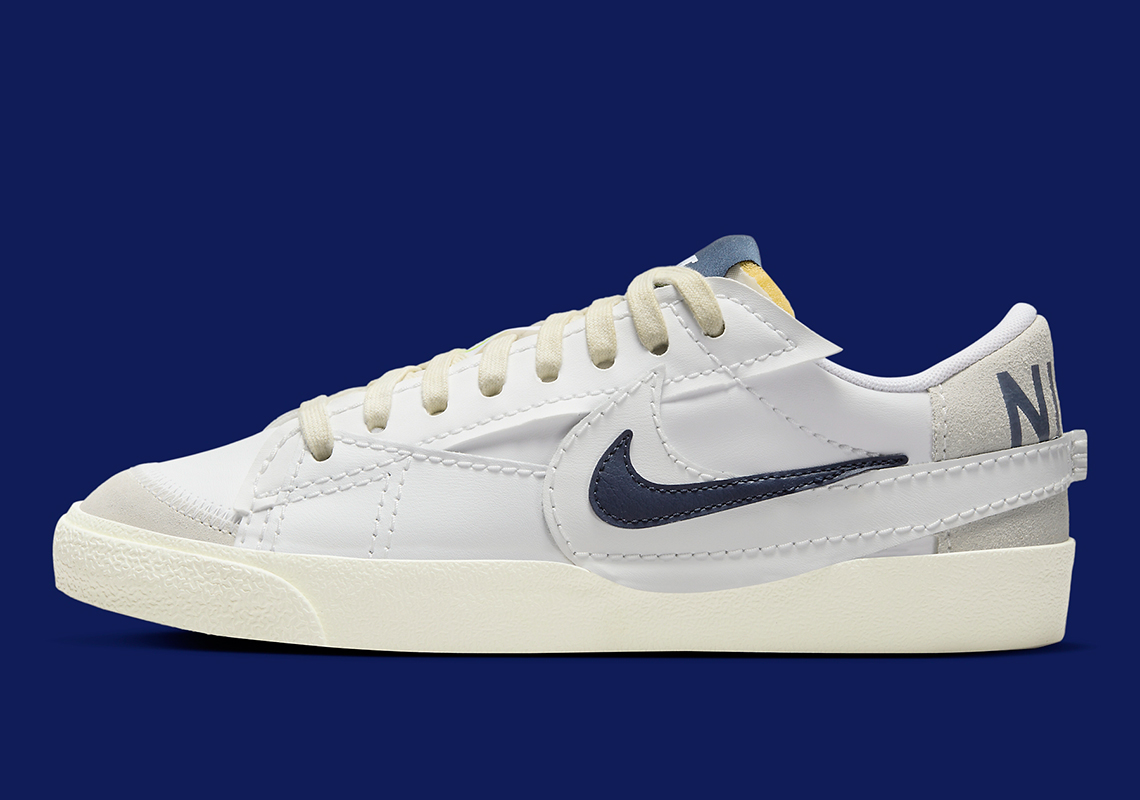 The women’s Nike Blazer Low Jumbo has quietly garnered a cult-like following over the last year. Before 2022 ends, the silhouette has taken on another double-swoosh look.

As with the original version of the Nike Blazer, the Swoosh’s first basketball sneaker, the unreleased pair features a predominantly white color scheme across its upper and sole unit. Grey suede provides contrast and durability at the tip of the toe and spine, while navy-colored accents on the top of the tongue, lateral smaller swoosh, and “NIKE” branding on the heel further deliver contrast to the offering. A winking smiley face graphic sits atop the laces, further experimenting with the updated Nike Blazer Low. Underfoot, sole units opt for a slightly-yellowed, but standard arrangement.

Enjoy official images of the women’s pair ahead, and expect a Nike.com launch soon.

For more swoosh-branded sneakers, check out the latest from the Air Max line. 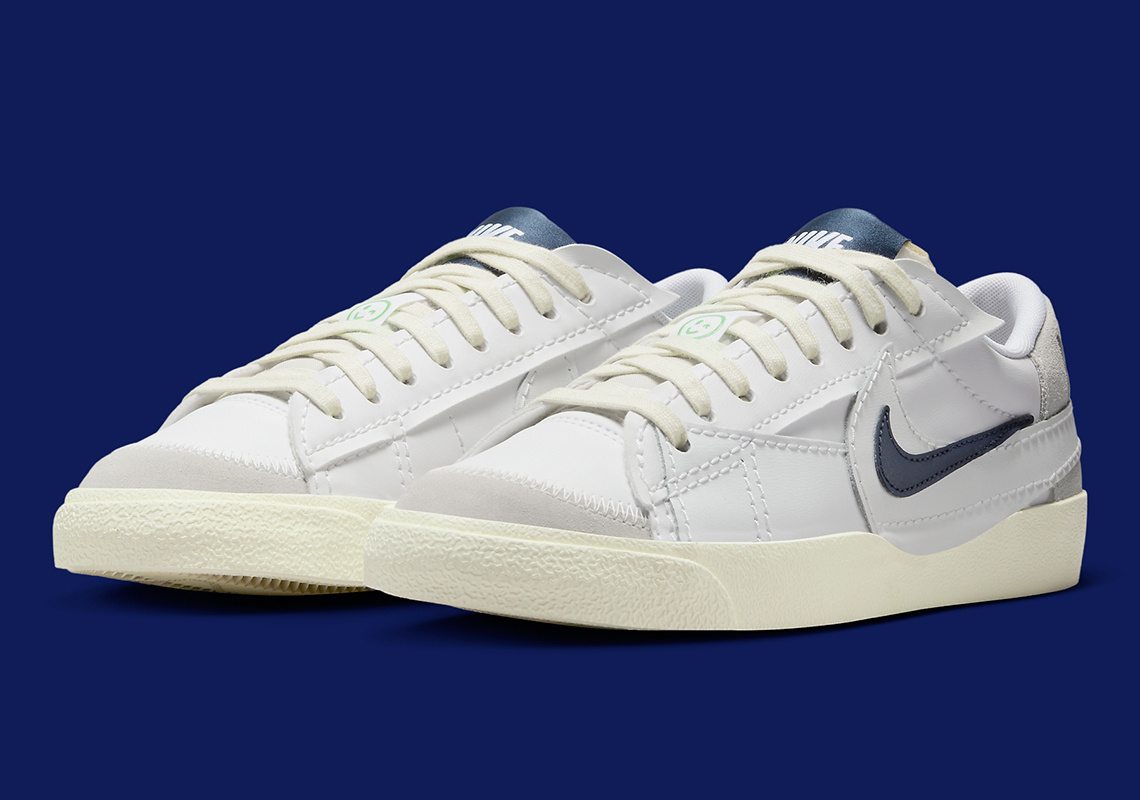 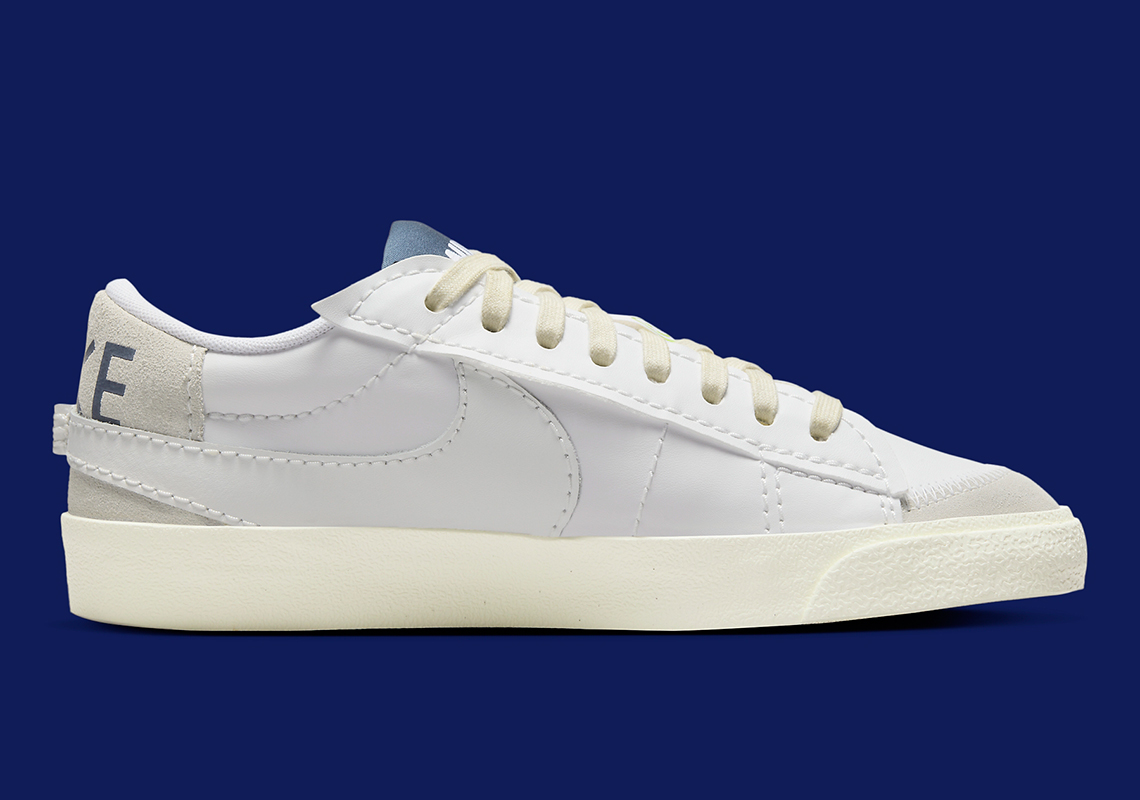 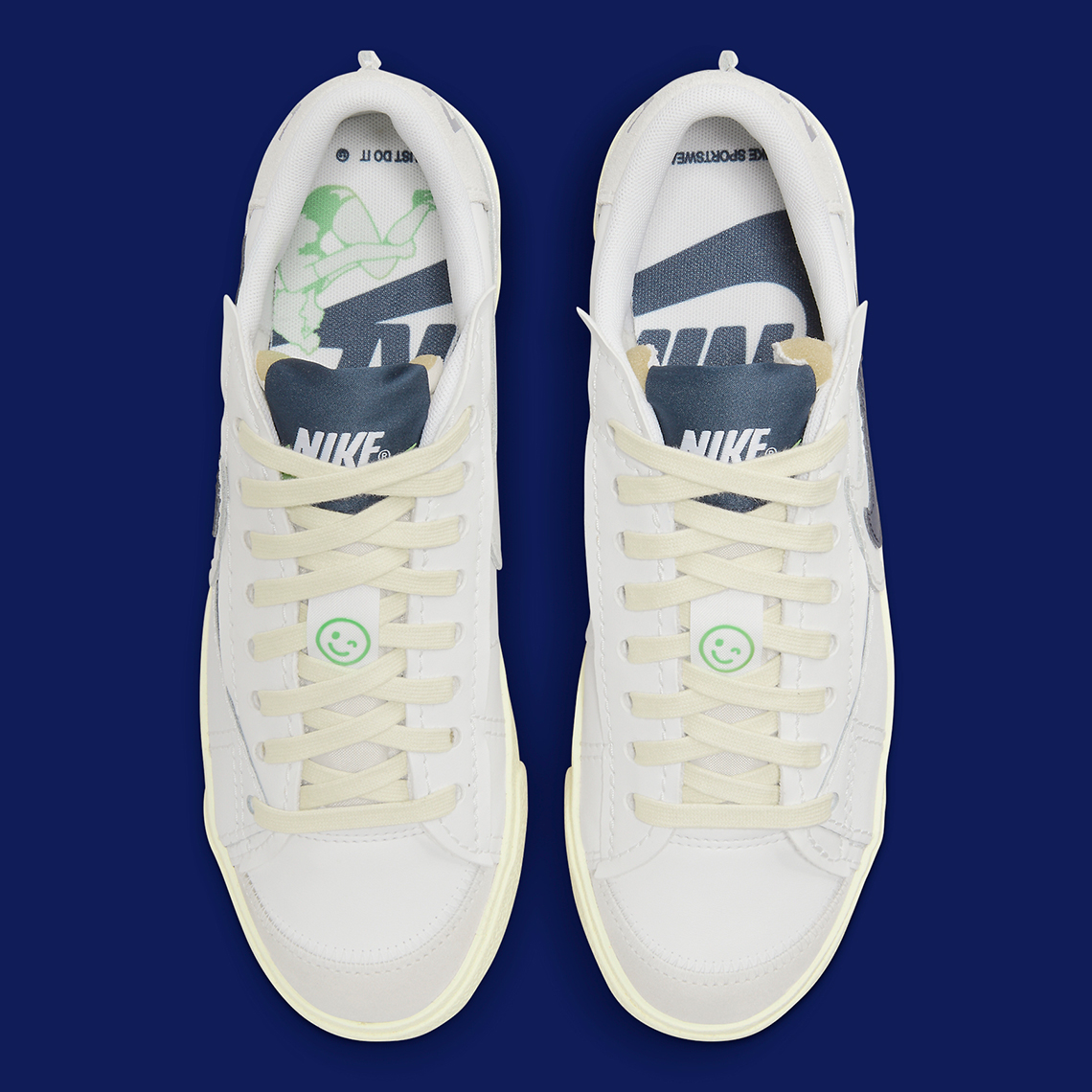 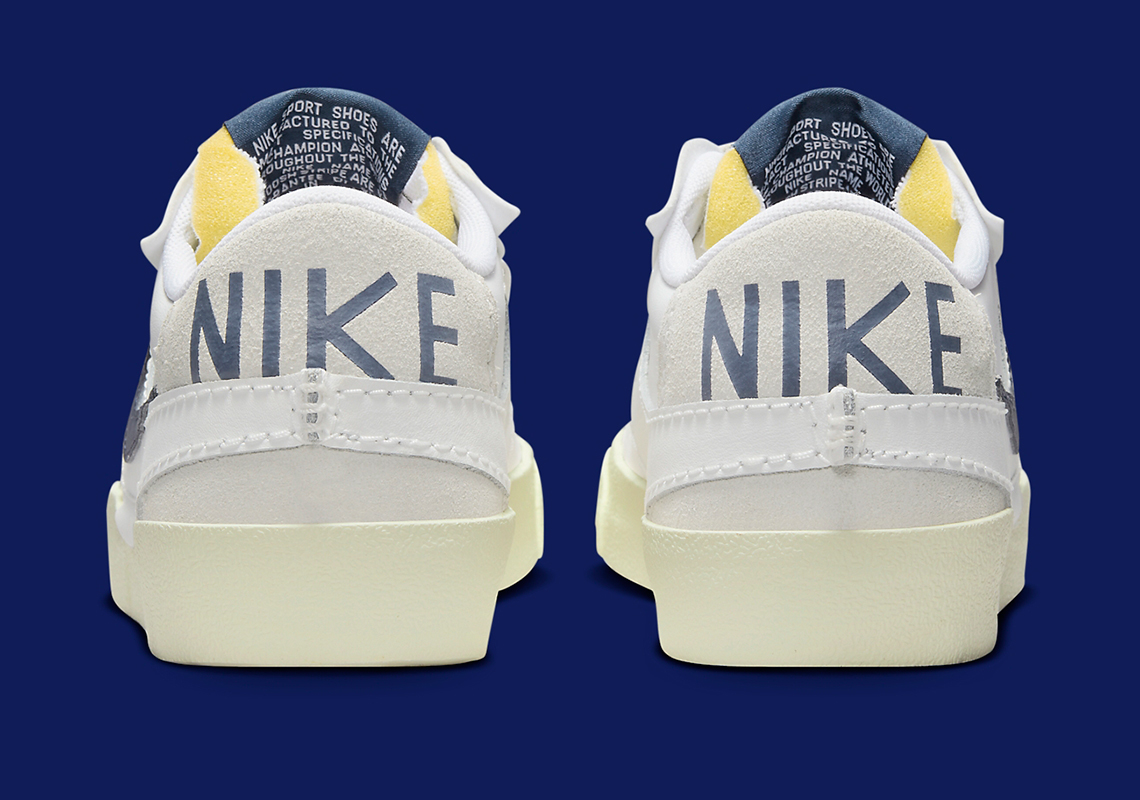 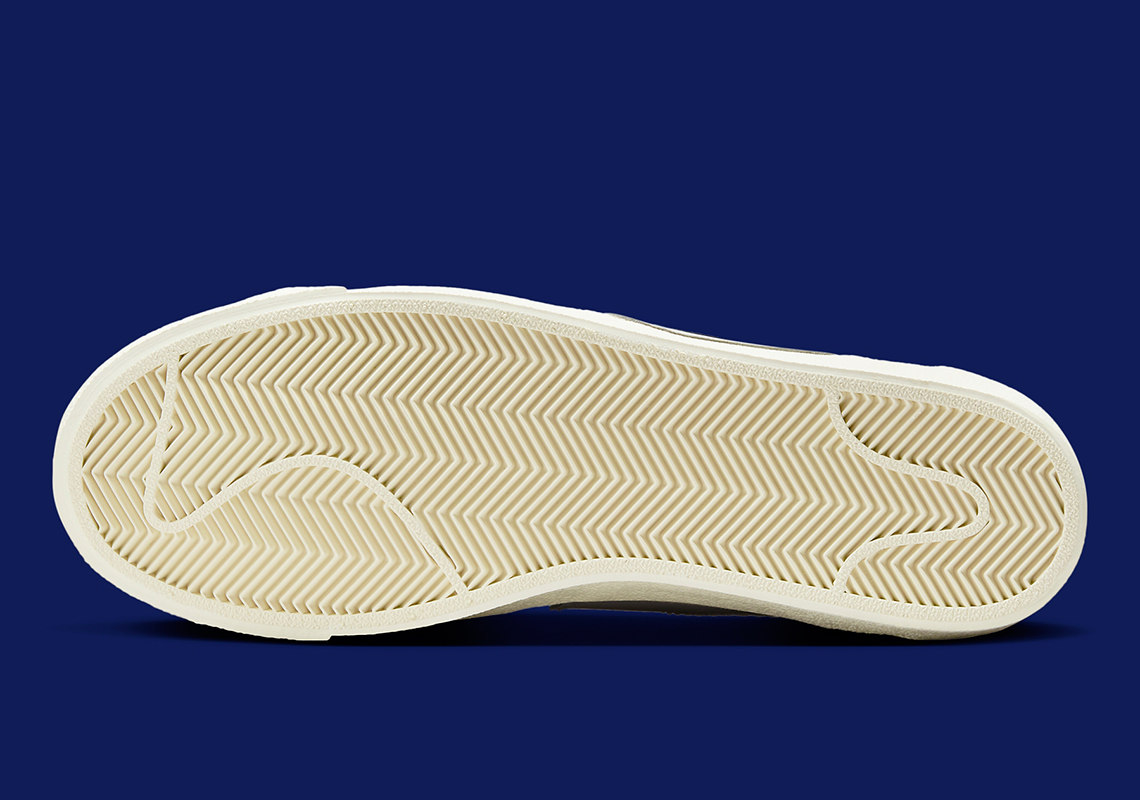 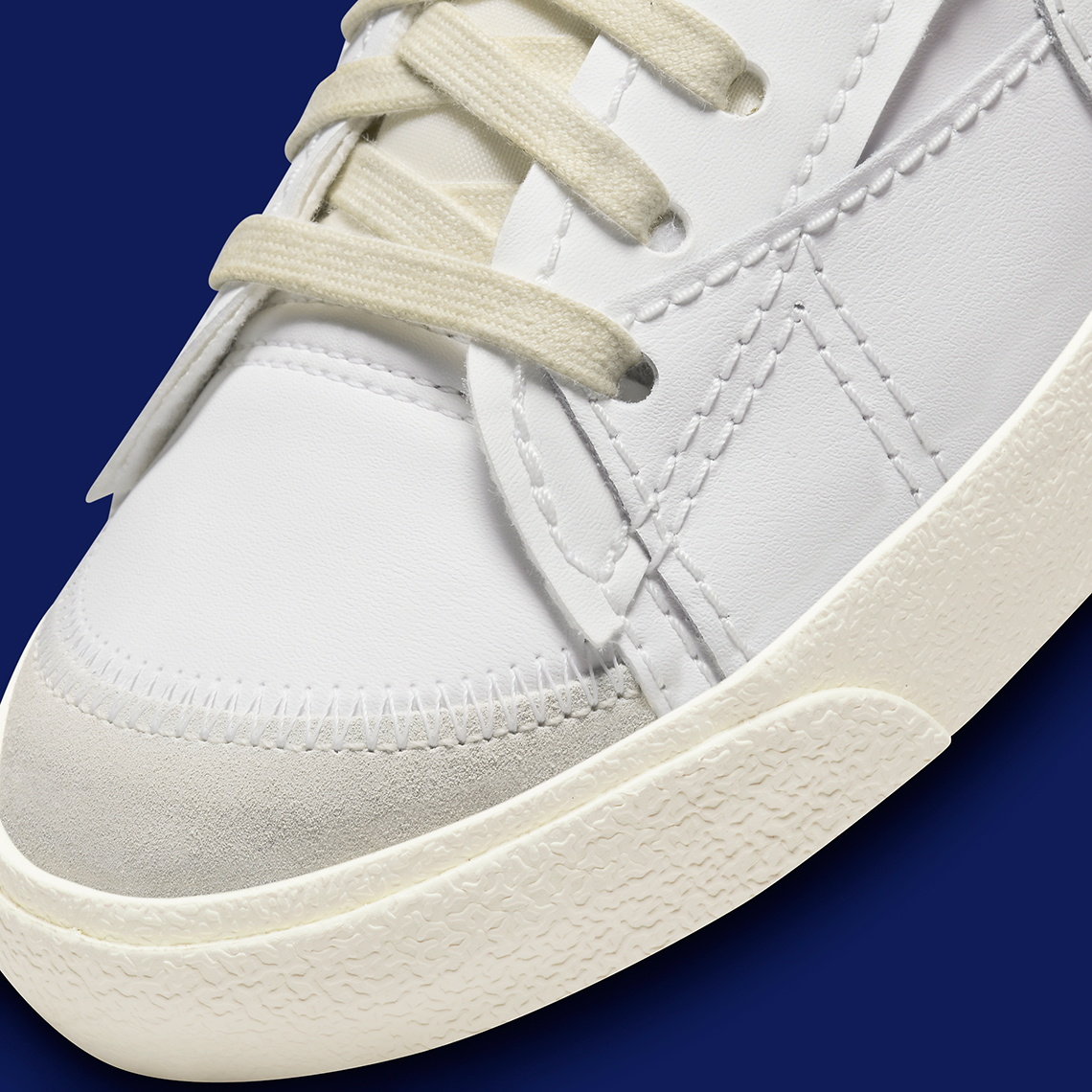 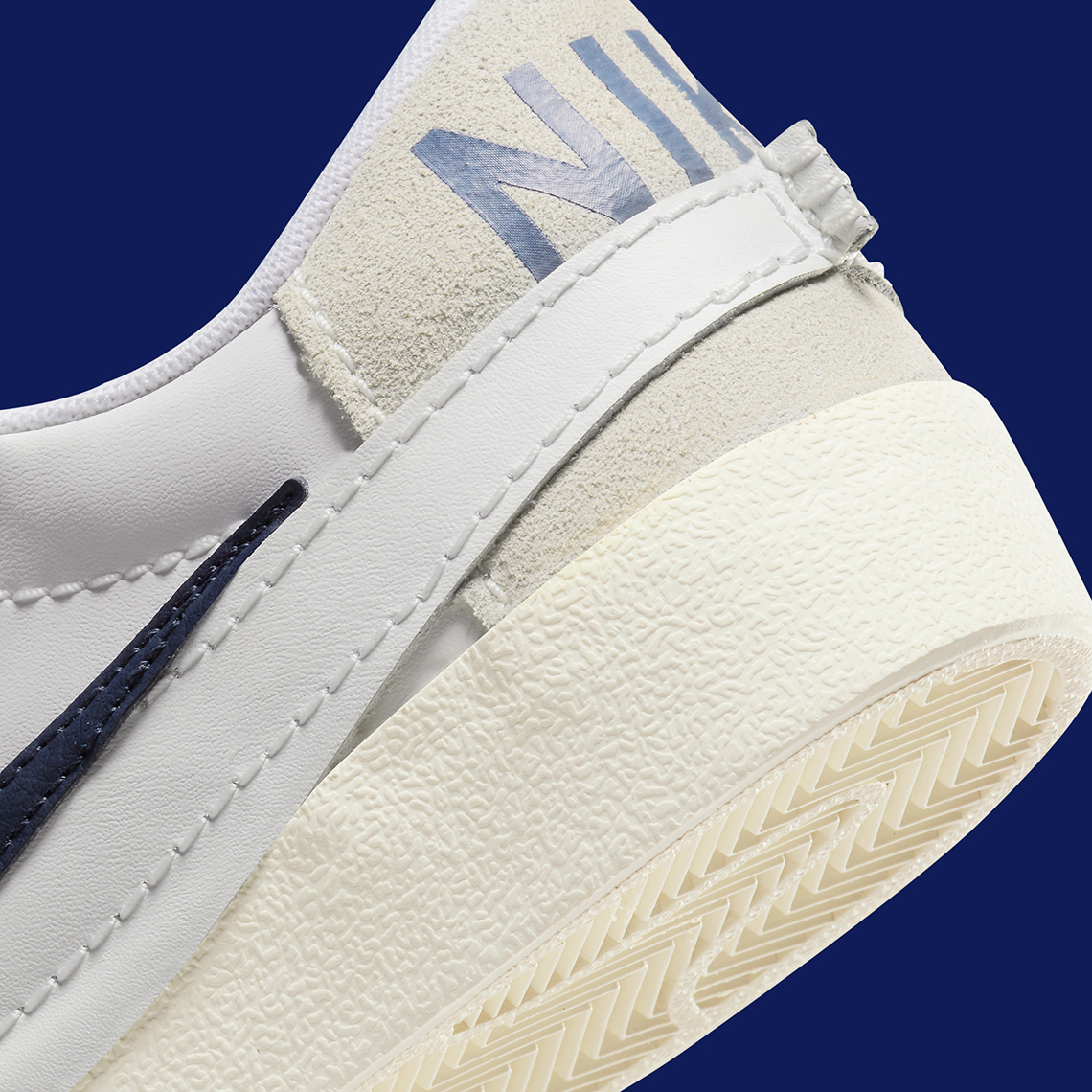