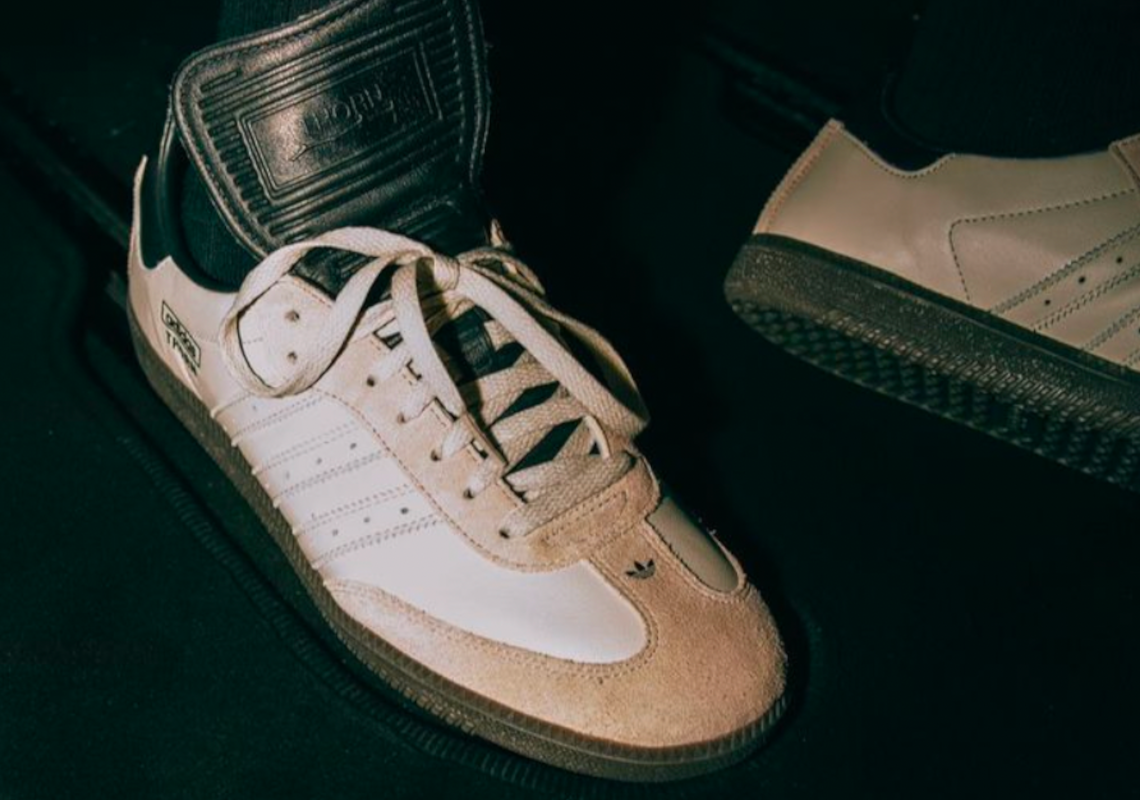 Terrence LeVarr Thornton – better known as “Pusha T” – has been slinging dope outfits for a long time. Although he’s mostly retired the loud A BATHING APE hoodies and wide BBC/ICE CREAM jeans, the Virginia-bred creative continues to display a penchant for fashion with the help of other labels and, of course, adidas Originals.

Pusha T first signed a deal with the German sportswear brand in 2014. Over the course of a few years, the Bronx-born artist released several drug-related sneakers from the adidas EQT line. The last year-and-change, however, saw the Clipse member trade 3-Stripes-branded footwear with a number of other brands as he and business partner, Steven Victor, renegotiated a deal with the sportswear behemoth. By the looks of one particular outfit worn by Pusha T on Wednesday, Jan. 18, during Paris Fashion Week, a deal has been struck.

The “It’s Almost Dry” rapper was photographed by director, Chris Villa, at and on the way to the “Twilight Reverie” showing put on by Grace Wales Bonner – another adidas collaborator – wearing the British designer’s garments and a pair of never-before-seen sneakers. At quick glance, the shoes appear like a random adidas Samba, but closer inspection (which Pusha T provided via Instagram Stories) reveals unique “THORN” branding on the oversized tongue and lateral profile.

No firm details about the shoe have been disclosed by either party involved, but the off white, black, and gum brown-colored proposition plays off of the 45-year-old’s last name. Furthermore, the pair features a non-standard trefoil logo on the toe box, while referencing vintage Samba sneakers via the “adidas” text on the lateral side of the upper (standard pairs only don the word “Samba”). If re-up negotiations took some time, it’s possible Pusha T requested – or the Three Stripes pitched – a full-on line led by him in a similar way to how Pharrell oversees the adidas Hu series. The void left by Ye has also surely left the brand looking for new partners and strategize on existing collaborations, making Pusha T a perfect candidate for the company’s future.

For more upcoming projects from the Three Stripes, check out the Bad Bunny x adidas Campus expected to debut soon in a clean “Cloud White” look. 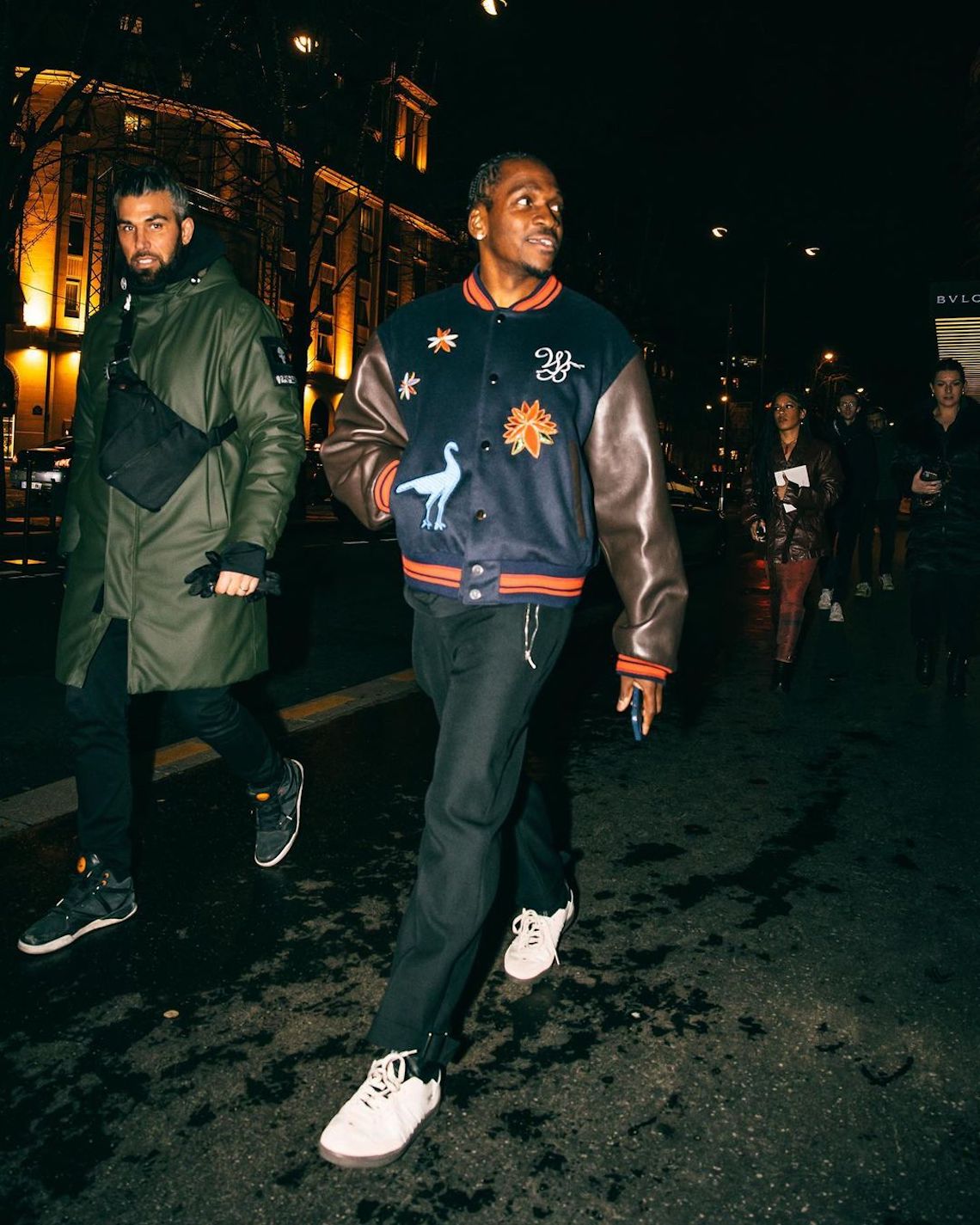 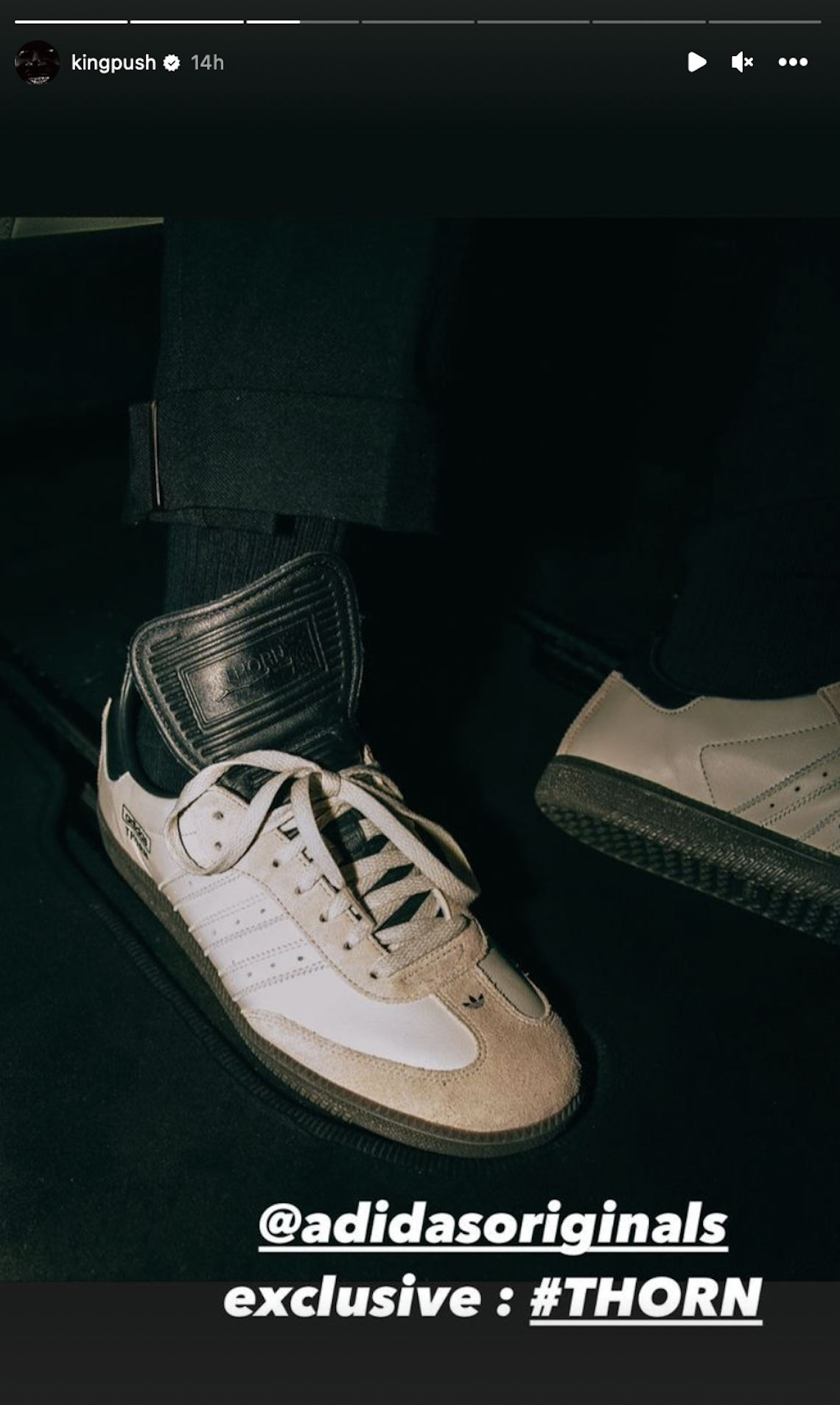