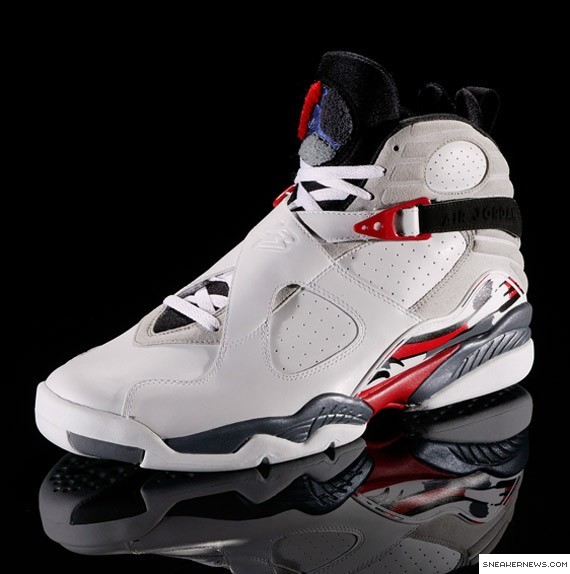 AIR JORDAN VIII is the first to feature anti-inversion cross-over leather, Velcro straps and thickened padding for added support and stability. The VIII is only issued in three different color combinations, making it one of the franchise’s most sought after. Michael enters the ’93 playoffs in highflying fashion, setting a Finals scoring record and lighting up the Suns for 41.0 ppg on his way to claiming his third consecutive title.