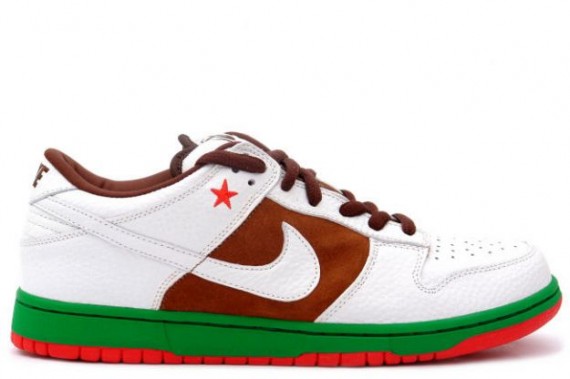 These Dunks were inspired by the California state flag, hence the nickname Cali.  They shoes have a brown suede side panel, representing the bear, while the green midsole resembles the grass upon which the bear is standing.  The red outsole is for the red stripe at the bottom of the flag.  The rarity of these sneakers is somewhat unknown as only 444 pairs were originally produced, but now there are rumors of 4,000 pairs in existence. Photos: kixclusive 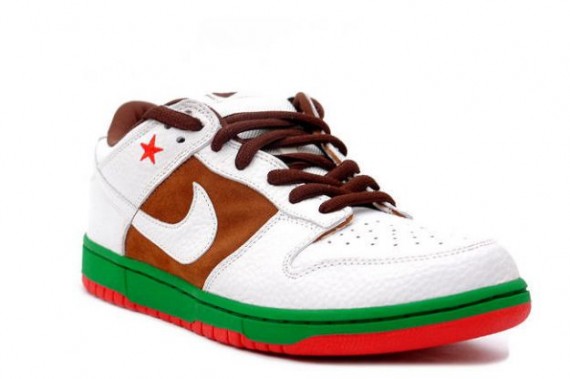 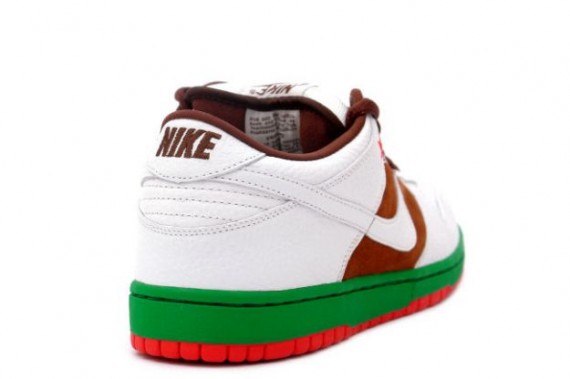 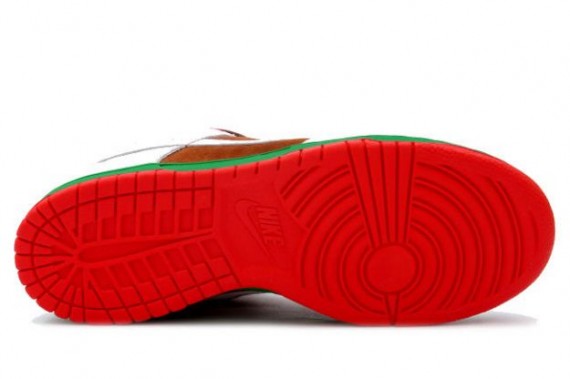