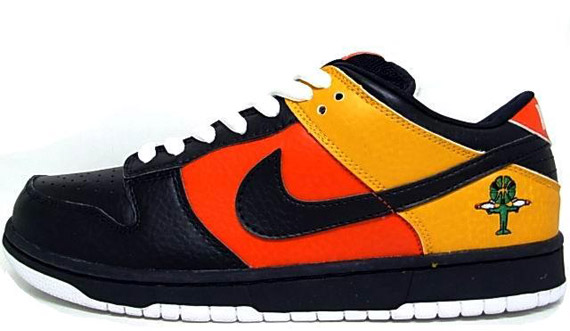 Definitely an interesting shoe, the Home Rayguns were designed by famed shoe customizer Methamphibian.  He took inspiration from Nike’s made-up ABA team, the Roswell Rayguns, and actually painted this design on a pair of Air Force 1s.  The design soon made its way to the Nike Dunk SB.  This team, led by the fly Dr. Funk, who was portrayed by Vince Carter, was the center of a number of Nike ads during the 2002 NBA Playoffs.  Jermaine O’Neal, Paul Pierce, Baron Davis and Jerry Stackhouse were also part of this fictional team.  Not following traditional team colorways, this black-based sneaker is actually the home sneaker, rather than it being a usual white or lighter color.  On the yellow heel is the Raygun logo, while the side panel is orange and the toe is black.  The shoe is finished with a contrasting white outsole.  This black version was released only in the U.S. and Canada, with the white being released everywhere else besides the U.S. and Canada.  Note that the Rayguns were one of the few SB’s to be made in grade school (GS) and baby sizes.  Photos: Skit / S-punky 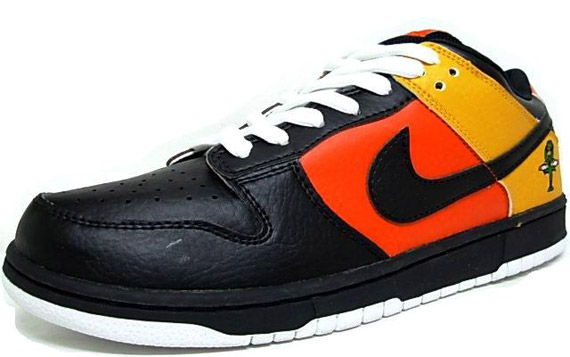 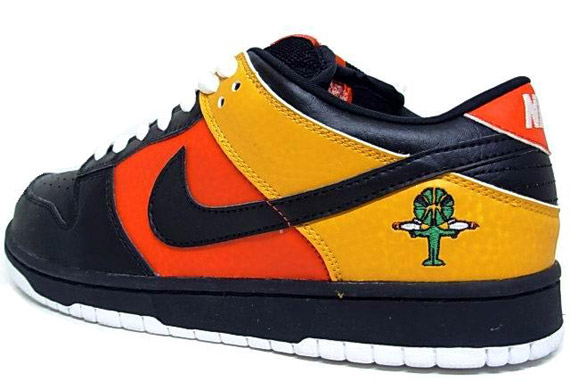 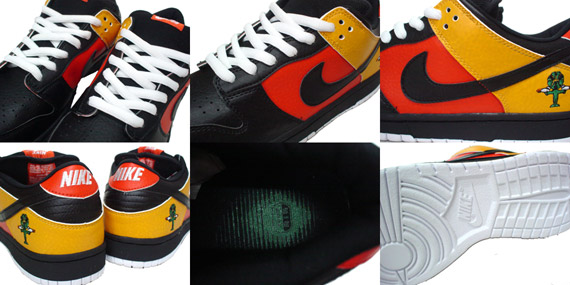