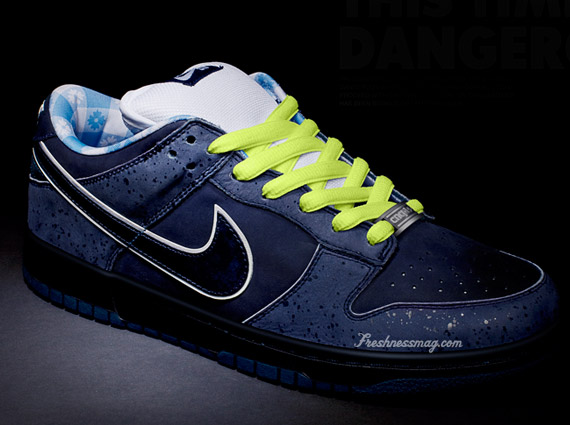 The Blue Lobster Dunk serves as the sequel to last summer’s original Lobster Dunk, a Nike SB that first made waves on May 31, 2008. This time around, it’s dangerous! The “Blue Lobster” is a dangerous sub-breed of violent crustaceans that have been wrecking havoc on the otherwise tranquil waters of New England. Priced at $250.00 usd, the actual Blue Lobster sneaker will be bagged, tagged and sealed in a HAZMAT foam container. Each pair will be joined by an official Nike SB tee shirt, hang tag and lace lock. The first 200 pairs will come with 1 of 2 Concepts x Alien Workshop skate decks.

After the release of the Blue Lobster, Concepts hosted an official launch party.  Read more about the event from the Sneaker News recap.

A few weeks after the official release, Nike SB released a retail version of the Concepts Blue Lobster Dunk Low.  Although featuring the same exact colorway and details, it was much dismay to many sneakerheads that this version came in ordinary Nike SB packaging and was nor came equipped with any special peripherals.  Regardless special or retail edition, the Blue Lobster Dunk is one of the most successful SB releases and a great addition to a collection.  Via FreshnessMag. 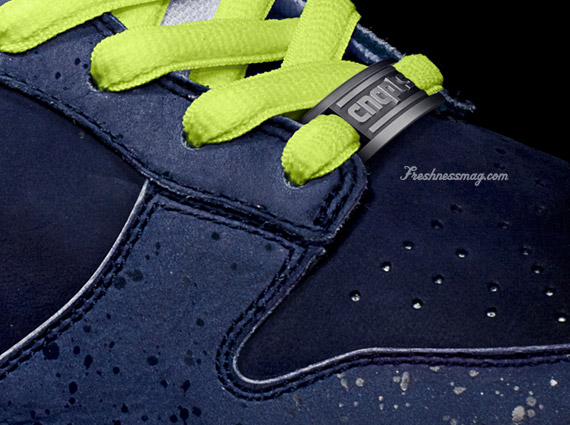 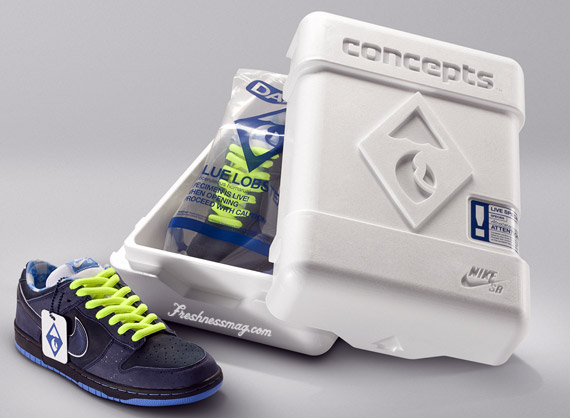 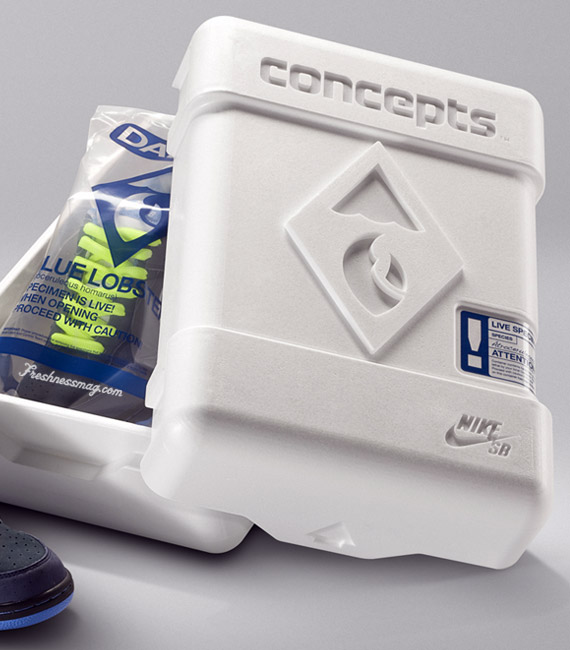