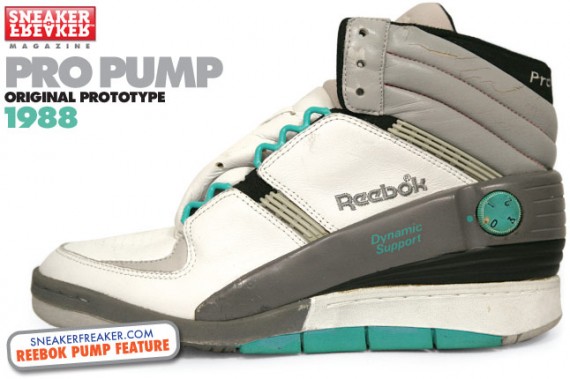 When photos surfaced last week of the 20th Anniversary of Reebok’s iconic Pump basketball sneaker, many saw the heel release as a new feature.  While old sneakerheads may have realized it was like that back in ’89, even fewer know how RBK designer Paul Litchfield, whose credits also include Hexalite and ERS cushioning systems, came to the ultimate design.  Take a look at some really interesting photos after the jump, including several wacky prototypes like the one pictured above and a few good looks at exactly how Pumps provide extra support with their internal air bladder.  via SF