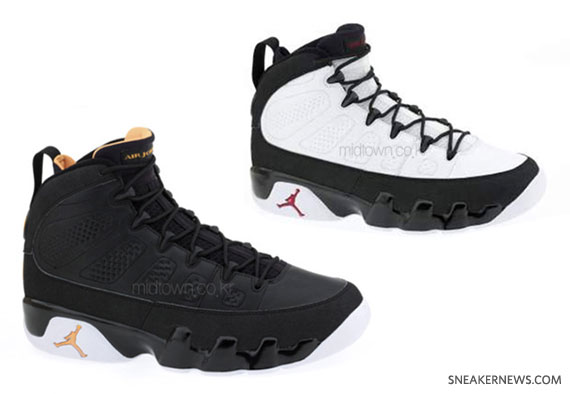 2009’s Jordan Brand retro count was topped by the Air Jordan XII, but we’d bet the Space Jam AJXI would put number eleven at #1 overall. Early 2010 is going to be all about the Air Jordan VI Retros, and later in the year we’ll start to see some Air Jordan IXs, including these three pairs. First up is the all new black/white/citrus combo that’s set to drop in July.

That breath of fresh air is set to be followed by the OG Home colourway (that is, if Mike ever actually wore them at Chicago Stadium) in August and then the OG Charcoal colourway for September. The July and September colourways are perfect for their time of year, as is the Home colourway, once you remember that United Center opened back in August of ’94. Be sure to check Sneaker News for updates on these and all Air Jordan IX retro release dates. via Midtown.