For those of you who aren’t in ‘the know’, a quick overview of the man known as Edison Chen: He has more sneakers than you. In all seriousness, to say Edison Chen is a jack-of-all-trades would be a severe understatement; he acts, sings, produces, builds businesses, and designs gear, and it’s still yet to be confirmed if he doubles as a costumed crime-fighter in the night. He’s the founder of CLOT, a name that sneakerheads have become very familiar with thanks to his countless collaborations with major footwear brands like Nike and Converse, so you can imagine his sneaker closet is rather jam-packed with heat. Well, you don’t have to imagine as much anymore, because he just gave us a quick look into his sneaker closet via his Instagram – a picture that has garnered over 10,000 ‘Likes’ from his countless followers. Spot anything you like? 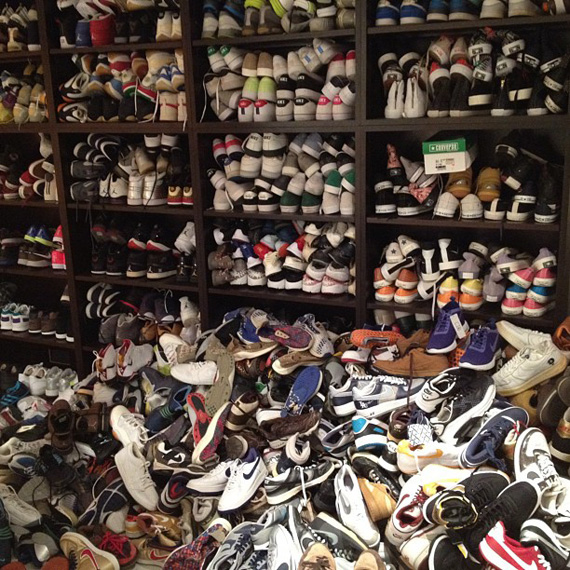