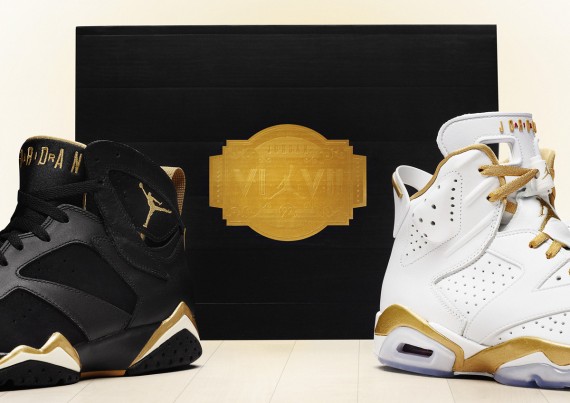 When viewed from a certain perspective, there’s not a single player on the current Team USA roster more instrumental to that roster’s collective successes than Michael Jordan.  MJ’s accomplishments still drive Kobe Bryant to chase that elusive sixth ring, inspire LeBron James to change his number in deference to that fistful of Chips, has Kevin Durant and Carmelo Anthony wanting to score like it’s 1988, and all of those guys want their second Gold Medal just like His Airness.  The Air Jordan ‘Golden Moments’ Package brings together Air Jordans VI and VII with golden trim and American flag footbeds into one special two-pack that hits retailers in just under two weeks on Saturday, August 18th.  These figure to be one of the most desired items of the back to school season, so click through to see the official Jordan Golden Moments Pack images and let us know which of these DMP-style releases you’re most excited to own. 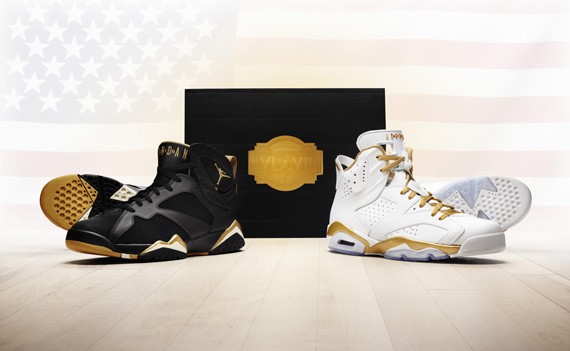