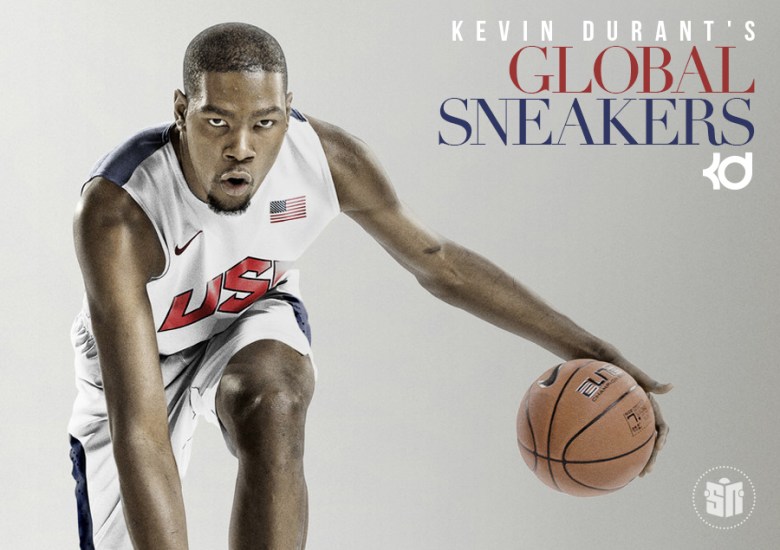 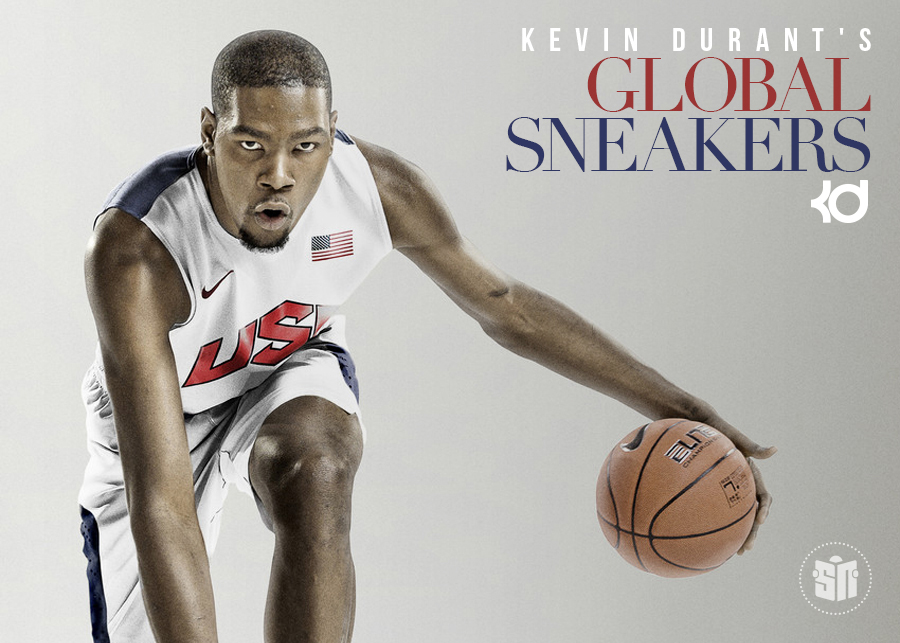 This Saturday, Nike Basketball will place a spotlight on Kevin Durant’s love for international travel and his success on the global platform of the sport. Ever since joining the team at Nike Basketball, he’s had the opportunity to travel the world and connect with his fans around the globe, and as a key member of Team USA Basketball, he’s showcased his hoops talent on the biggest stages known to the game. As Durant approaches the 2014 FIBA World Cup, we’ve taken a look back at some of the notable sneakers tied to KD’s globe-trotting tendencies.

It all started back in 2007 when KD tried out for the FIBA roster. Although he didn’t make the cut (The coaches wanted more experience), Durant would instantly dominate the global game in 2010 and again in the 2012 London Olympics, and for the upcoming FIBA games, KD will undoubtedly be the cornerstone to the USA roster that looks to grab Gold once more. Take a walk back with us through KD’s international sneakers and stay tuned for more updates as we approach the FIBA World Cup in a few weeks! 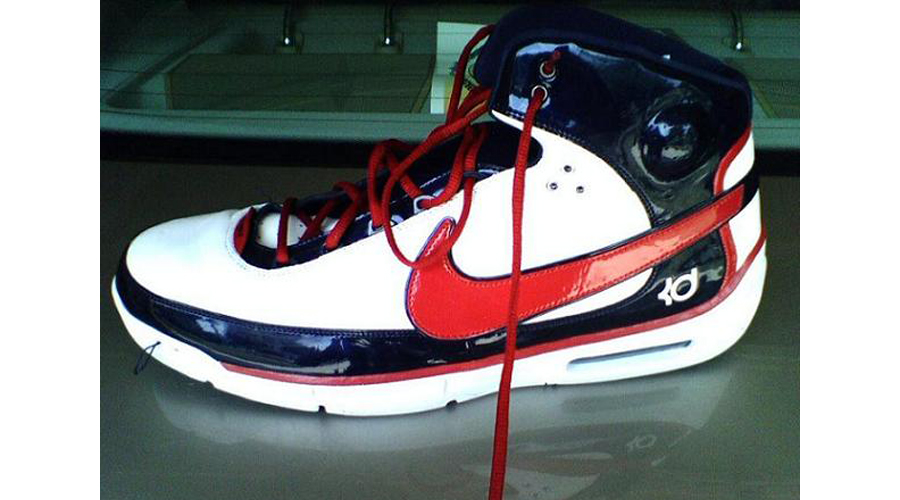 In 2007, Kevin Durant was given a tryout for the Team USA roster for the FIBA Americas game, but was left out in favor of players with more in-game experience. KD had the skills to be part of the squad, but a player of his potential had a rich future ahead of him (as made evident by the following pages of this feature). Throughout the workouts, Durant wore this PE of the Air Viz Sweet – a sneaker that many guessed was his first signature sneaker. 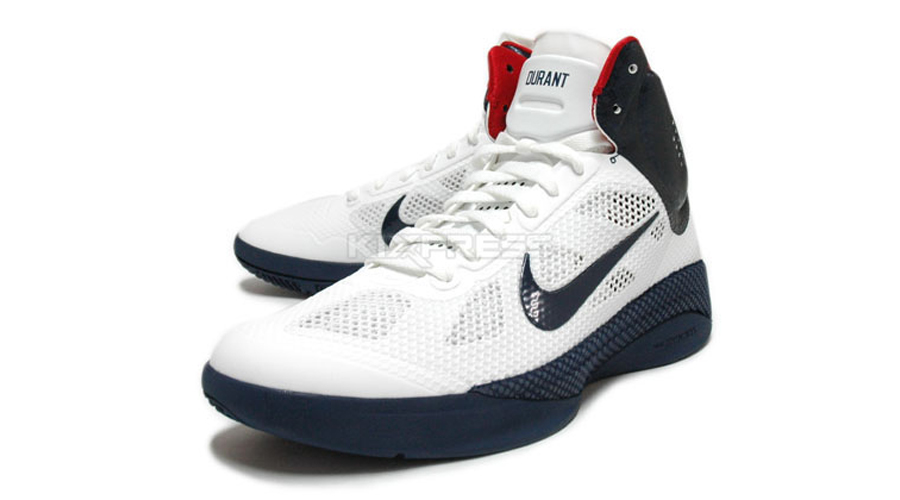 In 2010, Nike joined forces with Jordan Brand and Converse to launch the first-ever World Basketball Festival, focusing on the global love of the game and the launching of new products set to debut during the 2010 FIBA Games. The highlight innovation of the event was the Nike Hyperfuse – a basketball sneaker constructed of an incredibly light-weight three-layer upper that vastly reduced weight without compromising support or lockdown. KD was the man to give the shoe extra love, as we wore this clean “USA” composition with his name featured on the tongue. 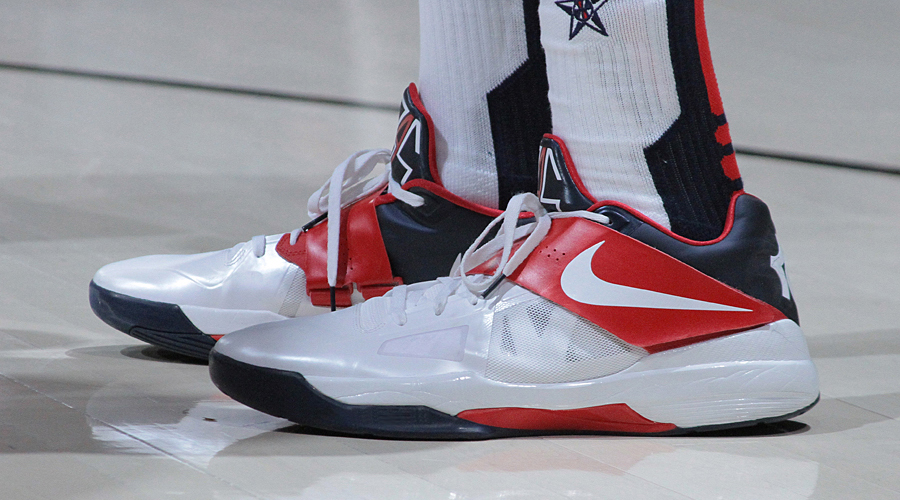 Durant would return to Team USA in 2012 as part of the final roster for the London Olympics. He set a record for most points scored at an Olympics showing, averaging over 19 in one of the most star-studded USA rosters in history. The incredibly popular KD IV was what he wore throughout the Games, but Nike had another surprise in store to celebrate the Olympics… 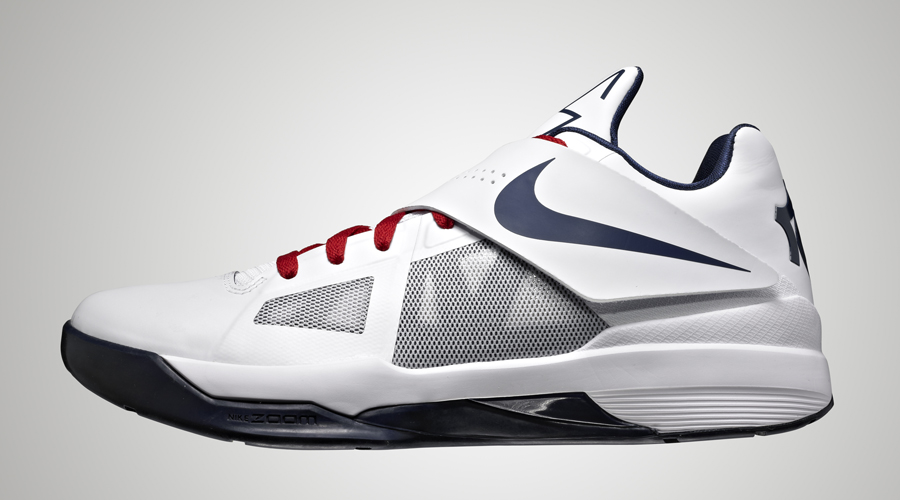 On July 22, 2012, Team USA defeated Argentina in a friendly game of hoops – a hint at a possible key match-up during the Olympic Games. Durant revealed what was assumed to be a PE colorway of the KD IV, which featured a USA-style colorway with a large white base on the upper. Nike later released the shoes exclusively through NIKEiD, making the exact configuration available for a limited time. 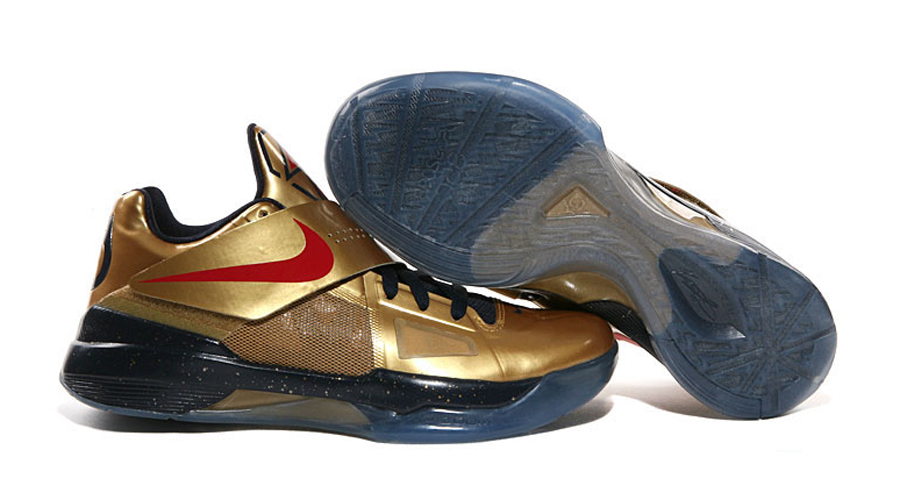 As a gesture of celebration for KD and Team USA’s Gold Medal, Nike released some energetic colorways representing the top prize of the Games. This KD IV was given the alchemic treatment on the upper with rich purple laces set to match the official ribbon color of the 2012 Games. 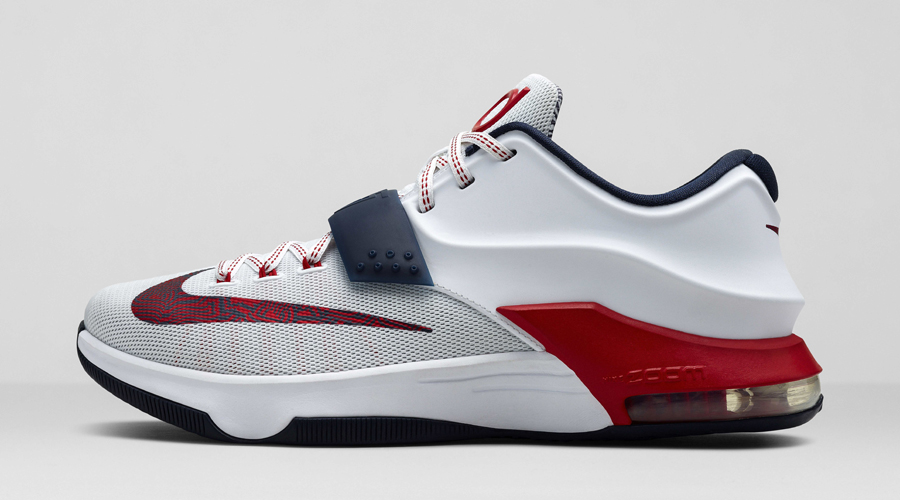 The debut colorway of the KD 7 was this clean USA colorway of red, white, and blue. It launched in late June the day after the sneaker was officially launched by Nike at a special event in Washington DC. Durant could possibly wear these throughout the FIBA Games, but he definitely has other options… 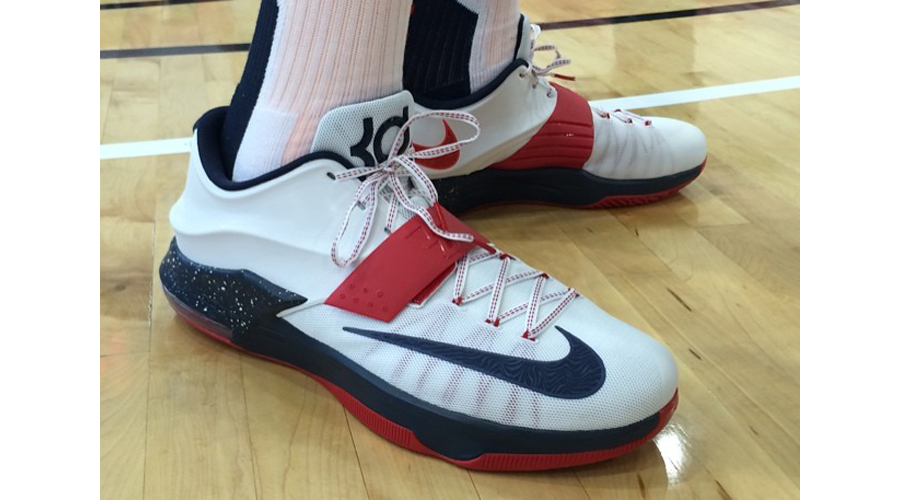 Durant was spotted with this special iD colorway of his shoe during Team USA workouts in Las Vegas. This one’s got that classic American Flag look, but with the clean speckling on the midsole below the Hyperposite heel. Will he opt for this version for the Games? 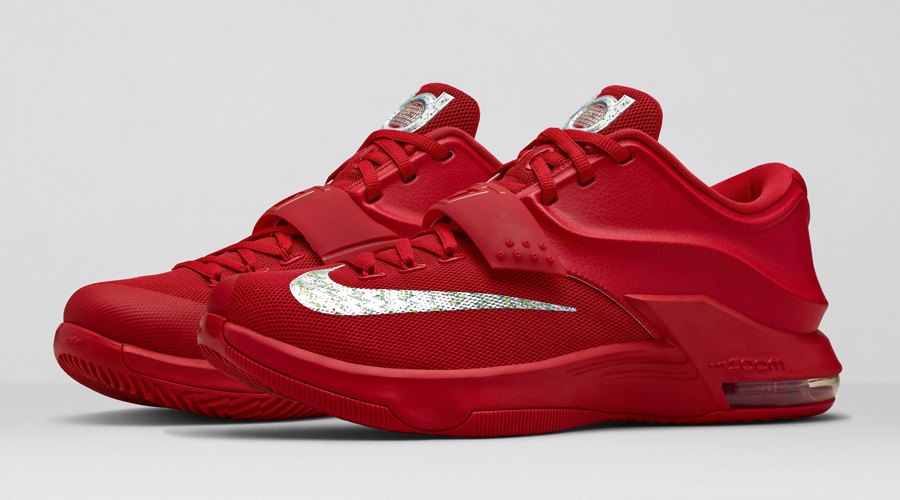 This Saturday, Nike Basketball will release the official “Global Game” colorway of the Nike KD 7. This all-red look is an homage to Durant’s travels around the world while riding the basketball vehicle, but this Summer is key in particular due to the World Basketball Festival in Chicago and the FIBA Games in Spain. Will Durant lead Team USA to its second FIBA Gold in a row?