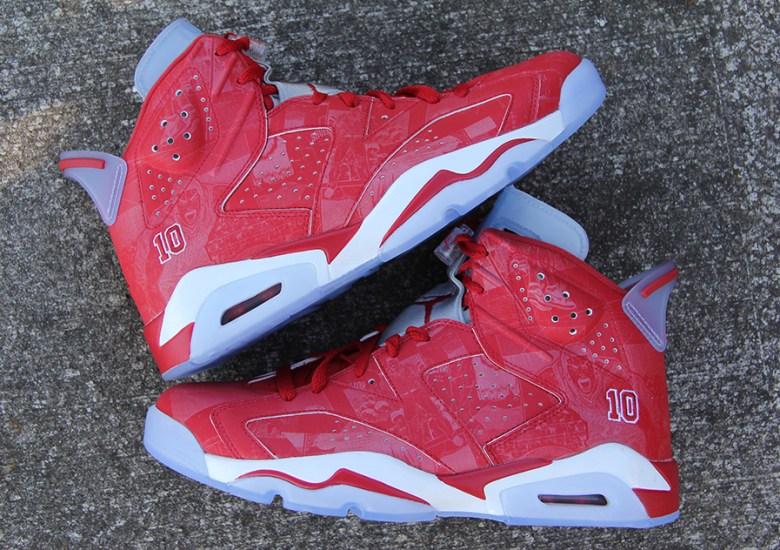 A Detailed Look at the Air Jordan 6 “Slam Dunk” 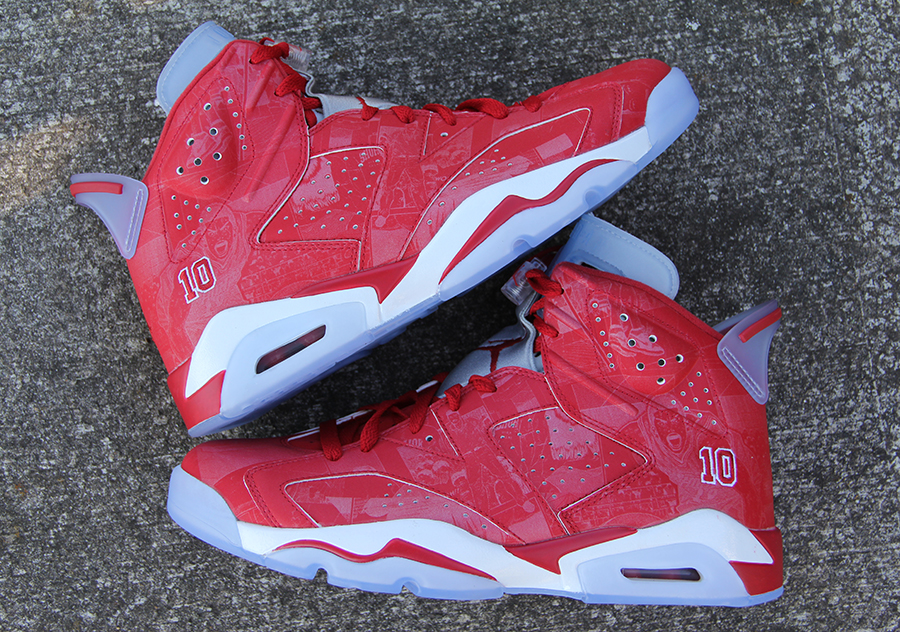 By year’s end, ten different Air Jordan 6 releases will have officially hit retail. Each pair old and new reached back into the past, grasping the original outfits as well as plot-lines of the times into fresh new looks for this Championship-winning Air Jordan. The “Slam Dunk” Jordan 6s, which will release this Holiday season, is the bonafide standout from the bunch thanks to the unique backstory that had never been visited by the brand.

Inspired by the anime Slam Dunk, this Air Jordan design brings on some signficant imagery from the comic with the number 10 stitched onto the heel and the opaque material on the tongue and spoiler matching the outsole. Throw in the fact that these are all-red in nature, and you have a sure-fire must-have once these officially hit stores. A release date hasn’t been confirmed yet, but stay tuned to Sneaker News for that crucial and enjoy the photo gallery below. 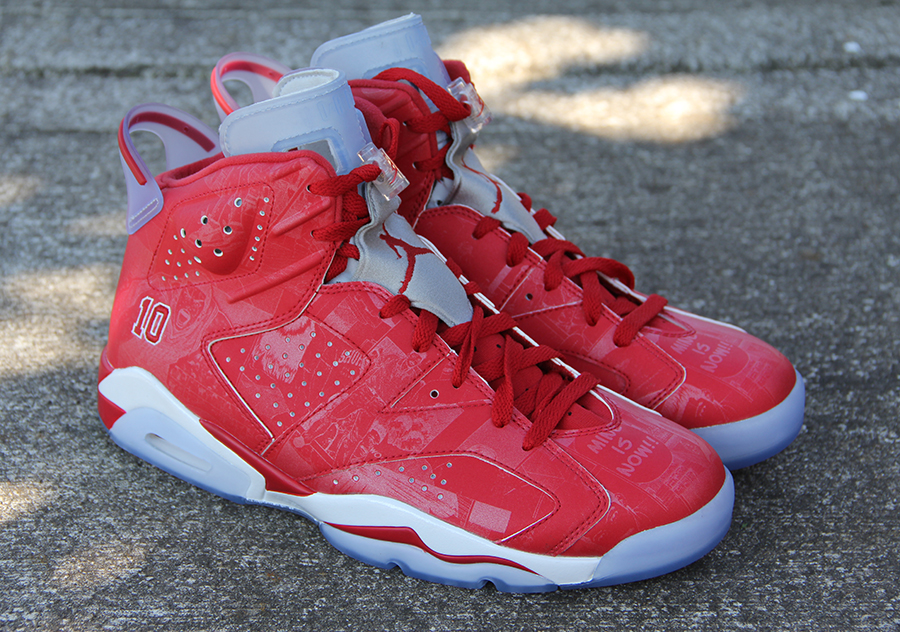 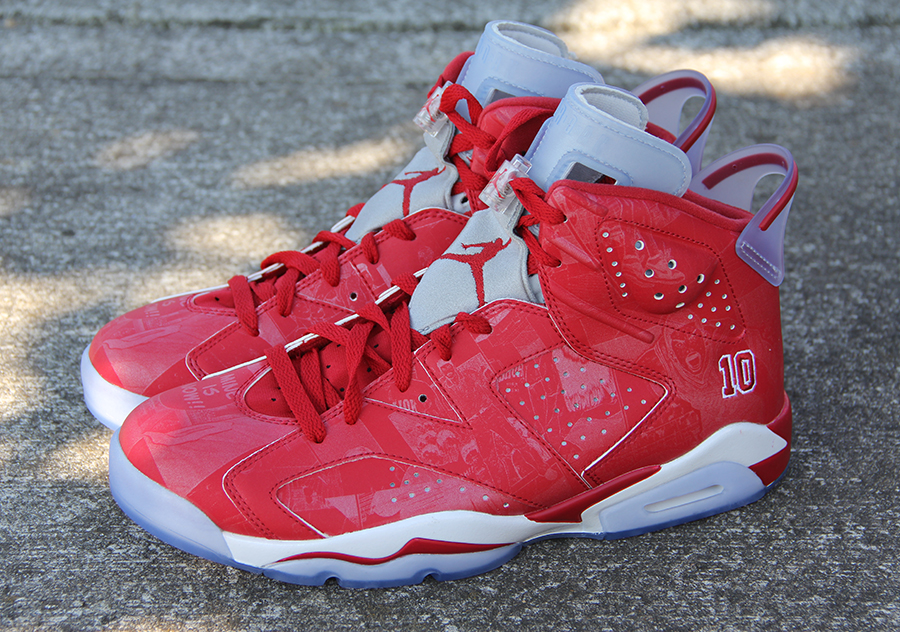 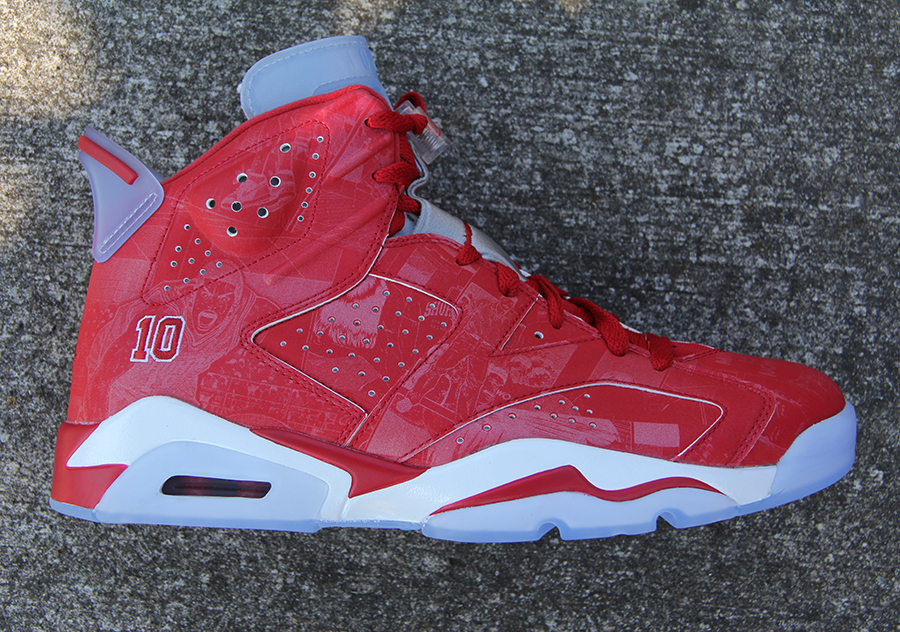 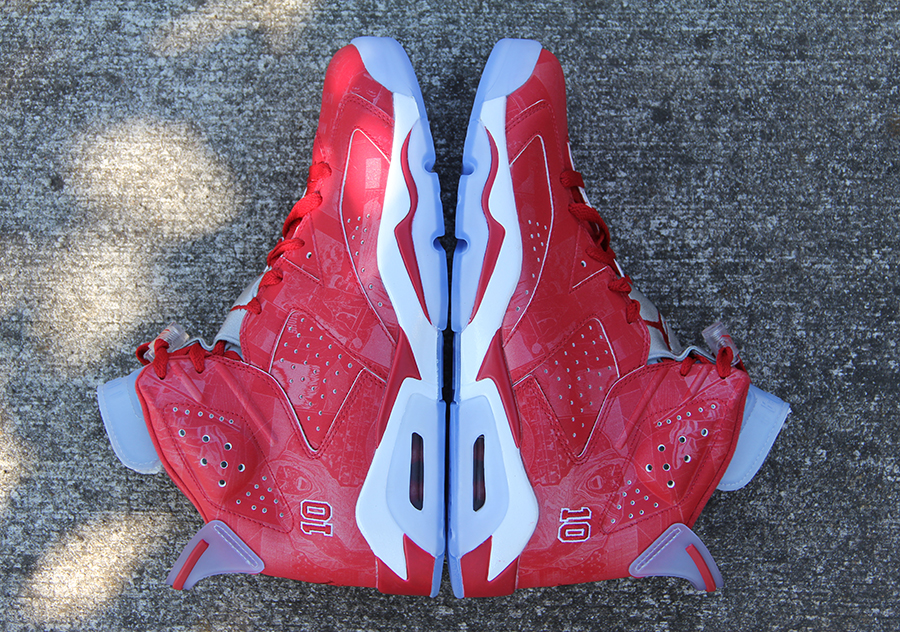 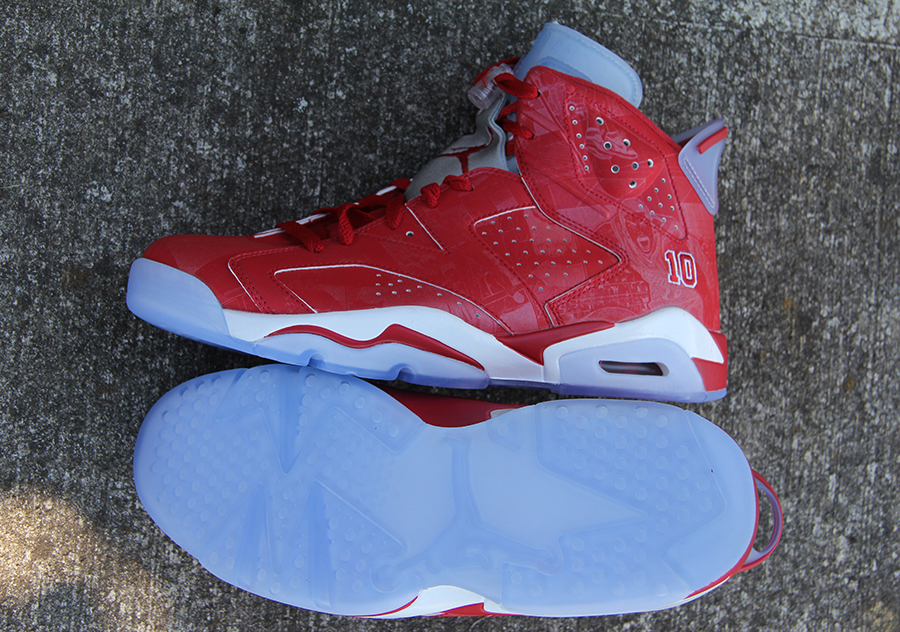 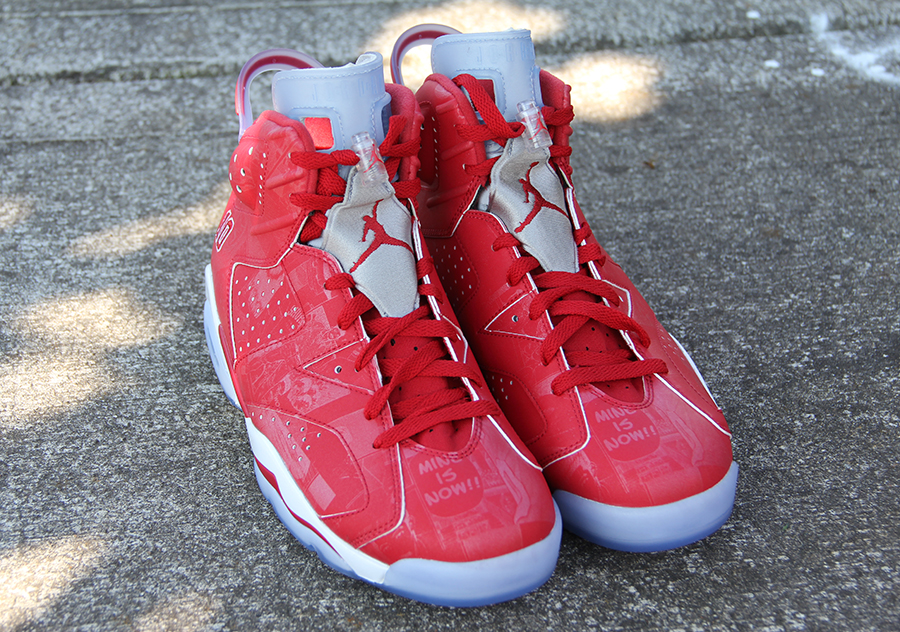 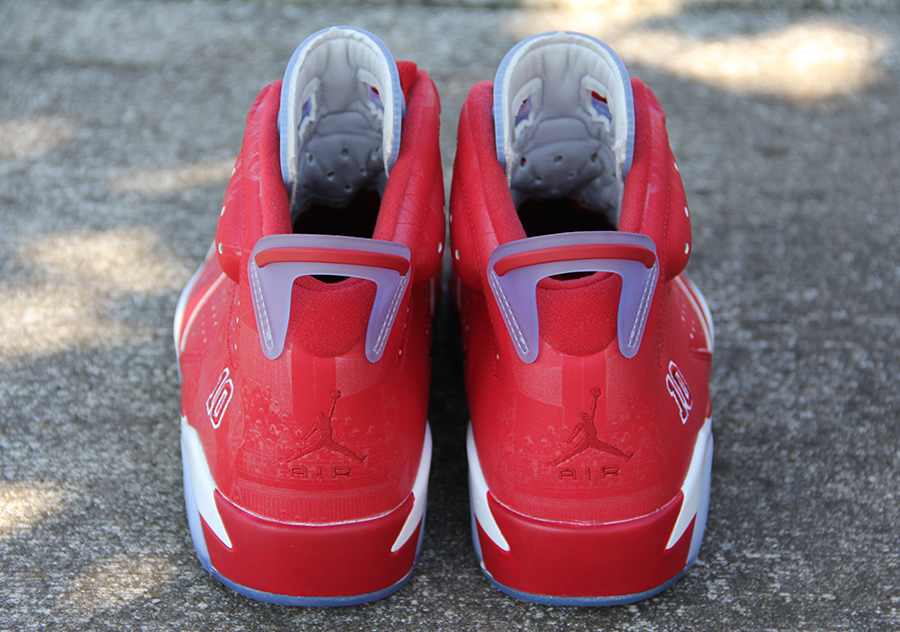 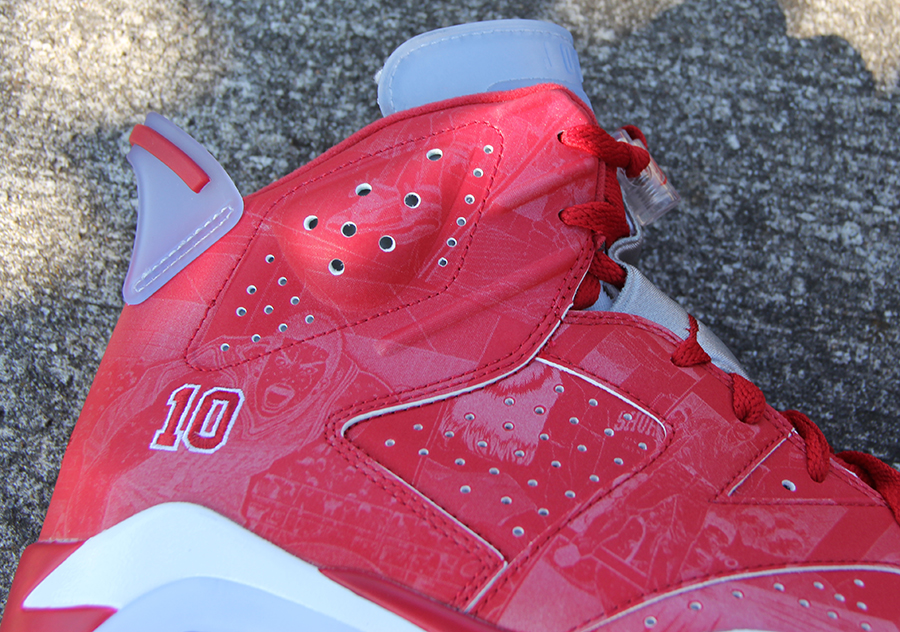