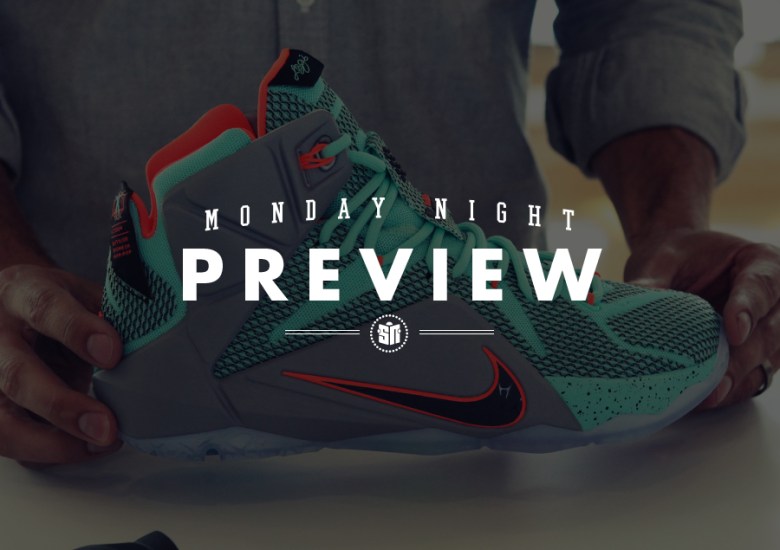 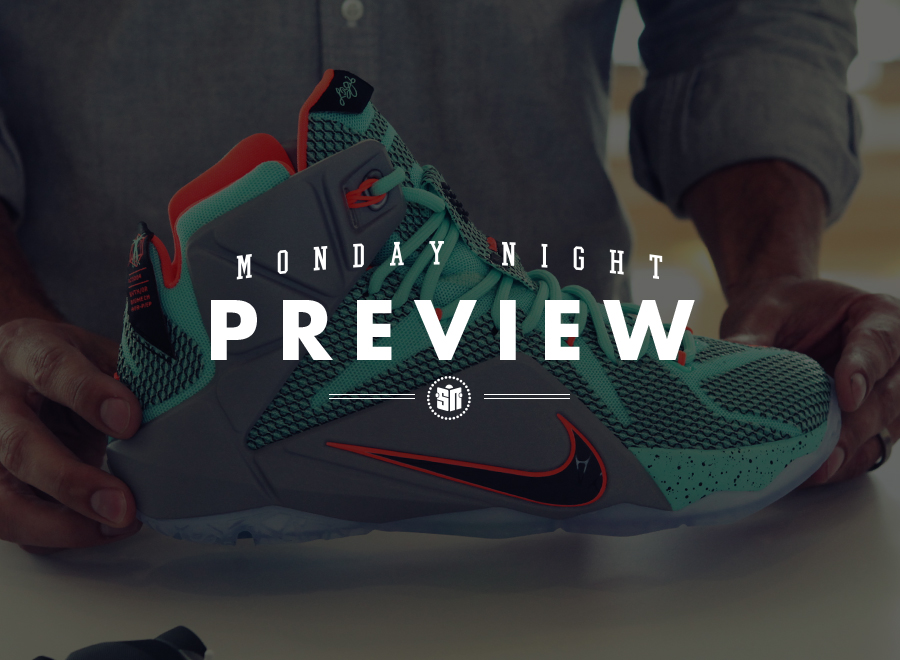 Sneaker News enters Week 3 of Monday Night Preview, and we’re bringing you an exclusive look at one of the most coveted upcoming sneaker releases – the LeBron 12 “NSRL”. Officially debuting last week at a media event at the Nike World Headquarters, the Nike LeBron 12 was confirmed for a retail launch in October in this amazing new concept, which takes the clandestine Nike Sports Research Lab into the spotlight; never before has Nike been so open with the processes that go on in that highly-secured wing of the HQ (it’s literally across the hall from the Innovation Kitchen), but the NSRL colorway and the six others confirmed for the Holiday season prove that whatever does go on behind closed doors produces nothing but results.

We spoke with Nike Basketball Color Lead Eugene Rogers on this exciting colorway, and he broke down the composition as a direct translation of what goes on in the lab; the bright turquoise represents volatile liquids held in beakers, while the bright orange represent those eye-catching warning signs we usually see in these sensitive quarters. The LeBron 12 “NSRL” is indeed confirmed a release next month (October 1st in China, followed by a global and U.S. release on October 11th), so get better acquainted with this upcoming release with this detailed gallery below and stay tuned to Sneaker News for Week 4 of Monday Night Preview.

The Nike LeBron 12 “NSRL” will release in China on October 1st, followed by a global/U.S, release on October 11th. 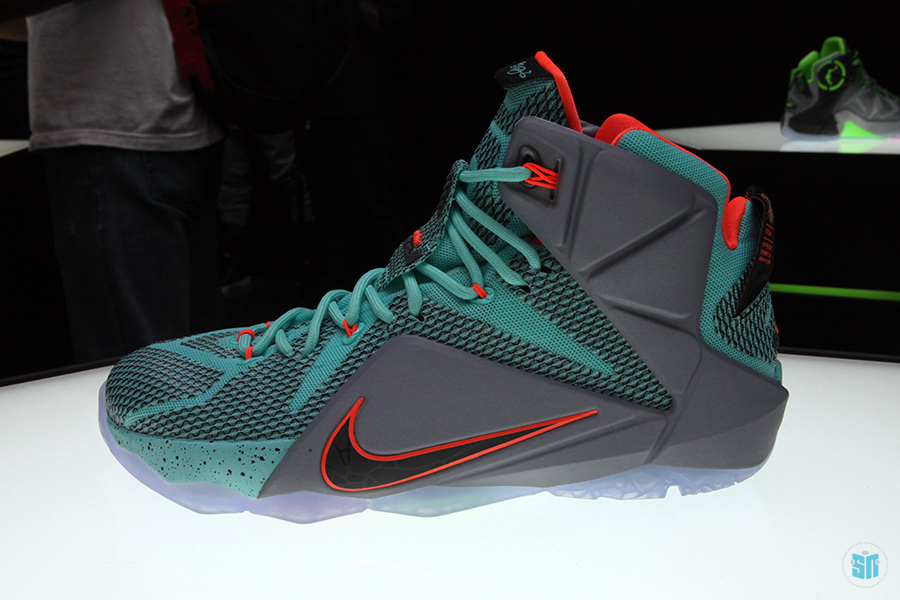 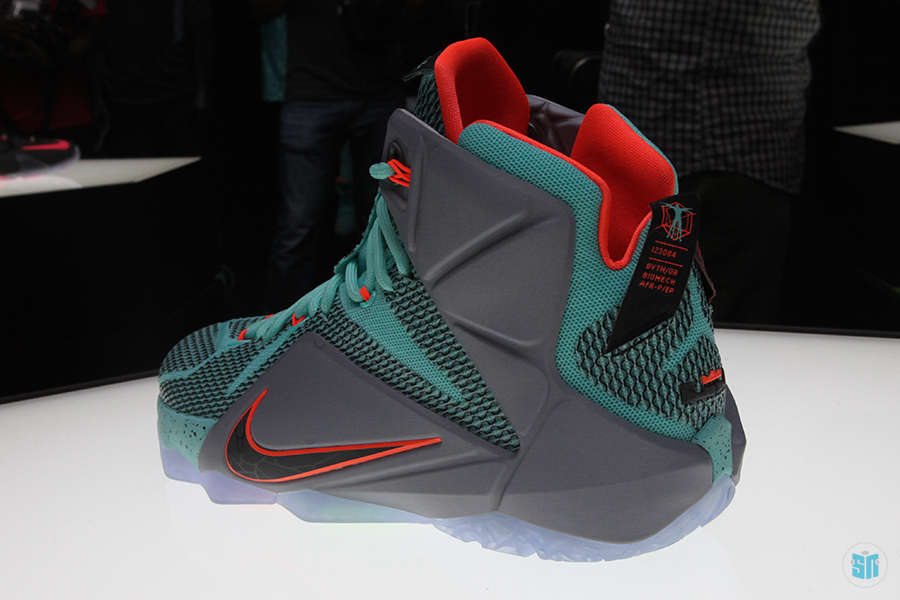 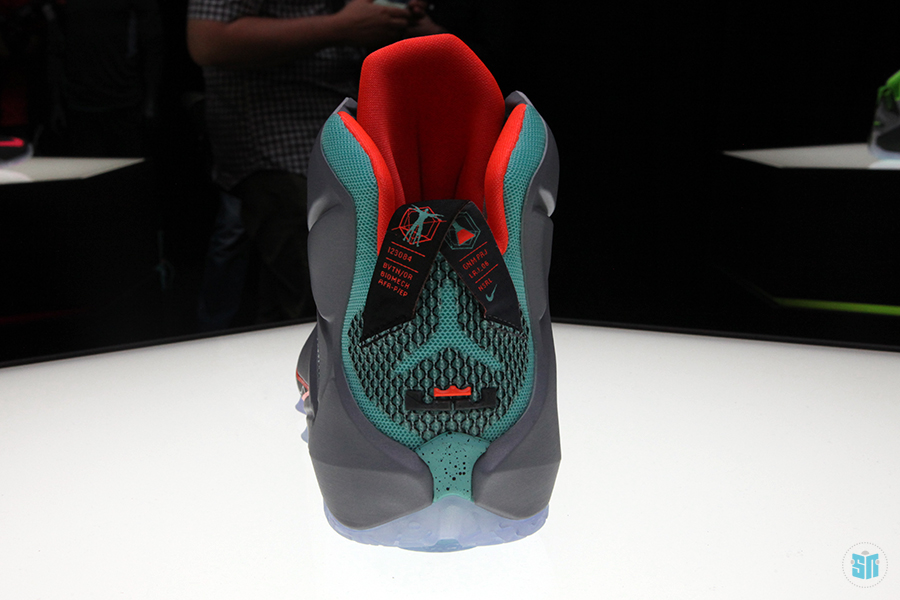 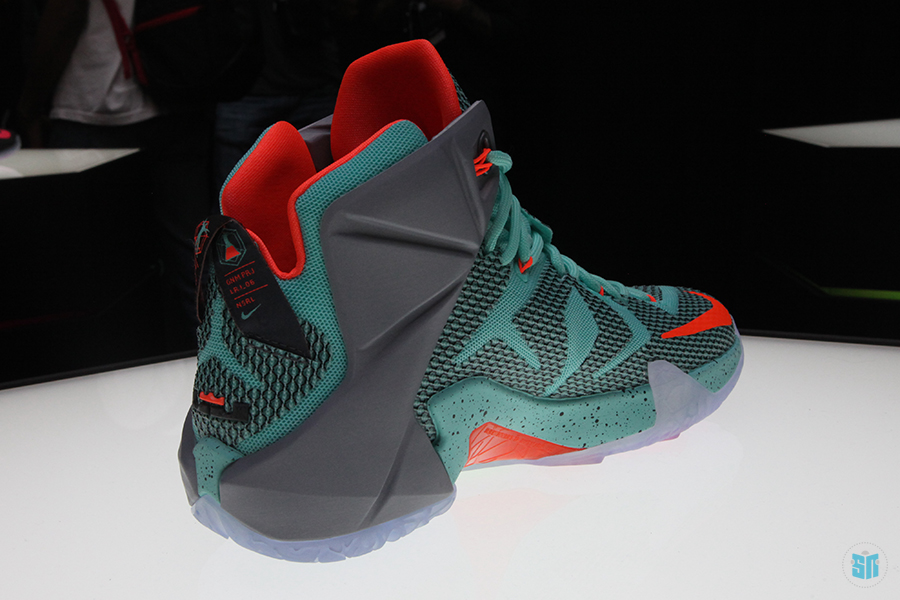 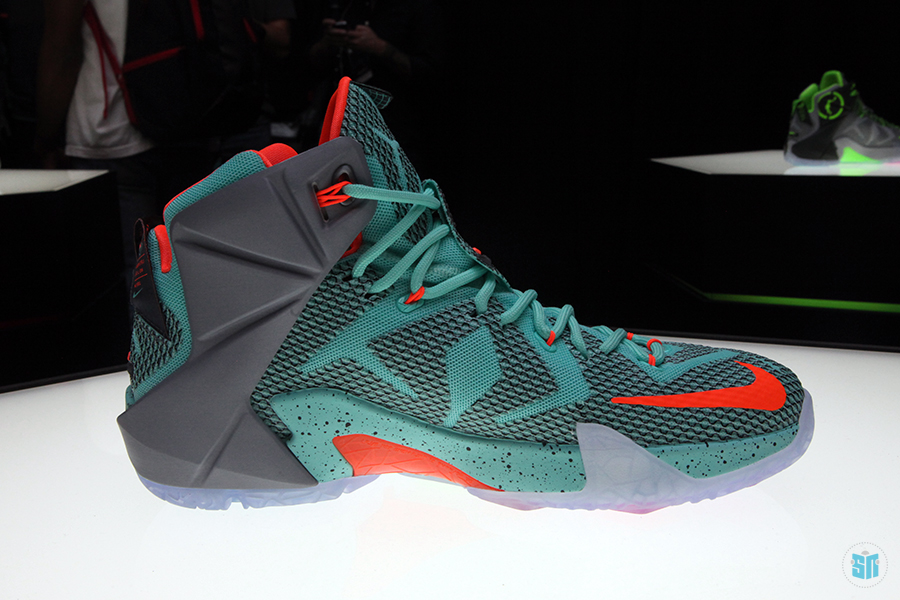 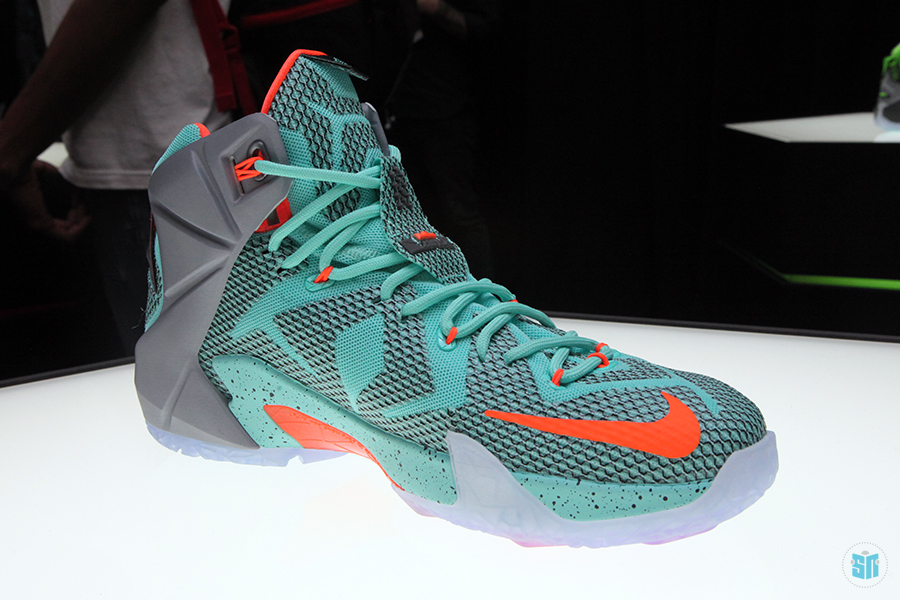 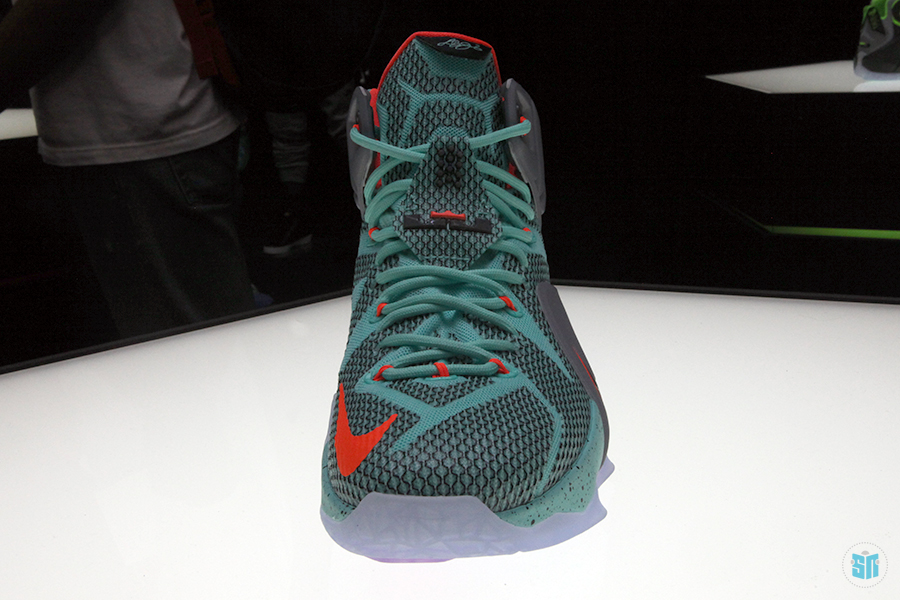 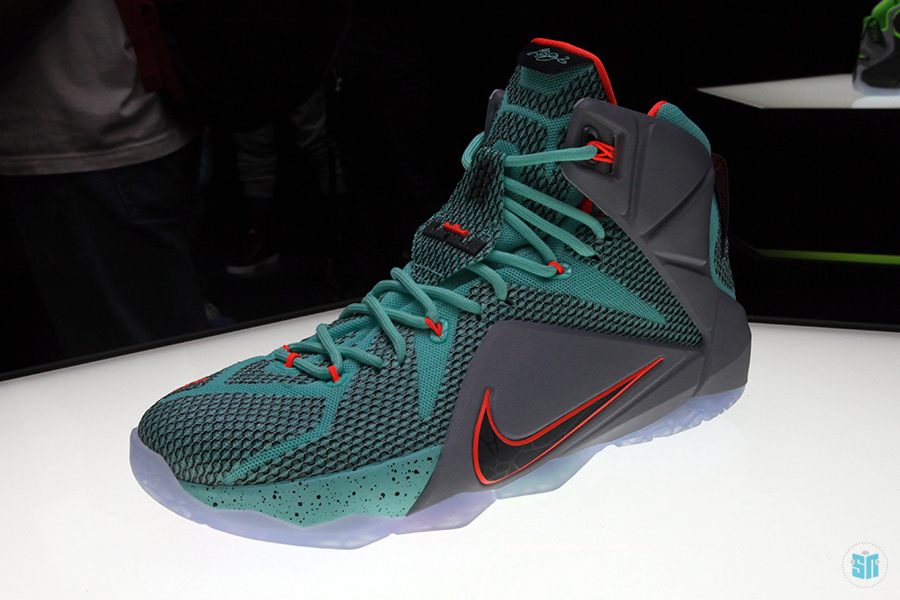 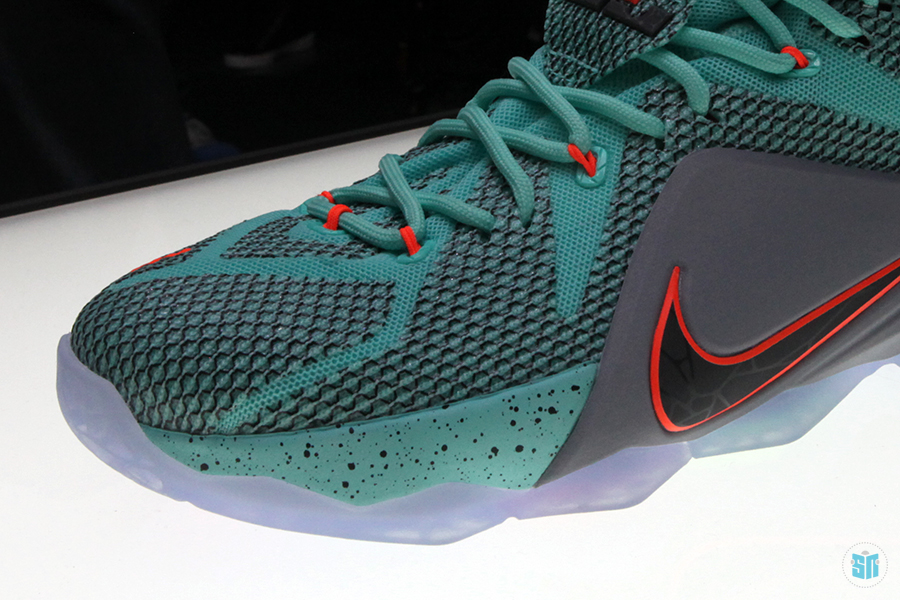 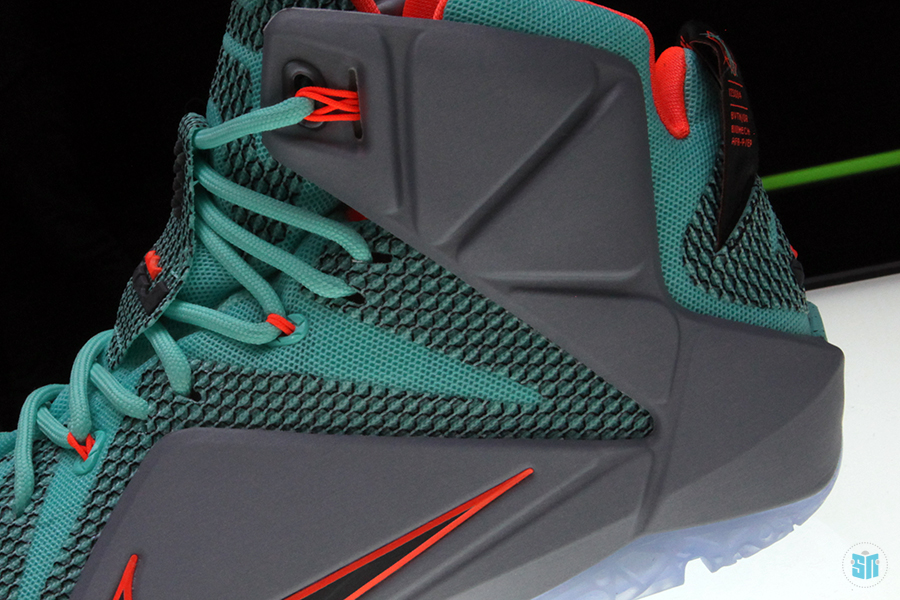