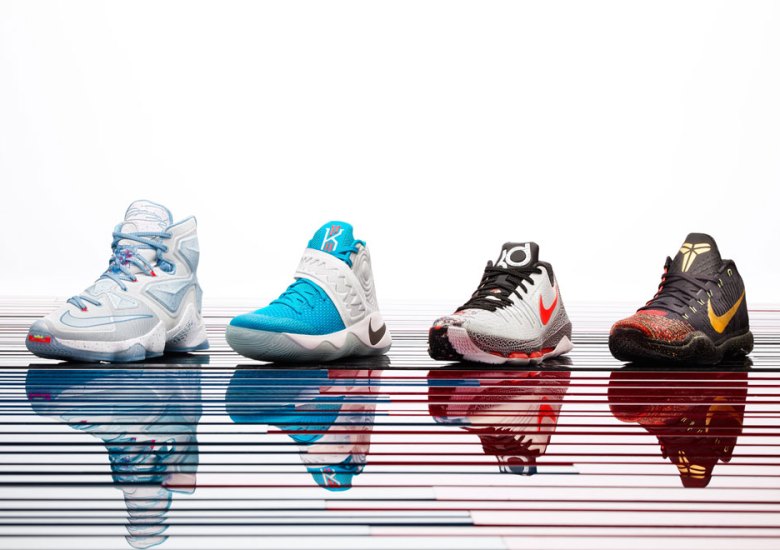 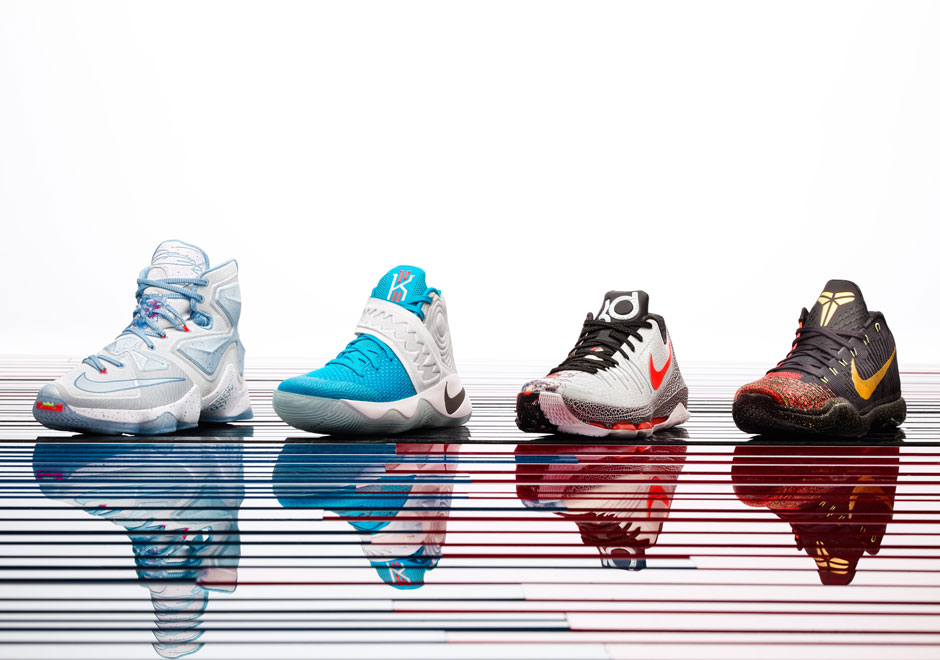 Today, Nike Basketball has officially unveiled the 2015 Christmas Collection features four of its signature models – the Kobe 10 Elite, LeBron 13, KD 8, and freshly revealed Kyrie 2. You’ll instantly notice that Nike went for more of an abstract route with the colorways while refraining from overtly “Christmas” details like candy canes and such, and we have all of those rich backstories detailed just ahead. Mark your calendars for Saturday, December 26th for the official release of the Nike Basketball 2015 Christmas Collection and read on below to get the full stories. 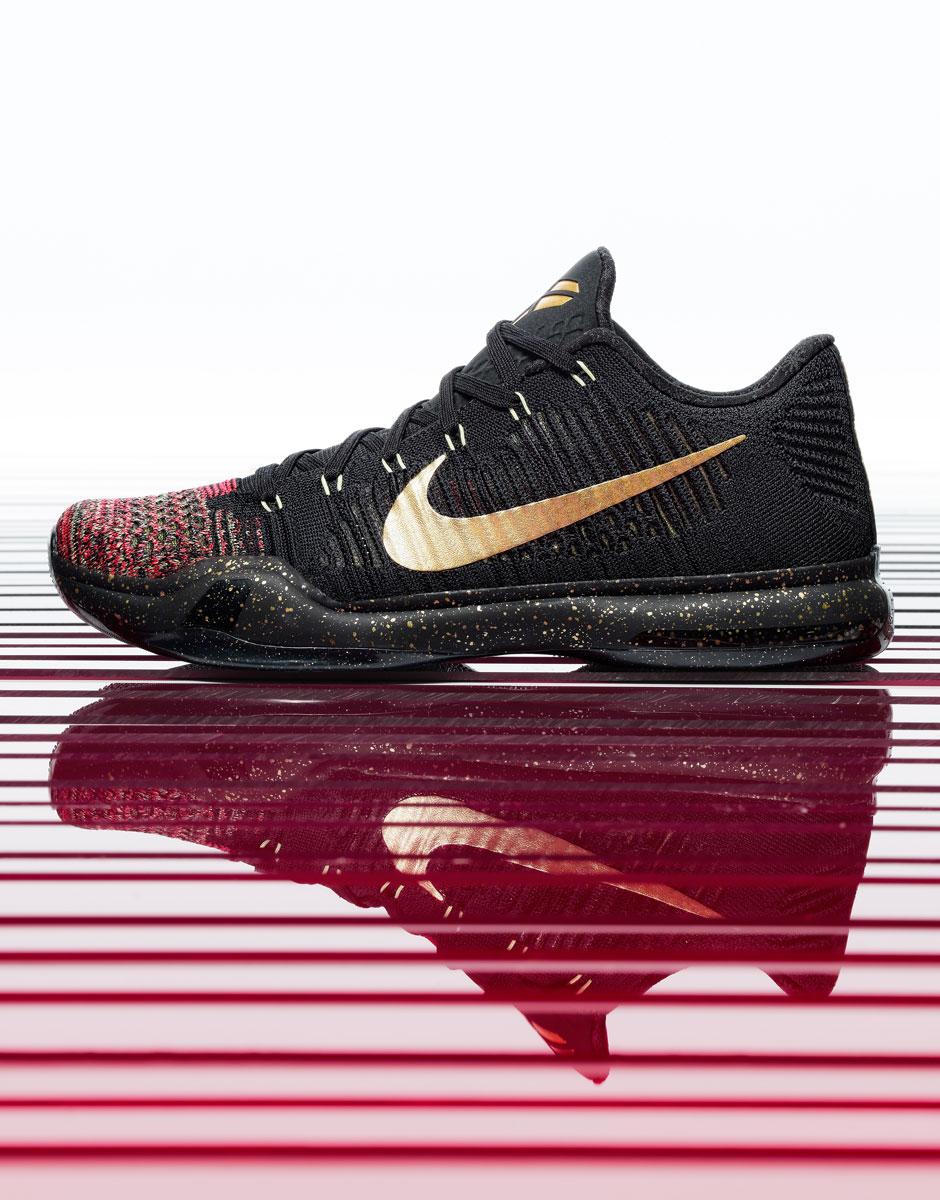 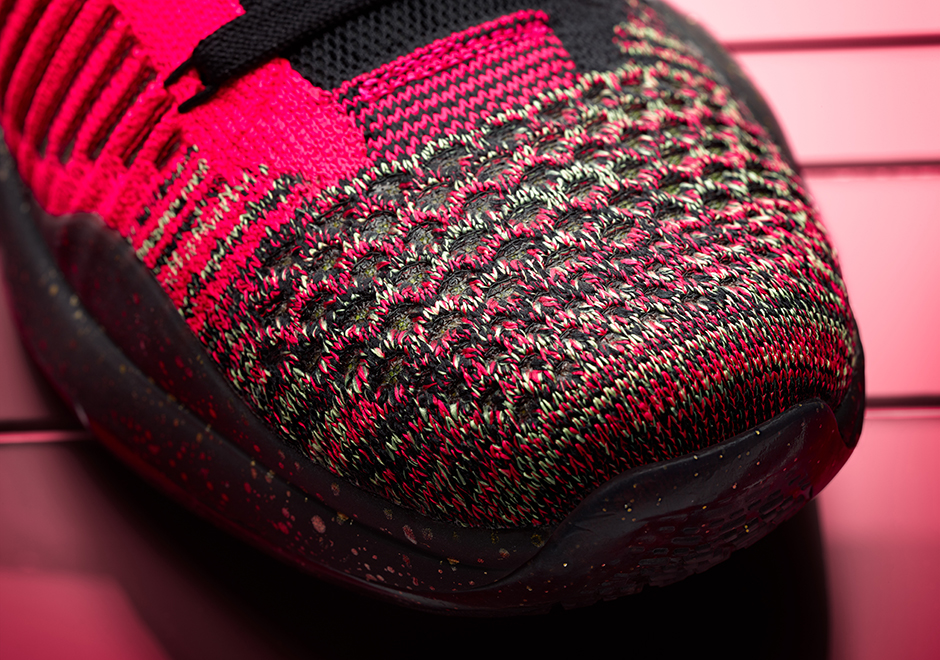 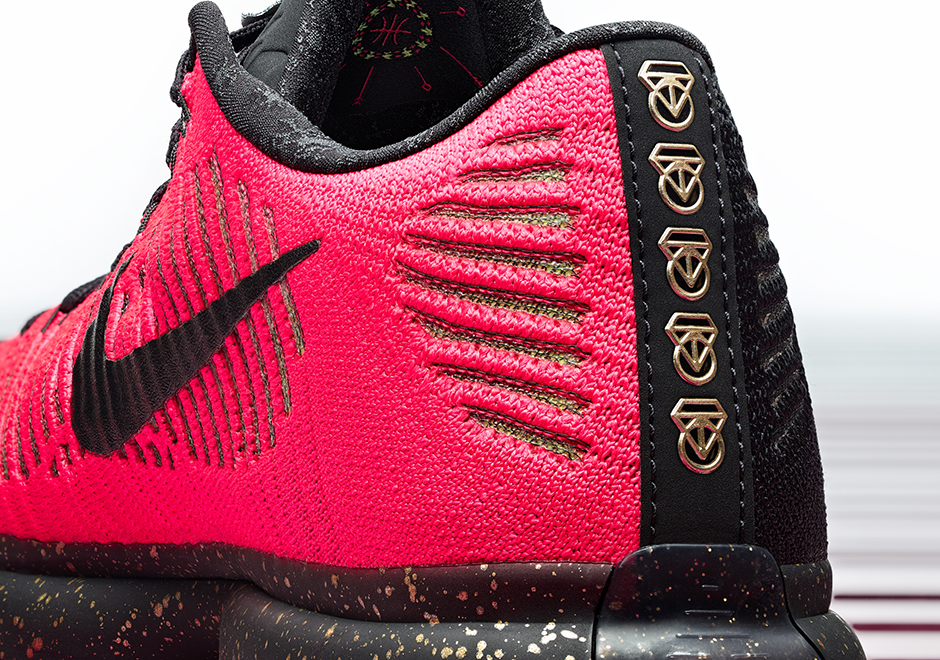 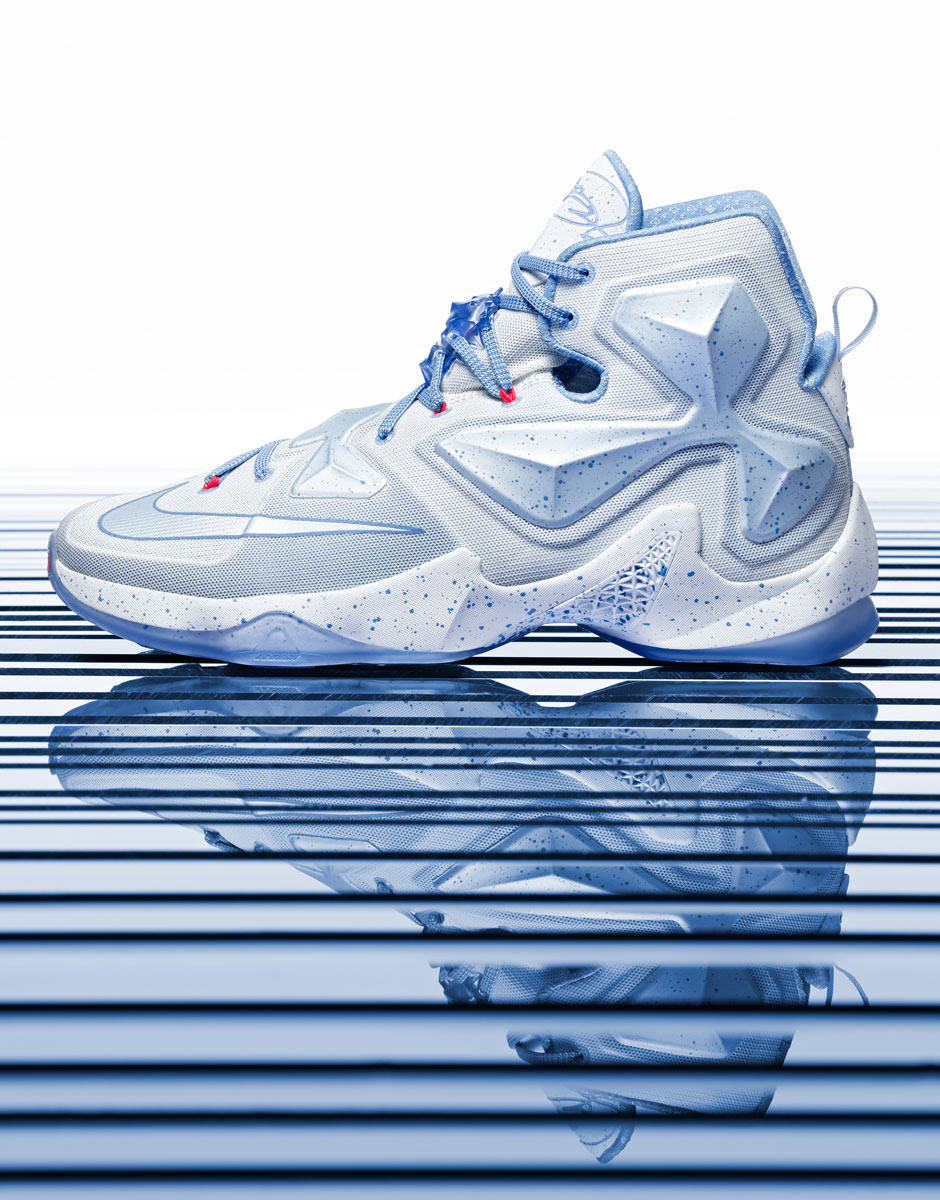 LeBron ditched the warm sunsets of Miami or the wind-burn in Cleveland. This LeBron 13 “Christmas” is a nod to the hard winters in the Midwest. 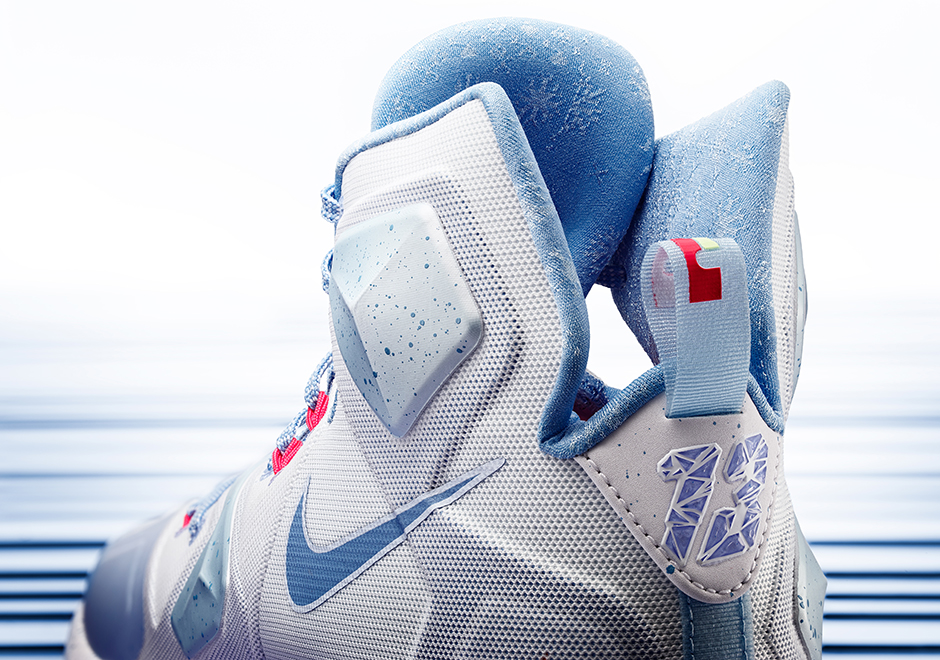 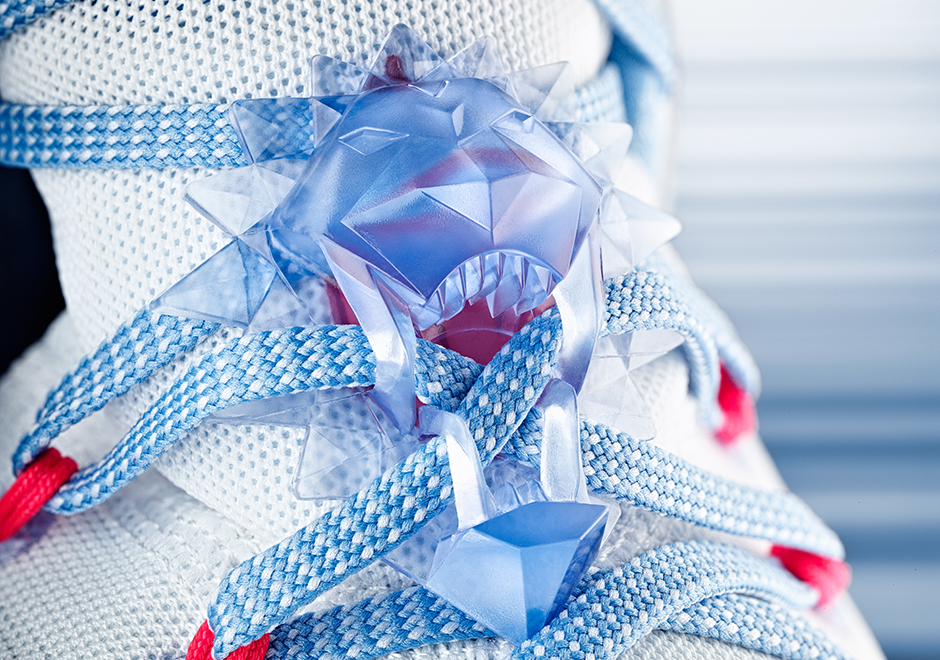 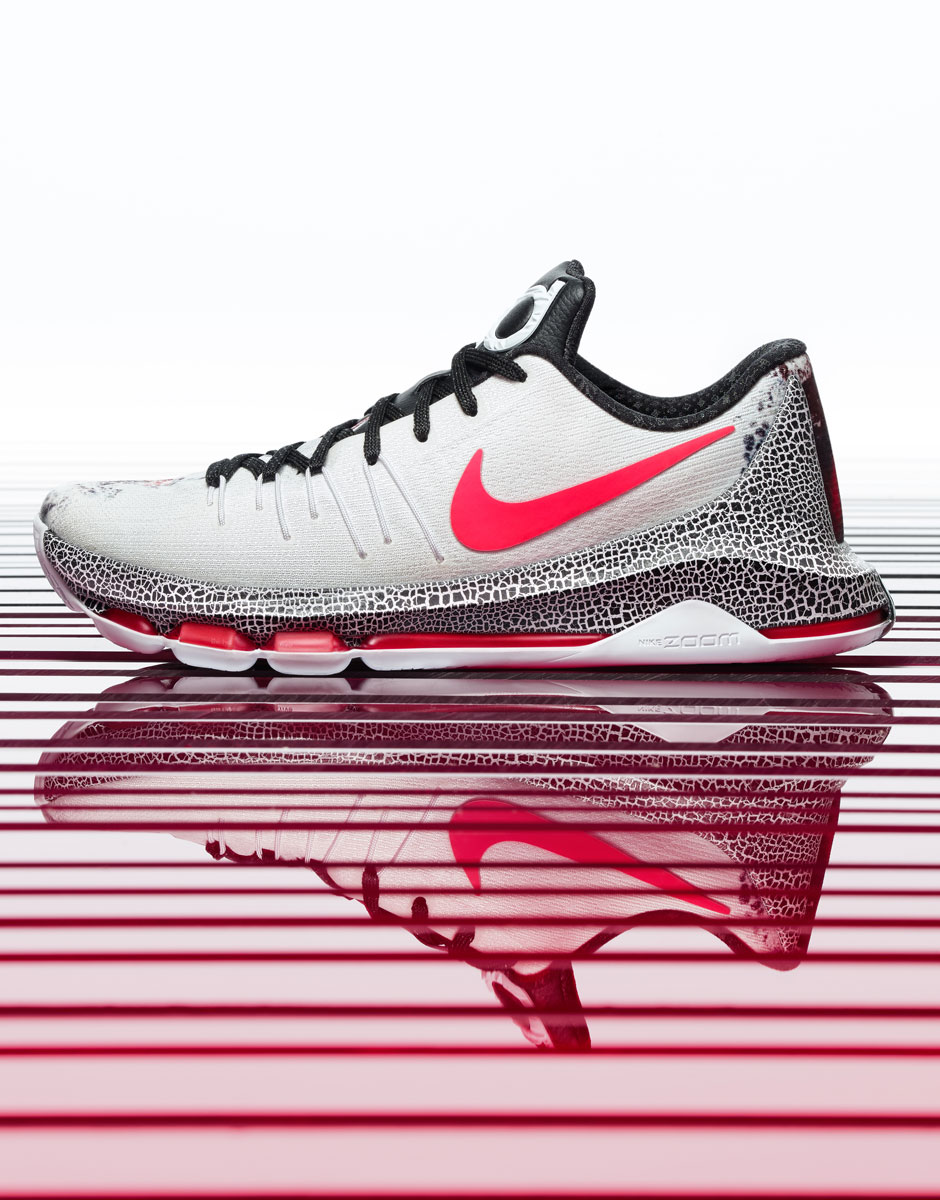 Reflecting Kevin Durant’s persona of being one of a nicest dudes off the court and a mean one on it, Nike presents the KD 8 in “naughty and nice” fashion by way of alternating color-blocking. 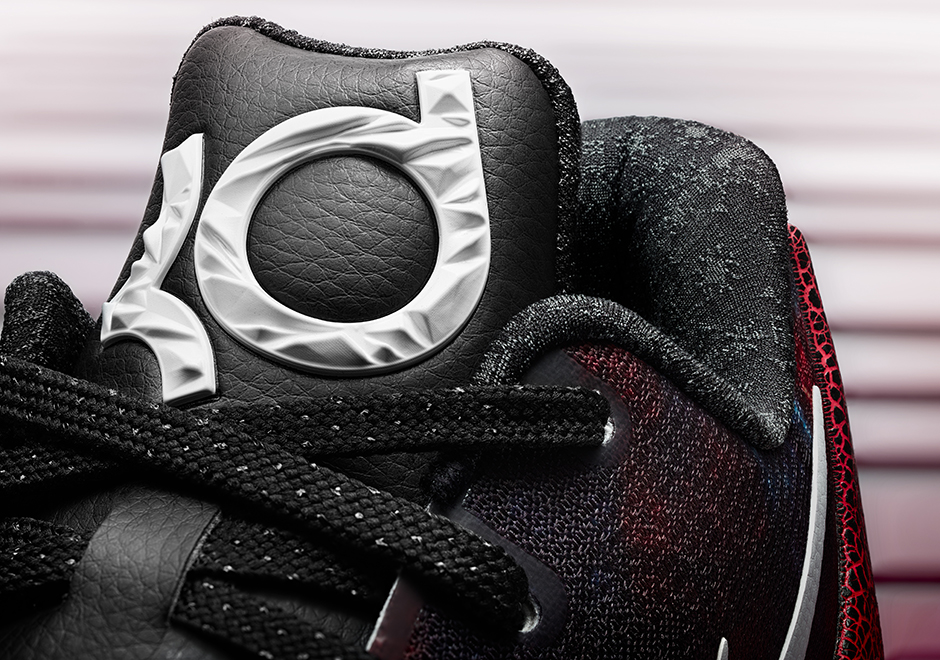 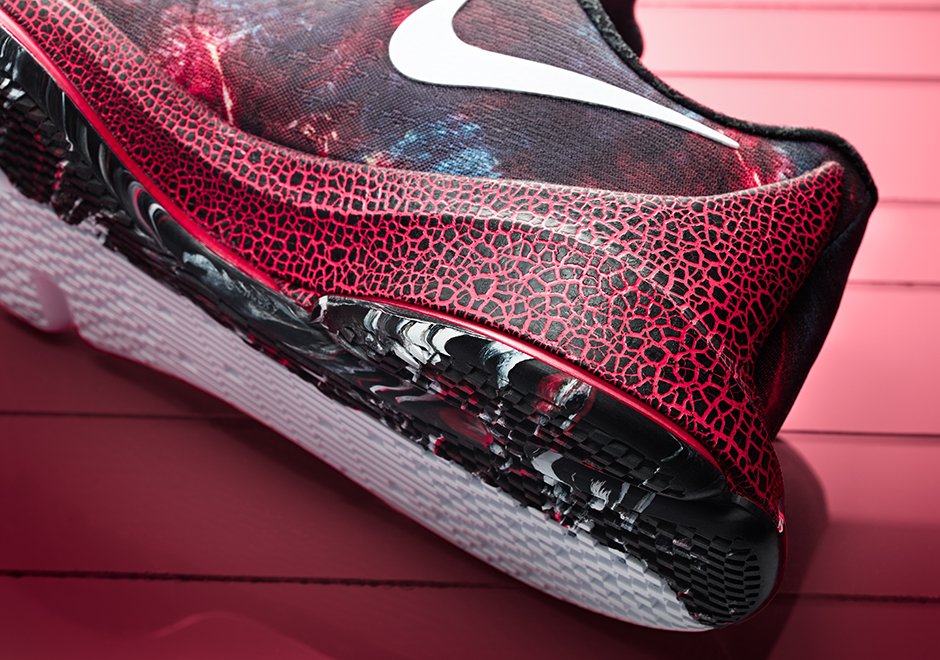 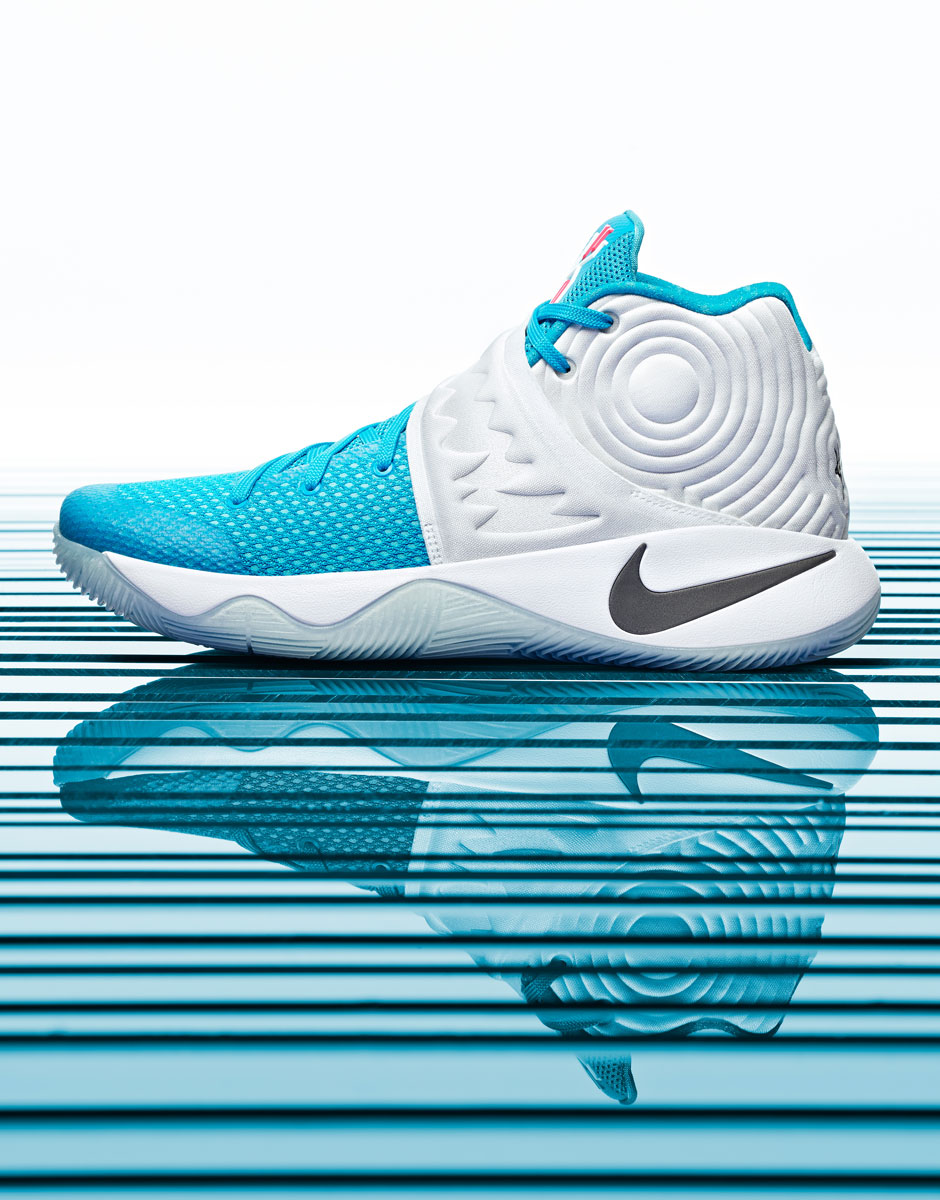 The Nike Kyrie 2 retells the age-old myth of the abominable snowman with the icy blue colorway and tooth-like graphic on the strap. 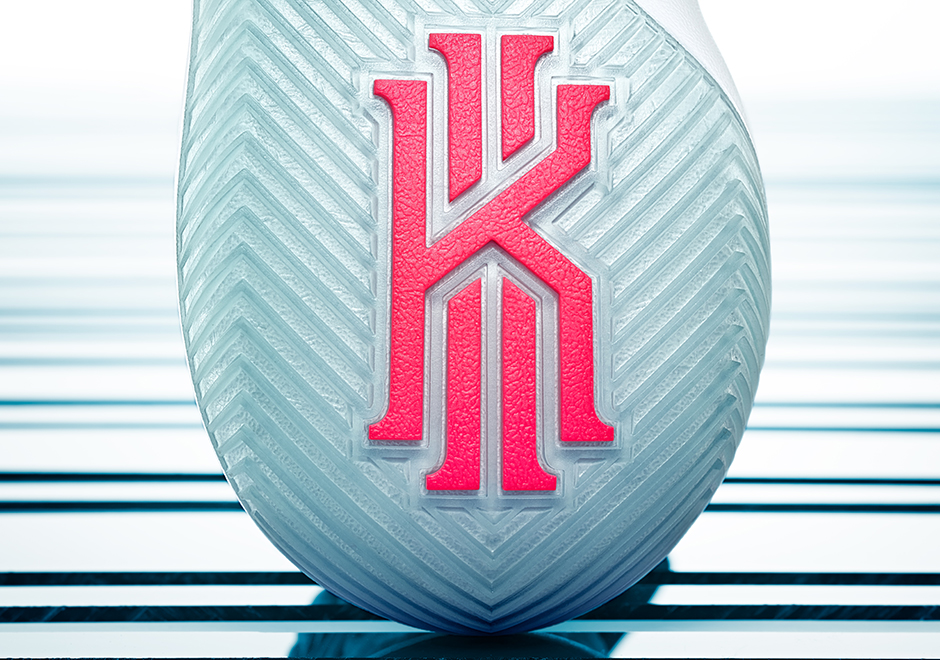 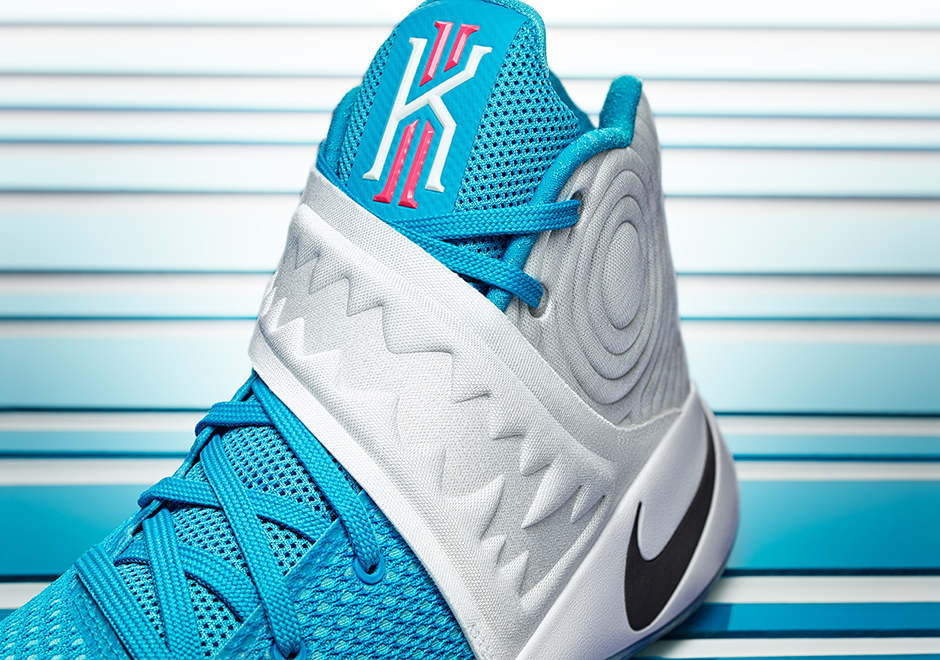